NEWS WATCH: Will The “ETERNALS” Lead The Next Marvel Studios Phase?

Jack Kirby’s “Eternals” looks to be the front runner for Marvel Studios next Phase. 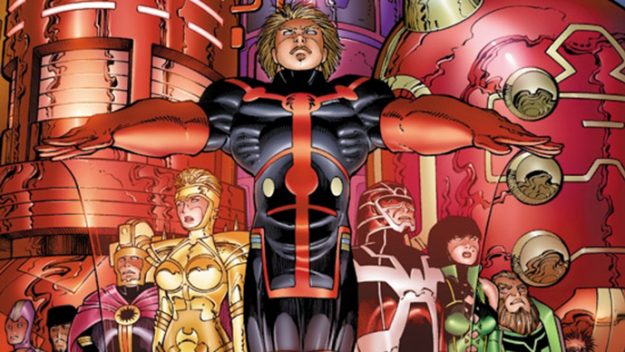 Believe it or not, Marvel Studios is months away from putting its Phase 3 to bed and is gearing up to begin on Phase 4. It’s a little hard not to be amazed by Marvels cinematic universe and the fact that it started way back in 2008. Three Phases that span 12 years, 22 movies in the Infinity Stones story arc, 3 TV series, 9 if you count the 6 on Netflix, that help to expand on this ever-evolving universe. So it’s no surprise to me that Jack “The King” Kirby “Eternals” is what Marvel Studios might be using going forward.

Kirby’s “Eternals” is a story about a race, an offshoot to the human evolutionary process, of long-lived, possibly unaging, god-like beings. They can be killed if their molecules are dispersed over a large enough area and there are very few of them due to their low birth rate. Though they are all separate species, Eternals have sworn to protect humans from their destructive counterparts the Deviants.

For a while little was know about the “Eternals” other then Matthew and Ryan Firpo set to write the screenplay and Chole Zhao (The Rider) to direct. Recently in a interview with Collider.com, at the press day for Captain Marvel, president of Marvel Studios Kevin Feige opened up about the next Phase and the “Eternals” when he said “Everything after Endgame, and after Spider-Man: Far From Home, will be different and be unique, as we try to make every film. But seeing returning characters is certainly something we’re gonna do and want to do. But also introducing characters that the majority of the world has never heard of, much like Guardians, much like Avengers before we made Avengers. And there are lots of them. Eternals are one group, but we like the idea of introducing an ensemble, doing an ensemble movie from the start, as opposed to building up as we did with the first Avengers. More like Guardians, not tonally, but in terms of introducing a new group of people. You were asking about ’60s, and ’70s before. Jack Kirby did an immense, amazing epic with Eternals that spans tens of thousands of years, and that’s also something we haven’t really done, which is why that among many other things post-Endgame, we find appealing.” 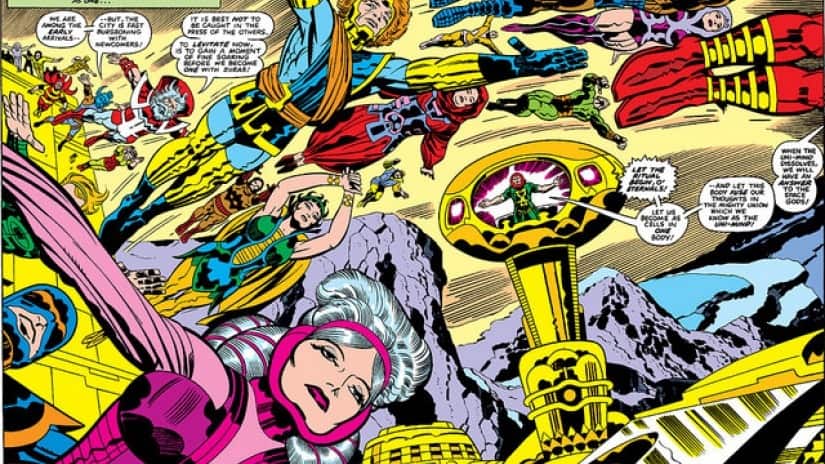 So it really does sound like Marvel Studios is making it a point to bring something new to the Marvel cinematic universe and to moviegoers. By taking the time to not only usher in some of “King Kirby’s” more wonderful and awe-inspiring creations but to give fans something fresh to geek out about.

NEWS WATCH: Will The “ETERNALS” Lead The Next Marvel Studios Phase?