In the realm of the Wastelands, Clint Barton’s sight may be gone, but his will to avenge is stronger than ever. And with the training and expert guidance of Matt Murdock, arrows will fly again… But what is Murdock’s actual target? And how will this change Hawkeye’s path in the Wastelands? 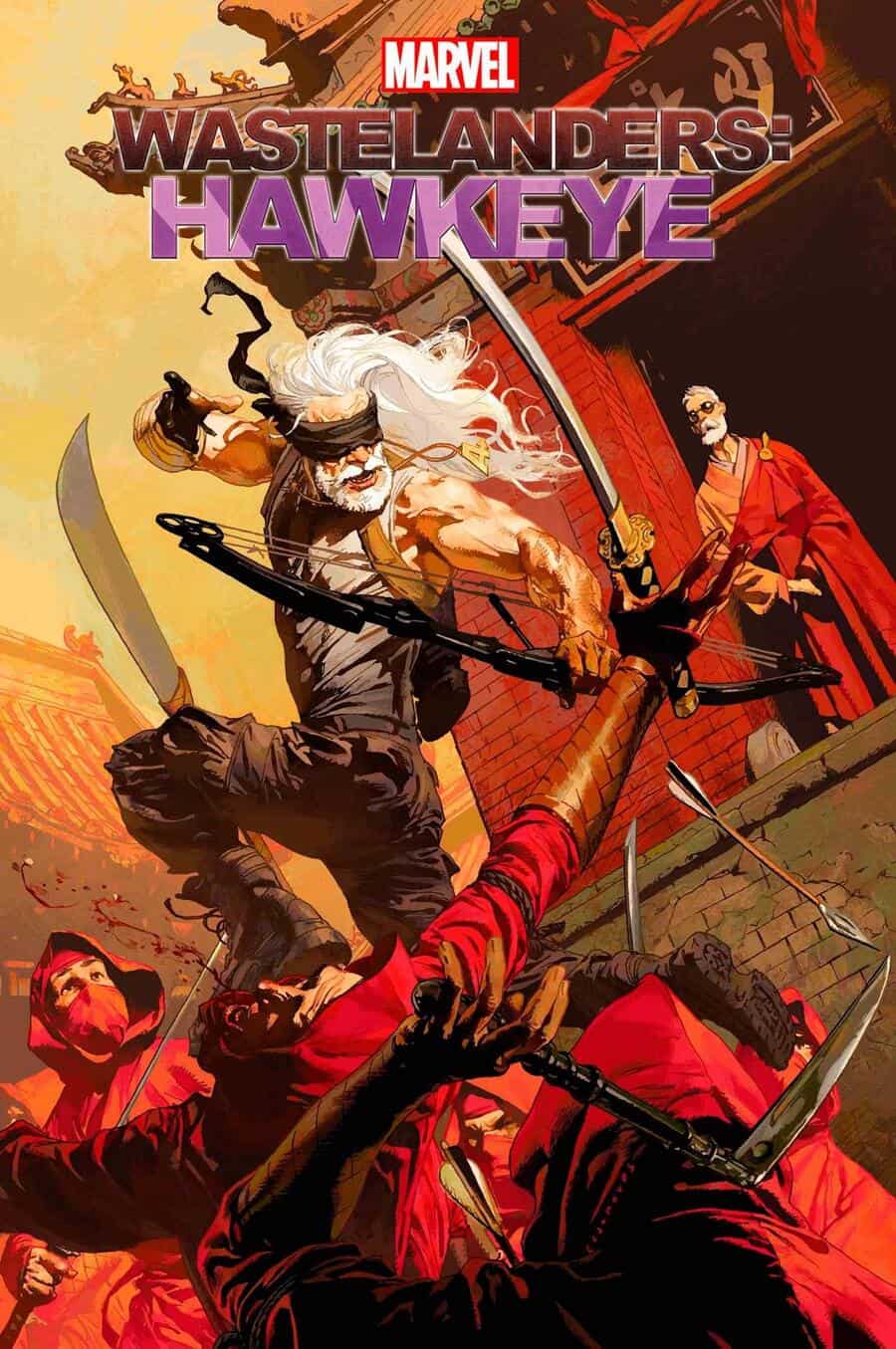 Written by Ethan Sacks with art Ibraim Roberson and colors by Dijjo Lima, WASTELANDERS: HAWKEYE #1 returns to the toxic tundra of the Wastelands as Clint Barton grapples with the greatest challenges of his life.

Also returning to the Wastelands is writer Sacks, who previously penned the acclaimed OLD MAN HAWKEYE series, which further explored Hawkeye’s Wastelands exploits after his original introduction in the legendary pages of “Old Man Logan.”

Take a peek at the spectacular Roberson-Lima preview art  below: 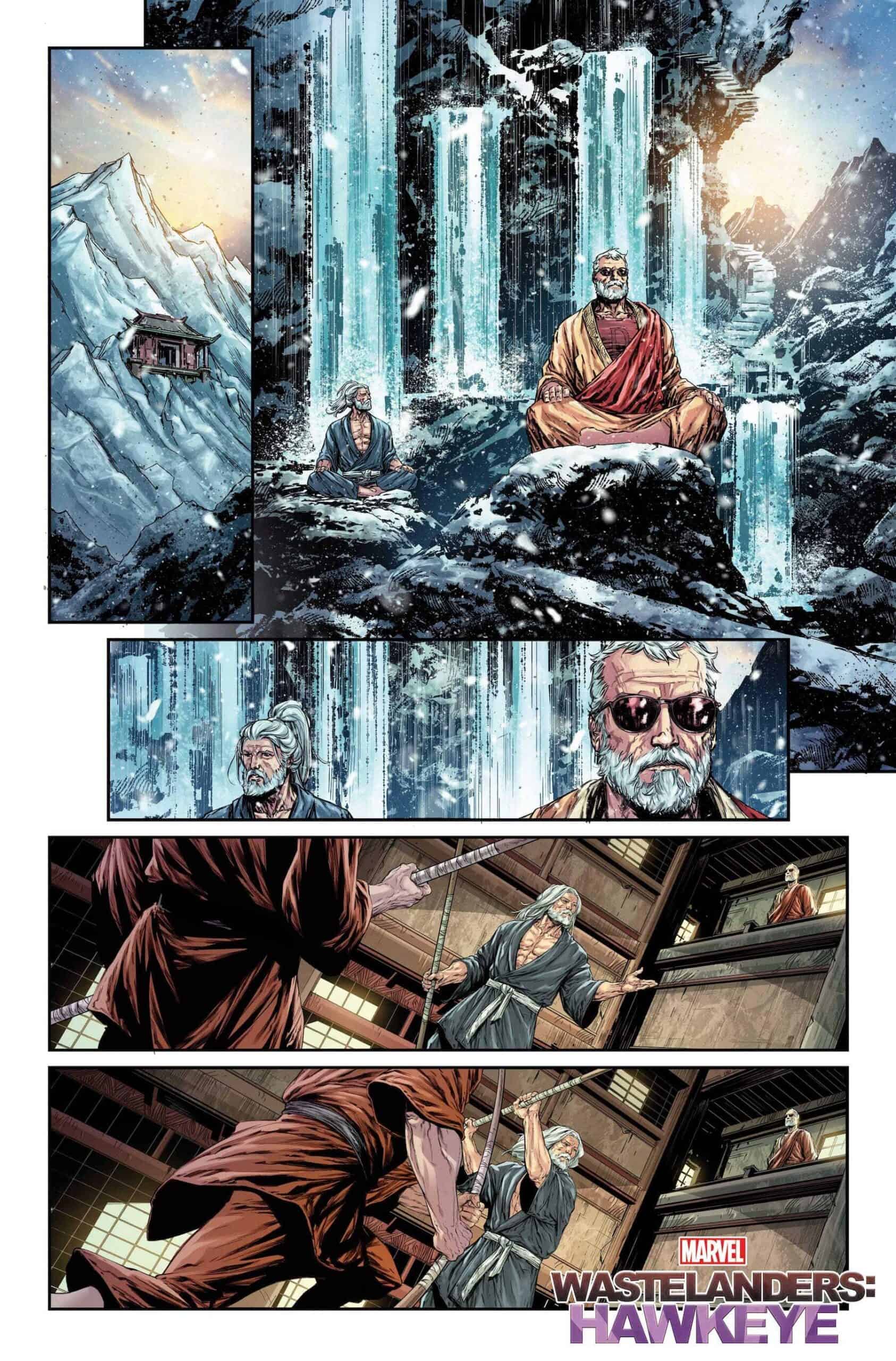 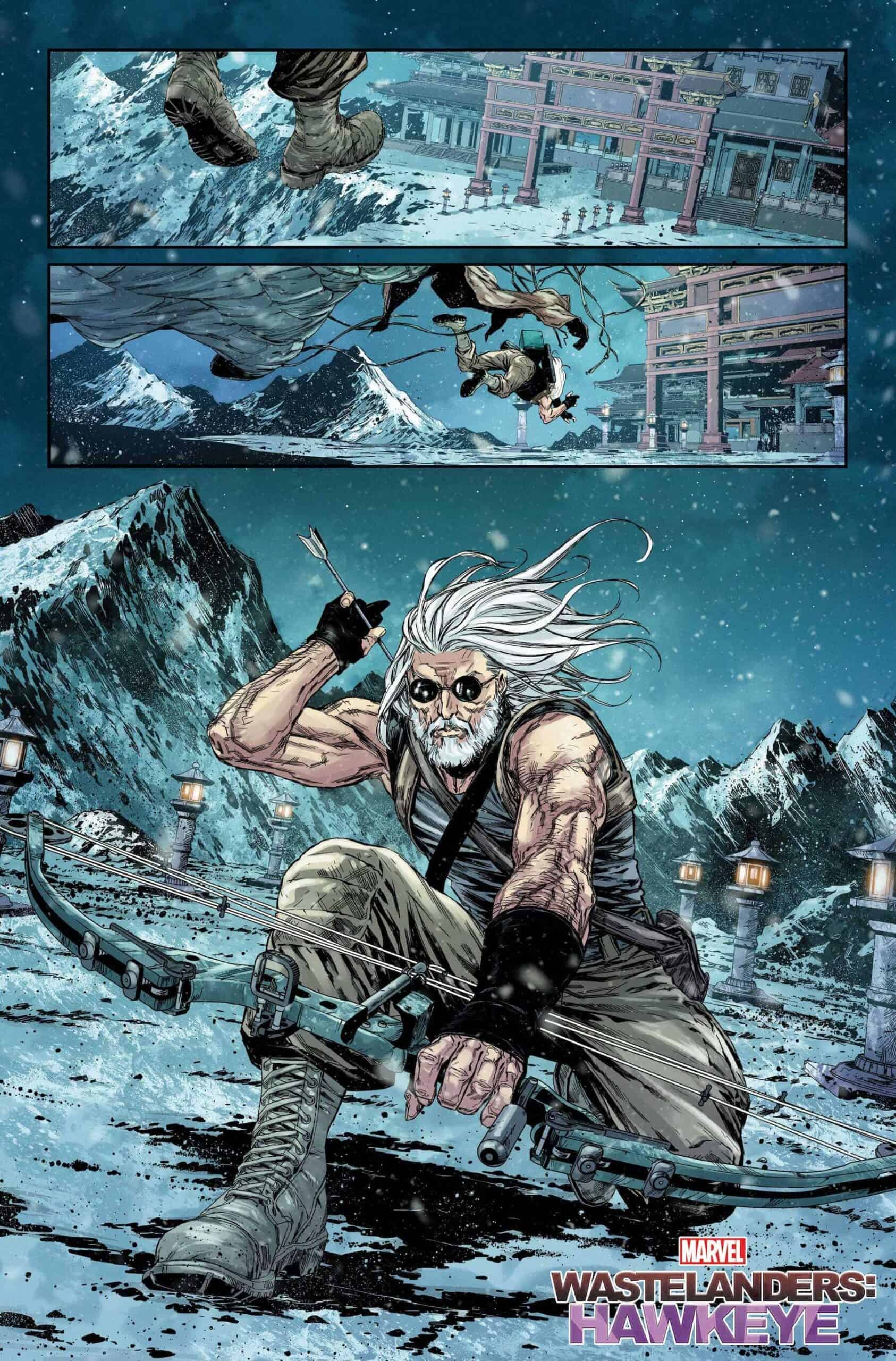 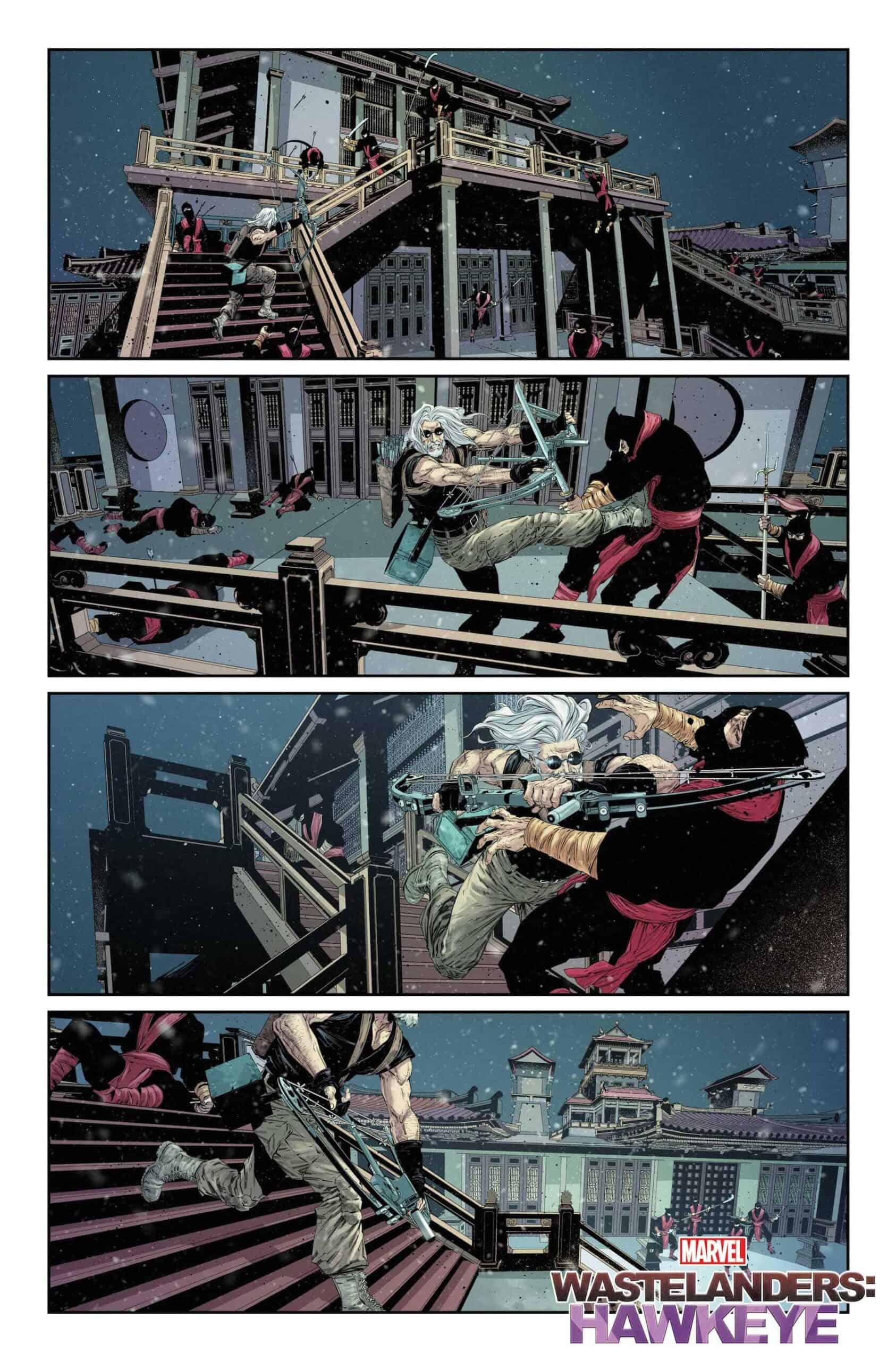 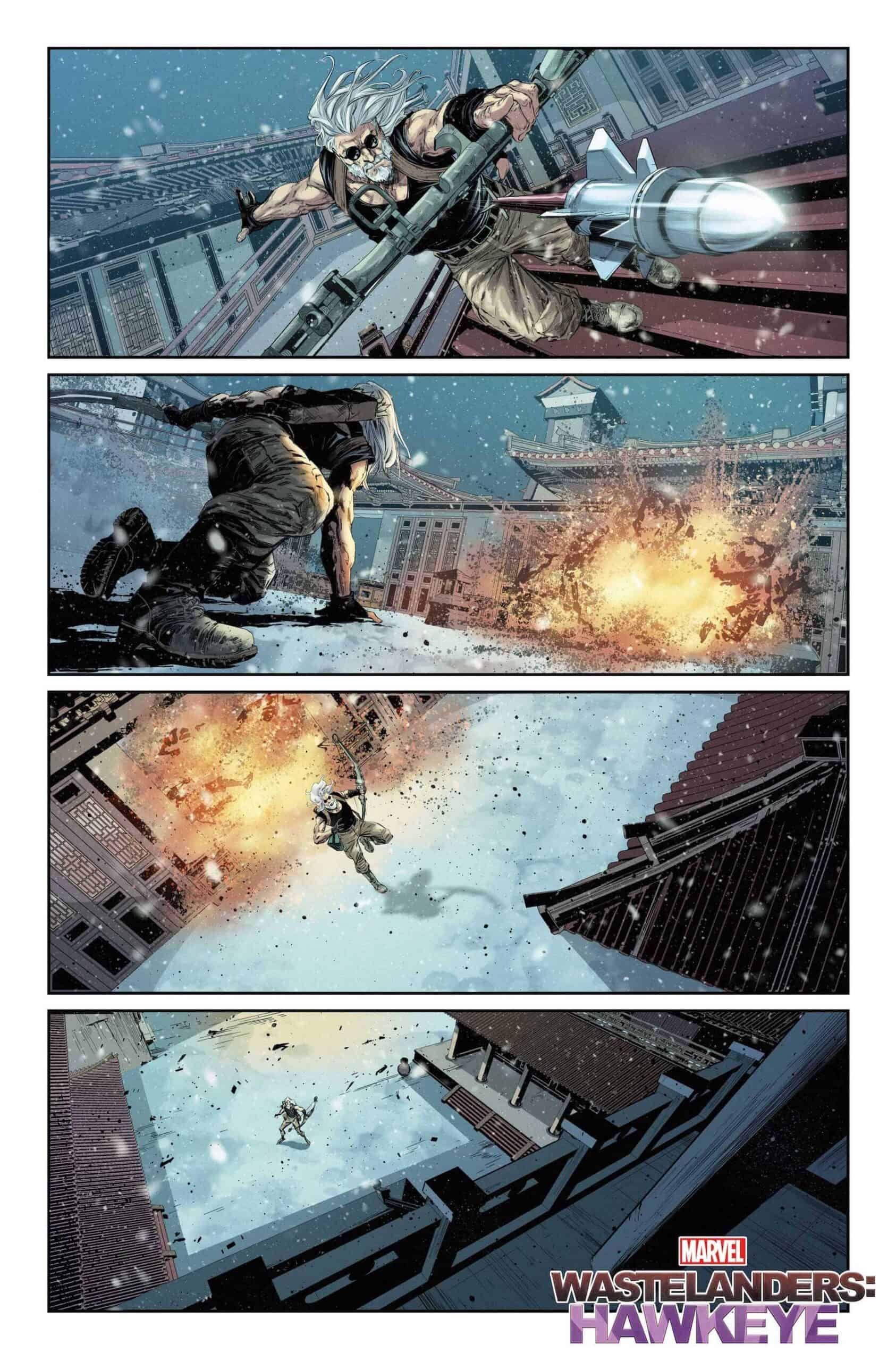 pre-order WASTELANDERS: HAWKEYE #1 with your local comic shop before reading on December 8!