Diana, the ethereal, larger-than-life feminist commune leader, prepares Marion to become the vessel for all of the rage and suffering of the commune—and of women everywhere. Marion and the other women on the commune take their revenge on Chuck and Howie as scapegoats for the sins of mankind. But will their brutal justice resolve the seemingly endless cycle of violence—or perpetuate it?

MAW is the newest release from BOOM! Studios’ eponymous imprint, home to critically acclaimed original series, including BRZRKR by Keanu Reeves, Matt Kindt, and Ron Garney; Something is Killing the Children by James Tynion IV and Werther Dell’Edera; Once & Future by Kieron Gillen and Dan Mora; We Only Find Them When They’re Dead by Al Ewing and Simone Di Meo; Seven Secrets by Tom Taylor and Daniele Di Nicuolo; Eat the Rich by Sarah Gailey and Pius Bak; Maw by Jude Ellison S. Doyle and A.L. Kaplan; and Basilisk by Cullen Bunn and Jonas Scharf. The imprint also publishes popular licensed properties, including Dune: House Atreides from Brian Herbert, Kevin J. Anderson, and Dev Pramanik; Mighty Morphin and Power Rangers from Ryan Parrott, Marco Renna, and Francesco Mortarino; and Magic from Jed McKay and Ig Guara.

Print copies of MAW #5 will be available for sale on January 19, 2022 exclusively at local comic book shops (use comicshoplocator.com to find the nearest one) or at the BOOM! Studios webstore. Digital copies can be purchased from content providers, including comiXology, iBooks, Google Play, and Kindle. Print copies of  MAW SC, collecting the entire five-issue series, will be available for sale on July 27, 2022 at local comic book shops and August 2, 2022 everywhere books are sold. 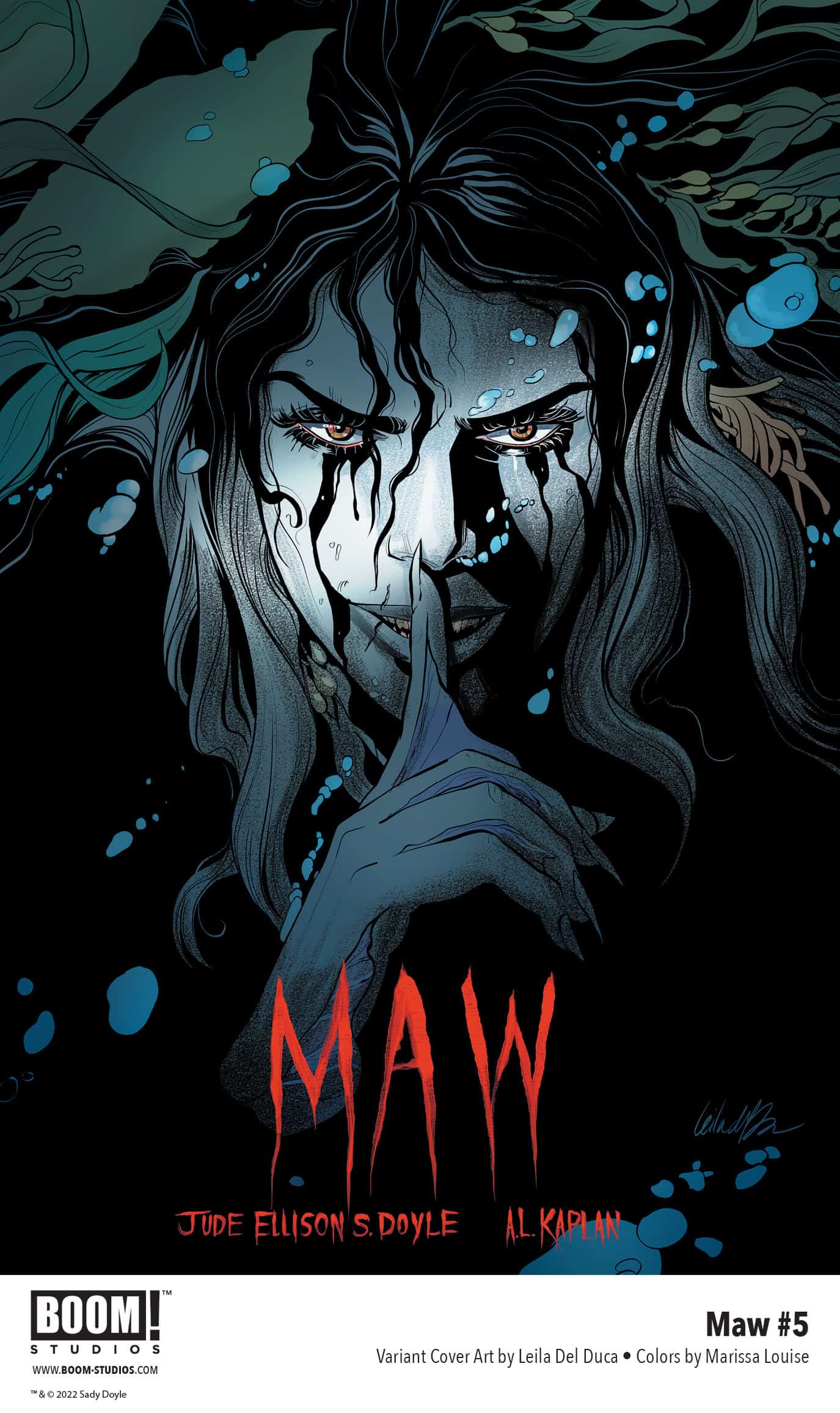 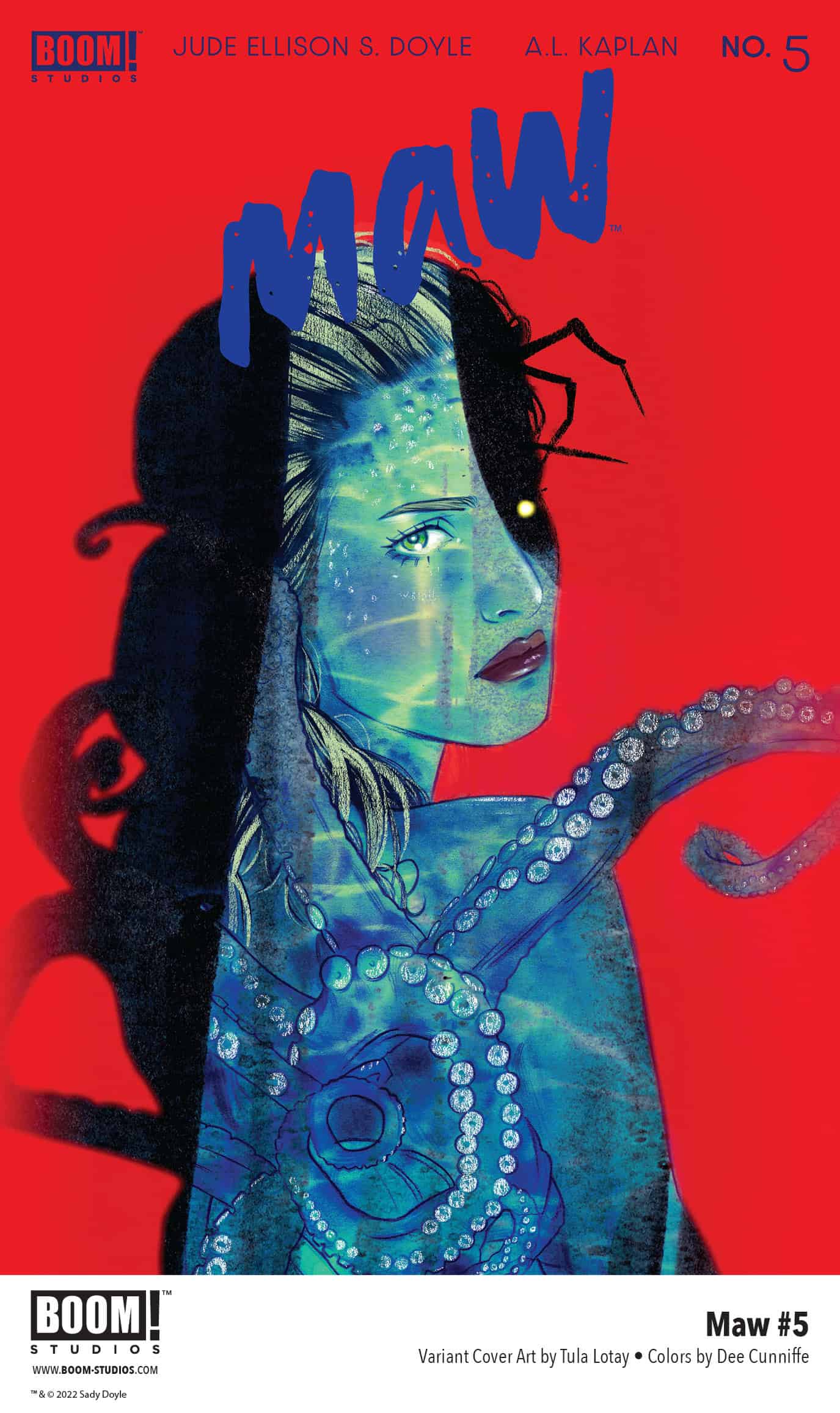 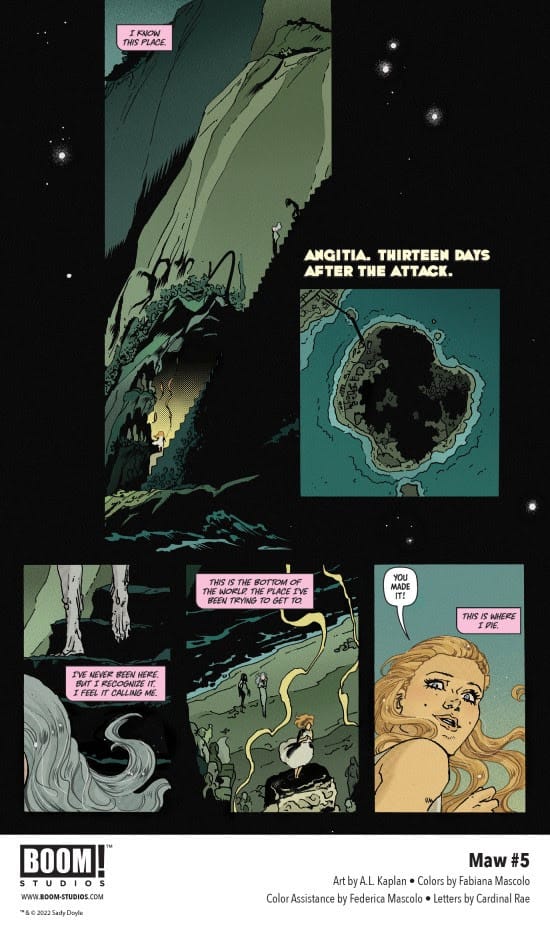 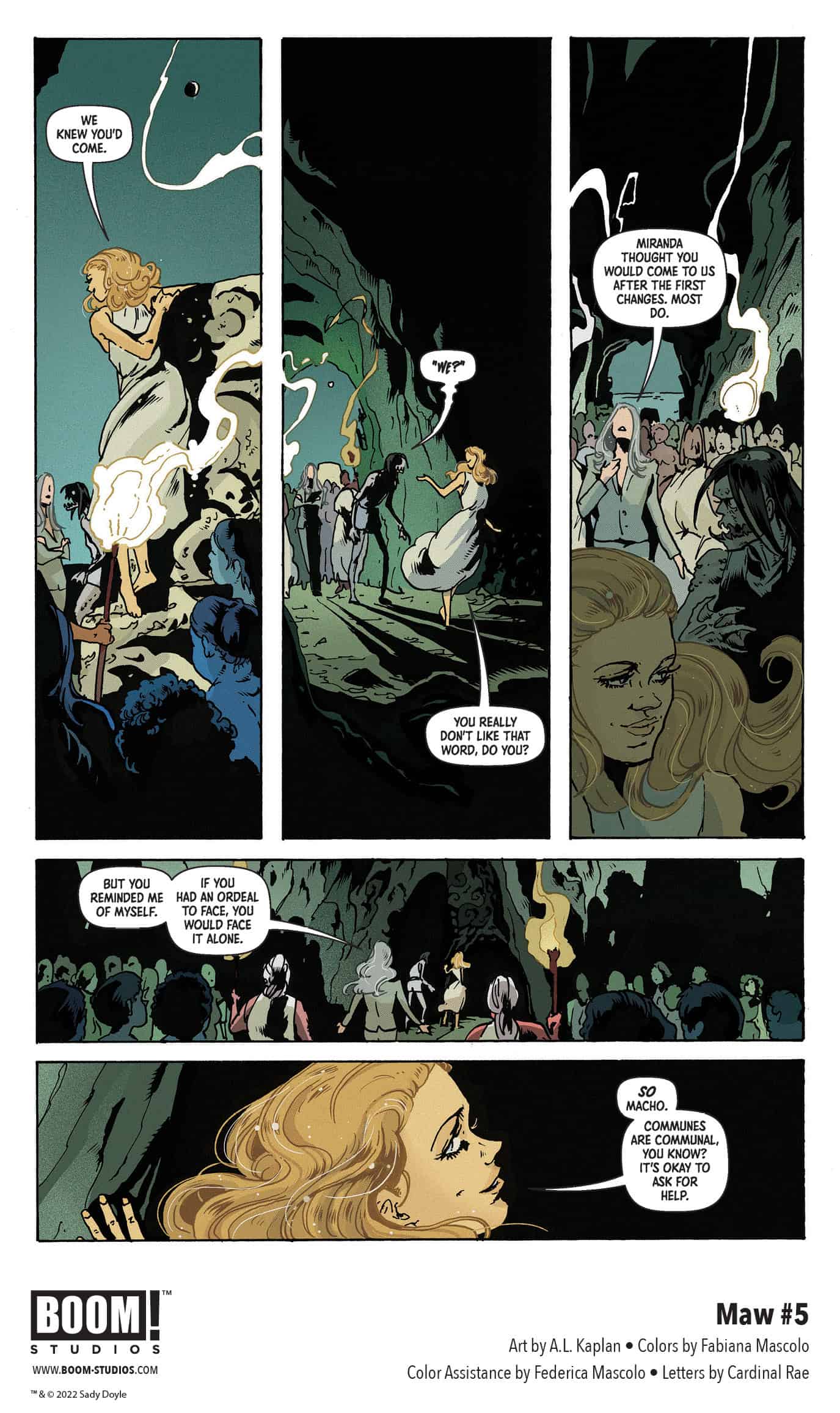 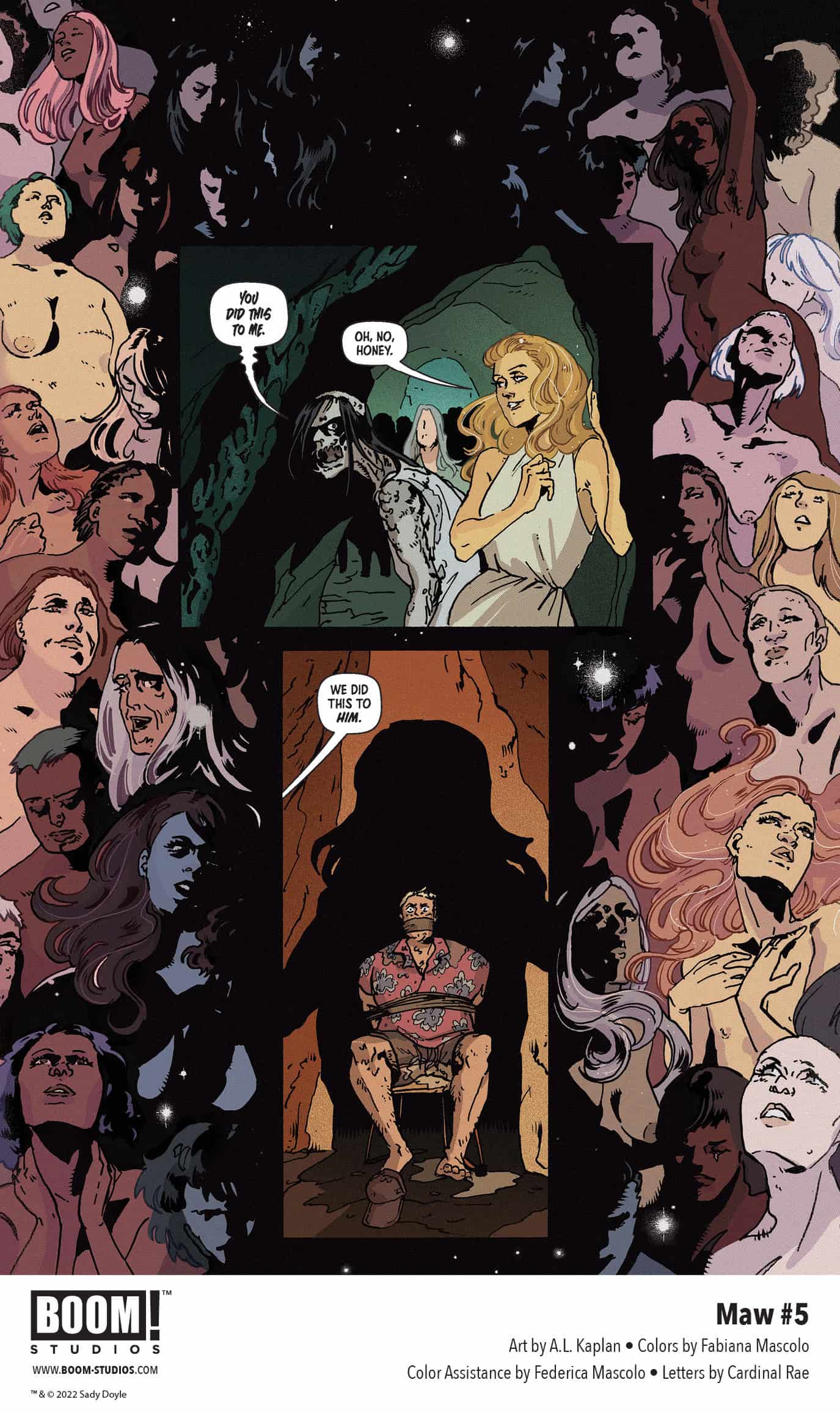 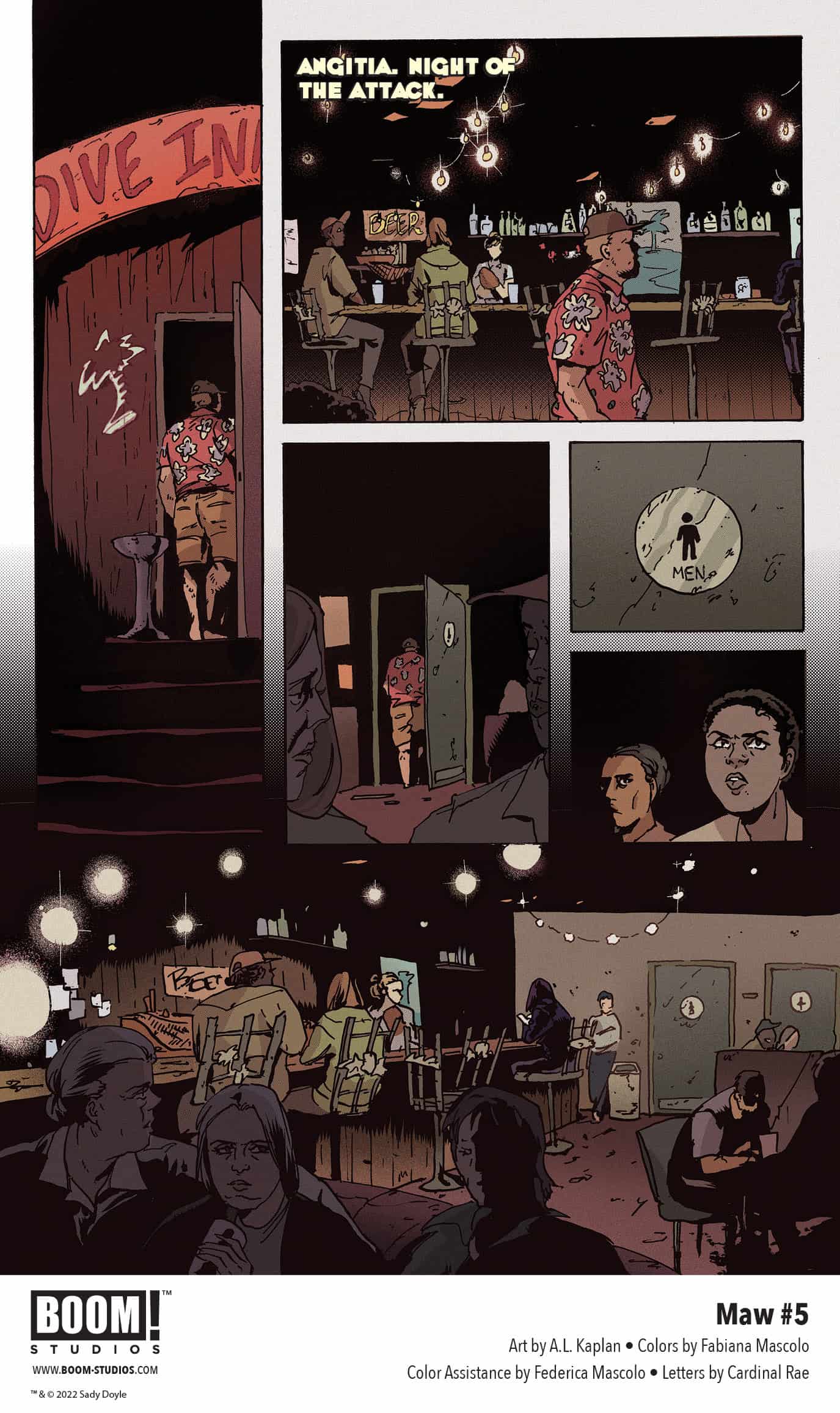 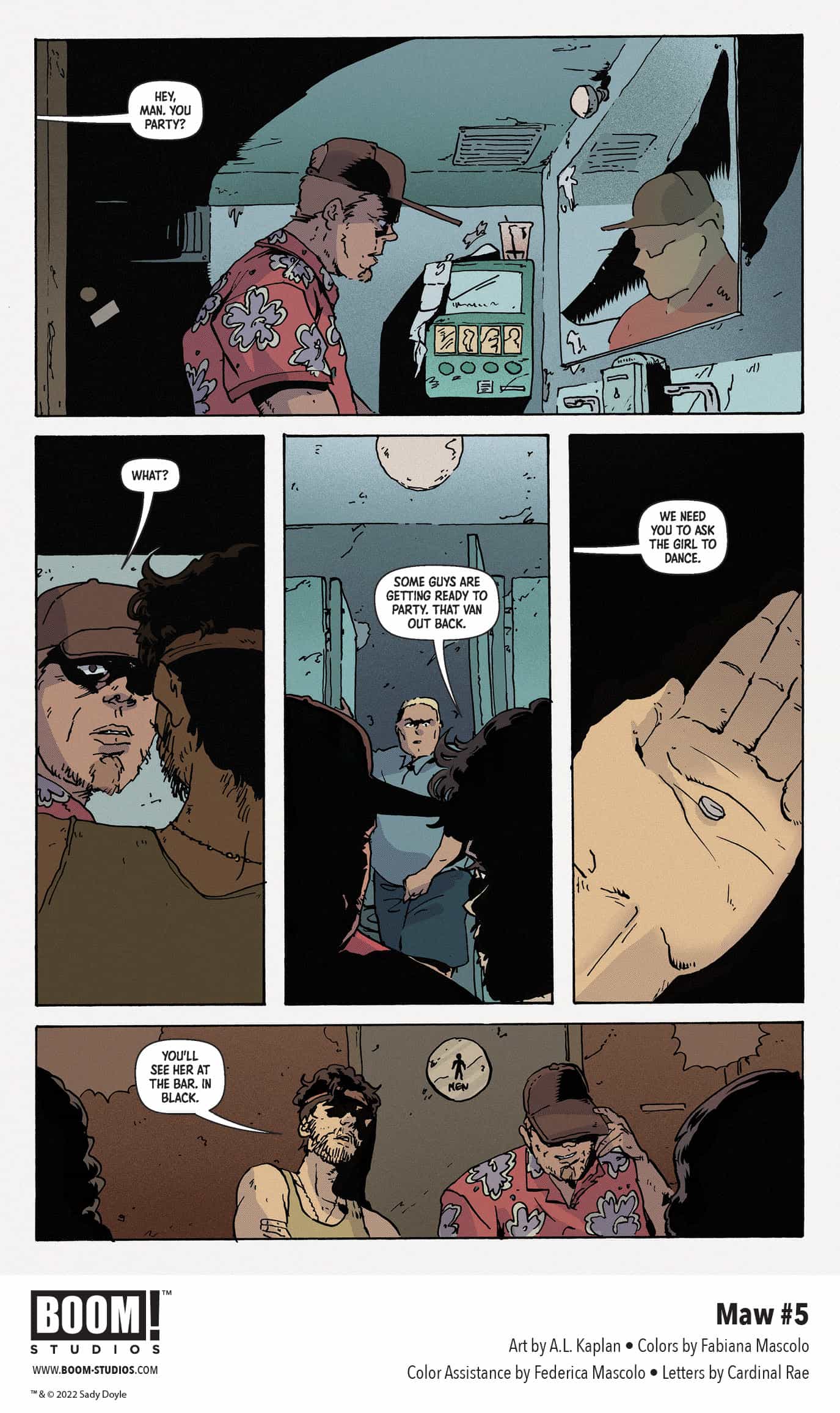