The hunt for the Zero Shard begins! On June 8, Marvel and Fortnite fans are in for another unforgettable interdimensional battle with FORTNITE X MARVEL: ZERO WAR #1! The five-issue limited series will see veteran Marvel writer Christos Gage (SPIDER-GEDDON, AVENGERS ACADEMY) team up with Epic Games’ Chief Creative Officer, Donald Mustard and artist Sergio Davíla (CAPTAIN MARVEL) for an in-continuity saga packed with enormous ramifications for both universes! The comic’s story follows the inhabitants on the Island who are locked in what seems to be a never-ending war, and only one thing has the potential to turn the tide—a crystallized fragment of the Zero Point that was cast into the Marvel Universe! For the first time, fans will witness iconic Fortnite characters adventure alongside heroes such as Spider-Man, Wolverine, Iron Man, and Shuri. Can these newfound allies find the Zero Shard in time and avert catastrophe? Get your first look at the battles to come in the all-new FORTNITE X MARVEL: ZERO WAR #1 trailer, featuring never-before-seen artwork! 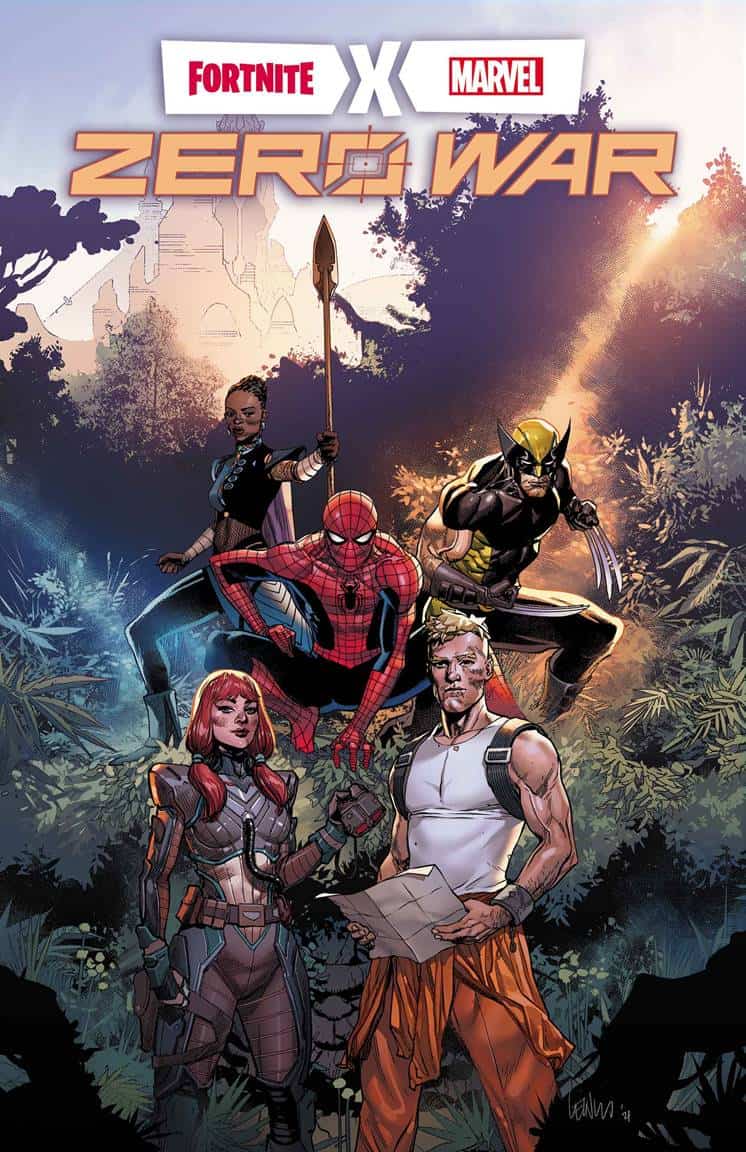 “MARVEL X FORTNITE: ZERO WAR is the kind of epic, widescreen, action-packed event that both Marvel and Fortnite fans love,” Gage promises. “Getting to work on it with the brilliant Donald Mustard, Sergio Davila, and the rest of our incredible creative team is a dream come true. I get to write a story with dinosaurs, a giant robot, Marvel superheroes, Fortnite characters and Dr. Doom…in adventures that will have a major effect on them all! I’ve been dreaming of this moment since I first read CONTEST OF CHAMPIONS in 1982!”

As previously announced, each first-print issue of FORTNITE X MARVEL: ZERO WAR #1-5 will contain a code redeemable for a Marvel-themed digital cosmetic in Fortnite. Readers of the series will be the first to access these digital cosmetics, which will be exclusive to comic fans for a limited time before they become available for purchase in the Fortnite Item Shop. Not only that, select in-game items will ONLY be available with the redeemable codes from the FORTNITE X MARVEL: ZERO WAR first-print comics.

Here are the in-game items Marvel and Fortnite fans can look forward to unlocking in the coming months: