NEWS WATCH: WYND is Back, Darker and More Dangerous in Your First Look at THE THRONE IN THE SKY #1

BOOM! Studios revealed the first look at the return of the Eisner-nominated blockbuster fantasy WYND: THE THRONE IN THE SKY #1, the premier issue of the five-issue series kicking off a new chapter in the acclaimed original series by Eisner Award winner James Tynion IV (Something is Killing the Children) and artist Michael Dialynas (Teenage Mutant Ninja Turtles), the GLAAD Award-winning creative team behind The Woods, with letterer AndWorld Design (The Many Deaths of Laila Starr), available in August 2022.

The land of Esseriel has grown darker and more dangerous, as tensions between the human and Faerie realms threaten to erupt into all-out war. Could Wynd be the only hope for peace? And what will his destiny be if he truly is one of the legendary WINGED ONES? Prepare to embark on an extraordinary fantasy adventure, and discover a world of mysterious legends, ancient prophecies, and the brave heroes at the center of it all!

WYND is the newest release from BOOM! Studios’ eponymous imprint, home to critically acclaimed original series, including BRZRKR by Keanu Reeves, Matt Kindt, and Ron Garney; Something is Killing the Children by James Tynion IV and Werther Dell’Edera; Once & Future by Kieron Gillen and Dan Mora; We Only Find Them When They’re Dead by Al Ewing and Simone Di Meo; Seven Secrets by Tom Taylor and Daniele Di Nicuolo; The Many Deaths of Laila Starr by Ram V and Filipe Andrade; Basilisk by Cullen Bunn and Jonas Scharf; Faithless by Brian Azzarello and Maria Llovet; Alice Ever After by Dan Panosian and Giorgio Spalletta; Grim by Stephanie Phillips and Flaviano; and the upcoming Briar by Christopher Cantwell and German Garcia, and Stuff of Nightmares by R.L. Stine and A.L. Kaplan. The imprint also publishes popular licensed properties, including Dune: House Atreides from Brian Herbert, Kevin J. Anderson, and Dev Pramanik; Mighty Morphin and Power Rangers from Ryan Parrott, Mat Groom, Moises Hidalgo, and Marco Renna; and Magic from Jed McKay and Ig Guara. 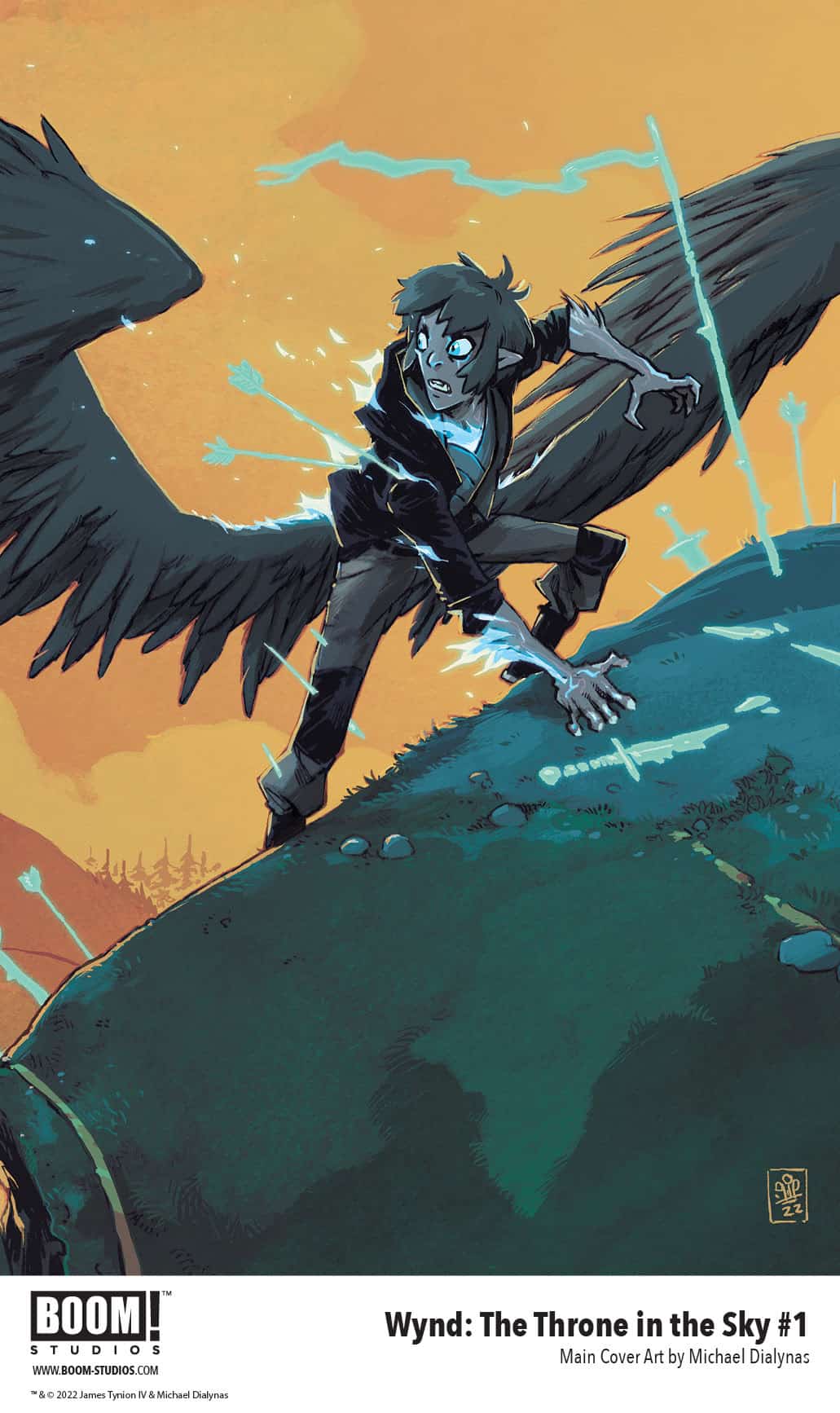 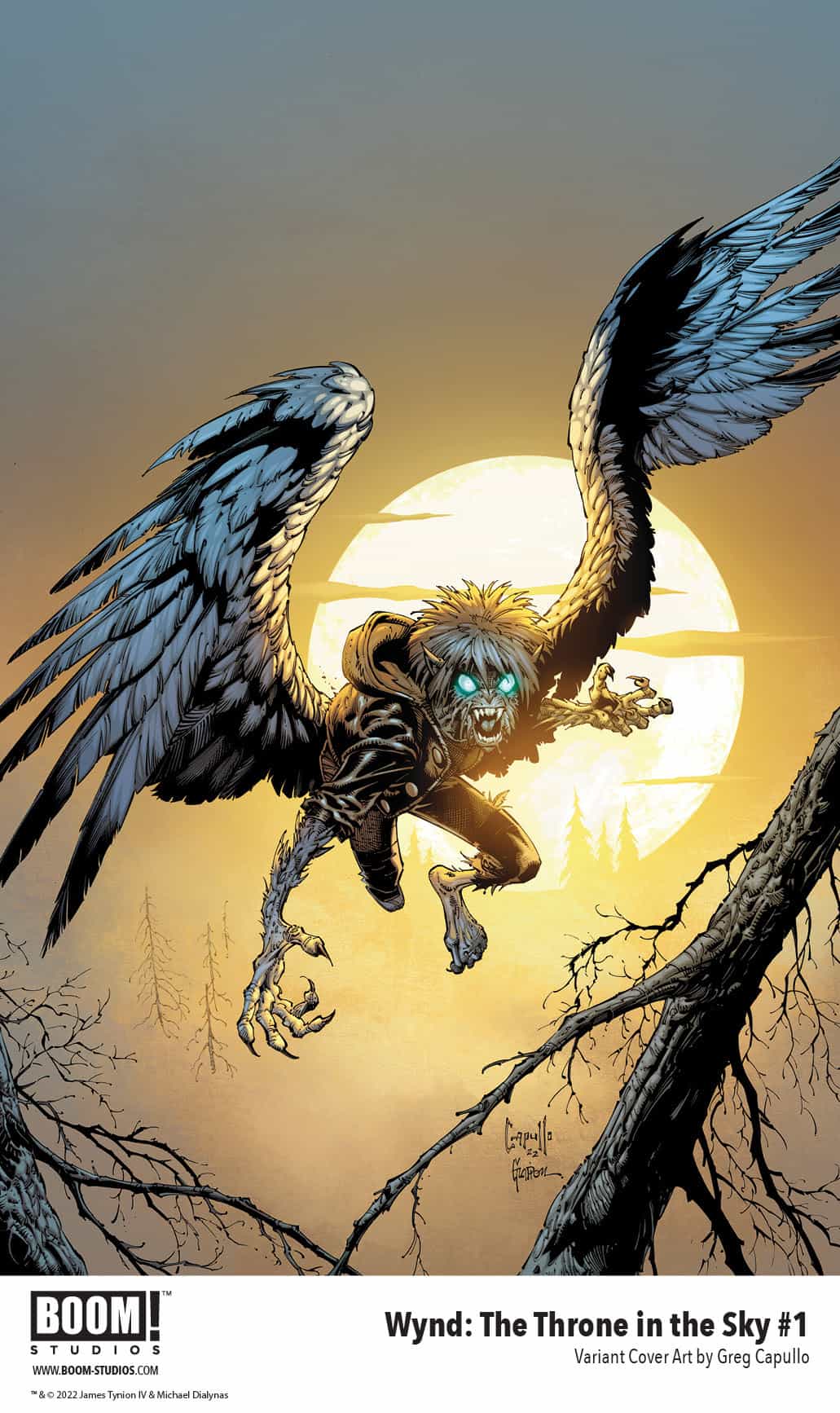 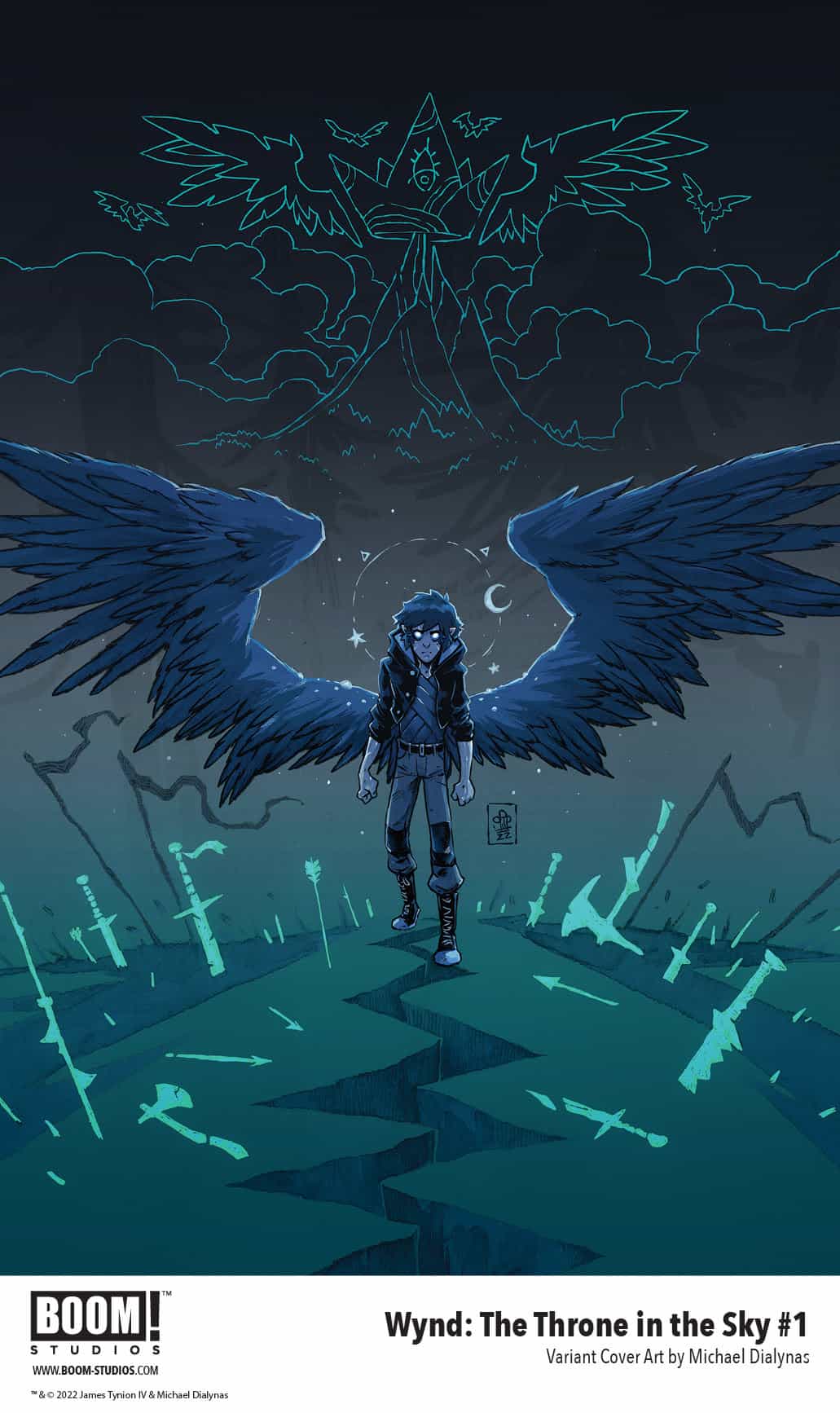 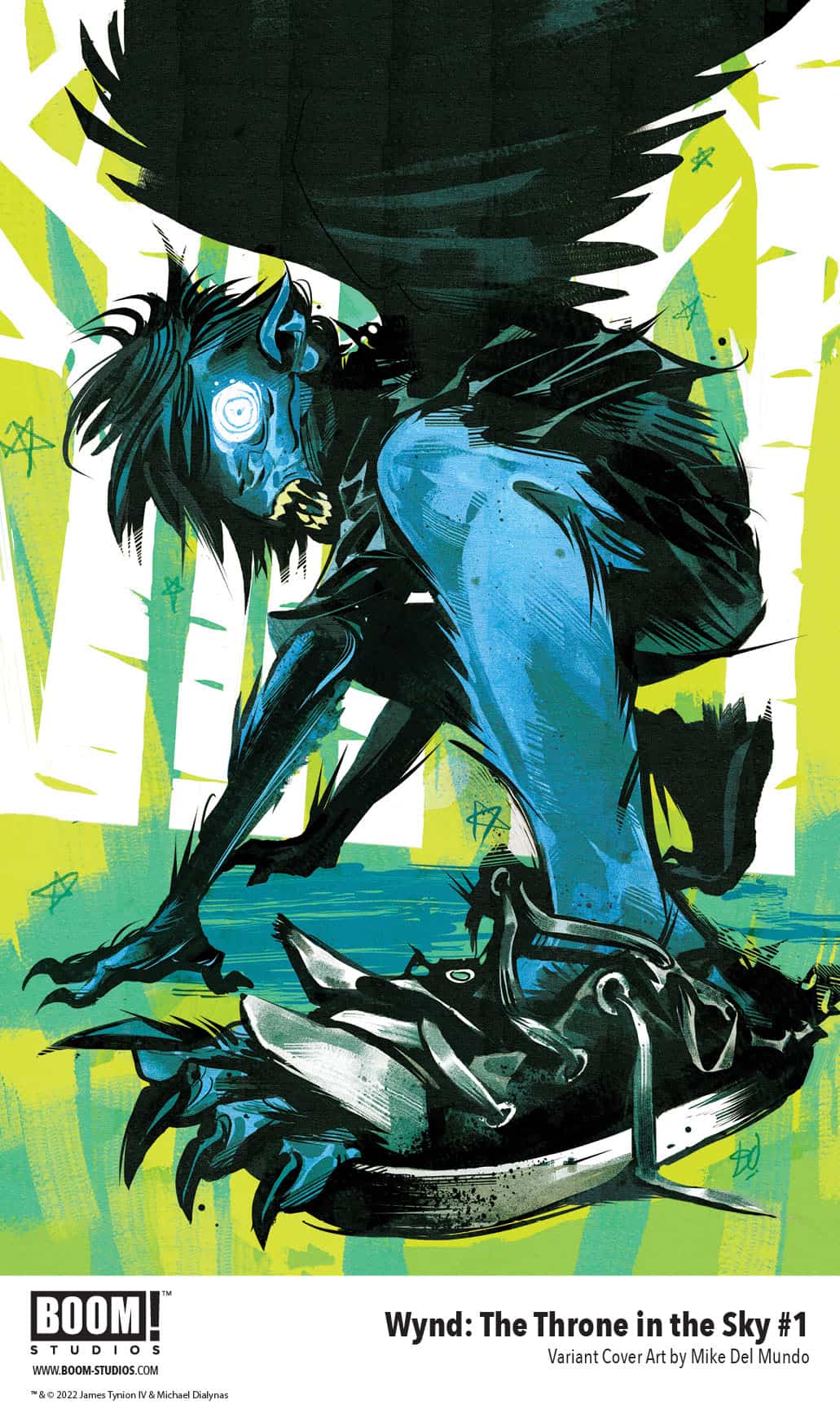 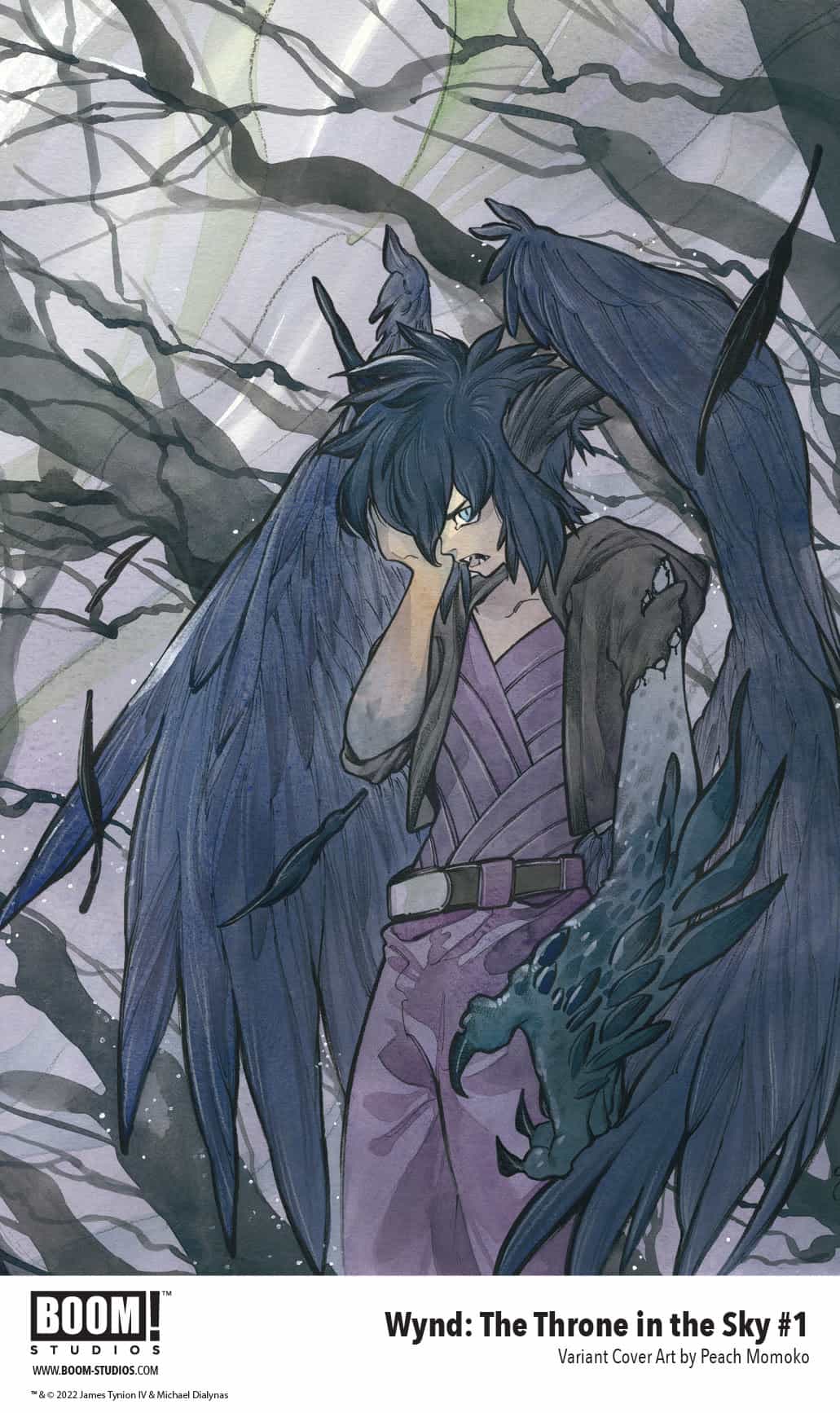 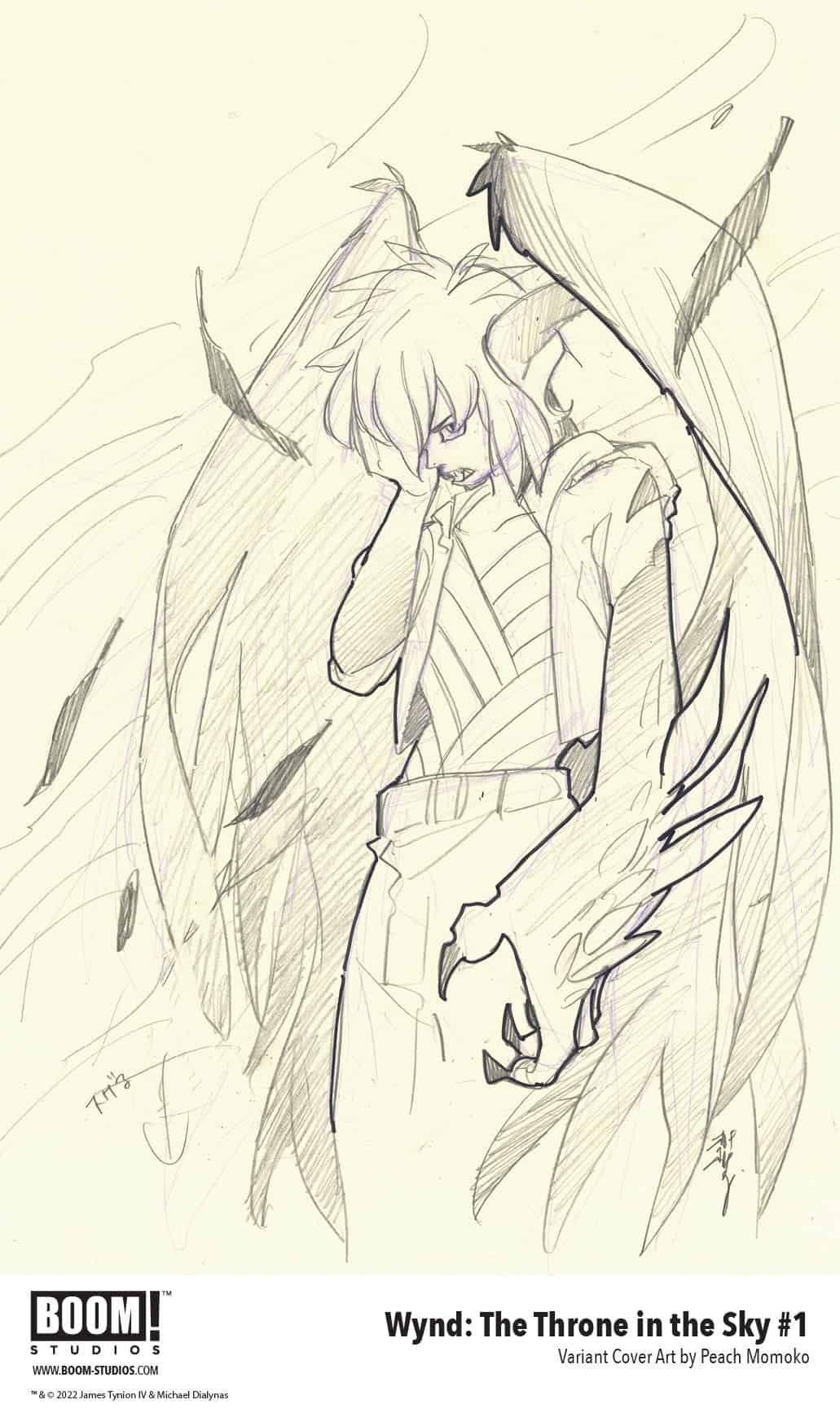 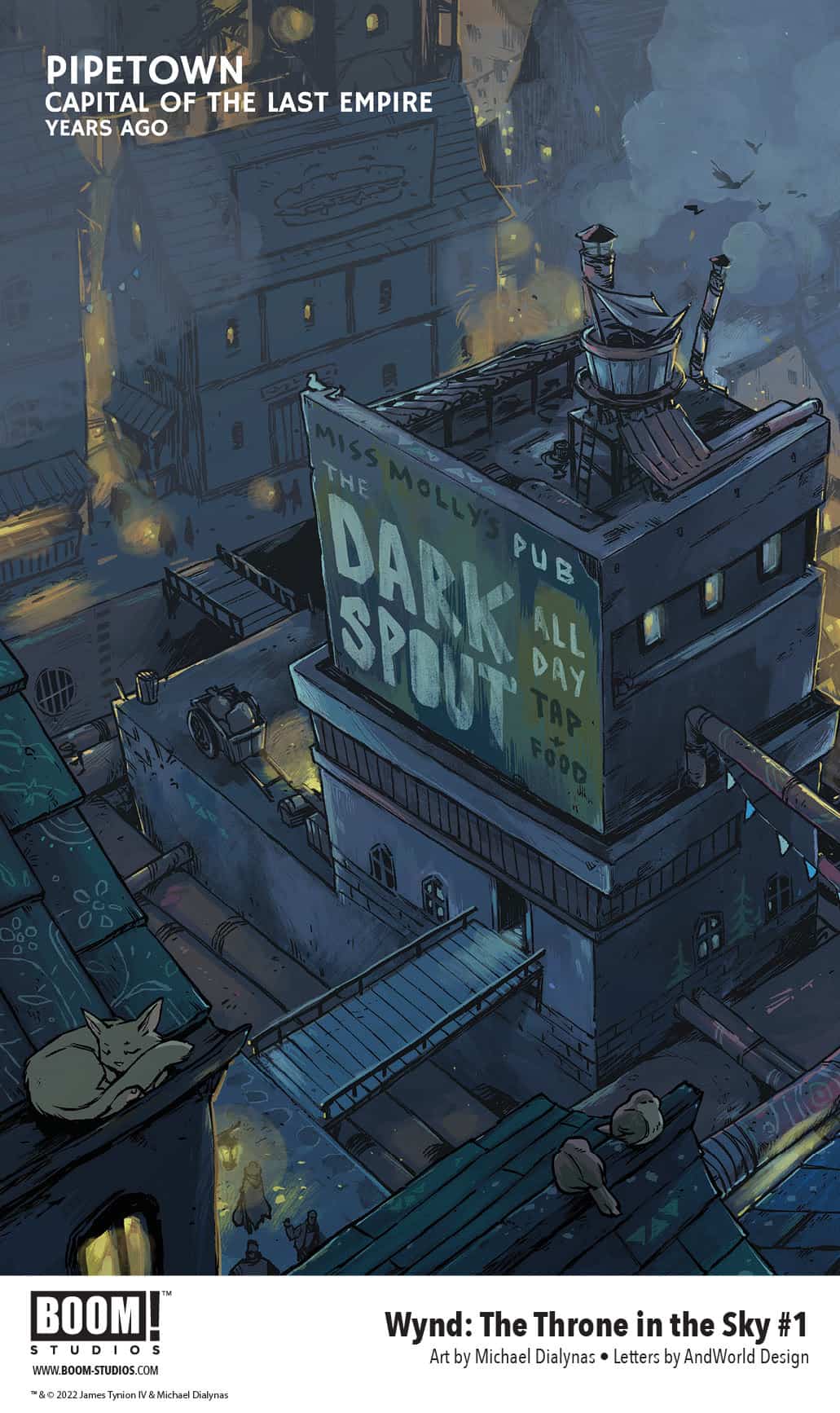 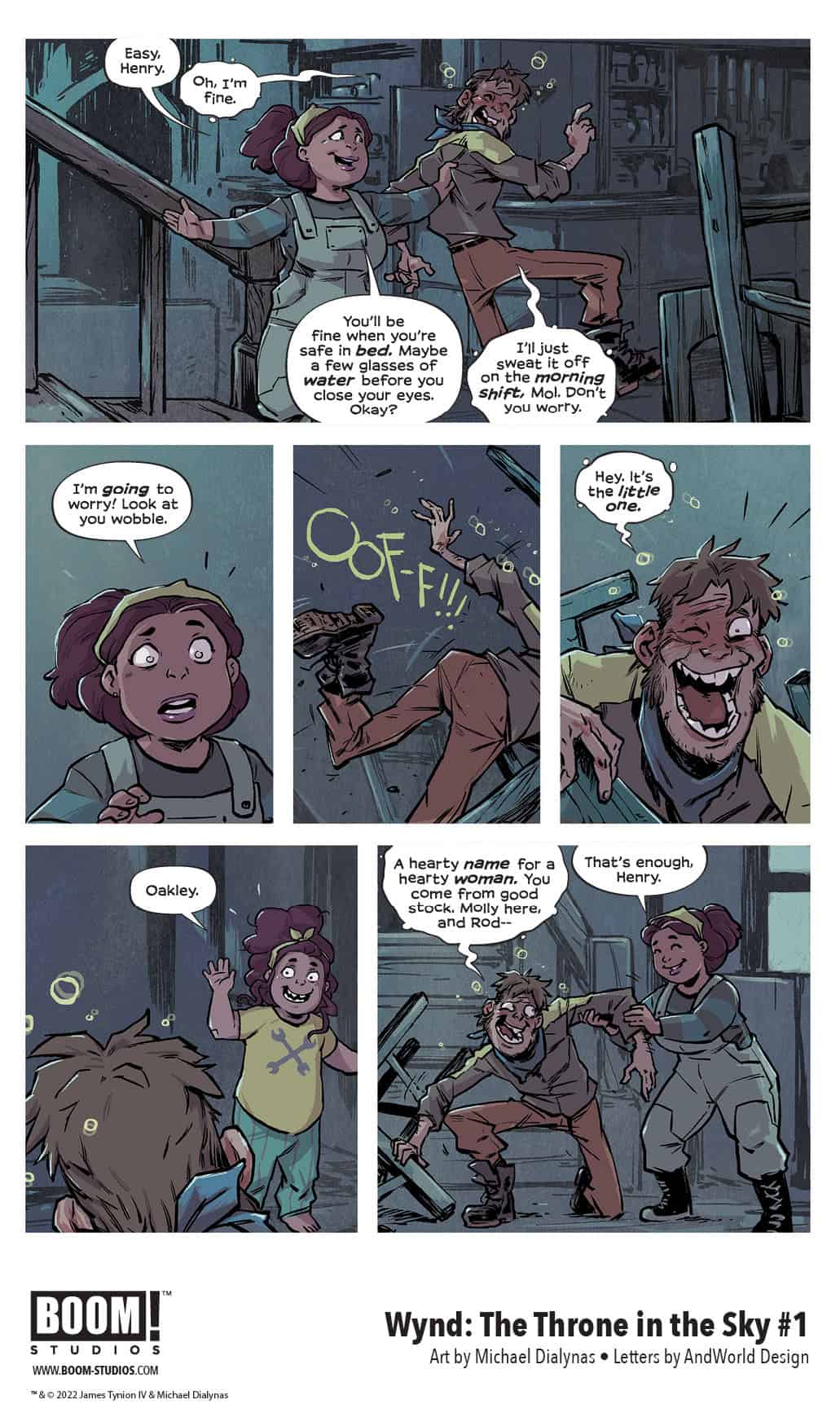 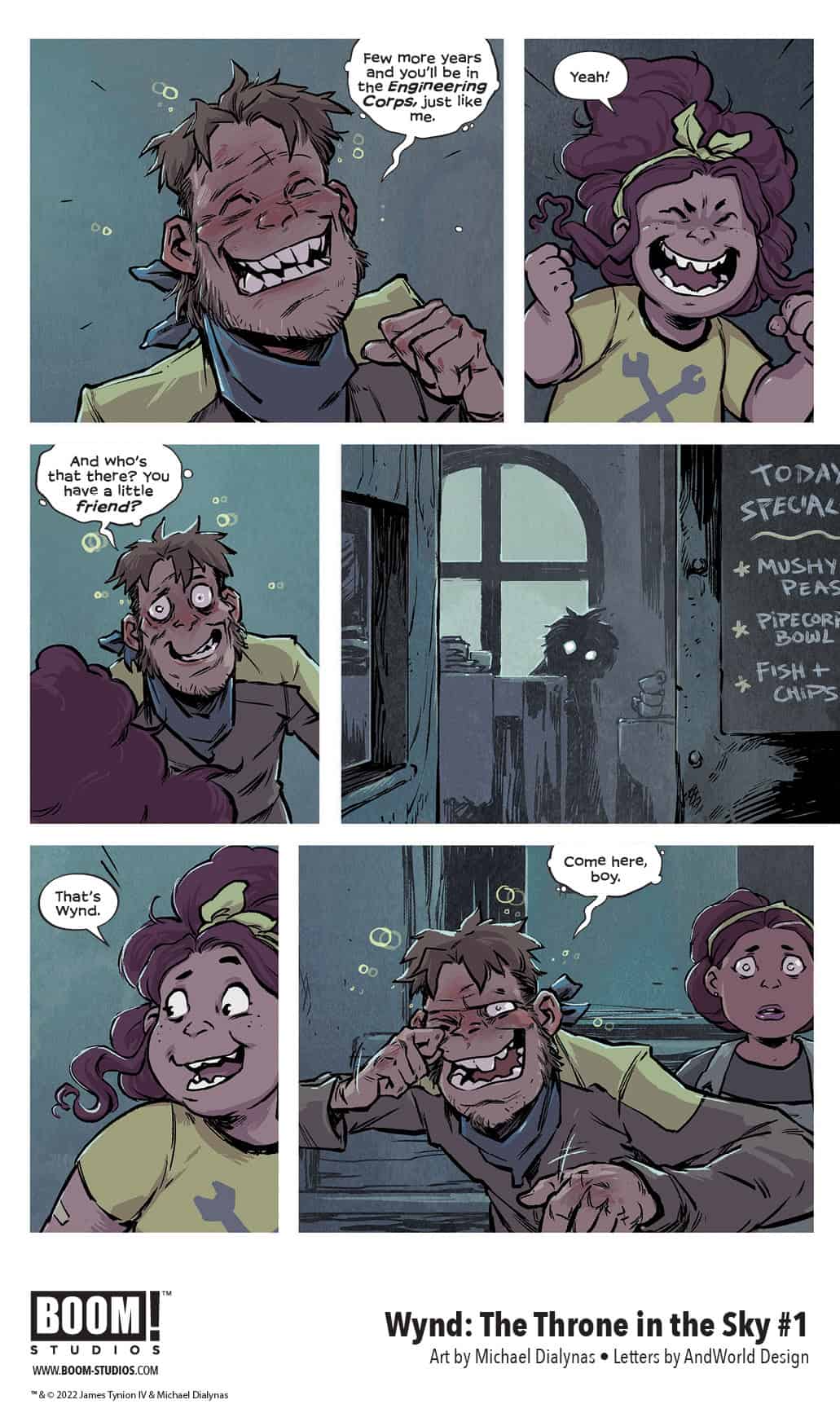 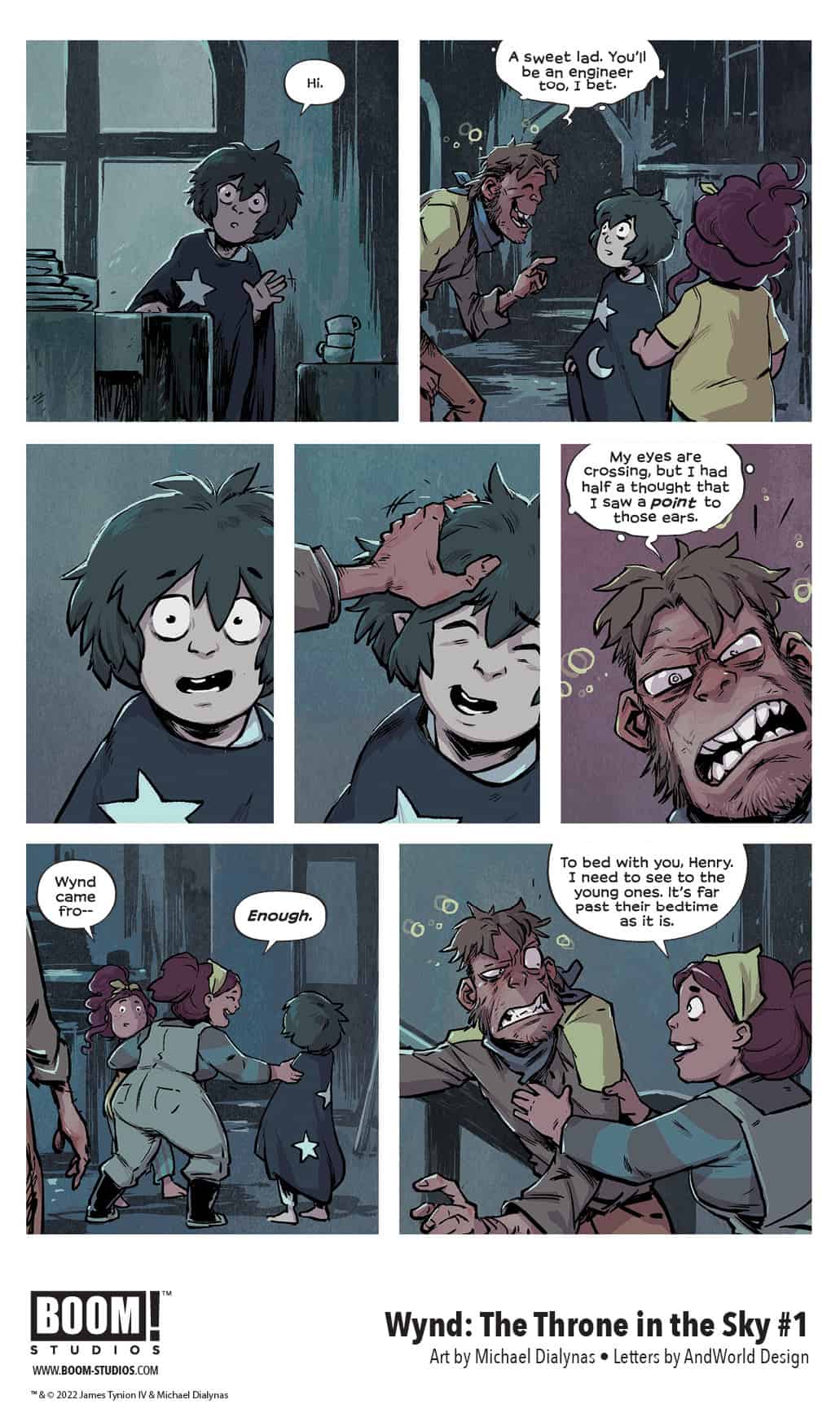 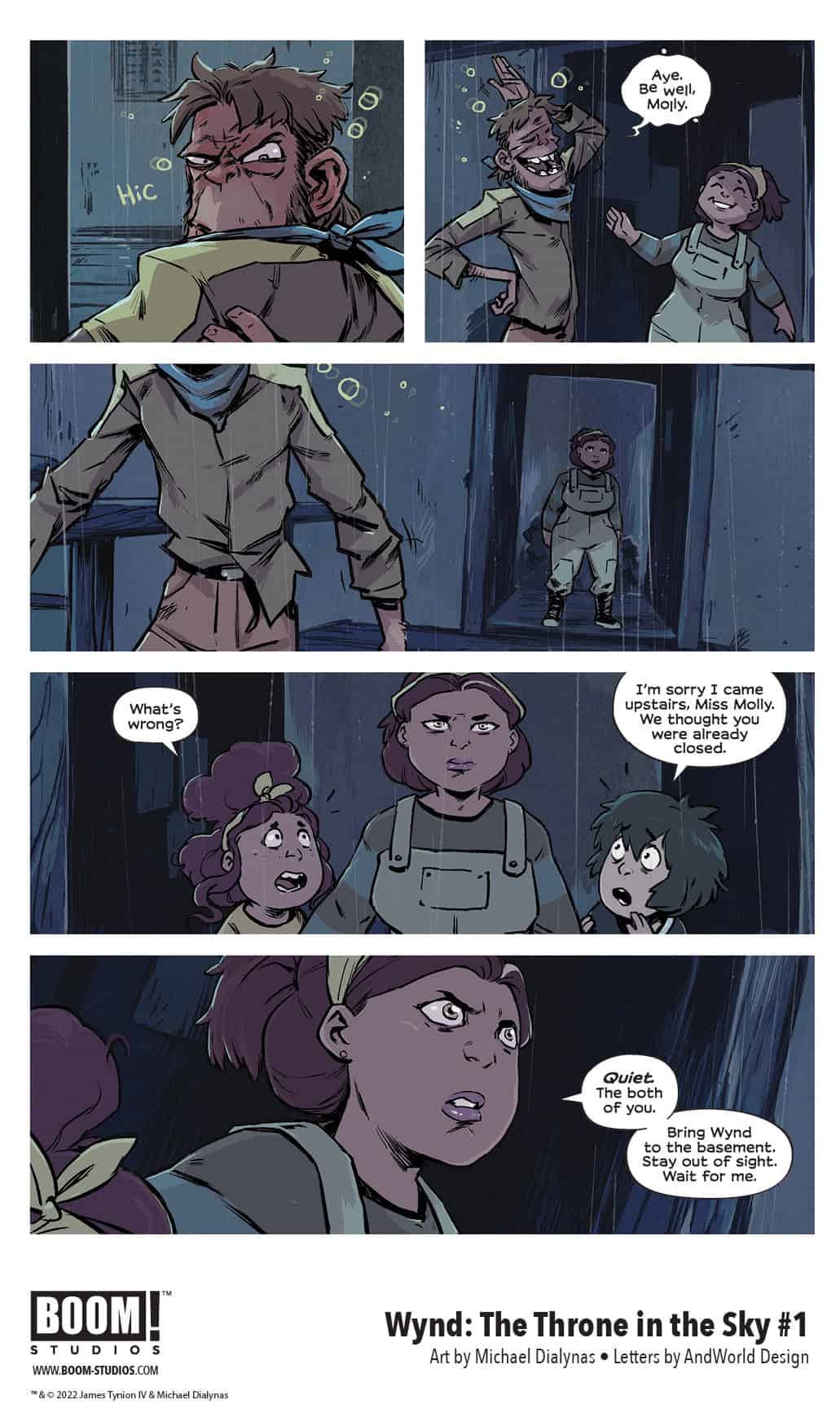 Print copies of WYND: THE THRONE IN THE SKY #1 will be available on August 24, 2022 exclusively at local comic book shops (use comicshoplocator.com to find the nearest one) or at the BOOM! Studios webstore. Digital copies can be purchased from content providers, including comiXology, iBooks, Google Play, and Kindle.

For more on WYND and other projects from BOOM! Studios, stay tuned to boom-studios.com and follow @boomstudios on Twitter.

NEWS WATCH: WYND is Back, Darker and More Dangerous in Your First Look at THE THRONE IN THE SKY #1