NEWS WATCH: Yelena Belova and Red Guardian Get Their Own Adventure in WINTER GUARD from Marvel

The White Widow and Red Guardian who fans will see on the big screen this July in BLACK WIDOW will be on the run a month later in a brand new mini-series that will see Black Widow’s former teammates on the run from the Russian government and being chased down by Russia’s own team of superheroes!

As revealed in an exclusive by SYFY, the series will be written by Ryan Cady and drawn by Jan Bazuldua and will kick off in August.

“Fans of the Black Widow movie should find our Yelena Belova and Red Guardian pretty familiar – though in this cat and mouse series, they’re the ones on the run,” Cady told SYFY WIRE. “They’ve crossed back over the border, and now they’re Russia’s most wanted; the top of the Winter Guard’s hit list.

“Coming off of last year’s Widowmakers one-shot (and all of Kelly Thompson’s work on Black Widow), you’re looking at two disillusioned super-spies who want to kind of ‘redeem’ their homeland in ways that the standard ‘find villain, punch face’ approach can’t handle. Unfortunately, they’re more than willing to violate international law and beat up a few state-sponsored super ‘heroes’ in search of that redemption.”

The Winter Guard in this case will Vanguard, Crimson Dynamo, Darkstar, and the bear-man known as Ursa Major, and here are a few pages of Jan Bazaldua’s art to whet your appetite: 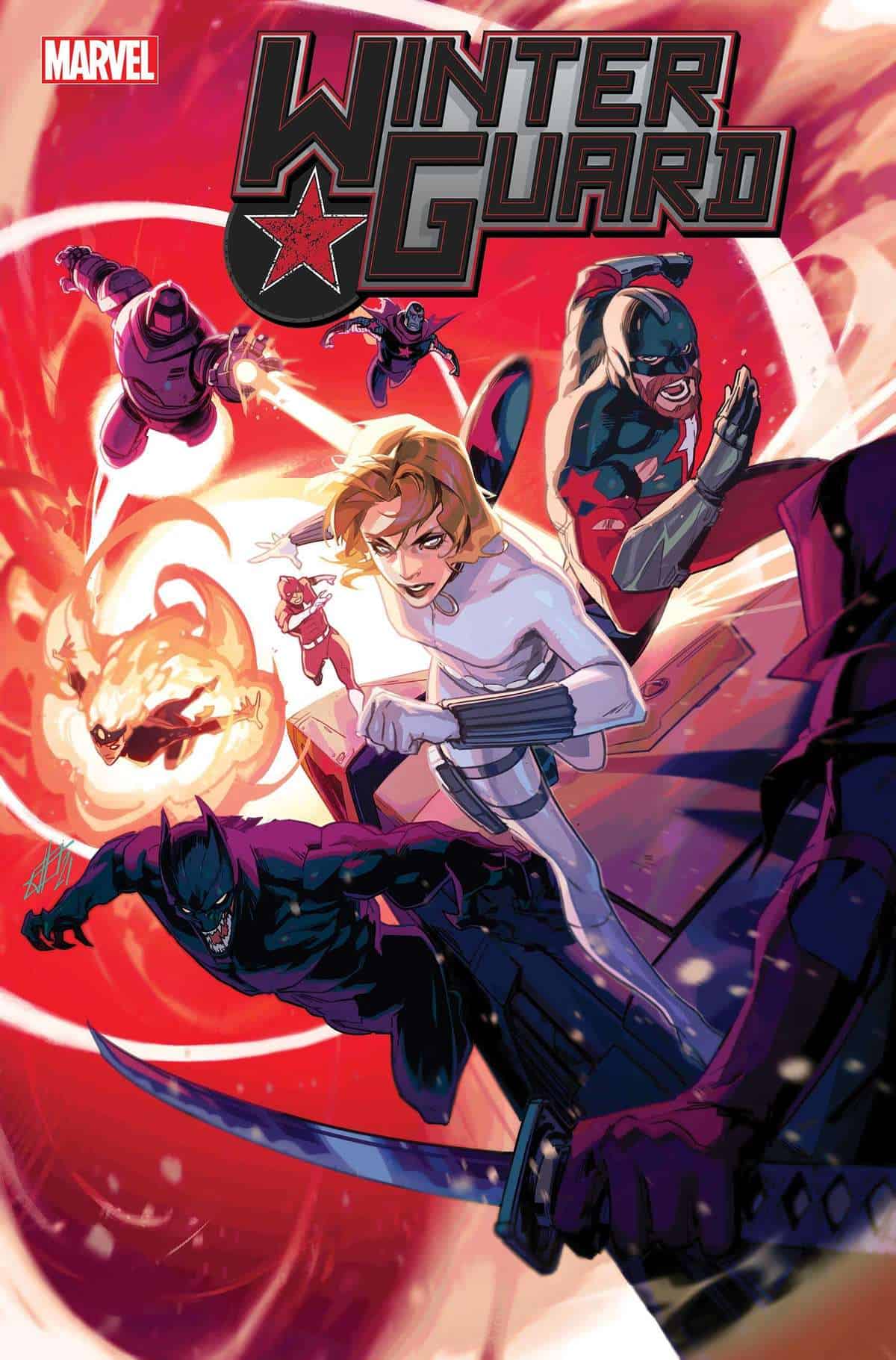 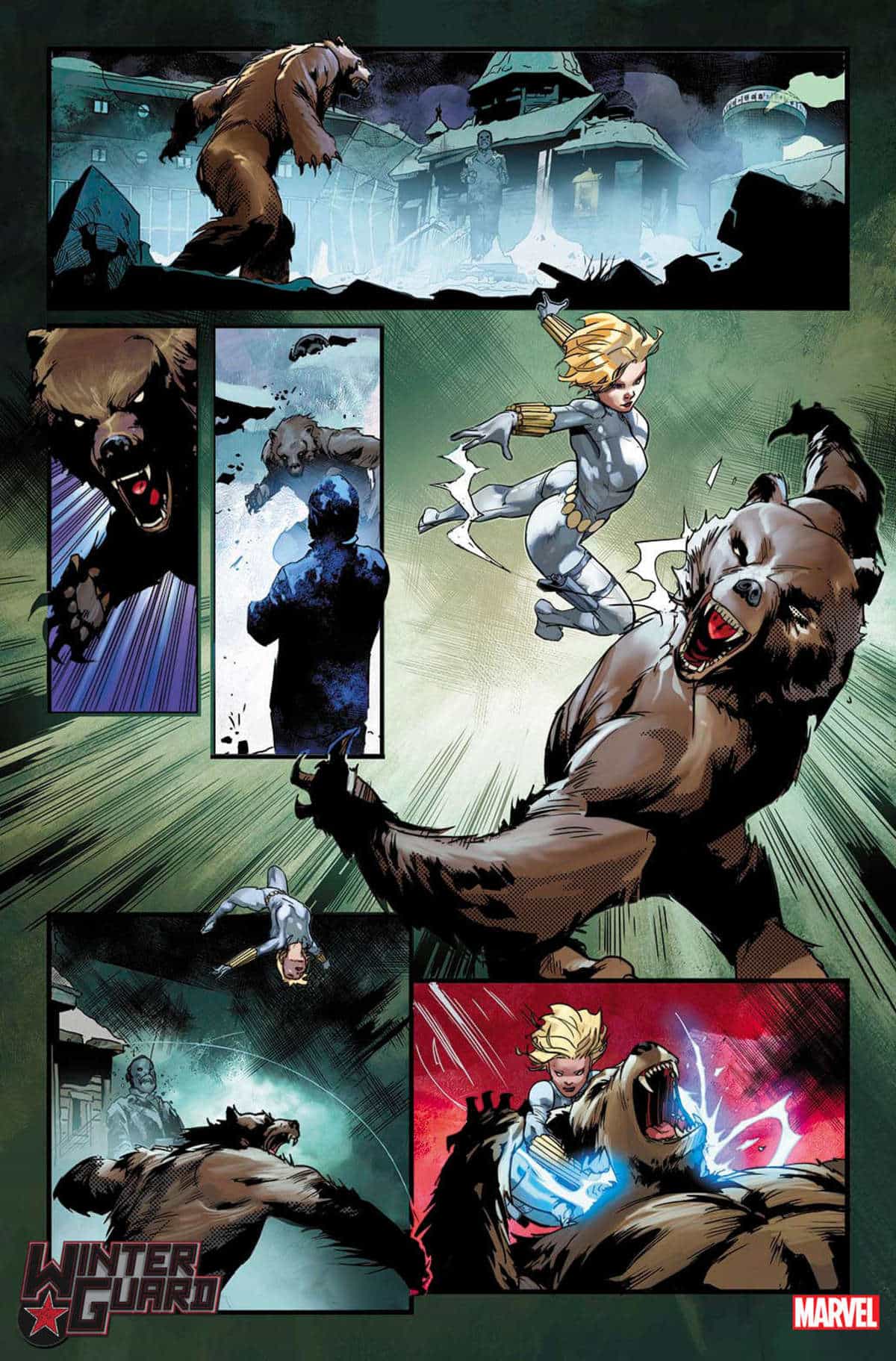 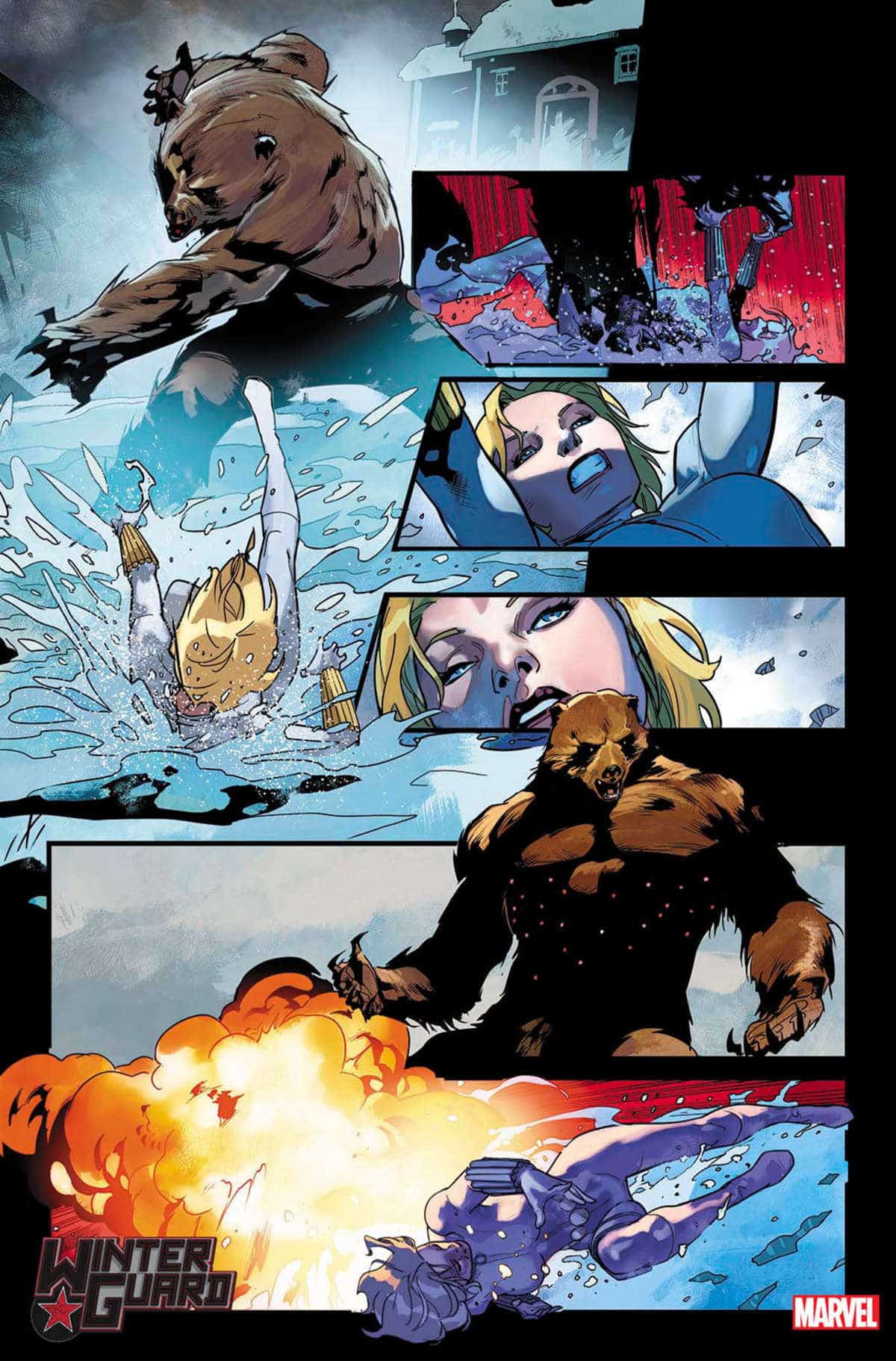 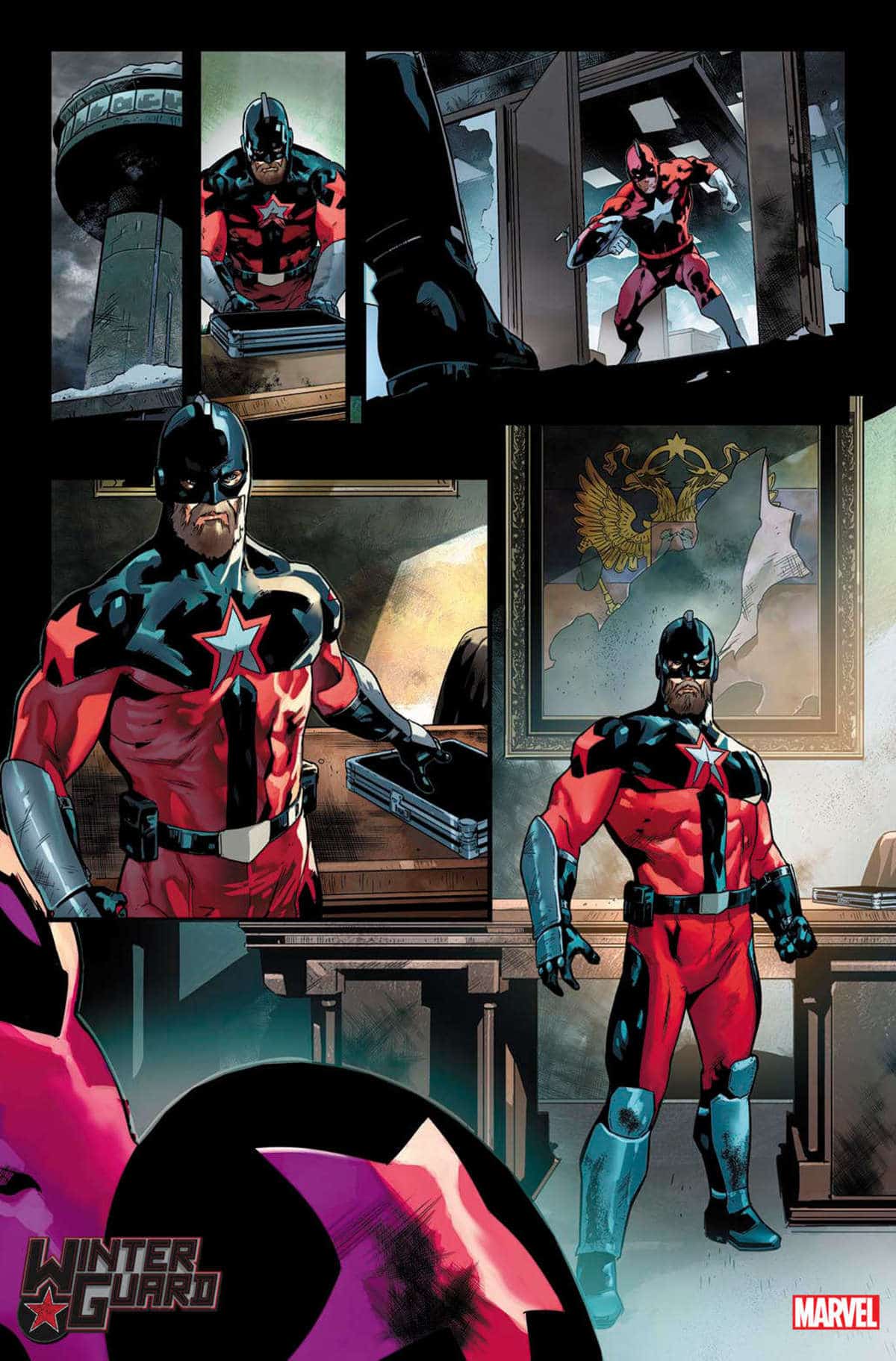 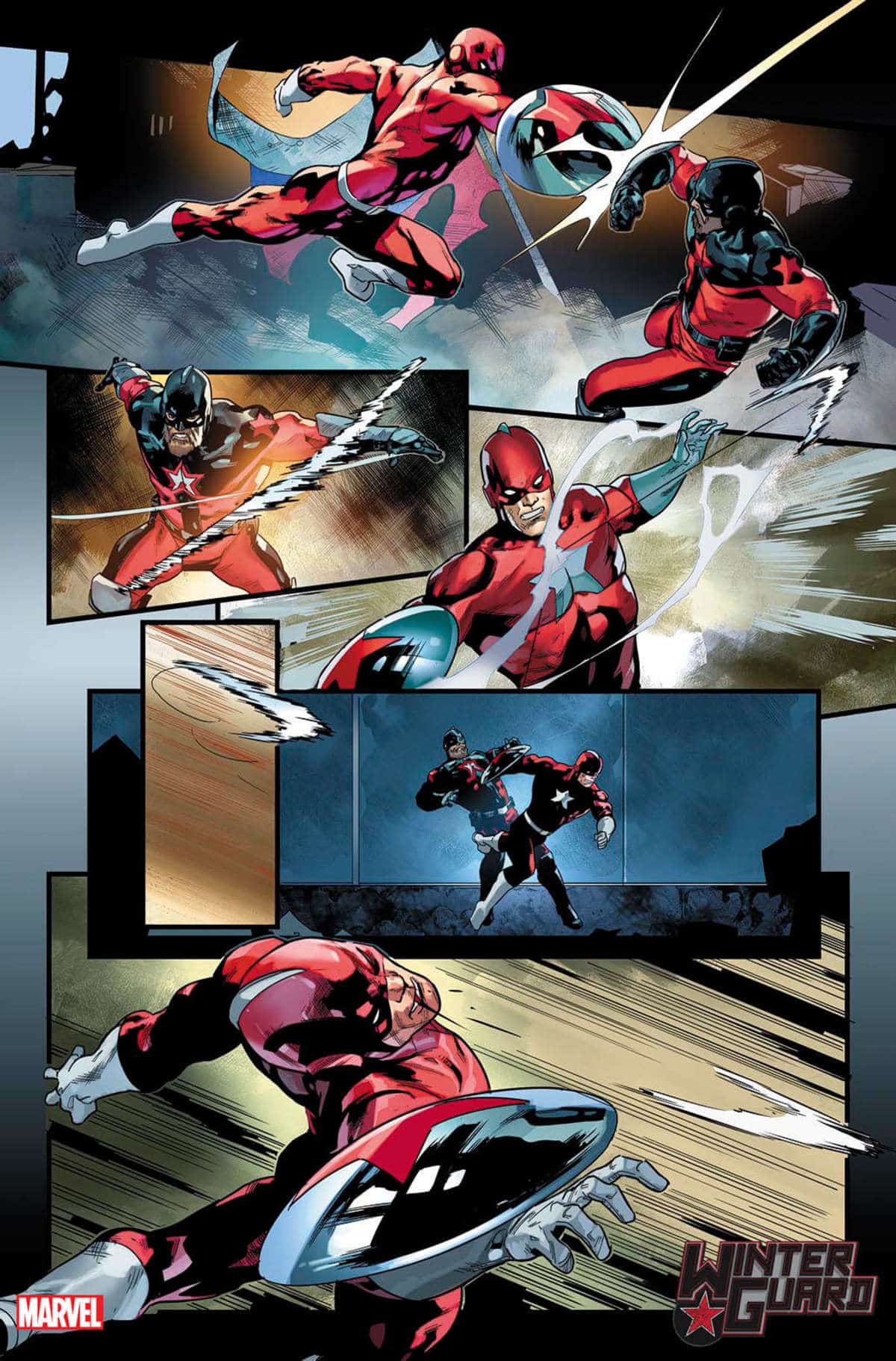 NEWS WATCH: Yelena Belova and Red Guardian Get Their Own Adventure in WINTER GUARD from Marvel