BOOM! Studios today revealed a first look at DARK BLOOD #2, the next issue of an evocative new six-issue original series from screenwriter LaToya Morgan (AMC’s The Walking Dead, Into The Badlands), rising star artists Walt Barna (The Osiris Path) and Moisés Hidalgo (Mighty Morphin Power Rangers), colorist A.H.G., and letterer AndWorld Design, about a young man forging a brave new future for himself and his family while dealing with his past, available in August 2021.

Does even the kindness of strangers come with a cost? Avery has adjusted to his post-WWII life in Alabama, but when an altercation with some local boys leaves him hurt, an unlikely bystander steps in. And while Carlisle, a white university doctor, not only offers Avery immediate first aid but free ongoing medical care… nothing is truly free, not even a stranger’s generosity. 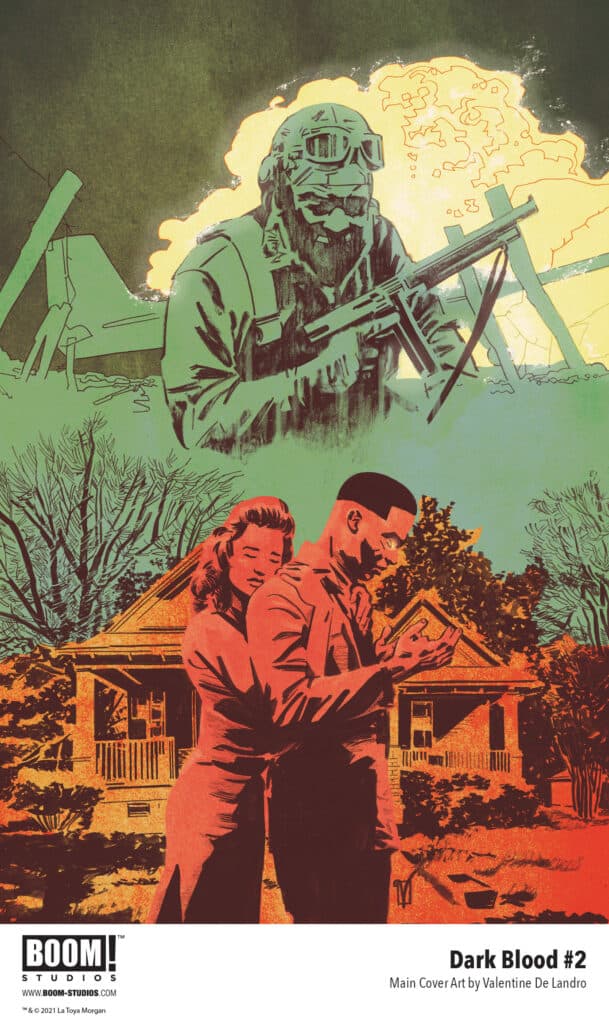 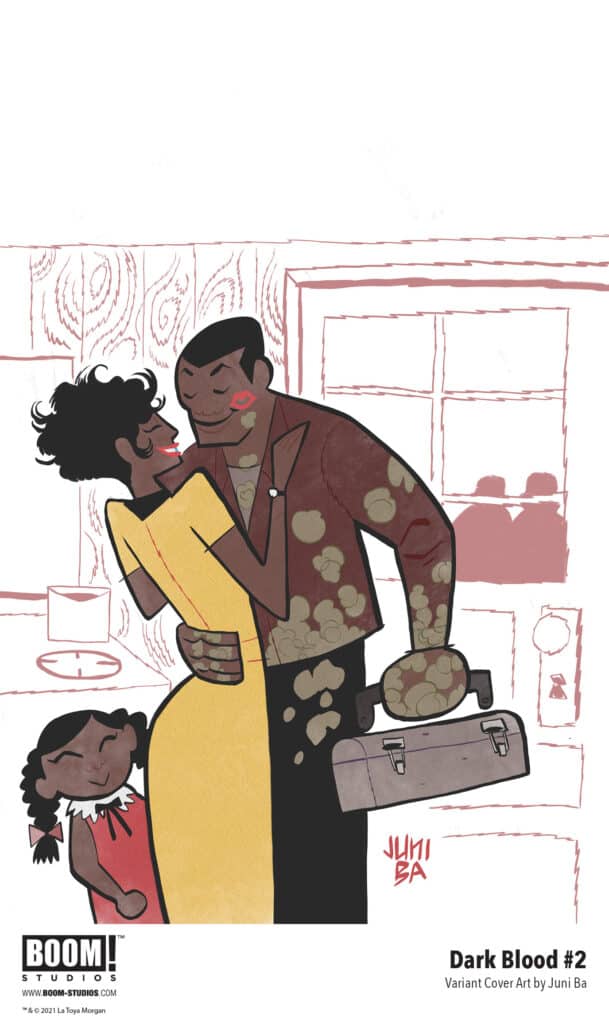 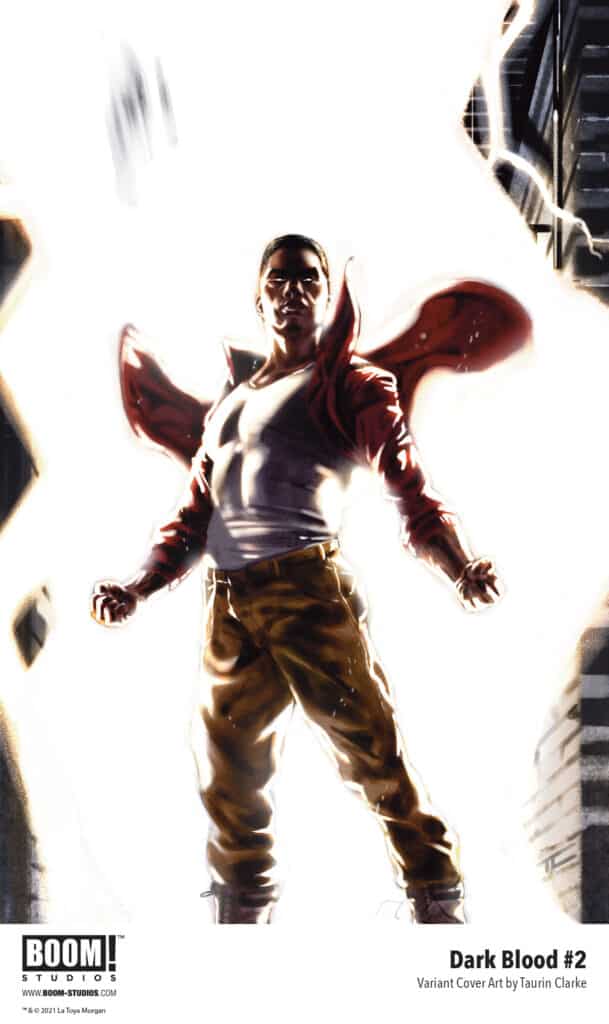 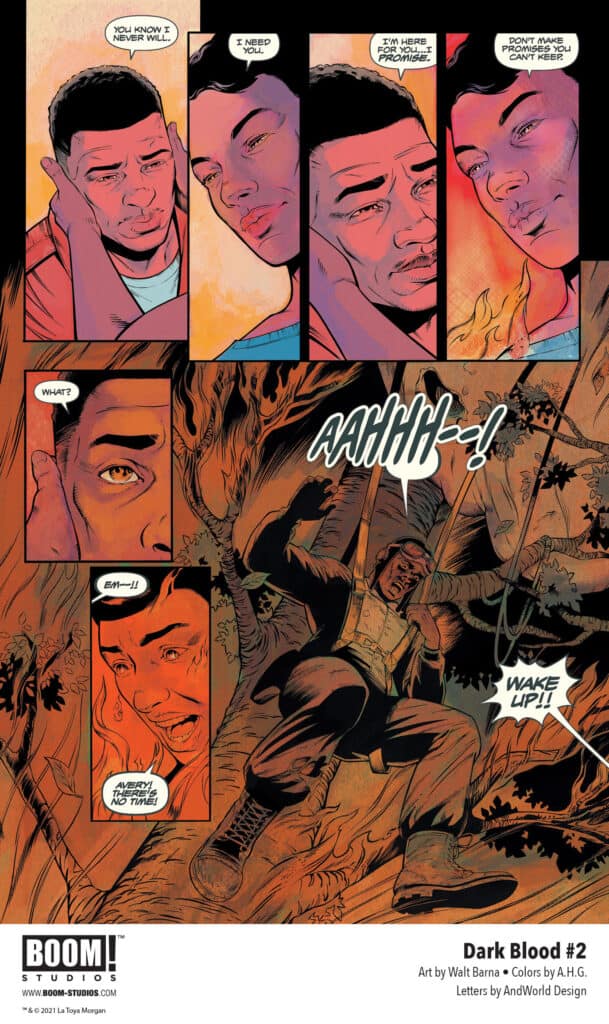 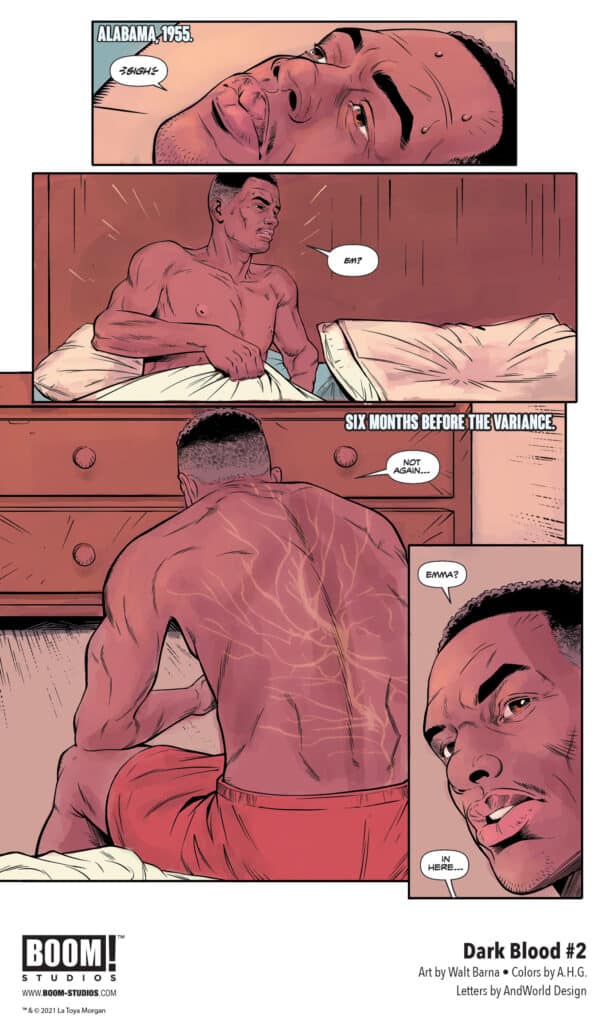 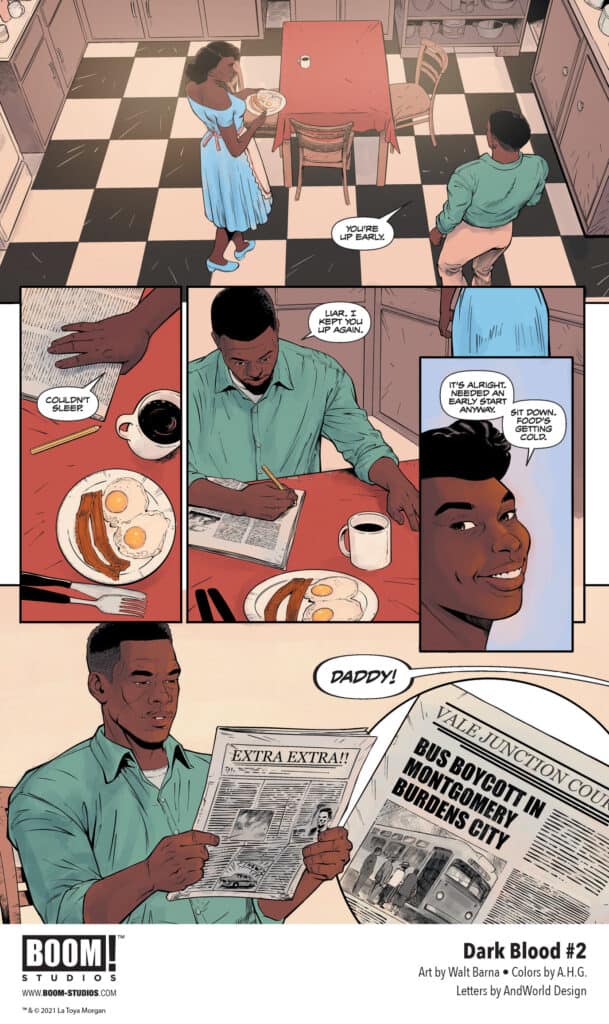 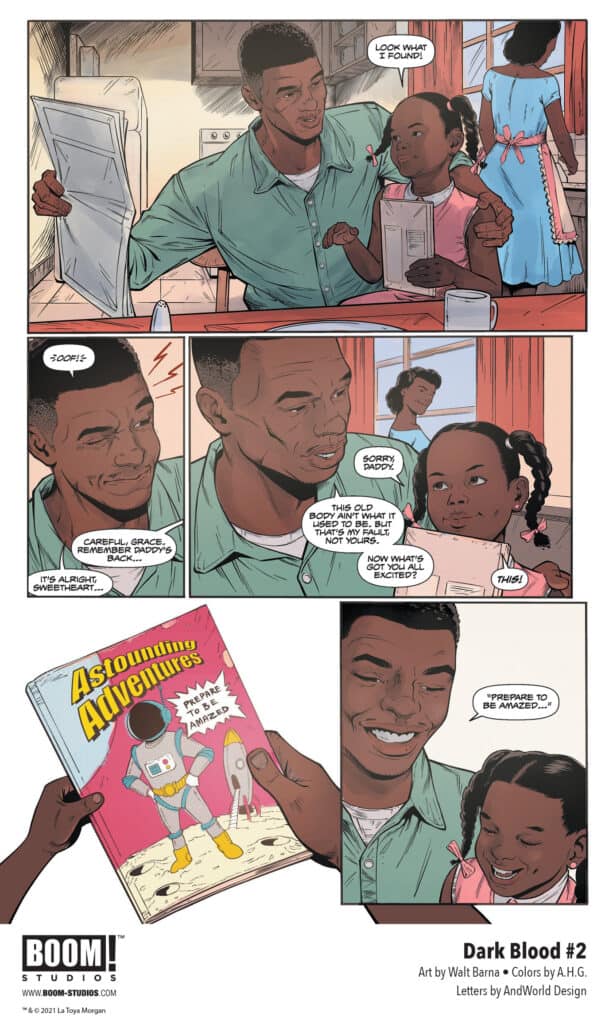 Print copies of DARK BLOOD #2 will be available for sale on August 25, 2021 exclusively at local comic book shops (use comicshoplocator.com to find the nearest one) or at the BOOM! Studios webstore. Digital copies can be purchased from content providers, including comiXology, iBooks, Google Play, and Kindle.

For continuing news on DARK BLOOD and more from BOOM! Studios, stay tuned to www.boom-studios.com and follow @boomstudios on Twitter.