NEWS WATCH: Your First Look at DUNE: A WHISPER OF CALADAN SEAS #1

During the chaos of the legendary Battle of Arrakeen, a group of Atreides soldiers gets caved in. So while Paul Atreides meets his destiny in battle, Sgt. Vitt must use his family’s gift of storytelling as a Jongleur to transport his men from their tomb to their homeworld of Caladan. Can Vitt mentally transport them back to the lushness and vast oceans of Caladan and give them the gift of hope in the darkness?

Created by visionary writer Frank Herbert, Dune debuted in 1965, has sold millions of copies and is arguably the most admired science fiction novel of all time. After winning the Hugo Award and inaugural Nebula Award, Dune inspired a best-selling novel series and led to multiple live-action adaptations, including the upcoming feature film from Legendary Pictures. The influence of Dune extends well beyond the world of entertainment, with an incalculable influence on modern scientific thinking about politics, religion, outer space, environmentalism, and more.

DUNE: A WHISPER OF CALADAN SEAS is the newest release from BOOM! Studios’ eponymous imprint, home to critically acclaimed original series, including BRZRKR by Keanu Reeves, Matt Kindt, and Ron Garney; We Only Find Them When They’re Dead by Al Ewing and Simone Di Meo; Seven Secrets by Tom Taylor and Daniele Di Nicuolo; Something is Killing the Children by James Tynion IV and Werther Dell’Edera; Once & Future by Kieron Gillen and Dan Mora; The Many Deaths of Laila Starr by Ram V and Filipe Andrade; Proctor Valley Road by Grant Morrison, Alex Child, and Naomi Franquiz; and Eve by Victor LaValle and Jo Mi-Gyeong. The imprint also publishes popular licensed properties including Mighty Morphin and Power Rangers from Ryan Parrott, Marco Renna, and Francesco Mortarino; and Magic from Jed MacKay and Ig Guara. 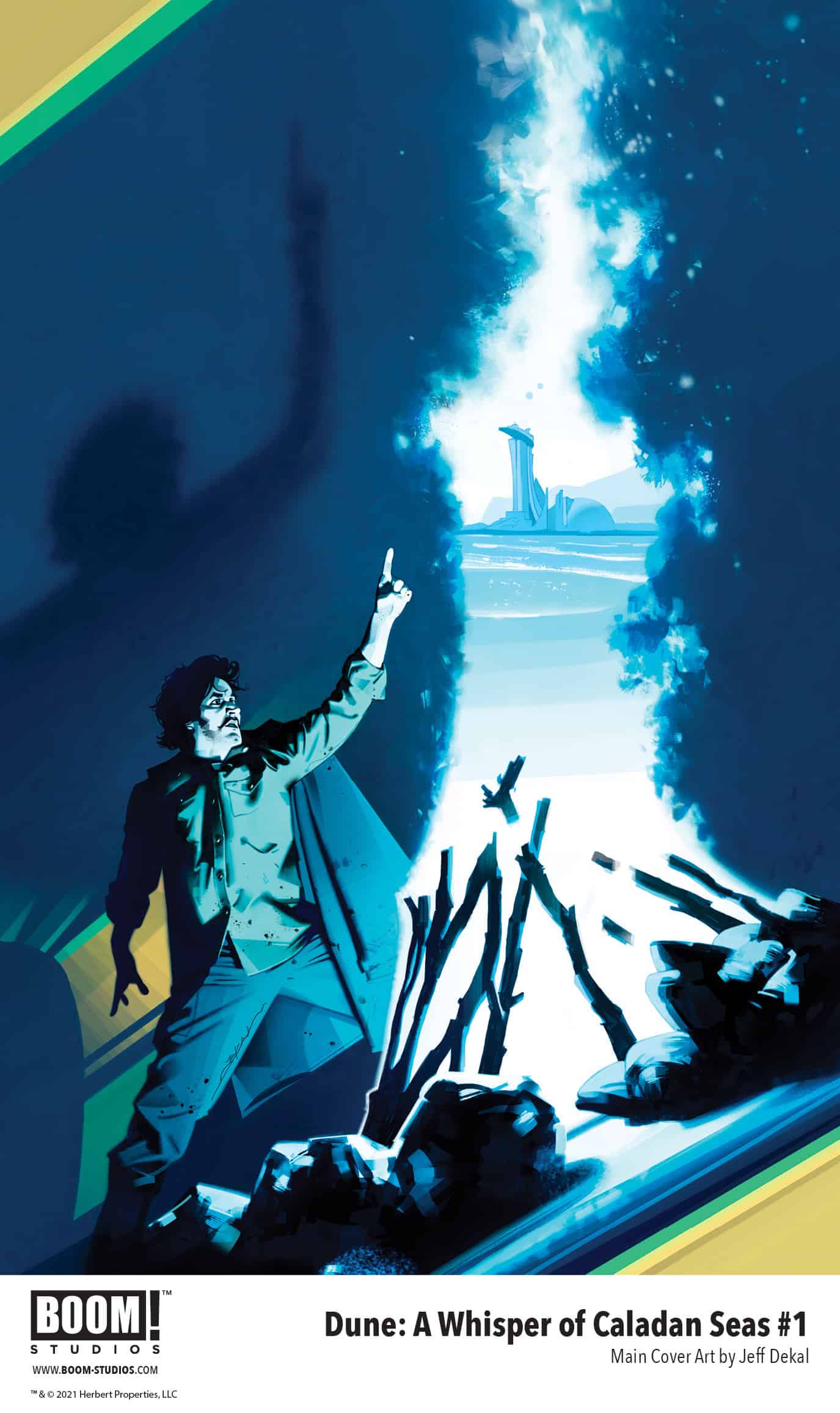 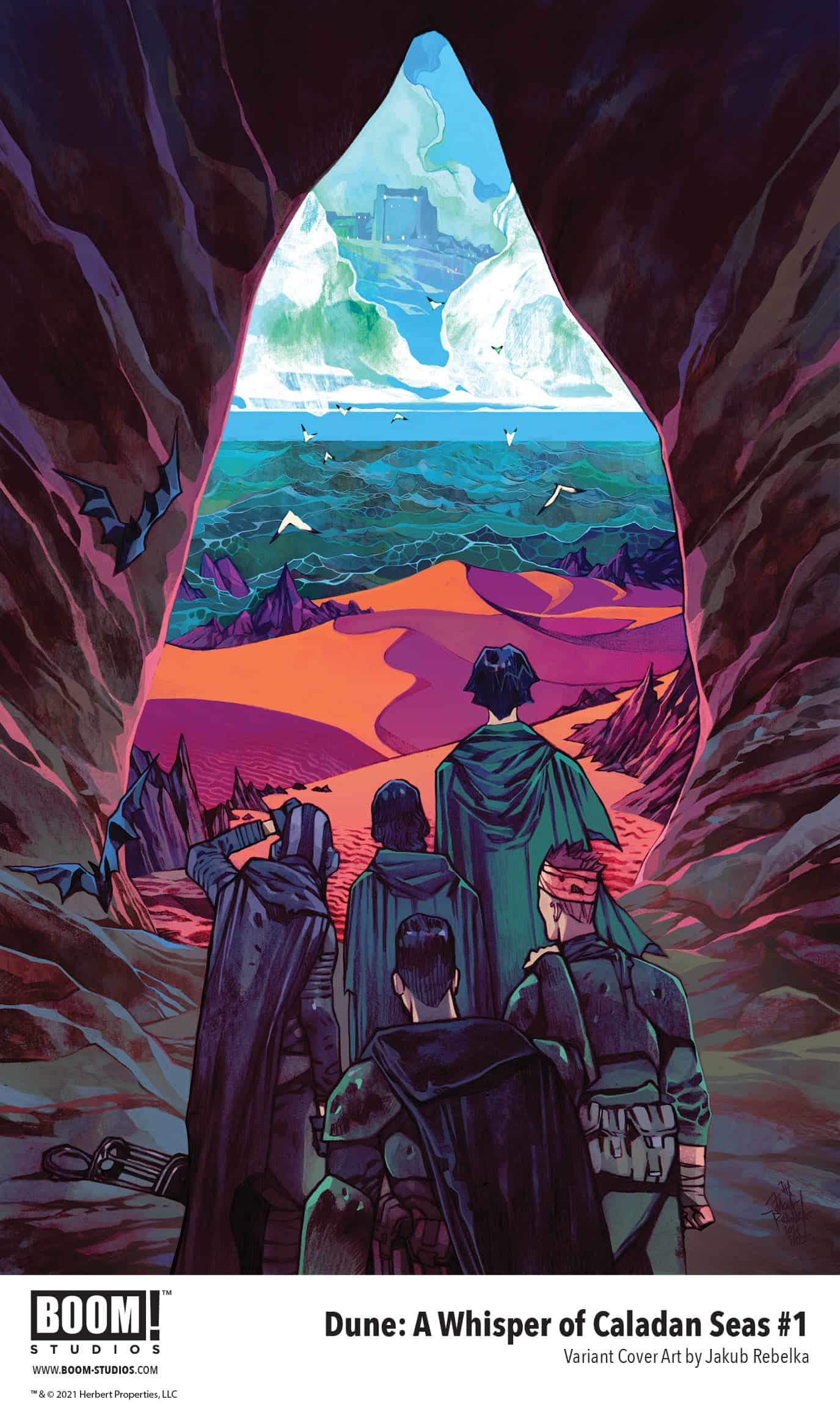 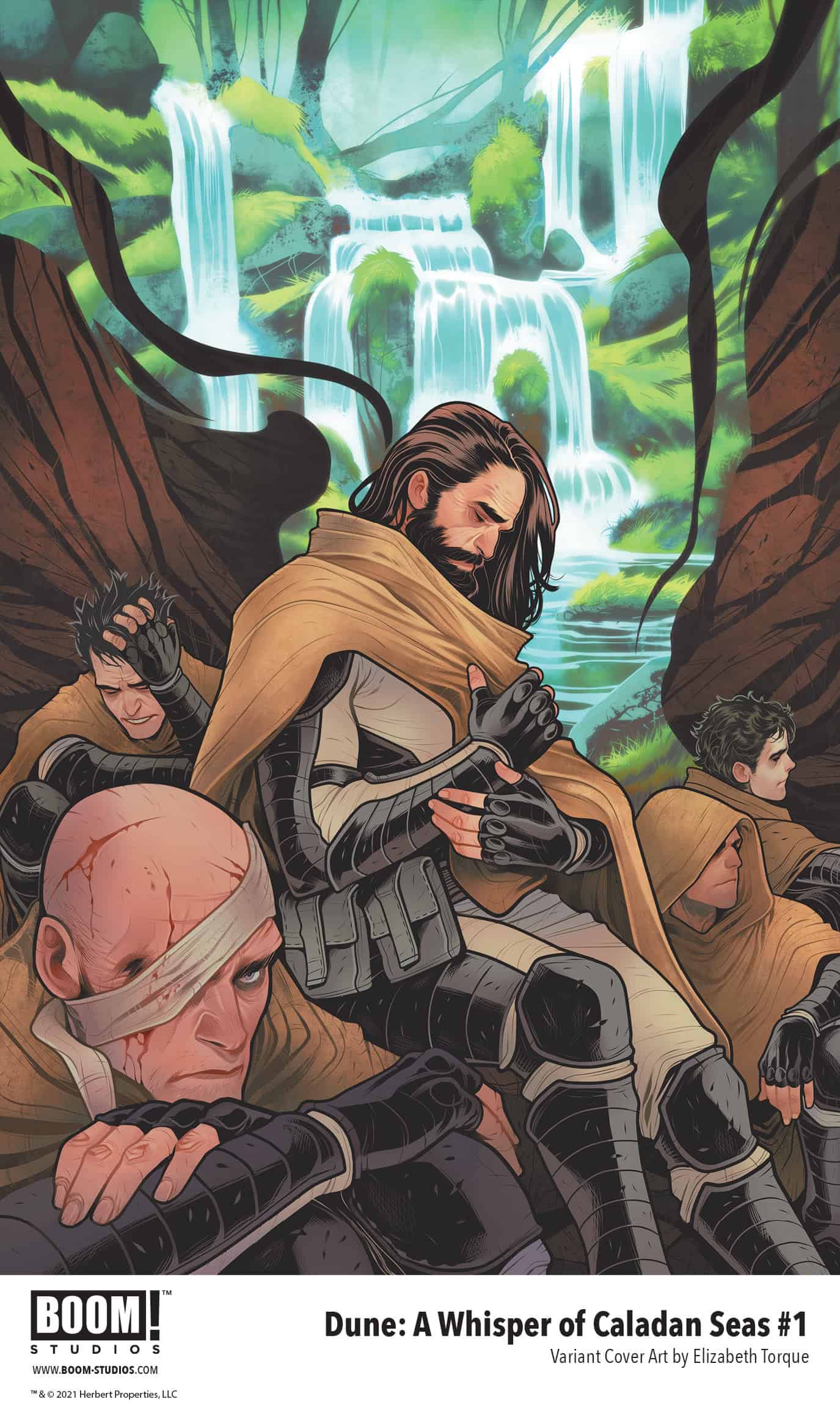 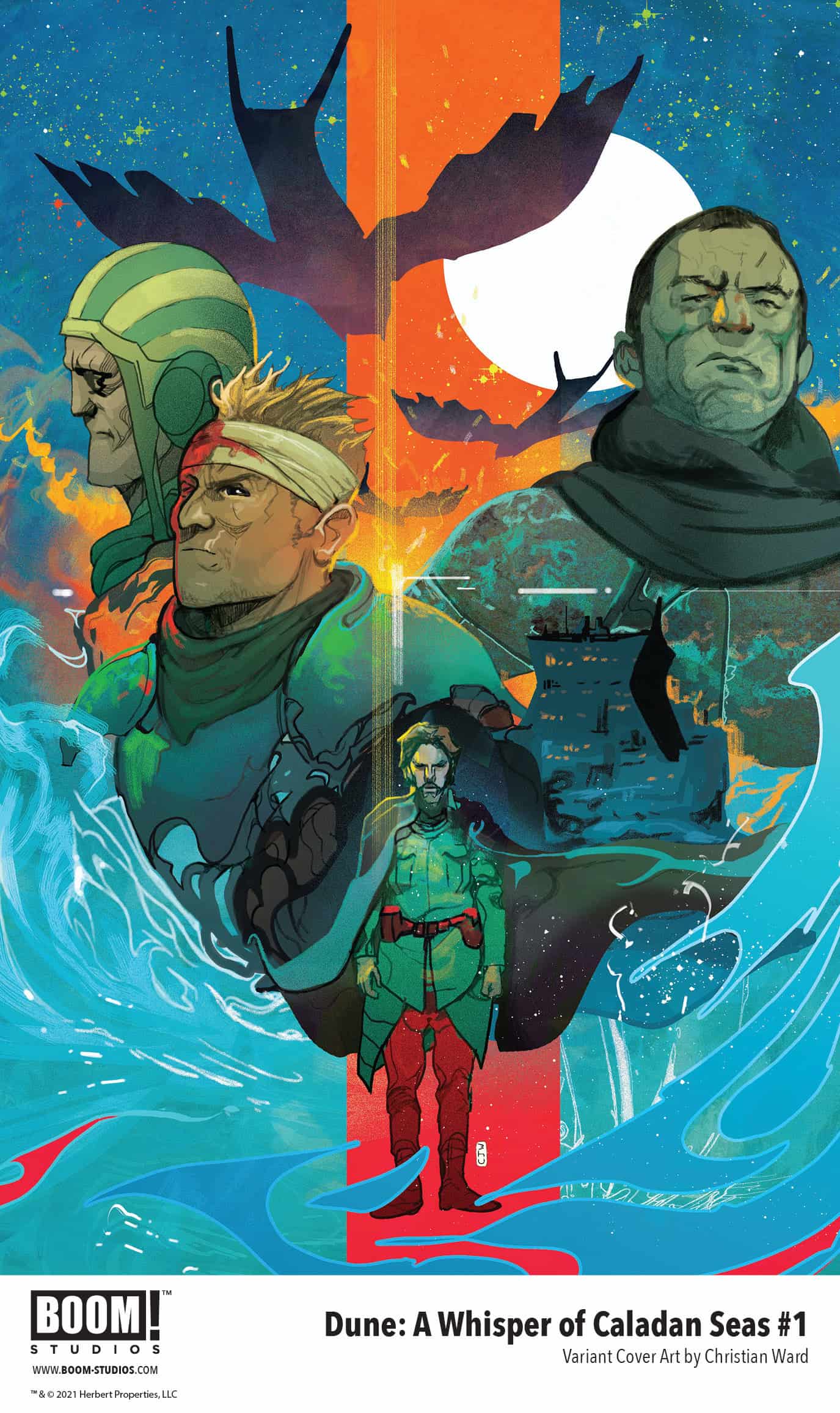 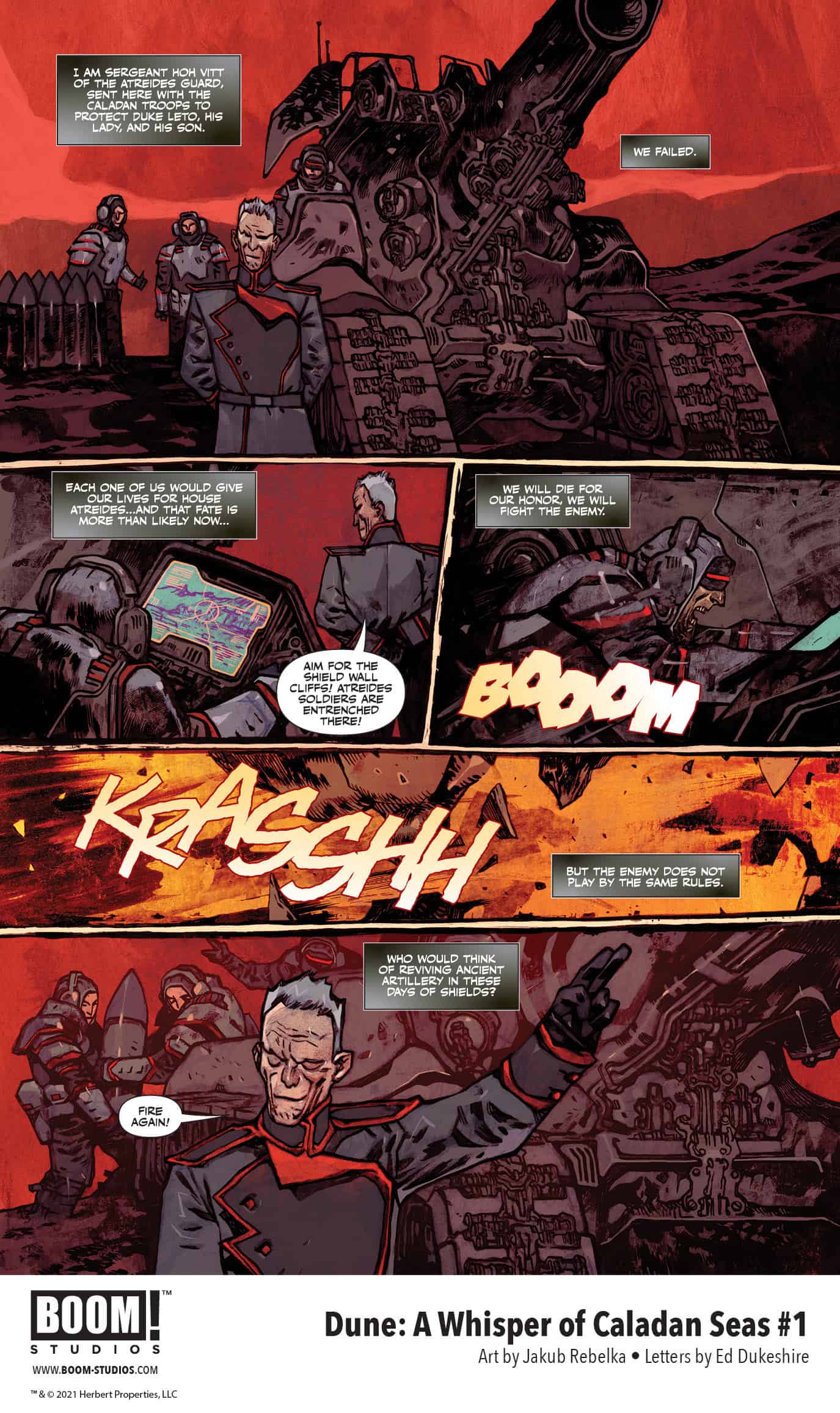 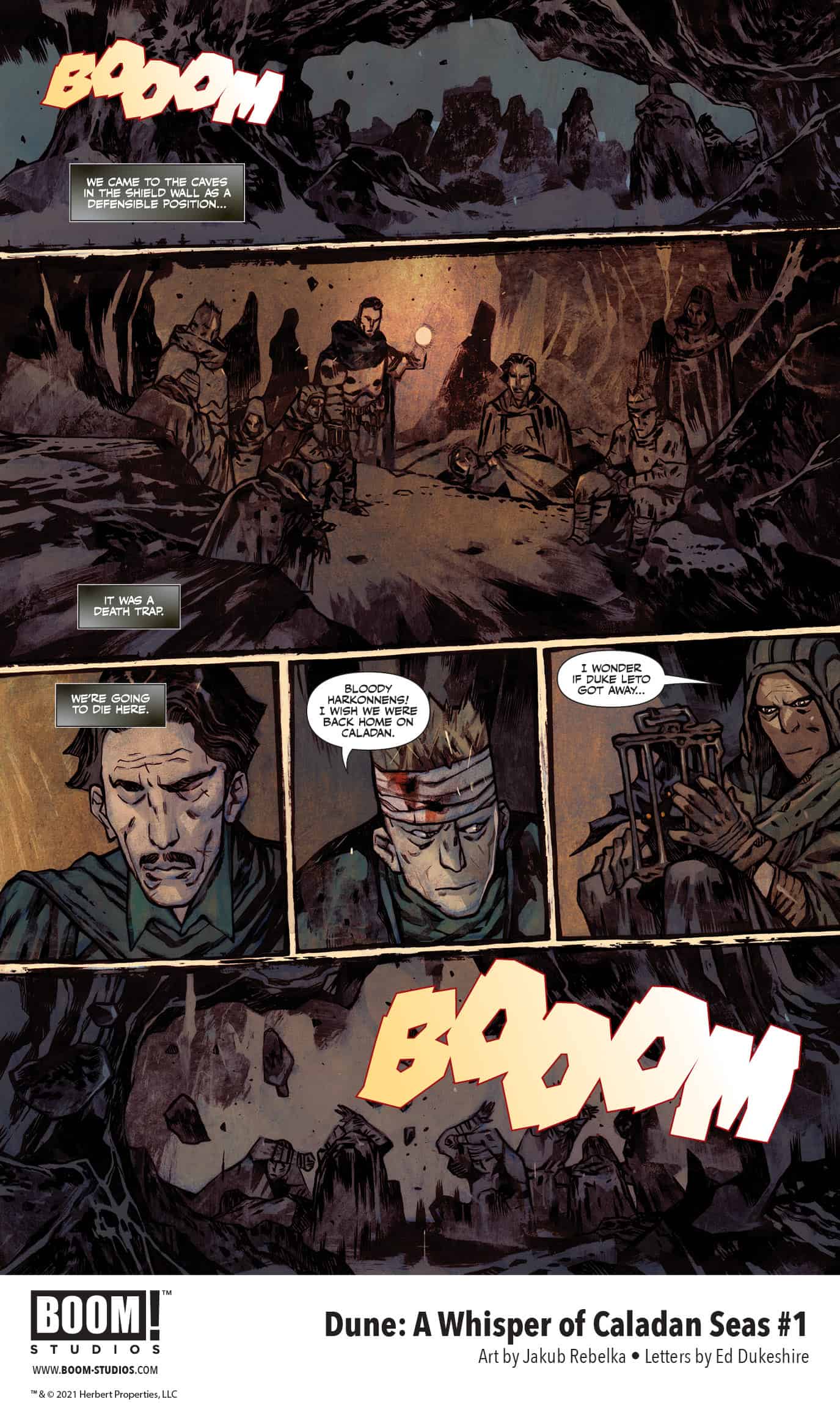 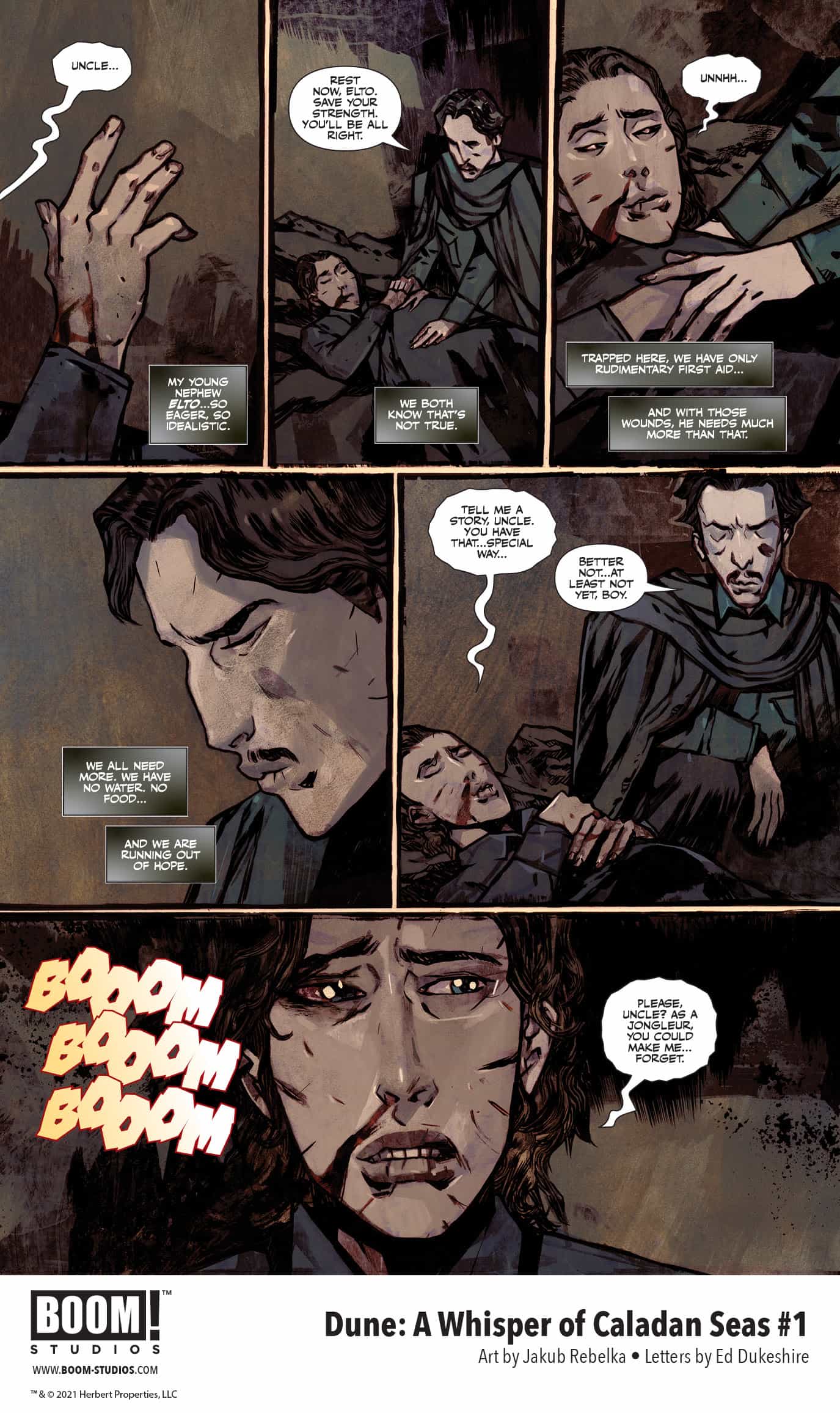 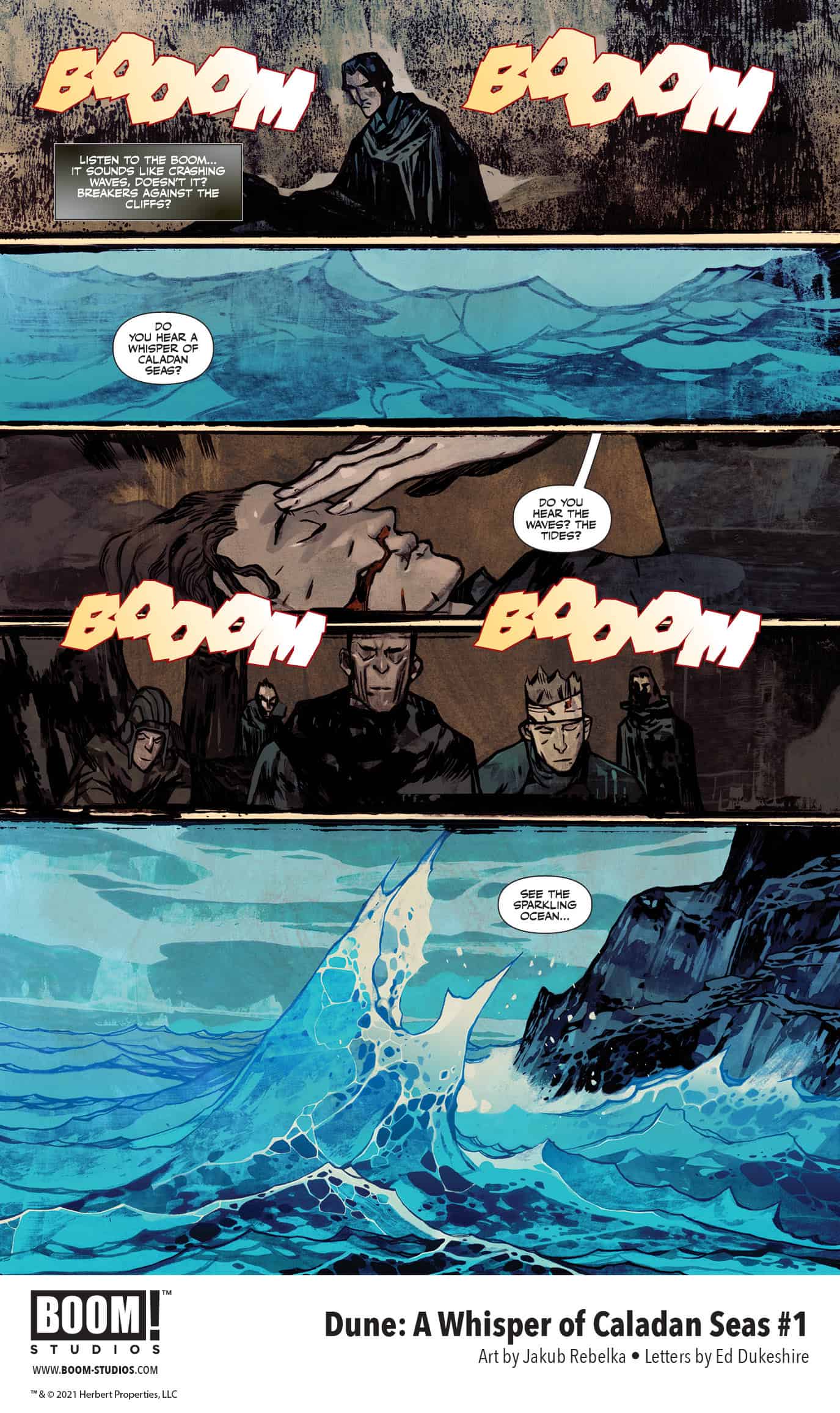 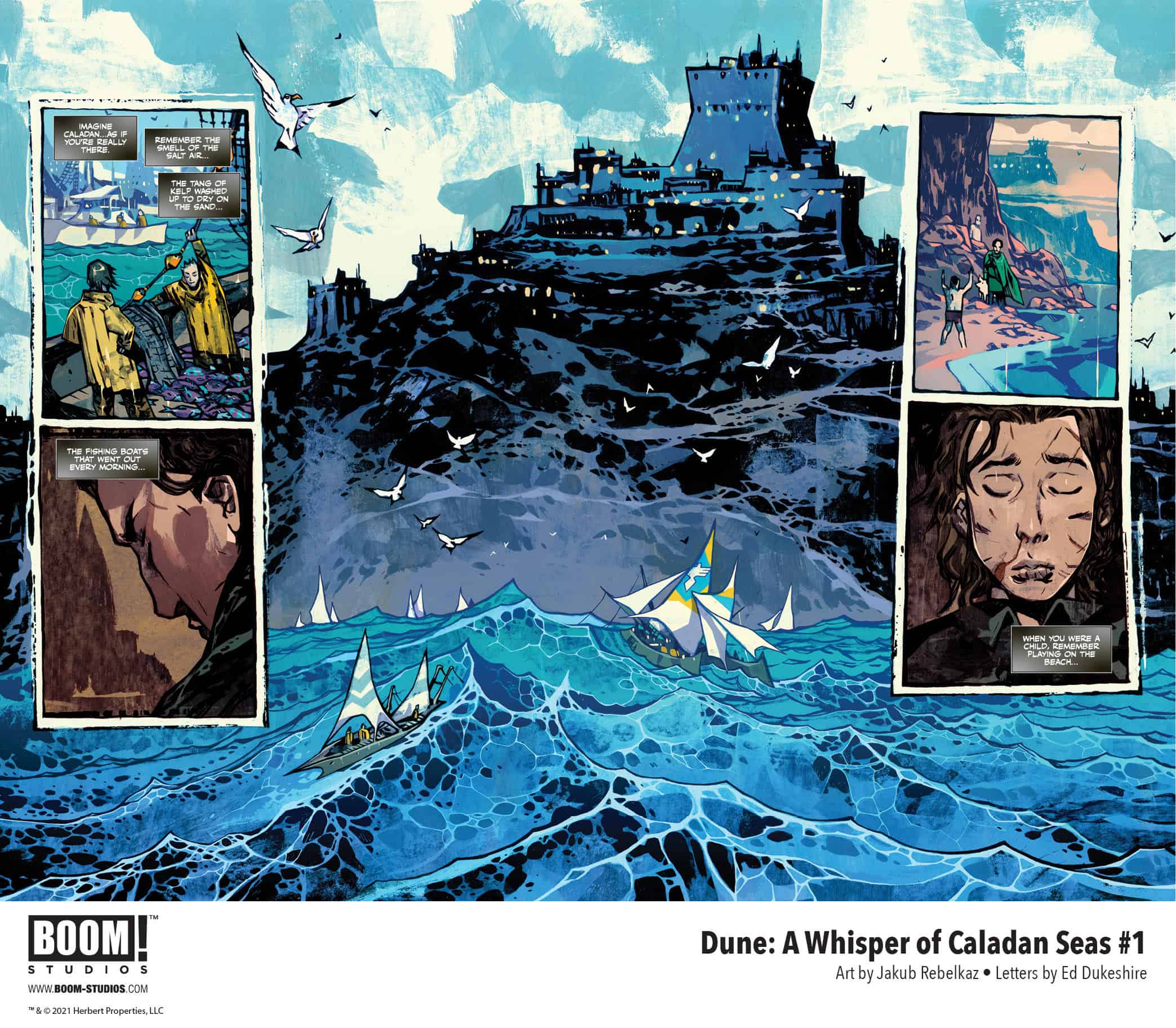 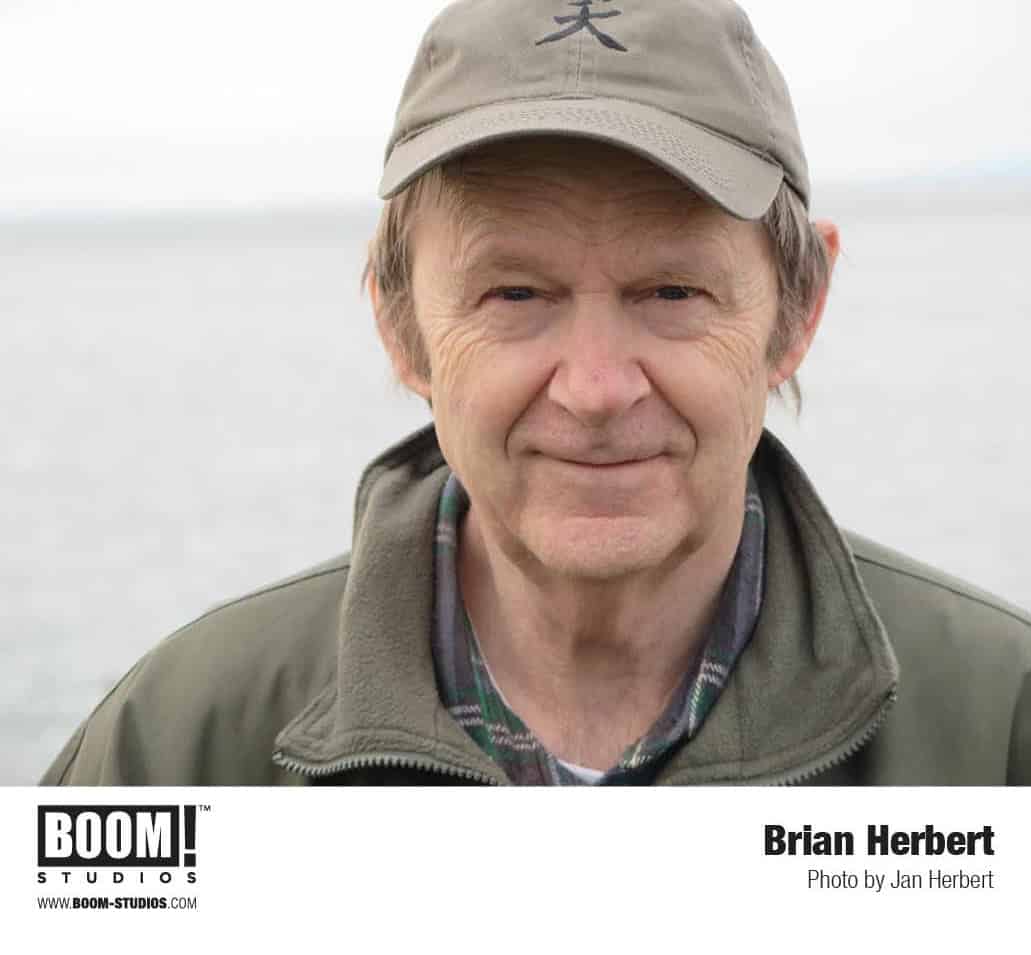 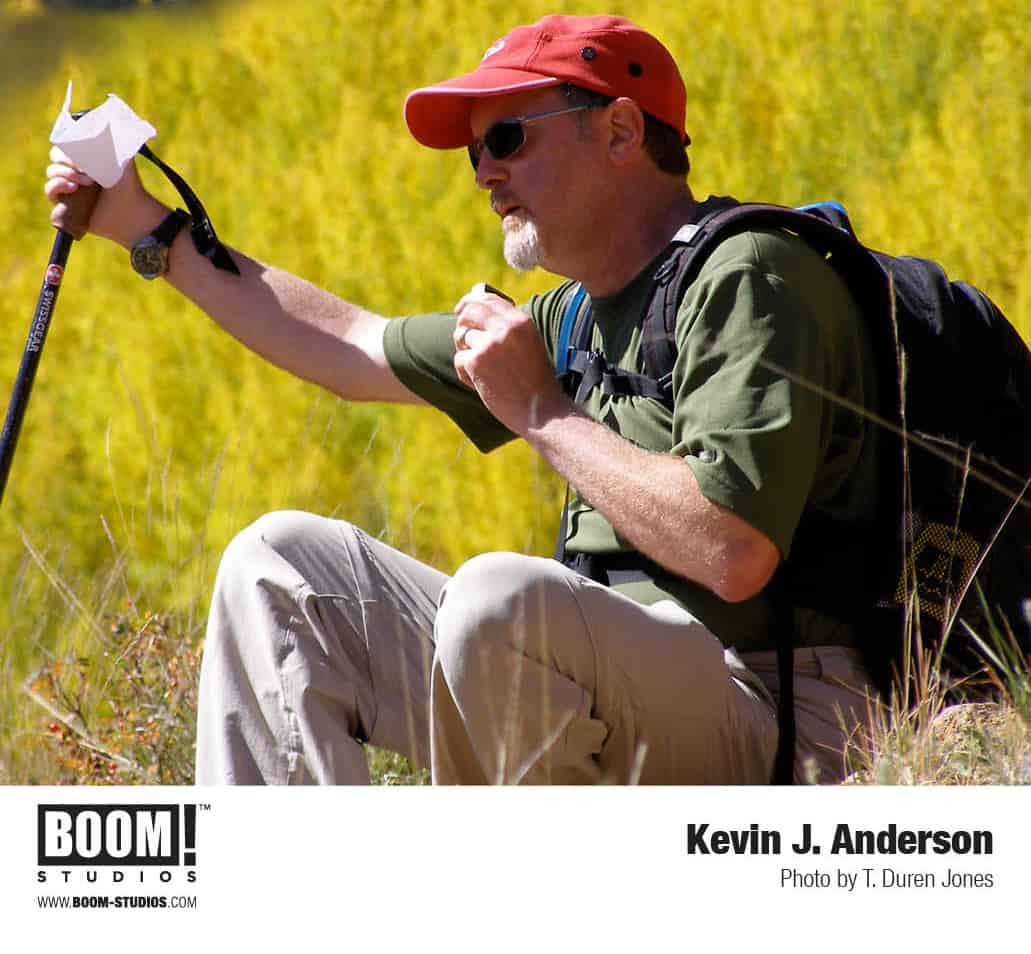 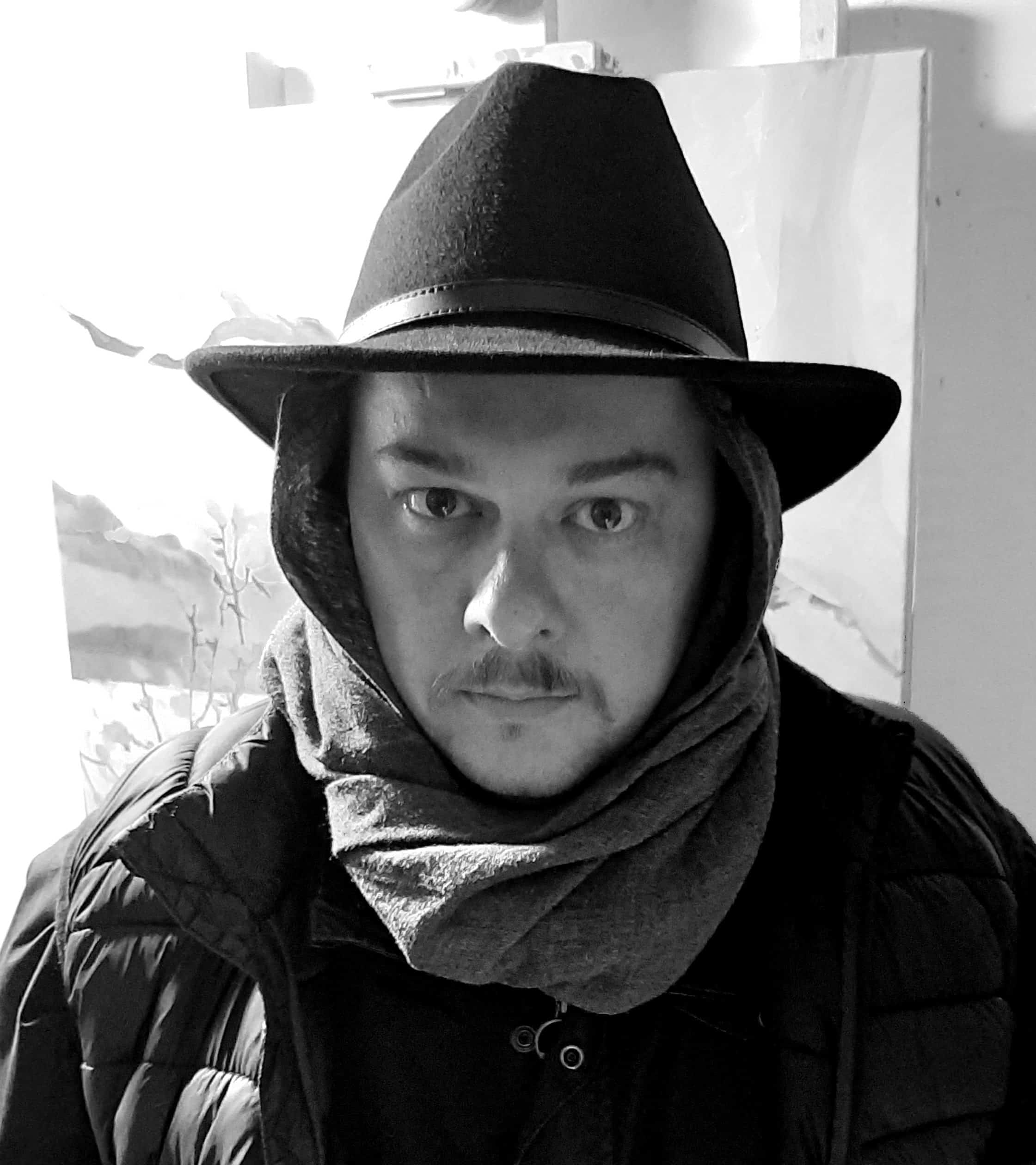 Print copies of DUNE: A WHISPER OF CALADAN SEAS #1 will be available on December 29, 2021 at local comic book shops (use comicshoplocator.com to find the one nearest you), or at the BOOM! Studios webstore. Digital copies can be purchased from content providers like comiXology, iBooks, Google Play, and Kindle.

For continuing news on the DUNEcomic books from BOOM! Studios, stay tuned to boom-studios.com and follow @boomstudios on Twitter.

NEWS WATCH: Your First Look at DUNE: A WHISPER OF CALADAN SEAS #1