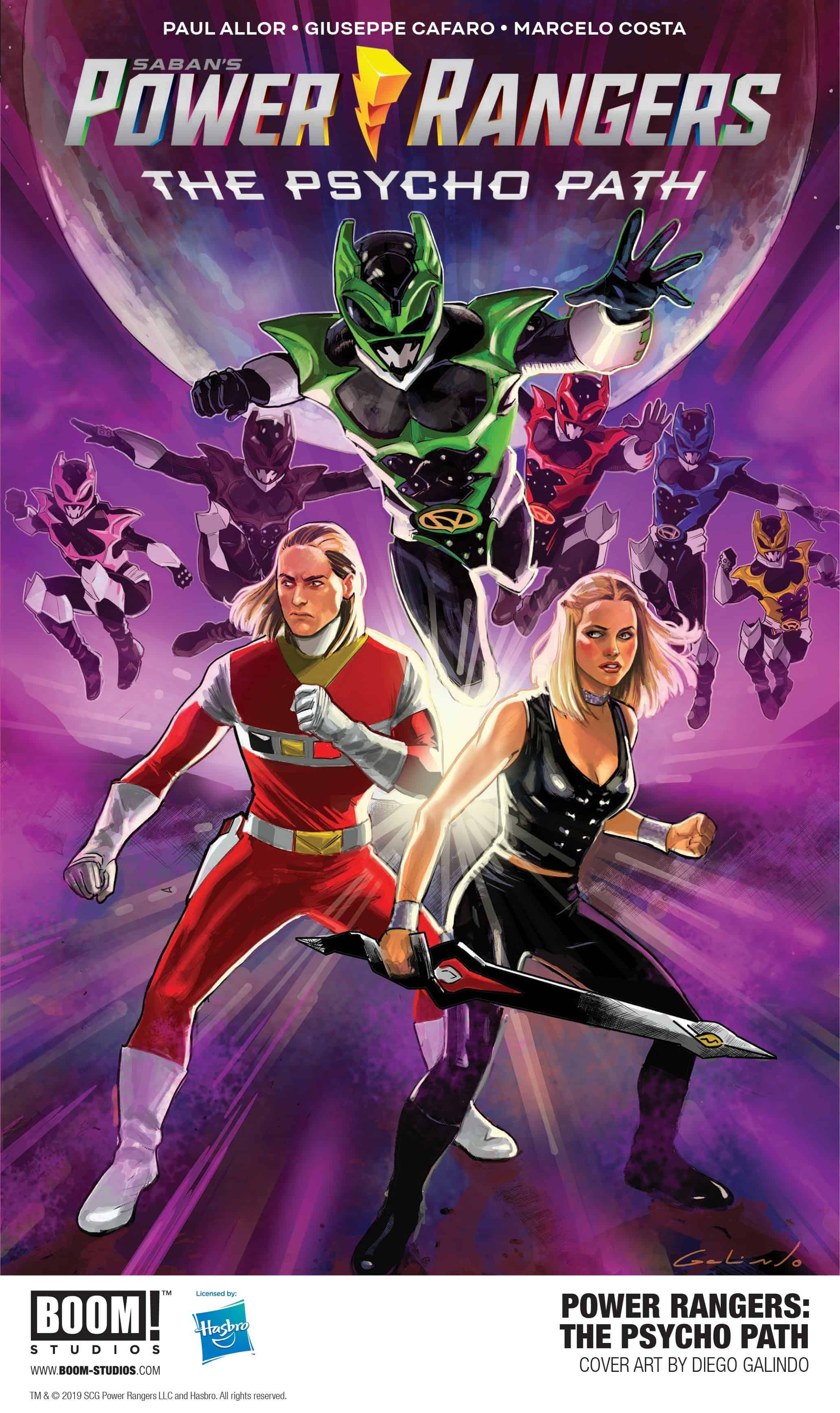 In Space Red Ranger Andros and former Lost Galaxy Pink Ranger Karone must deal with the return of the Psycho Rangers, created by Karone when she was still the evil Astronema. They’ve come to planet KO-35 to find their lost leader, and they won’t leave without her! But why do the Psycho Rangers want Astronema back, and what sinister plan is the Green Psycho Ranger hatching?

Currently, Power Rangers is celebrating 26 continuous years on the air, making it one of the longest running kids’ live-action series in television history with nearly 900 episodes aired to date. Created by Haim Saban and launched in 1993 with Mighty Morphin Power Rangers, the franchise celebrates its milestone anniversary year with the 26th season, “Power Rangers Beast Morphers” currently airing on Saturdays at 8 a.m. (ET/PT) on Nickelodeon in the U.S.

Print copies of SABAN’S POWER RANGERS: THE PSYCHO PATH will be available on October 9, 2019, at local comic book shops (use comicshoplocator.com to find the one nearest you), October 15, 2019, at bookstores, or at the BOOM! Studios webstore. Fans can also find softcover collections of Mighty Morphin Power Rangers Volumes 1-8, Saban’s Go Go Power Rangers Volumes 1-4, and Mighty Morphin Power Rangers: Shattered Grid everywhere books are sold. Digital copies can be purchased from content providers like comiXology, iBooks, Google Play, and the BOOM! Studios app.

For continuing news on the SABAN’S POWER RANGERS: THE PSYCHO PATH graphic novel and more from BOOM! Studios, stay tuned to boom-studios.com and follow @boomstudios on Twitter. 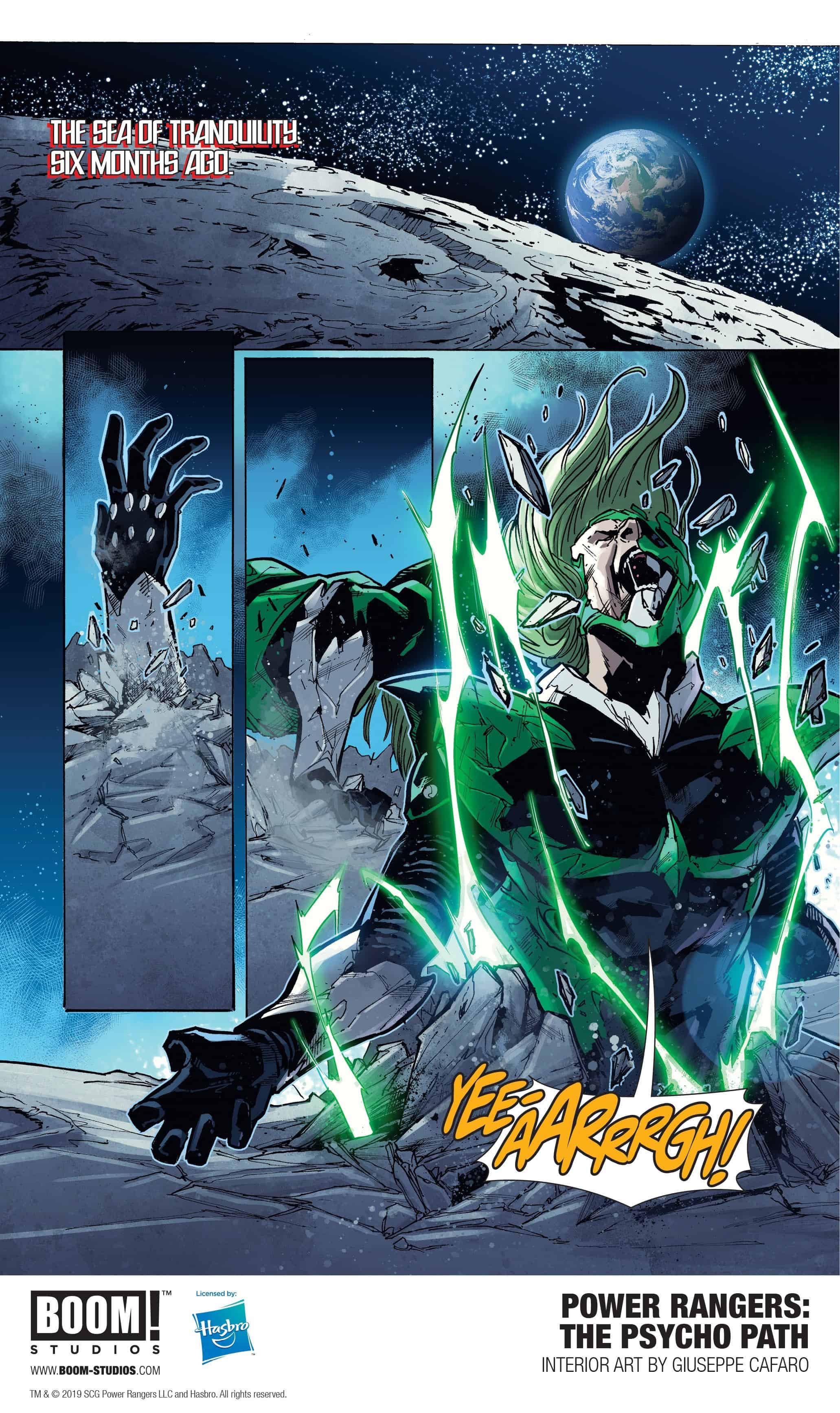 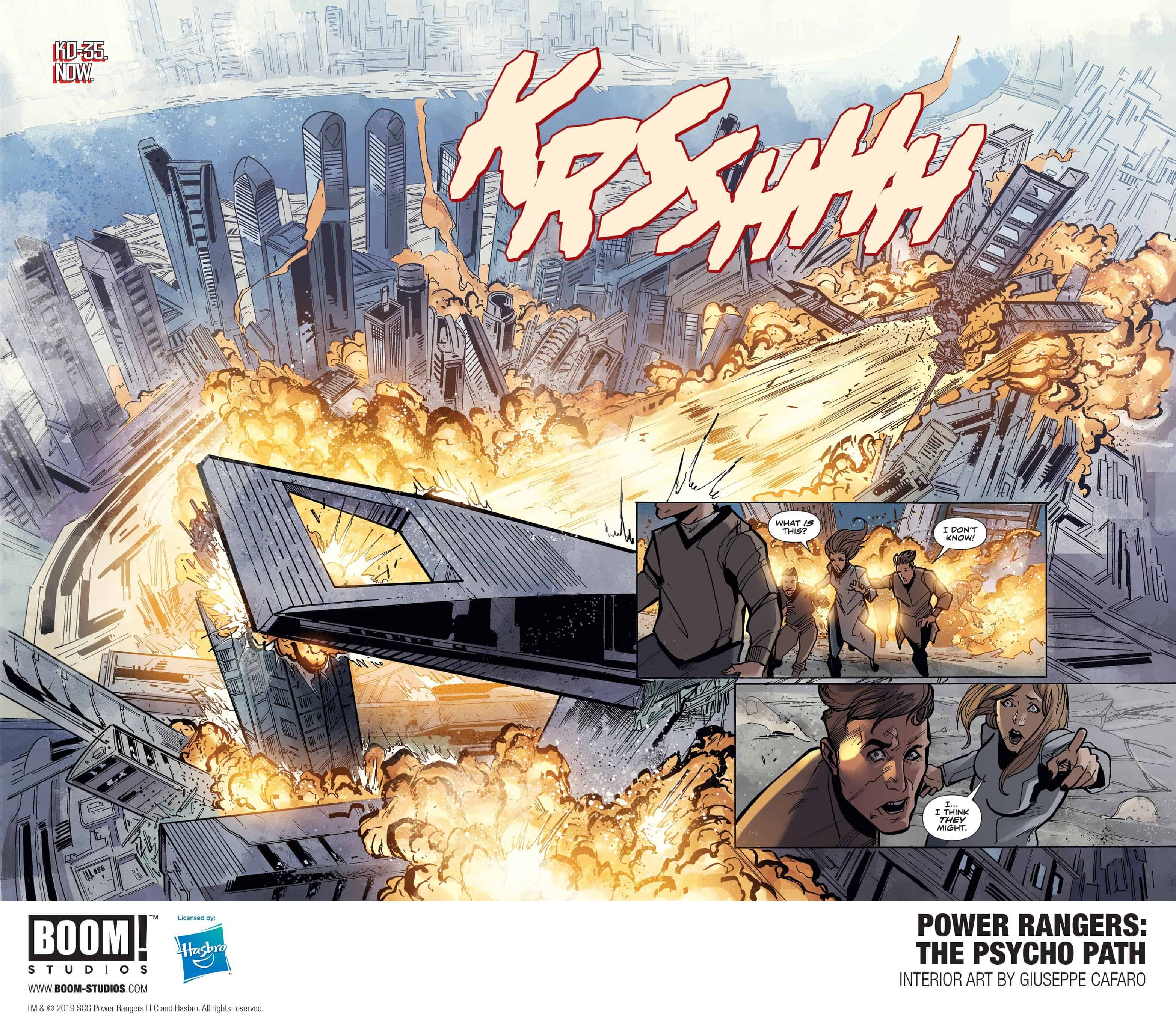 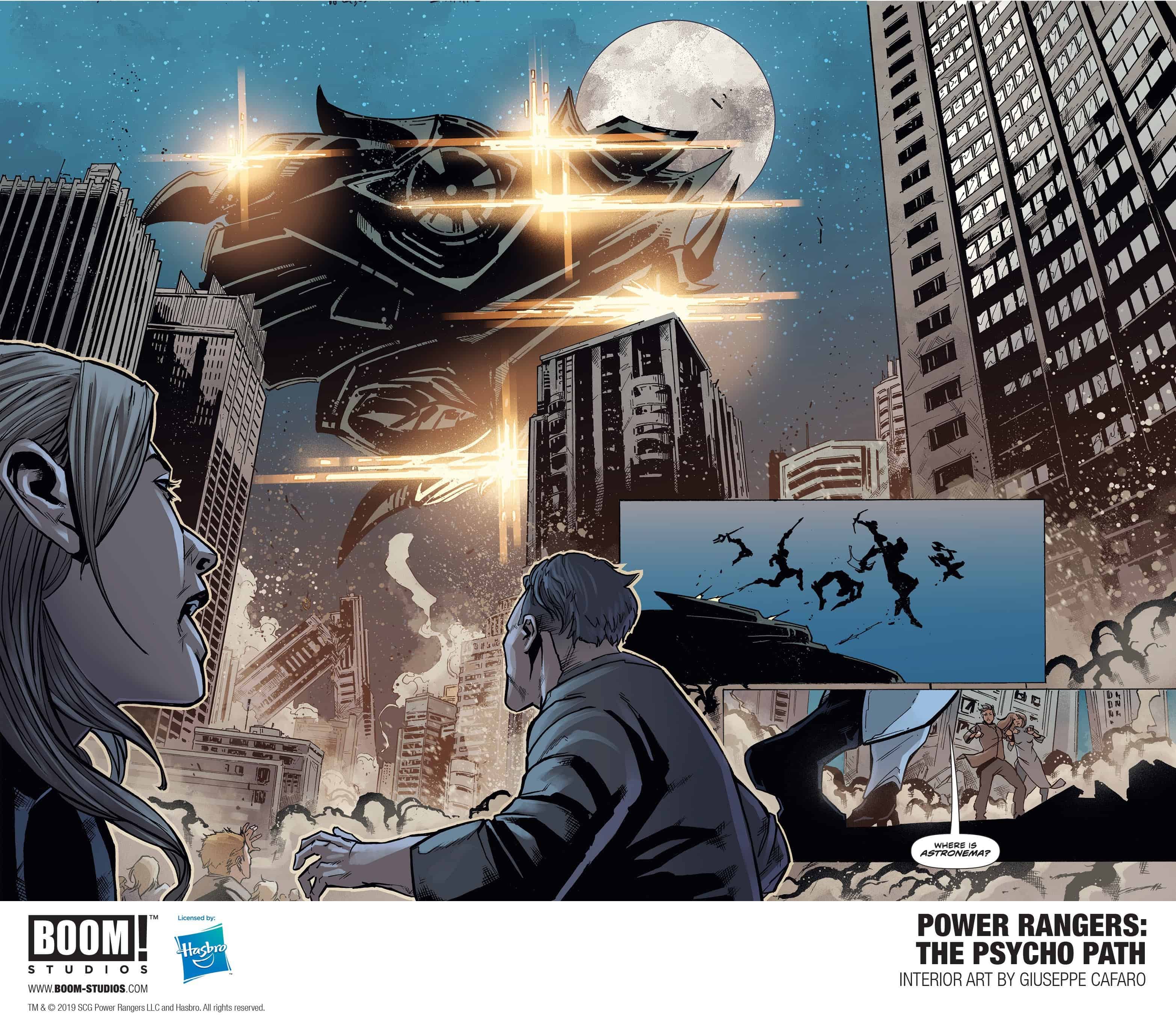 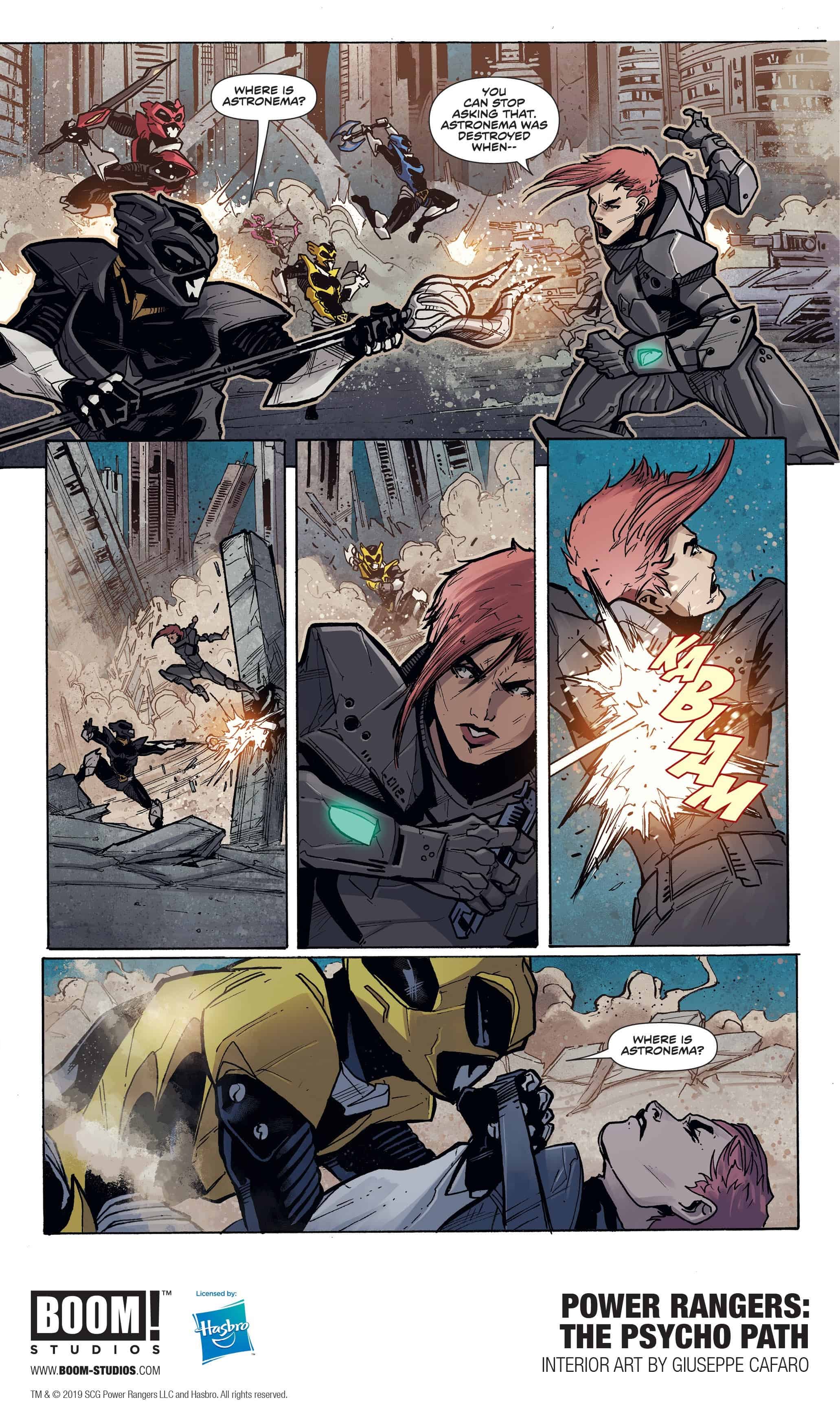 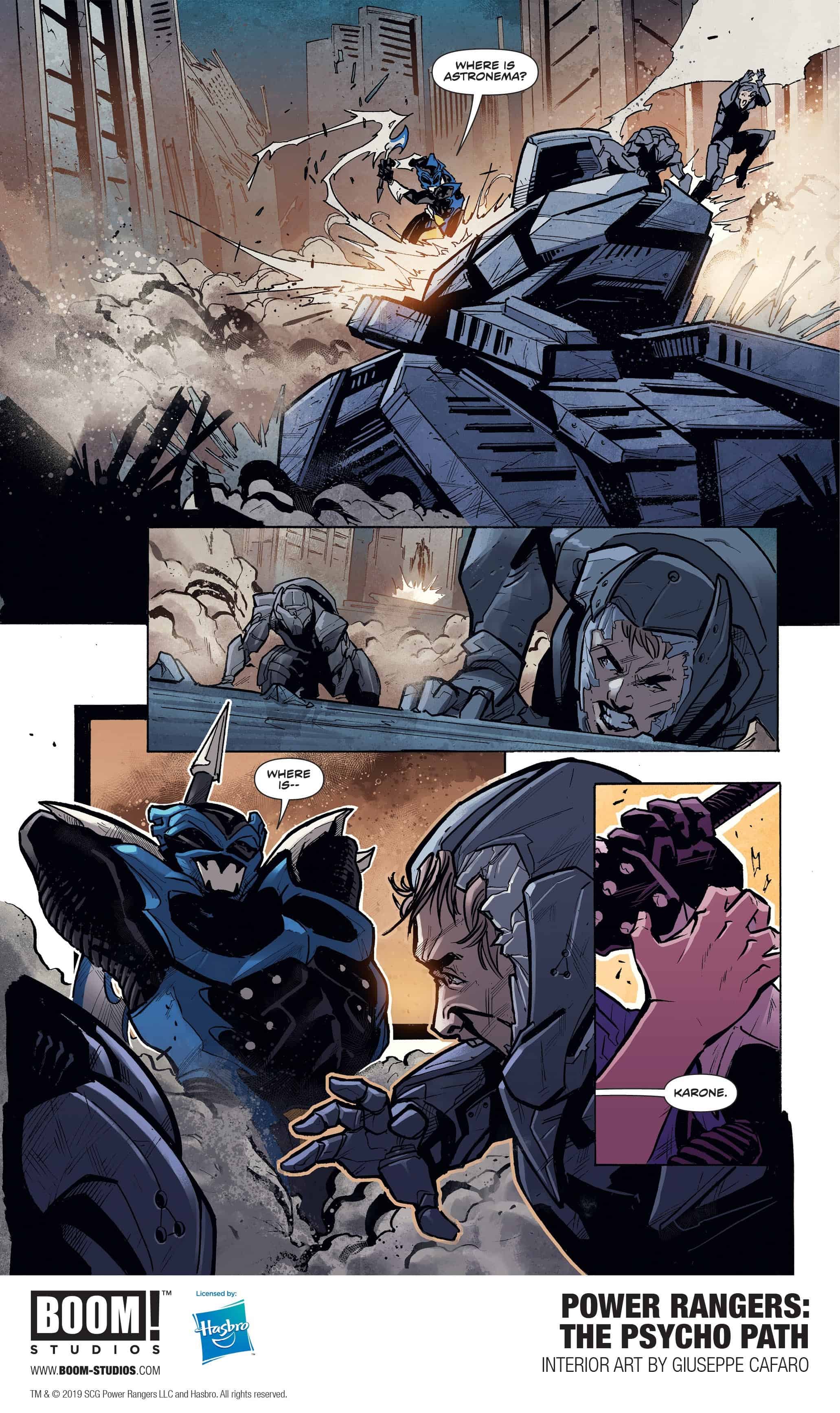 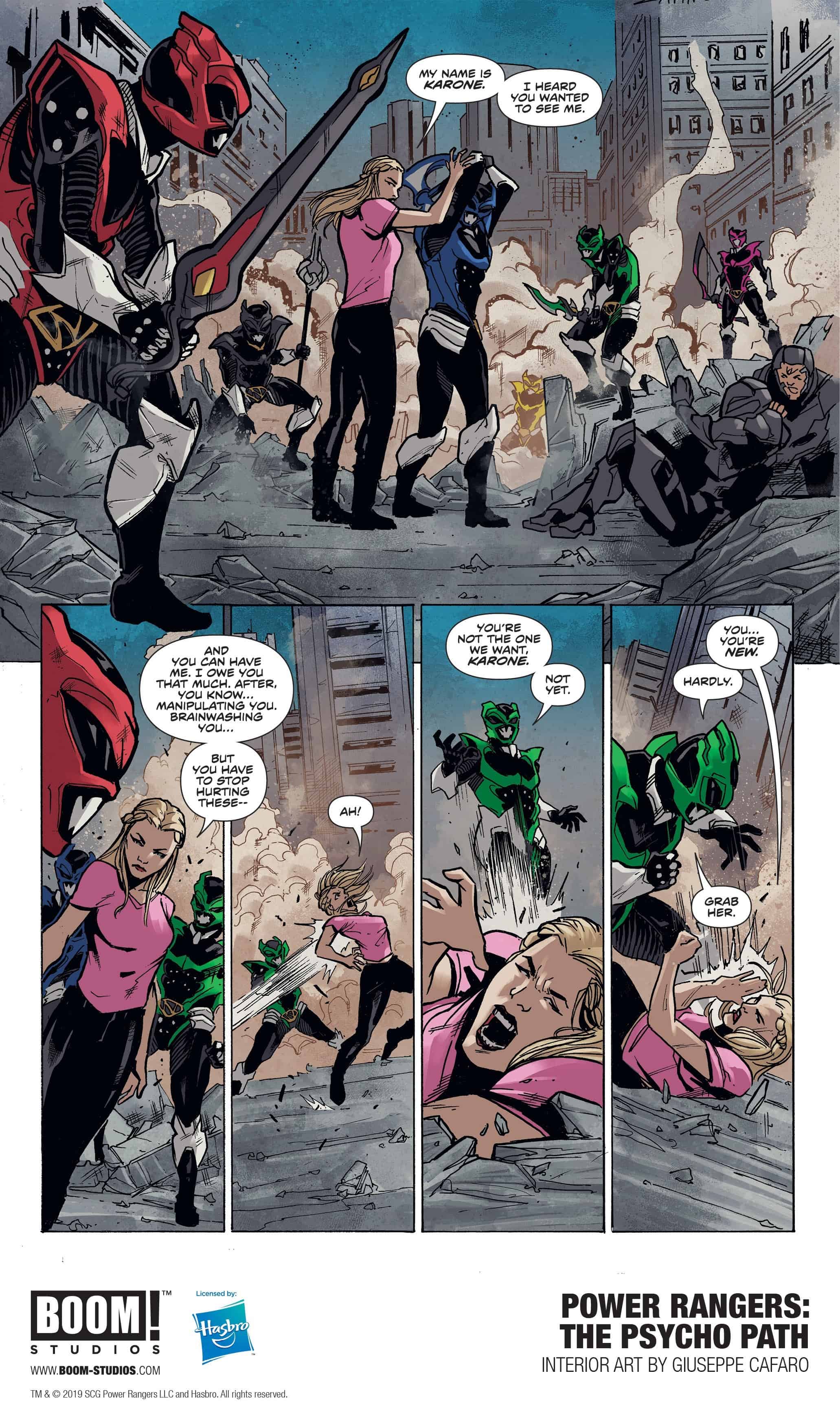 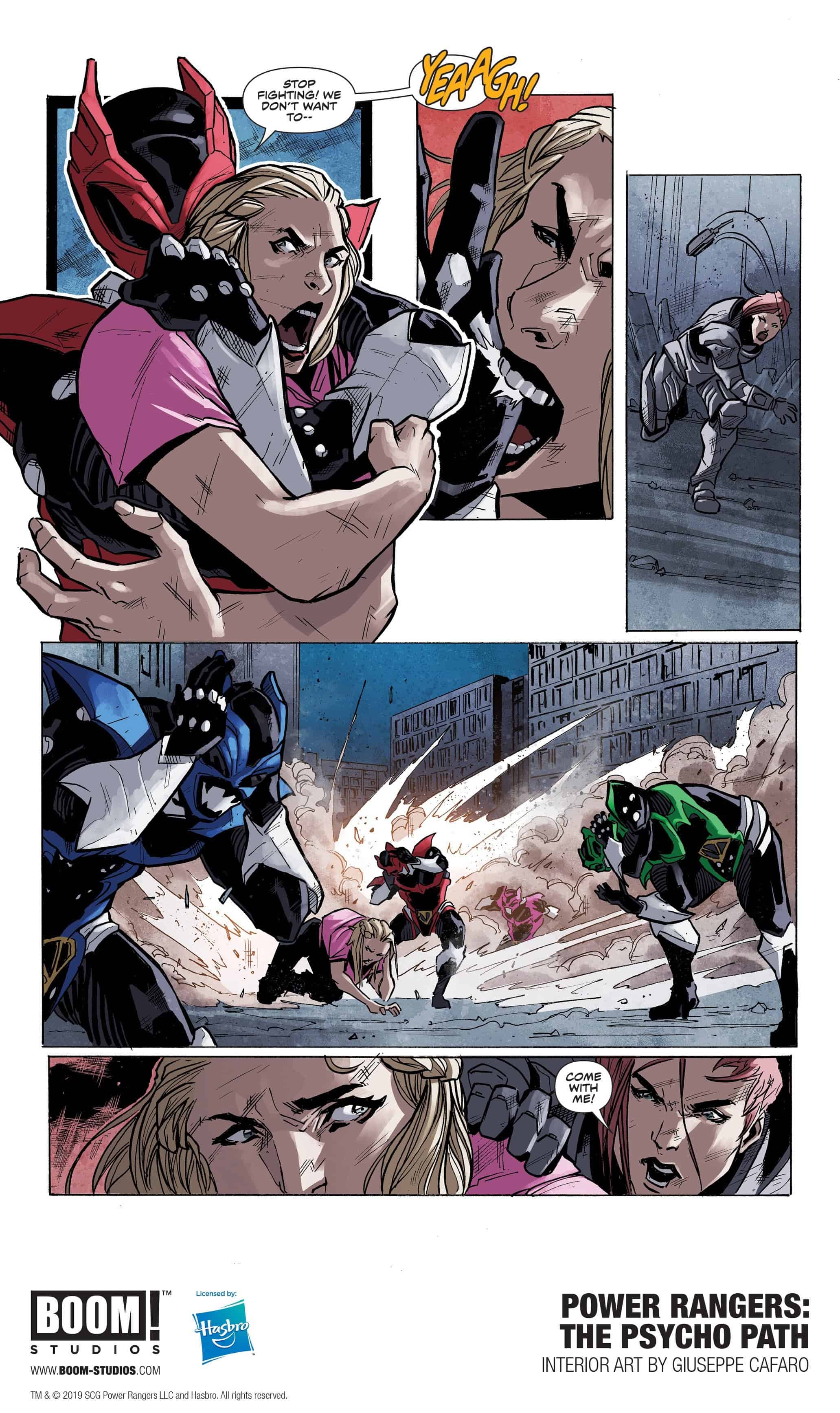 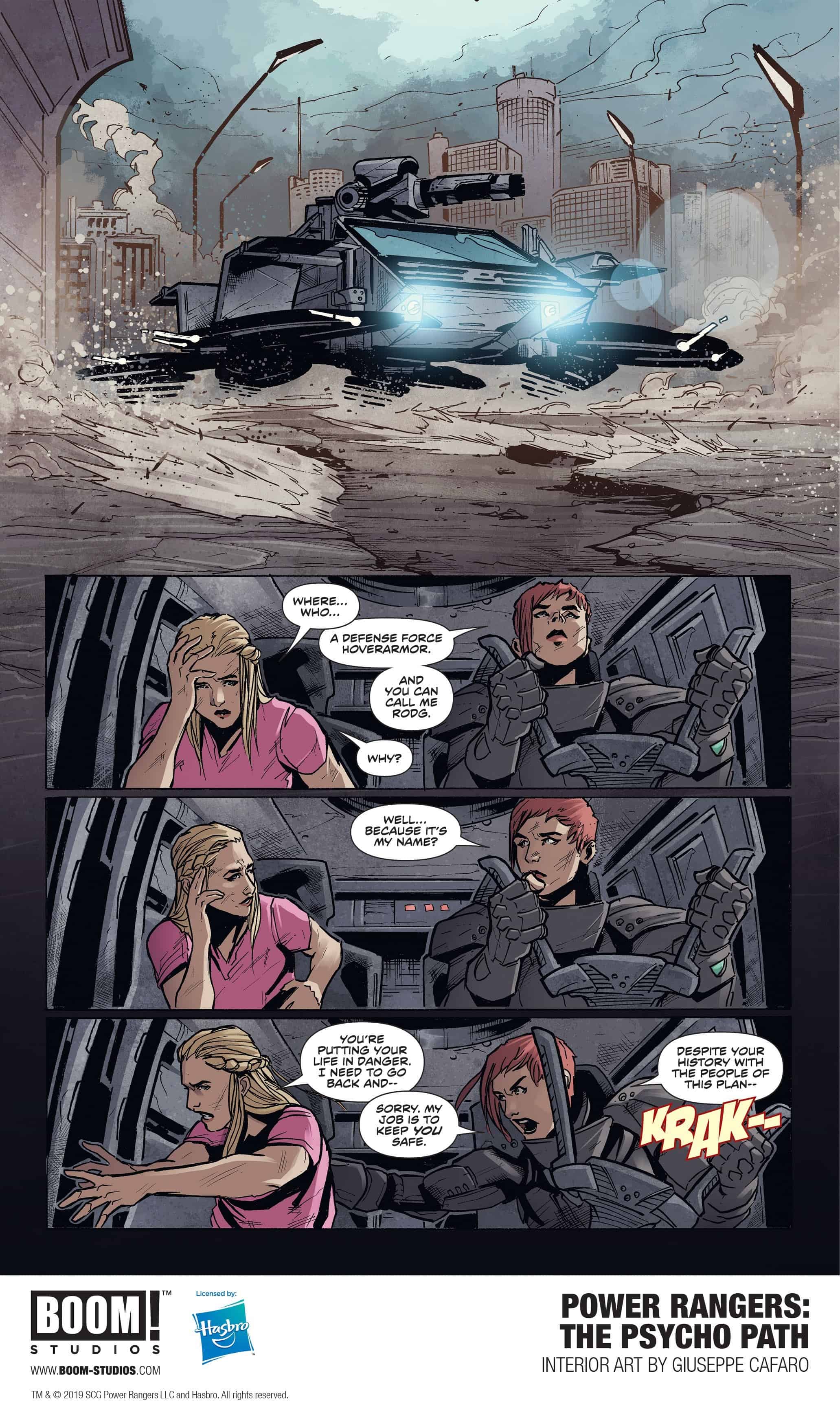 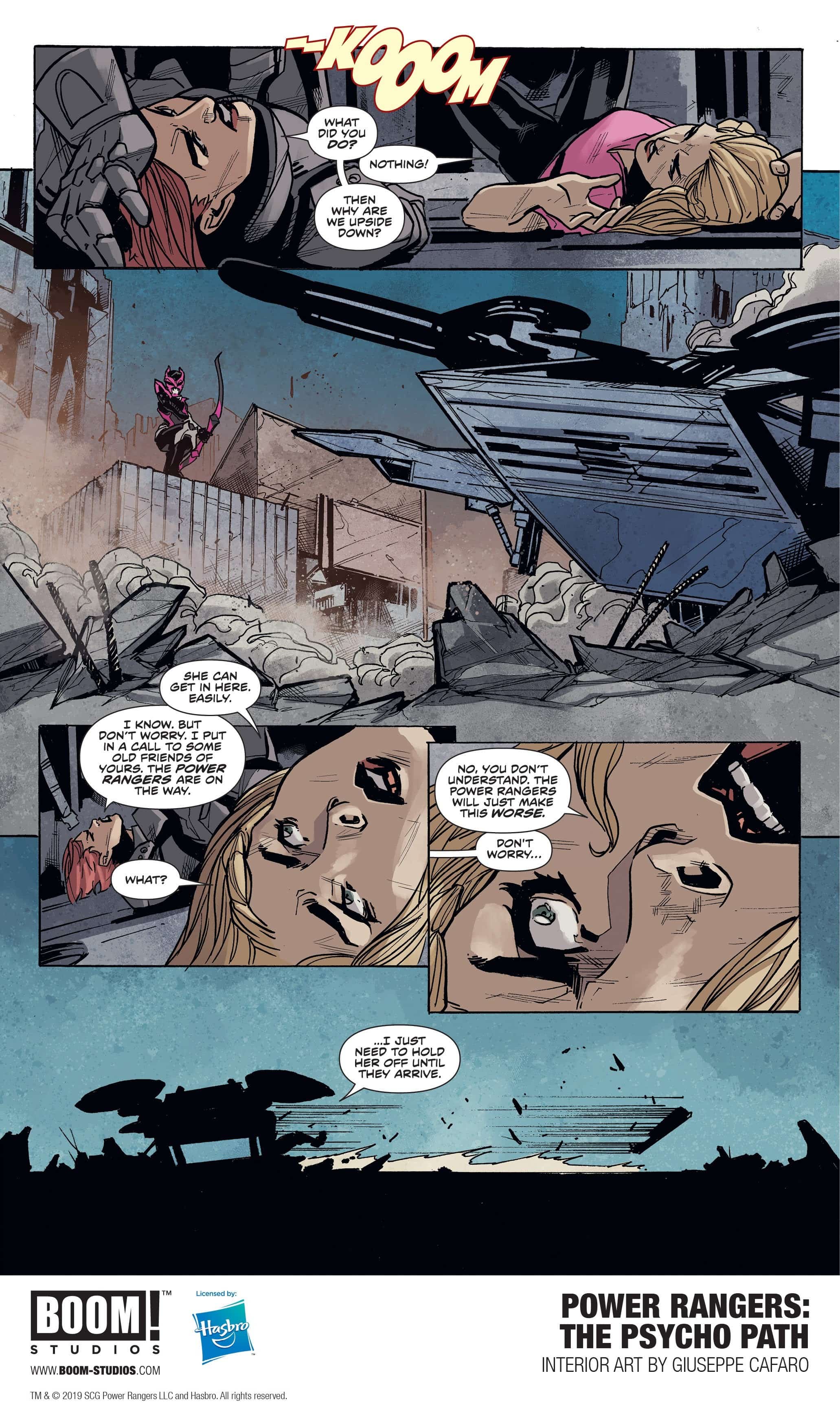 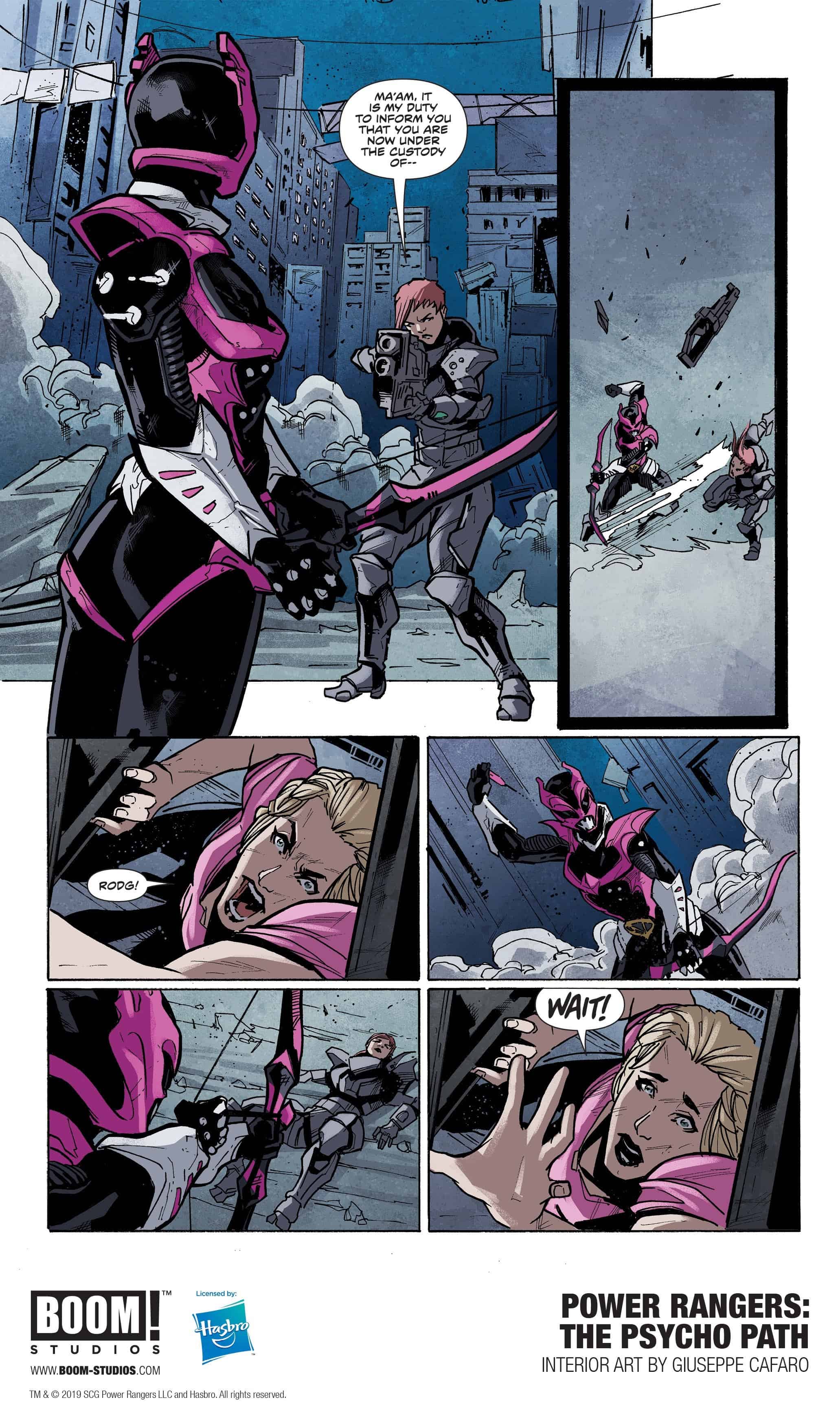 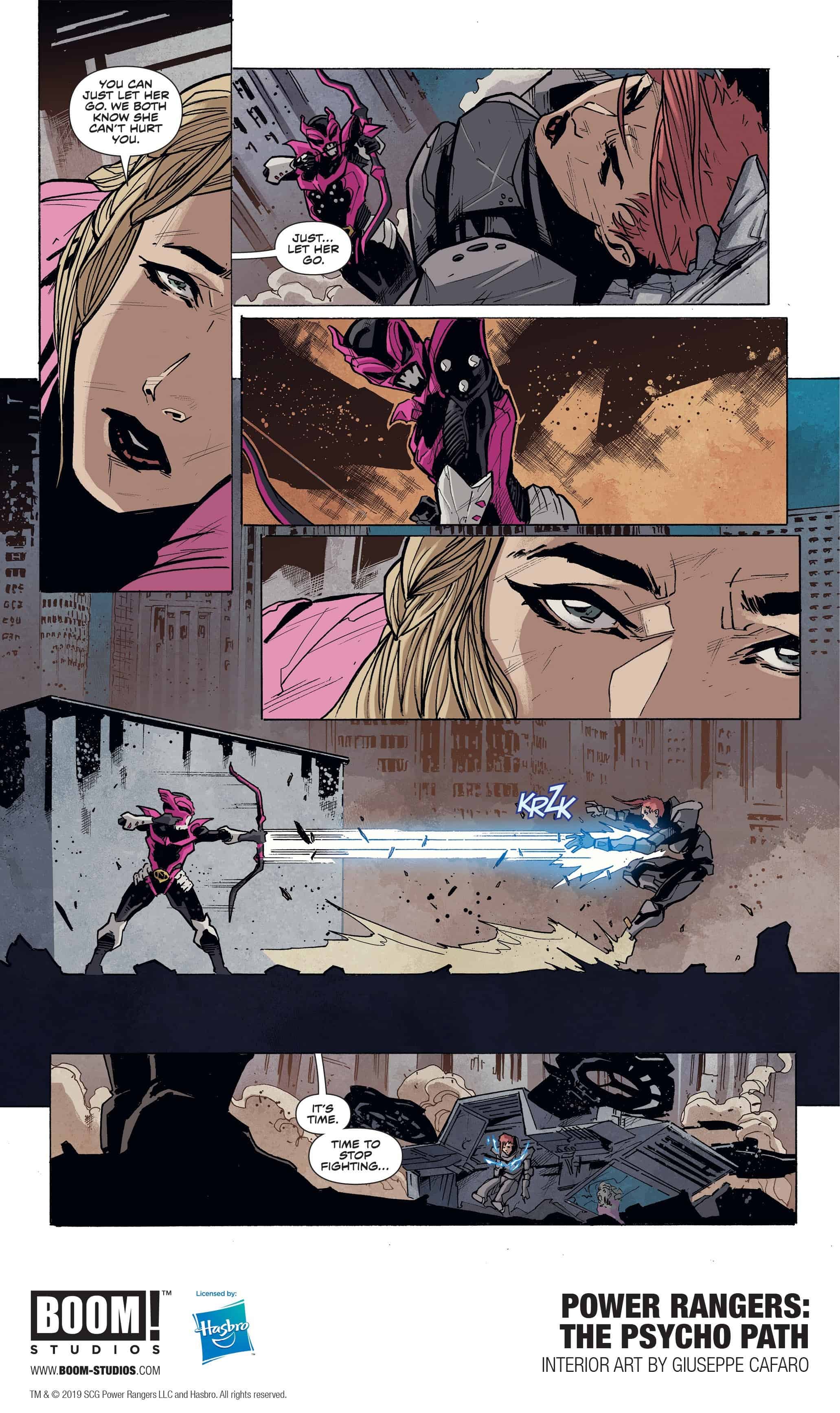 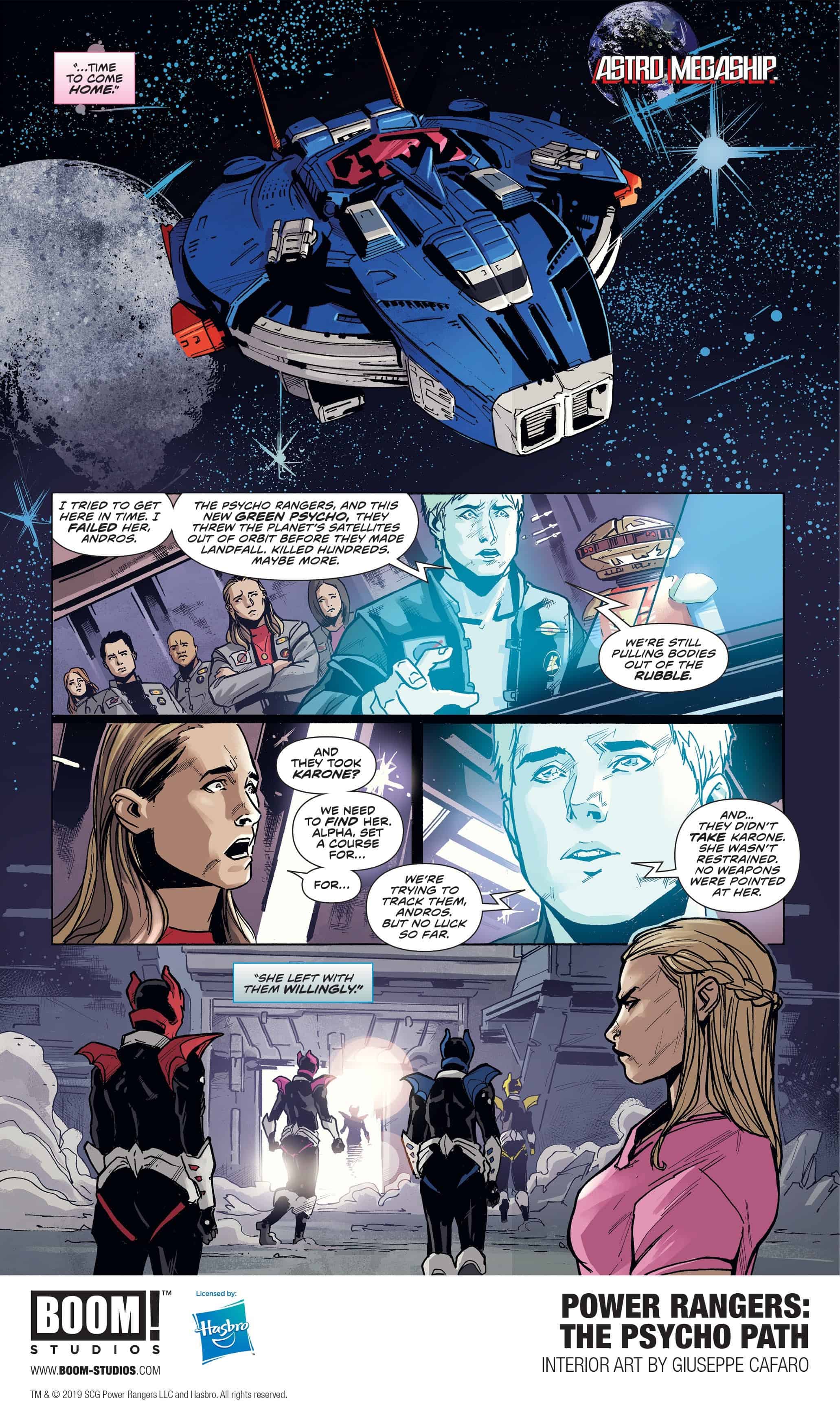 NEWS WATCH: A NEW TEAM OF MUTANT SUPER HEROES CHART THE COURSE FOR THE REIGN OF X IN X-MEN #1
April 16, 2021
Recent News & Reviews