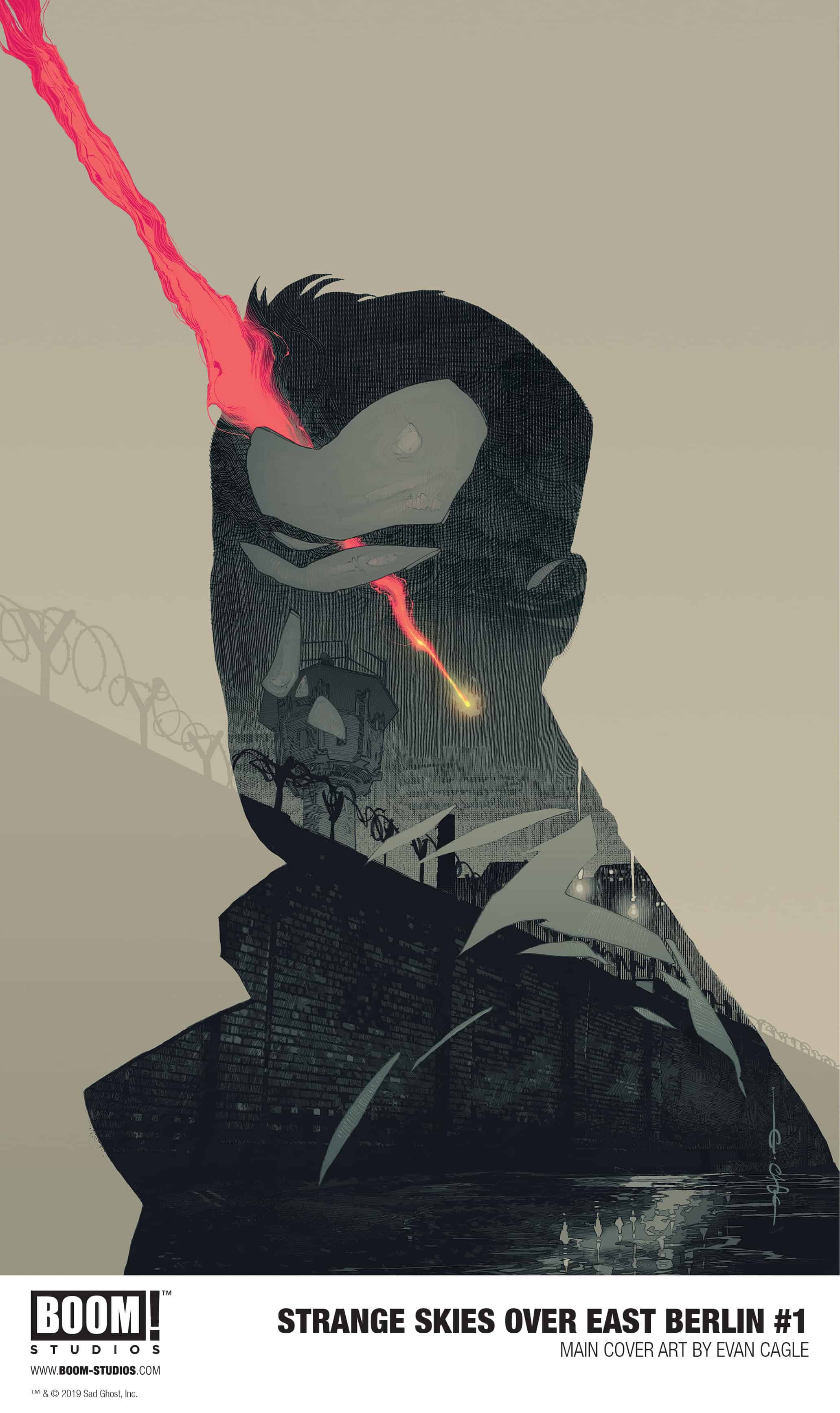 BOOM! Studios revealed today a first look at STRANGE SKIES OVER EAST BERLIN #1, the premiere issue of an all-new original series from Jeff Loveness (Judas) and artist Lisandro Estherren (Redneck, The Last Contract), a chilling and intense thriller about an American spy who encounters a terrifying inhuman threat at the heart of the Cold War.

It’s 1973, and Herring, a disillusioned American spy, has spent the entire Cold War infiltrating the inner circles of East German intelligence for a cause he barely believes in anymore. He’s seen everything and done anything his government asked, but his latest mission pits the brilliant embittered operative against an old Stasi foe and a strange force so powerful it threatens the very existence of humanity.

Print copies of STRANGE SKIES OVER EAST BERLIN #1 will be available for sale October 2, 2019 exclusively at local comic book shops (use comicshoplocator.com to find the nearest one) or at the BOOM! Studios webstore. Digital copies can be purchased from content providers, including comiXology, iBooks, Google Play, and the BOOM! Studios app. 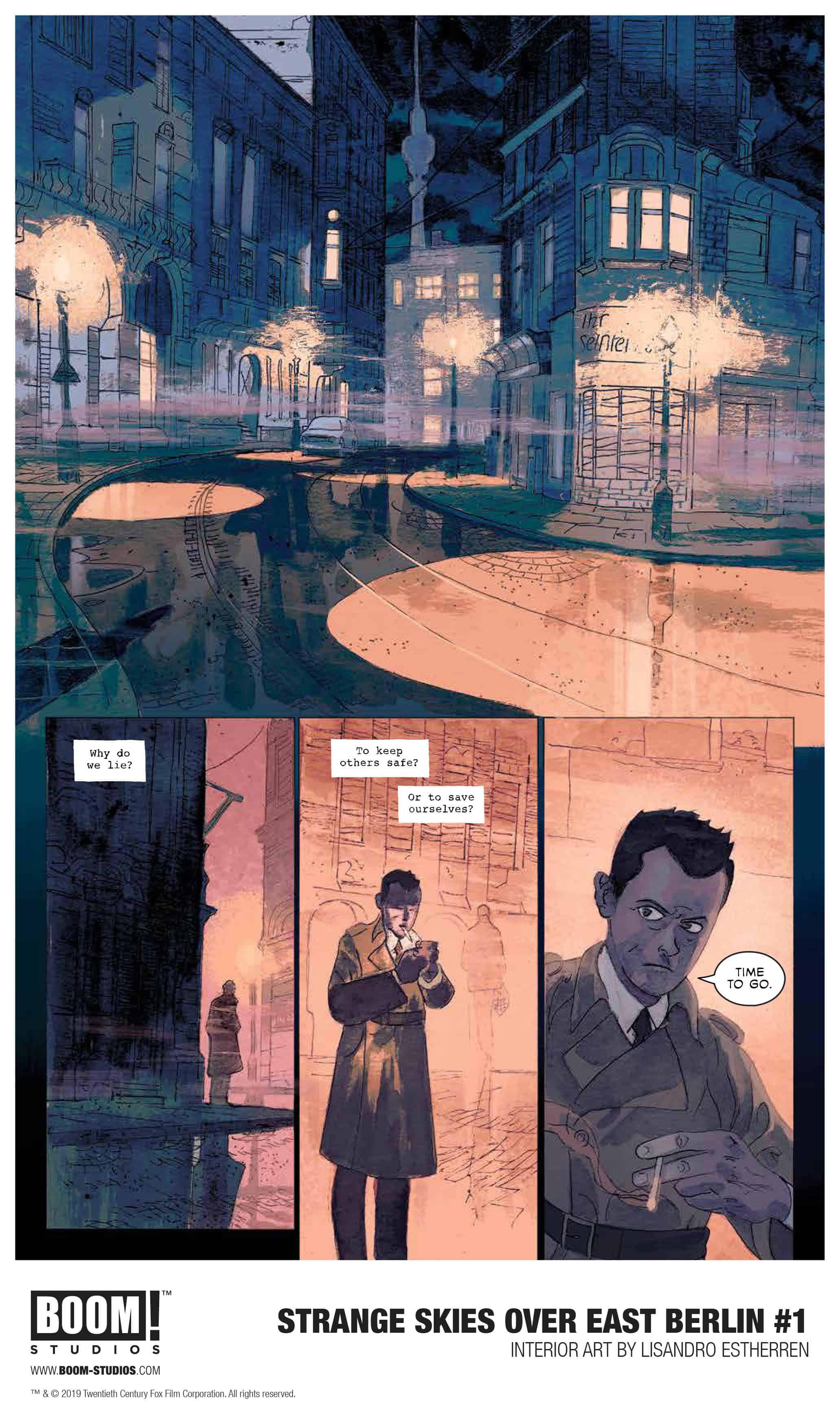 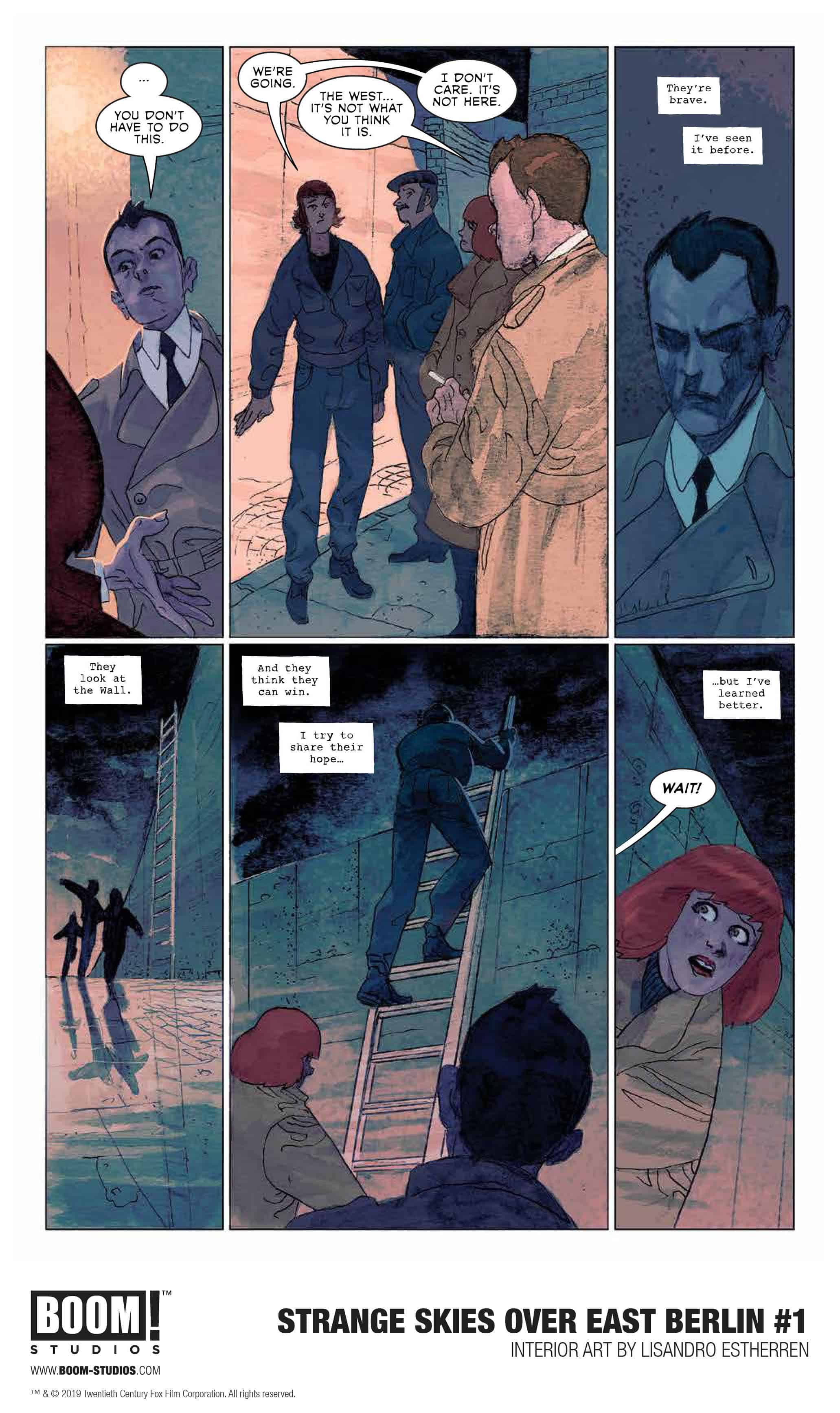 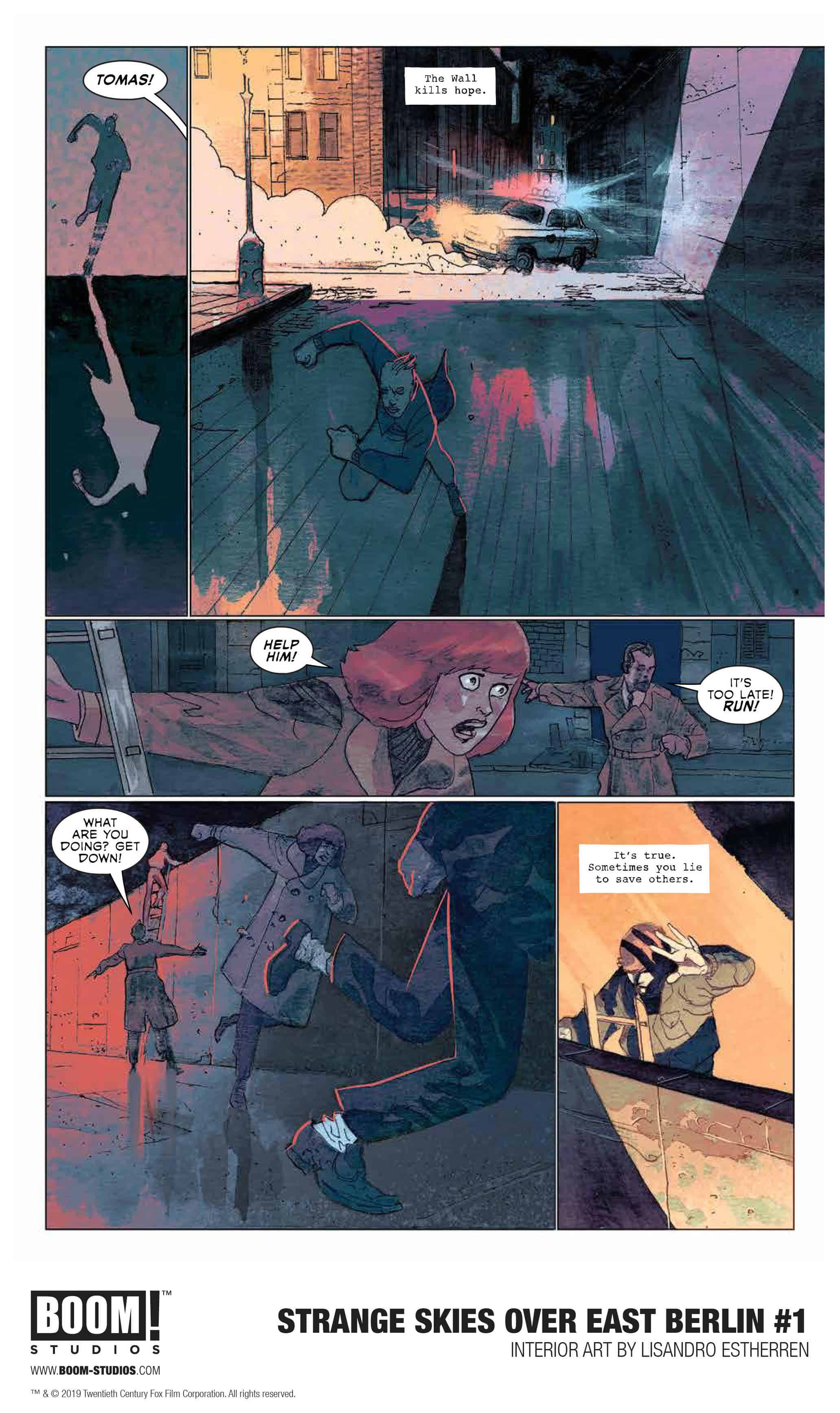 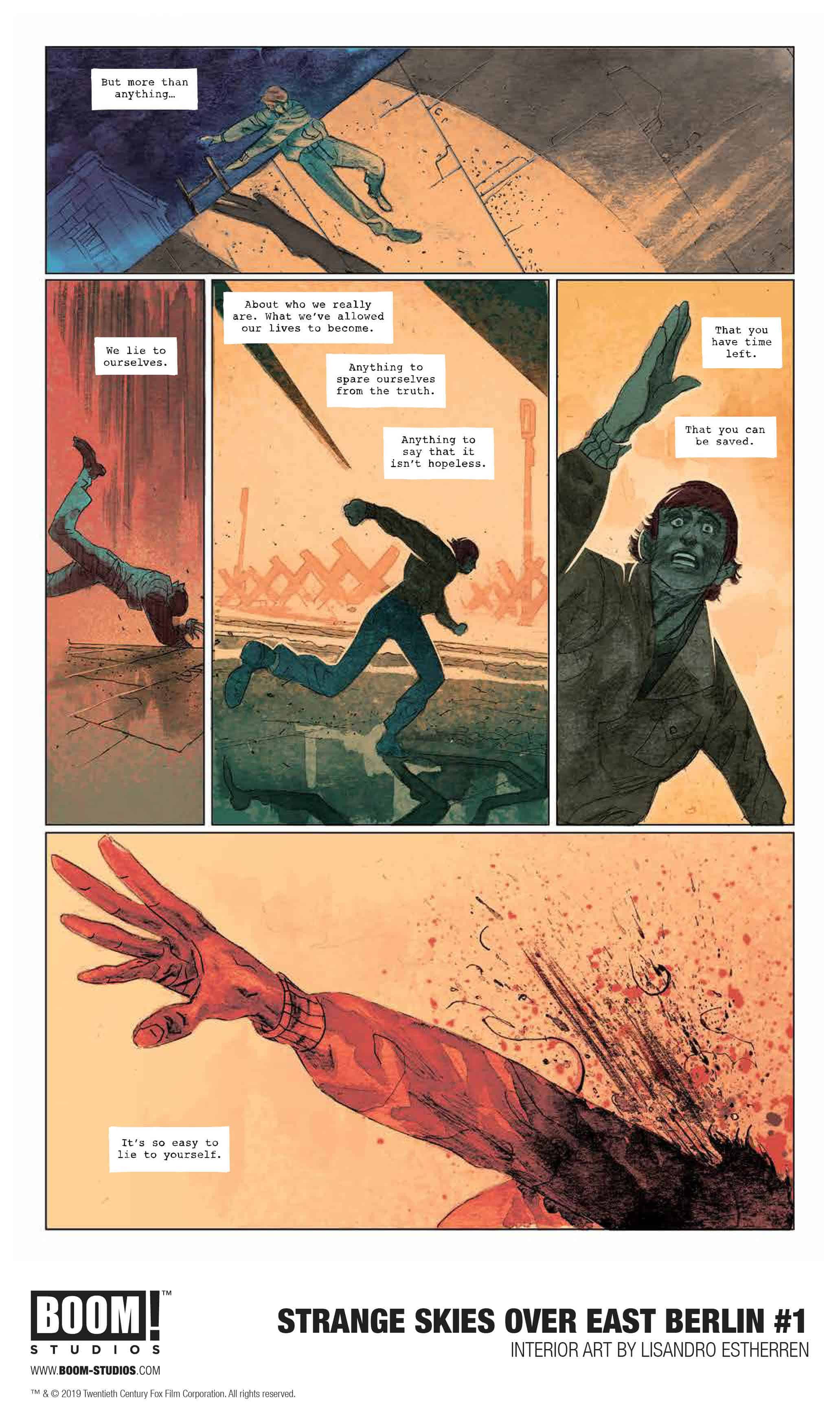 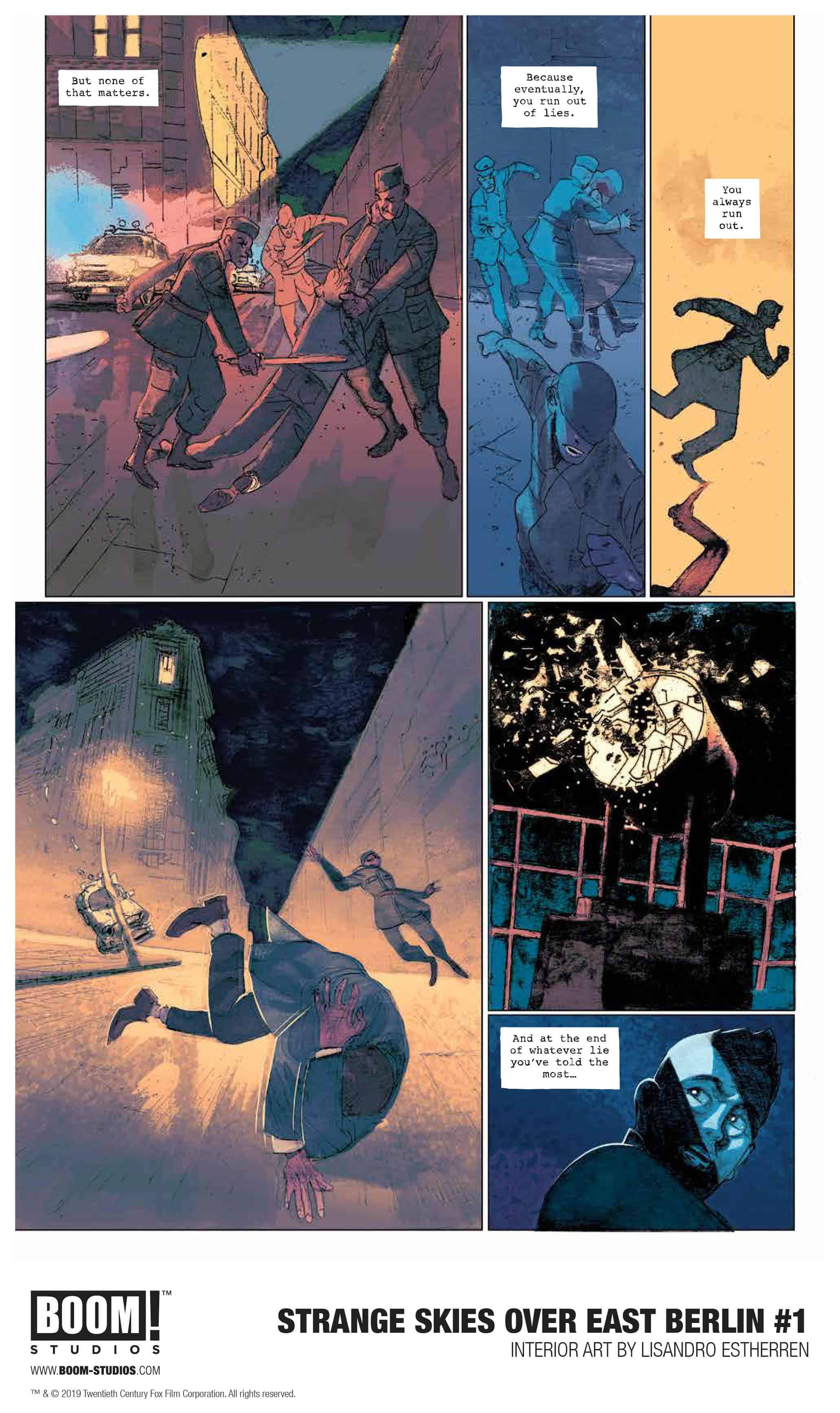 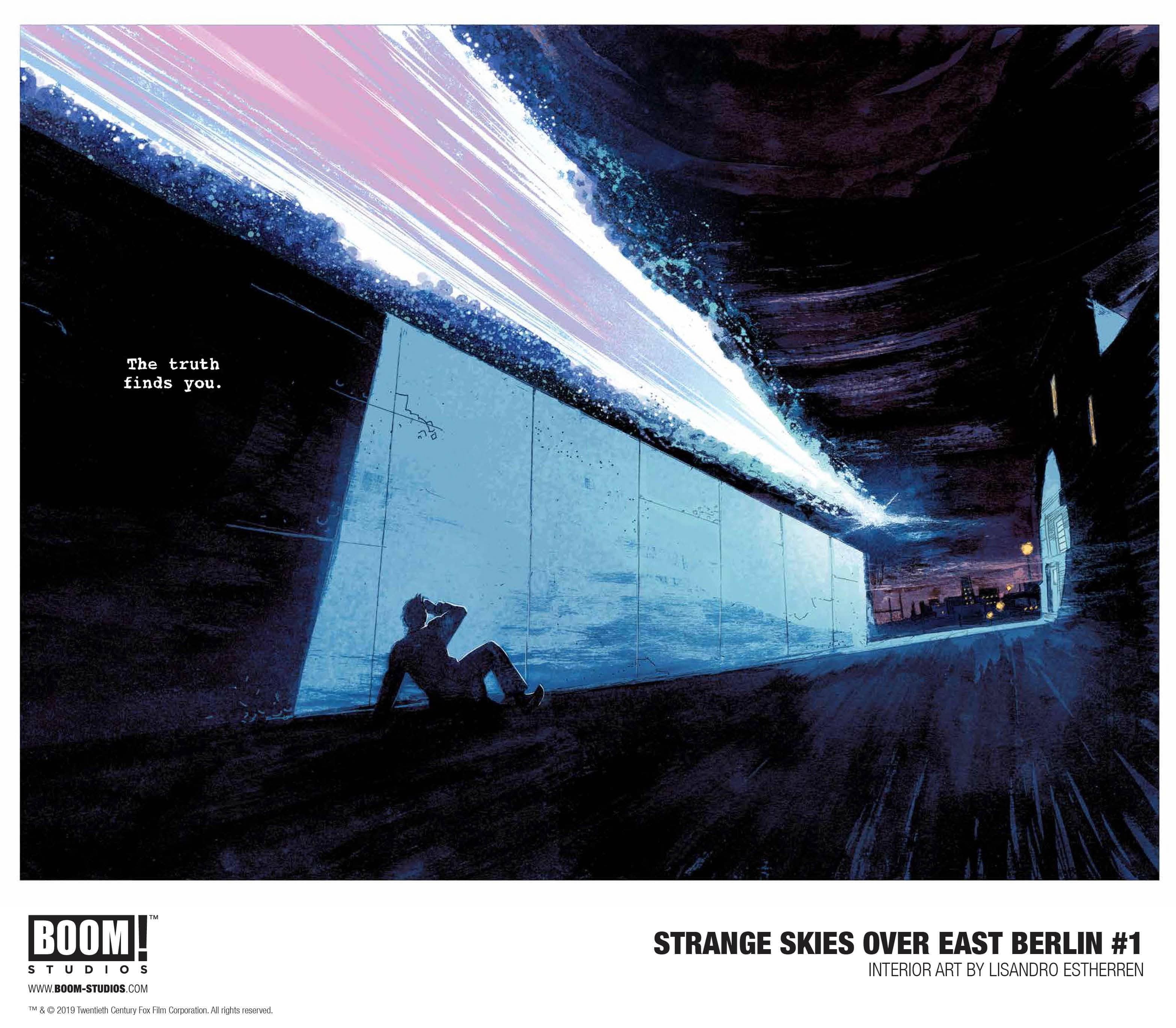