Z2 Comics reaches “a new level” in 2022 with the release of an ambitious graphic anthology paying tribute to one of the biggest bands in the history of heavy metal, whose innovative fusion of groove and hardcore served as one of the defining sounds of the 1990s: Pantera!

“We’re really happy and excited to have this graphic novel come out for the fans, and to be a part of something special, as it pertains to its artists and creators,” Pantera vocalist Philip Anselmo explains.

“Check out our killer new Vulgar graphic novel, can’t wait to check all of it out!! And neither will you!!” Pantera bassist Rex Brown continues.

In the grand tradition established by Z2, the Vulgar Display of Power graphic novel unites famous fans of the band throughout comics and music to team up on adaptations of all eleven of the album’s tracks. Creators including Alan Robert (Life of Agony), Eric Peterson (Testament), Keith Buckley (Every Time  I Die), Burton C. Bell (Fear Factory), Steve Niles (30 Days of Night), Tony Lee (Beartooth: The Journey Below), and illustrators Brian Ewing, Ryan J. Downey, Erik Rodriguez, Ryan Kelly, Steve Chanks, Kevin Mellon, John Pearson, and Danijel Zezelj will each offer a unique interpretation inspired by the lyrics and music to create a whole new way to experience this landmark work of heavy art. 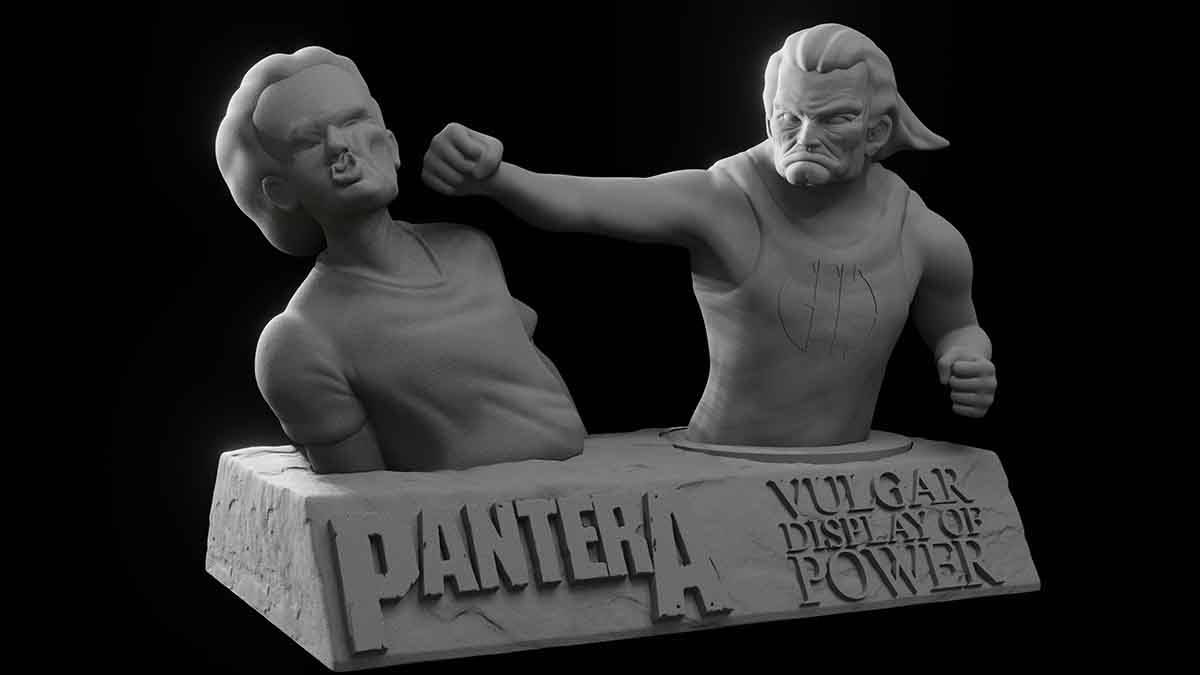 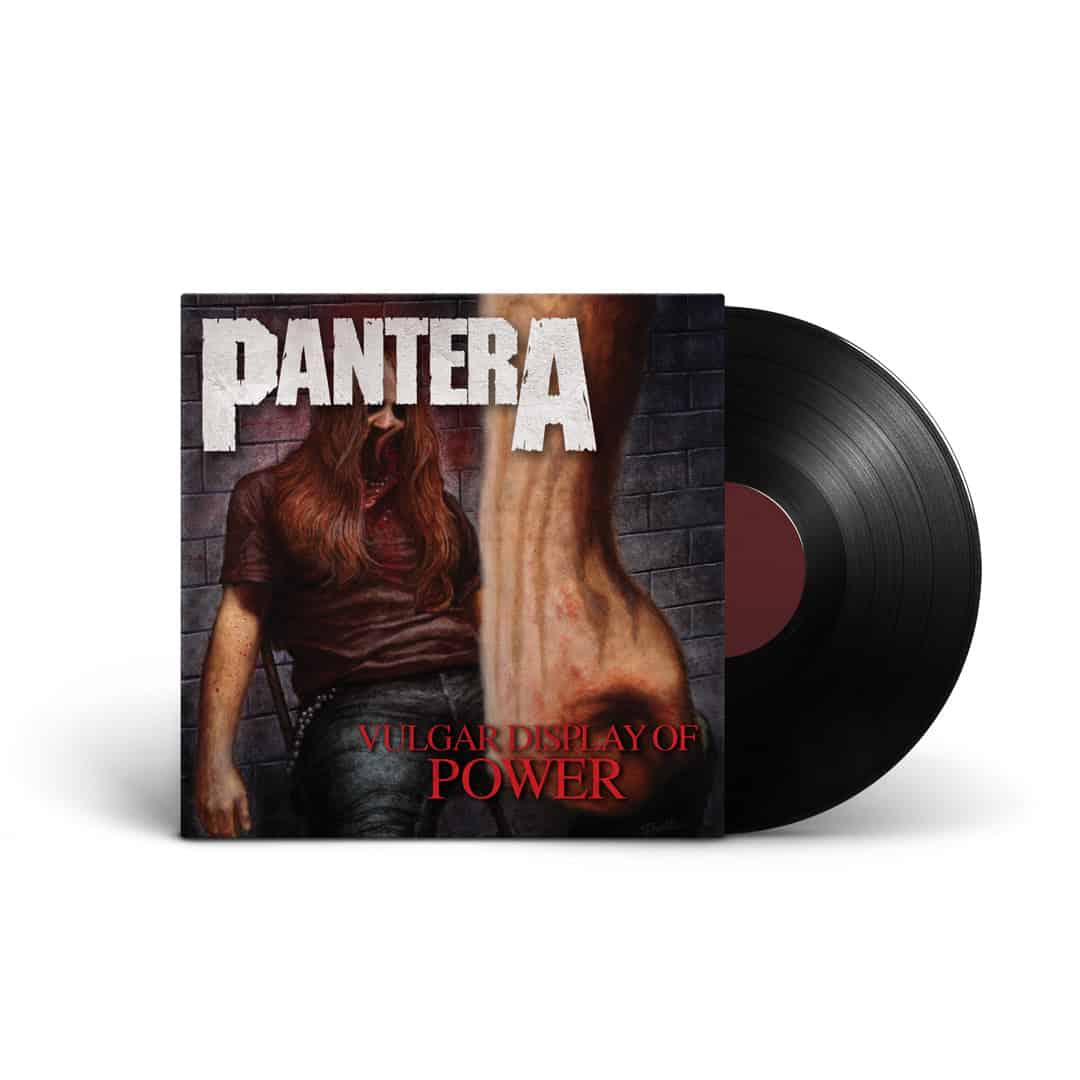 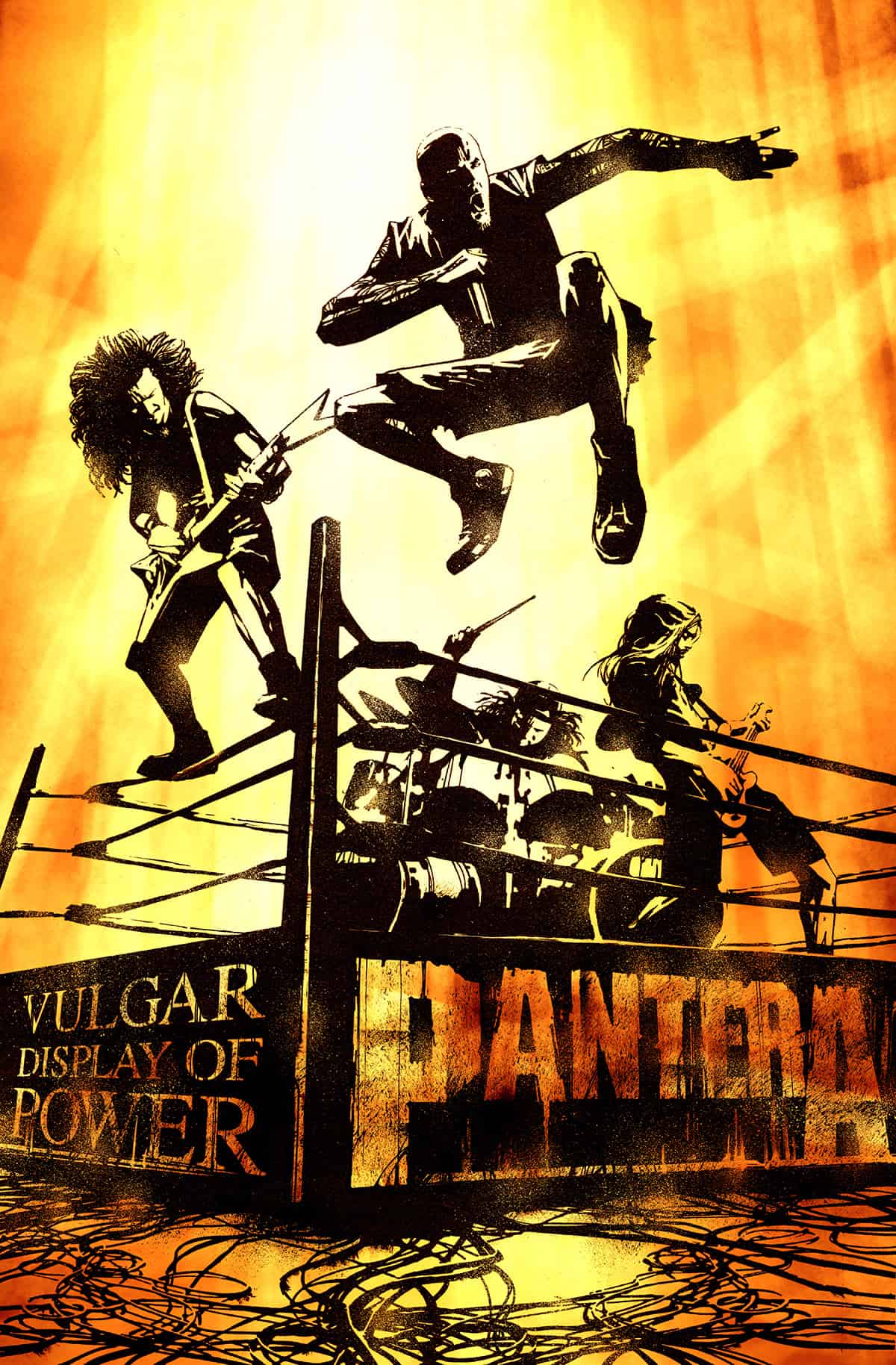 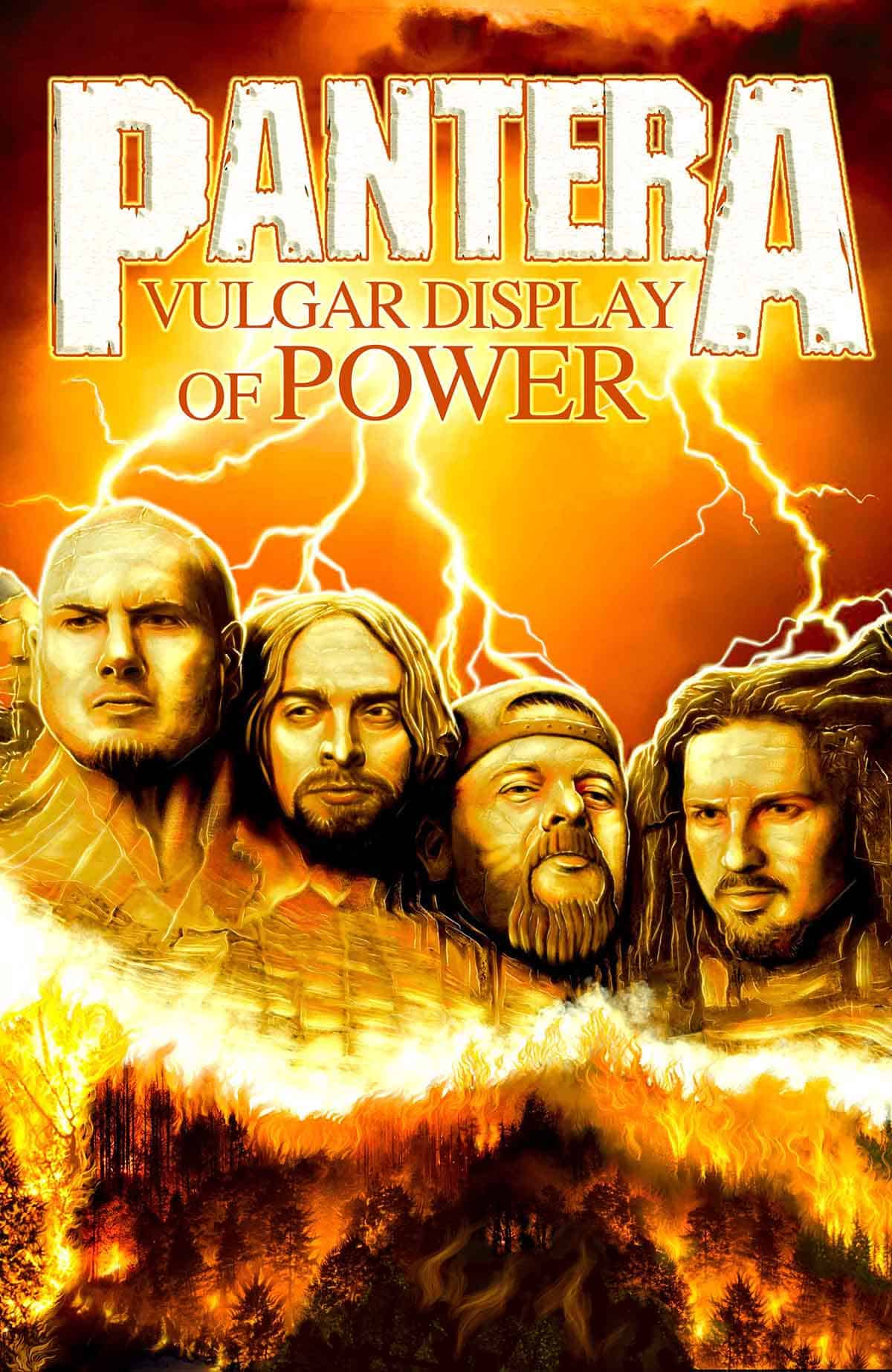 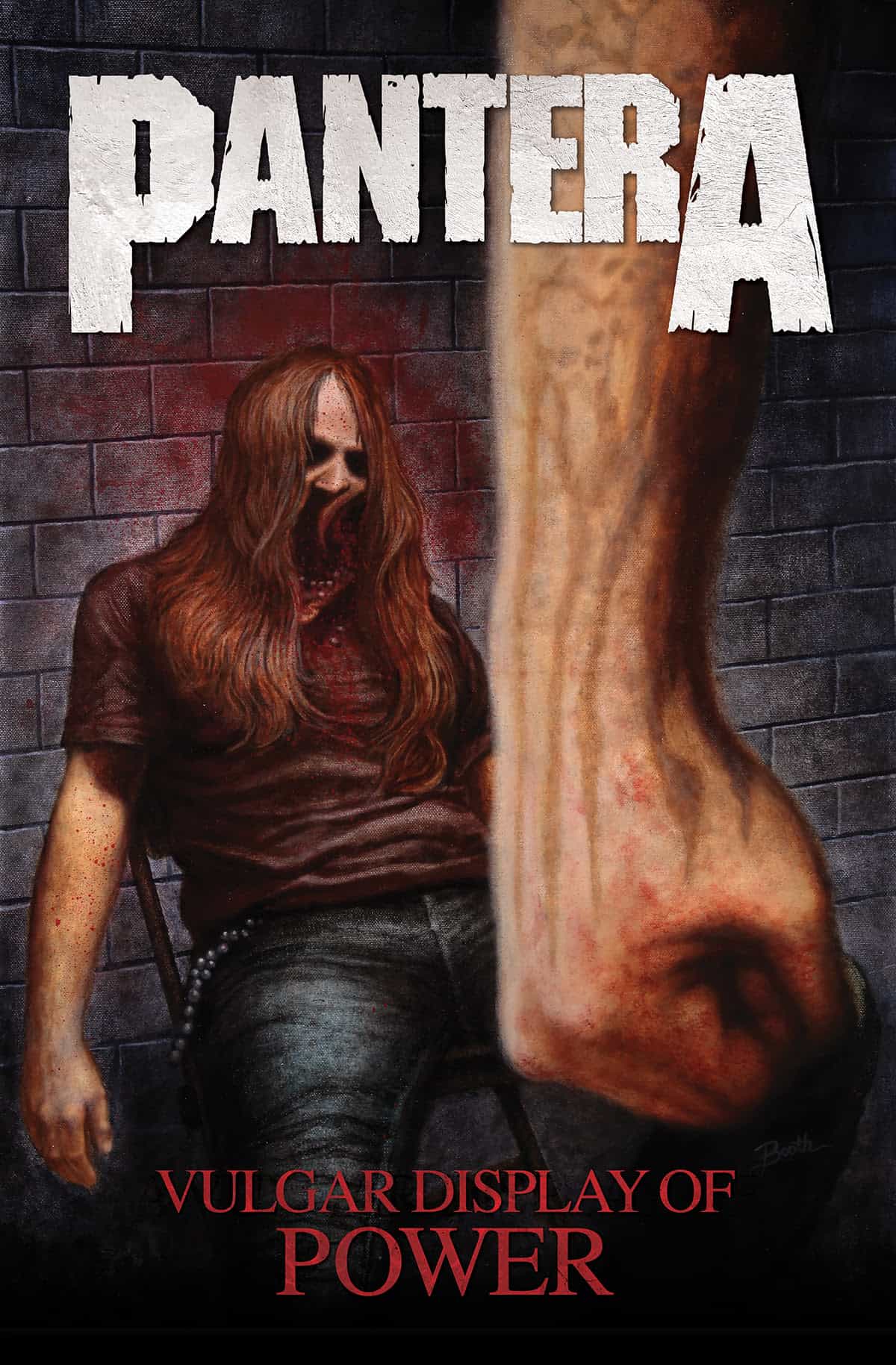 Fronting this legacy of admiration and talent, legendary tattoo artist and friend of the band Paul Booth provides the stunning cover art, showing the grisly aftermath of the sucker-punch cover photo from the original album.

“I’m not sure I can even express what a tremendous honor it has been to work on this project for Pantera,” Booth says. “The first music tour I ever went out on, Pantera headlined. That was back in ‘94 with Sepultura and Biohazard. To this day, I still compare every tour I’ve been on to that one as it really was the most special for me. This project has been an awesome experience and I greatly thank everyone involved!”

Pantera’s 1992 album Vulgar Display of Power marked another turning point in the band’s sound, as vocalist Philip Anselmo strengthened his hardcore vocal assault, backed by the trademark guitar crunch of Dimebag Darrell and rounded out by bassist Rex Brown and drummer Vinnie Paul. The resulting sound was every bit as powerful as the album’s visceral cover art. Their most commercially successful record to that point, the album laid the groundwork for the band’s further domination of heavy radio and video airplay. Certified gold only a year later, this album has stood the test of time as one of the defining moments for the band and for the enduring legacy of heavy metal.

Z2 and Pantera present Vulgar Display of Power in both softcover and hardcover formats, as well as deluxe, super deluxe, and platinum editions packaged with an exclusive vinyl variant LP of the classic album, gallery ready prints by Danijel Zezelj, Erik Rodriguez, and Alan Robert, signed editions from Philip Anselmo and Rex Brown, plus more available exclusively through Z2’s webstore! Also available in a limited and numbered edition will be a one-time release of a special Pantera “punch action” resin statue, paying tribute to the album’s iconic cover art. Preorder yours today!