The infamous shock rock band GWAR and Z2 Comics,  the premier destination for authentic musically inspired graphic novels and collectibles are teaming up for GWAR: The Duoverse of Absurdity!—the upcoming graphic novel from Michael Derks (Balsac the Jaws of Death) and the Slave Pit’s own Matt Maguire with artists Andy MacDonald and Shane White.

Z2 Comics returns with the most epic offering from the most-vile metal slingers in the galaxy. And this one’s available to purchase for Bohabs the world over, including the very first GWAR NFT drawn by member Sawborg Destructo!

Your ears have been invaded by the defiled shredding from the Scumdogs of the Universe.

Your eyes have borne witness to the earth-ravaging carnage of the warrior misfits who have both razed and fostered humanity.

And now? NOW. May your skin graze the weathered, spiked vestments worn by none other than Blöthar the Berserker–the lead singer of GWAR!

Z2’s most recent offering of the graphic novel through the Bundle of the Beast, included a “Beefcake The Mighty” Helmet and Schecter Custom Shop Balsac Guitar, sold out in under five minutes and was unavailable outside of the United States.

The GWAR Berserker Bundle is open to international GWAR fans and bohabs the universe over. 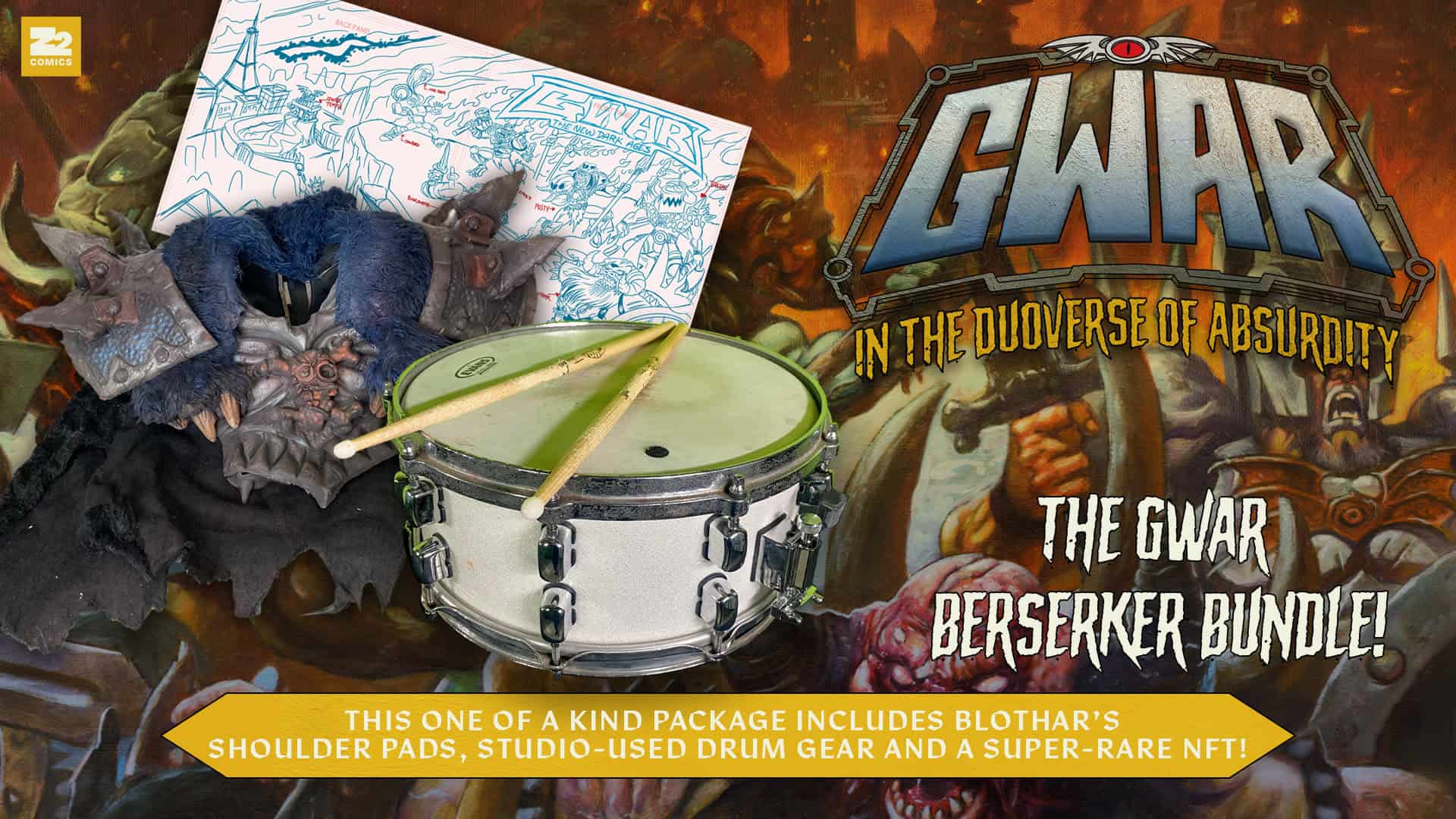 The singular Berserker Bundle (existence can only bear the weight of one) includes:

• One NFT of GWAR In The Duoverse of Absurdity album cover art original sketch by Sawborg Destructo (NFT is 1:2)

• Snare drum and drumsticks used in recording the new album 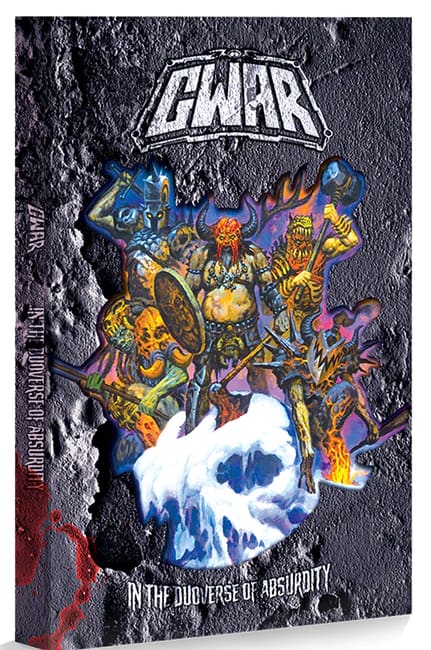 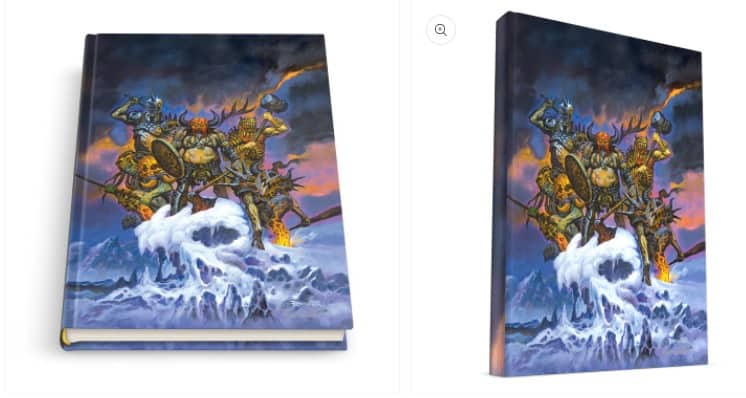 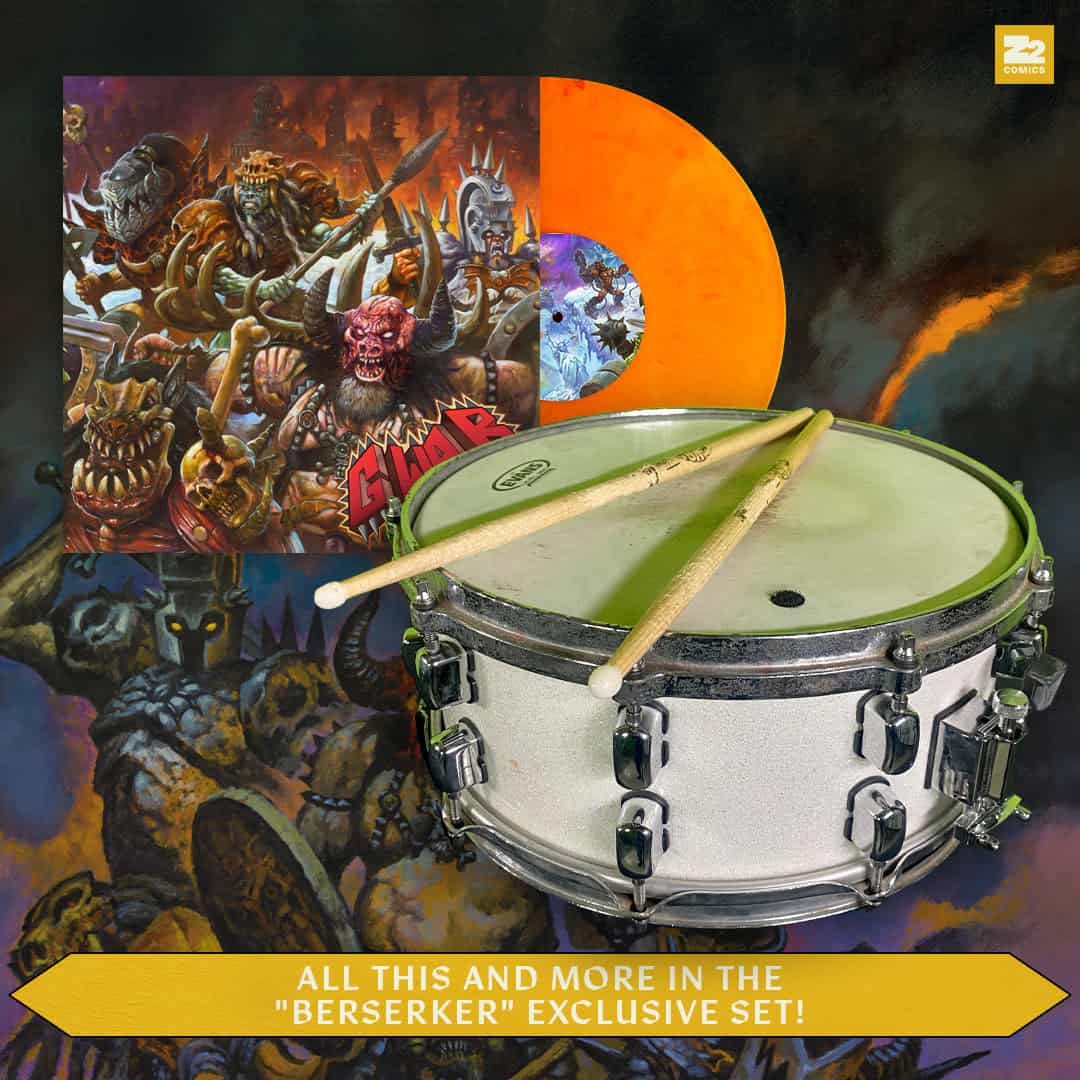 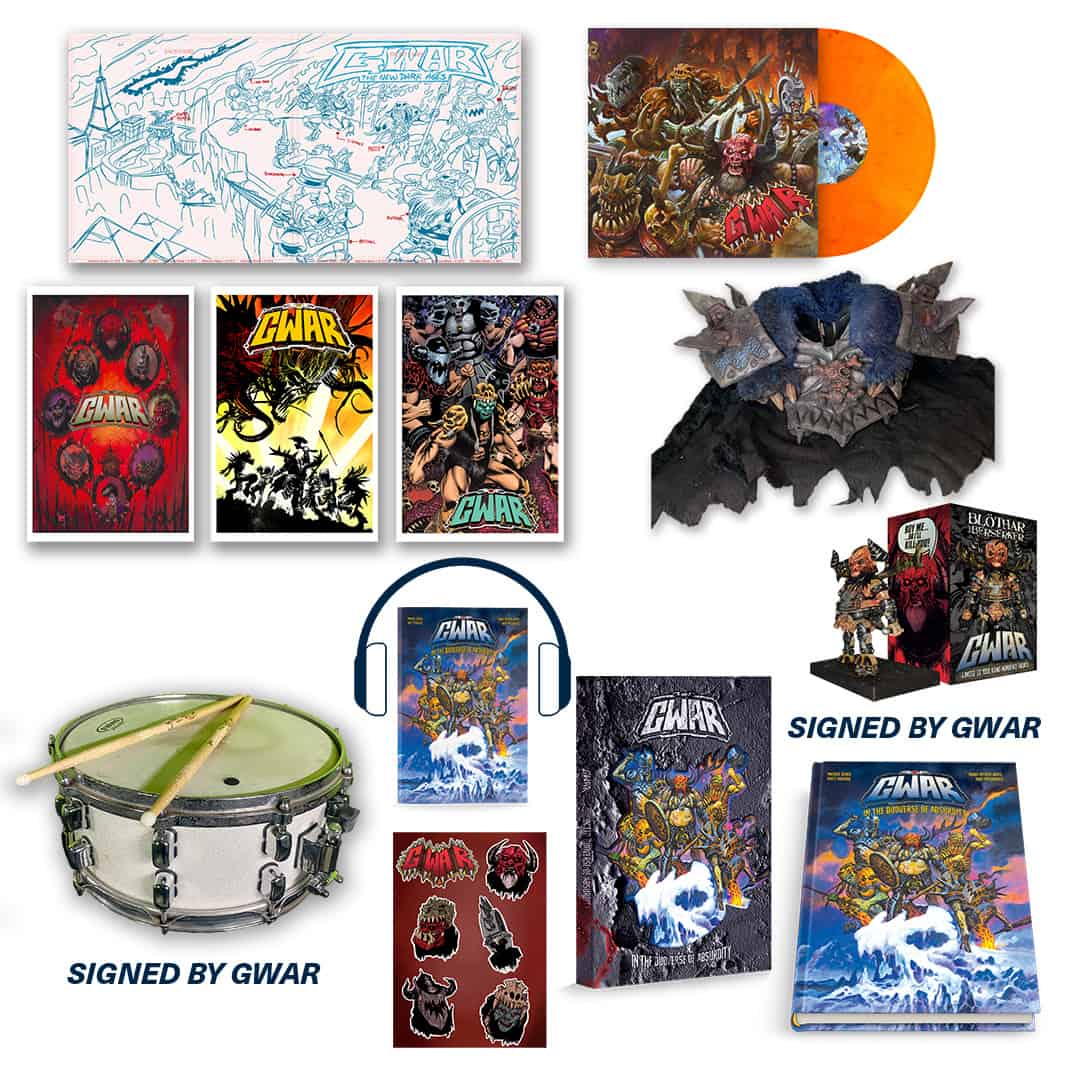 For more details and to order the Berserker Bundle visit the Z2 website now!