New York, NY— January 13, 2022 — This year marks the 60th anniversary of Spider-Man and Marvel Comics is proud to celebrate its most iconic hero with a new volume of AMAZING SPIDER-MAN brought to life by two acclaimed comic book talents!

His “Shed” storyline is considered one of the best Spider-Man stories of all time, his bold work on NEW WARRIORS laid the groundwork for CIVIL WAR, and he’s currently making waves within the Spidey mythos in AMAZING SPIDER-MAN’s current “Beyond” era. Now hit writer Zeb Wells is ready to begin a new age at the helm of one of Marvel’s all-time great comic book series. Wells will be joined on AMAZING SPIDER-MAN by none other than the legend himself—JOHN ROMITA JR. The definitive AMAZING SPIDER-MAN artist made his grand return to Marvel Comics last year specifically for this run and is back to bring Spider-Man’s world to the page with his singular, unmatched finesse. Arriving in April, Wells and Romita Jr.’s run will house all the classic elements fans love about Peter Parker, surprising new takes on your favorite Spider-Man foes, and the answer to the question that will be on everyone’s mind: WHAT DID SPIDER-MAN DO?

“Spider-Man doesn’t turn sixty every year,” says Spider-Editor Nick Lowe, “and we are going BIG with this run cramming it with the biggest WTF moments Spidey has ever had. Zeb and JRJR will go down in history as one of the best creative teams ever!”

Here’s what John Romita Jr. had to say about his own personal history with the character and what excites him most about the upcoming run:

“Ever since my father told my brother and me that Spider-Man/Peter Parker lived close to our home in Queens, NYC, we were hooked! We talked Spider Man on long drives to family get-togethers, and it was as if we had an extra family member!

“As luck would have it, my brother Vic had the brains and went in another direction, while I had a little bit of art in me. As luck would also have it, I was able to watch the greatest Spider-Man artist, my father, John, work with the greatest Spider Man writer, Stan Lee, on the greatest character of all time. Fortunately, after joining the comic book universe, I was given a chance to work on this great character, the Amazing Spider-Man. I was terrified! How do I follow my father??? How do I follow any of the previous Spidey artists?? I had no idea, but I stuck it out and got lucky. The subsequent runs were much less terrifying, and became more and more fun. There was one particular run that was incredibly fun, but also incredibly important to me. The 9/11 issue may well be with me for as long as I live. One commonality with all the runs, was working with the brilliant writers and artists….. again, luck!!

“To take being lucky to another level: Marvel has allowed me to get back to work on this amazing character, and work with another brilliant writer, Zeb Wells! The stories are stunning and I am reading the scripts with a grin and wonderment…..then wondering how the heck to do them justice!!

“Well, fortunately, I have a close friend and brilliant artist to help me do that. Scott Hanna and I have worked on this character before and Scott is still a brilliant artist who will continue to be brilliant, lucky for me and anyone who looks at the art. Adding to Scott and myself is the third artist, the color artist, Marcio Menyz. It’s difficult to describe how wonderful his work is, so to save space and everyone’s patience, I’ll let it speak for itself! It’s stunning!!

“The editorial team beginning with Nick Lowe, adding in Lindsay Cohick, and Kaeden McGahey, make the work process smoother. Judging by the scope of Zeb’s stories, I can use all the help I can get!

“One commonality here, is how lucky I am to be back working on my ‘other’ brother,  Spider-Man, and to be back with my professional ‘family,’ Marvel. Thanks folks, I’ll work hard to make you proud!”

“I’ve waited my entire career to work with John Romita Jr.,” Wells says. “To team up with him on AMAZING SPIDER-MAN for the character’s 60th anniversary is so exciting words can’t describe it. We’re gonna have a blast!”

Join us for Spider-Man’s biggest year when AMAZING SPIDER-MAN #1 hits stands in April. 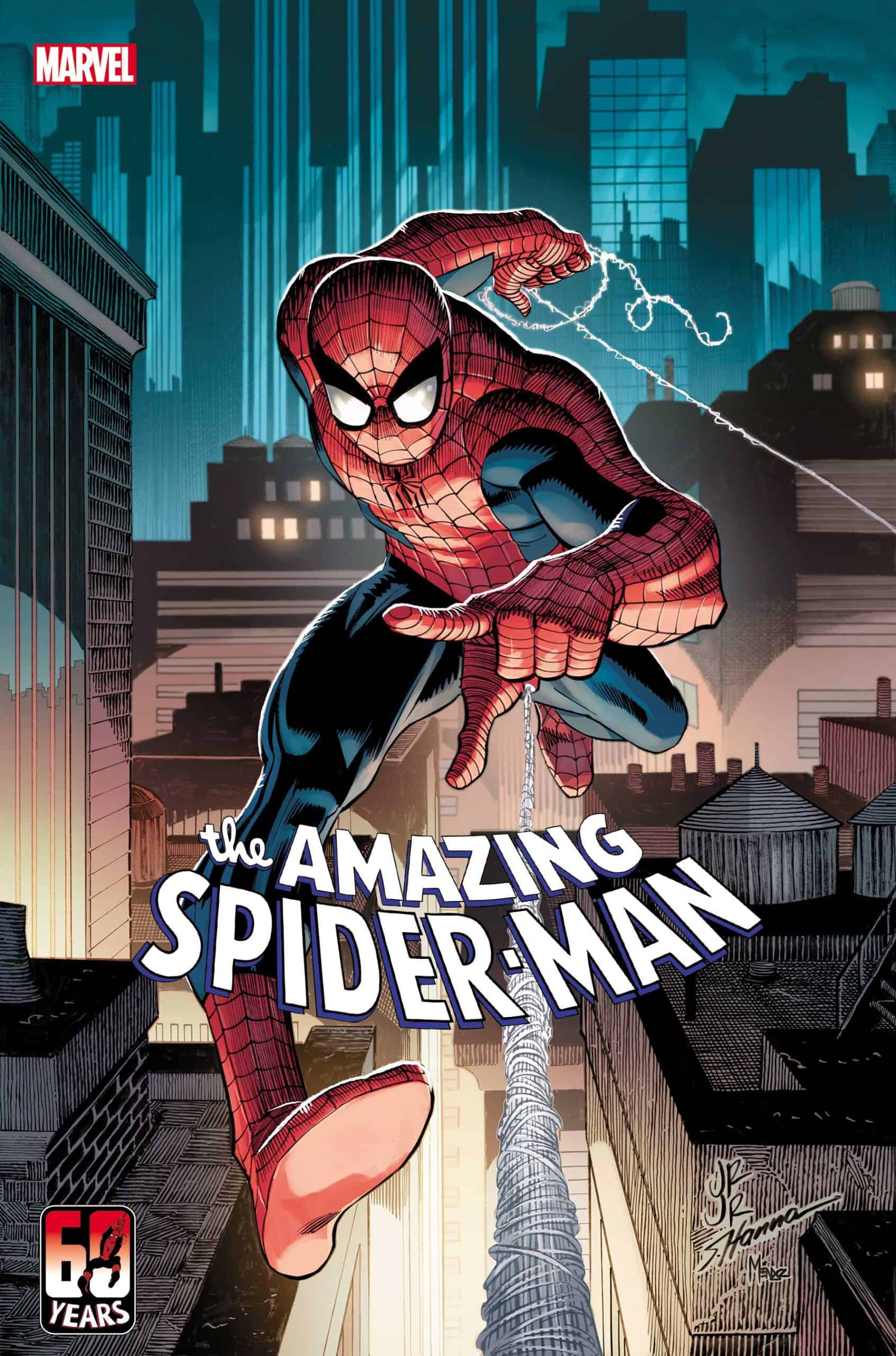 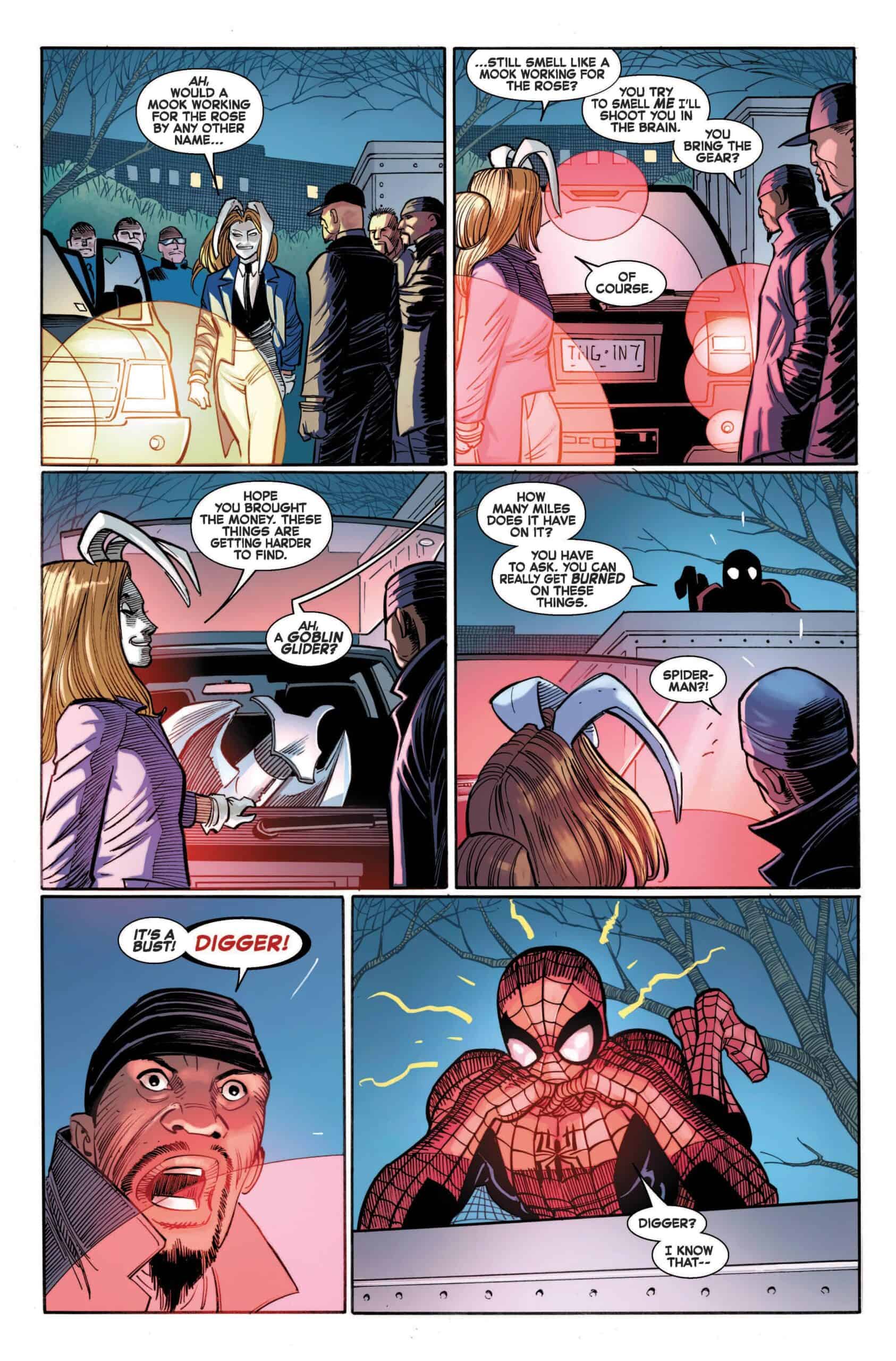 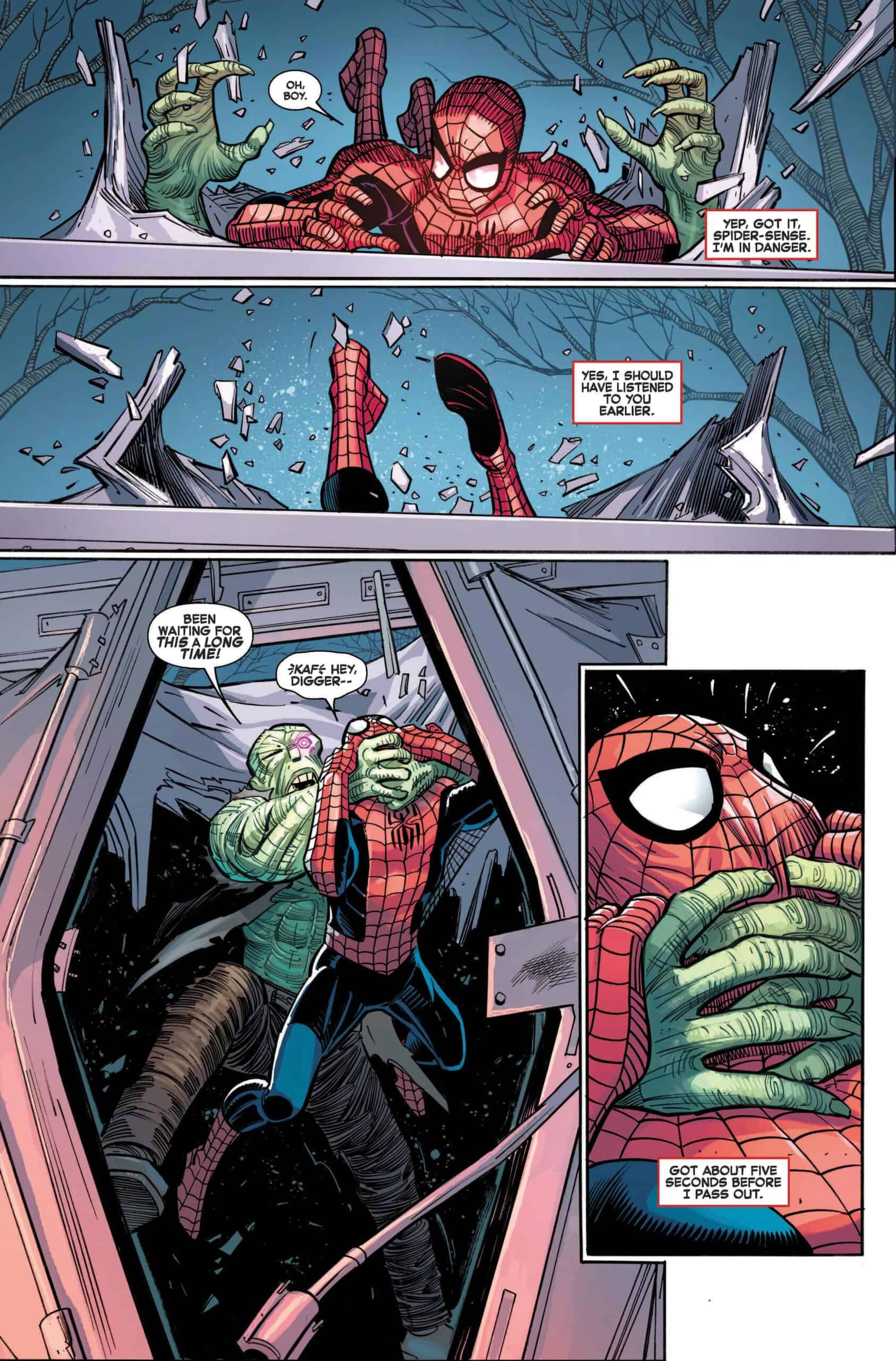 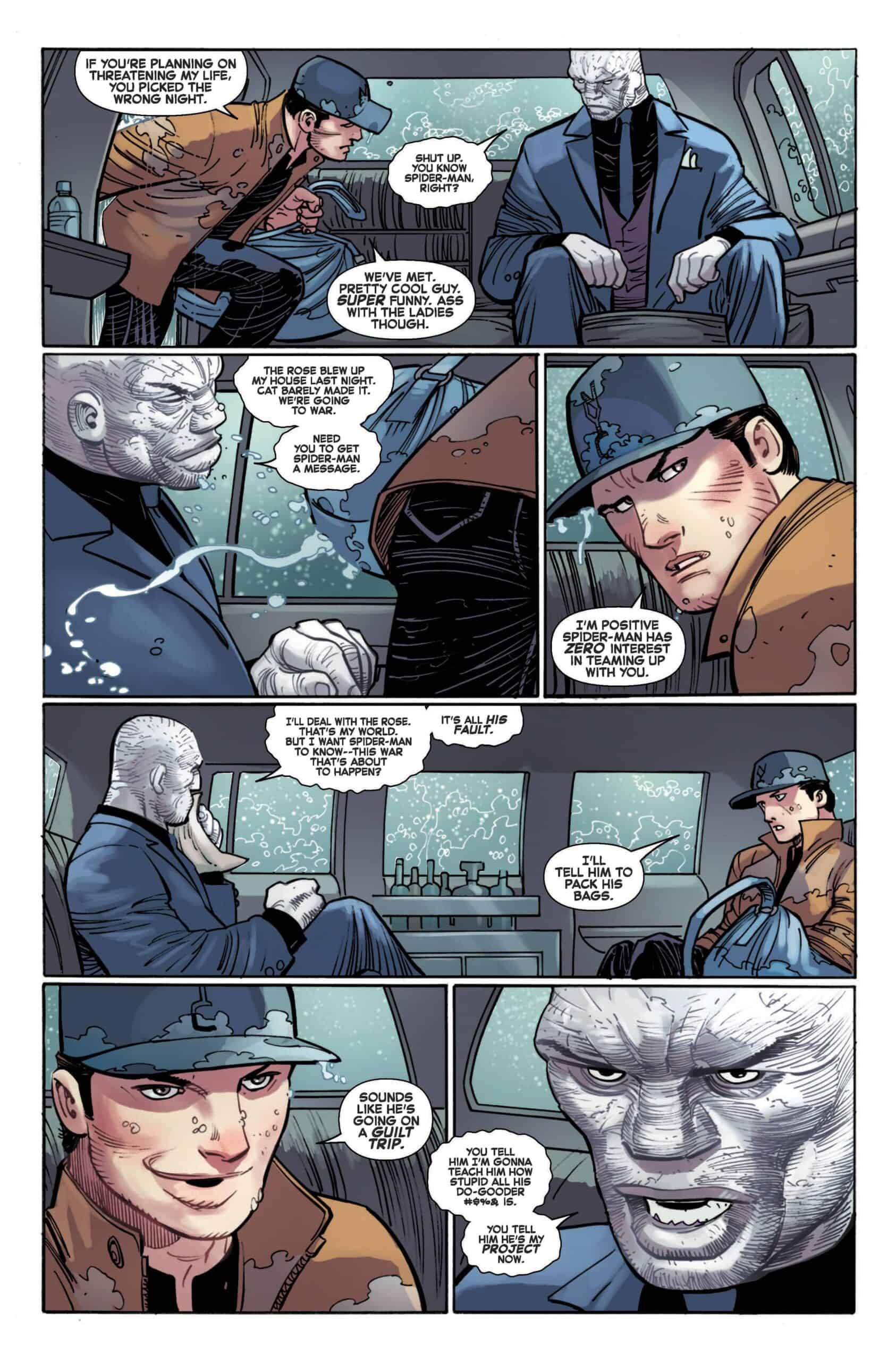 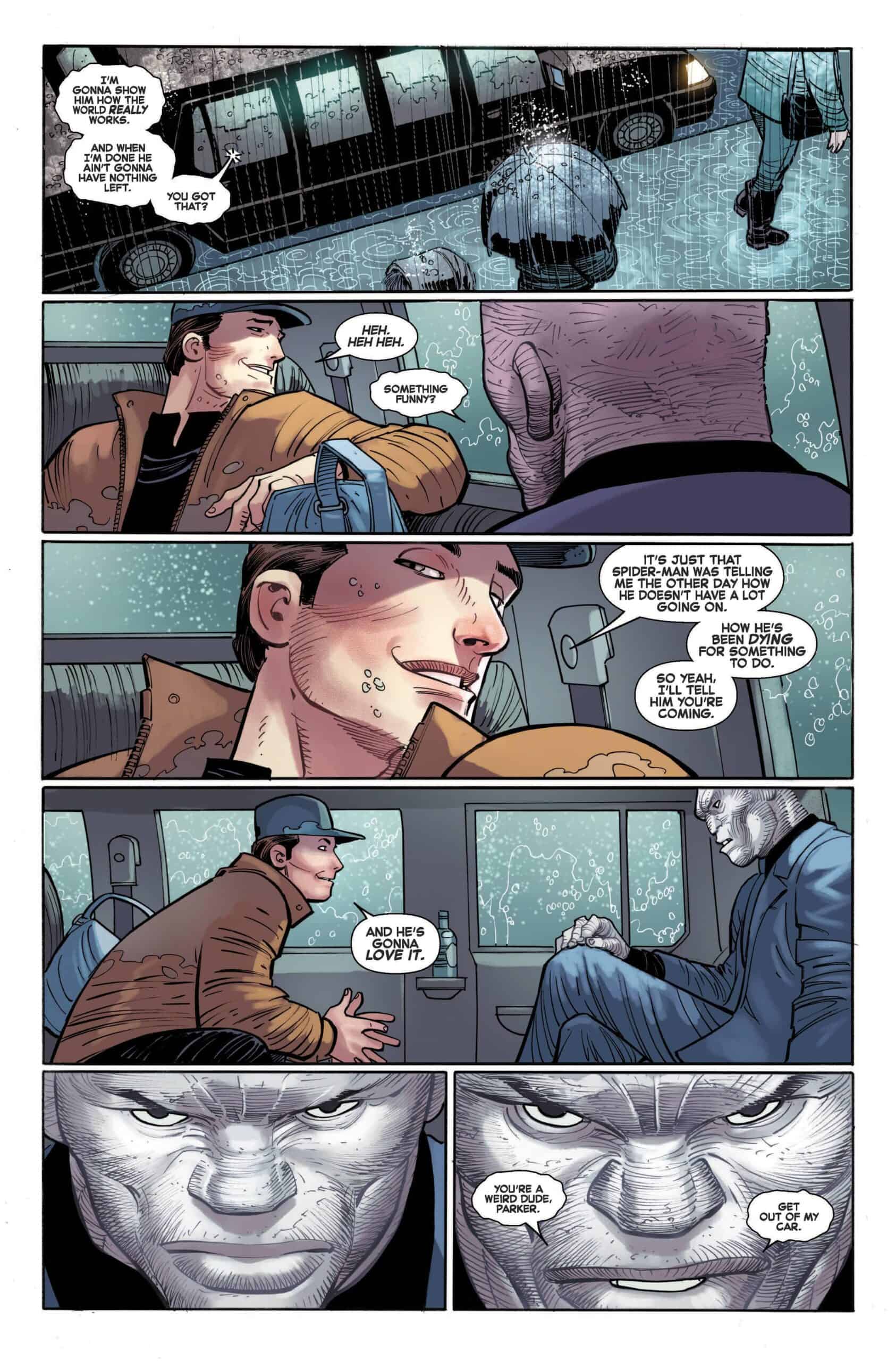