New Warriors Television Series Will Not Air on Freeform: Being Shopped Elsewhere 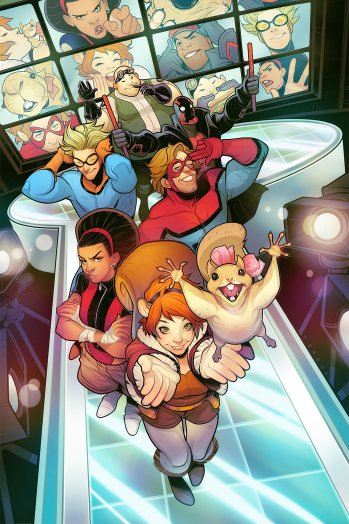 There’s nothing funny about the latest news for Marvel Studios and fans who were looking forward to the New Warriors joining the mass of other comic books that have been spun into television series.

On November 1, 2017,  it was announced that the Freeform television network was be unable to find a time slot for New Warriors in their 2018 lineup, resulting in Marvel pulling the series from the network. The series is currently being shopped on other networks and platforms.

“We are extremely excited about Marvel’s New Warriors and look forward to finding the perfect partner to launch the series with in 2018,” said Dan Buckley, president of Marvel Entertainment.

The initial announcement of the New Warriors being straight-to-series order by Freeform was met by many fans of the 90’s hit comic with lukewarm reception after details emerged that unlike other comic book television series that have been developed for the action genre, Warriors would instead be a comedic series featuring the character Squirrel Girl as the lead role, and the lesser known Mister Immortal, both of which with no previous affiliation with the title.

The decision to produce the show as a comedy garnered criticism by some fans on social media due in large part to the serious tone of the original comic book that spawned 75 issues in the first volume, 4 subsequent volumes, and dealt with numerous social and cultural issues including domestic violence, abuse, racism, the introduction reality television, and terrorism, with emphasis on the teenage demographic was a sharp departure from its roots. Fans objected further as they feared that should the series fail, it may be a final nail in the coffin for any hopes of a return in print form.

Conversely, the program was reportedly highly received by studio executives and offered a strong cast.

Sources have indicated that though Freeform has expanded original programming to 4 nights a week, the network wants to remain consistent with drama series which would result in a distinct difference with the New Warriors format. Freeform is moving forward with Cloak and Dagger. Marvel is currently pursuing Netflix to develop an adaptation to Moon Knight and though the streaming service is owned by parent company Disney, sources say it is unlikely that New Warriors would be picked up as it is currently home to numerous other Marvel properties such as Jessica Jones, Iron Fist, the Defenders, Luke Cage, and Punisher.

With Gifted airing on Fox, the Runaways on Hulu, Agents of Shield and Inhumans on ABC, and Legion on FX, combined with CW DC brand exclusivity, their is significant limitation to the show’s viability for other markets. The show could potentially air along with Star Wars on Disney’s streaming service. However, this would conflict with statements made by Marvel’s Dan Buckley with aims to air the show in 2018, as Disney’s future streaming service is not scheduled to launch until 2019.

As the market is already highly saturated with superhero programming, the future of the New Warriors television debut remains unclear.