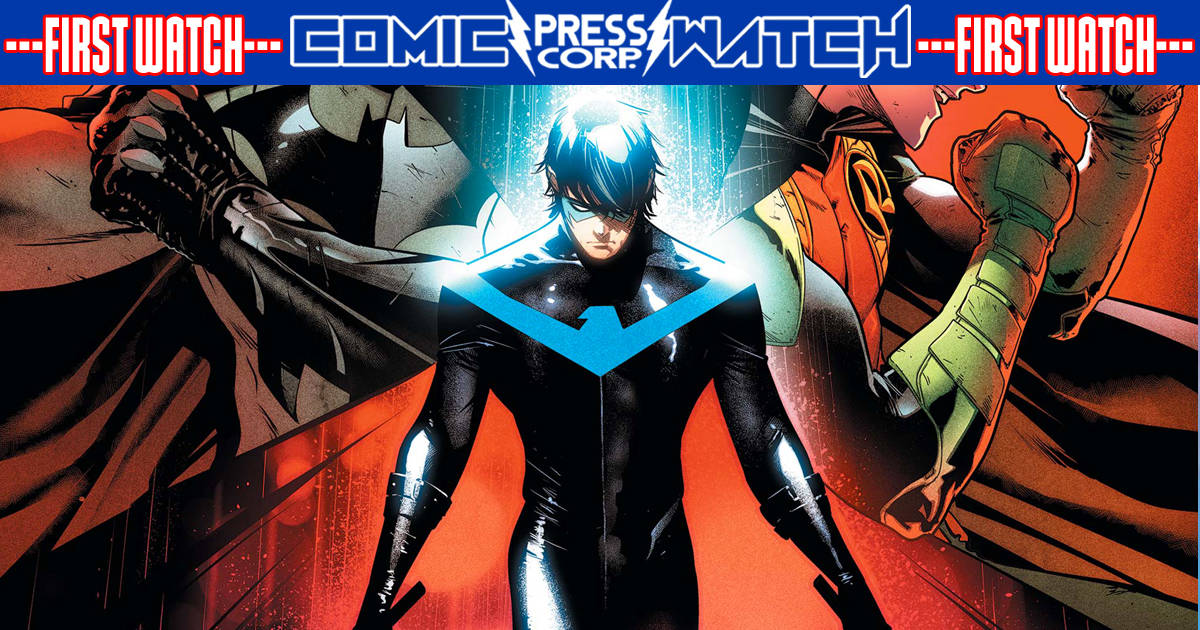 Nightwing director Chris McKay has followed through on a promise to deliver an update on the upcoming DCEU solo film around Valentine’s Day, this script is nearly done.

“The update is: The first draft of the script is nearly done… but we are taking our time with this movie. It will be a long process.”

As of now, no casting decisions have been announced, but the Director has said in the past that this will be a version of the hero that is unlike any seen before. 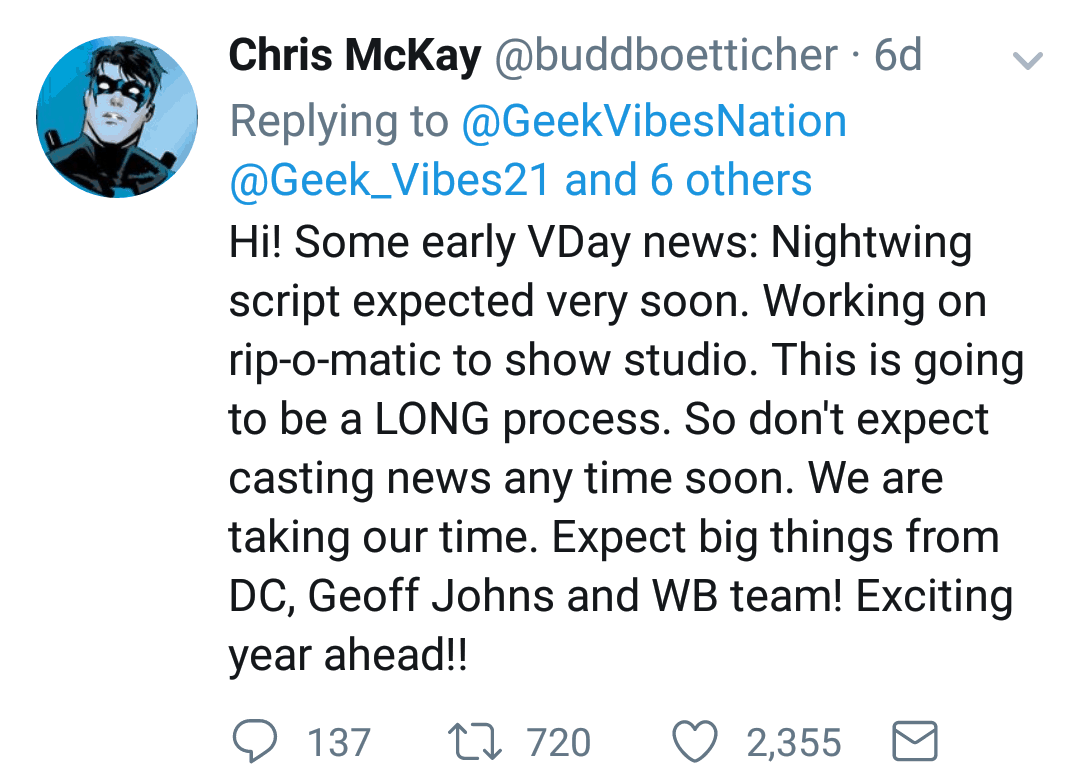 Nightwing is currently scheduled for February 1st, 2019, Comic Watch will provide updates if they become available.