Oni Press Succumbs to Madness in the Upcoming RICK AND MORTY VS. CTHULHU

Zub discusses his chance to reunite with Little, “Troy is one of the absolute best cartoonists in comics. His ability to take every over-the-top moment I write and translate them into jaw-dropping pages full of humor and emotion made Rick and Morty vs. Dungeons & Dragons and its sequel a huge hit. Now we’re back for a third interdimensional outing, but this one is even more messed up than before. Troy’s spin on Lovecraft’s tales of cosmic horror will bust guts and break minds. You are not prepared.”

Little also shares words about his co-creator, Zub, “His phosphorus yellow eyes… I still see them in my waking dreams. The words are written with cryptic symbols only I can understand. I am compelled to draw these indescribable beasts and bear witness to the fate of Rick and Morty. This madman the ancients call ZUB weaves a tale so moist you can feel it. For this wordsmith, I would sacrifice my sanity. All for ZUB.”

Oni provided a synopsis for the series, along with a look into the various covers for issue #1. Both can be seen below:

What could be worse than an off-planet sugar deal gone wrong? Tripping through a Lovecraftian hellscape with the Smith family as they fight, uh, cosmic sentient color and racist fish-people? That can’t be right…

Welcome to the Rick Sanchez School of Actually Getting S**t Done! And that poor bastard Jerry declares “everything smells like cinnamon and sorrow’” in this Lovecraftian epic. 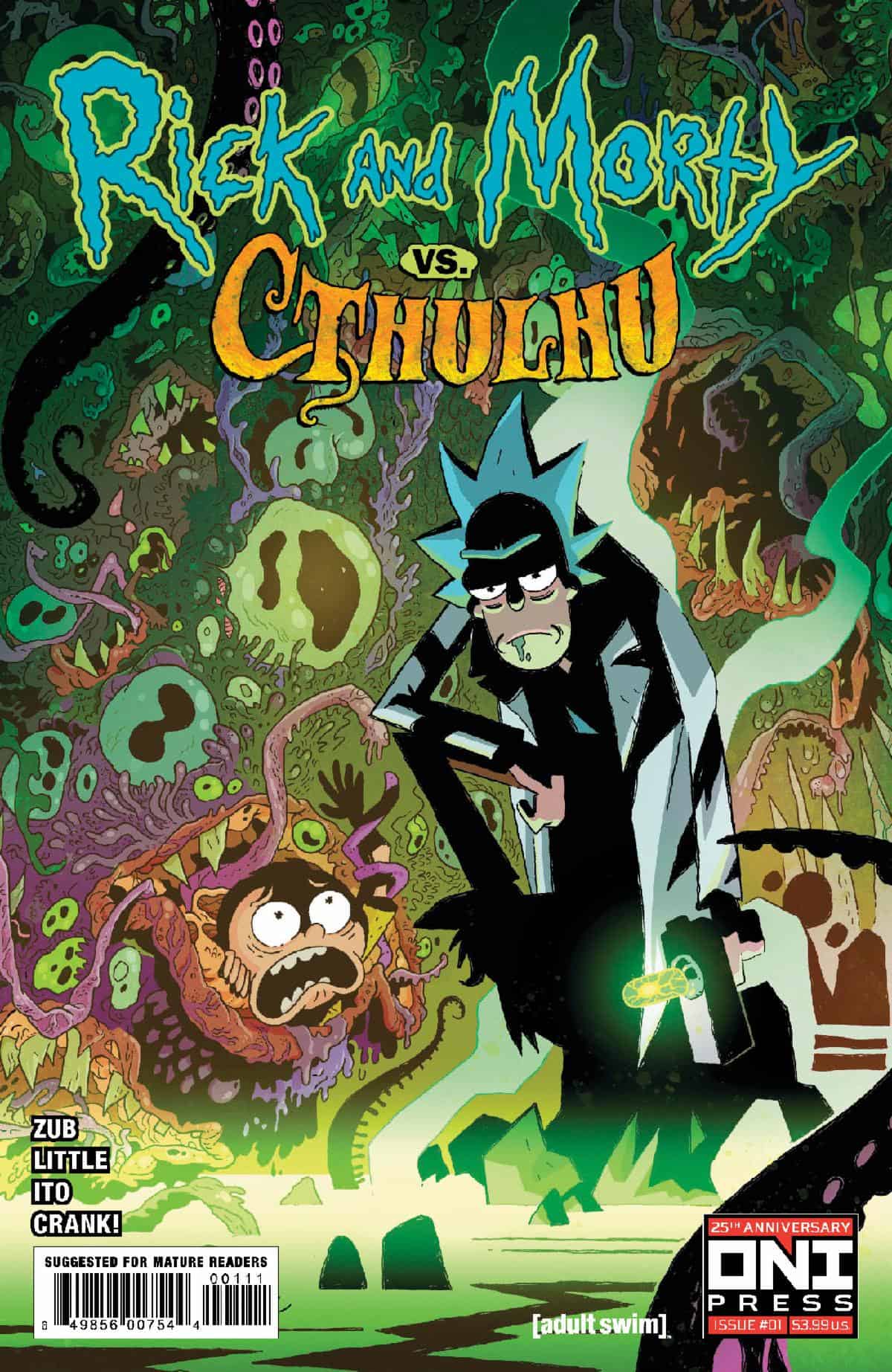 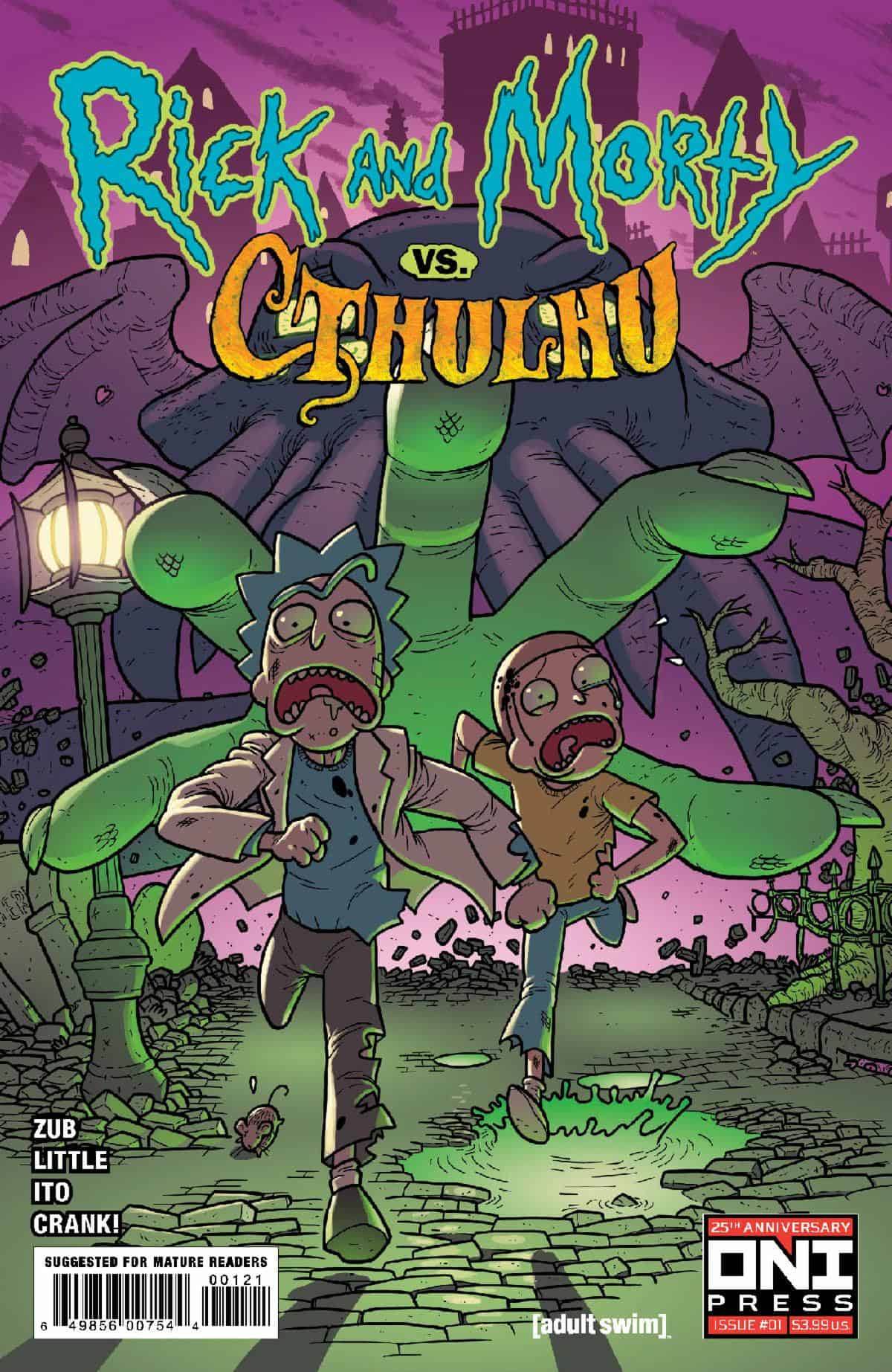 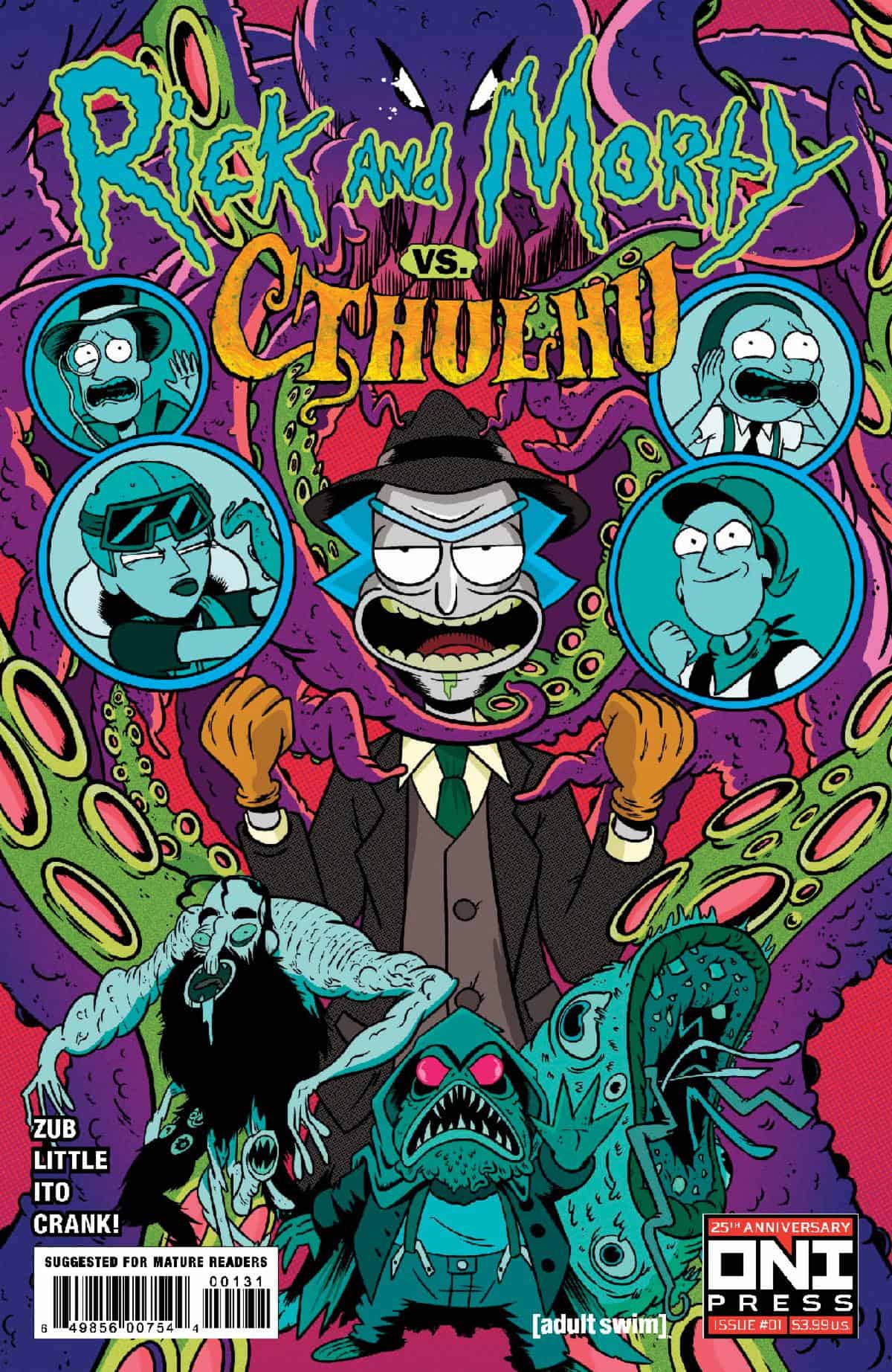 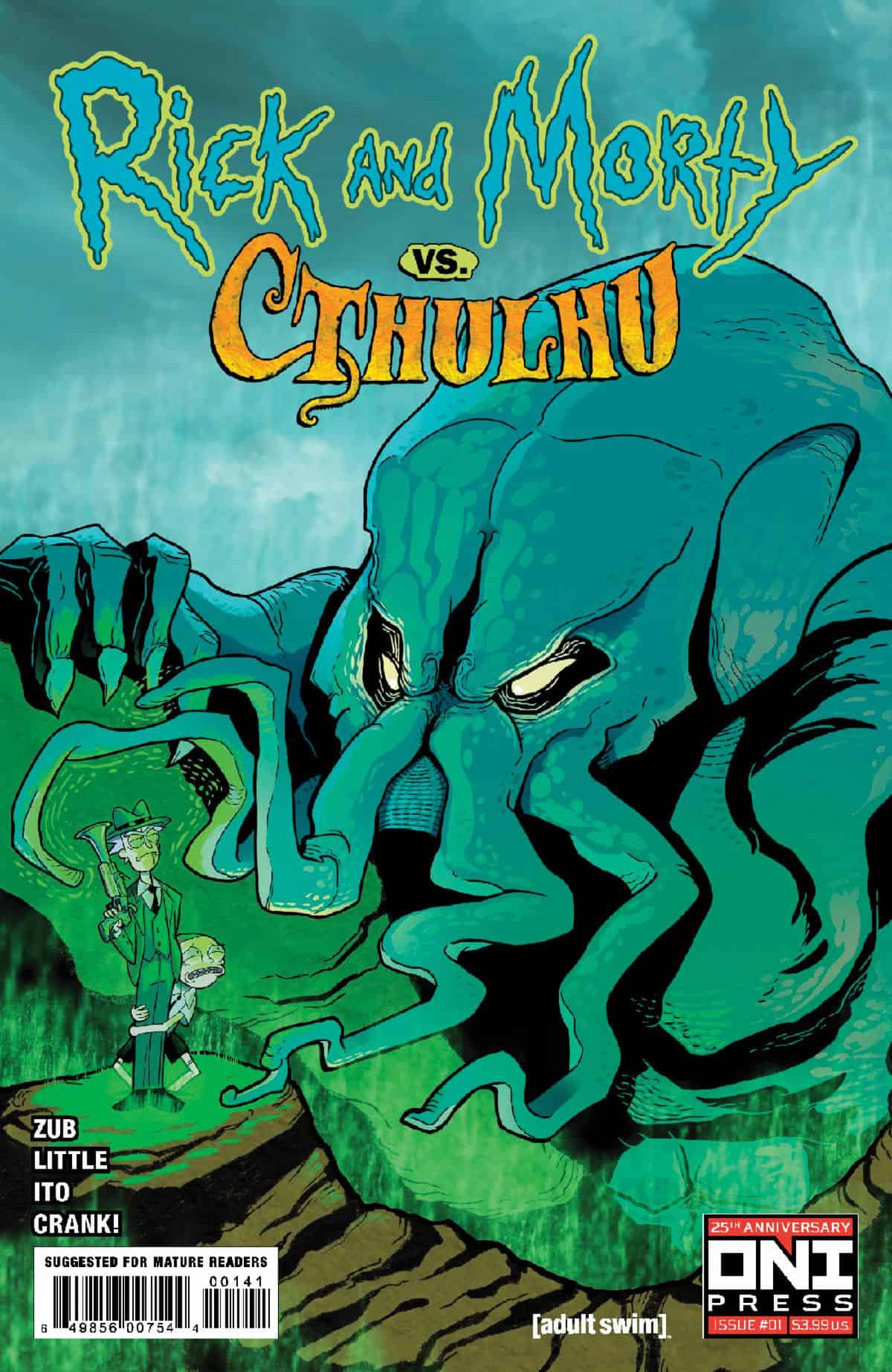 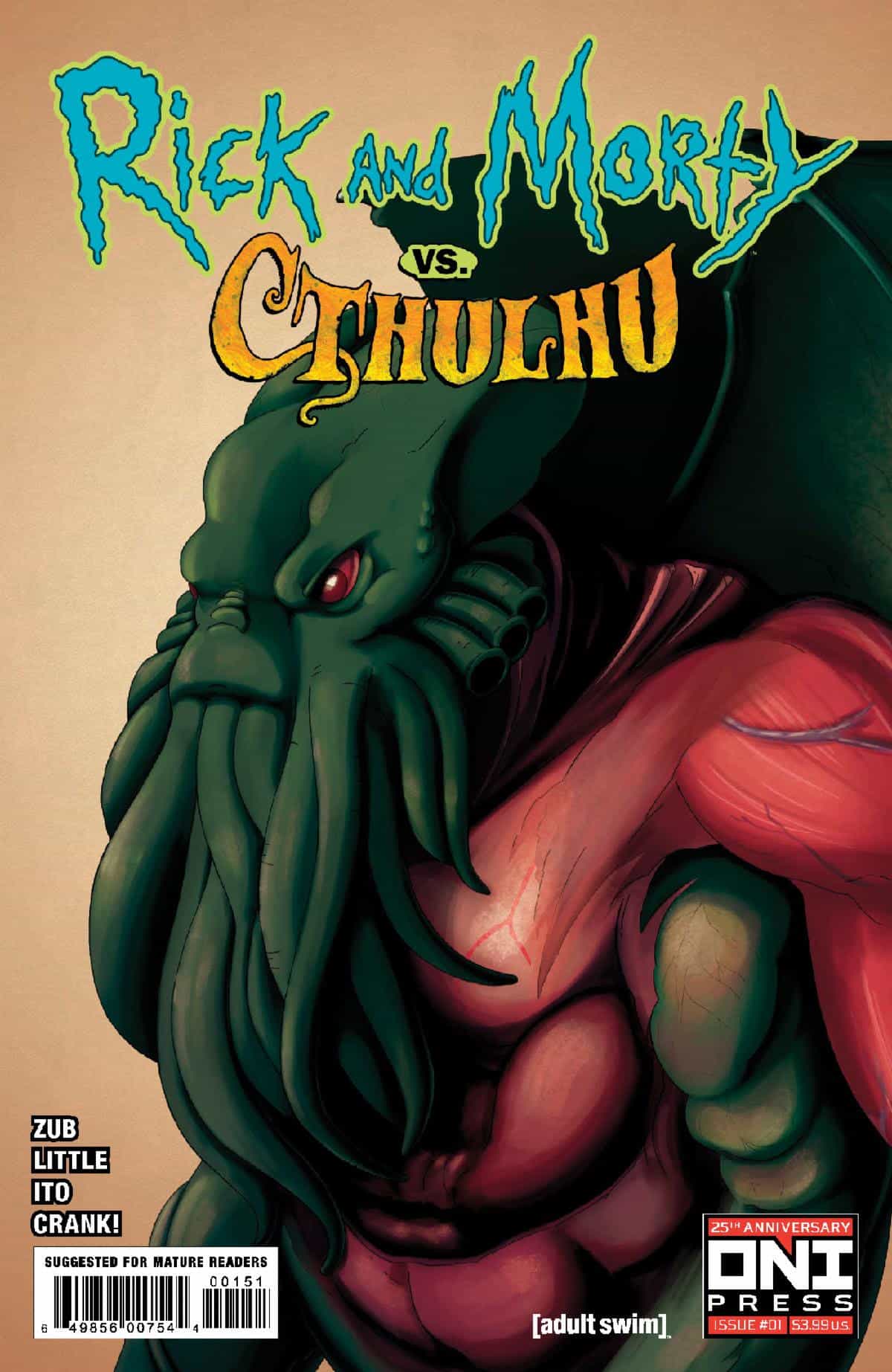 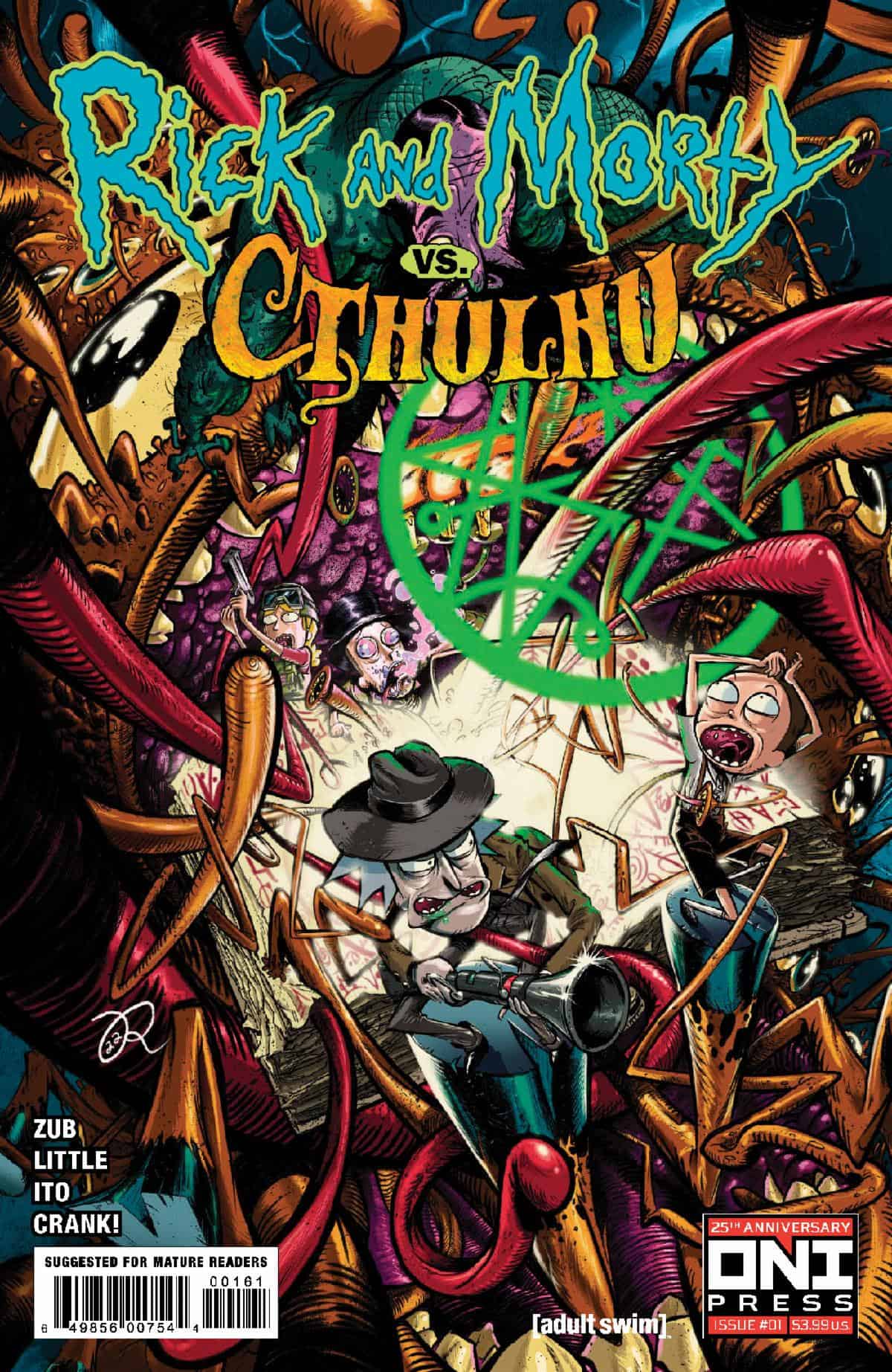 Rick and Morty vs. Cthulhu will be available at comic book retailers everywhere and online, starting December 7, 2022.

Oni Press Succumbs to Madness in the Upcoming RICK AND MORTY VS. CTHULHU