OPINION: Why Can’t Harley Quinn and Poison Ivy Be Girlfriends?

Last month, with the release of Harley Quinn #9, by Stephanie Phillips, Riley Rossmo, Arif Prianto and Deron Bennett, and Batman #117, by James Tynion IV, Jorge Jimenez, Tomeu Morey and Clayton Cowles, Harley and Ivy were finally back together, in the present, in a heartwarming issue around fear, love and affection that explored their insecurities and their bond. After their (long-time overdue) retcon in Batman: Urban Legends #1, that cemented how their relationship had always been romantic (fortified by a magnificent short story in DC Pride #1 detailing how Ivy asked Harley out that we can’t recommend more), we began the Harley Quinn (2021) series with the yearning Harley had for Ivy after her death. As it was teased again and again, we waited for Ivy’s return, and, when her resurrection happened, we rejoiced. DC’s most important queer power couple was back at the helm. A complicated helm torn by Harley’s recent redemption as “one of the good guys” and Ivy’s traumatic, fractured-mind resurrection process. But they had navigated worse in the past, when they weren’t canon, so we couldn’t know except for Jimmy Palmiotti and Amanda Conner’s constant reassurance that yup, they were – polyamorous – girlfriends. Everything was so obvious that, to hide it, DC Comics had to erase kisses from line-art in case the conservatives got scared. 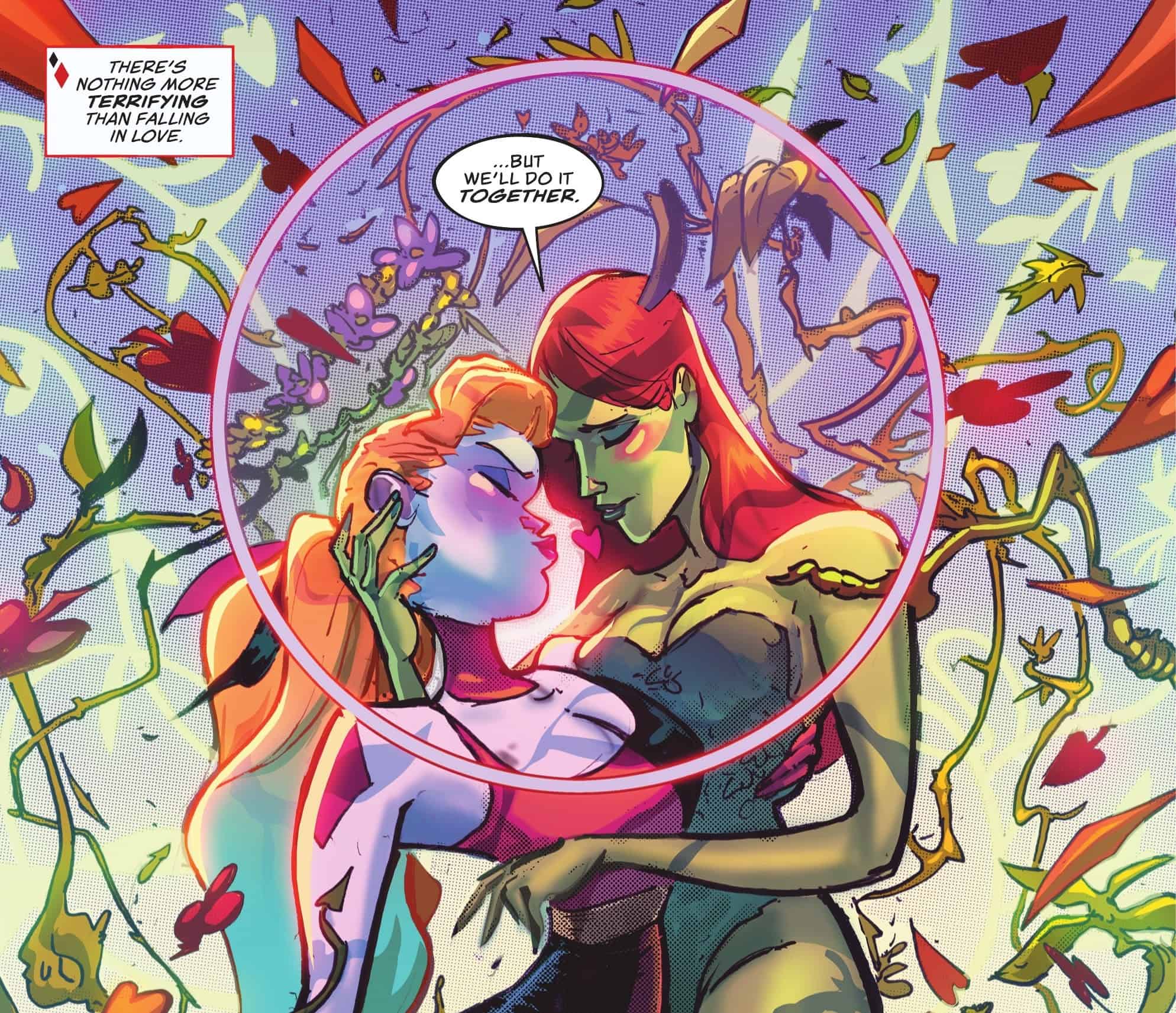 Well, spoilers ahead, Harley Quinn #10, out this week, is their break up issue, or, if we want to be charitable, the issue in which they take a (open-ended) break. The present-time in-canon relationship of the most iconic and known LGBTQ+ couple of DC Comics has lasted one issue (and a few panels here and there on Batman and Catwoman), while everything else is retcons of a time when things weren’t allowed. The story itself is definitely well-constructed and executed gracefully by a creative team that includes the fun and sexy art of Laura Braga. Even if rushed, the moral conflict between them and the shocking effects of resurrection on Pamela seem to have driven these characters apart, and we can emotionally understand it, even if we can personally agree or disagree that a break up is the solution. And, while the story definitely deserved way more depth and run time, and it gives way less agency to Pamela than to Harley in said break up, it makes functional sense. Specially with what has happened with Ivy in Batman #117, Gotham City Villains and Batman: Fear State Omega, stories that have seen her grapple with morally ambiguous choices (like blowing up a factory with people inside of it), in conflict with her ex-lover The Gardener, and with a desire to find herself far greater than a heroic life with the redeeming Harley could offer. 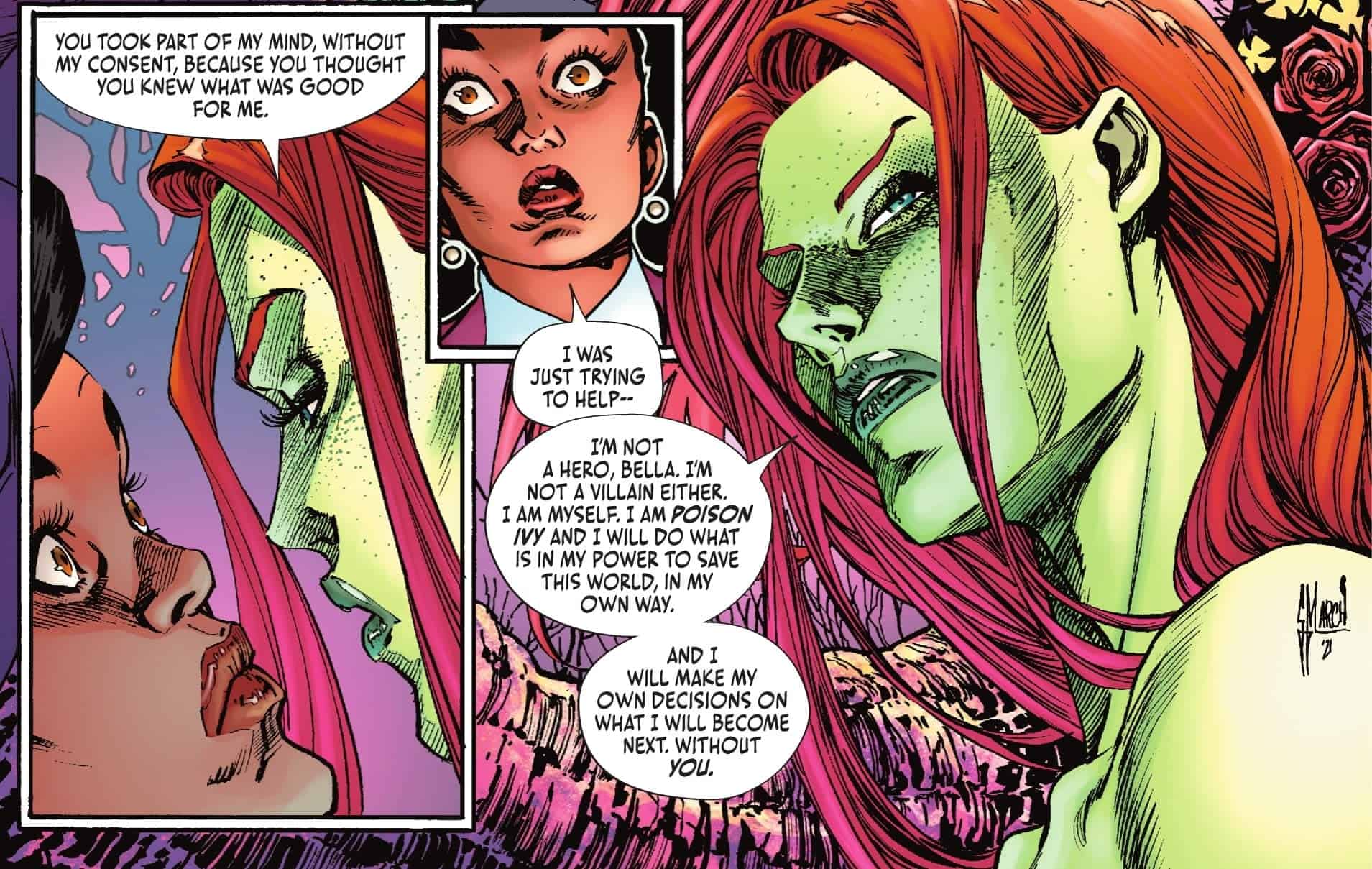 The choice of separating them seems to make some sense from a storyline perspective, but it would be disingenuous to not notice that, in the scheme of DC Comics’ LGBTQ+ representation, it has a great impact, specially with it being a break up between two characters that had never been allowed to be queer and together in the page till the beginning of 2021. They have been denied that to the point of whatever was that gal-paling in the Harley Quinn & Poison Ivy (2019) miniseries (which also ended on a dramatic “friends” break up).

The reality of the story of Harley Quinn and Poison Ivy is that we’ve been told how their relationship is way more than shown, and we have never grown with them, understood their romantic relationship from a present/publishing perspective like we have understood Batman and Catwoman’s one, or Daredevil and Elektra’s. For Harley and Ivy, it has always involved a level of wink-wink, game of second-guessing. And now that we’re finally seeing them kiss and actually have a date, Ivy is booted from Harley’s book in the same issue, and they’re gonna grow by themselves, apart, till who knows when. We, of course, still have the Harley Quinn: The Animated Series: The Eat. Bang! Kill. Tour (2021) comic by Tee Franklin and Max Sarin, in the universe of the animated series, to actually watch their relationship grow and be cherished like it deserves, but it’s not in the main universe. 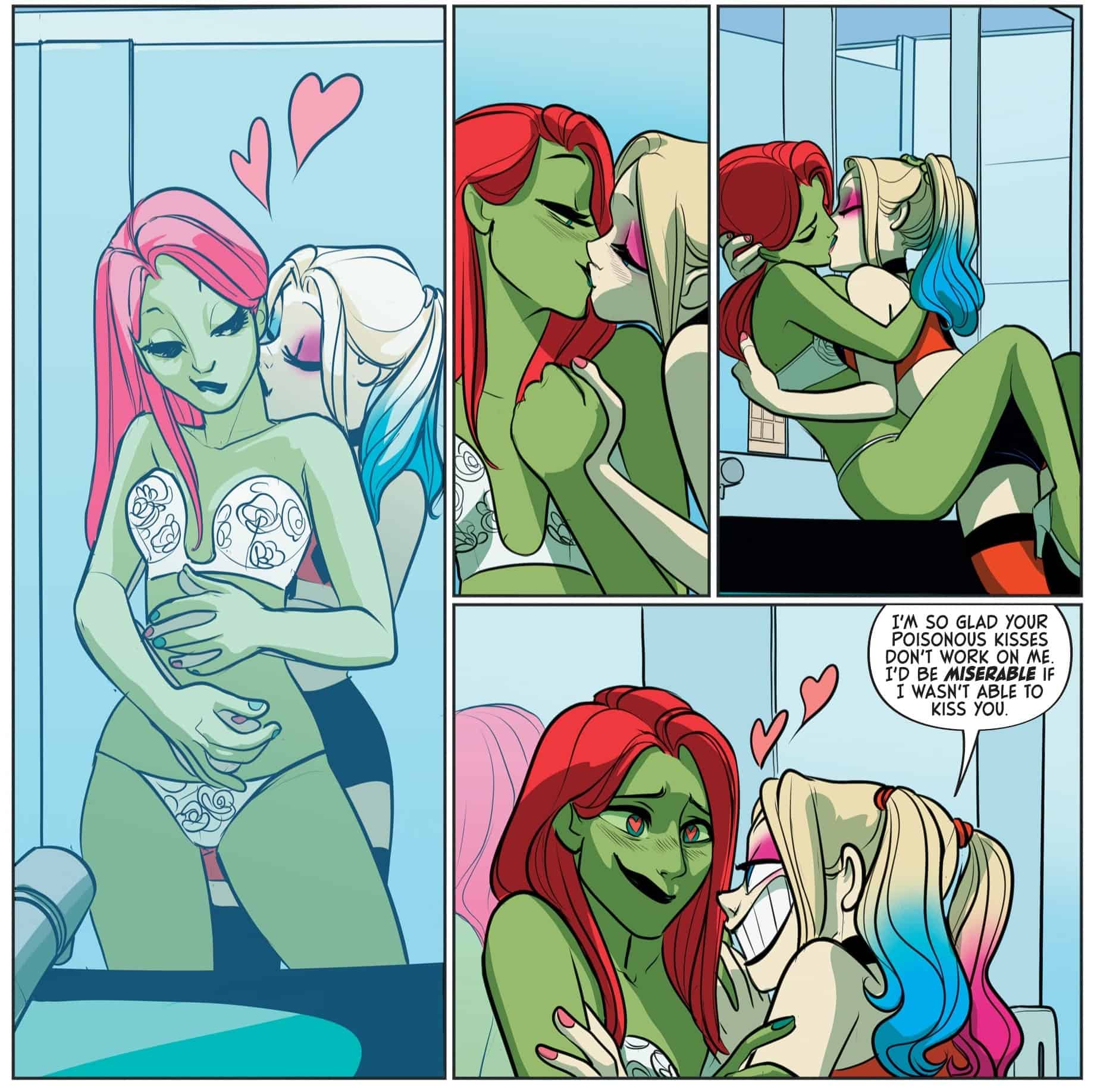 I want to make one thing clear here: I don’t think that this is a moral failure of the creatives involved in the books (a lot of them are LGBTQ+ themselves and come to the characters from an obvious place of loving their relationship), and it’s most likely a collection of a lot of external circumstances piling up on top of each other. Still, I think we deserve to actually see the relationship between Ivy and Harley develop, be explored, take time, narrative effort, set a precedent for queer readership (specially young and/or sapphic readership), and yes, have conflict, and even potential separation. But we need that time and build up behind it before the conflict explodes. 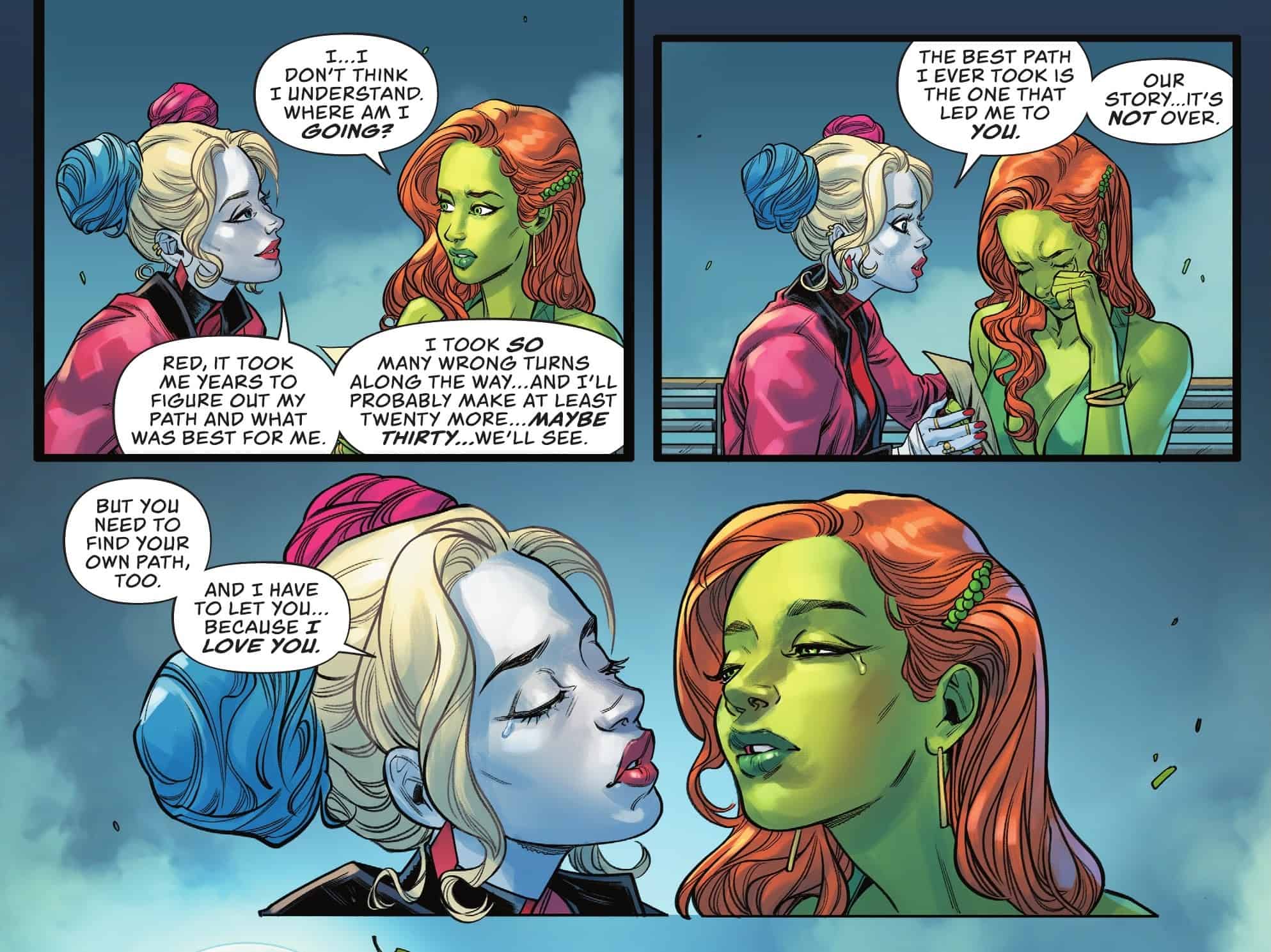 There’s even aspects of their relationship, like them being polyamorous (confirmed by Word of God, but anyway necessary for explaining all the retcons), that have not been explored at all, and that can’t be explored if the story we want to tell is a constant push-and-forth between two characters that have been supposedly together for decades of continuity. For telling the complex story of a complex queer relationship, we need Harley and Ivy actually being girlfriends for way more than a couple of issues.

OPINION: Why Can’t Harley Quinn and Poison Ivy Be Girlfriends?