Put It Back Together With Dream Nails

“You want to attack from the closest point,” says one of the audio clips punctuating the songs on Dream Nails’ first album. Self-titled, Dream Nails was an album I was really waiting for in a way I do not wait for a lot of things because my brain is weird and I do not much care when thing come out (it’ll happen eventually). It is, two yeas later, an album I have returned to on heavy replay.

“We’re gonna eat your brains,” from Kiss My Fist, is the greatest lyric ever yelled by the entire band and look, be honest, some good bands do that a lot. It’s heavy competition. And, it is amazing for the same reason the lack of shouting on the non-album song, Cookies, is also fantastic. Both are a genuine expression of sorting out our own tone before we speak. And, we absolutely do. 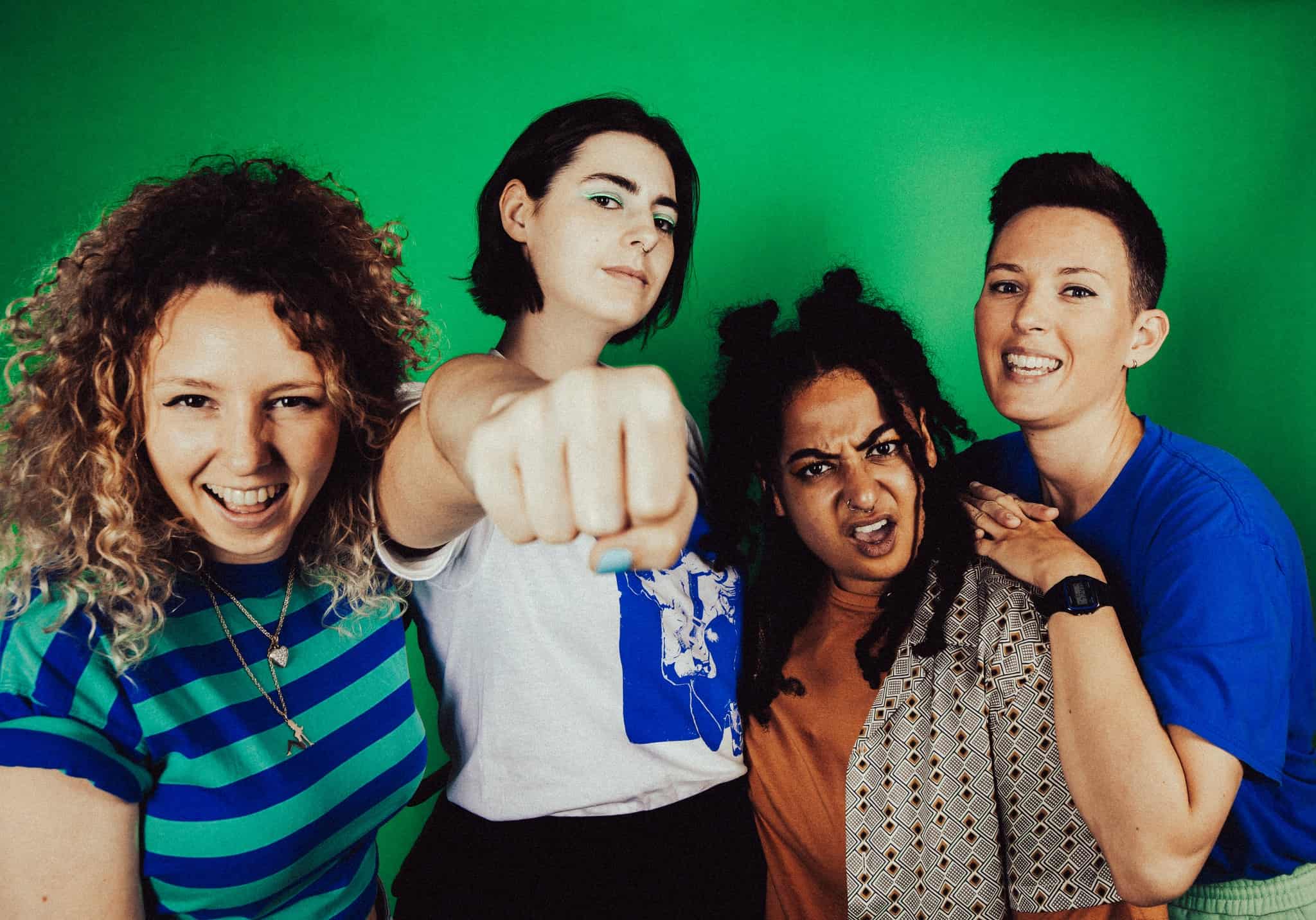 I want to say we do not, so I know many of you want to say we do not. But, it is a special kind of person who does not check their volume, their tone of voice, even if they cannot help the sarcasm slipping in, or put it in a little, just for ourselves or our friend over there, who will hear, too.

We will all hear, too. We are the friend over there.

When they chant, “We can’t live like this,” on Payback, it’s not near-universal because it’s unspecific. The part that is universal is really specific. These are songs – this is an album – for us friends over there.

I had written this column differently a week ago.

The other day, a comics artist I like, who I have known for years, who increasingly criticized my pop queer posts about how much Angela from the Sleepaway Camp series or Anthony Perkins in just anything meant to be growing up and now, decided to attack a post I made about Transgender Tapestry’s cover story on Star Trek: Deep Space Nine. 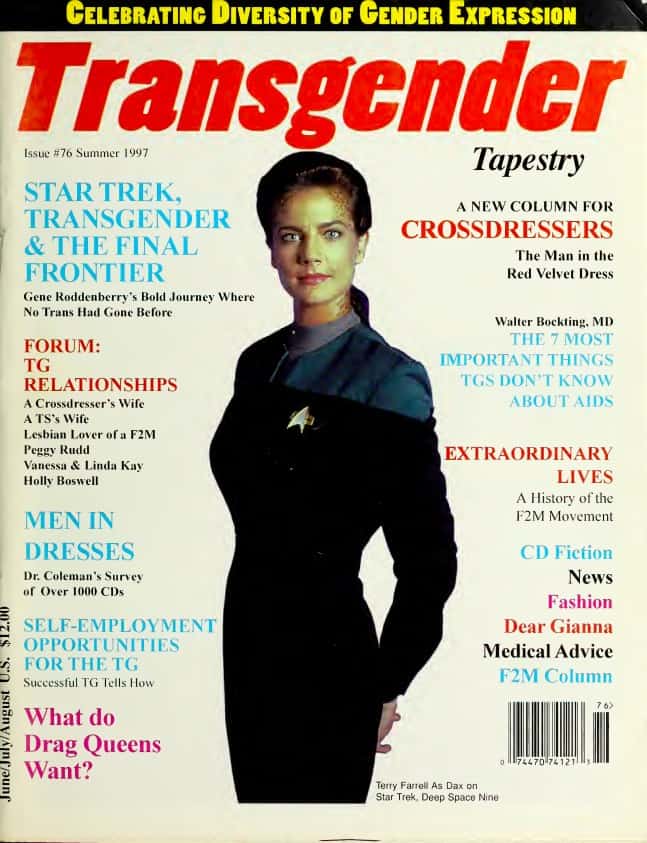 Transgender Tapestry was an important trans zine from the 1970s into the early 2000s, which continues, since, in other forms. That particular Star Trek maintains a strong trans following and the alien Trills, especially have the trans who love them. To me this was a moment worth nostalgia, a moment of DiY queer nerd pride.

The artist took umbrage with the magazine, in 1997, embracing under the trans umbrella, transgender people, crossdressers, drag performers, transvestites, and the genderqueer in general. They made it very clear that in the present and past, everyone except who they deemed appropriately trans, get out of the party, climb out of the pool, leave the building, get the fuck out.

Like we are not all under enough threat right now, with misogynist and anti-queer legislation feeling real strong, hate mongers flexing, and horrible rights abuses coming from many sides at once, now I have this in my face.

I felt old and young and small and unsmart and unsafe. Unseated.

Thought about when I was young and queer content was behind curtains or blinders in bookshops and video stores, when I used to frequent a lesbian bookseller in New Mexico because they carried comics, too, and the comics-specific stores were racist, misogynist, mean.

All it takes is one mean white person and I get weird.

I retreated back to the Dream Nails album. I had listened it to death just the week before, to write the column, and I chucked that column and I listened and I listened as friends and colleagues came to my defense and support. If you watch us on Mutant Watch, you know I talk community and local communities, a lot. Local community has not been tethered to a physical locale in decades. Local community will save your life.

I do not know anyone in the band, nor am I especially active in any organized Dream Nails fandom, but does it feel communal? It does. 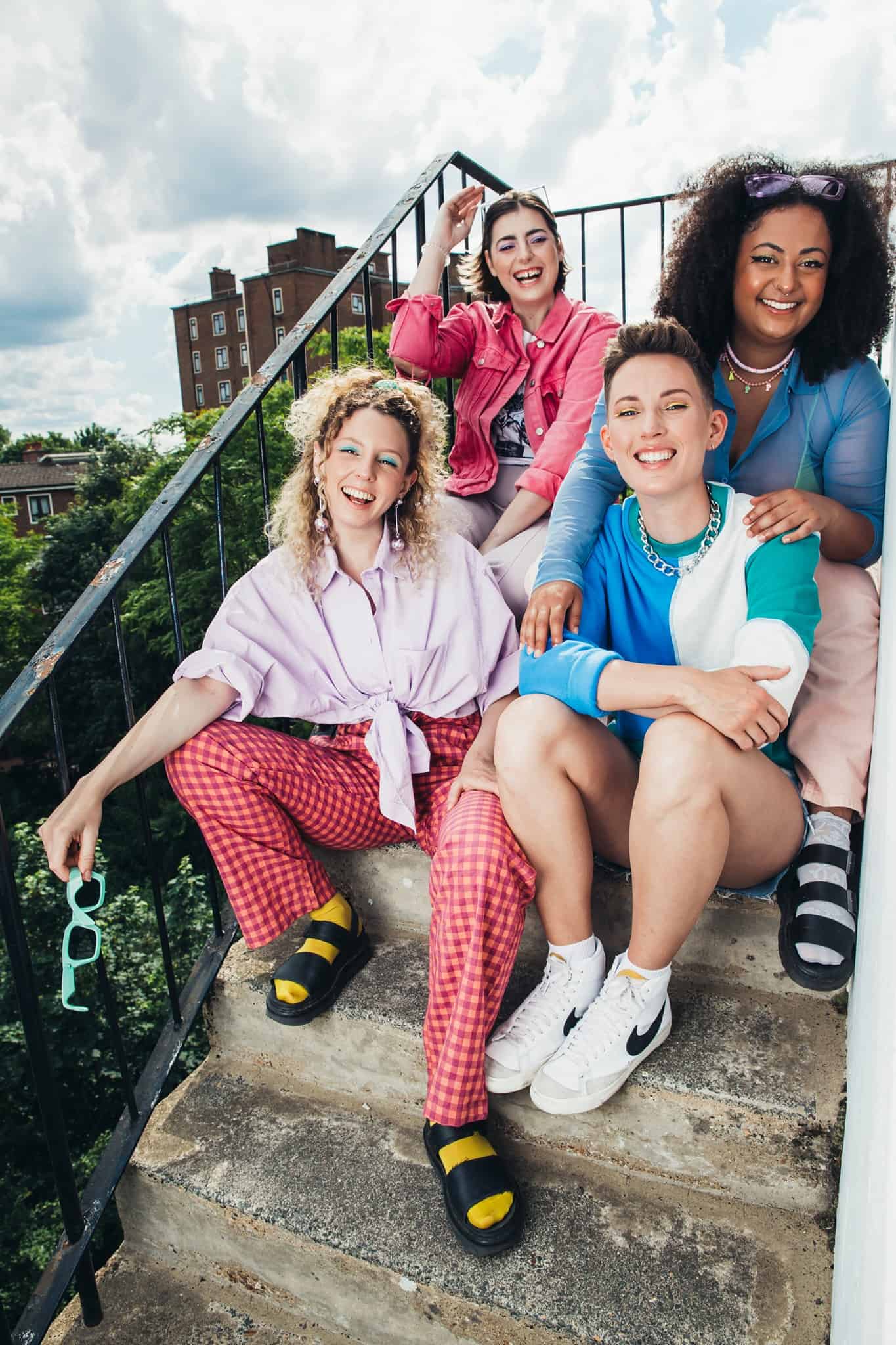 Dream Nails, on the album, opening Vagina Police with their “women and nonbinaries to the front,” but then following it up with acknowledgment that not all women have vaginas and not everyone with a vagina is a woman or a girl, nobody has to do this, there is no rulebook, there is no rider requirement. It is cool as fuck.

I grew up in queer communities, with queer neighbors, queer family, queer generations. I learned to walk above a gay bar in the Tenderloin, in San Francisco. Even if I was not aware I was intersex, what that meant, and having surgeries and treatments as a child, we had queers of all kinds around all the time. Gay men, two spirit people, lesbians,  dykes, drag queens, bisexuals, pansexuals, people just having a good time or being themselves.

I know not everyone had that. I know how lucky I am. I feel even luckier, as a Native enby, to have the cultural and community perspectives that allowed me.

We all have our route through our own lives, and those intermingle, interweave, interact and counteract and act up and upscale and skim and skip and dance and buck and shuck and sweat and stress and touch so many others’. I do not mean I am better than or more than the artist who told me transvestites can “just stop” and get out, that as an enby I have no right to claim trans or feel ever at risk. I am not saying I am better or luckier than you.

I do think the more of us who are in the party, the better the party, and that the more we keep safe anyone at risk, in measure of their real risk, not the risk our confirmation bias or own anxiety paints for them, the safe and cooler and better we will all be.

And, that is what the album reminded me of. That is what Dream Nails re-centered for me. Our differences do not need to exclude us, and I can remember not to let people who want us pushed out make me feel small. 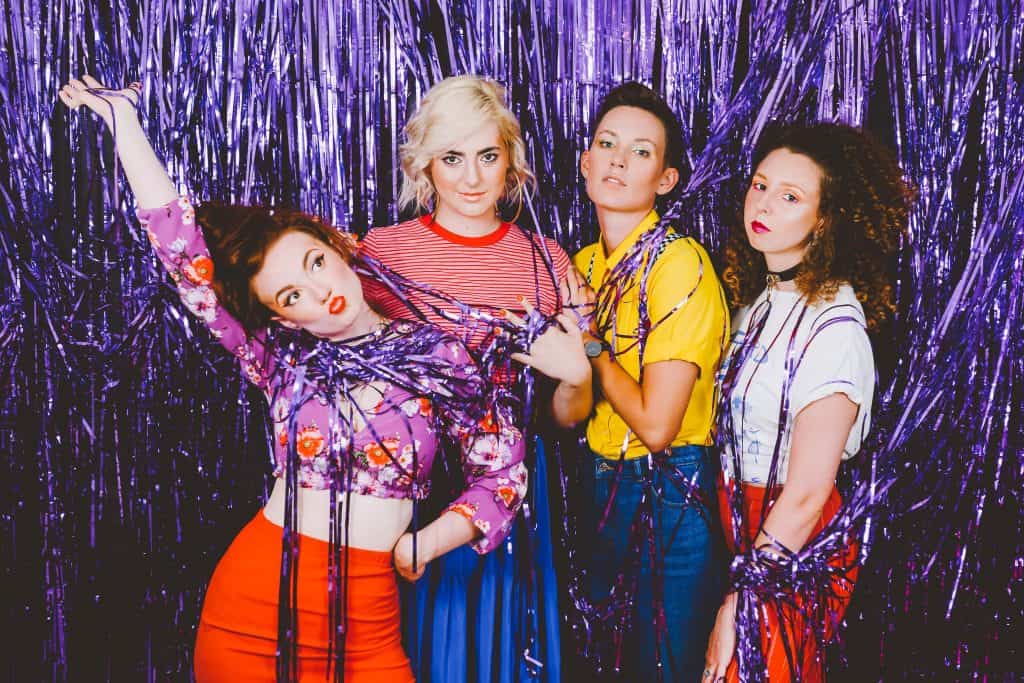 I don’t even have to go to the back of the room, or hang by the exit. There is room at the front.

Put It Back Together With Dream Nails