Queer Rock Stories & Carrying On – An Interview with Holly Interlandi

Holly Interlandi is the writer of Last Song (Black Mask Studios), with art by Sally Cantirino (#1-3) and Natalie Jackson with lettering by DC Hopkins (#4). Last Song is a 4-issues comic series about a boy ate by his traumas, a queer complex love story, a tribute to teenage bands and rock and roll, an exploration of mental health, suicide, addiction, pain, love… and much more. Holly is also writer and editor of other comics, including an upcoming story in Edgar Allan Poe’s Snifter of Death #2 (Ahoy! Comics), Body Shots (Zero Cabinet Press) and Monster World: The Golden Age (American Gothic Press).

In an interview with our journalist Duna, that you can watch entirely at the end of this article, Holly gets deep into Last Song, its intent, inspirations and process. 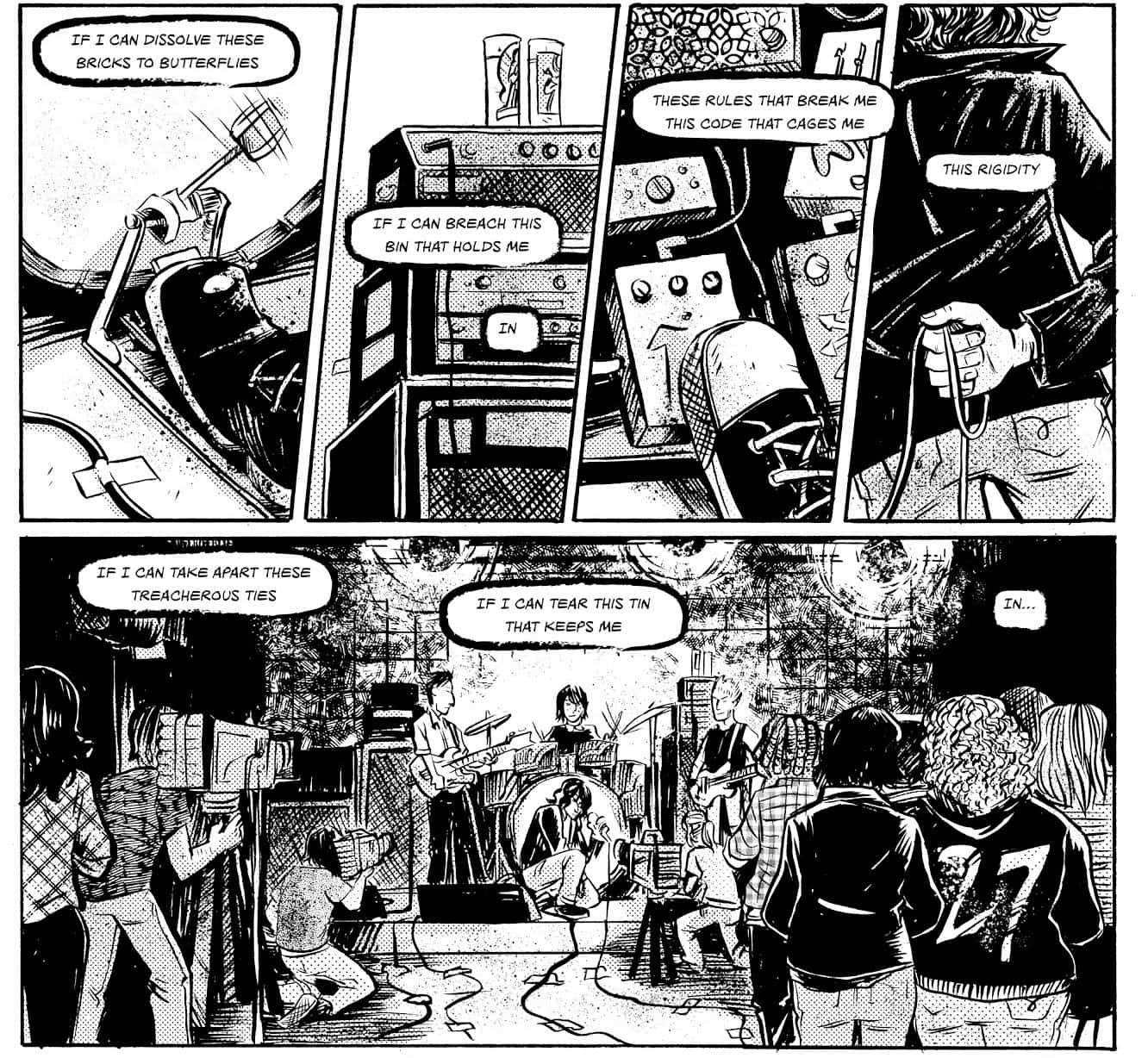 As Holly wanted to center the comic on “writing a story about the one that lived, and kept going despite it all” in the middle of the usually romanticized tragedy of rock n roll, they got inspired by bands like X Japan or Manic Street Preachers, picking up from the tragedies behind them and her own fascination with these bands for Ecstasy, the band at the center of the story. The sound itself is quite another story: for Holly,  Ecstasy actually sounds like English band InMe, although she emphasizes the charm of the book is how people project their own larger than life soundtracks onto it. 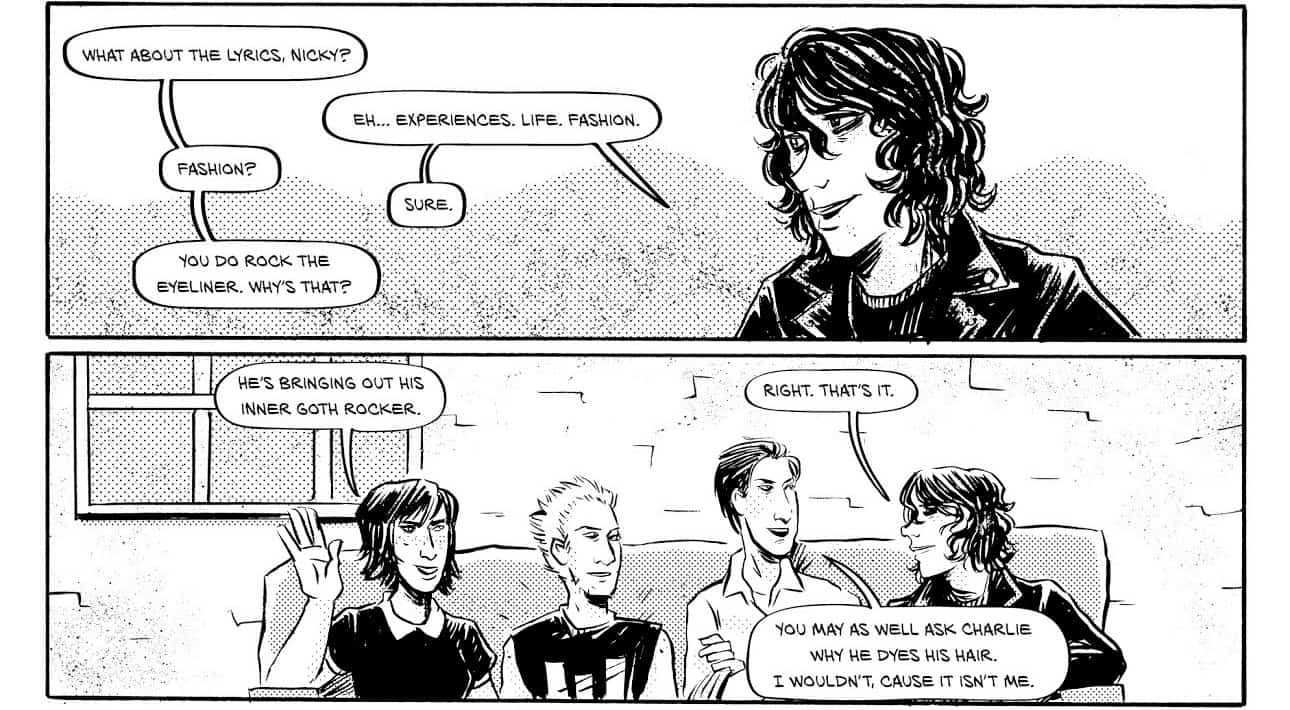 During the conversation, Holly and Duna tackle each one of the four main characters (Nicky, Drey, Alex, Charlie), as well as how a story that began being written 20 years ago has grown and evolved. Digging into the shift in language around queer, gender non conforming and non binary identities, and how that has shown in Holly’s work within Last Song’s own queer story, to the reasons behind secondary characters/“fans”, different types of narration and points of view of the story, and the goal of really showing these characters’ internal world.

Queer Rock Stories & Carrying On, An Interview with Holly Interlandi