SDCC vs SLCC – What You Need to Know 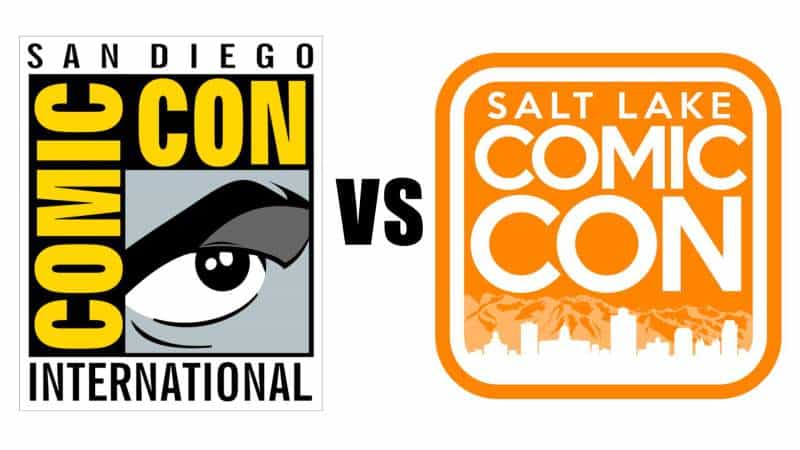 Today marks the beginning of a trial three years in the making. San Diego Comic Con has taken Salt Lake Comic Con to court over the use of the term “Comic-Con,” which SDCC has a trademark over, but is claiming terms such as “Comic Con” and “ComiCon” are included in the trademark. Salt Lake Comic Con has decided to countersue under the grounds that descriptive terms such as “Comic Con” (note the lack of hyphen) cannot be trademarked under current federal law and that SLCC has done nothing wrong by omitting the hyphen which works more as a branding tool.

Salt Lake Comic Con’s argument is threefold. First, they alleged that the term “Comic Con” cannot be trademarked as it is generic and only descriptive of the event that is offered. Therefore, things such as a logo containing the words “Comic Con” can be trademarked, but the term itself cannot. Secondly, they allege that due to the descriptive nature of the term, many other companies and conventions have used it to advertise their events long before SDCC received the trademark in 2005 and even prior to SDCC’s first use back in 1970. Third, they have evidence that suggests that SDCC abandoned a trademark of the term “Comic Con” back in 1999, providing court documents consistent with this argument.

SLCC has been very vocal on their stance on the situation, using social media and the associated press to get their viewpoint and argument to the public. Earlier this summer, SDCC served a gag order to prevent SLCC from further using these tactics stating that these attempts to sway public opinion were potentially tampering with the jury pool. This order was repealed in October when a judge ruled it was unconstitutional, and that SDCC’s argument for the gag order had no grounds due to the size of the jury pool.

After the gag order was lifted, many of the court documents are articles written by the associate press returned to SLCC’s website. The initial filings of each party, as well as many documents regarding the trademarks, can be reviewed through the comprehensive collection.

The site also includes a comprehensive list of other conventions that use some form of the term “Comic Con.” While the trial only includes SLCC as it’s defendant, the implications towards many companies and brands could be hurt by the outcome of the trial. SLCC has often times referred to the battle as “David vs Goliath,” stating that they are not only trying to help themselves but the many other conventions that could be hurt by SDCC’s interpretation of its trademark.