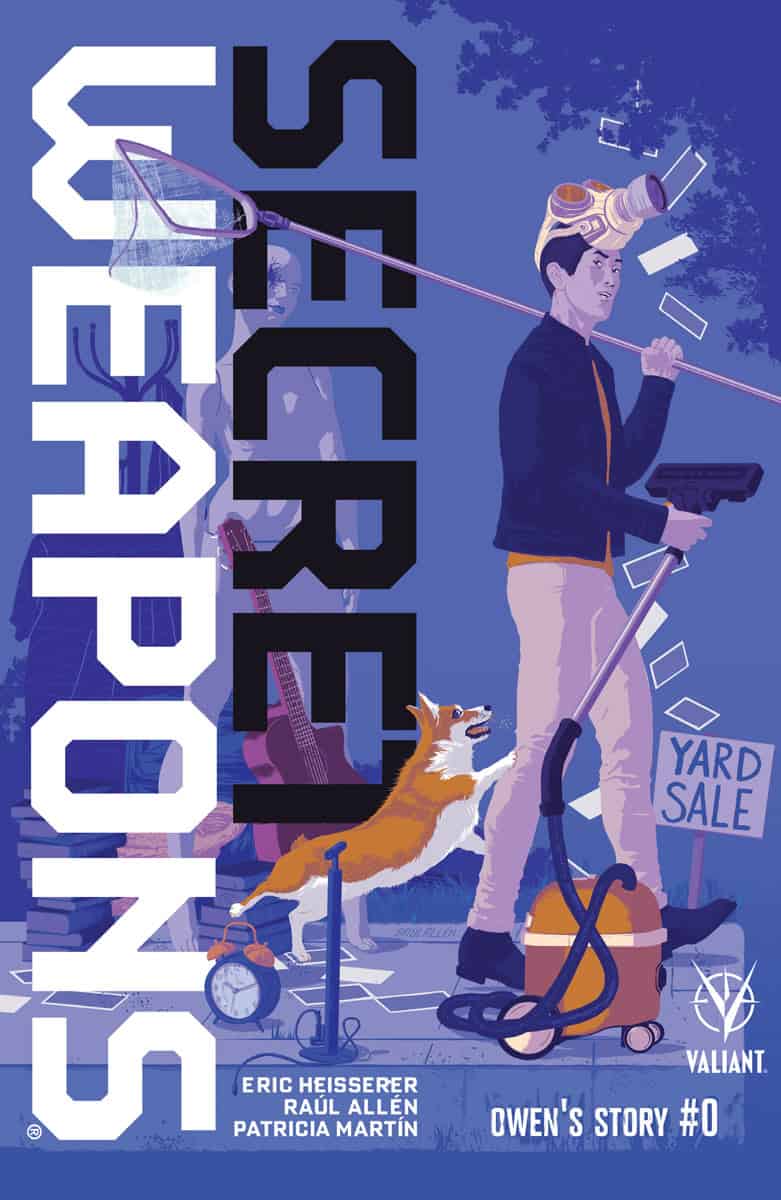 Livewire’s Secret Weapons will be assuming center stage in HARBINGER WARS 2 in May 2018, but  first, readers must witness one of the year’s most peculiar, ‘unlikely and unorthodox’, origin stories as the creative team of Heisserer, Allén, and Martín, once again, come together, this time to ‘recount a life lived one item at a time’ in SECRET WEAPONS: OWEN’S STORY #0; also featuring variant covers by Raúl Allén (NINJAK), rising star Sibylline Meynet, Sija Hong (NINJAK), and Leif Jones (GENERATION ZERO)!

The SECRET WEAPONS creative team, consisting of Academy Award nominee, Eric Heisserer (Arrival), Harvey Award-nominated artists, Raúl Allén (BLOODSHOT REBORN), and Patricia Martín (WRATH OF THE ETERNAL WARRIOR), have reunited for an all-new chapter of SECRET WEAPONS, this one, SECRET WEAPONS: OWEN’S STORY, is the ‘standalone tale spotlighting a day in the all-too-complicated life of Owen Cho, one of Livewire’s new recruits and quite possibly the Secret Weapons’ most unique talent of all!’ 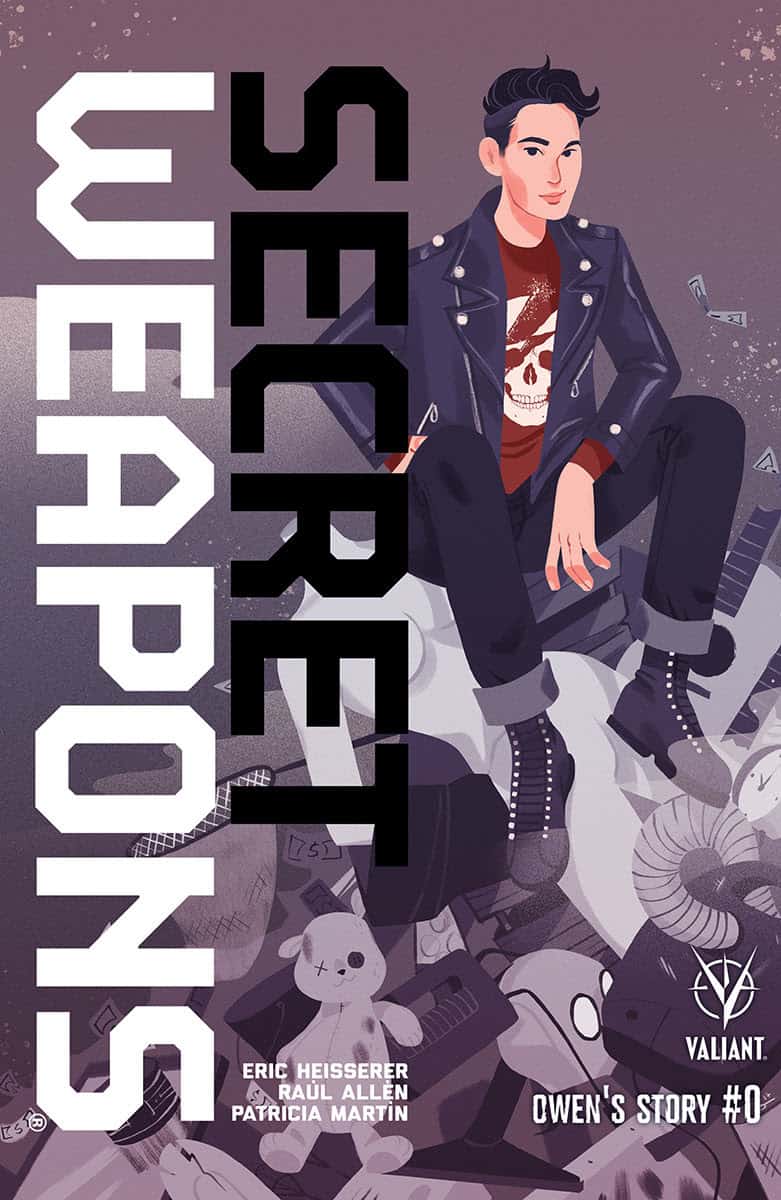 Described in media releases as the story of ‘Owen Cho [who] is a conjurer, which can be a great deal more frustrating than it sounds.  You see, Owen’s “psiot” ability – unlocked at great expense and even greater danger by Toyo Harada’s Harbinger Foundation – allows him to materialize objects out of thin air,  but he can’t control what to summon or when it might arrive.  Worse yet, his gift has landed him in a heap of trouble over the years… Namely, it got him locked away in The Willows – an off-the-grid facility for abstruse superhumans like himself – before Livewire and her team of like-minded “secret weapons” gave him a path with purpose…From the minds of SECRET WEAPONS’ all-star creative team, we discover the significance behind the otherwise ordinary trinkets, toys, and gadgets conjured by Owen’s otherworldly ability across a series of lavishly illustrated double-page spreads and short stories specific to each object that weave together to form one cohesive narrative…and one of the year’s most innovative single issues.’  With everything else happening at Valiant currently, it is evident that they are taking far-reaching steps to become extremely innovative, introducing new characters, and putting together projects such as this one and many others that are quite exceptional! 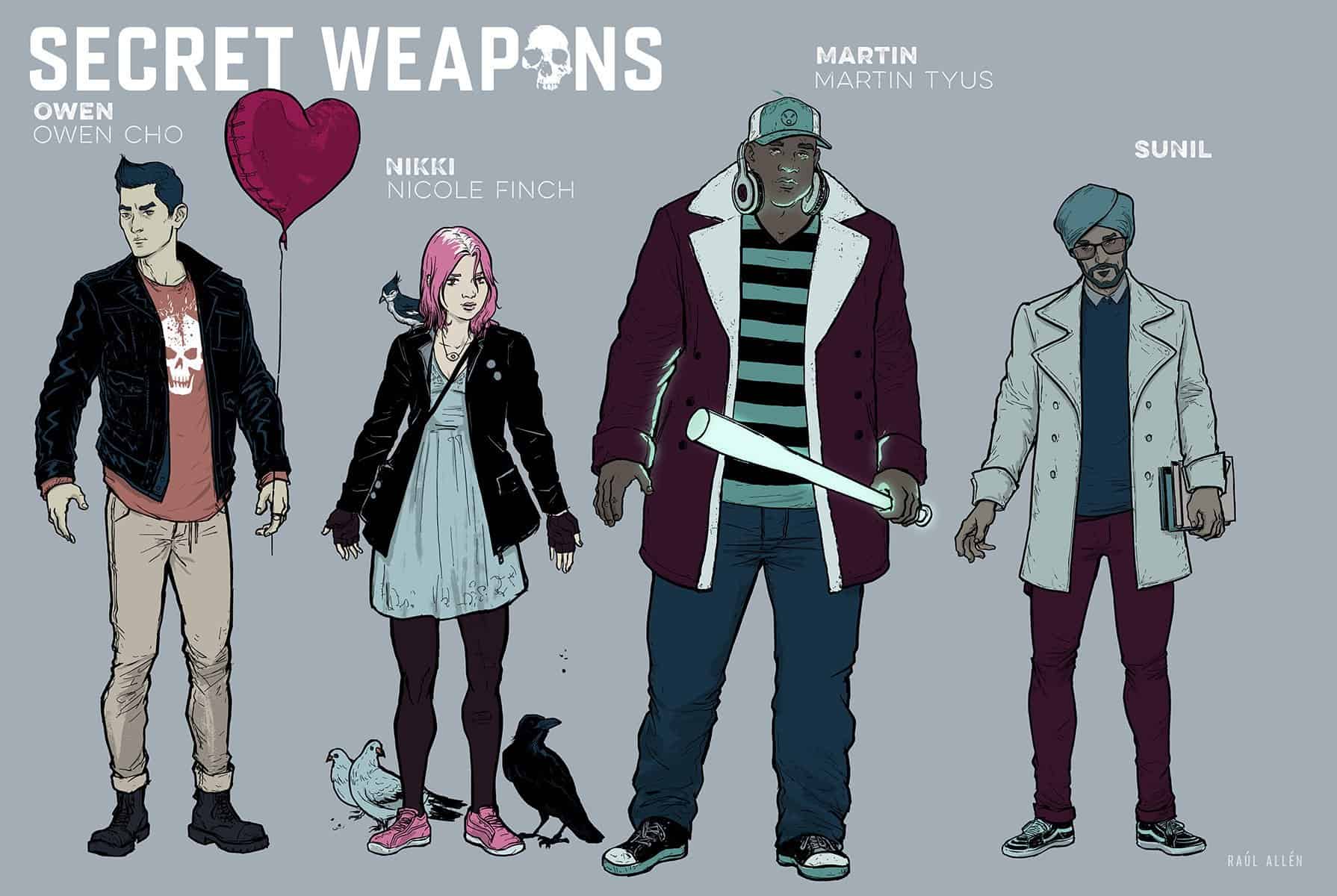 Speaking to this point, Valiant Editor-in-Chief ,Warren Simons, says “We’re fortunate to have one of the most ambitious and hardest-working stables of creators anywhere in the industry at Valiant, and collectively, they’ve been challenging themselves to push the boundaries of the medium even farther in 2018,” adding “In the first few months of the new year alone, we’ll see Eric Heisserer and Adam Pollina attempt a new style of day-by-day, panel-by-panel storytelling in SECRET WEAPONS #0; a ‘black issue’ told in total darkness by Jeff Lemire in BLOODSHOT SALVATION #7; and, now, another innovative SECRET WEAPONS special with a distinctive style and technique quite unlike any other I’ve ever seen attempted on the comics page.” 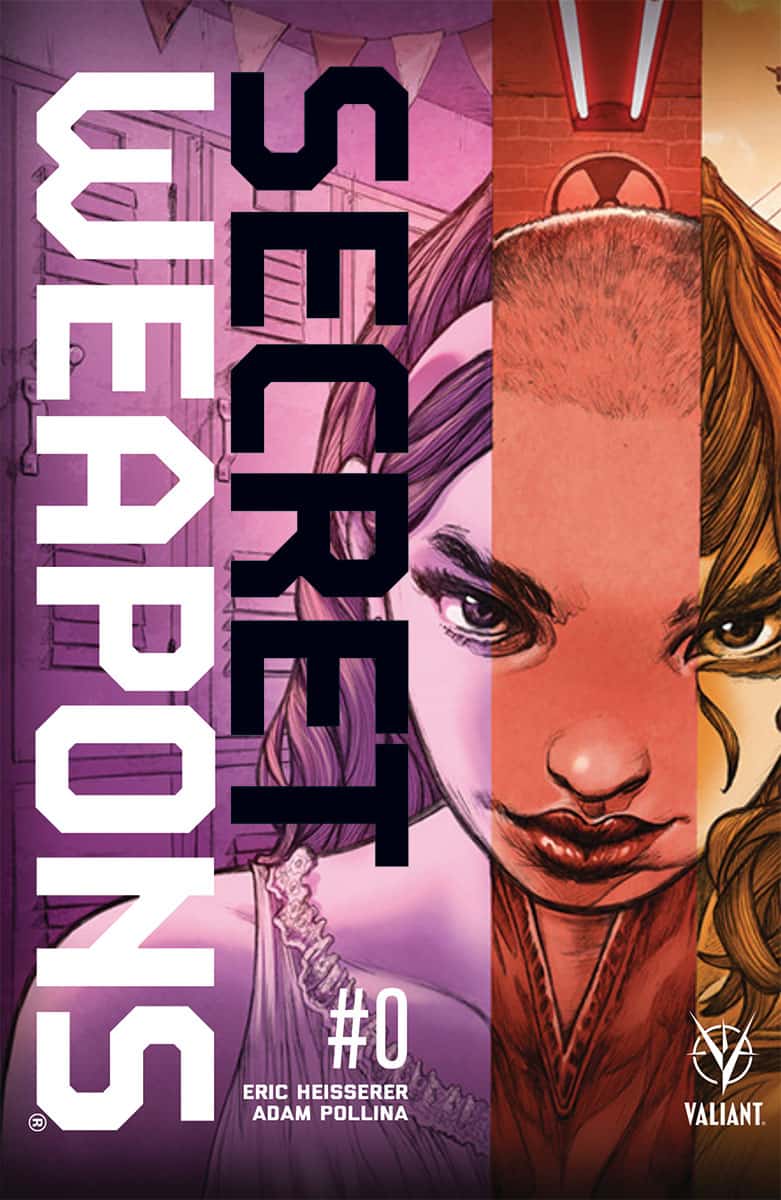