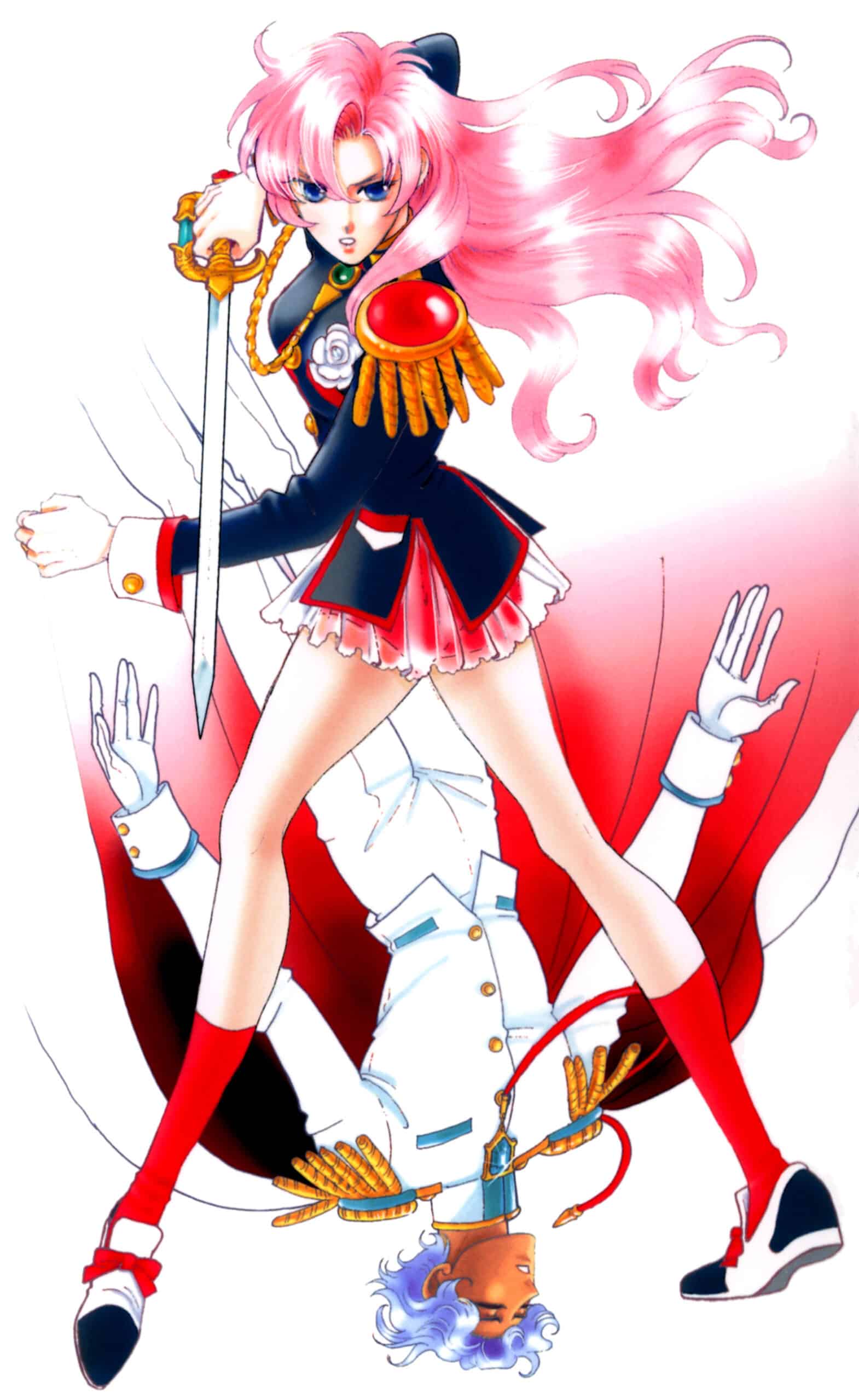 My grandma always defaulted to a feminine universal and she loved to say, “To each her own,” a phrase which would freeze men in a moment from which some would never fully recover. 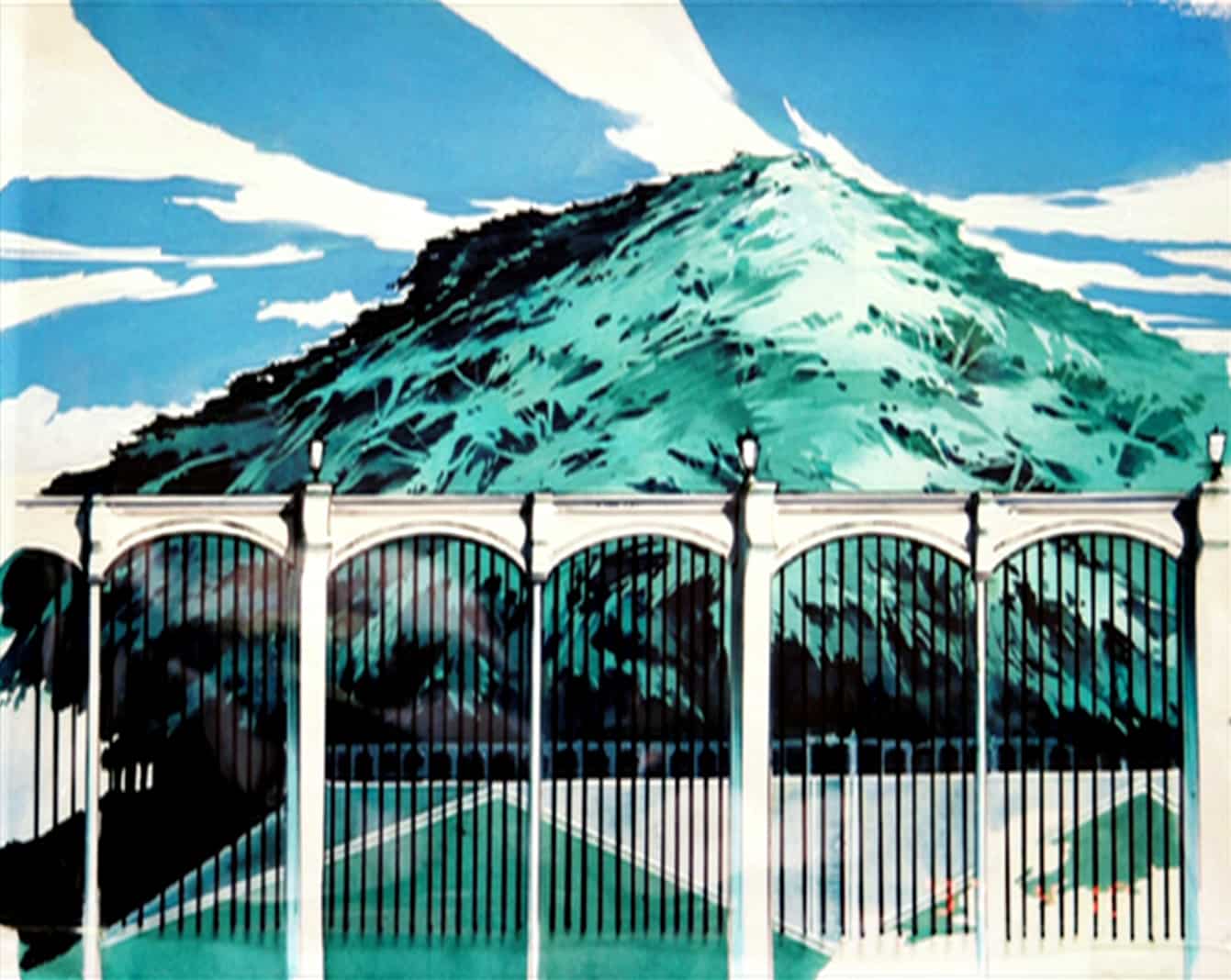 The characters of Shoujo Kakumei Utena compare themselves, harshly and unfairly or confusedly and unfairly, against one another, constantly. As you do in school. As you do in life. They may find themselves lacking on a cosmic scale because they are missing some small happiness or ease they perceive in another student. They may find themselves to be superior based on an abstract principle or their closeness or affiliation with another student. But, they all feel, in the pit of their being, that they are insufficient. 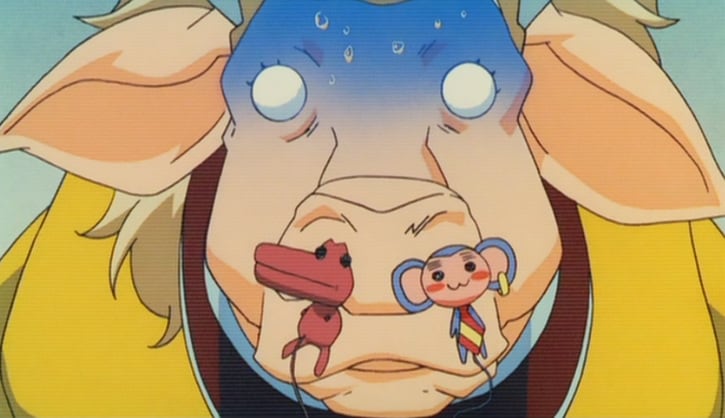 Everyone in Utena plays to lose until Tenjou Utena, and then Himemiya Anthy after, have something to win. But, they are not the only ones, nor can they ever be the only ones. In Adolescent Apocalypse, Wakaba and Shiori can also transform into world-crossing motor vehicles. In Adolescent Apocalypse, or The Adolescence of Utena, Saionji half-threatens to escape, to win, to change just to be the same young guy he always is. A White Rosebud – the 2017 stage musical – and its sequel, both put multiple characters’ growth, maturation and revolution to the fore of the narrative. The manga, After the Revolution makes the ability for all to change, all to escape, to grow, to be explicit.

The revolution in the first comic and the television series is arguably not Utena’s, at all, though her name is in the title. That revolution belongs, foremost, to Anthy in her decision to break from immemorial timeless behavior, natural law for their universe, reaffirmed in the theatrical film with Anthy in the driver’s seat once Utena becomes a car, a vehicle for her to leave into change. In After the Revolution, Utena and Anthy form a narrative for launch, an elemental expression a spiritual lesson to initiate others into their own personal and the promise of a universal 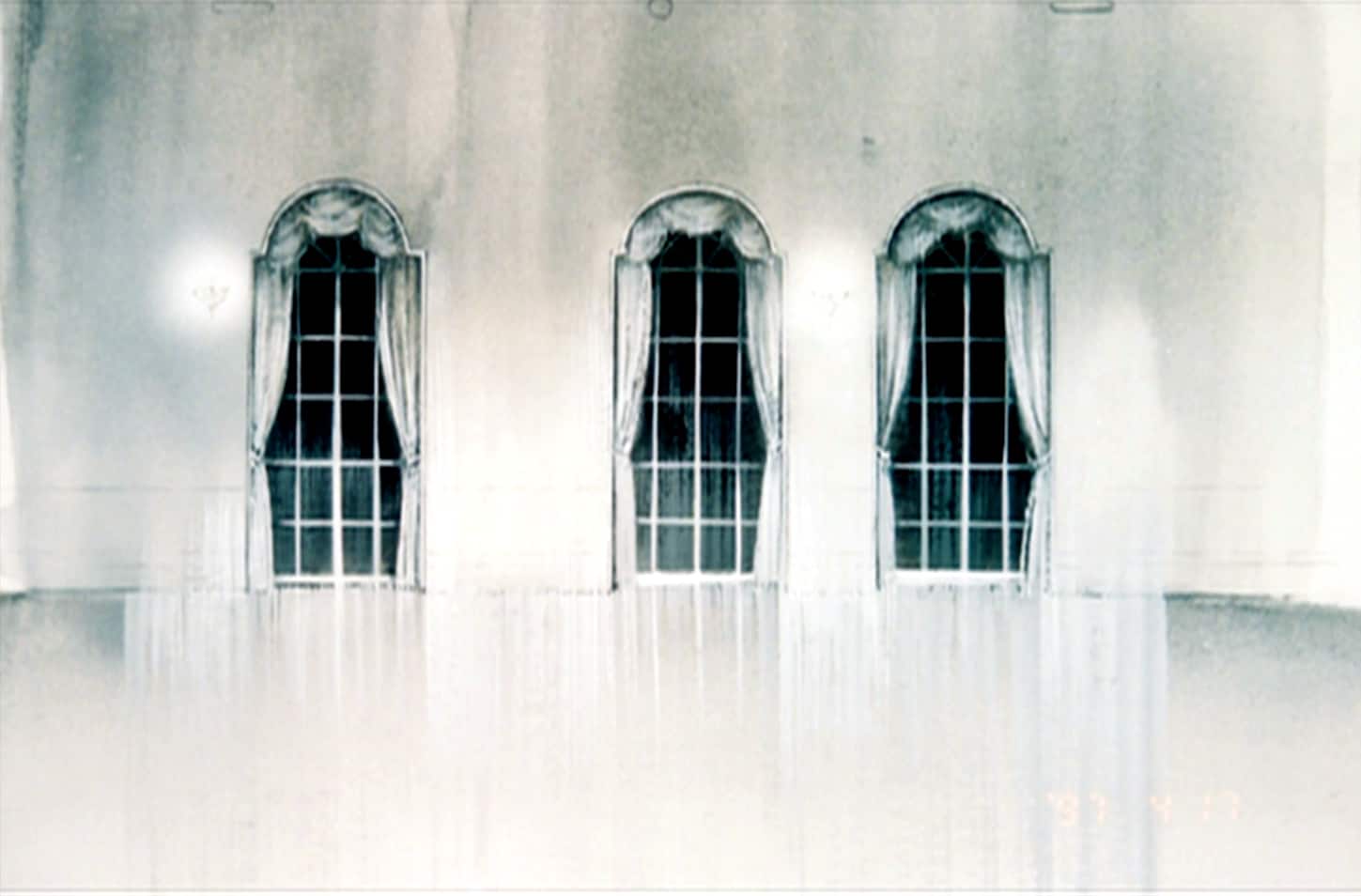 The microcosm Utena is placed into can be a maze specifically to ensnare Utena without it degrading the value of anyone else caught in or harmed by that trap. Especially because Anthy’s achievement is so closely tied to Utena’s, their escapes in tandem in spirit and development if not completion, the potential is open to us and to anyone. Even the dead.

Be-Papas member and director of the Shoujo Kakumei Utena television series, Ikuhara Kunihiko, has promoted the English translation of, “Girls” or “Girls’ Revolution,” over “Revolutionary Girl,” and Girls Revolution Utena has a subtle but very different frisson to it, especially introduced after years of the Revolutionary Girl Utena. With every telling of the story, every re-visit, it seems more characters have more opportunities and more latitude and hope for growth, for maturation, for health, and in health, for revolution and an escape from the ghost-traps and shame-mazes of Ohtori and that dead world. 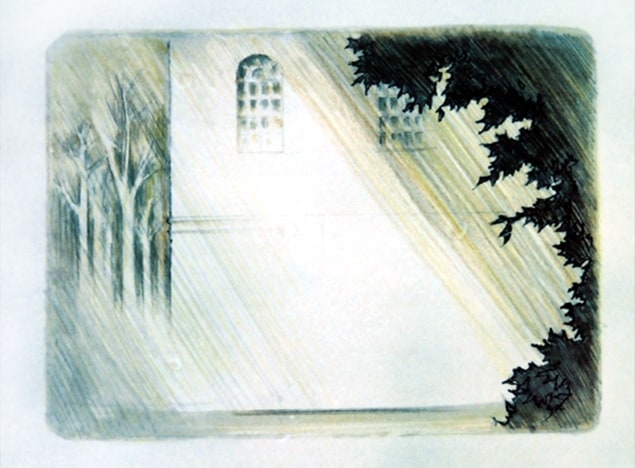 Much was made, at the time of the theatrical film’s release, that the whited out world outside Ohtori was evidence of maturity was dull and empty and we just had to deal with that, but the final scenes of Adolescence of Utena contradict this both verbally and in tone. A blank canvas is not a dead world but something to be painted on. A fallow field is not corrupt nor cruel.

I feel very strongly that the tellings of Utena have always been more about who they are told to than who they are told about. Who is Utena the story talking to? In the story, exists a world that is a trap for us, but the story is a trap for the things that trap us. Rather than dwell on long gone adolescence or become arrested in our own adolescence, those fears, those cruelties, can be remaindered in the discount bin world of Ohtori. They can be left to Akio, the Lord of the Flies, the prince of lies, Acting Chairman (never Chairman) of Ohtori Academy, a fiancé (not a husband), incestuous brother, malicious confidante, subtle brute, a bad bad man. Akio, himself, can be left to Ohtori. You just walk out. 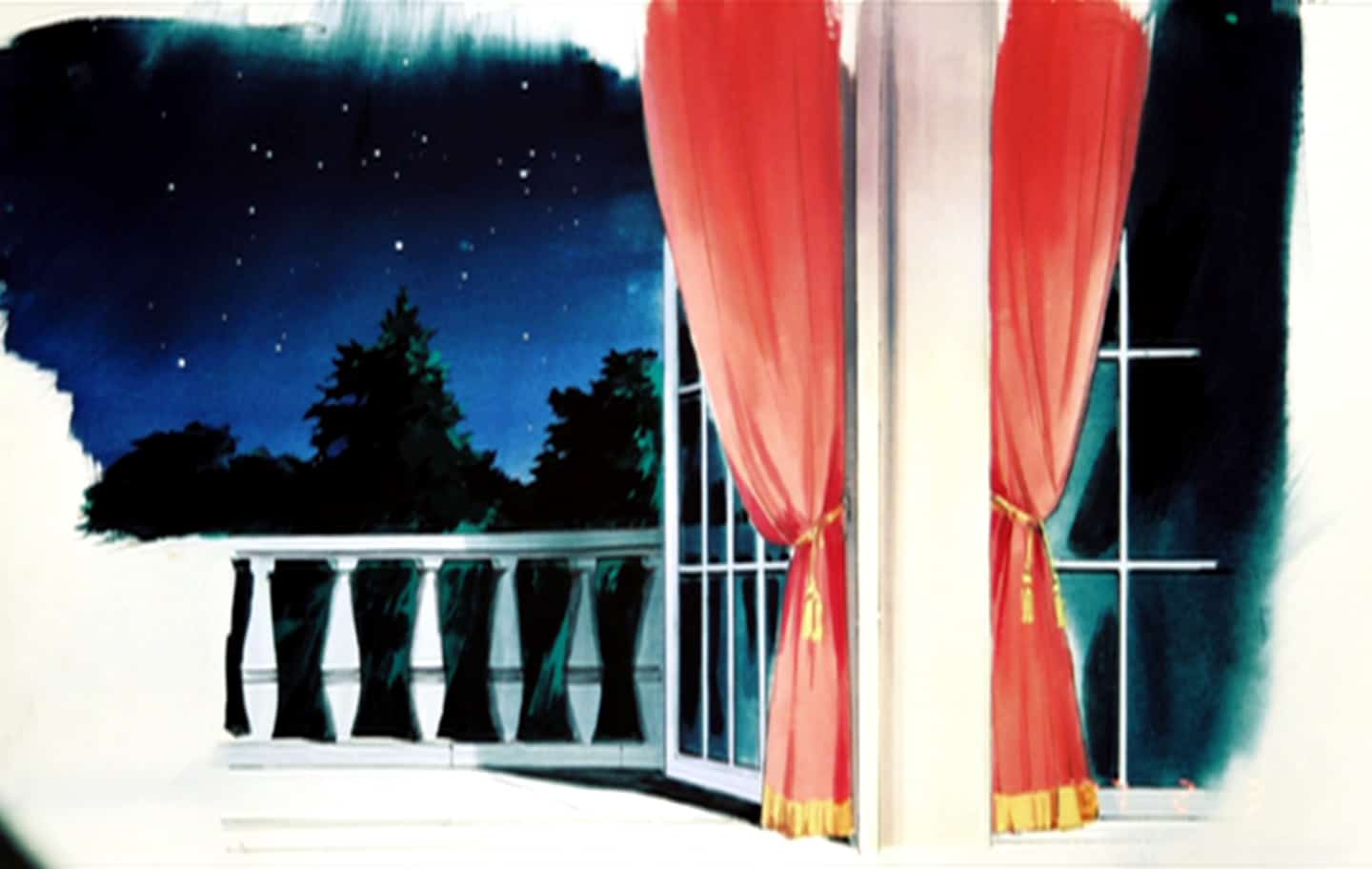 In After the Revolution, Chiho Saito styles “the revolution,” as The Revolution, a nude portrait of Anthy painted by her brother, Akio, and kept in his bedroom on the Ohtori school grounds, a portrait the dead Akio would like retrieved. In the process of retrieving it, the portrait instead becomes a clothed image of Anthy and Utena together. Witnessing Utena coming to clothe, to embrace, and to rescue Anthy from the painting, the other two former students of Ohtori, Saionji and Touga, are able to embrace and, themselves, walk out. 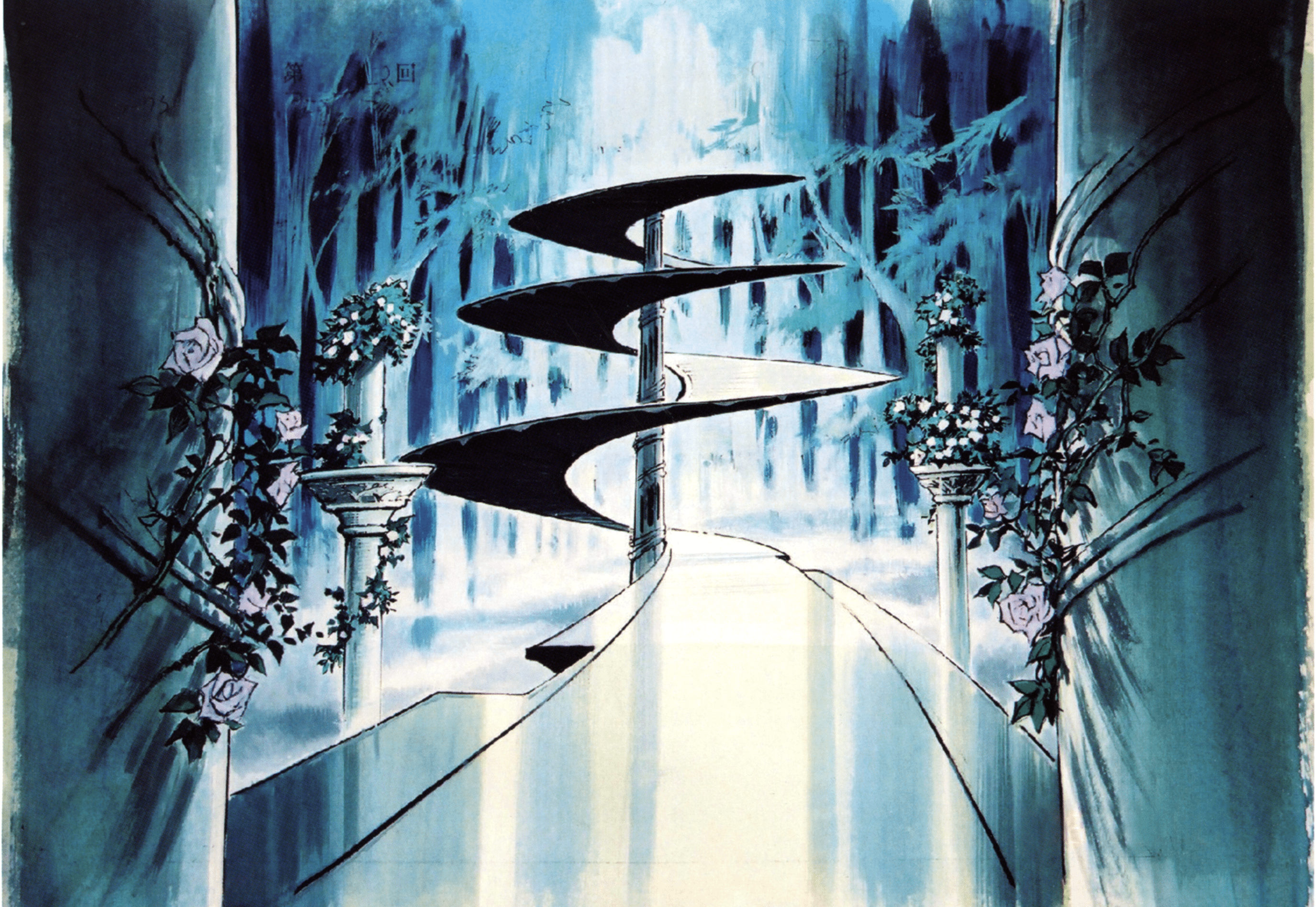 Responsibility can exist whether we wish to acknowledge or exercise it. 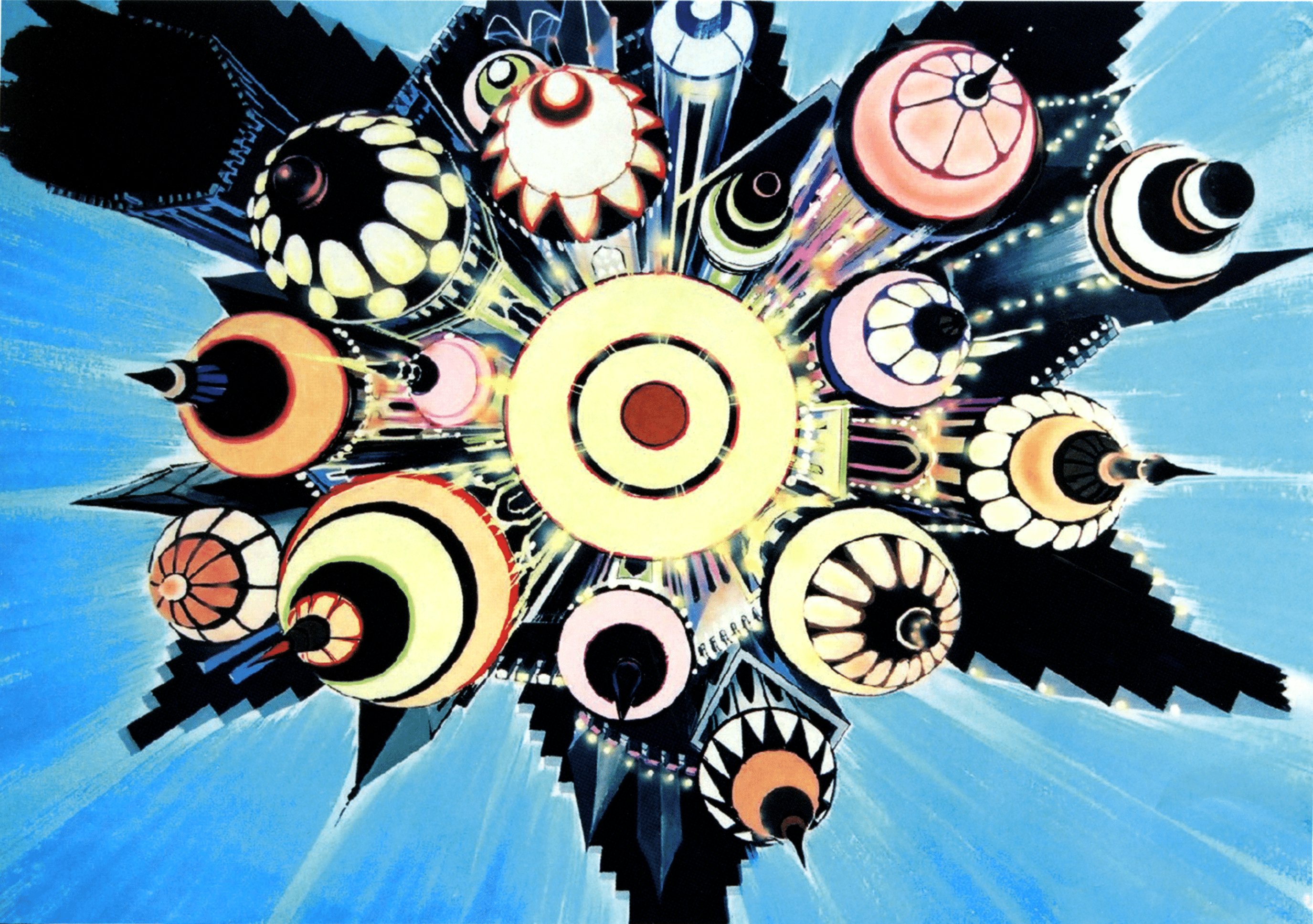 Responsibility is, more often than not, decided for you. Placed on you. Anticipated around you. It is so easily abused that it can become synonymous in our heats with abuse.

Foremost, Utena is a permission to walk out on dangerous relatives, on toxic communities, bad friends, on unjust debts and the threat of consequence that has long been devoid of good faith. 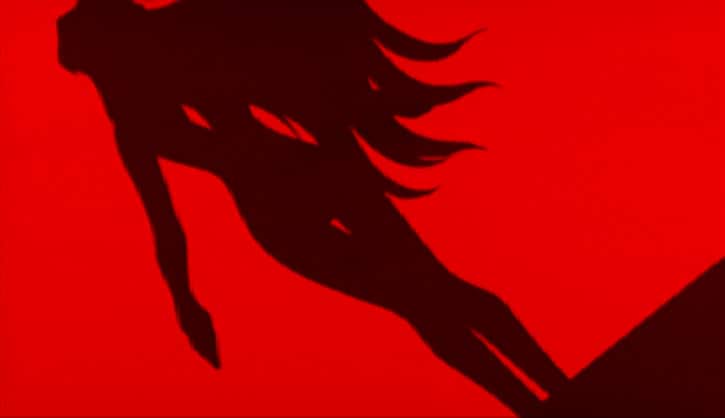 We can embrace a world or a truth in which only someone like Utena can make such a severe turn in life that they escape their dangerous reality, or that Anthy – magic ancient young witch girl in a constant panic but also strangely calm – can push Utena into that revolution or accompany her, or follow behind in a cute hat with a travel bag. But, it is disappointing. After awhile, it is disappointing.

What the hell is wrong with Wakaba? She cannot come along? She cannot have her own development and escape? She is stuck there? 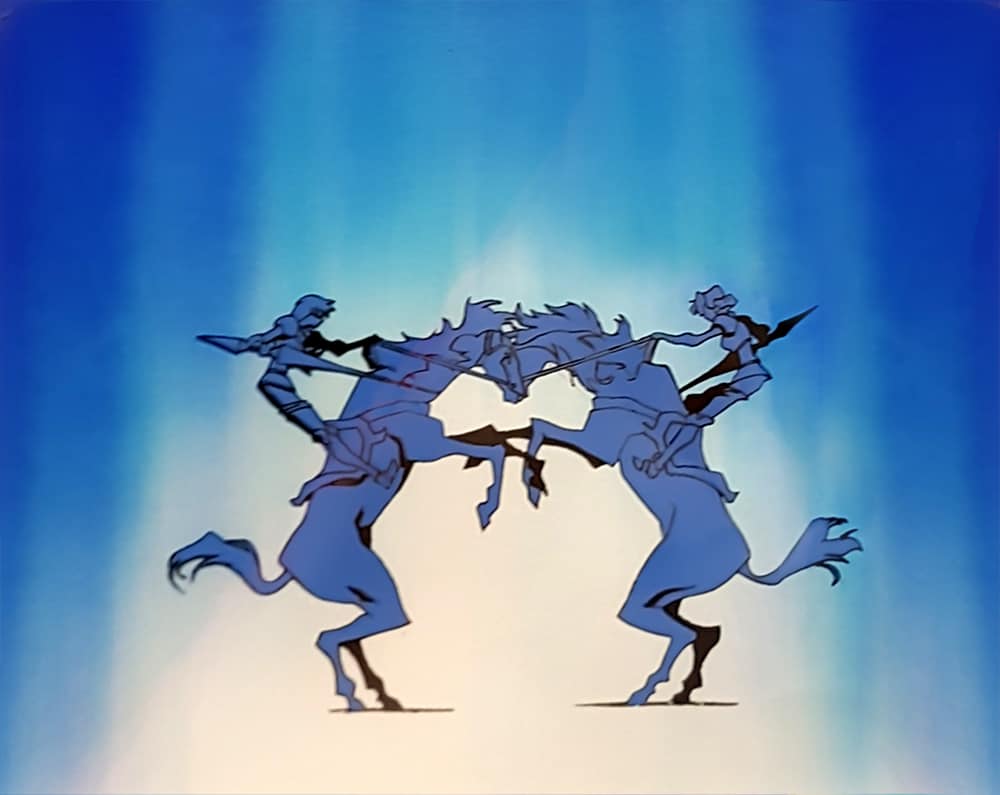 And, Shiori? Adolescence of Utena’s Shiori, especially, has witch powers to rival Anthy’s; she can turn into a car that is pretty kick ass. Why should she never measure up?

And, if Shiori, not Juri? And, would Juri really bail on Miki? Would Miki leave his sister? Would his twin sister leave him?

If Touga can be a decent guy and hold perspective while he is a ghost, can he not break free of a bad world?

Everyone cannot leave all at once, or you have a different story. A rapturing or communal effort is a different story than standing on your own or hand in hand with your lover. Too far afield and you are The Revelation of St John the Divine or Neon Genesis Evangelion, no longer Utena, but in Utena are not all things possible if any miracle is possible? 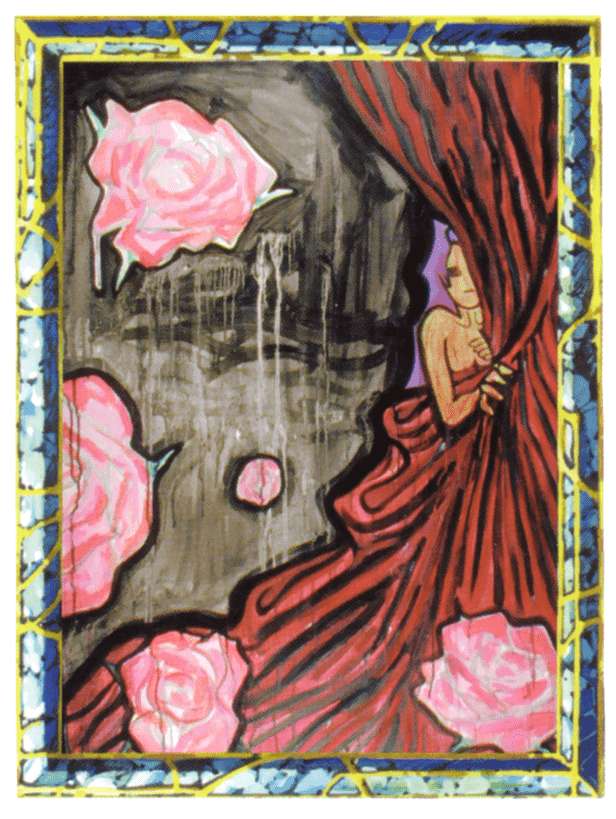 For most characters, in most tellings, when they proclaim their desire for a miracle, they want the miracle to be disproven. They seek a shining thing, a special thing, a discontinuity or blessing so that in the light of analysis and clarity it is seen that the shining thing is not, the miracle is for nought, the good thing does not exist. It is an exercise to force the hiding hand into revealing that it is empty.

The castle in the sky is a trick of the light and the magic swords and boxing kangaroos are part of normative life you must be too naive or immature to have known about yet. To be faced with any expectation of our potential, our own or someone else’s, is in general overwhelming for everyone.

Utena leaving Ohtori is only half the story.

It is okeh to make life decisions because you are at the end of your tether. You can follow someone else’s lead. You can walk hand in hand. You can ride your friend who is a jeep.

If it makes you feel any better, in the ways that count, that asshole who wrecked your life? He’s always been dead. 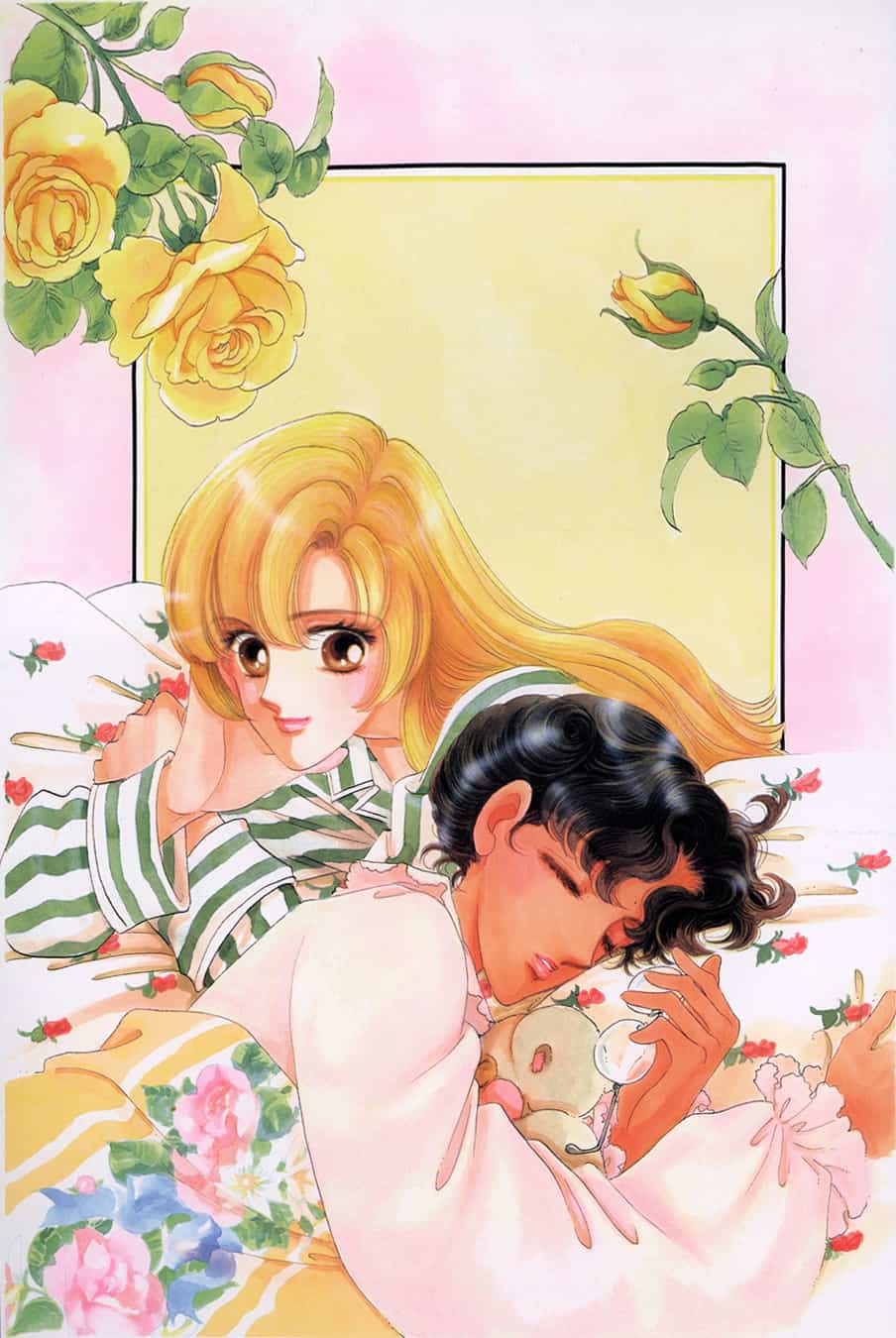