Next week the double storyline continues as Jane must deal with Loki AND the attention of a deadly villain while also learning more about Runa the Valkyrie as she quests to recover her past so she may know her future!

You can catch up with our spoiler free review of issue #1 by clicking RIGHT HERE!

THE MYSTERY OF THE NEWEST VALKYRIE UNFOLDS!
The biggest new addition to the Marvel Universe finally fulfills a promise years in the making! On the planet of Perdita lives an ancient power – imprisoned. Leashed. Valkyrie goes to free it – and herself. And she must work quickly, for back on Midgard, Jane Foster has fallen into the sights of Kraven the Hunter! The killer stalks a beast from another plane, one whom Loki claims threatens the lives of every mortal. But there is more to this creature than meets the eye. Can the gaze of a Valkyrie reveal the secrets behind the wolf and his unearthly origin? 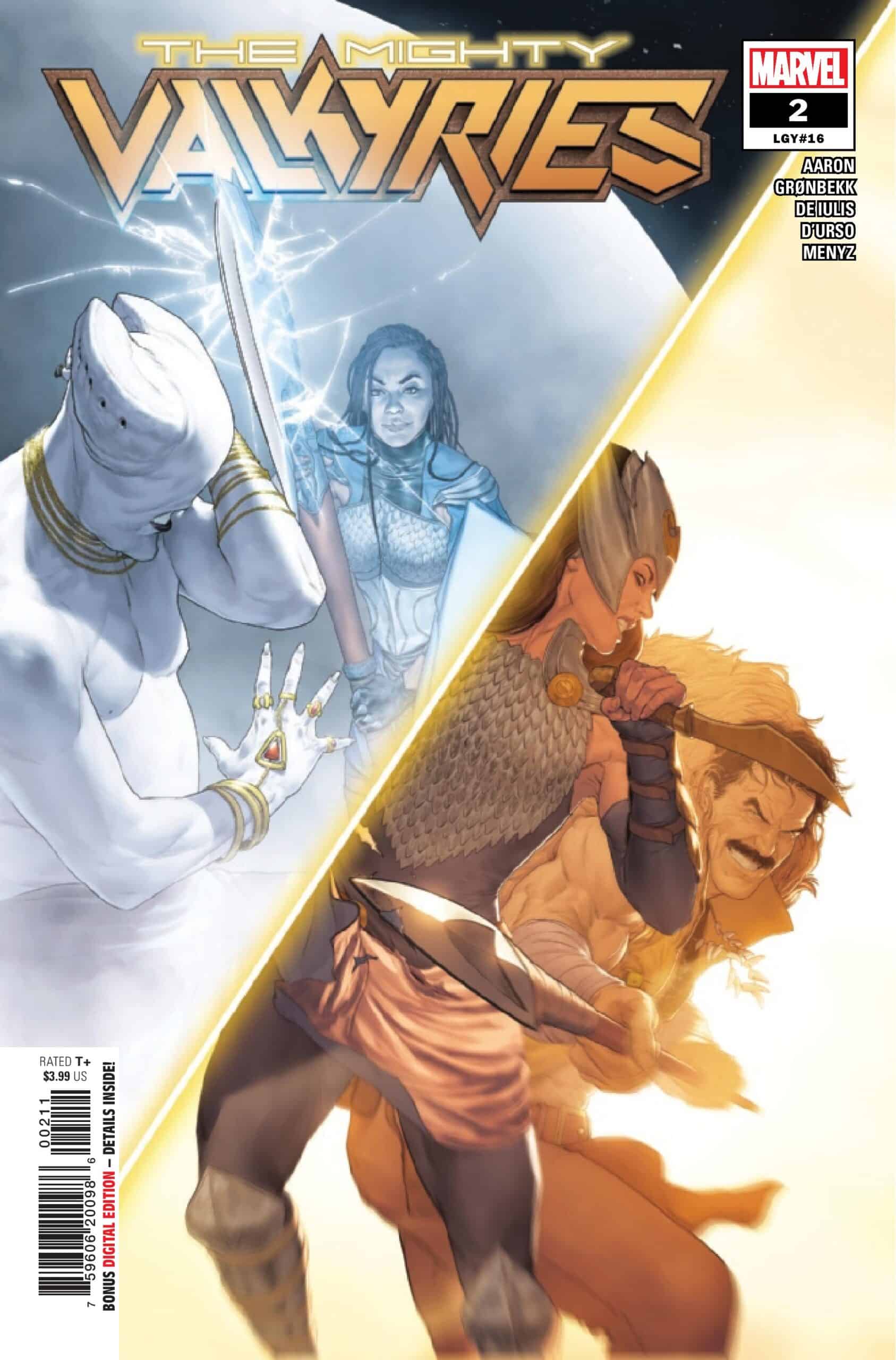 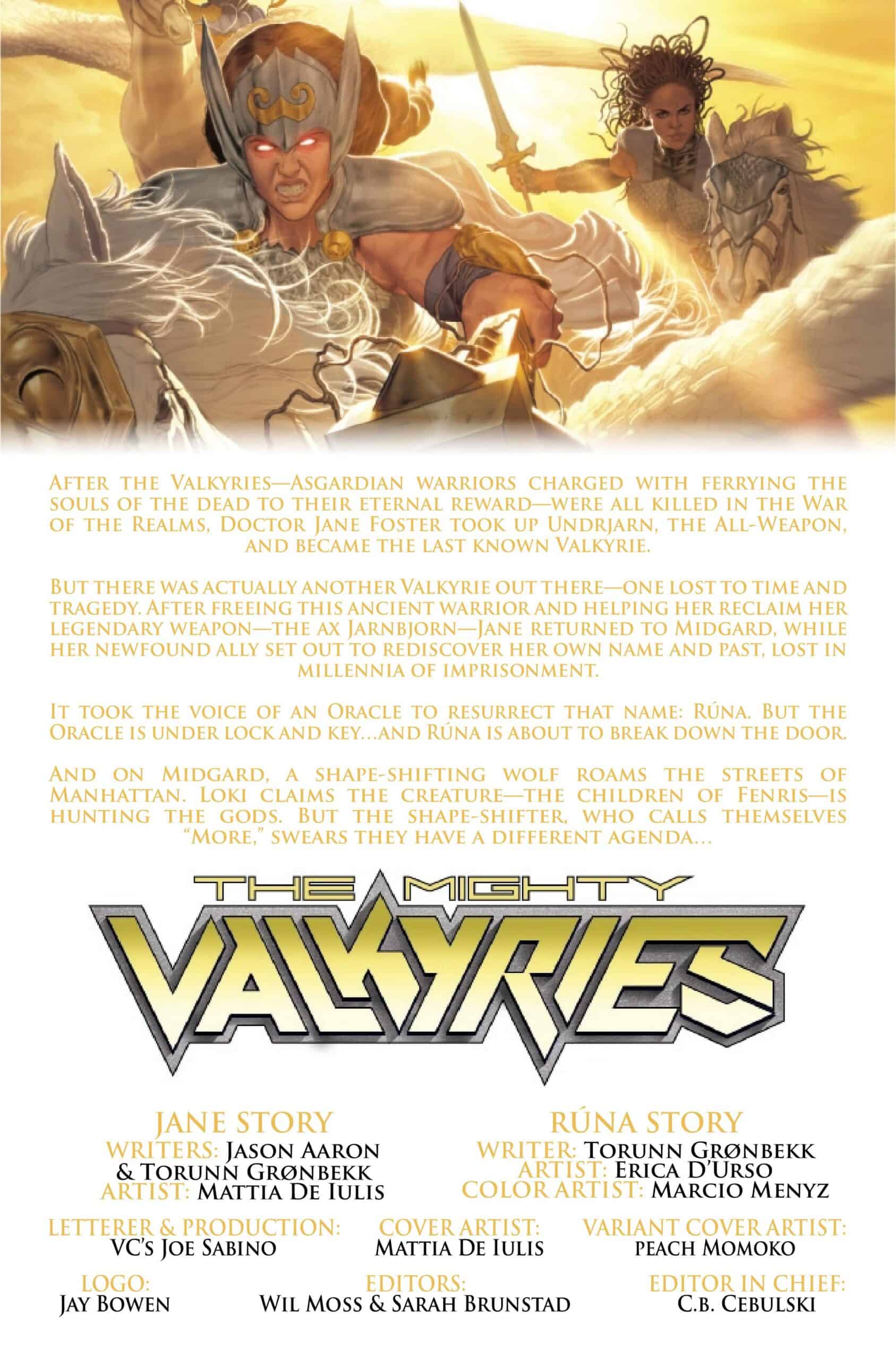 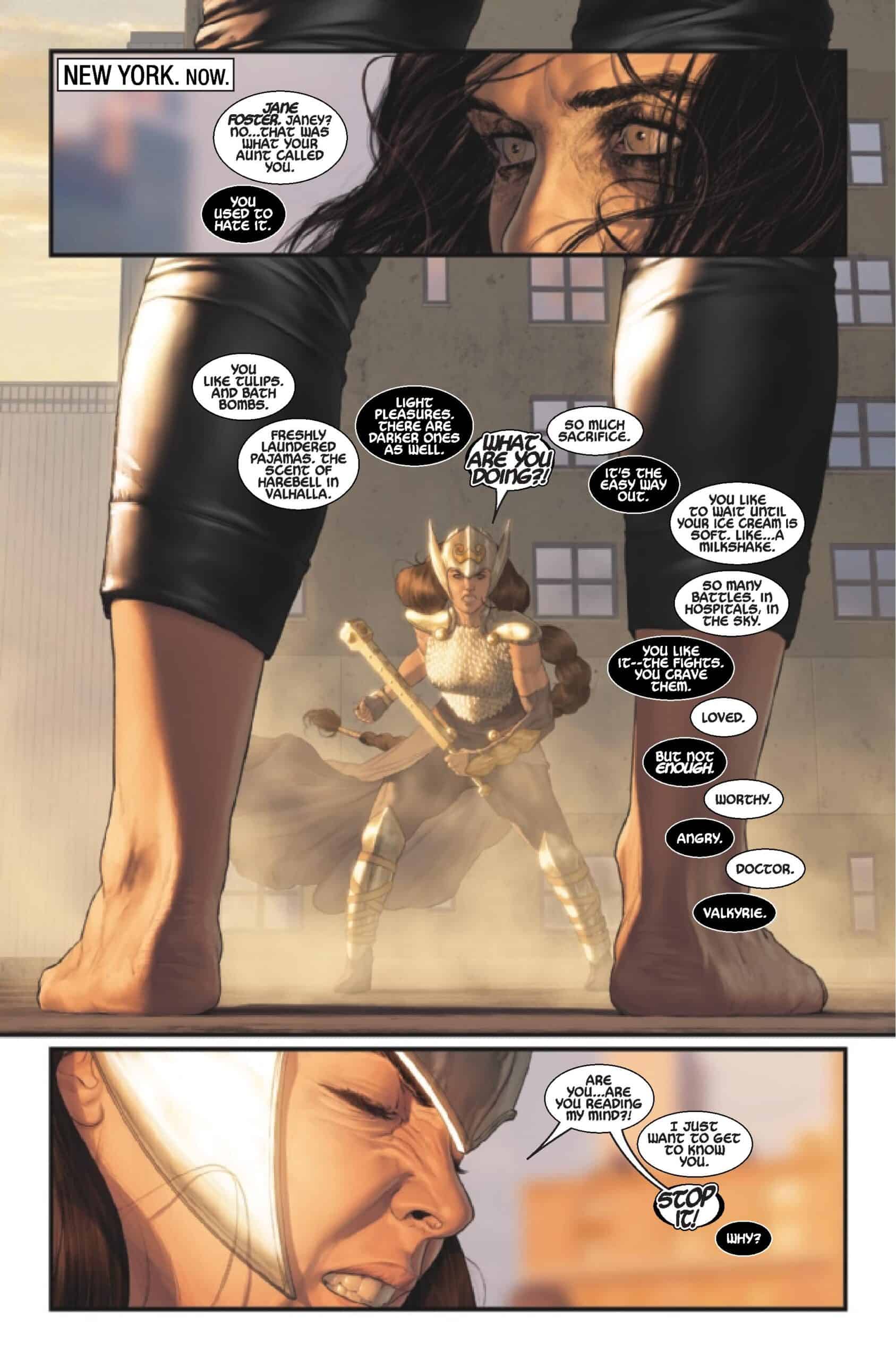 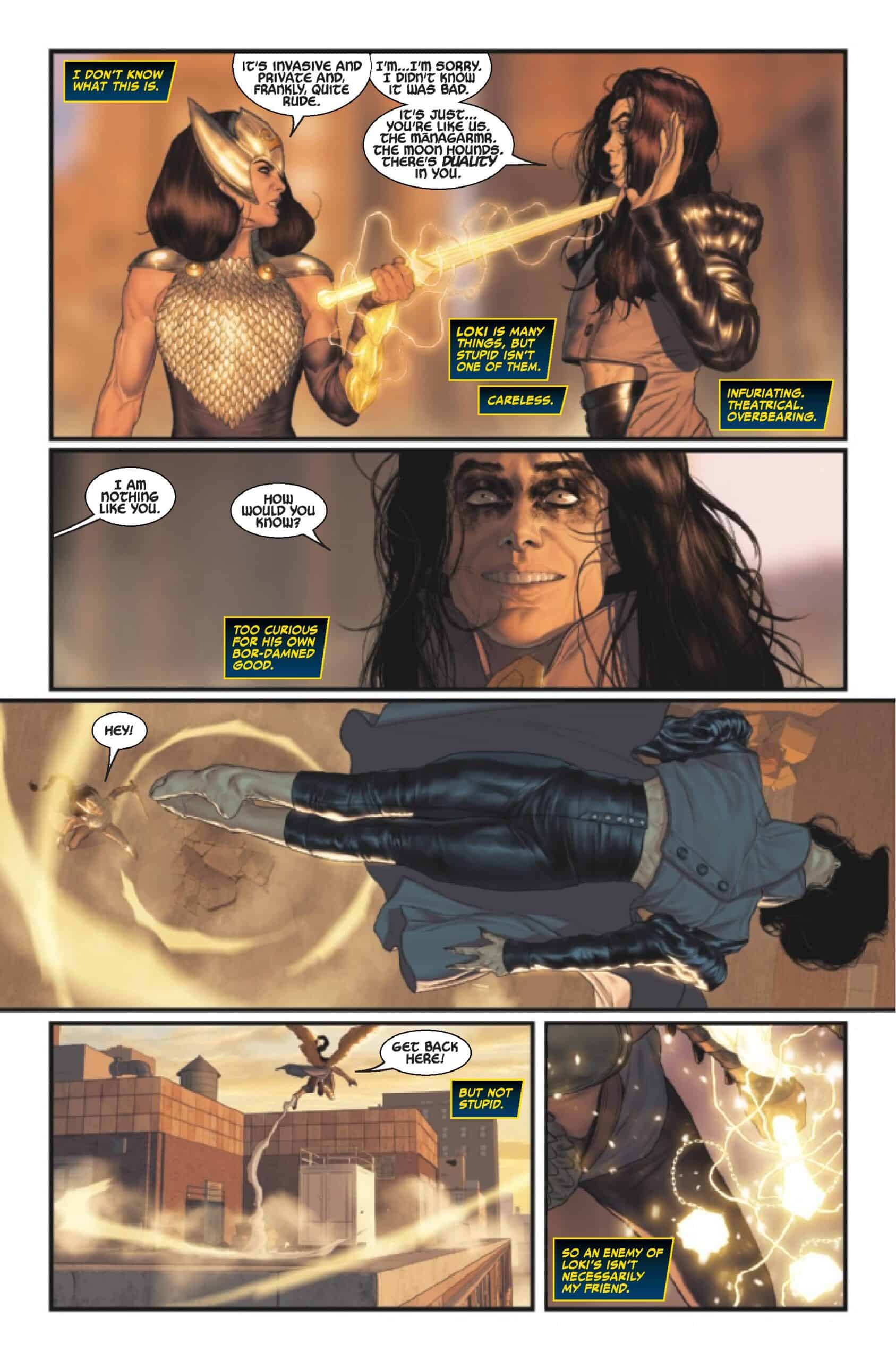 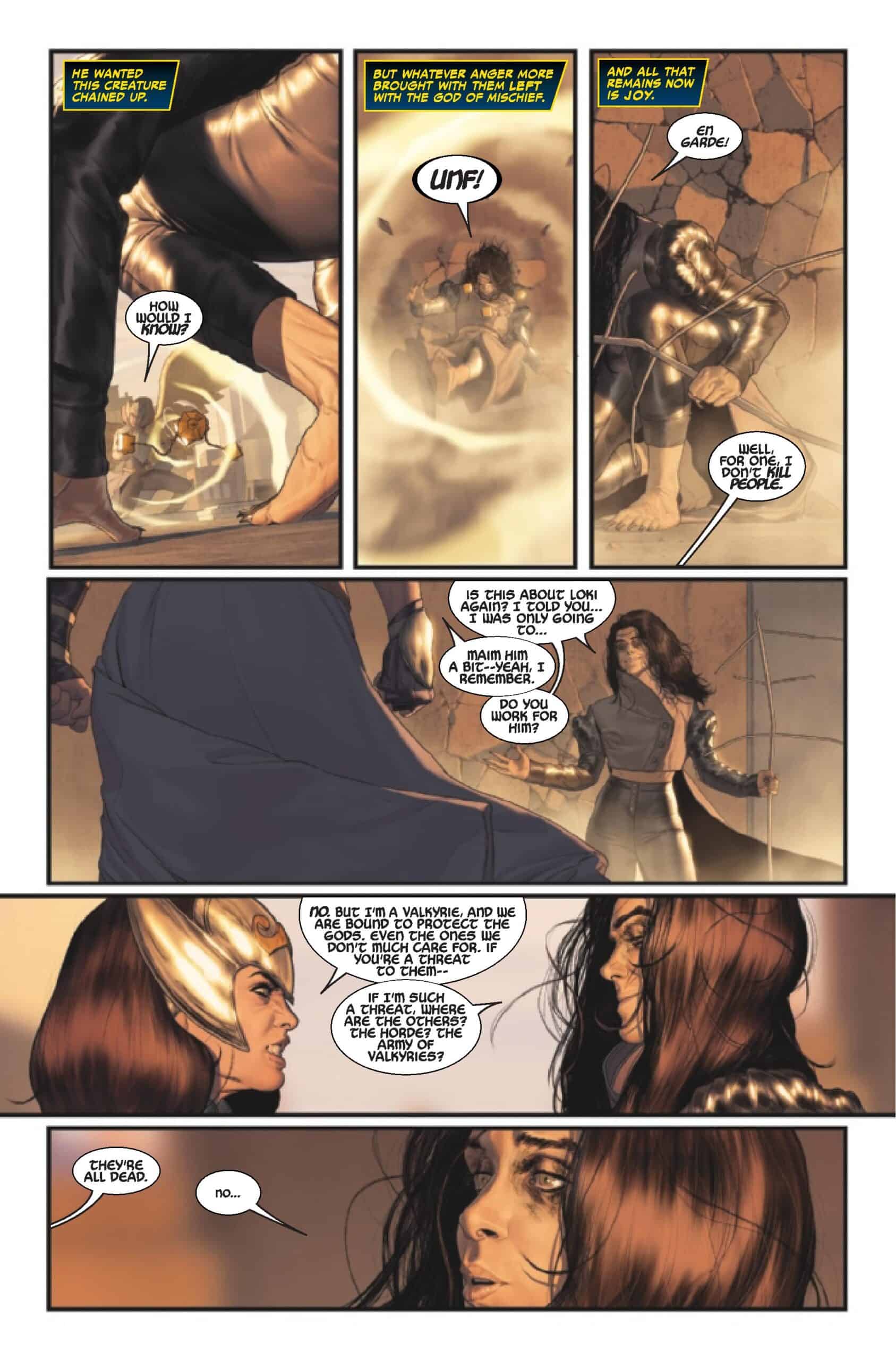 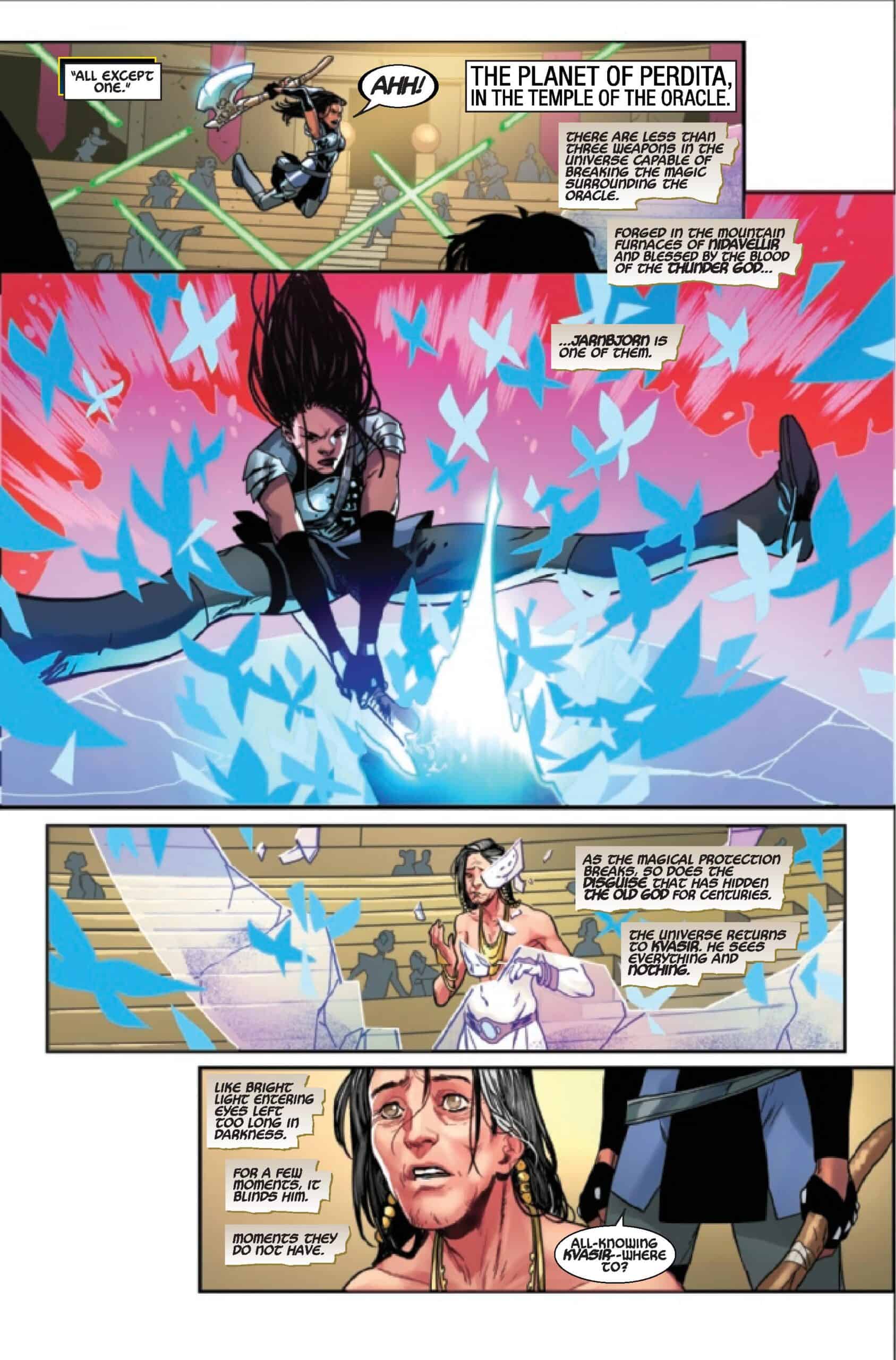 In stores and on your favorite digital  platforms Wednesday 19 May 2021!