Moon Knight #5 continues the story as the mysterious Mr. Knight opens the Midnight Mission, his people petitioning for protection from the weird and horrible by Moon Knight, who stalks the rooftops and alleys marked with his crescent moon tag, bringing violence to any who would harm his people. Marc Spector, in whichever guise he dons, is back on the streets, a renegade priest of the unworthy god Khonshu, who languishes in the prison that Moon Knight has put him in,  leaving the white-cowled hero still to observe his duty: protecting those who travel at night. And let it be known – Moon Knight will keep the faith.

Check out the exclusive preview below and check out our latest review of the series. 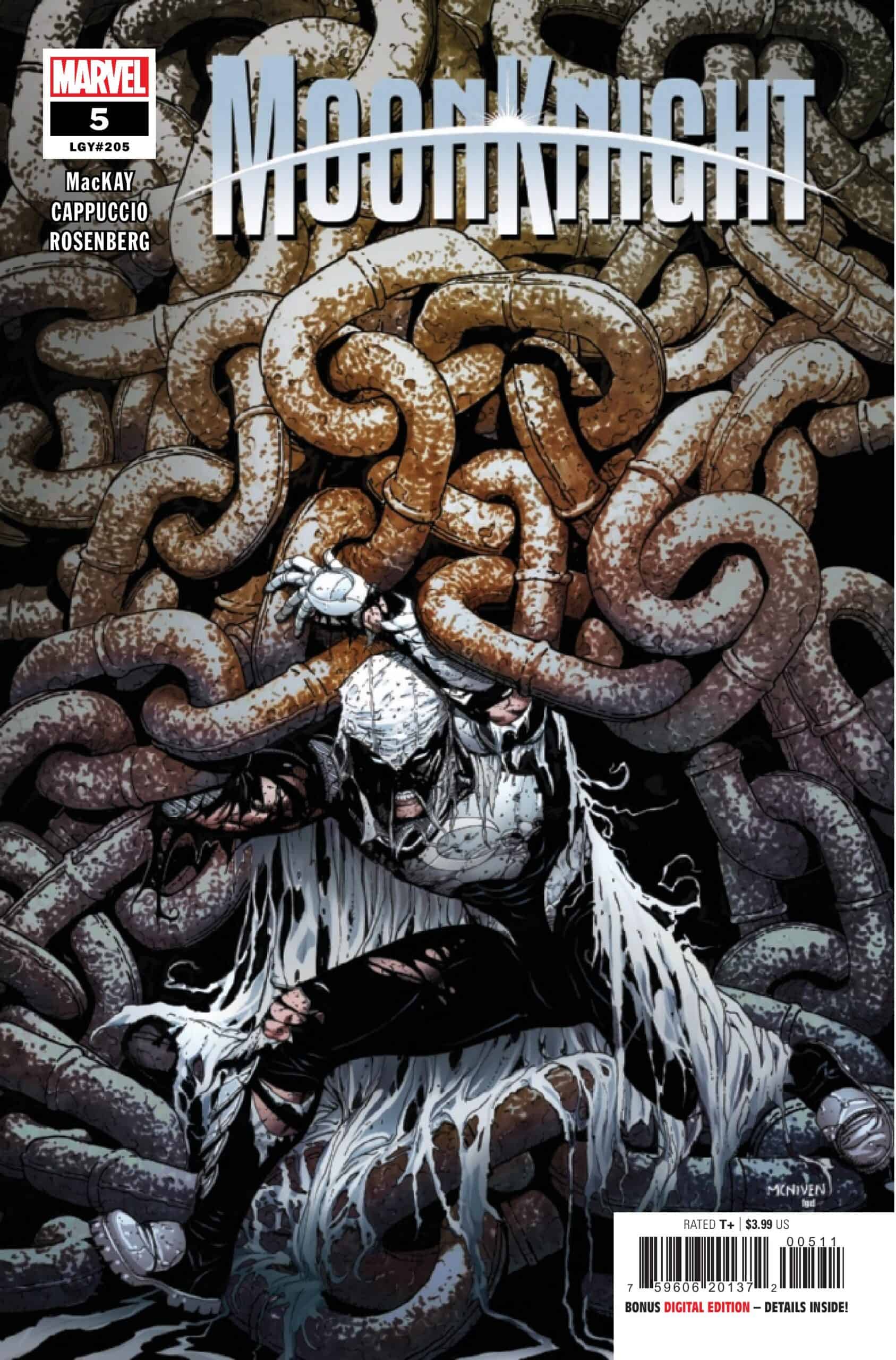 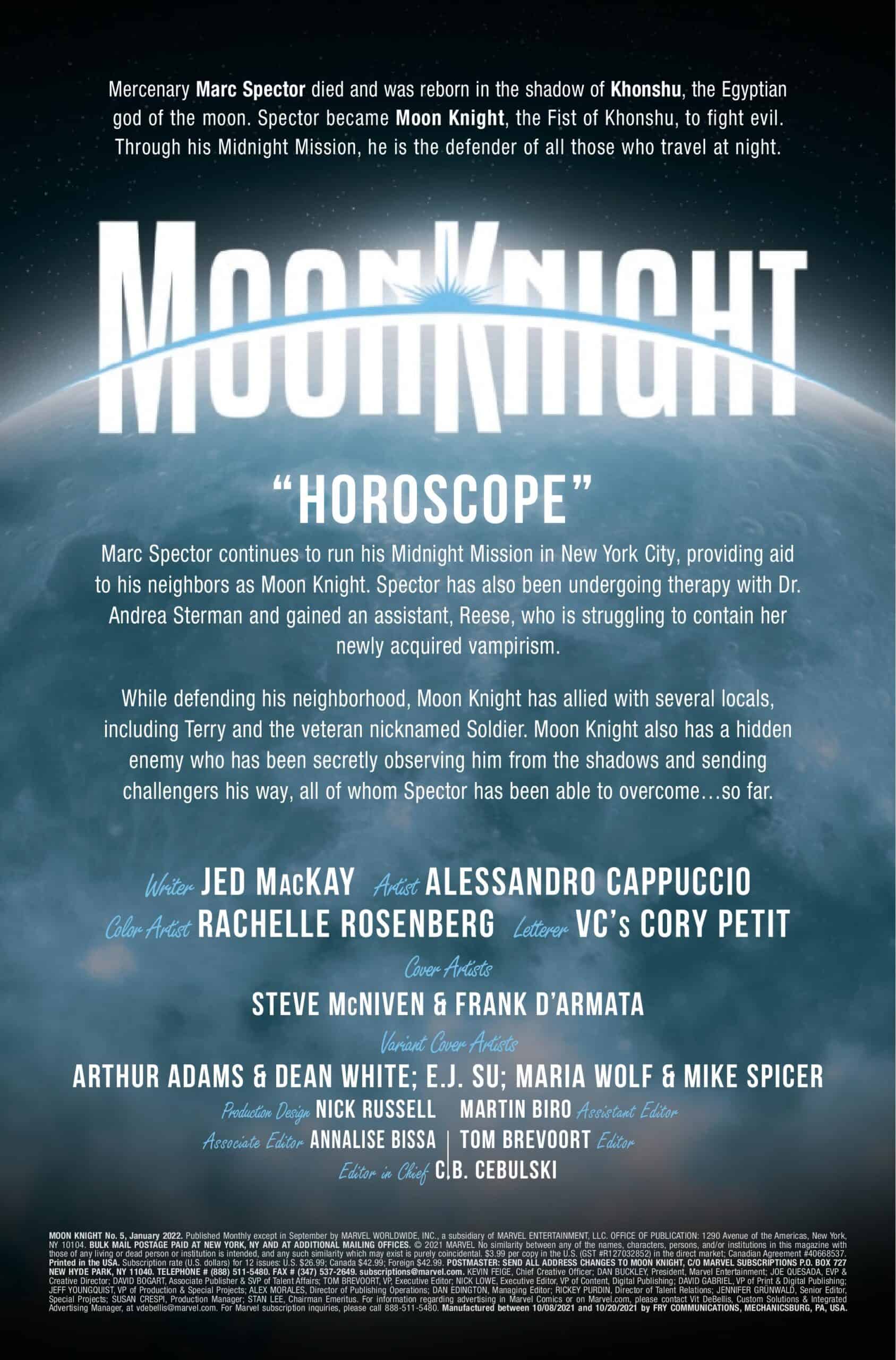 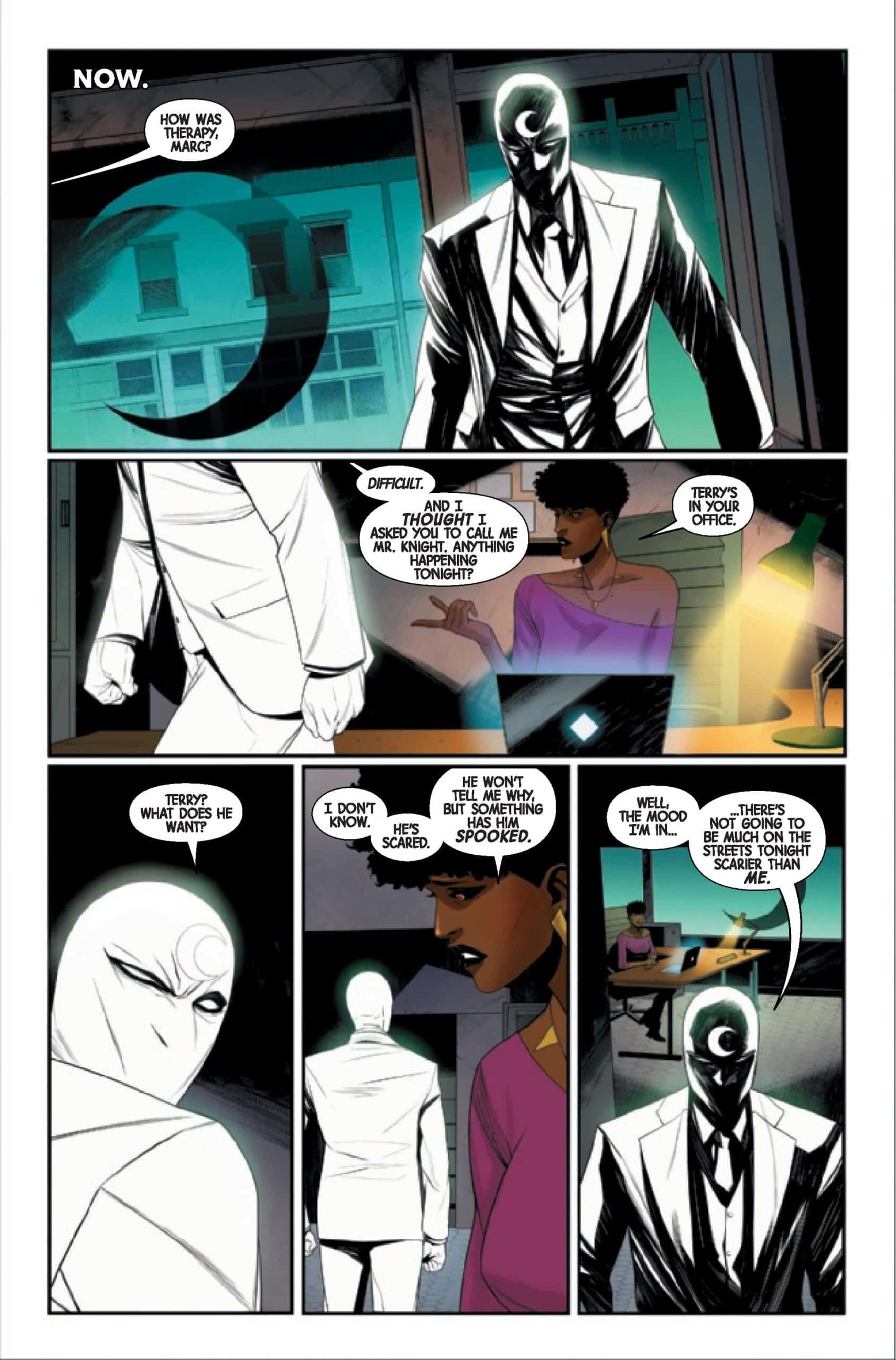 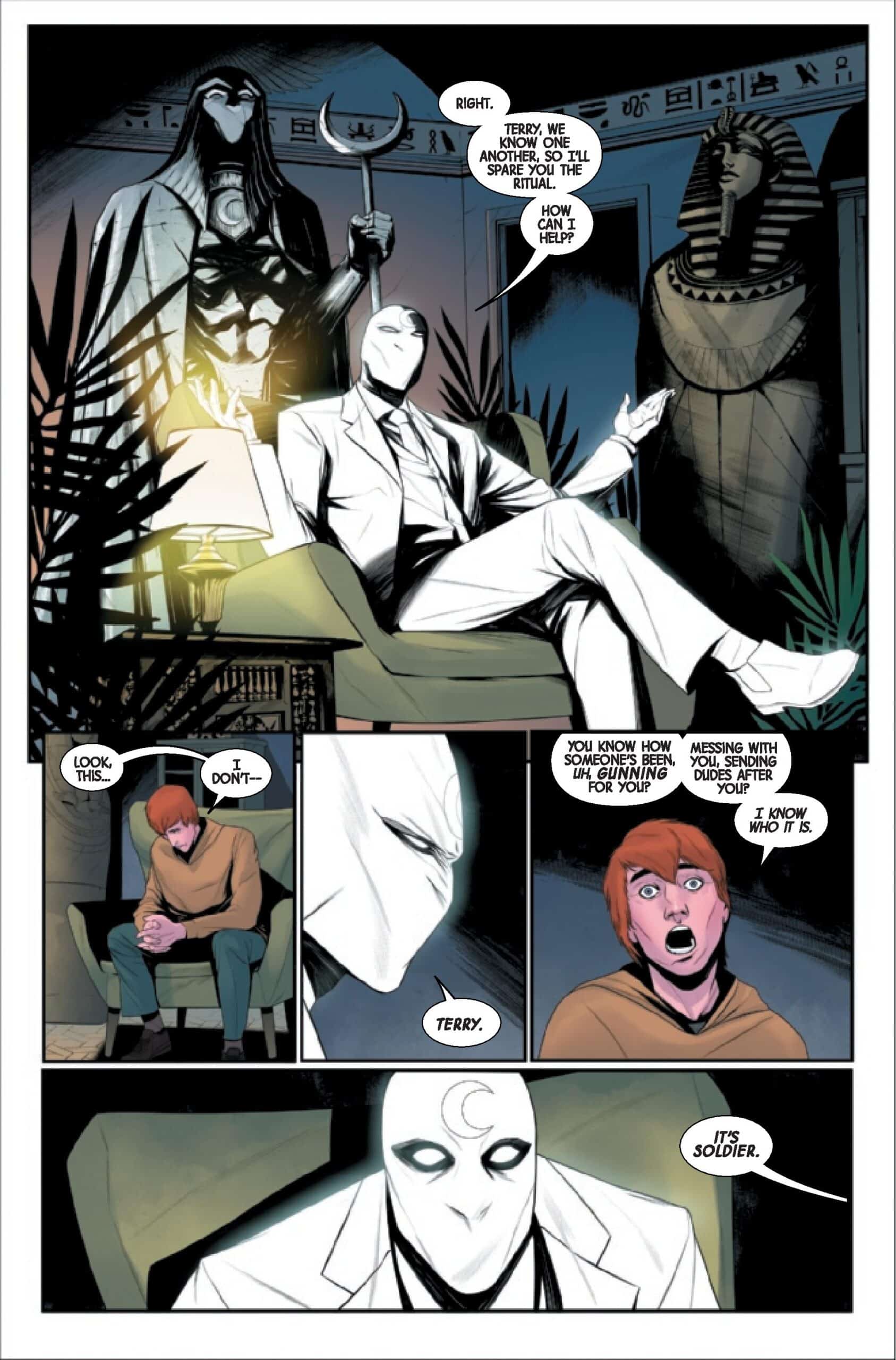 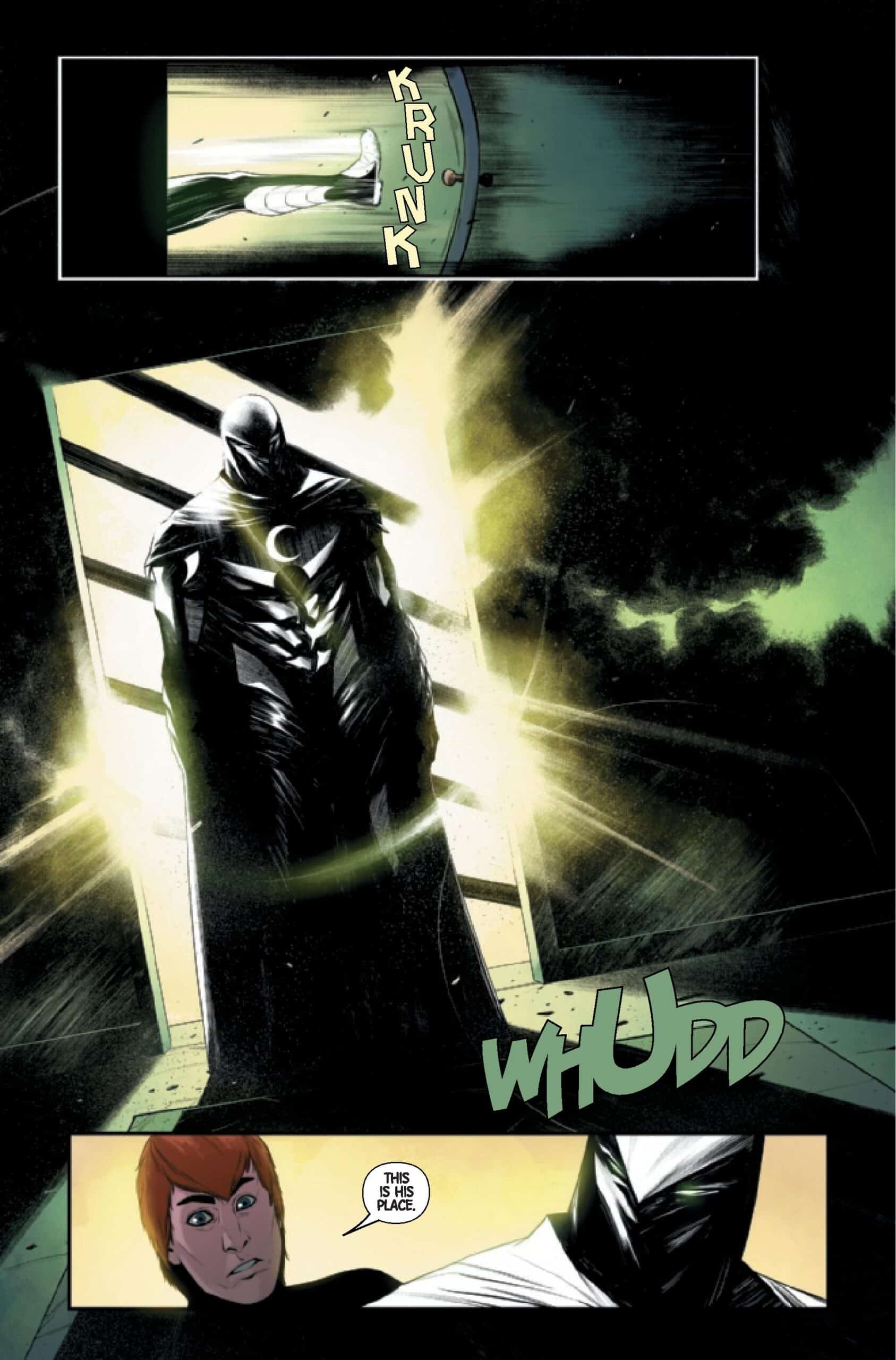 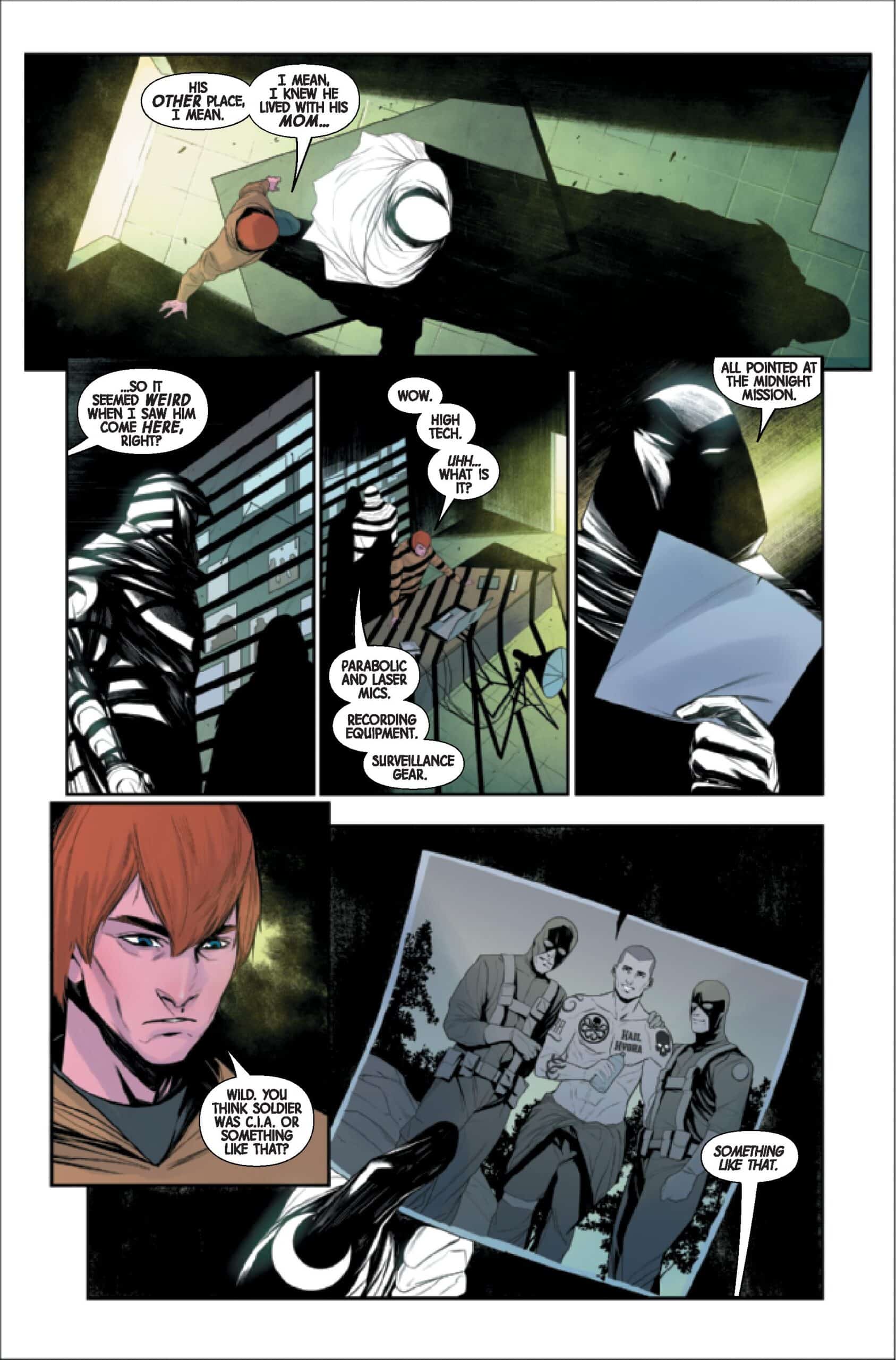 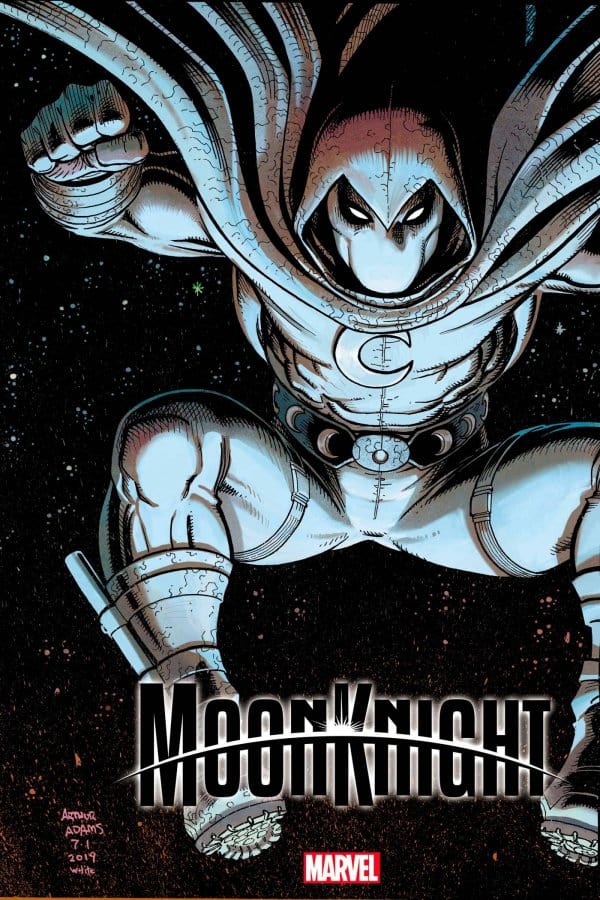 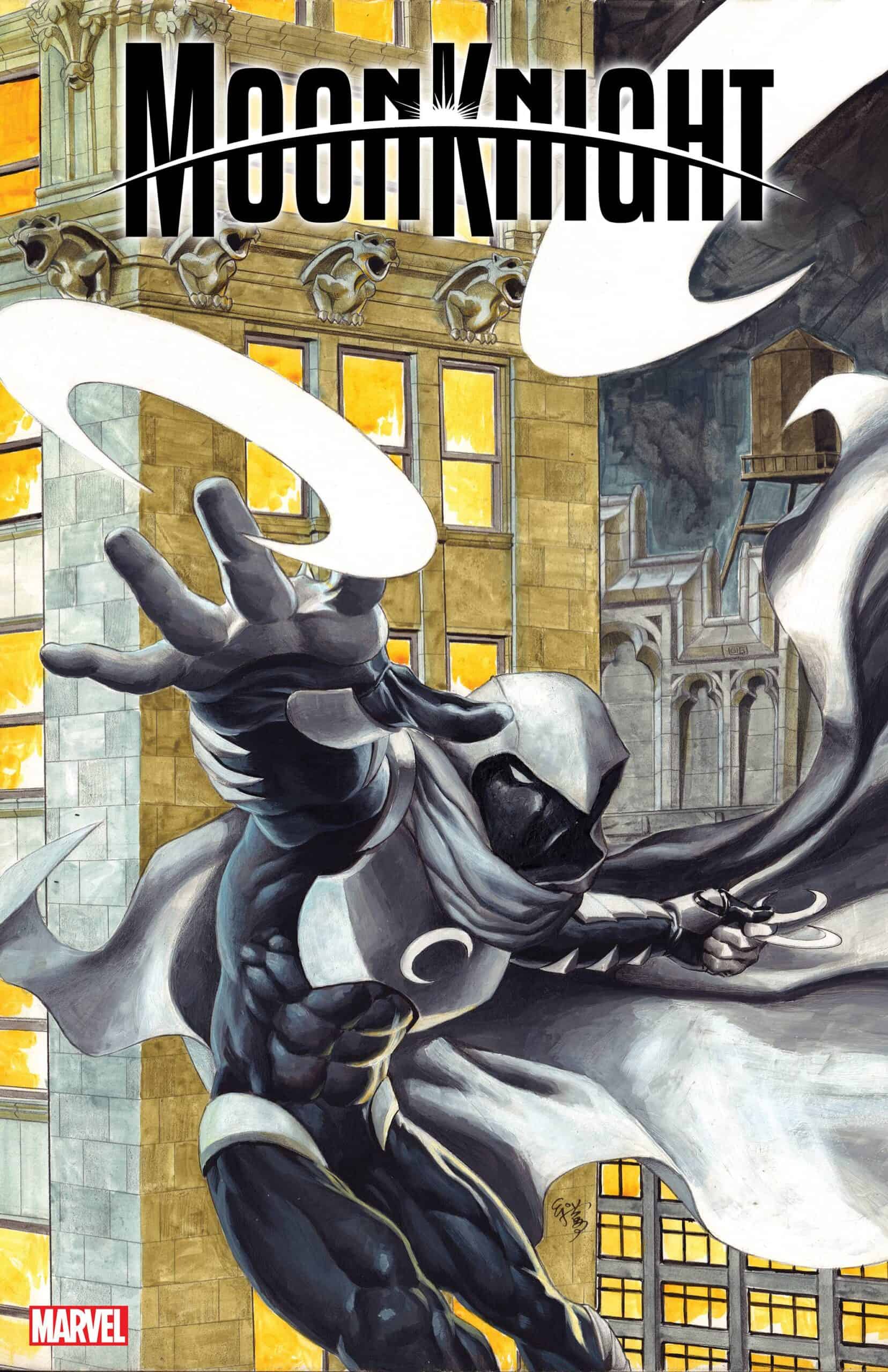 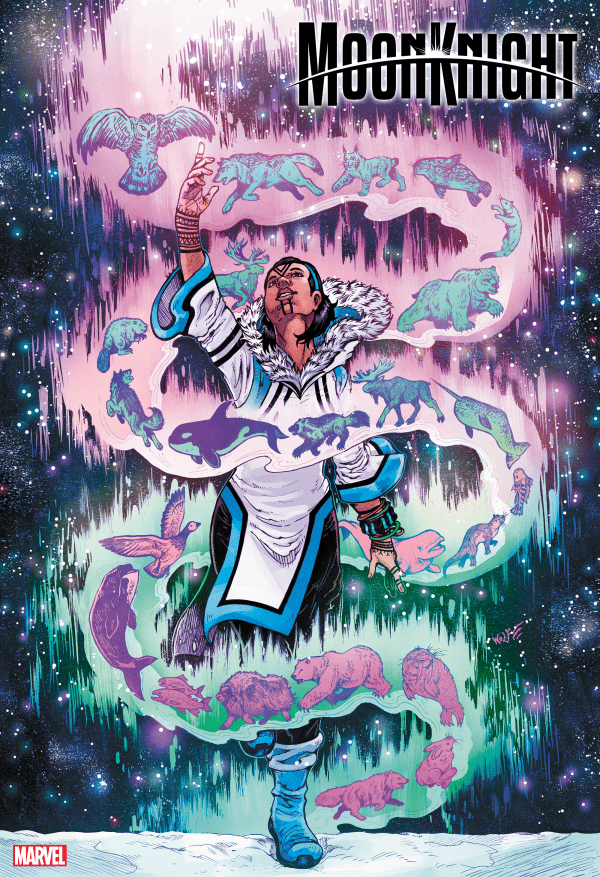 Moon Knight’s hidden enemy is revealed—but revealed is not the same as caught, and he soon finds masks beneath masks as he hunts his way after his new nemesis. At the same time, Dr. Andrea Sterman pierces Moon Knight’s own mask and, for the first time, gets some honest answers.

Moon Knight’s hidden enemy is revealed in Moon Knight #5 in stores and digital platforms on November 17, 2021, from Marvel Comics.