Kang the Conqueror gets an origin story in Issue #1 of this new series from  Jackson Lanzing and Collin Kelly with art by Carlos Magno, colors by Espen Grundetjern, and letters by VC’s Joe Caramagna starting 18 August!

“Issue one is Kang’s proper origin,” explained Kelly in an exclusive interview with Nerdist, “and issues two through five are Kang’s life story. We are hoping to, by the end of issue five, take you through the entirety of King’s life. So that any Kang story that you have read over the course of the last several decades, you can look at it and see where it fits inside the secret history of Kang the Conqueror, and the personal story he’s been through.”

Here is the Solicit and first lettered preview of KANG THE CONQUERER #1 :

THE ORIGIN OF KANG!
The man called Kang the Conqueror has been a pharaoh, a villain, a warlord of the space ways and even, on rare occasions, a hero. Across all timelines, one fact seemed absolute: Time means nothing to Kang the Conqueror.
But the truth is more complex. Kang is caught in an endless cycle of creation and destruction dictated by time and previously unseen by any but the Conqueror himself. A cycle that could finally explain the enigma that is Kang. And a cycle that begins and ends with an old and broken Kang sending his younger self down a dark path… 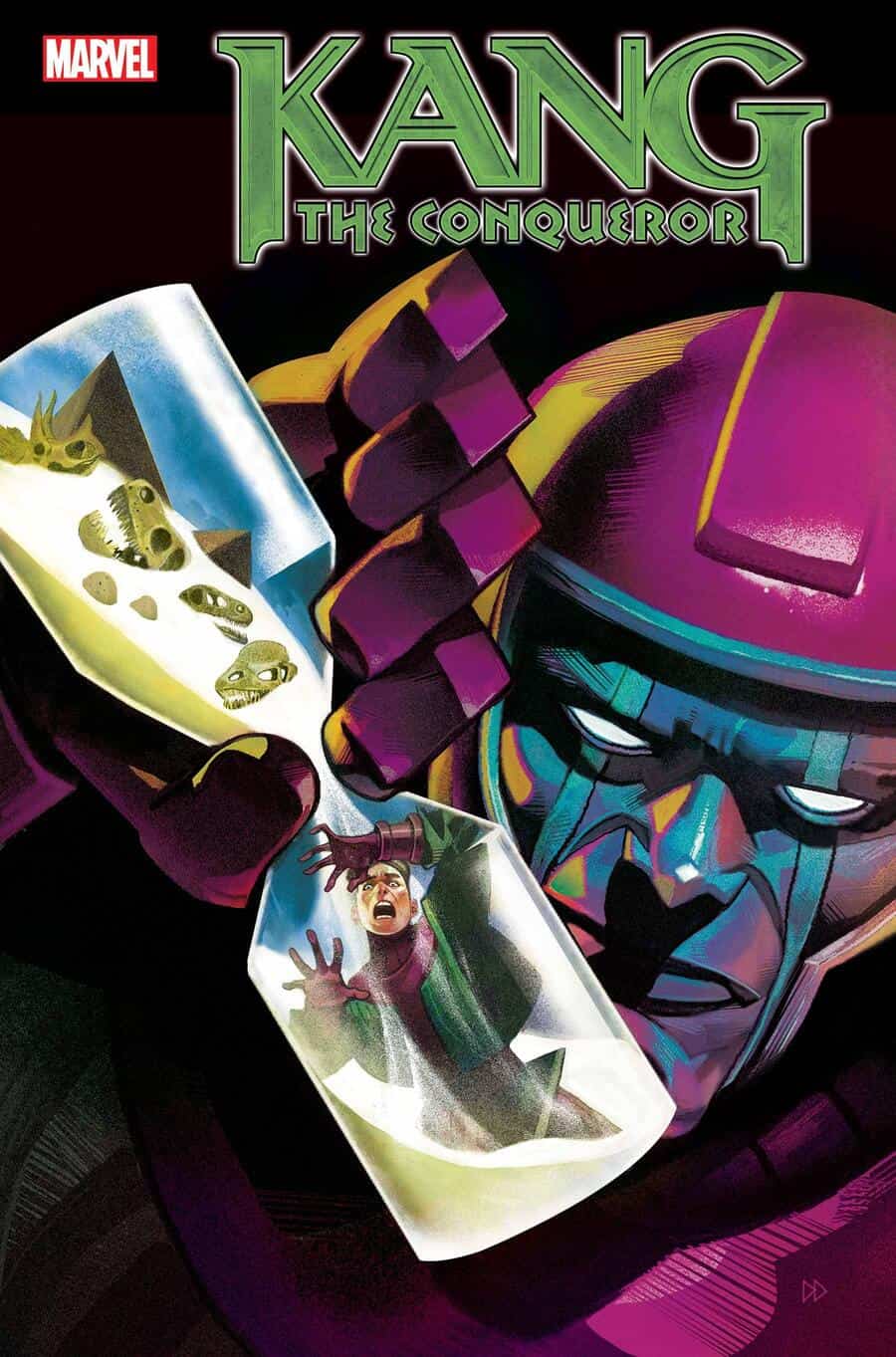 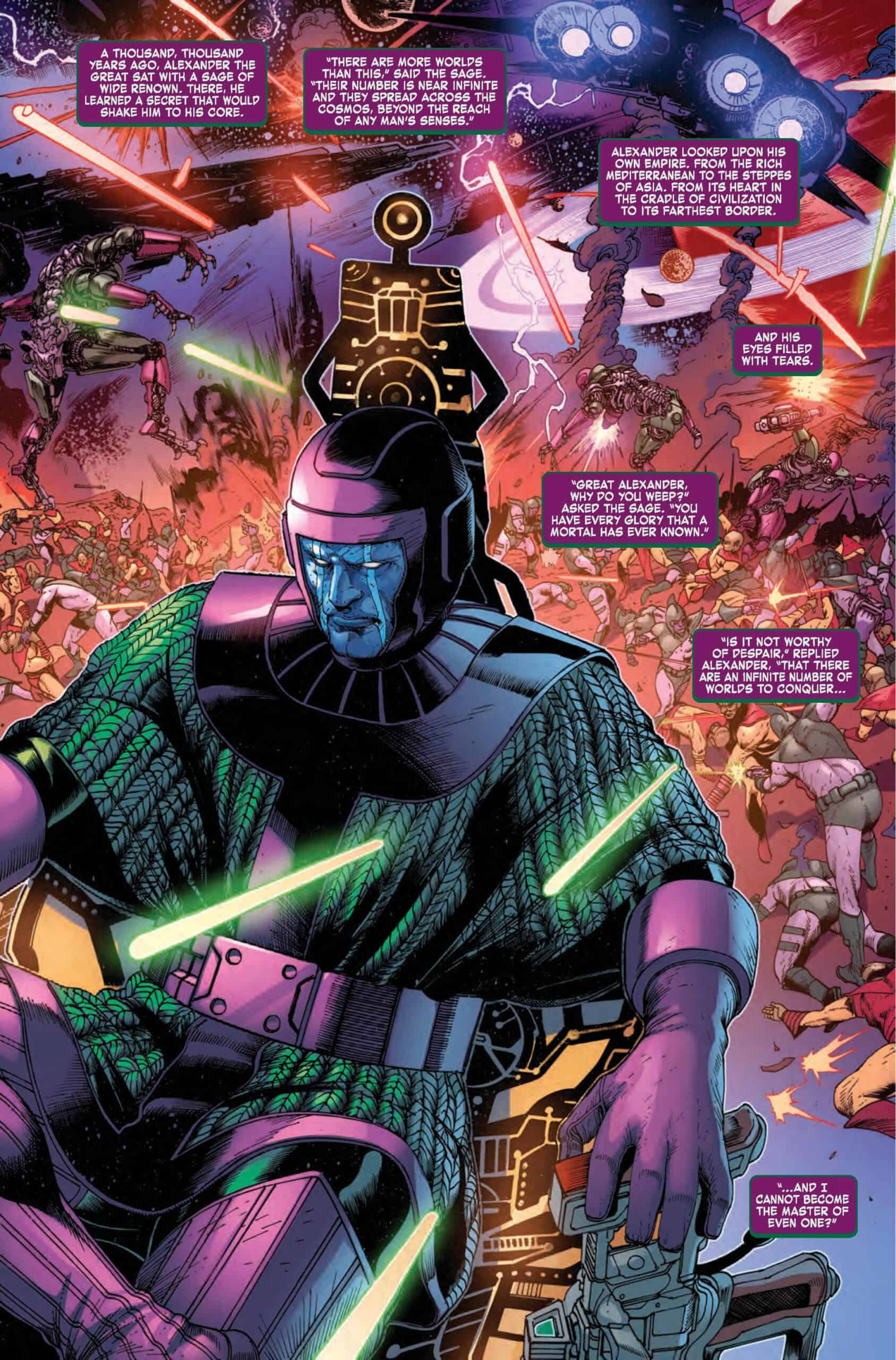 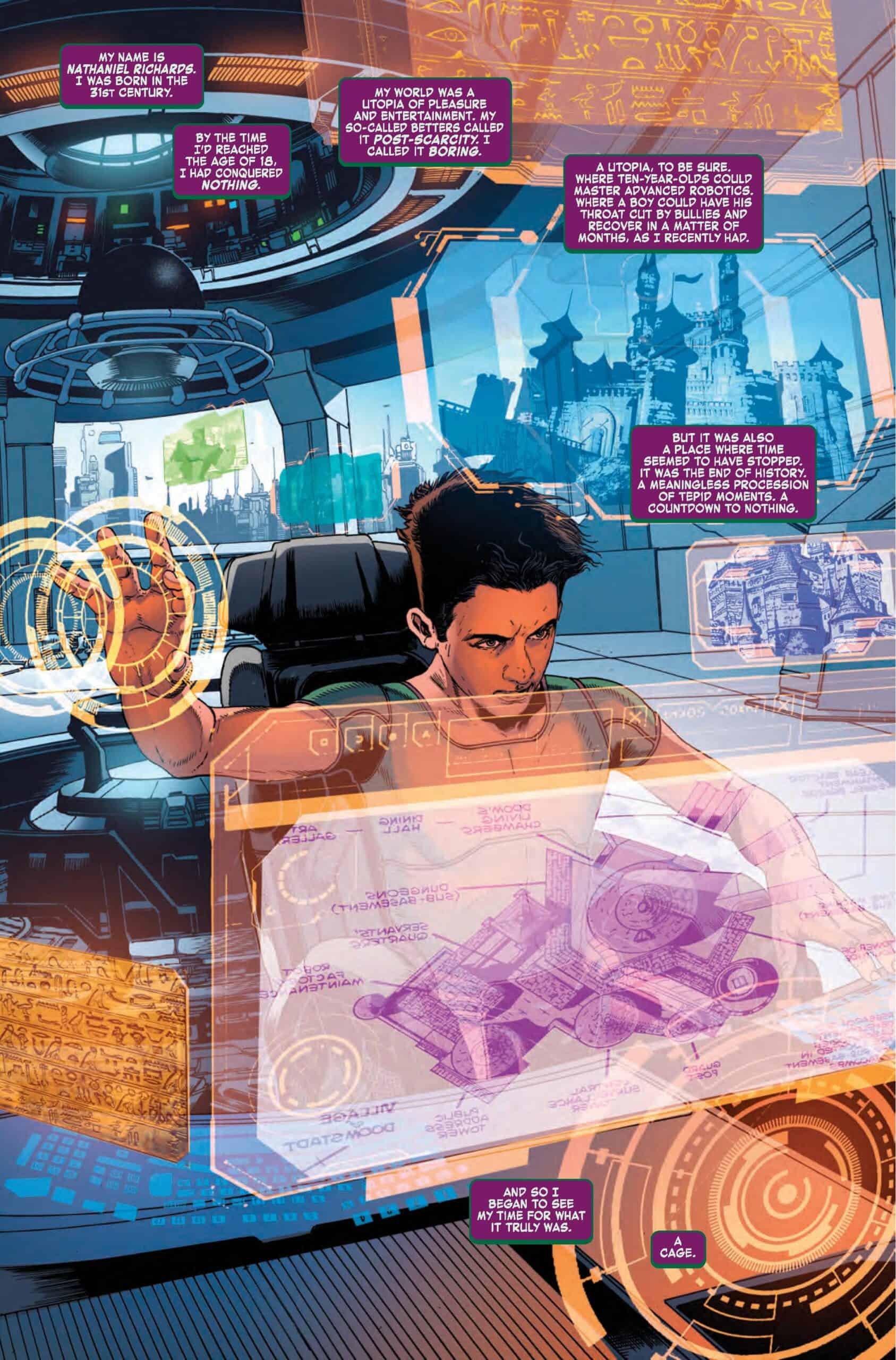 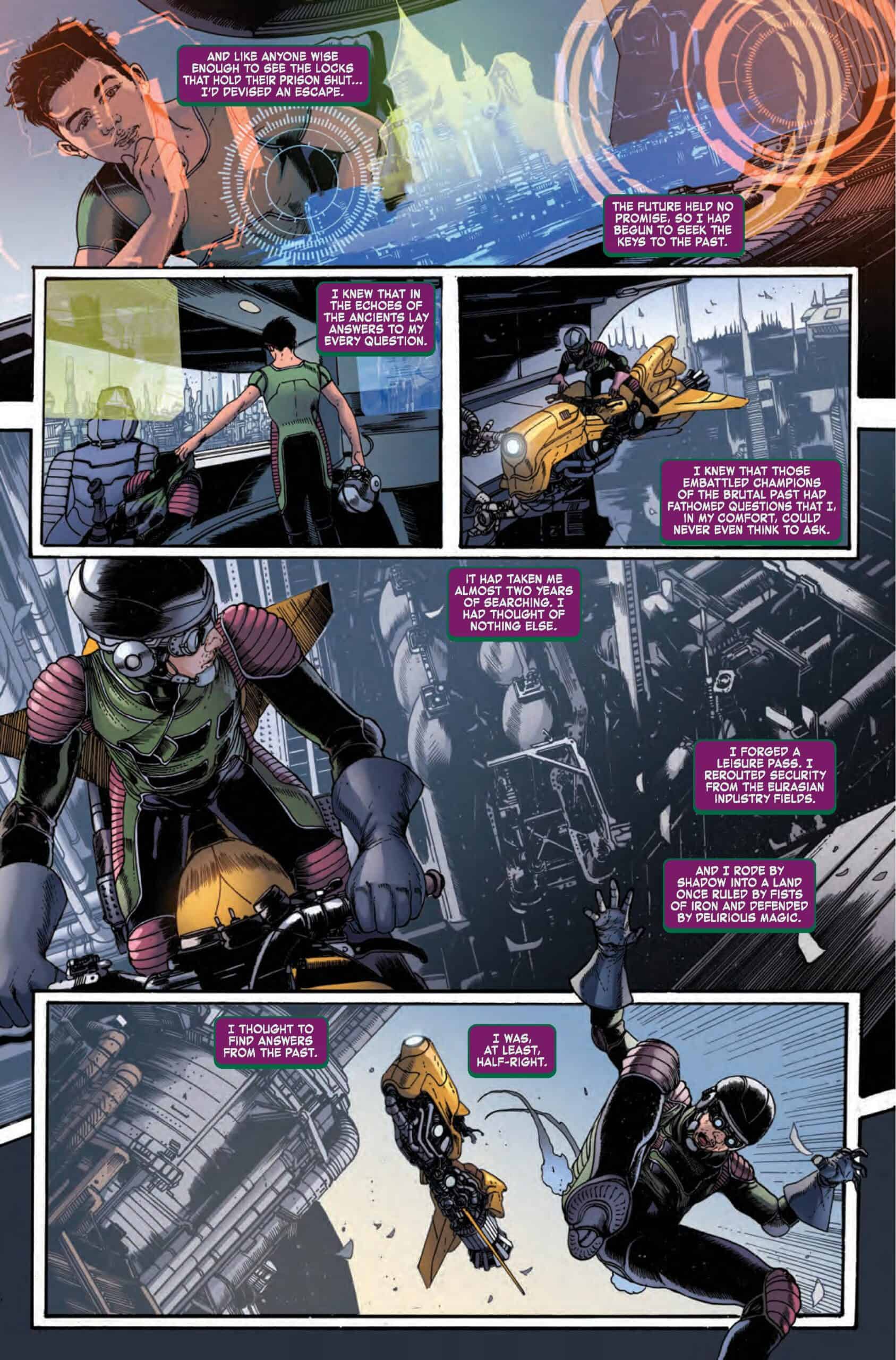 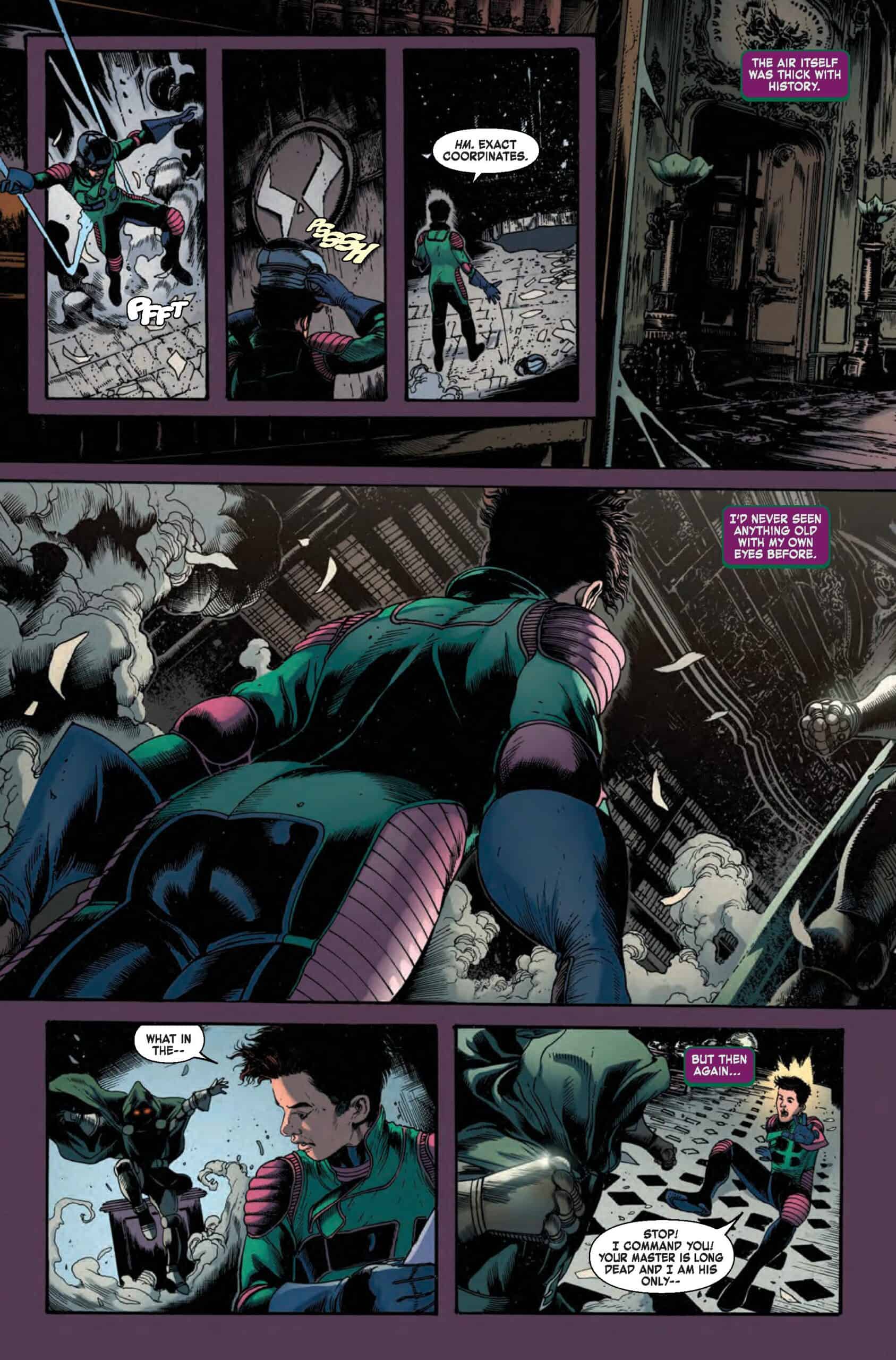 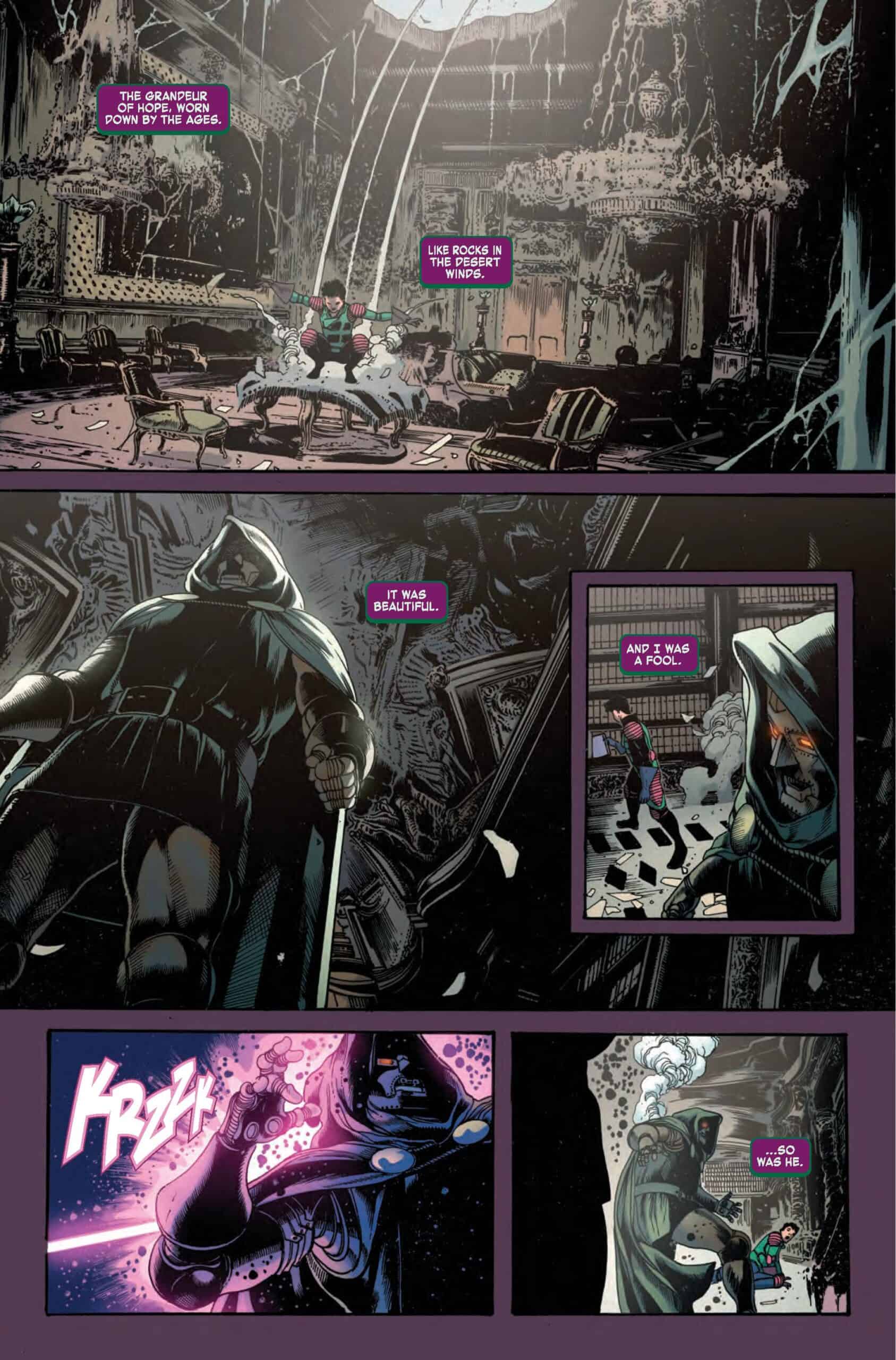 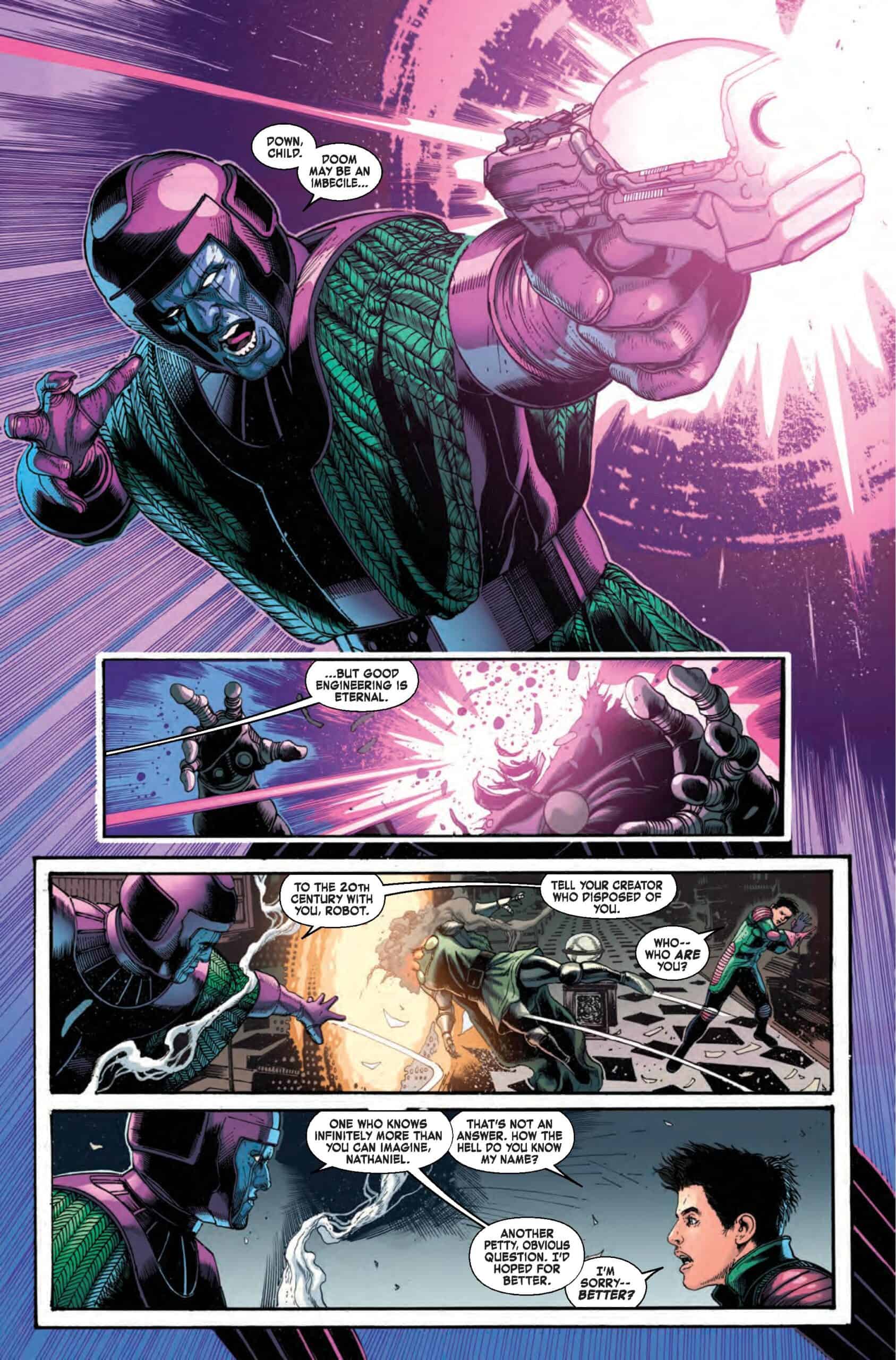