Ready for another week of Marvel’s HEROES REBORN event? We are back with another giant sized preview for all of the Heroes Reborn titles releasing on June 2nd!

When there’s a riot at the Ravencroft Asylum, Nighthawk must descend alone into a realm of madness, surrounded by the most deranged members of his notorious rogues’ gallery, including his archenemy, the maniacal Goblin.
40 PGS./Rated T+ 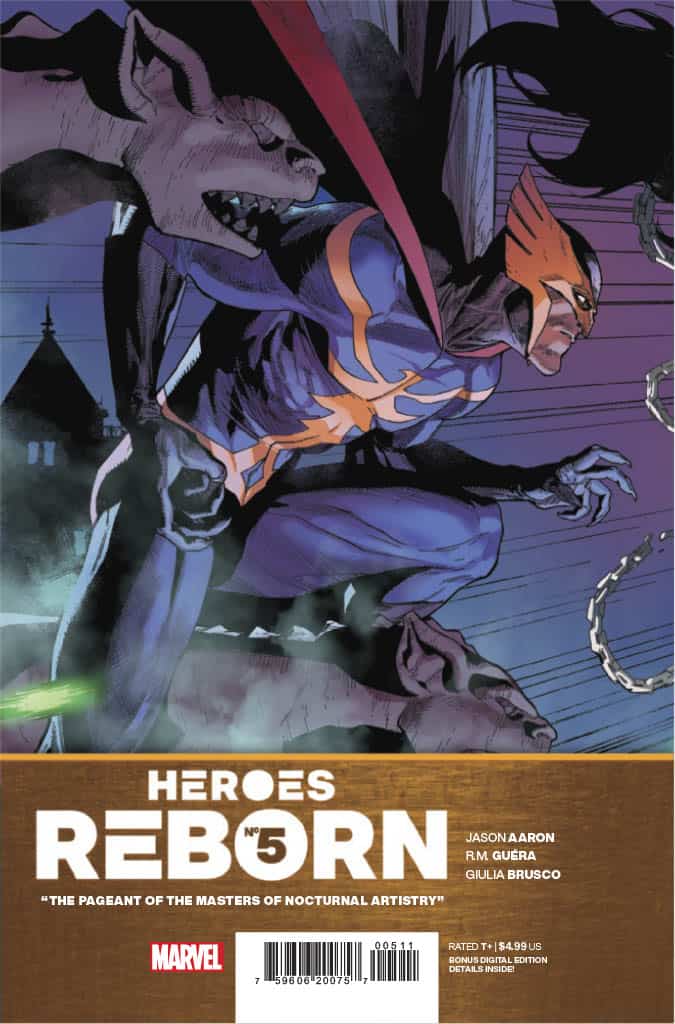 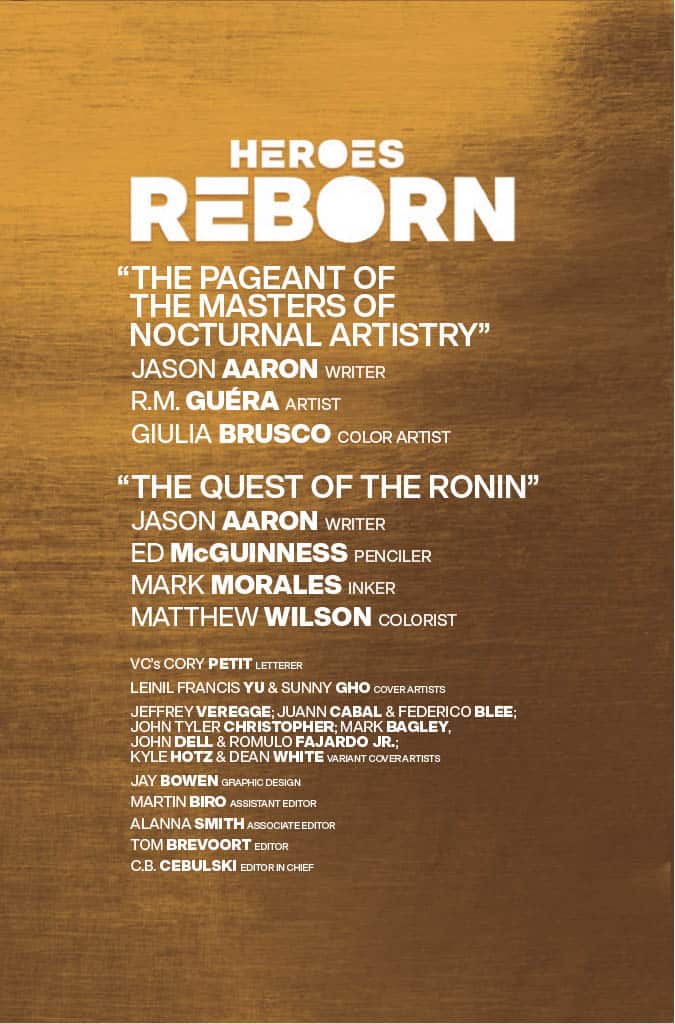 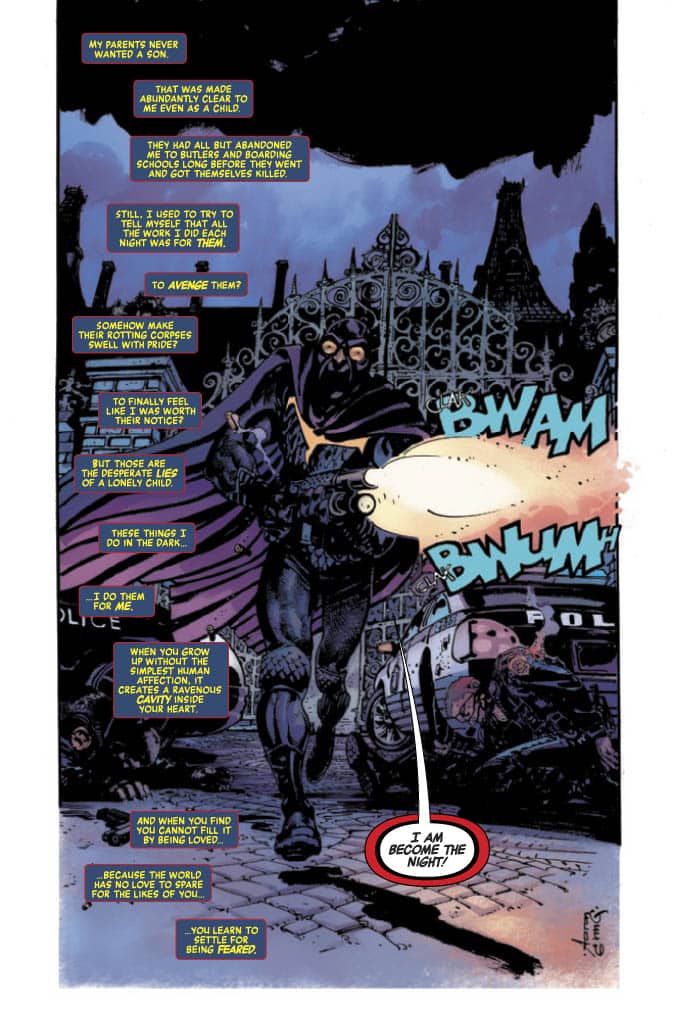 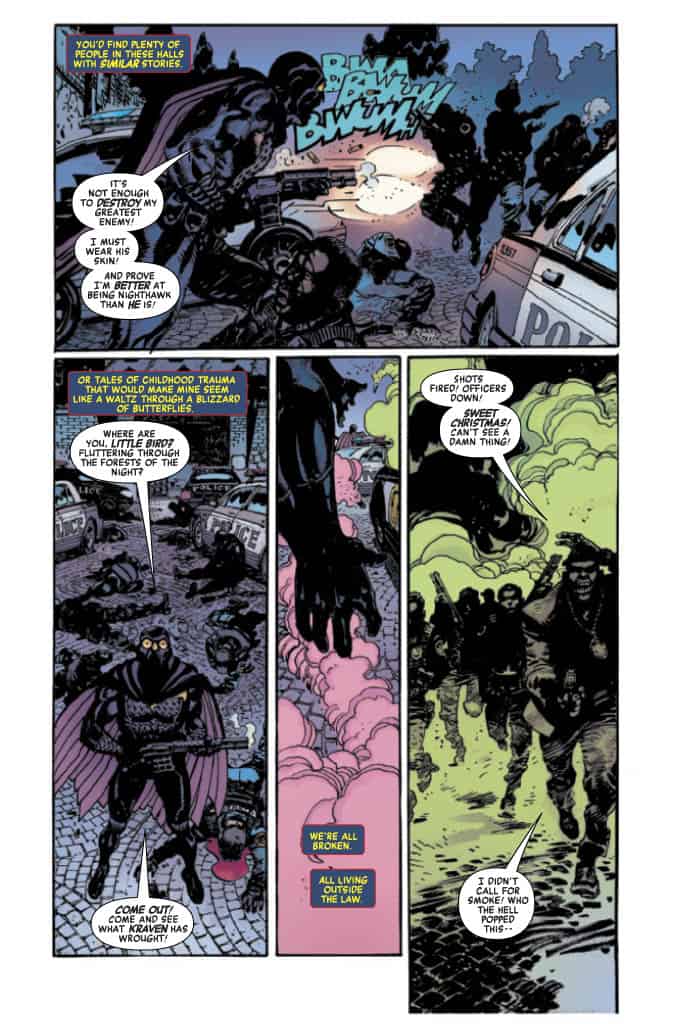 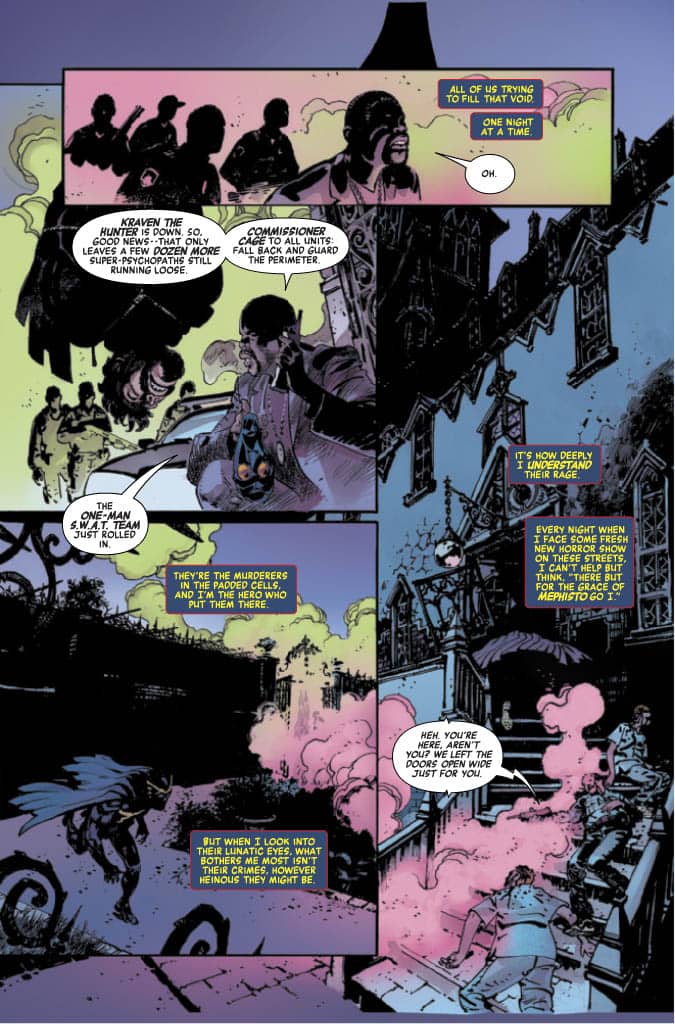 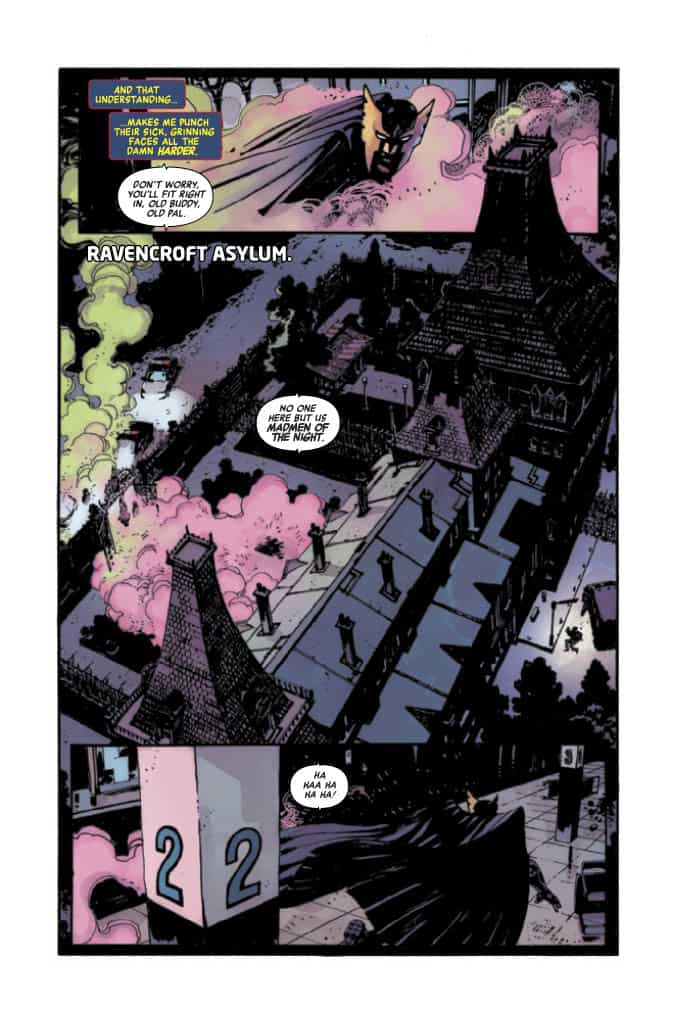 An epic, oversize slugfest between the Squadron Supreme and an otherworldly group of Avengers for the final fate of the whacked-out world of HEROES REBORN. 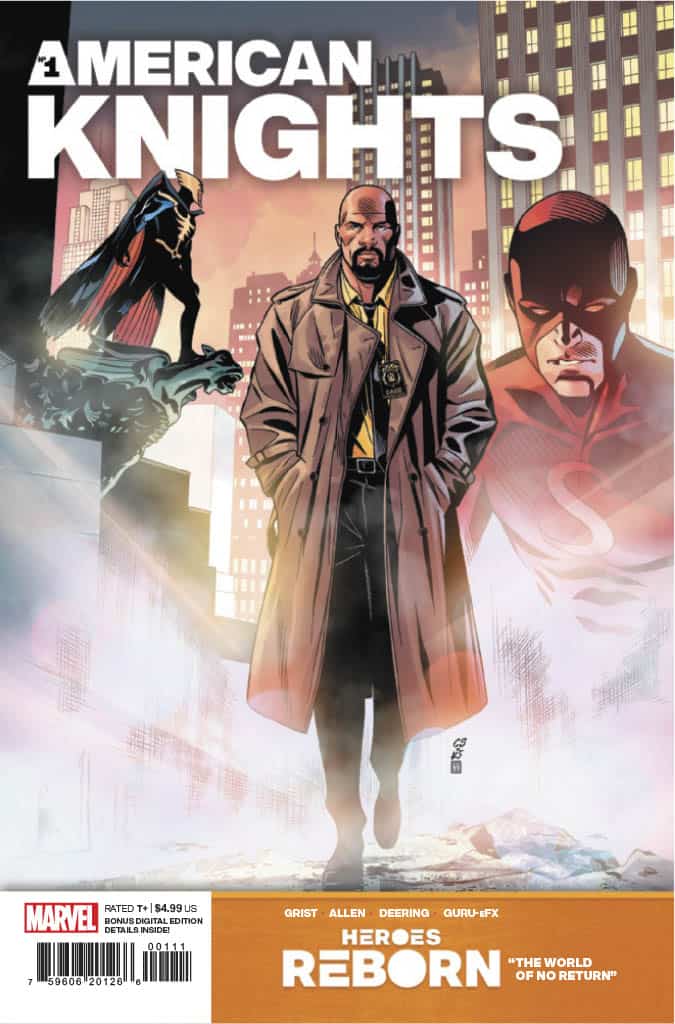 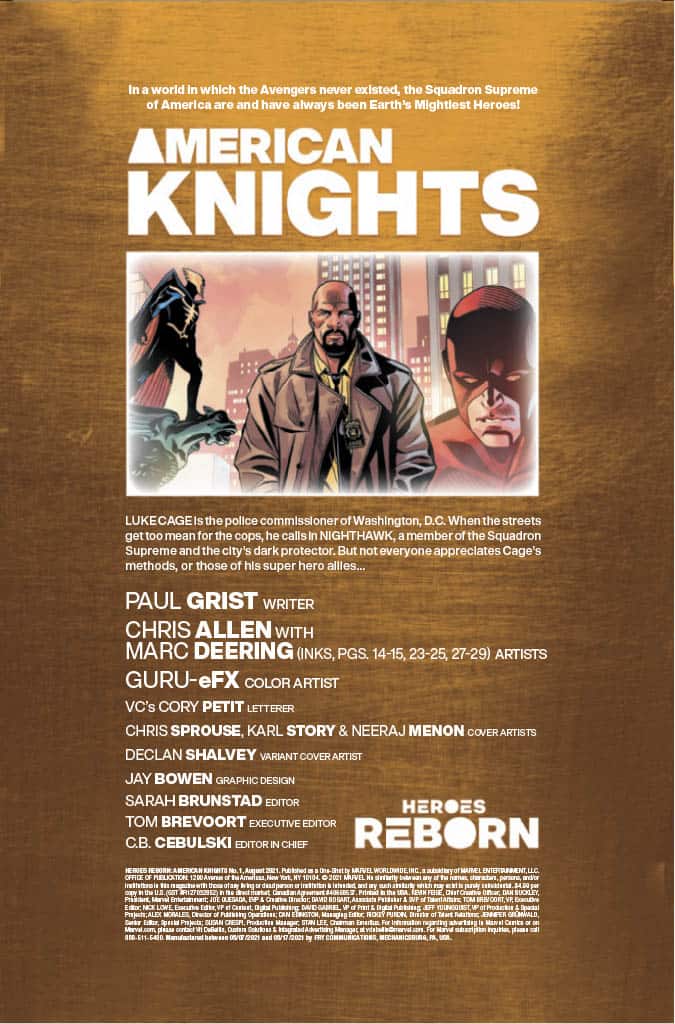 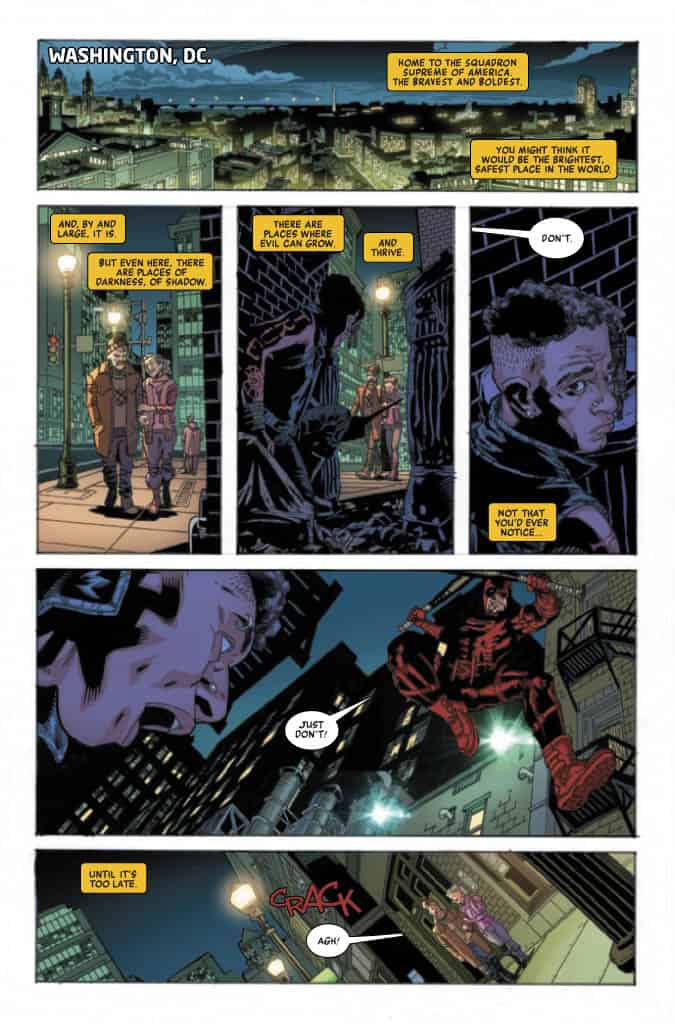 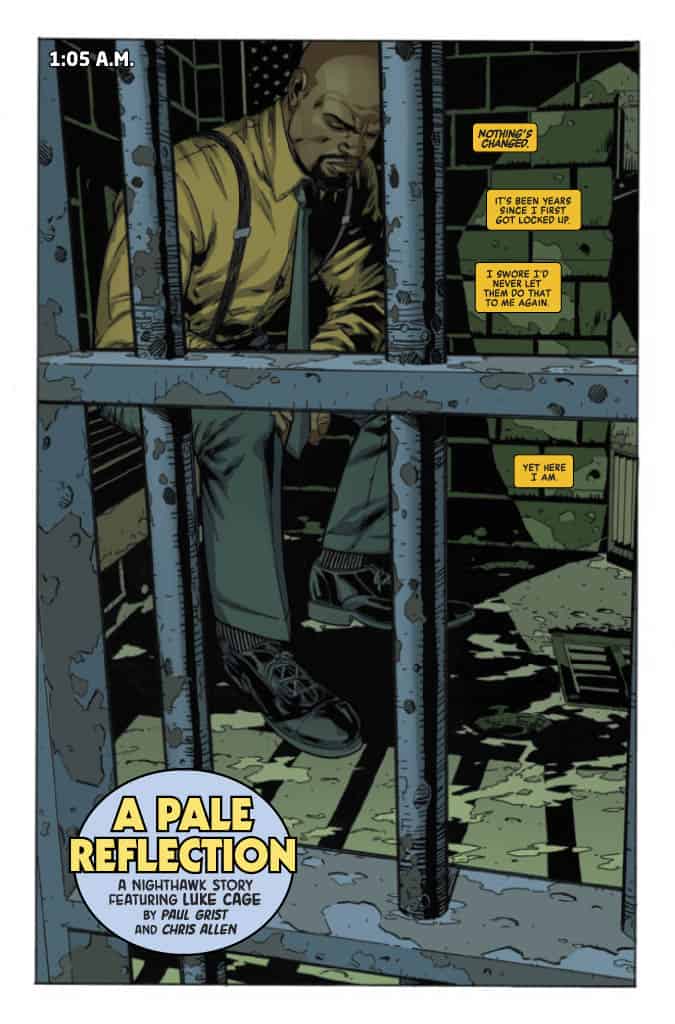 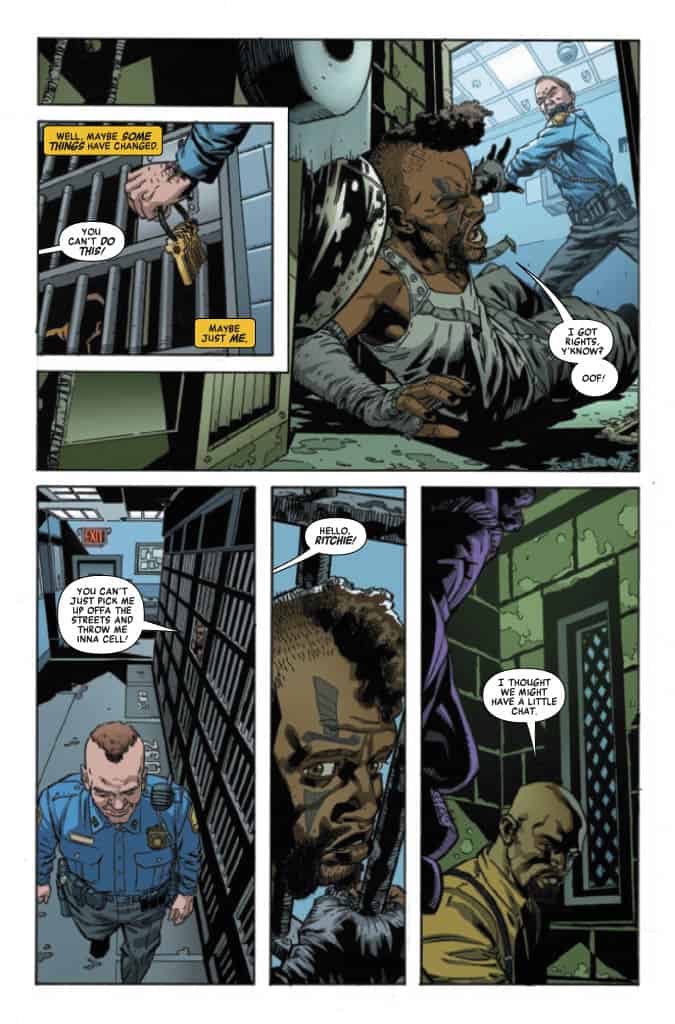 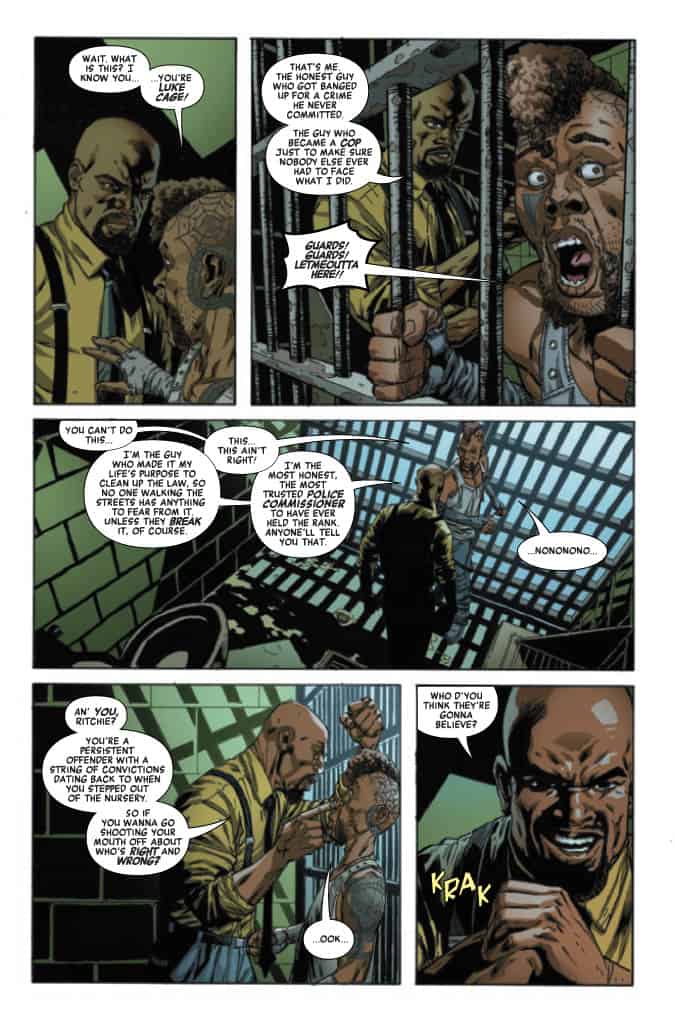 A TALE FROM THE SQUADRON’S PAST! Years ago, Nighthawk and his trusted partner, the Falcon, patrolled the streets of Washington, DC, from the vile criminals that lurked in the dark. But that all changed one fateful night…  Re-presenting for the first time ever: the Night Sam Wilson Died! 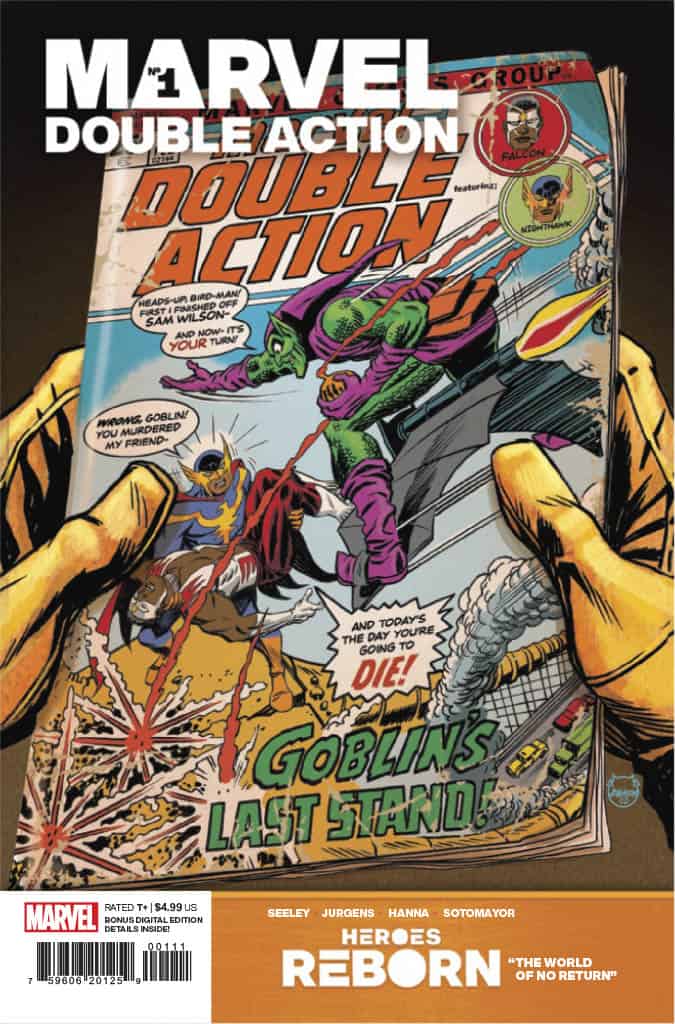 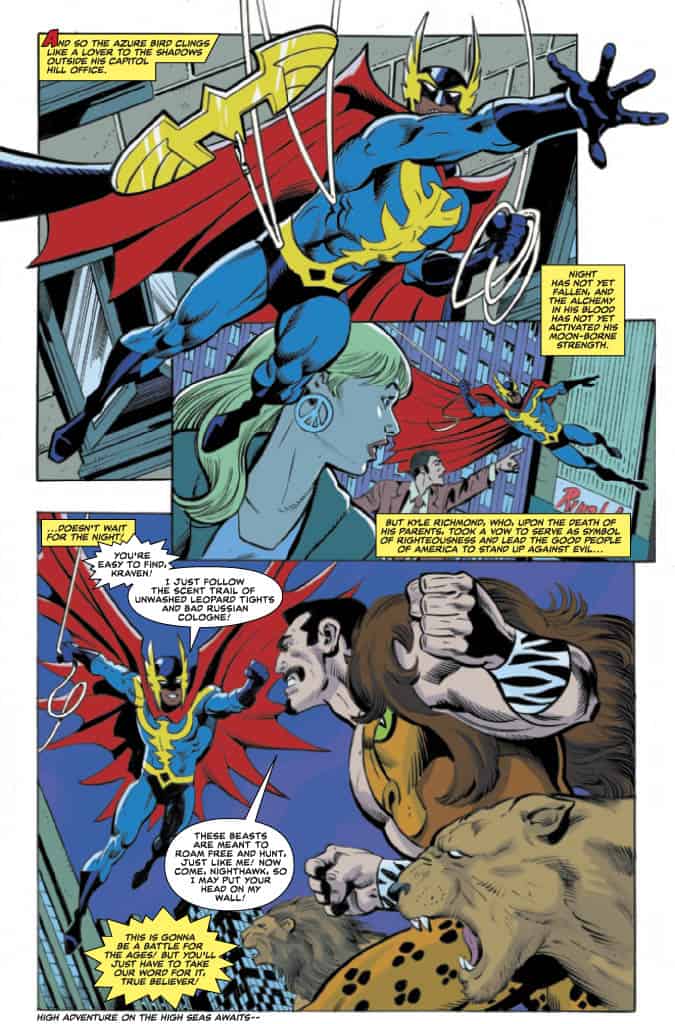 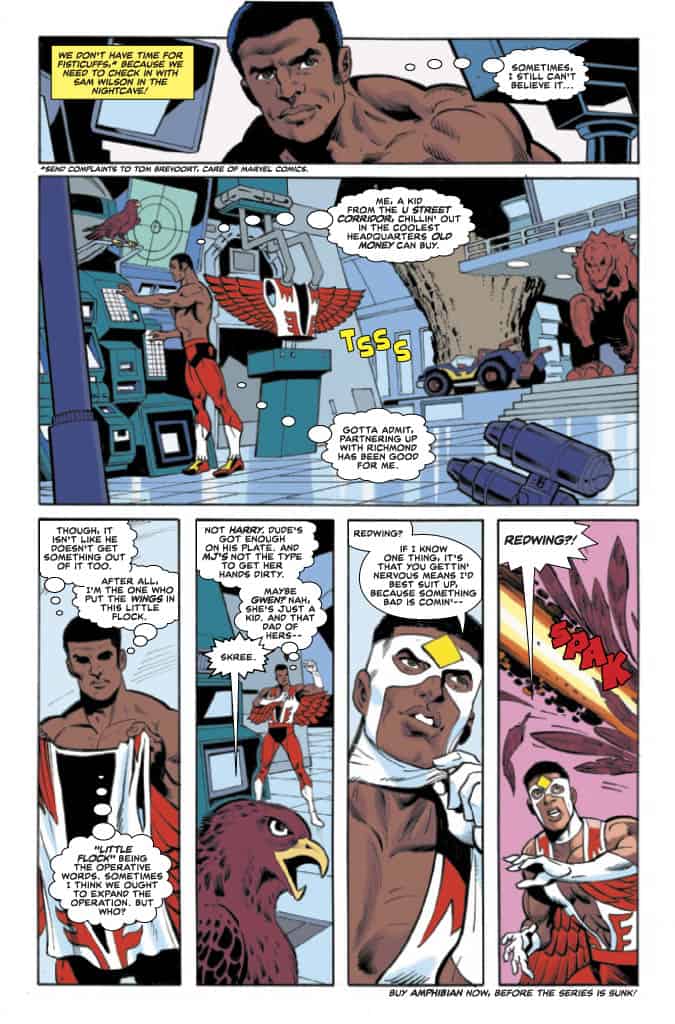 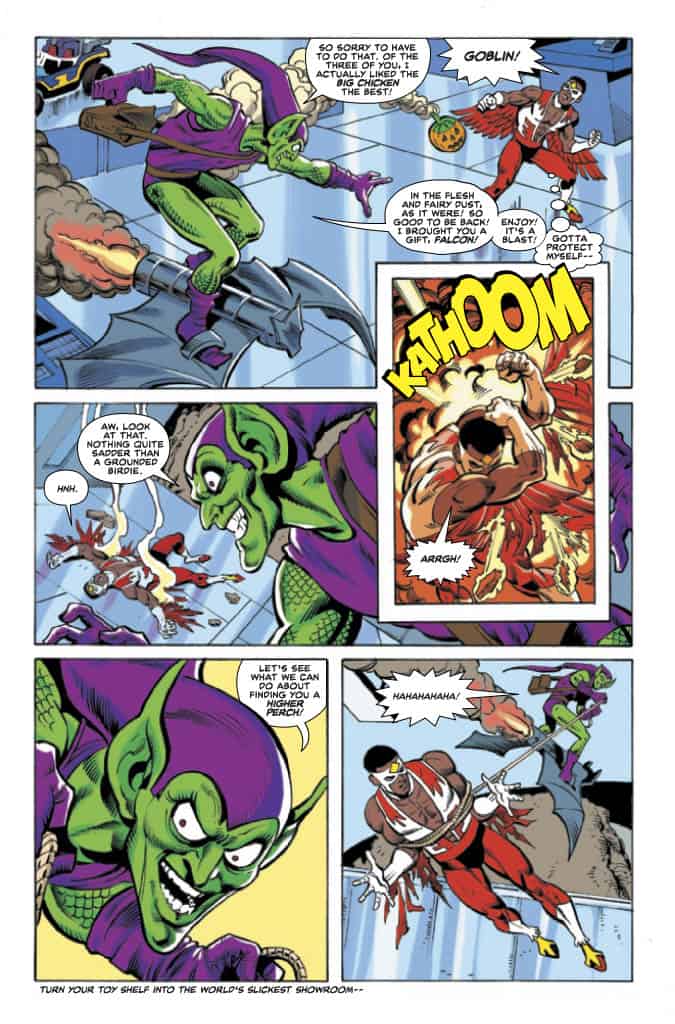