Next week the HELLFIRE GALA is upon us! The guests are arriving and with them all the drama that only a mutant gathering of so many powerful and dangerous forces could bring…

Here are the lettered and unlettered pages revealed so far for MARAUDERS #21 , X-FORCE, HELLIONS #12  in case you missed them as well as a look forward to further down the road with a first look at WOLVERINE #13 and S.W.O.R.D #6

WELCOME TO THE HELLFIRE GALA!
The Hellfire Trading Company has put together the biggest event of the season – the very first HELLFIRE GALA! Everyone will be there – all your favorite mutants, their closest allies…even their worst enemies – for a night of dinner, drinks, diplomacy and deceit. Fireworks to follow. Plus: From the archives, a classic X-Men tale with our very first look at a Hellfire Gala by Chris Claremont and John Bolton! 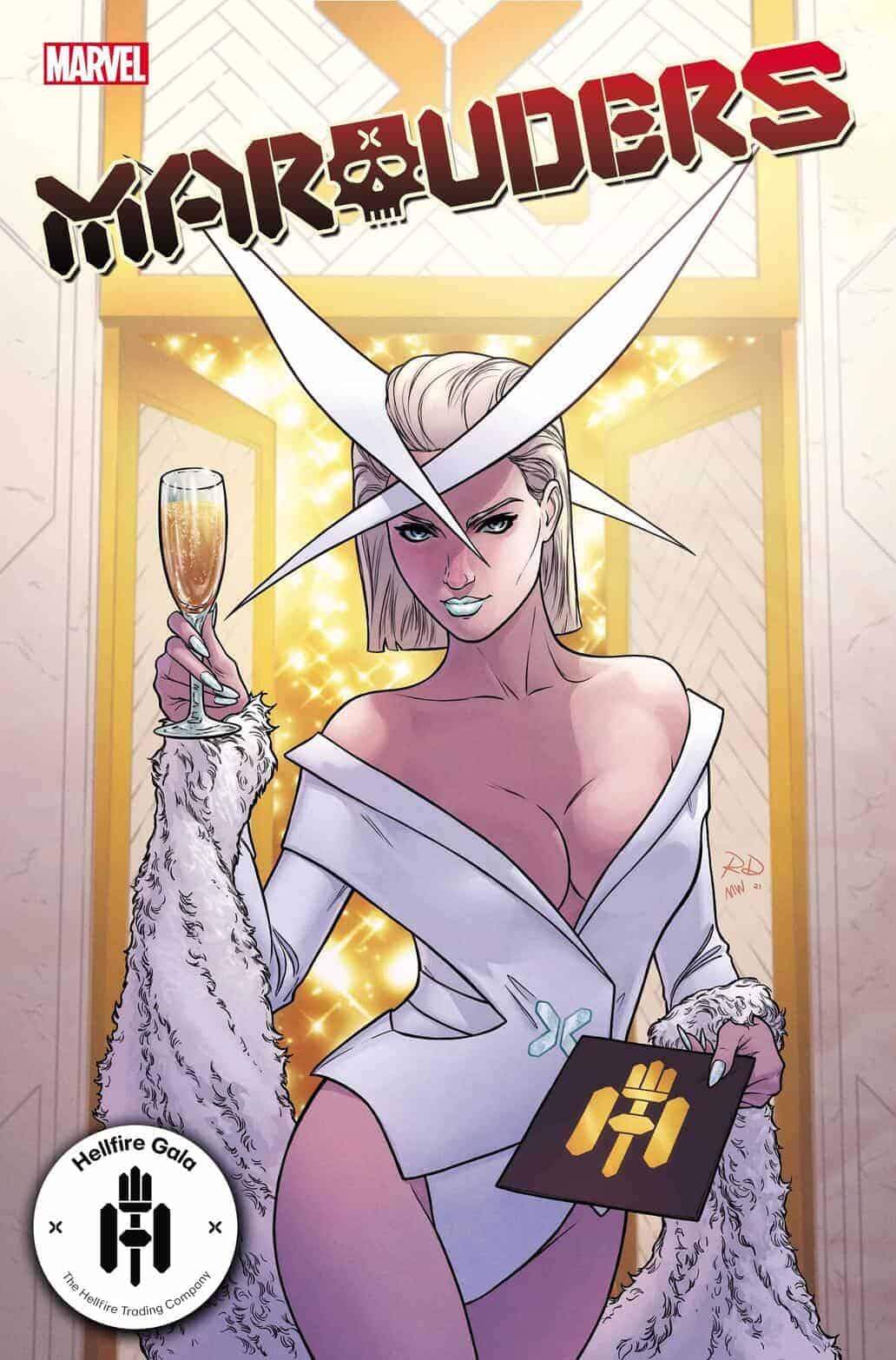 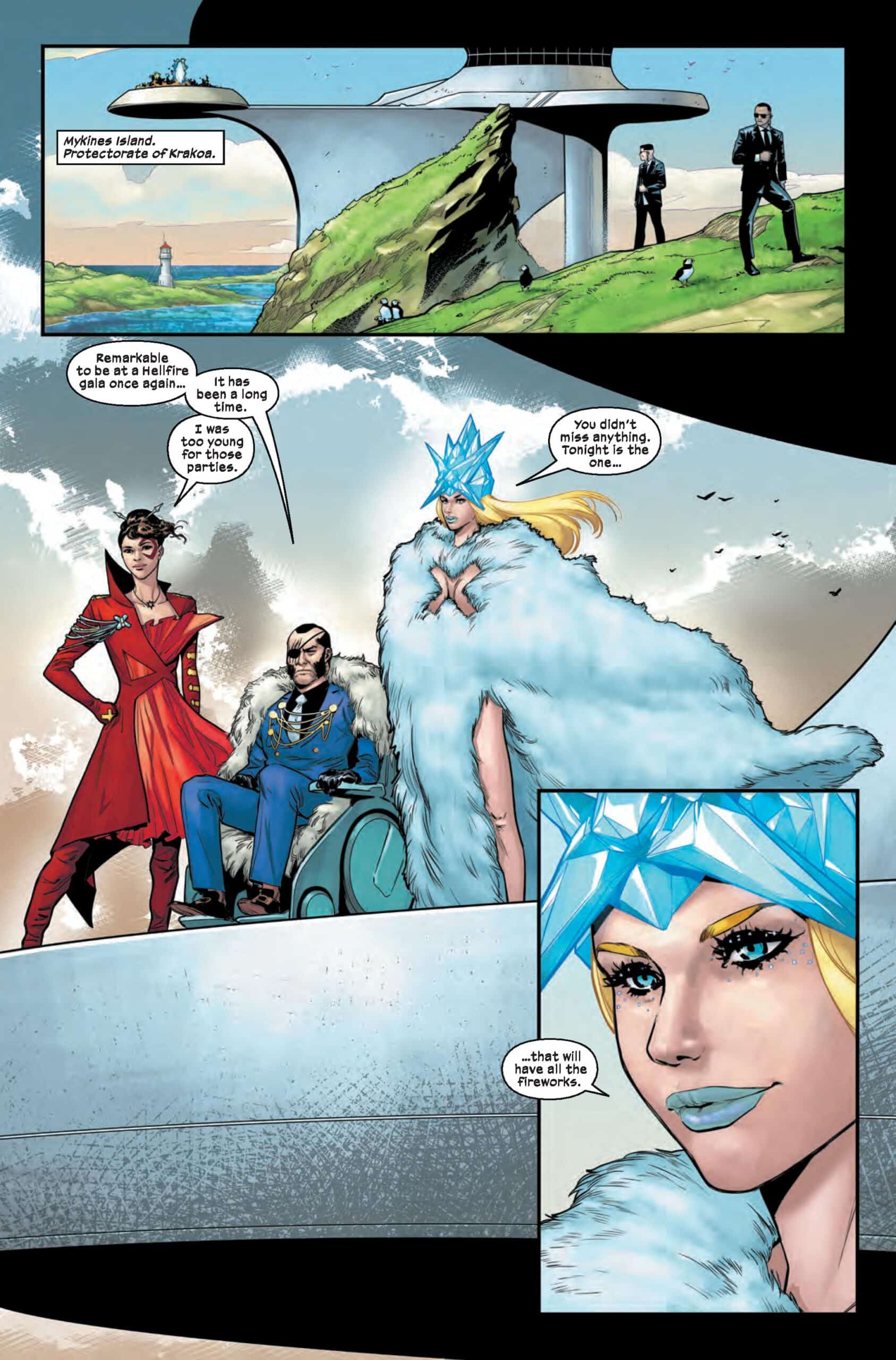 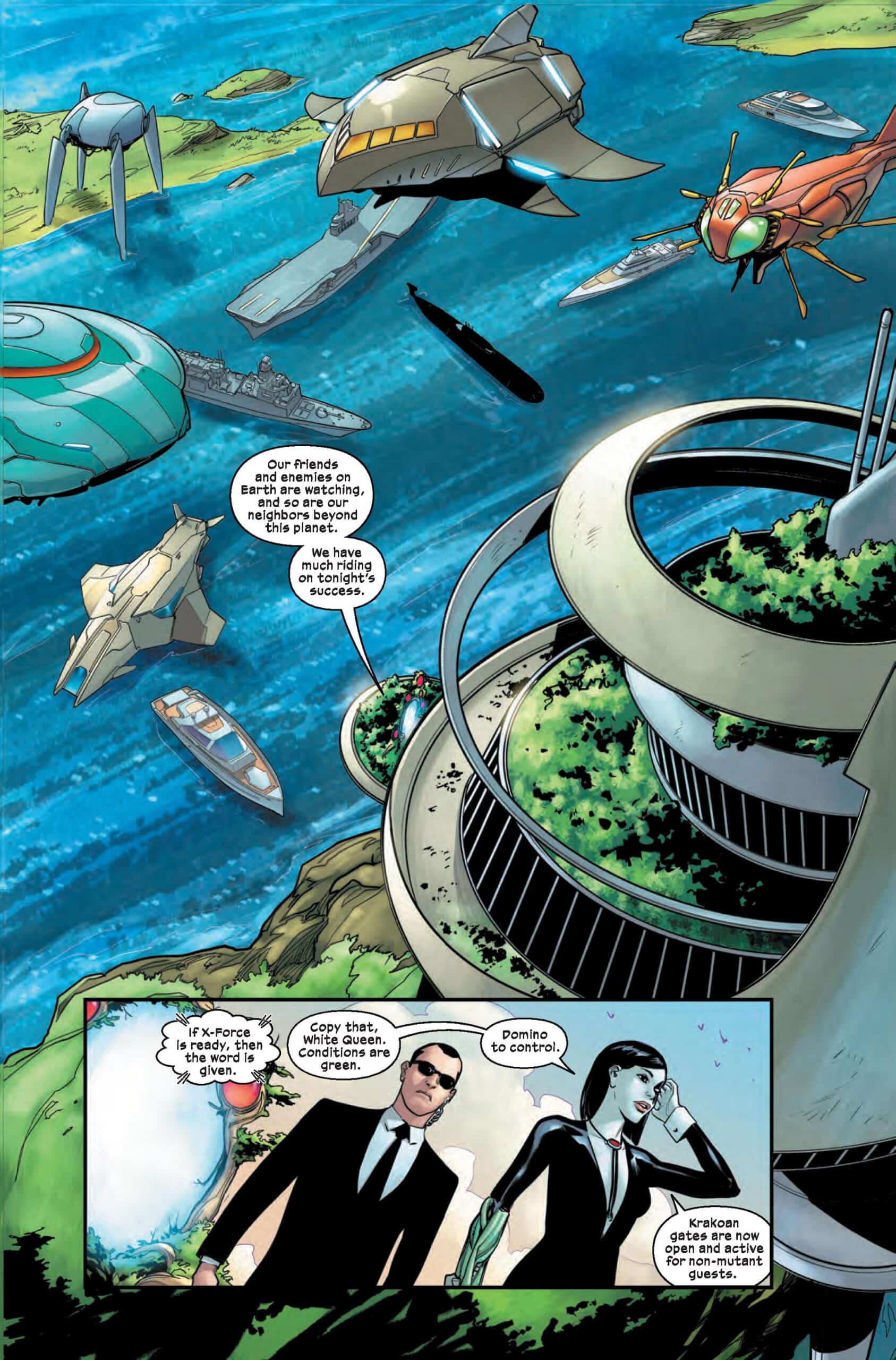 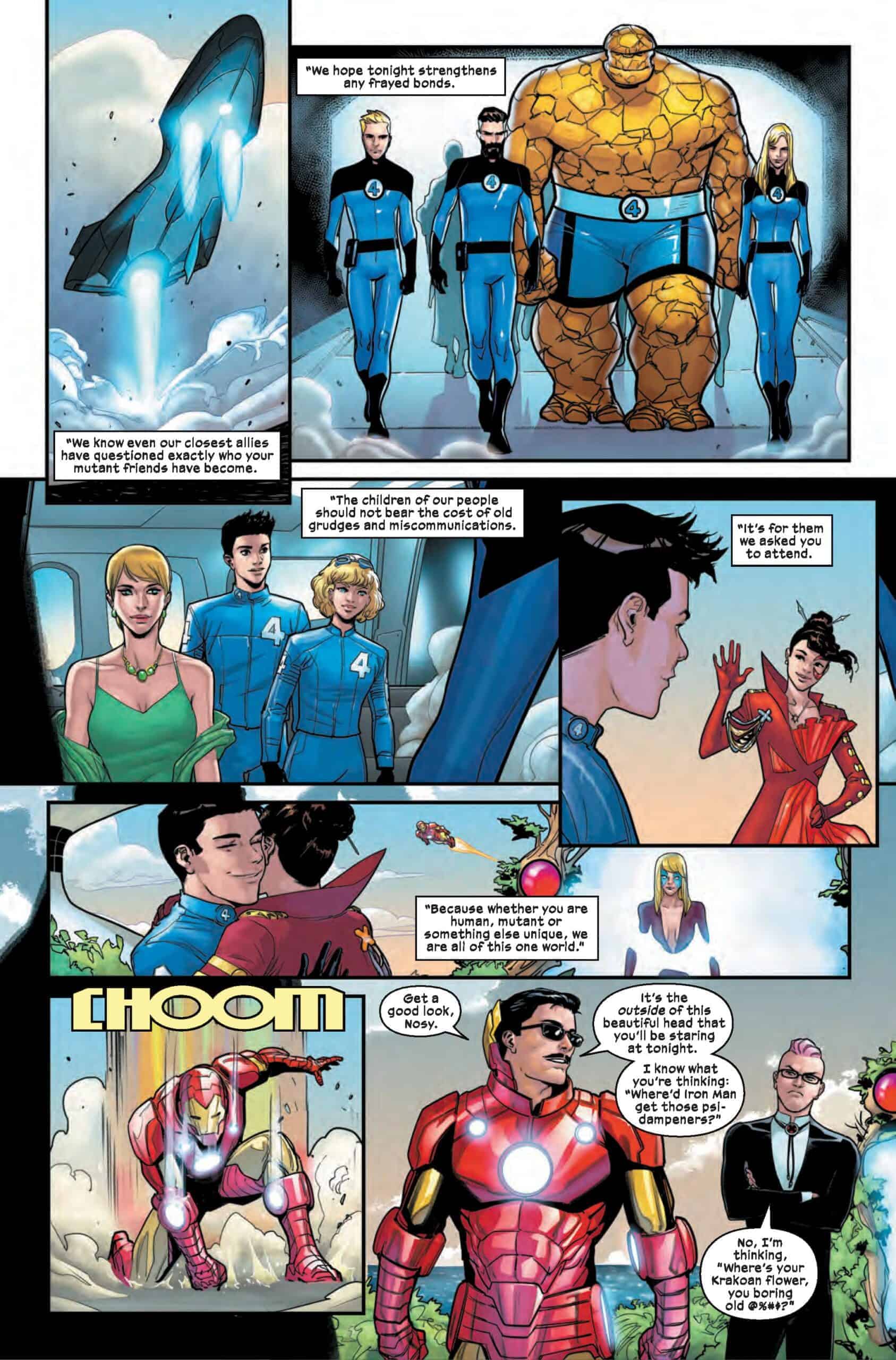 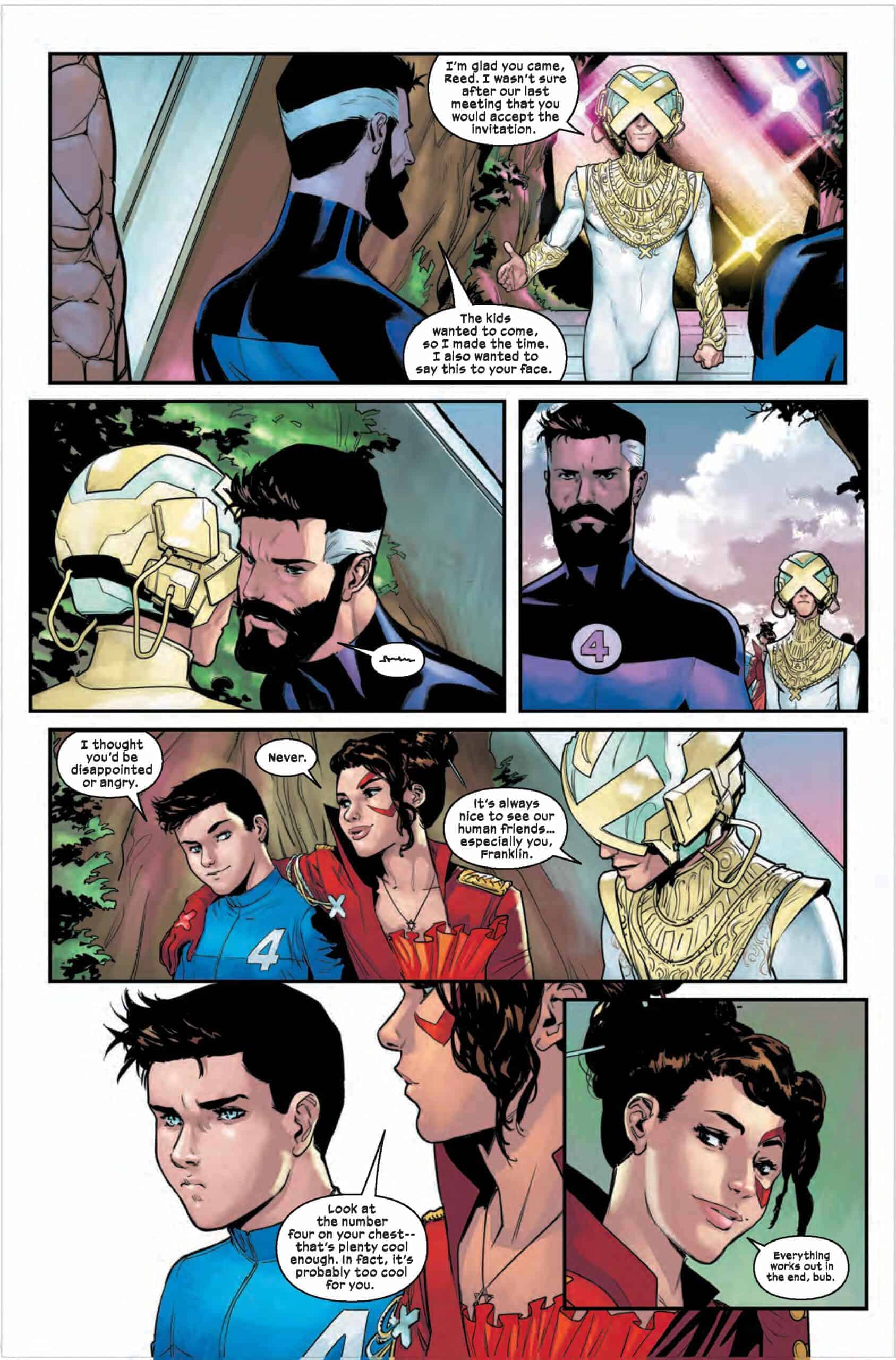 INVITE-ONLY TO THE HELLFIRE GALA!
It’s party time, but somebody’s got to work it. And when invited guests (and a few crashers) prove to be planted antagonistic agents, X-FORCE will need to get their hands dirty and keep this all under wraps…before anyone catches wind! 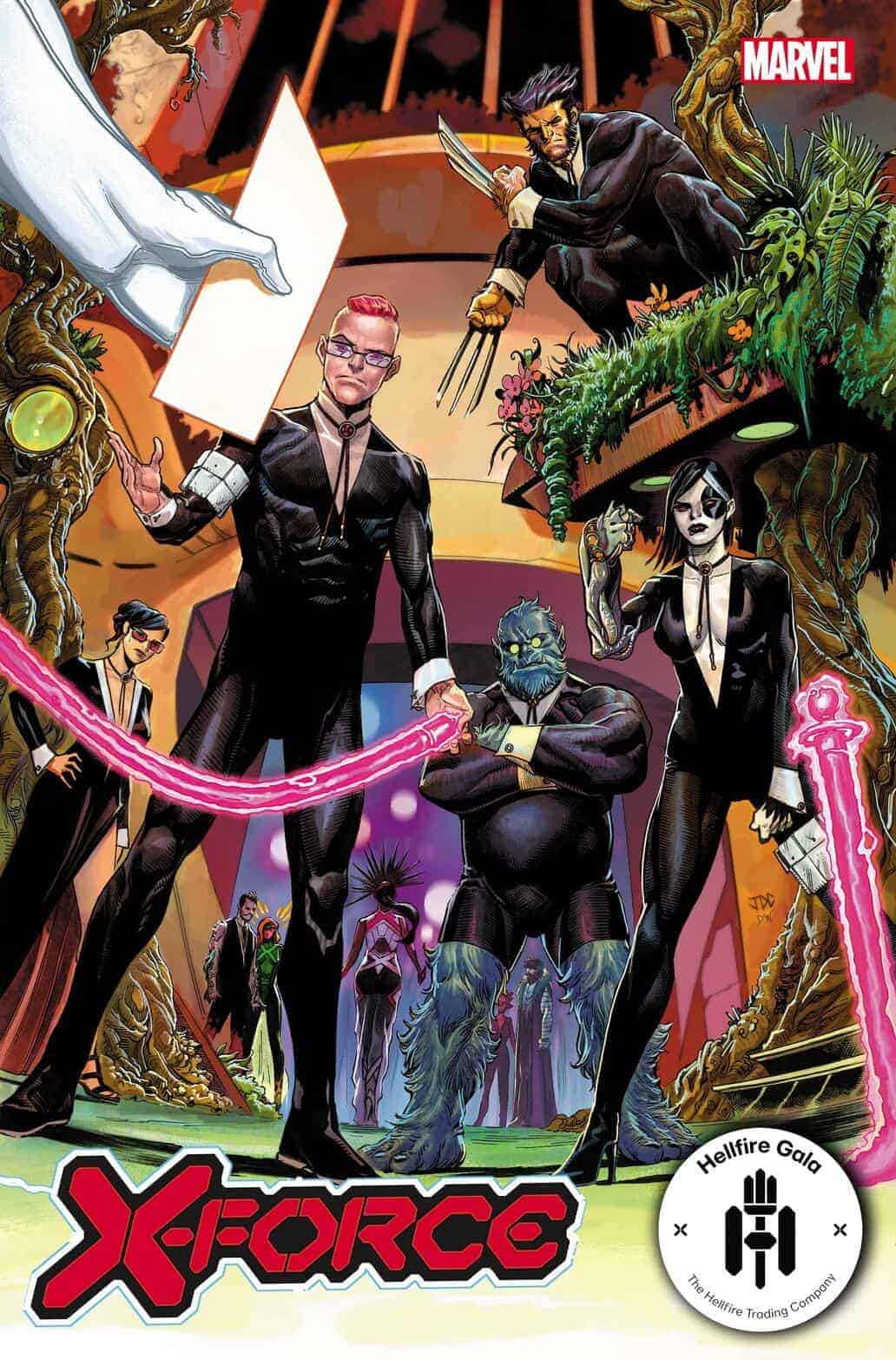 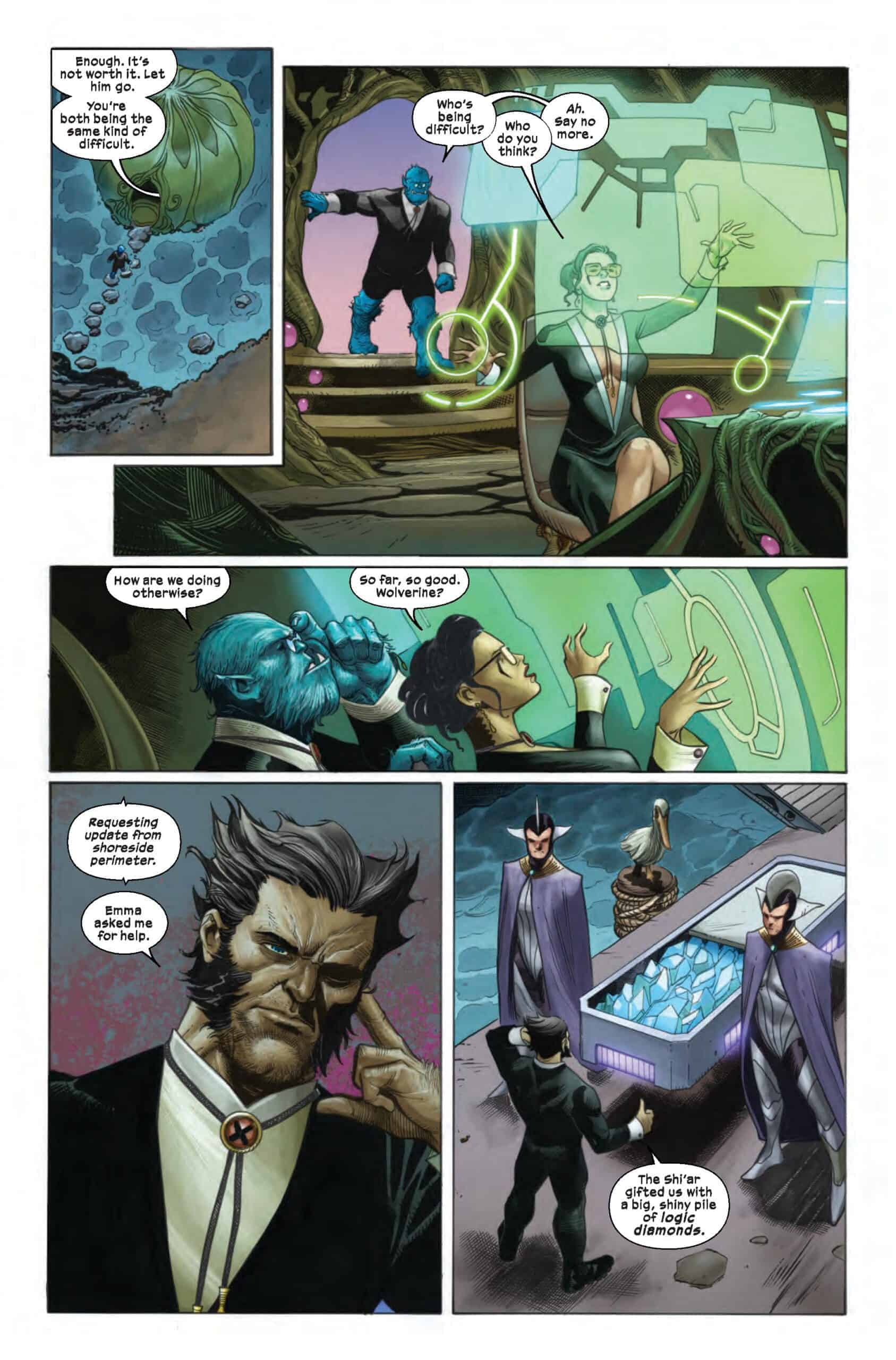 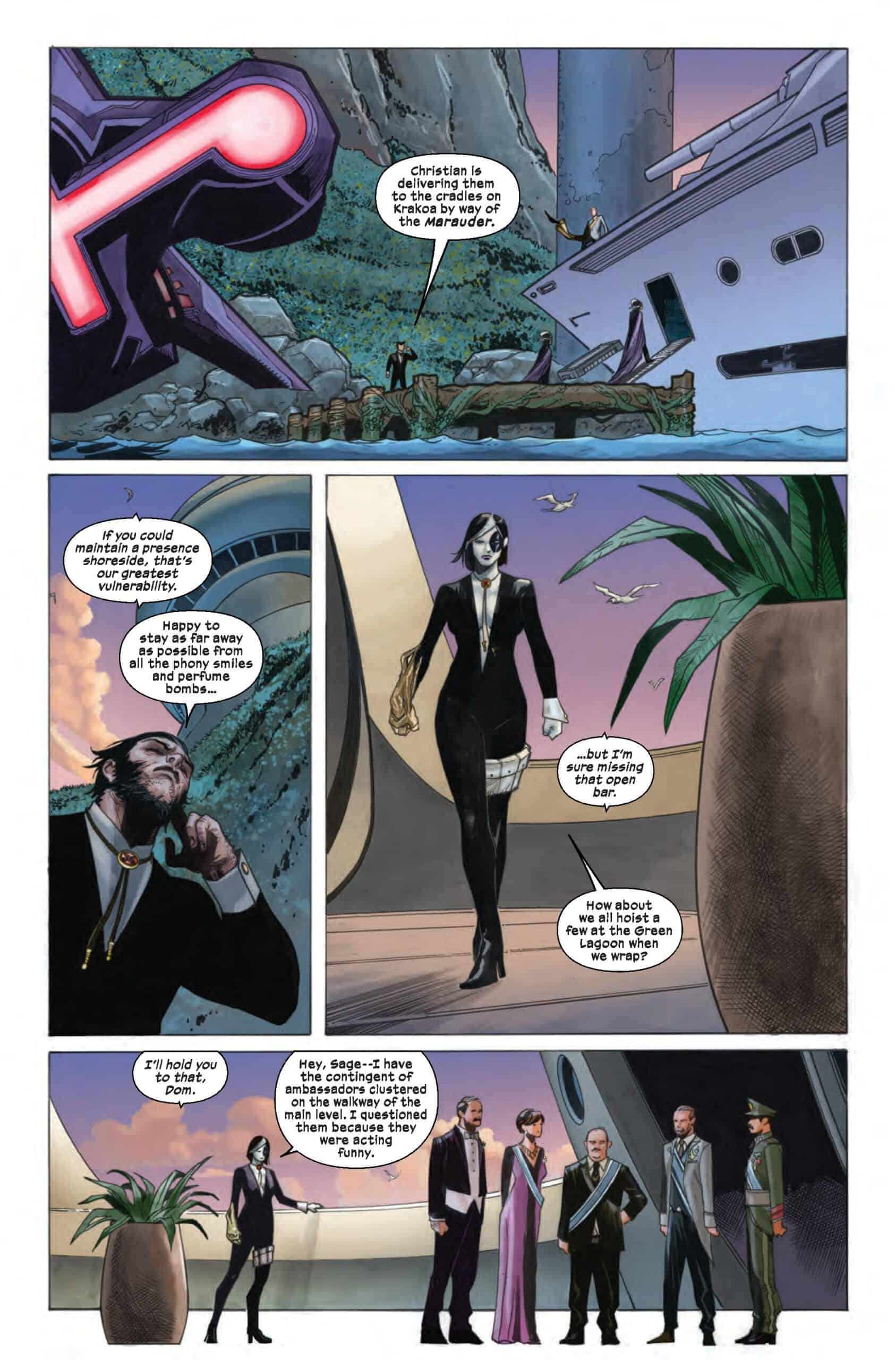 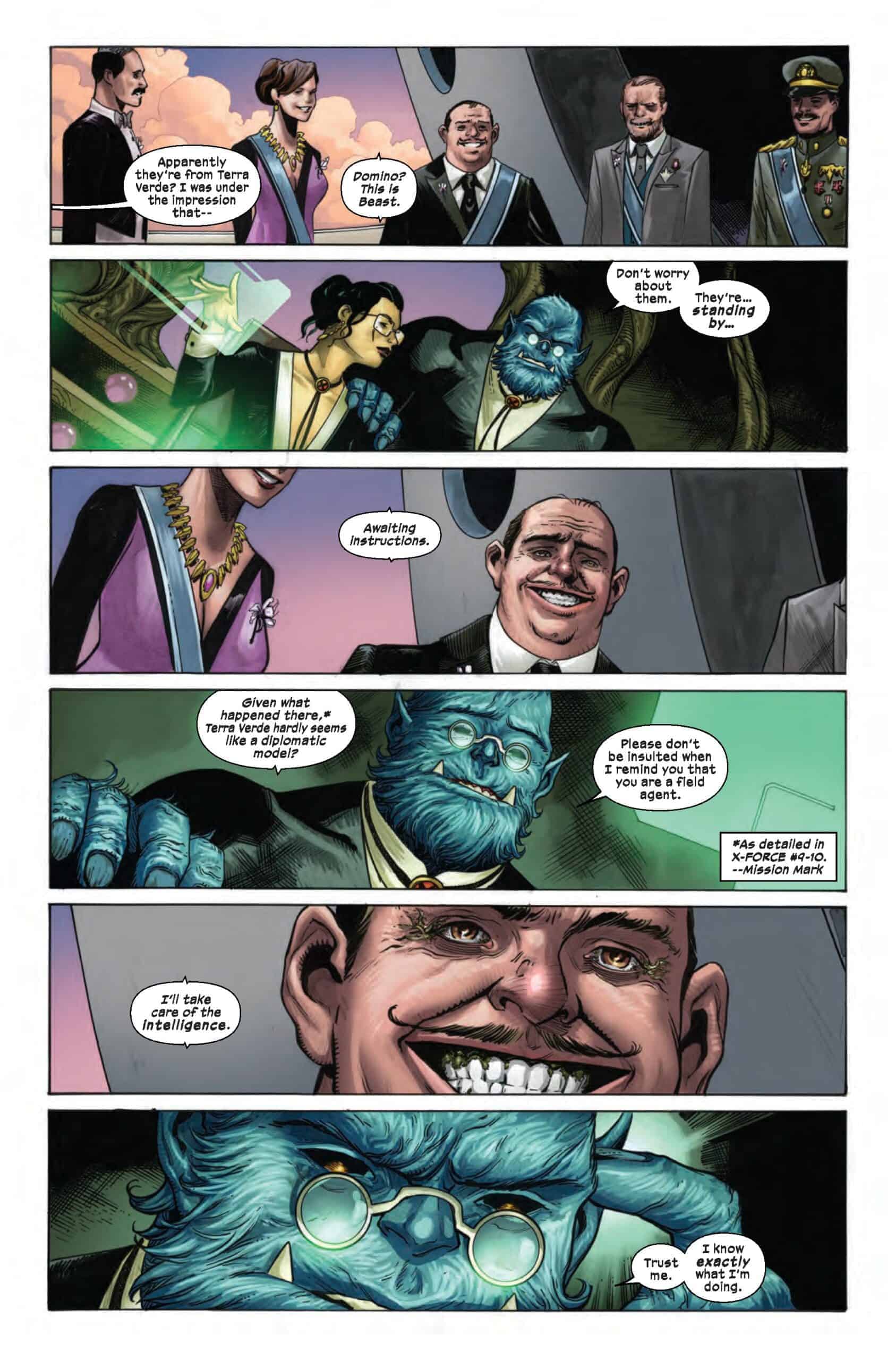 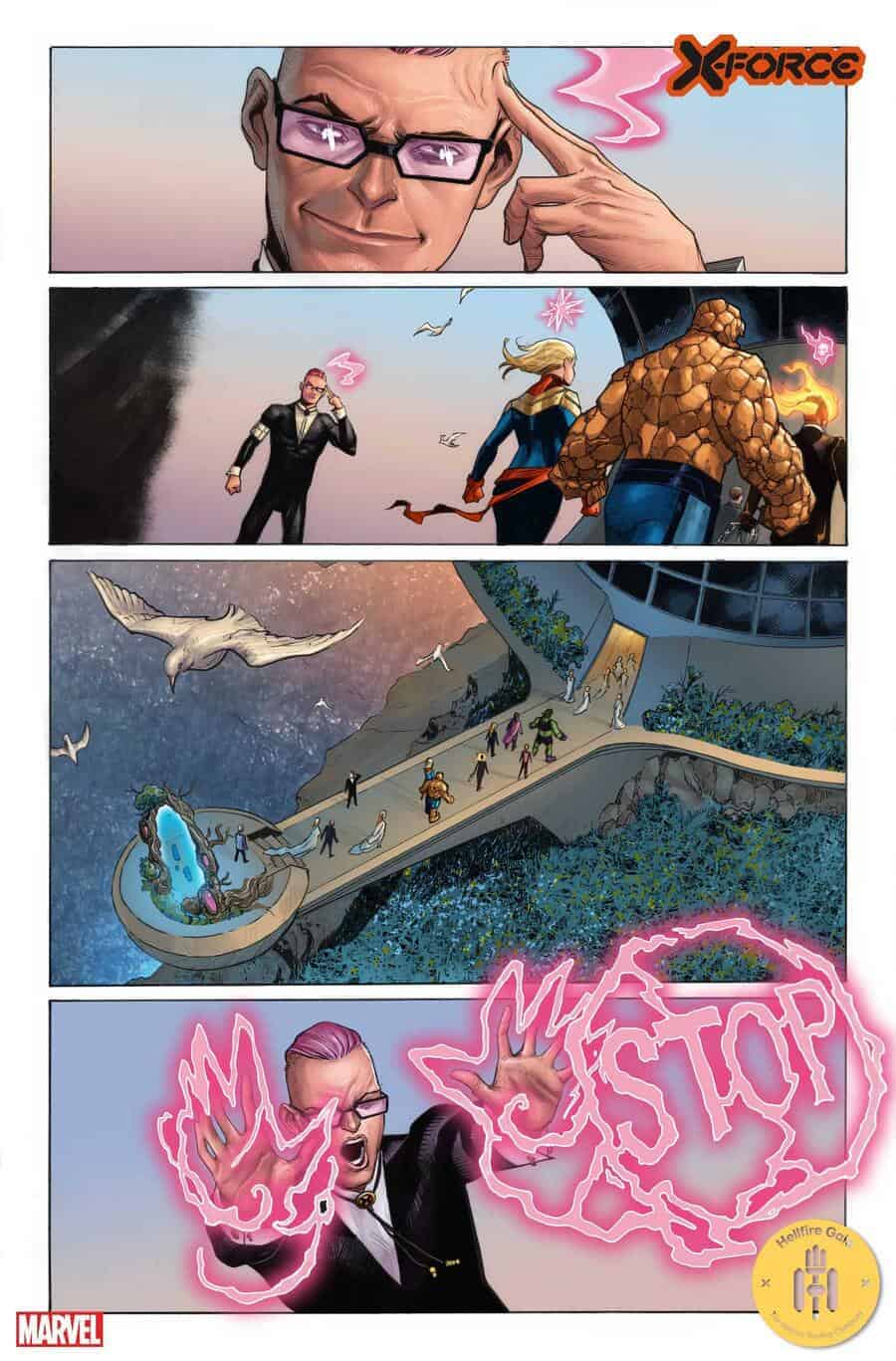 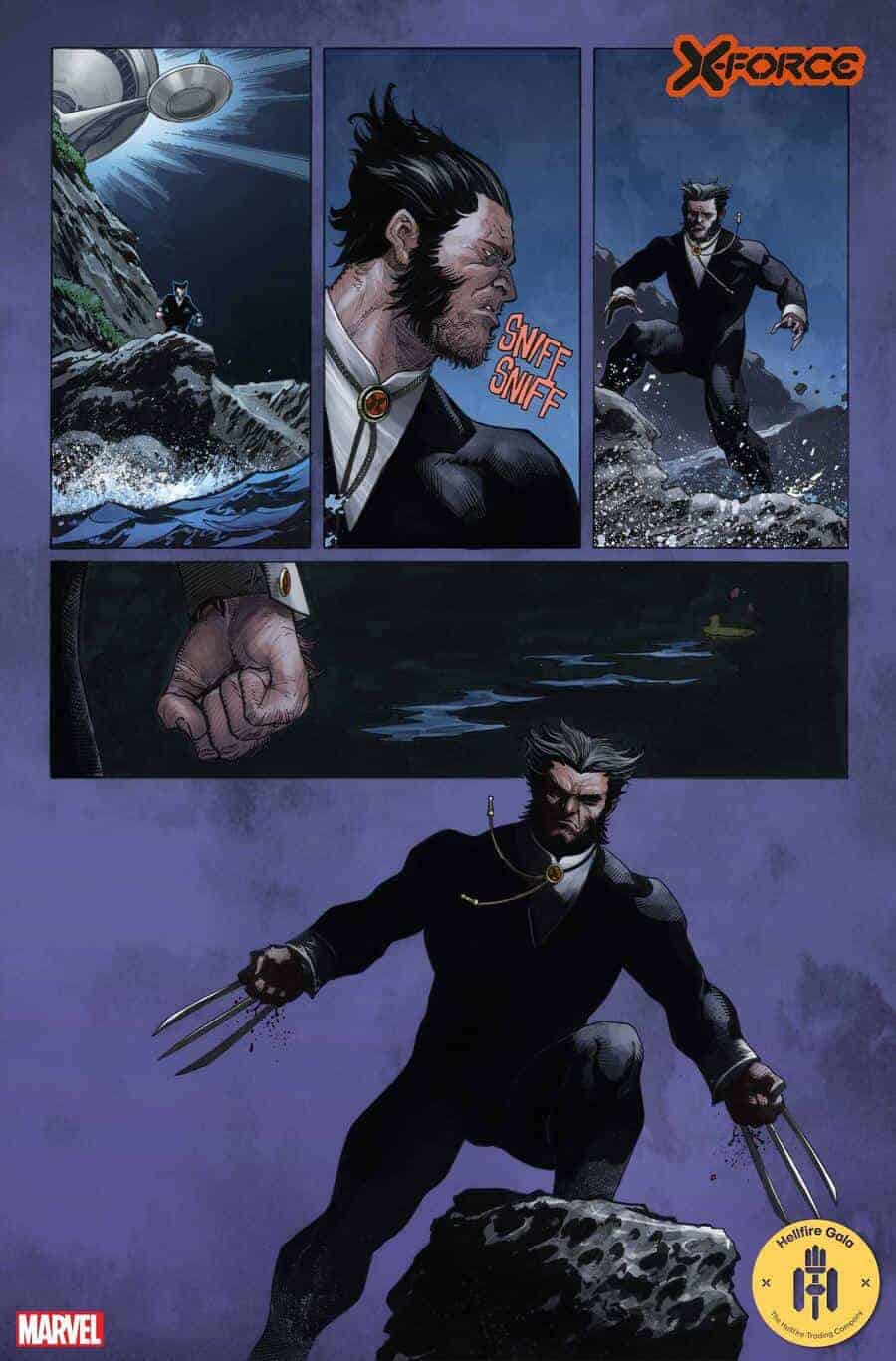 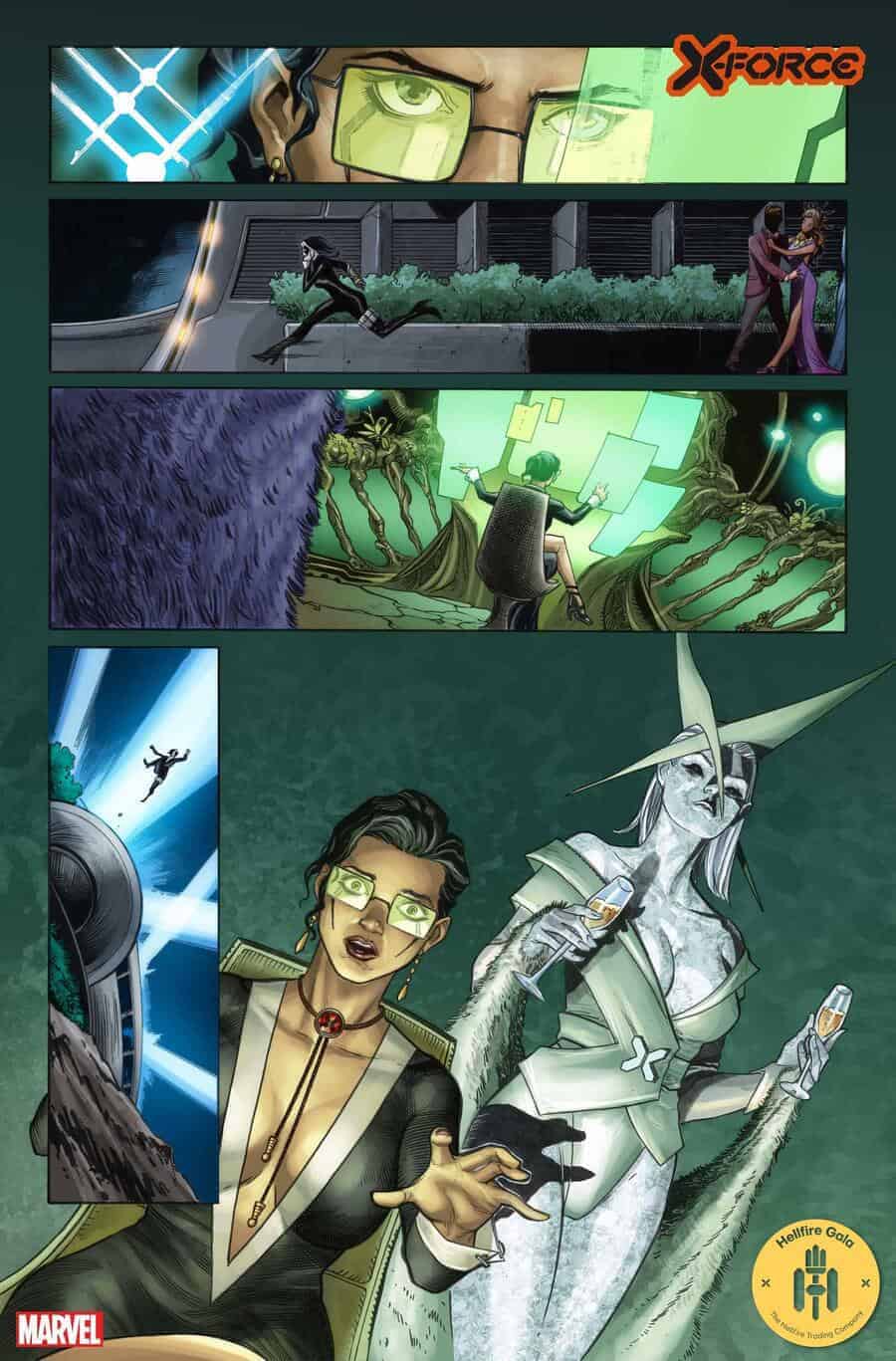 WHO INVITED THE HELLIONS TO THE HELLFIRE GALA?
Who thought it was a good idea to invite the antisocial HELLIONS to the fanciest bash of the year? Oh, no one? They weren’t invited but they showed up anyway? Yeah, that sounds about right. 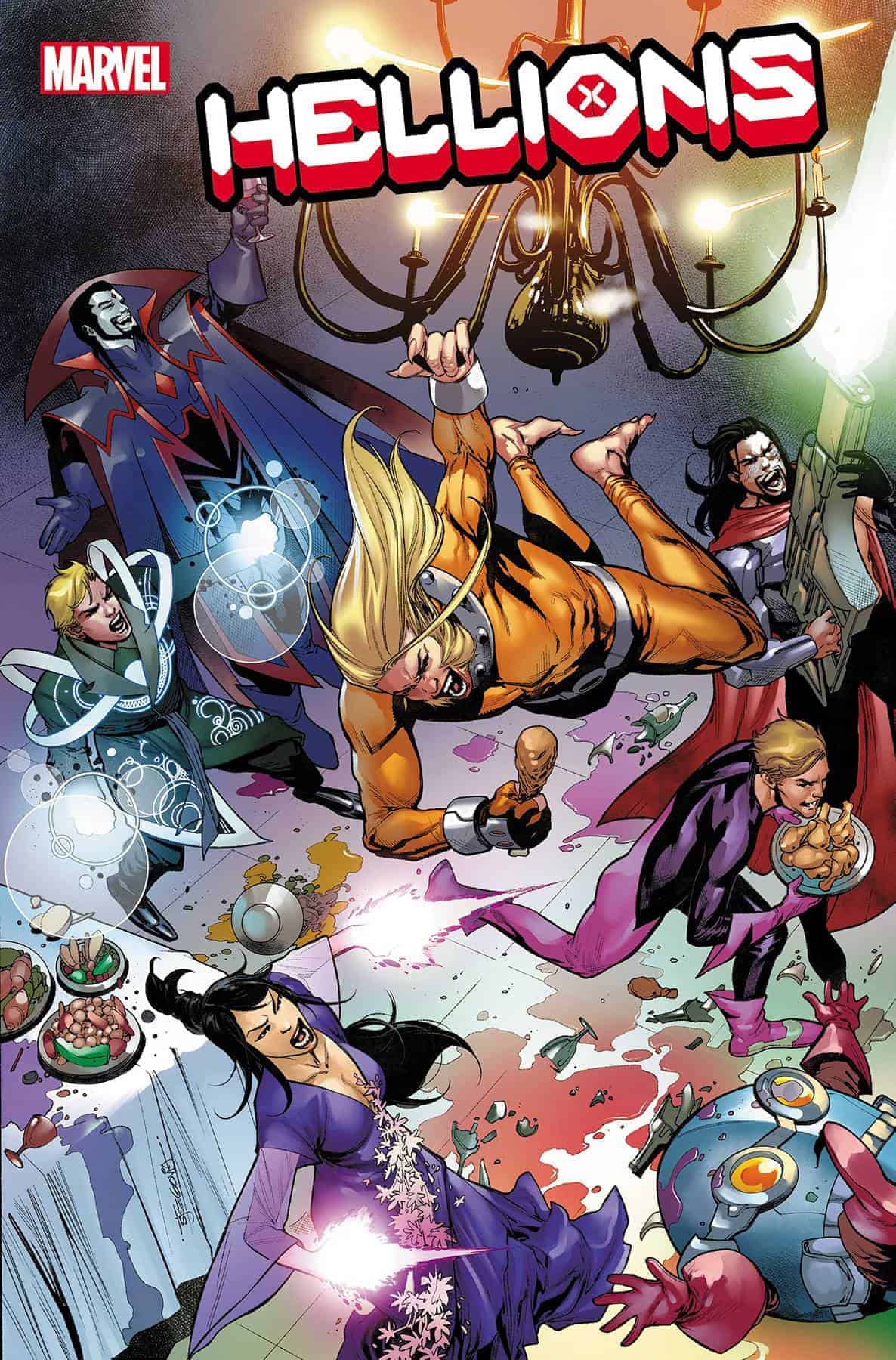 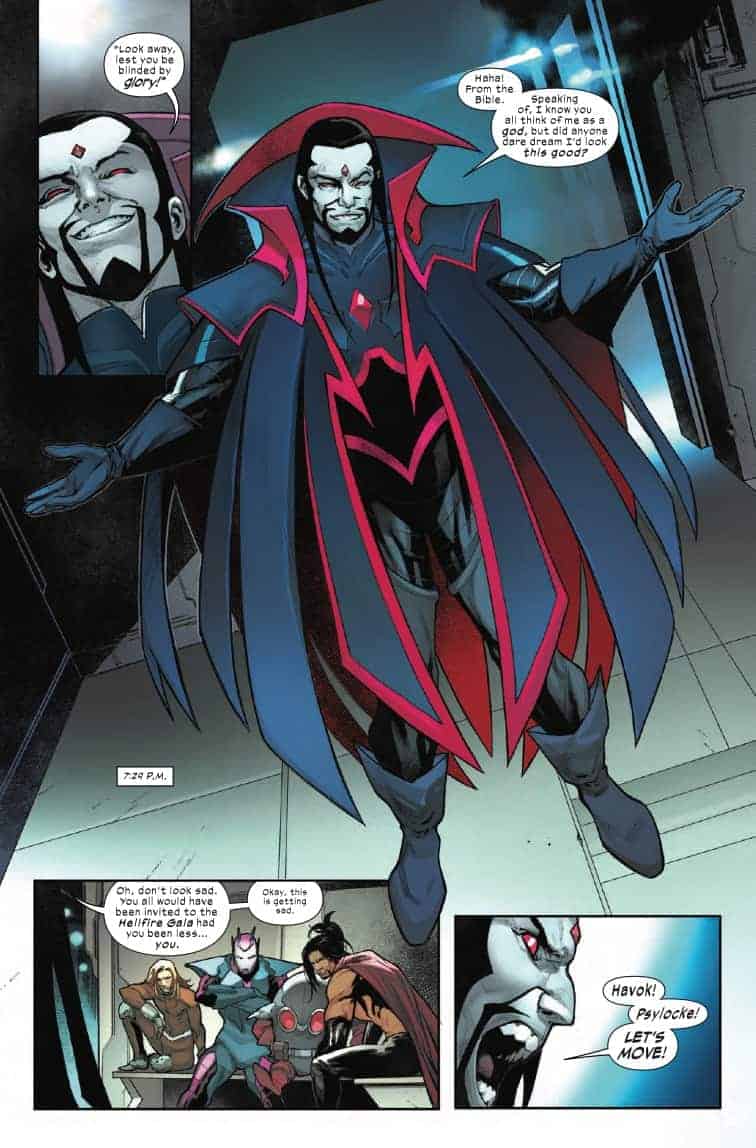 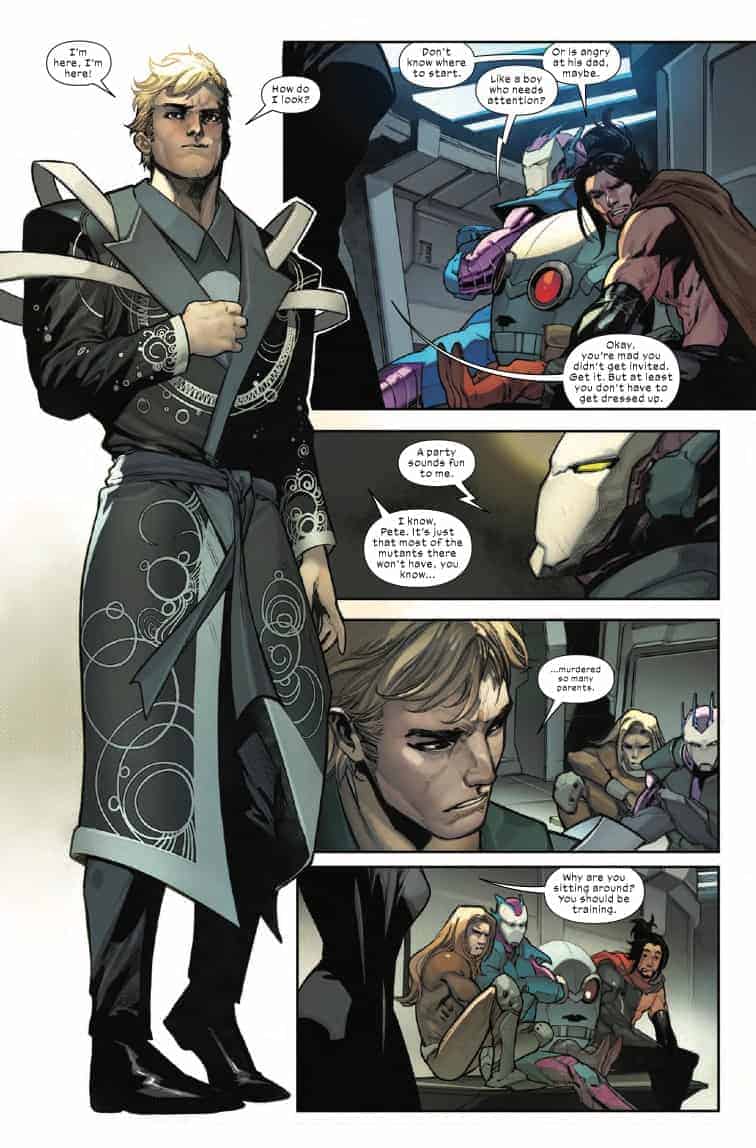 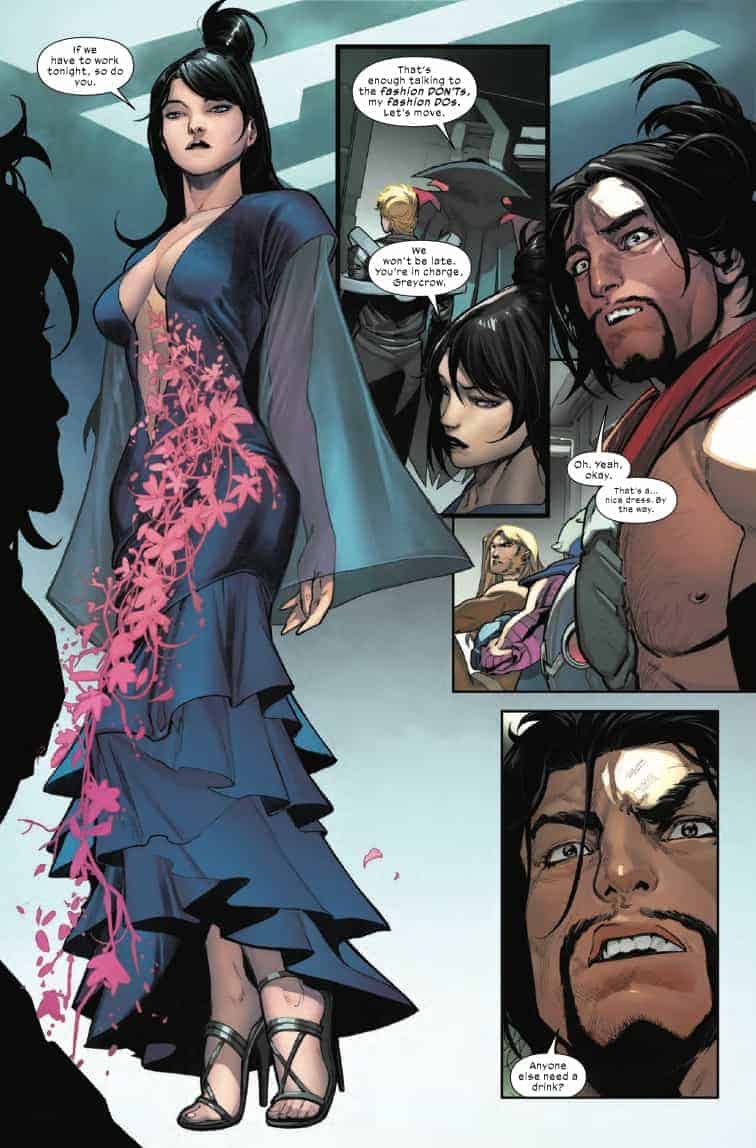 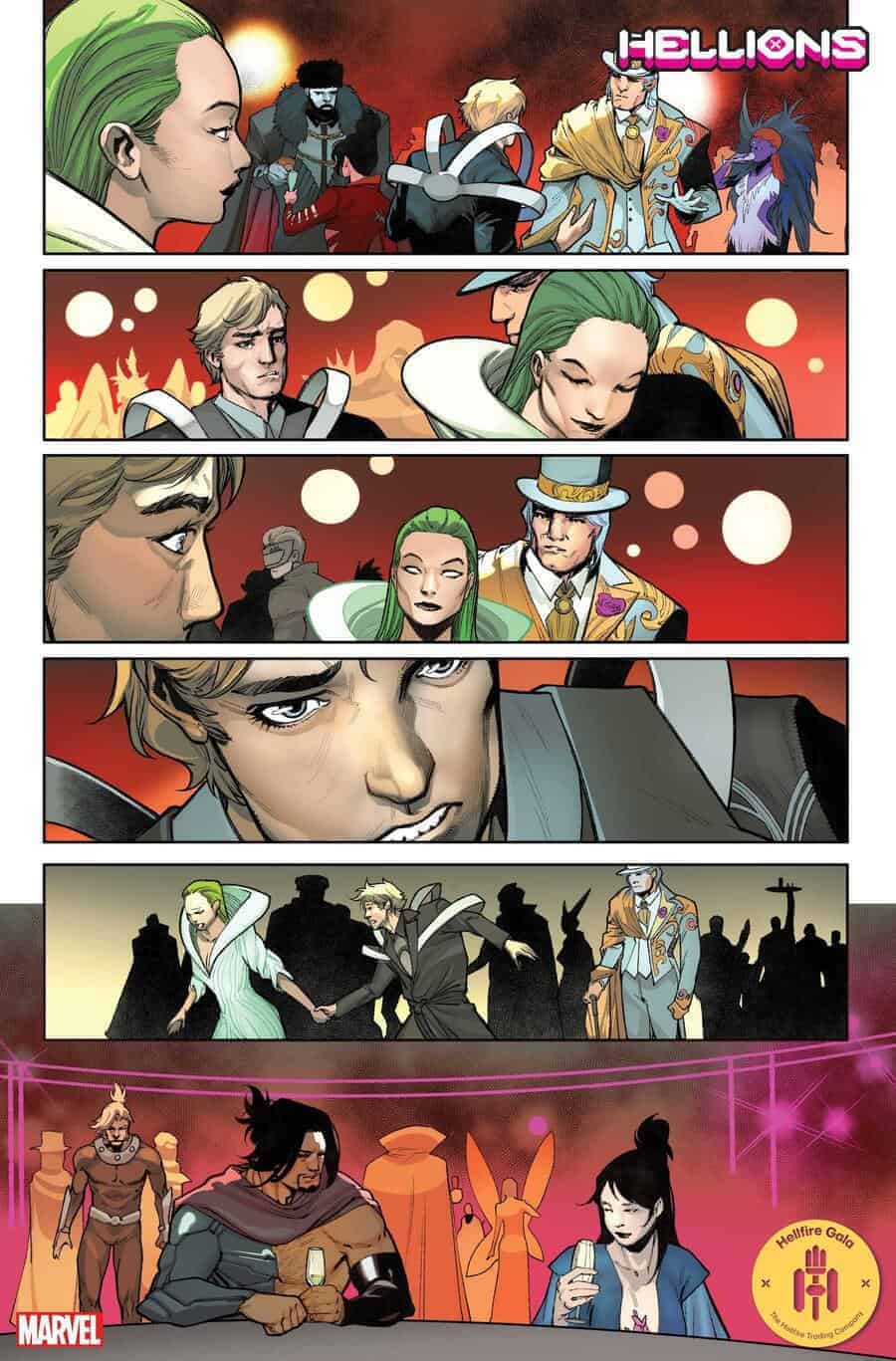 It all starts next week Wednesday 2 June, make sure your hair is done, your outfits ready  and do not forget your invitation to the mutant event of the year!!

This week Marvel also gave us a first look at the HELLFIRE GALA issues of WOLVERINE #13 as well as S.W.O.R.D #6… that last page of the S.W.O.R.D preview featuring Magneto bodes ominously and may could be the lead in to the TRIAL OF MAGNETO?

Here they are in case you missed them:

HELLFIRE COMPROMISED!
Can WOLVERINE and X-FORCE keep the peace or is the gala doomed? 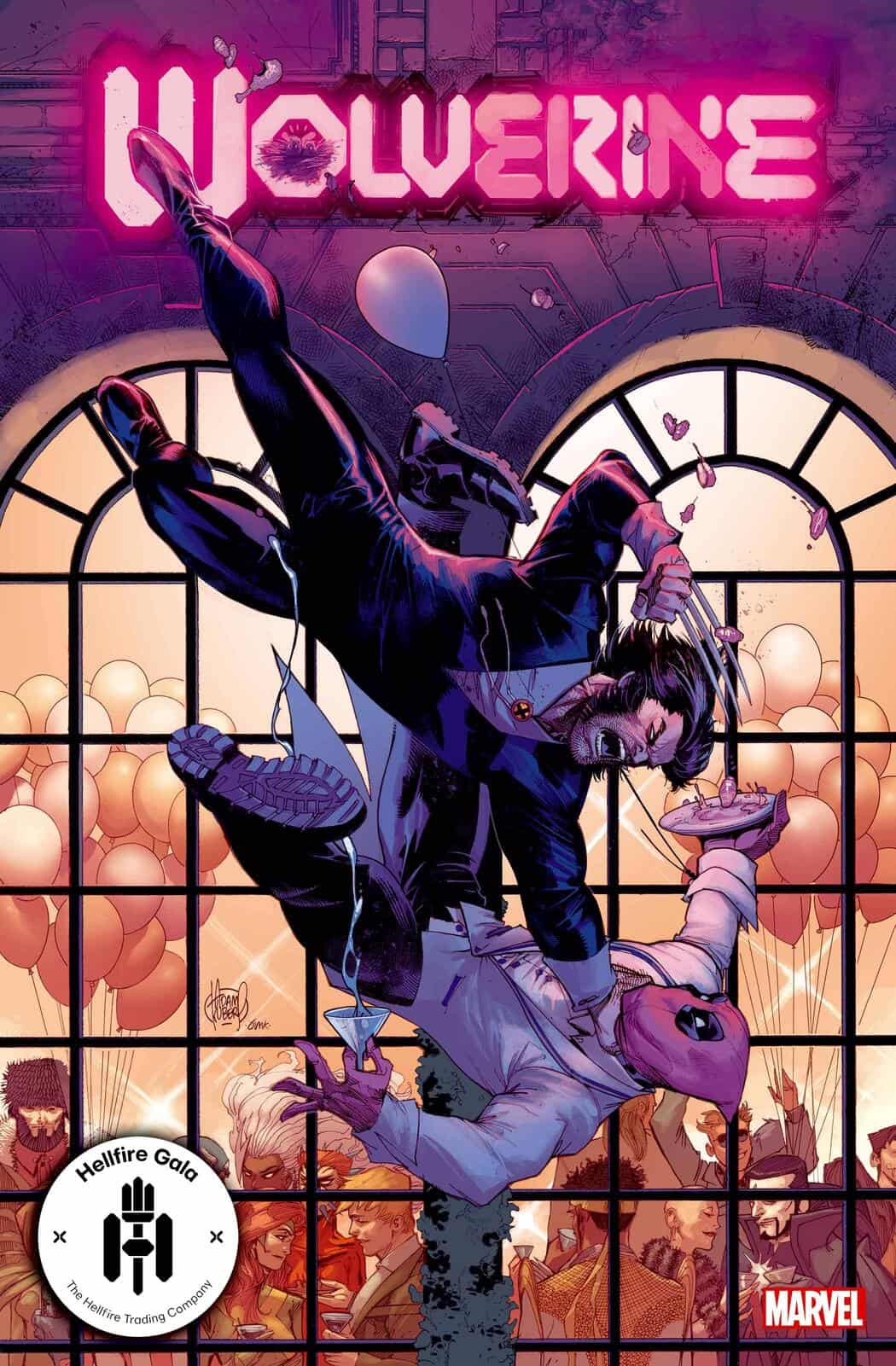 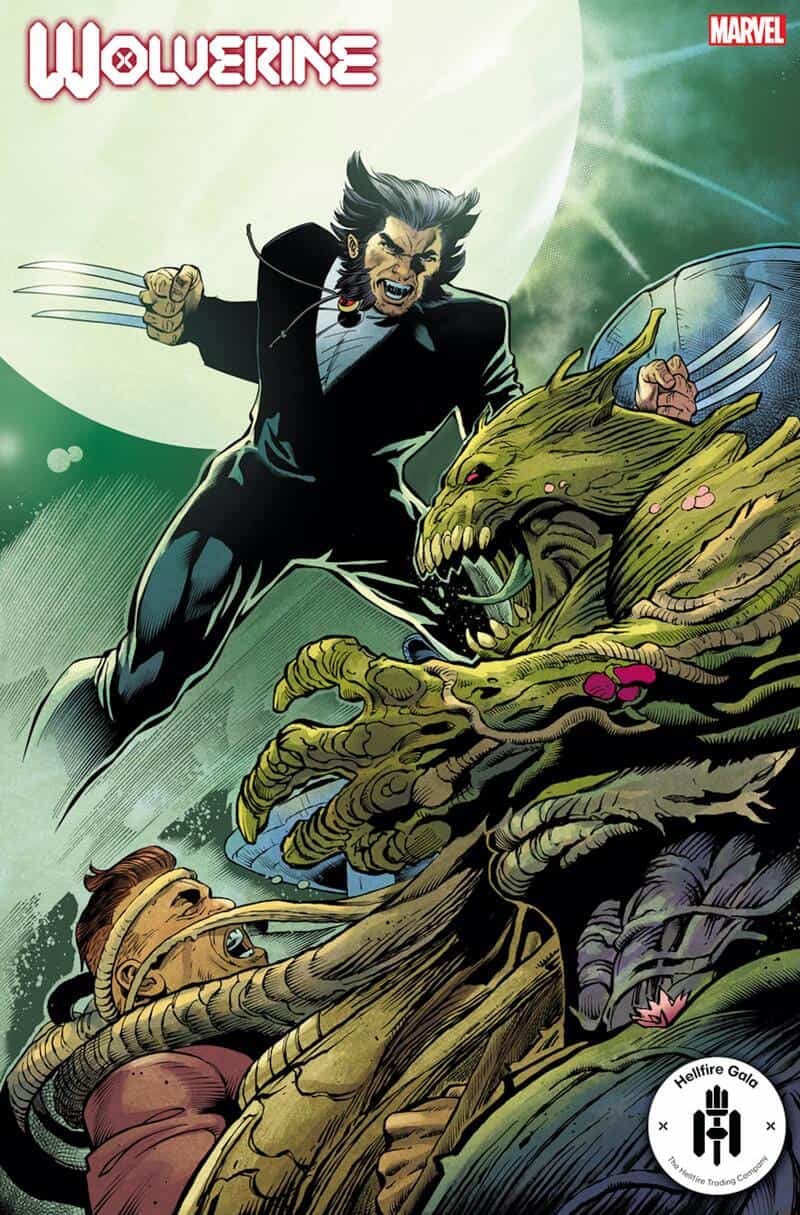 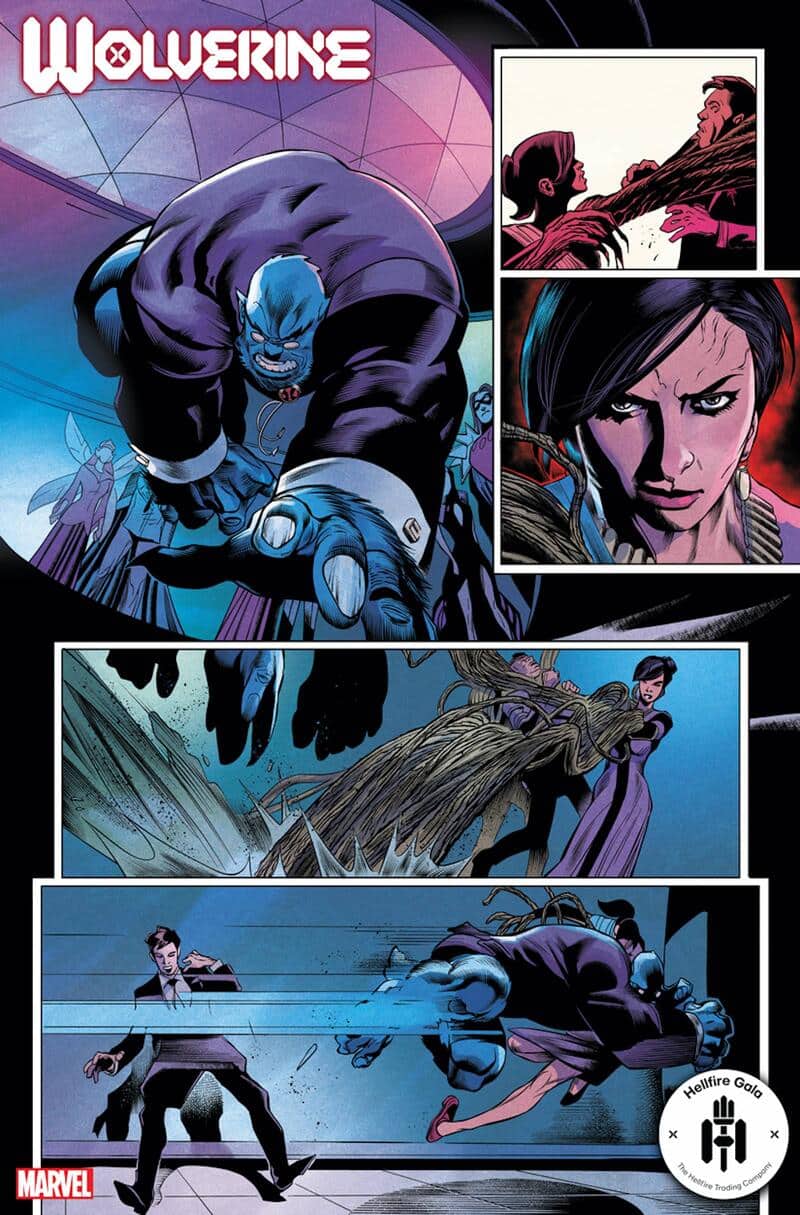 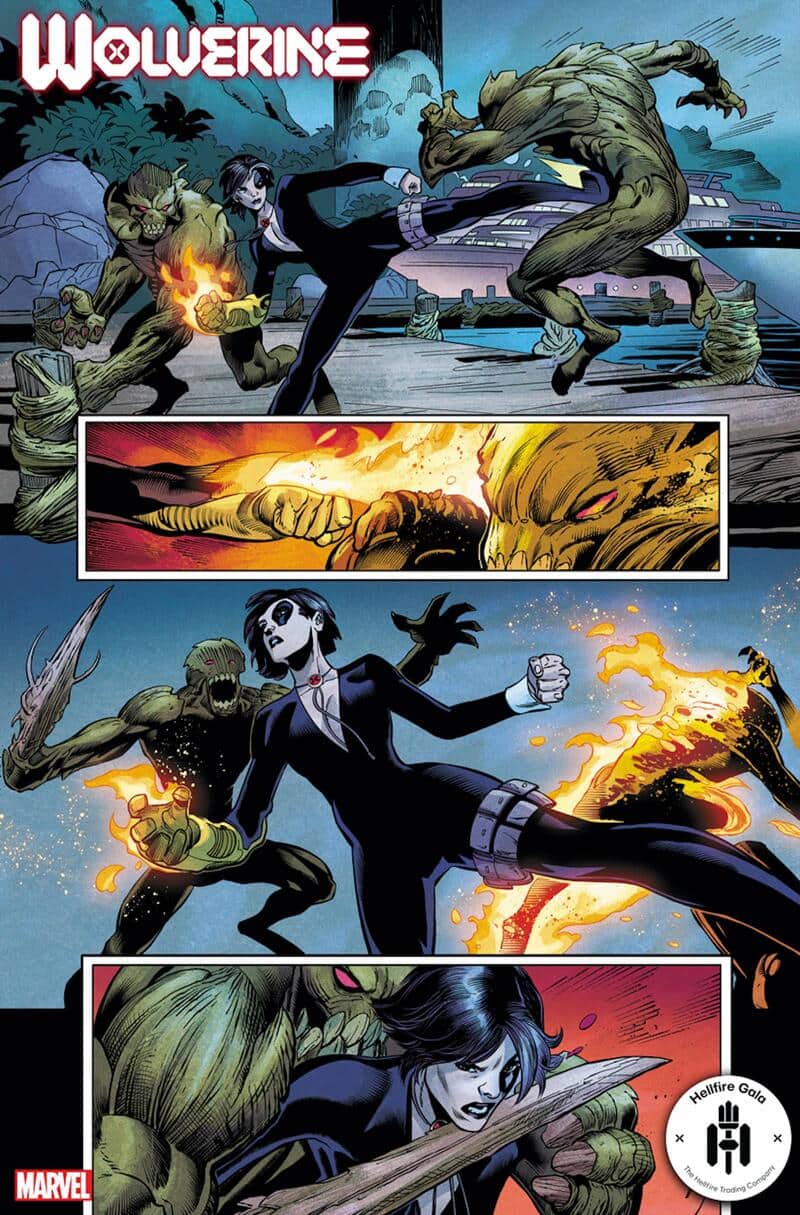 Art by  art by Scot Eaton with inks by Oren Junior

THIS IS WHAT COMES NEXT.
On Earth, the HELLFIRE GALA is in full swing. But on S.W.O.R.D. Station One, a very different guest list comes together…as Abigail Brand finally unveils her plans for Mysterium – and the future of human and mutantkind. 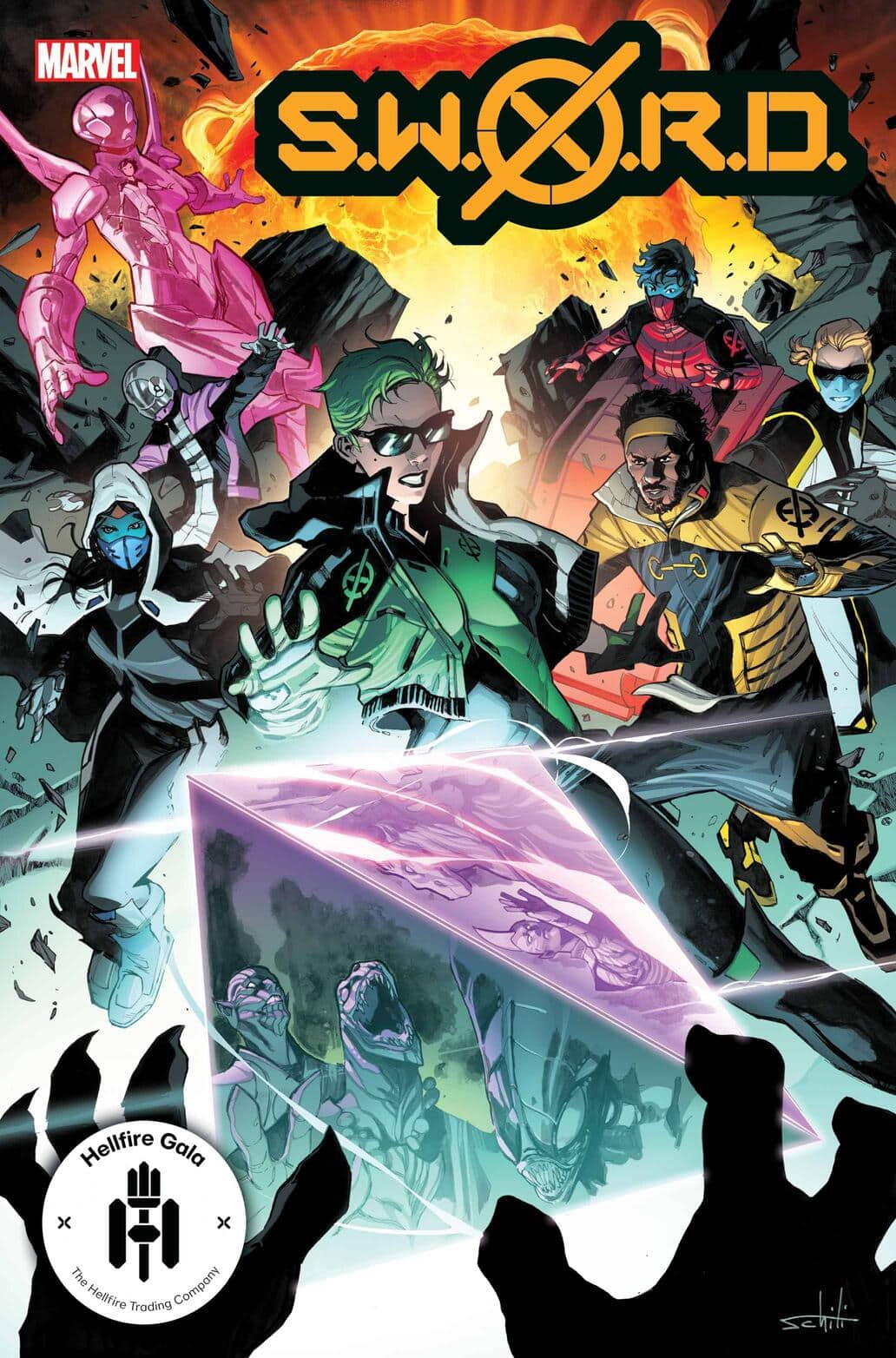 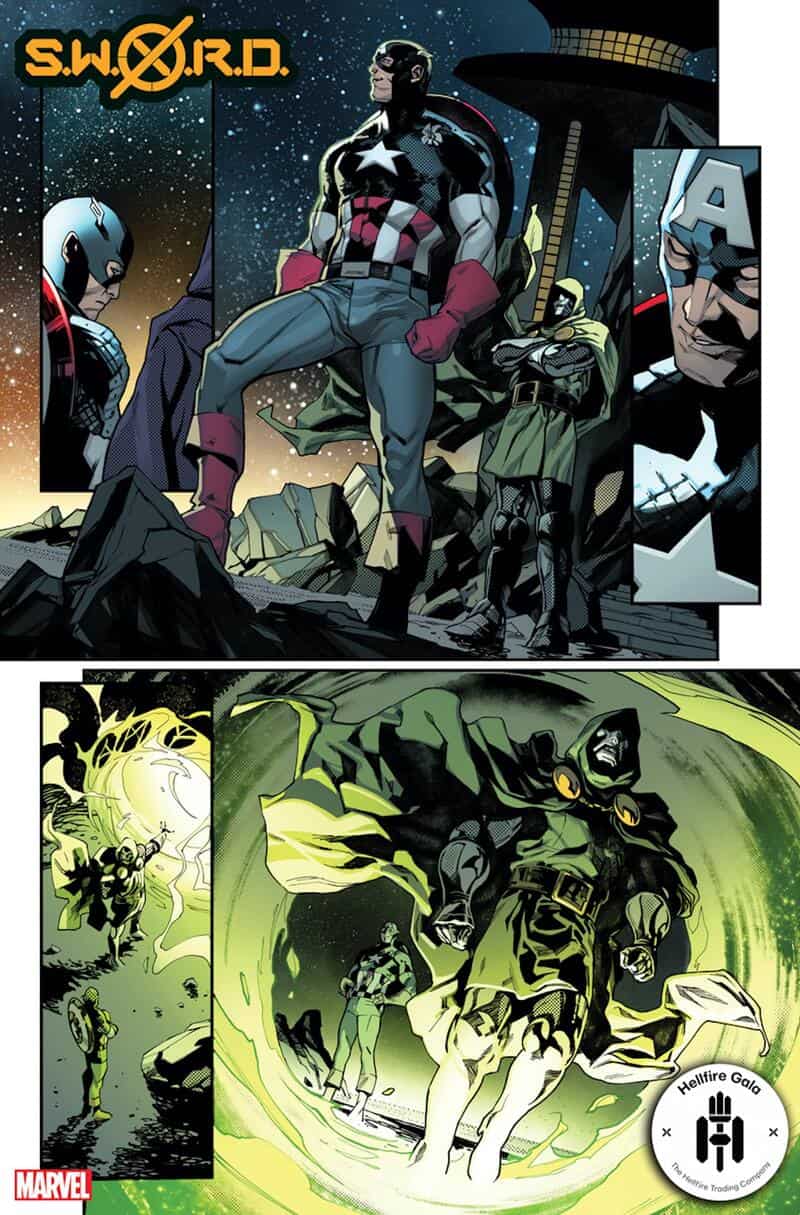 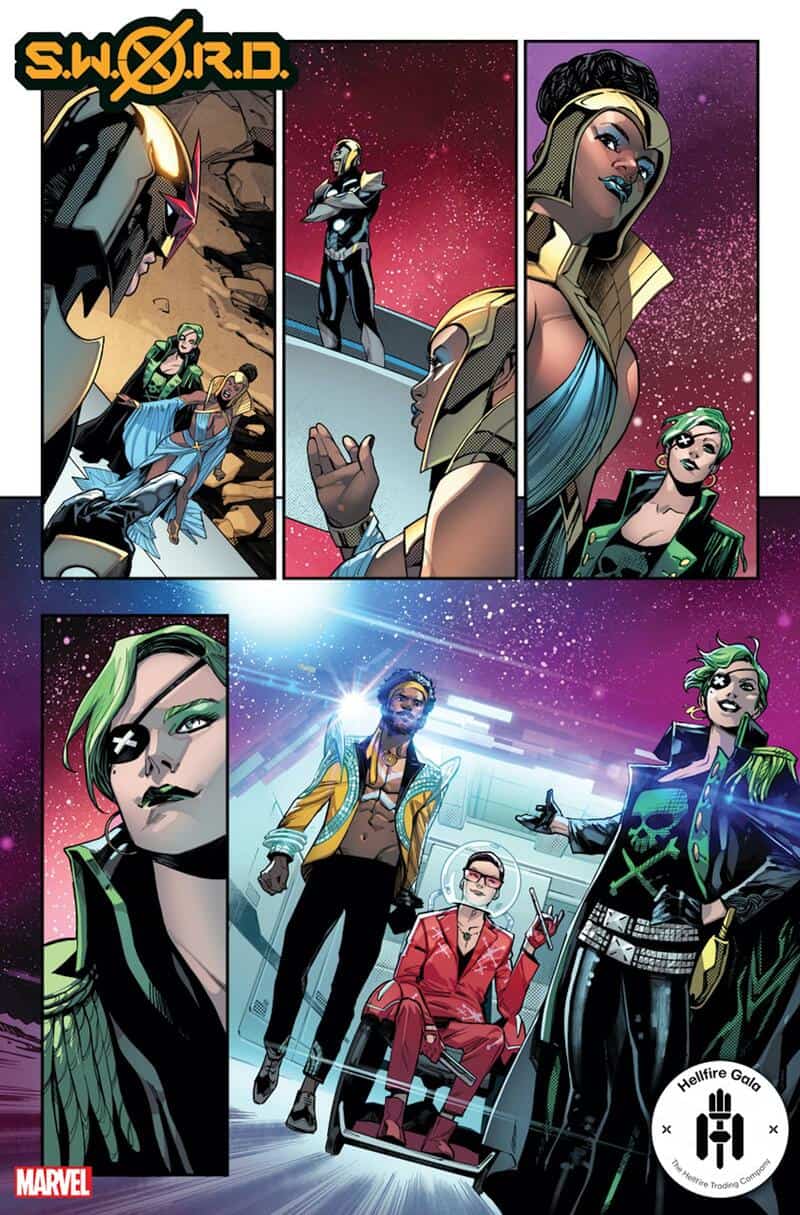 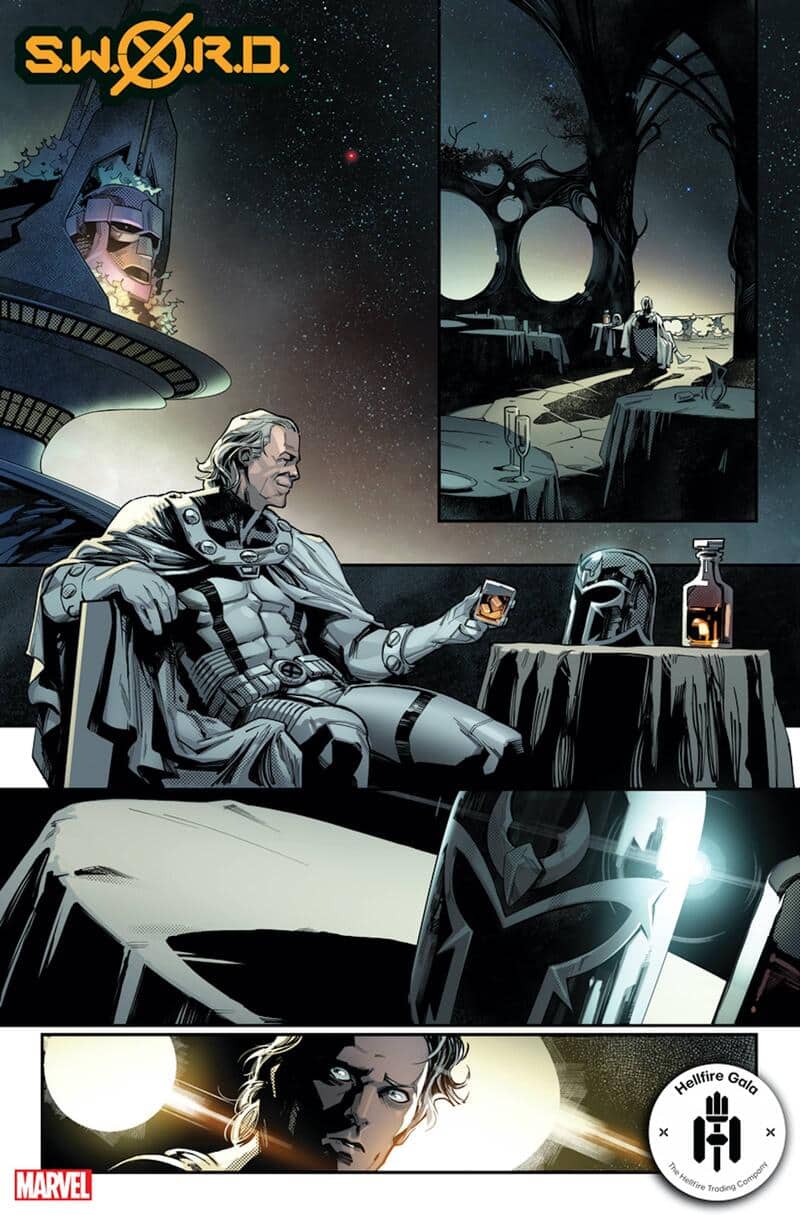