Tony has been suddenly and bizarrely marooned on an unknown remote planet, and his abandonment doesn’t seem to be Korvac’s doing at all. While his friends continue to pursue Korvac and his allies across the galaxy in a race to Galactus’ worldship, Taa II, Tony must now figure out where he is and if the locals are friendly or dangerous, especially since this small colony of fellow space drifters is run by a powerful old foe who might have reformed his ways. But at least for a moment, Tony has a chance to rest and to not only take stock of where he is, but also figure out how he got here in the first place and who he wants to be moving forward. 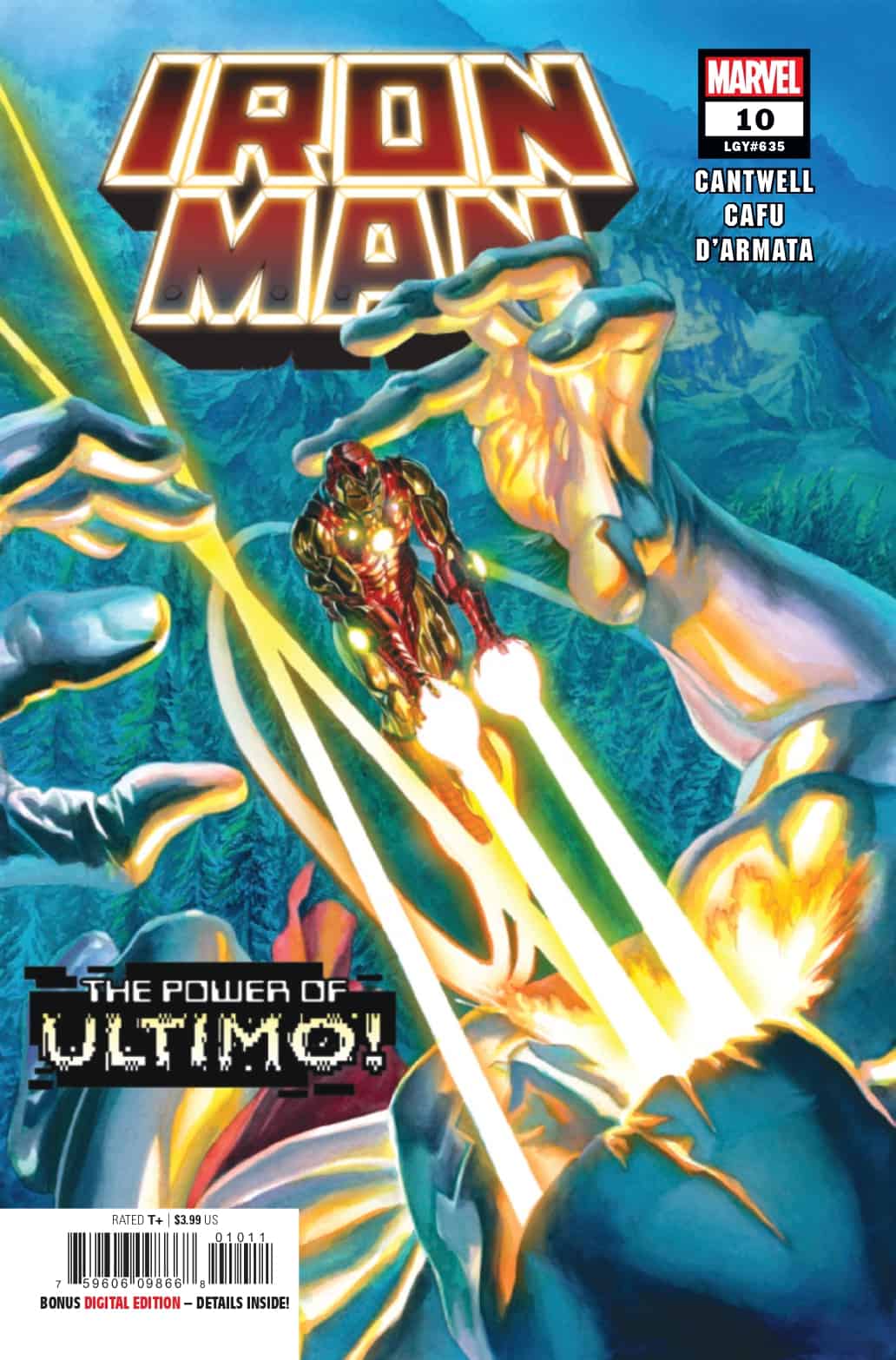 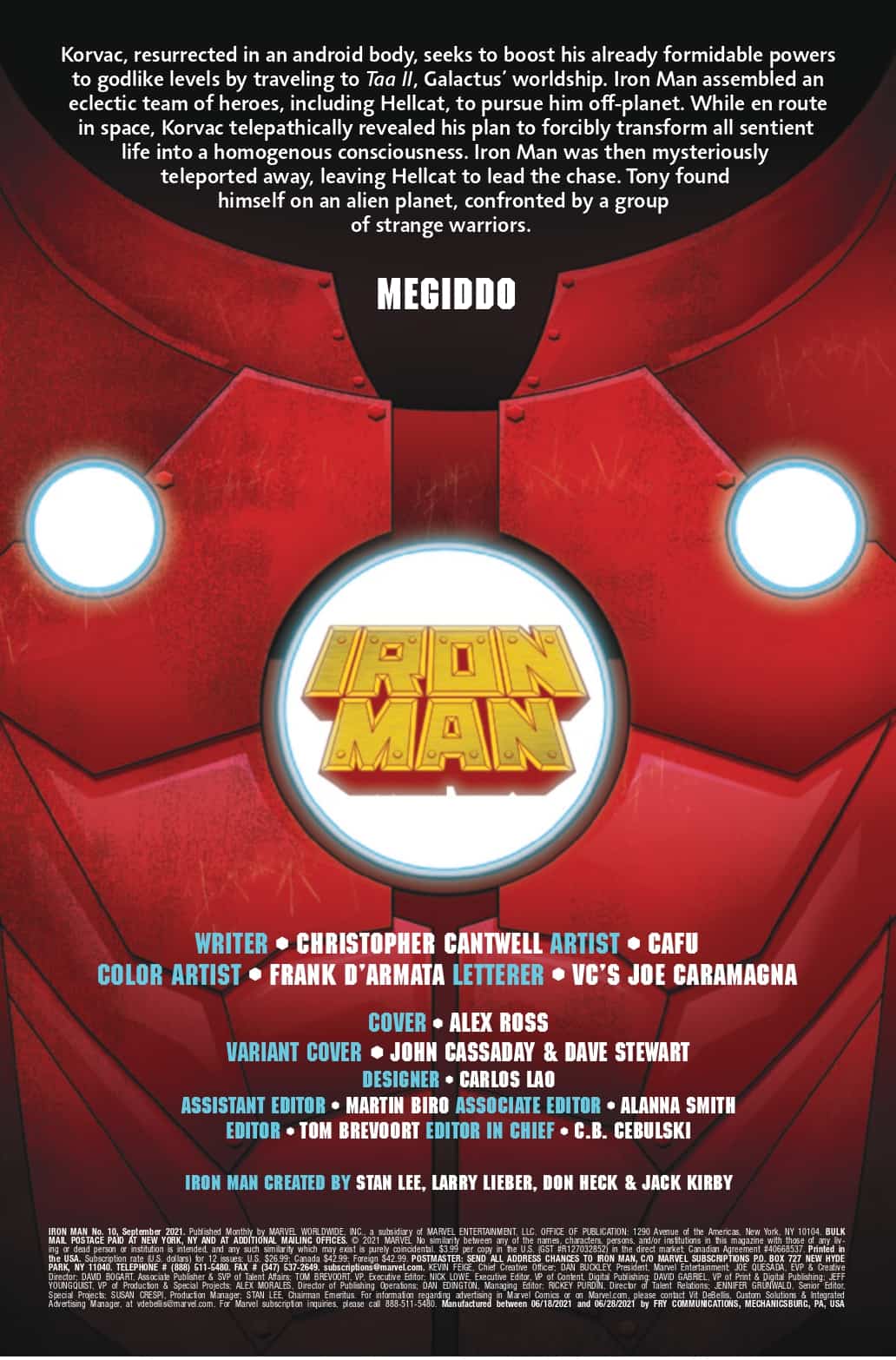 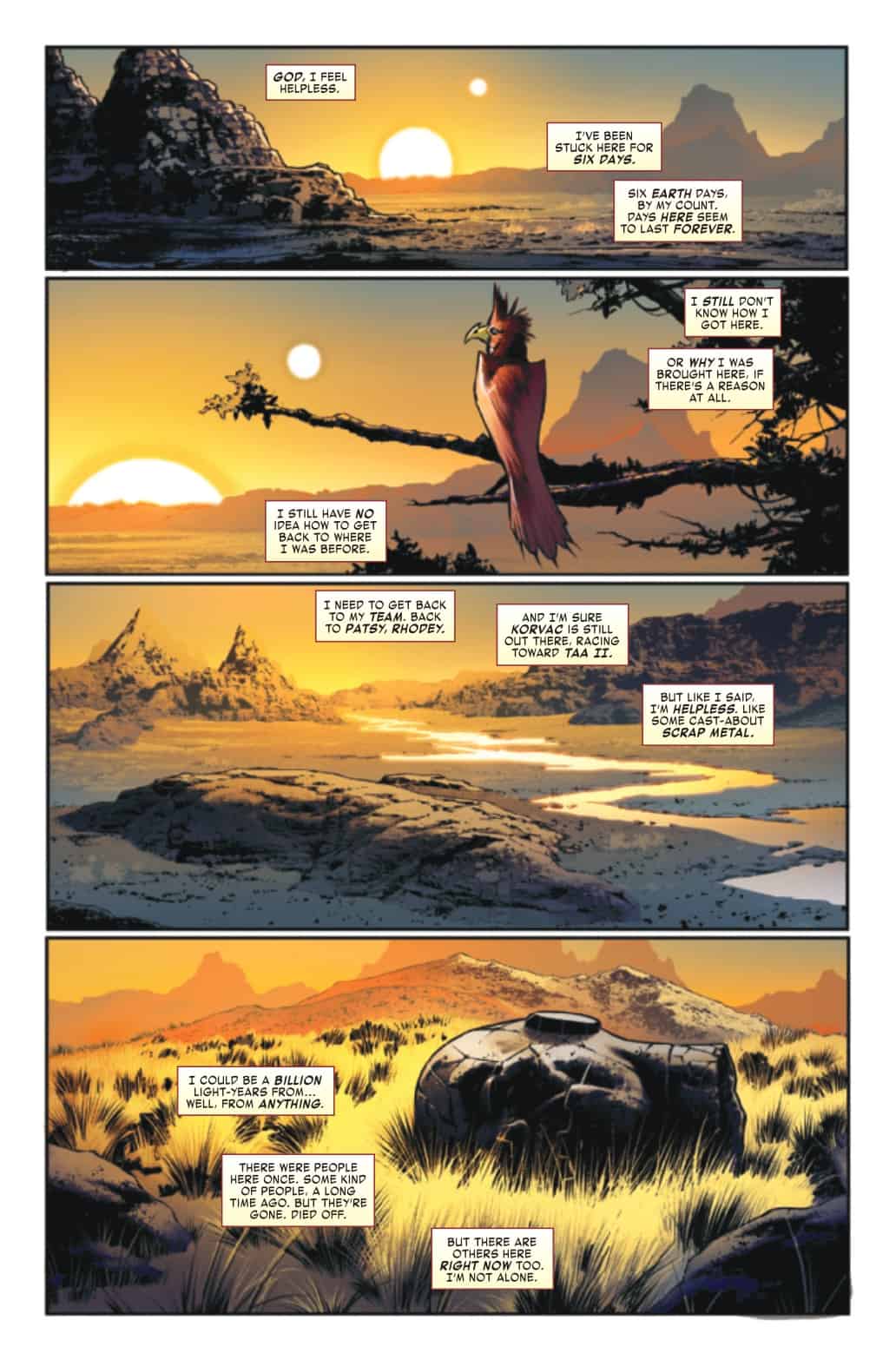 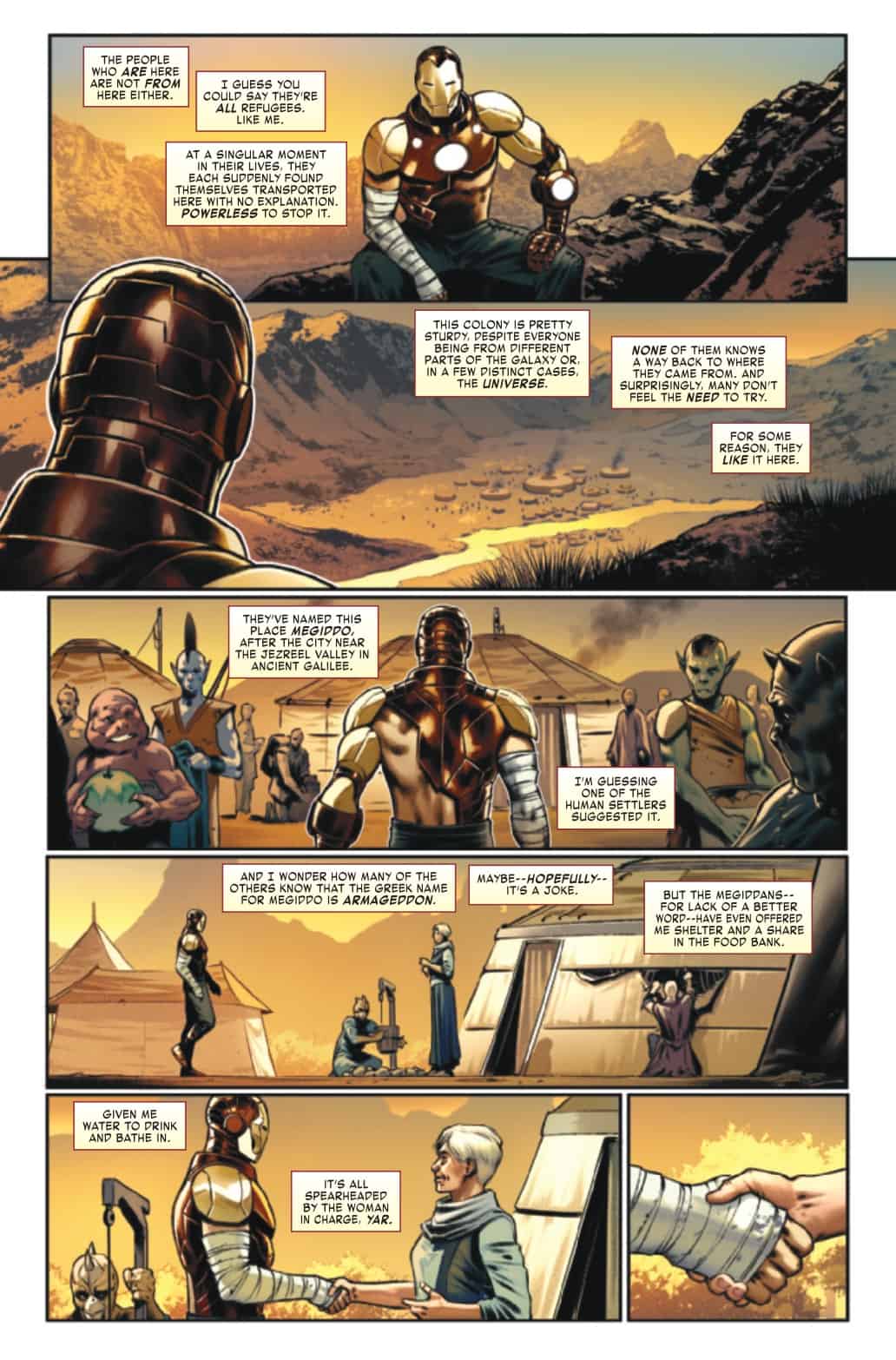 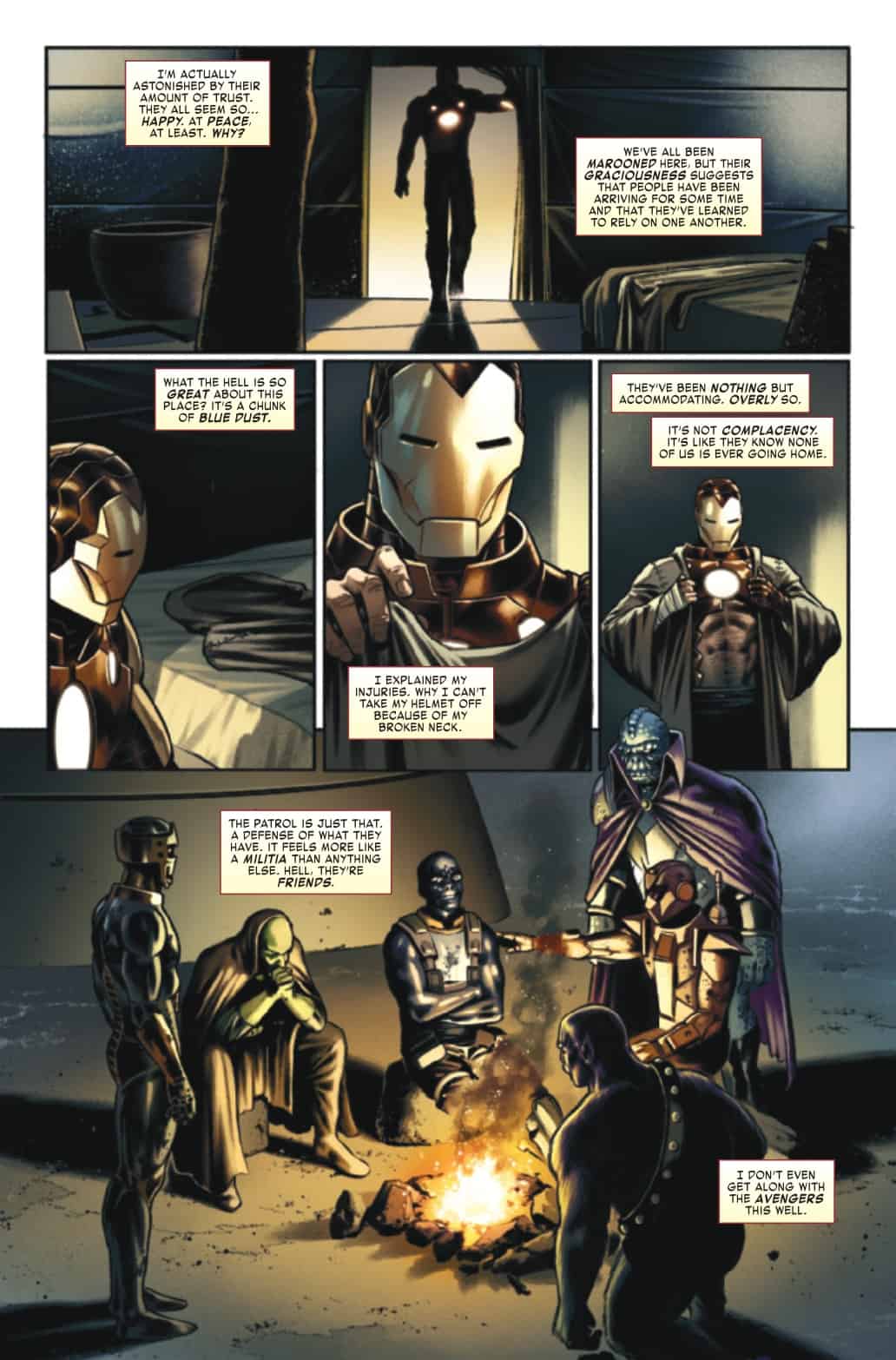