FIGHT AT THE MUSEUM! Miles Morales is investigating a series of monster attacks in Brooklyn when he runs into Ms. Marvel’s friend and ally AMULET! Together they connect the monsters to a series of cursed magical objects. But who activated them, and why? And can Spider-Man and Amulet find out before the monsters take them down too? ALSO IN THIS ISSUE: Part 6 (of 8) of “Infinite Fury”! 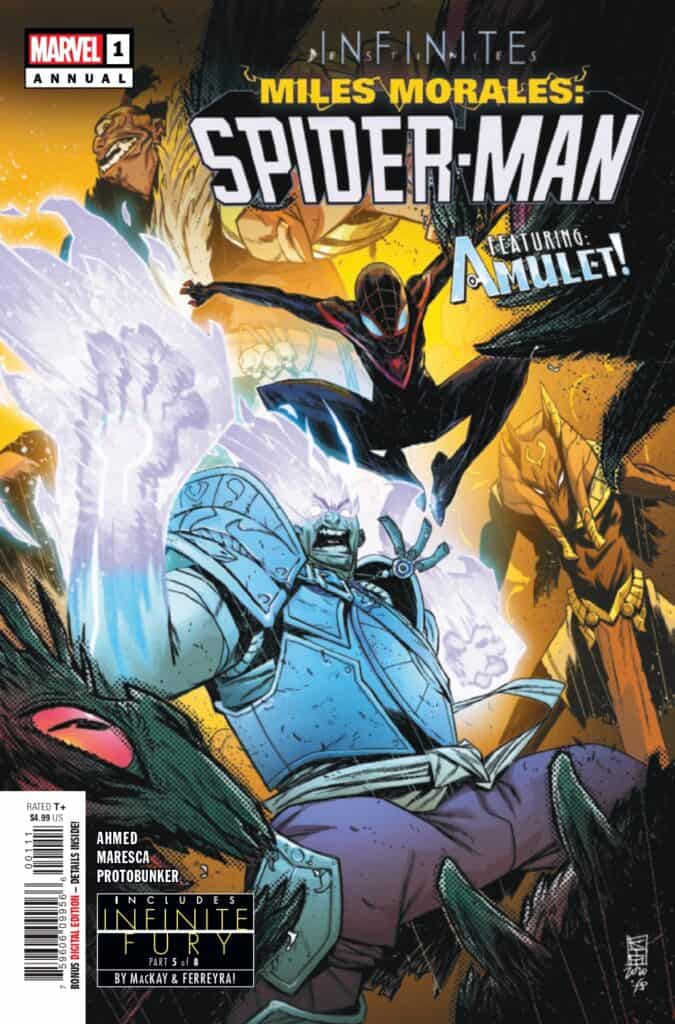 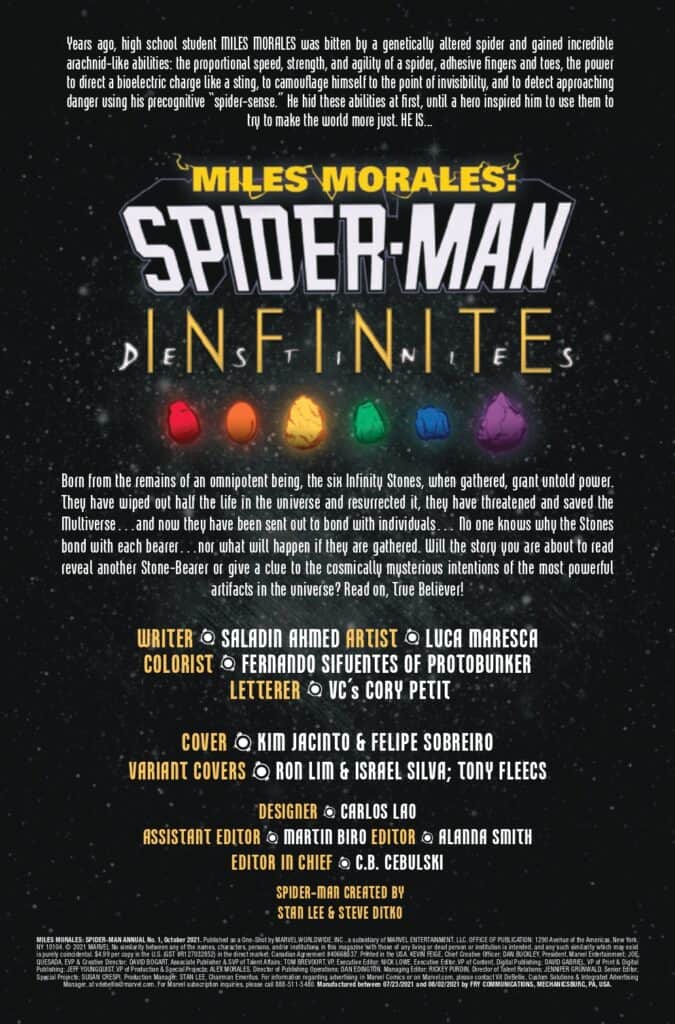 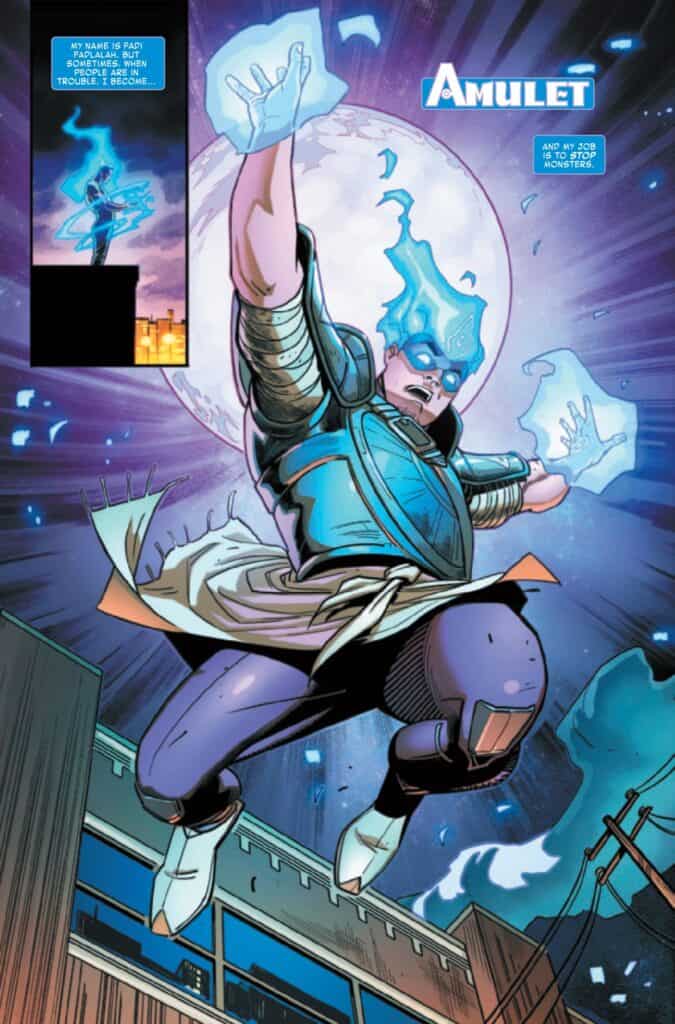 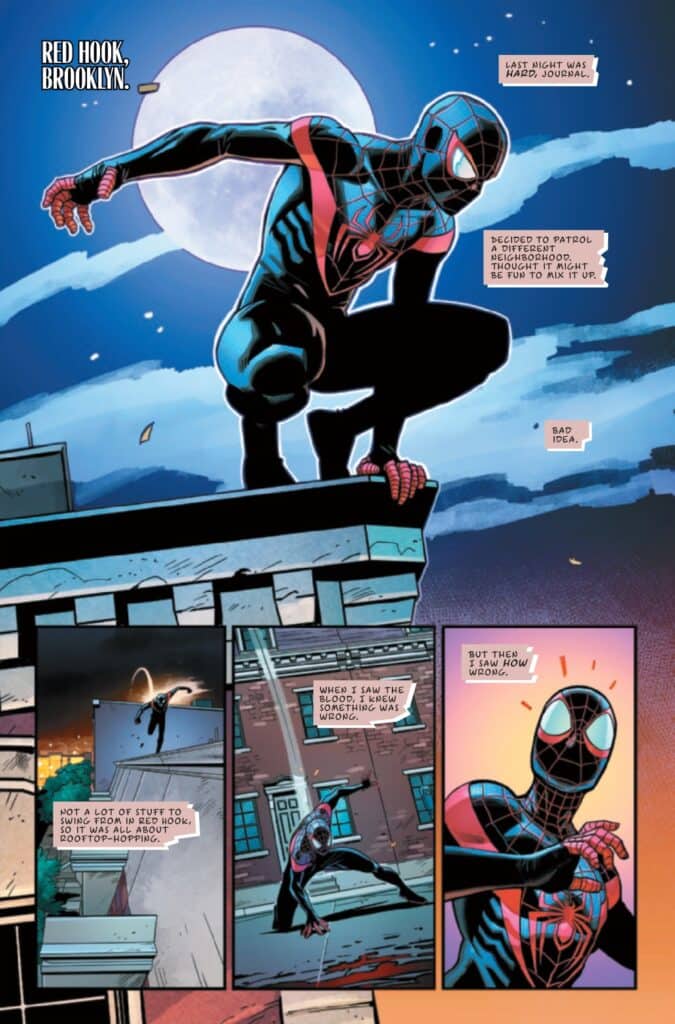 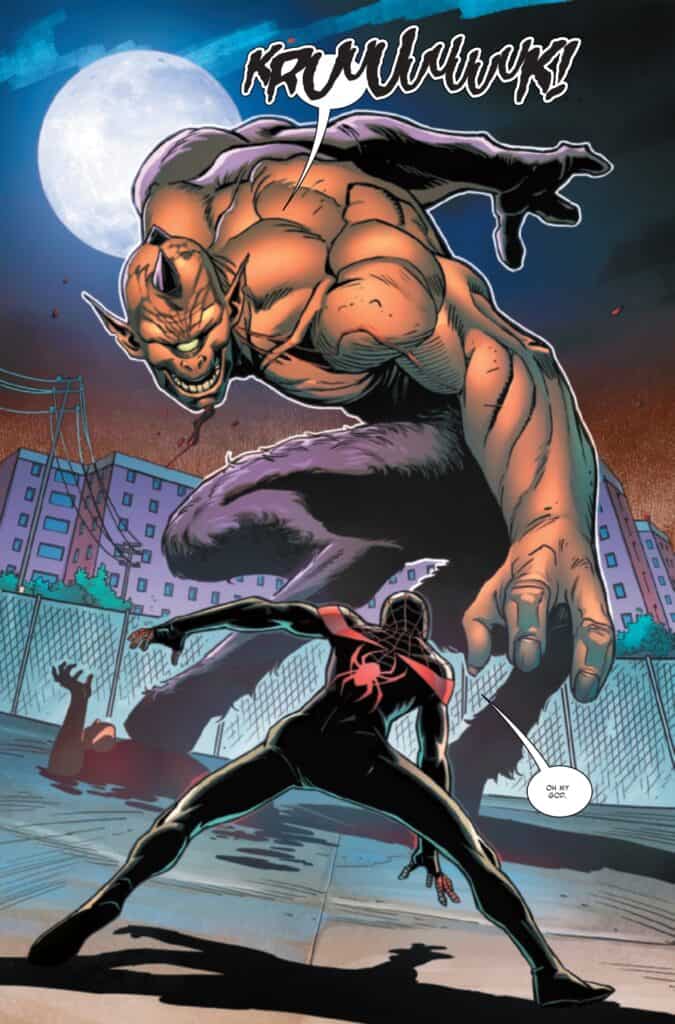 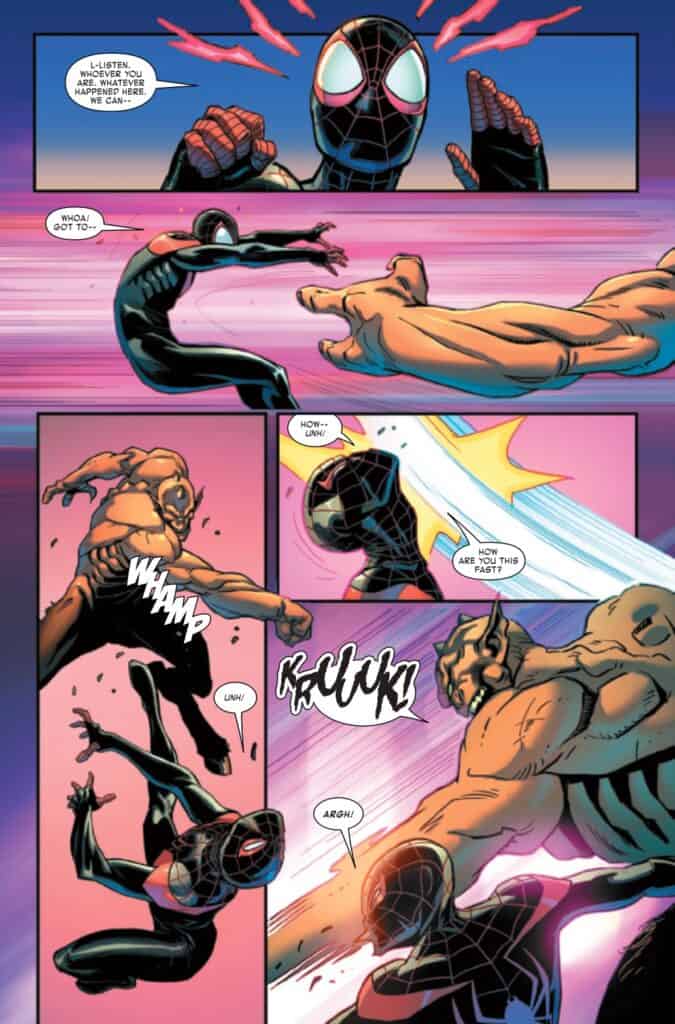 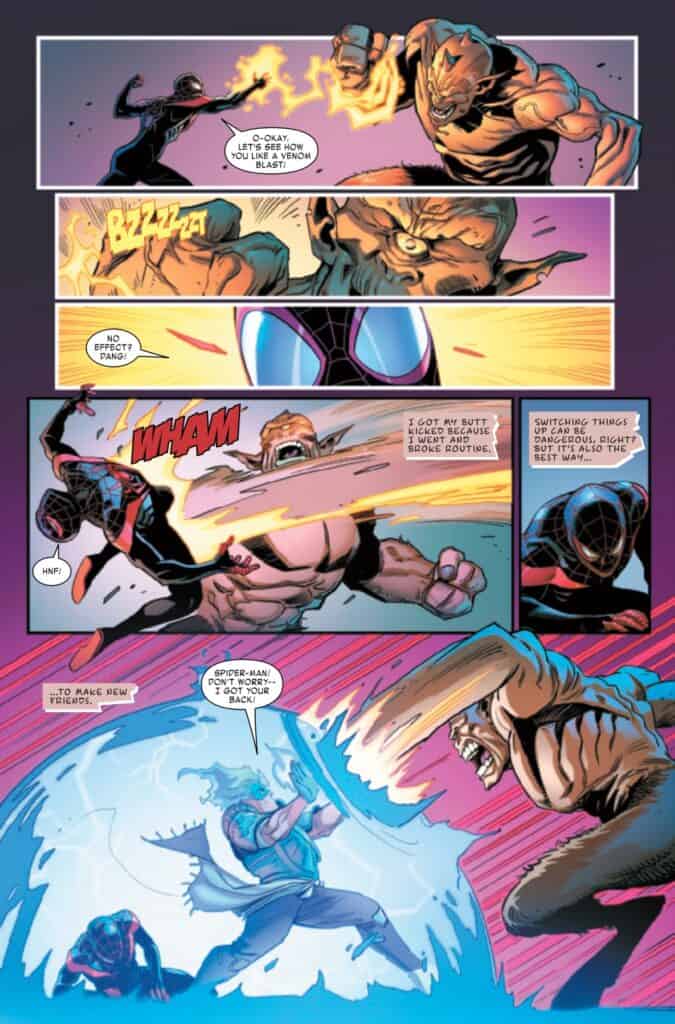