THE BIGGEST COMC EVENT OF THE STAR WARS GALAXY CONTINUES! Notorious bounty hunter BOBA FETT has tracked his missing prize – heroic smuggler HAN SOLO, frozen in carbonite – to the remote, frozen world of JEKARA. But representatives from many of the galaxy’s most powerful factions have gathered, and they all want the same thing – Solo. Things go from bad to worse, as Boba Fett realizes that he himself has become almost as valuable to the galaxy’s hunters as Han Solo, and he must turn to the least trustworthy person in the galaxy for help…DOCTOR APHRA… 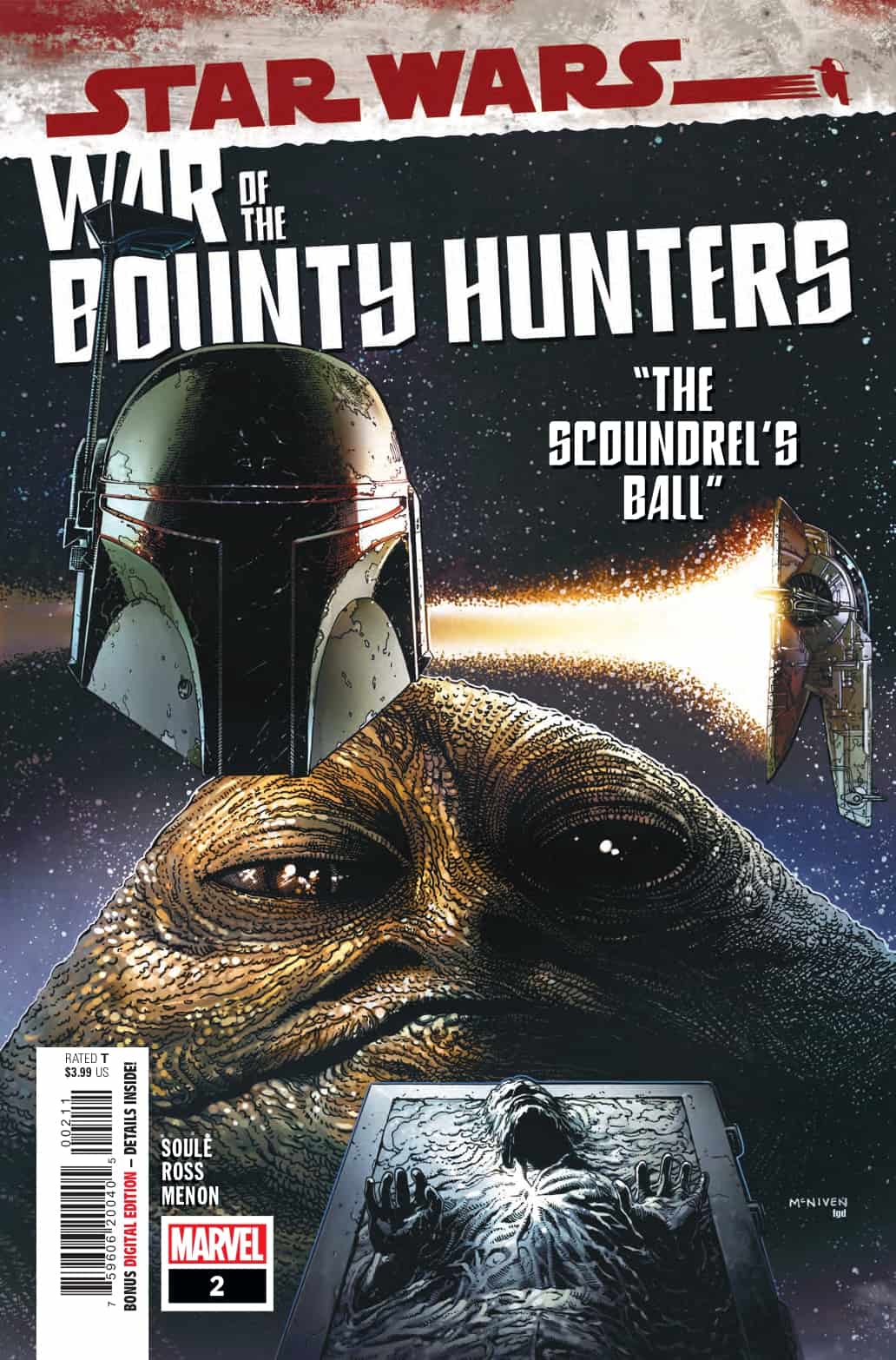 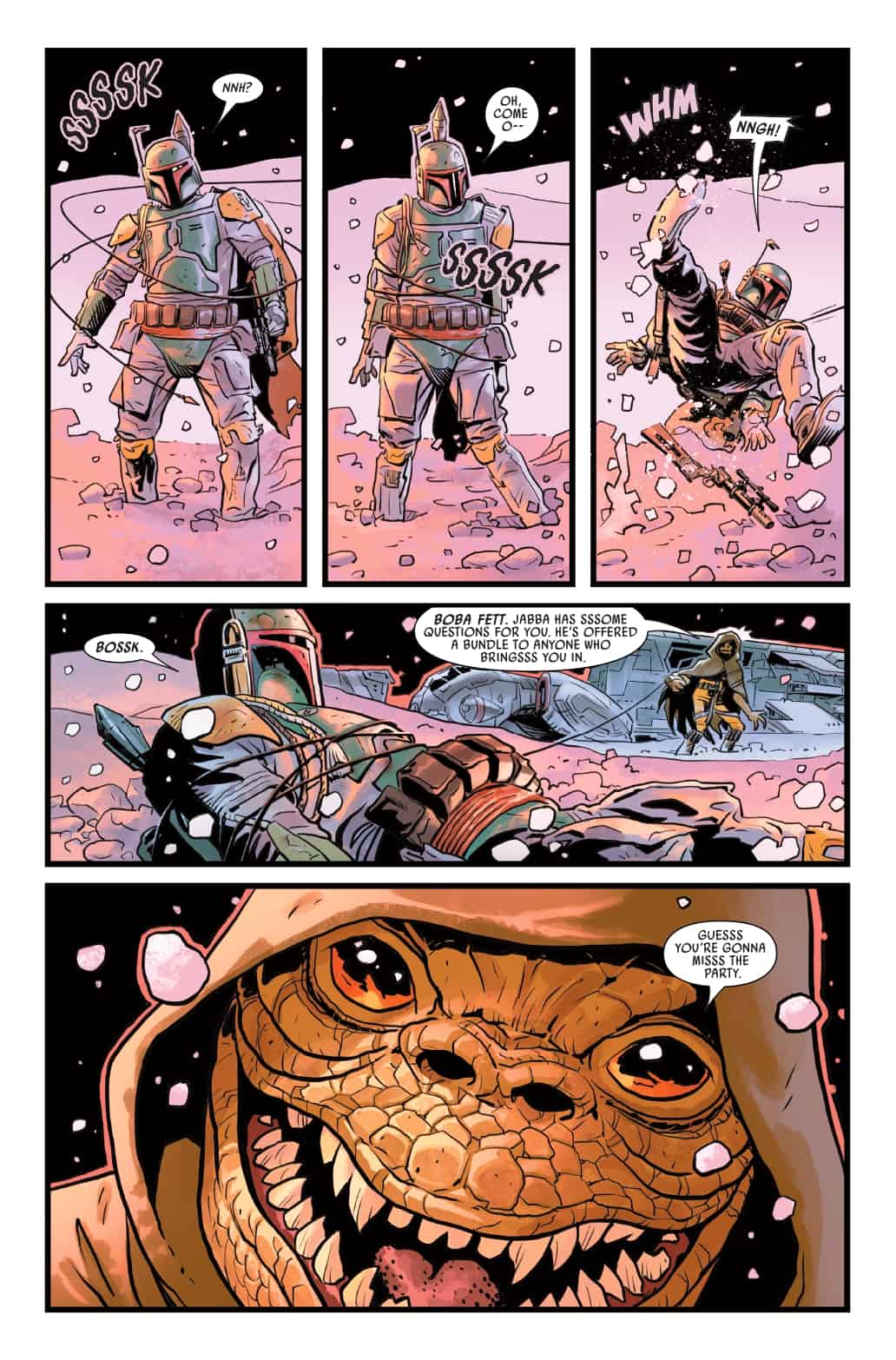 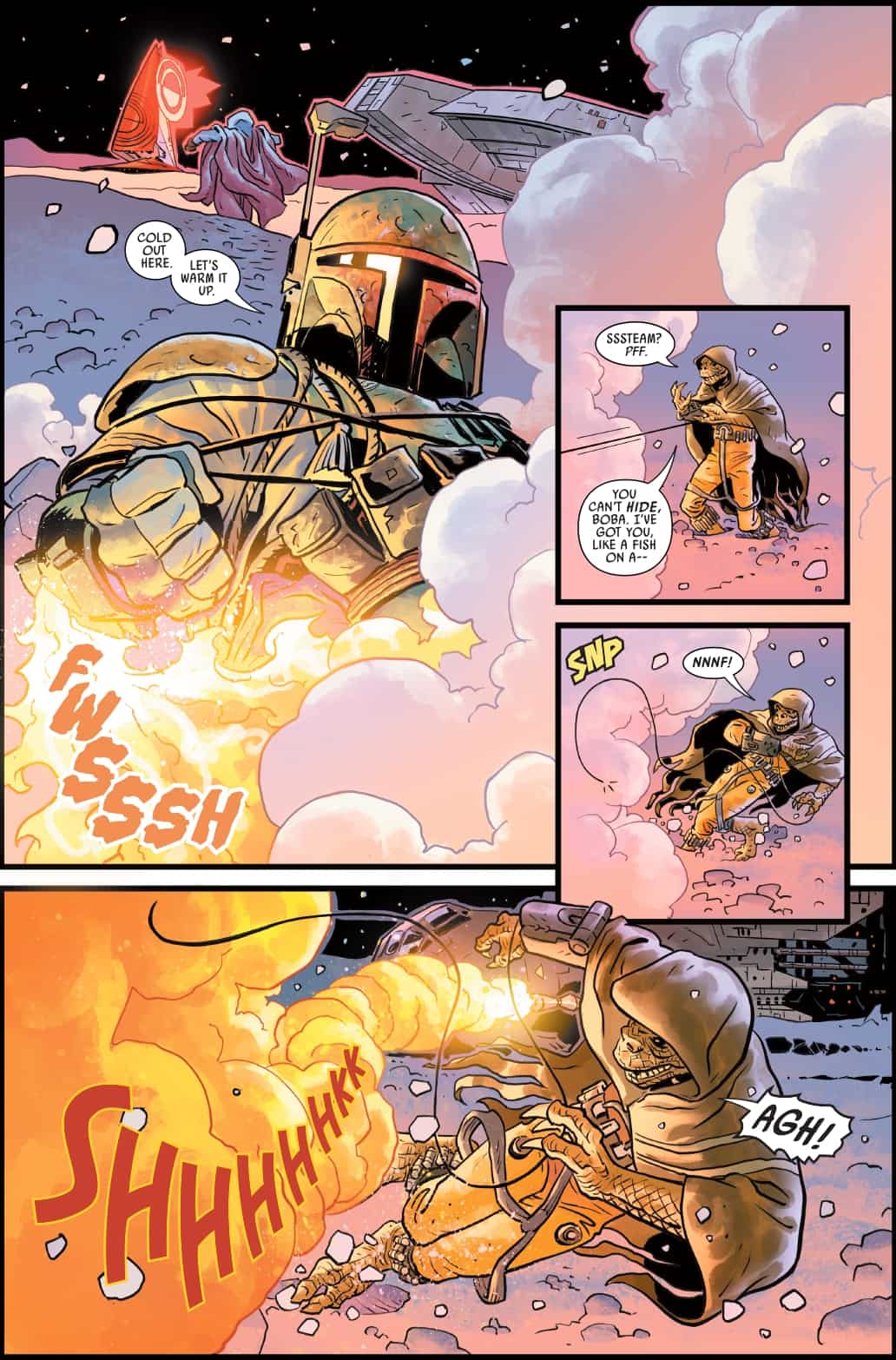 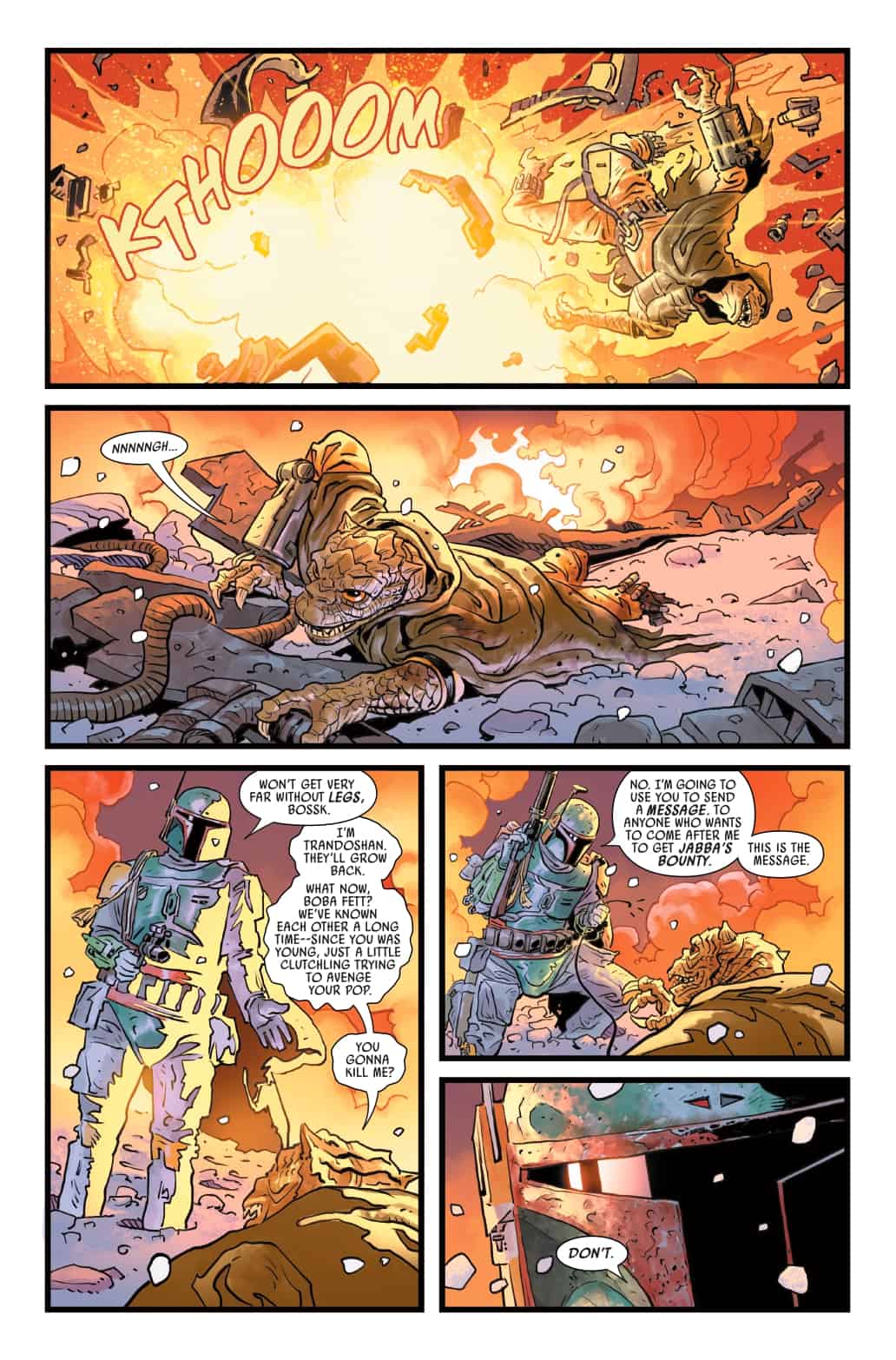 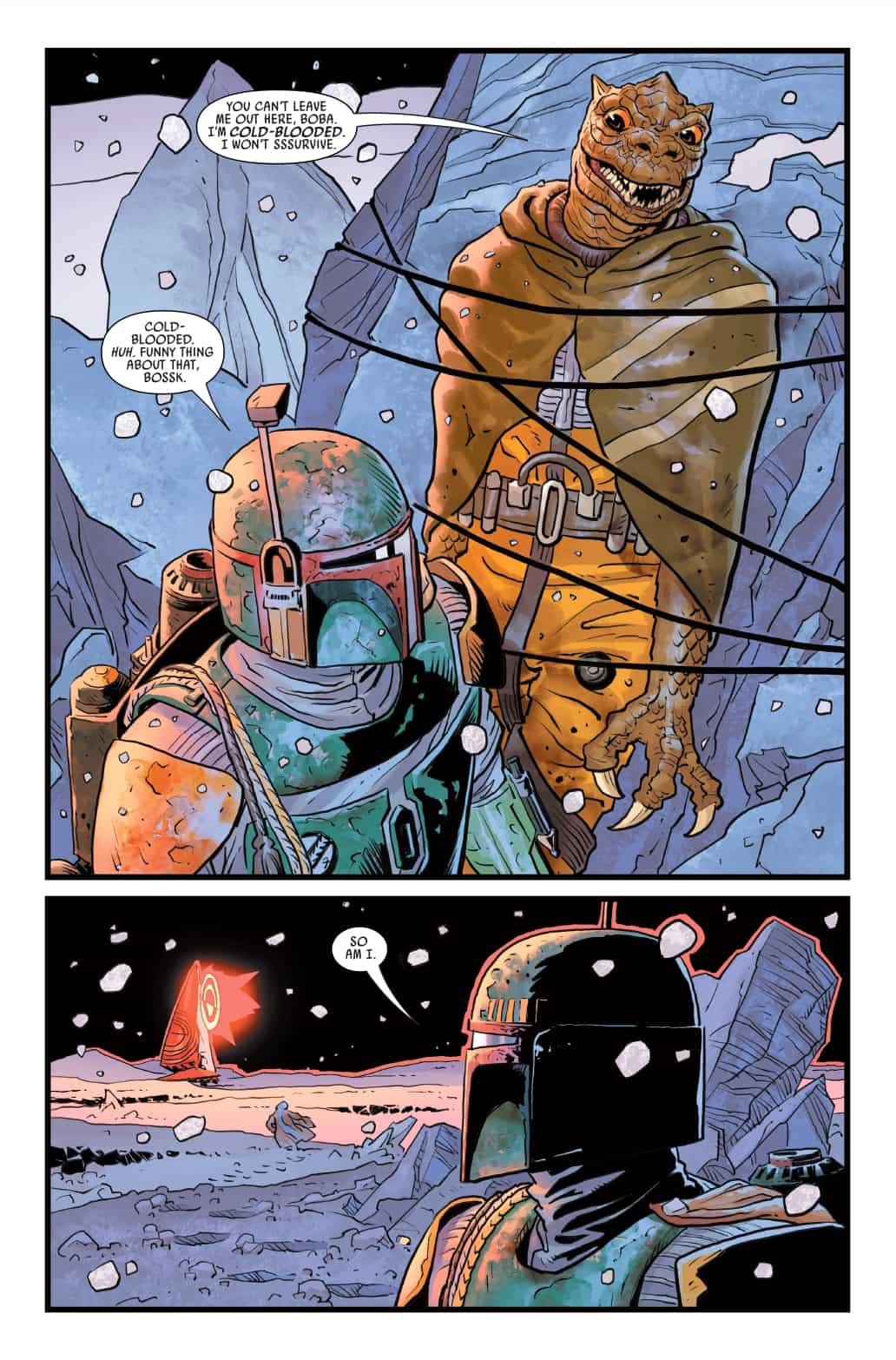