JABBA NEVER FORGIVES! JABBA NEVER FORGETS! JABBA THE HUTT is one of the most powerful and ruthless gangsters in the galaxy-and BOBA FETT, his most trusted bounty hunter, has failed him. How will Jabba deal with betrayal? VIOLENTLY. And what does this have to do with a bounty hunter with ties to the HIGH REPUBLIC? Justina Ireland and Luca Pizzari’s hutt-sized spectacular is the first of four action-packed “War of the Bounty Hunters” tie-ins about the criminal underworld’s most notorious hunters and scoundrels, all told by the best Star Wars writers and illustrators in the galaxy. 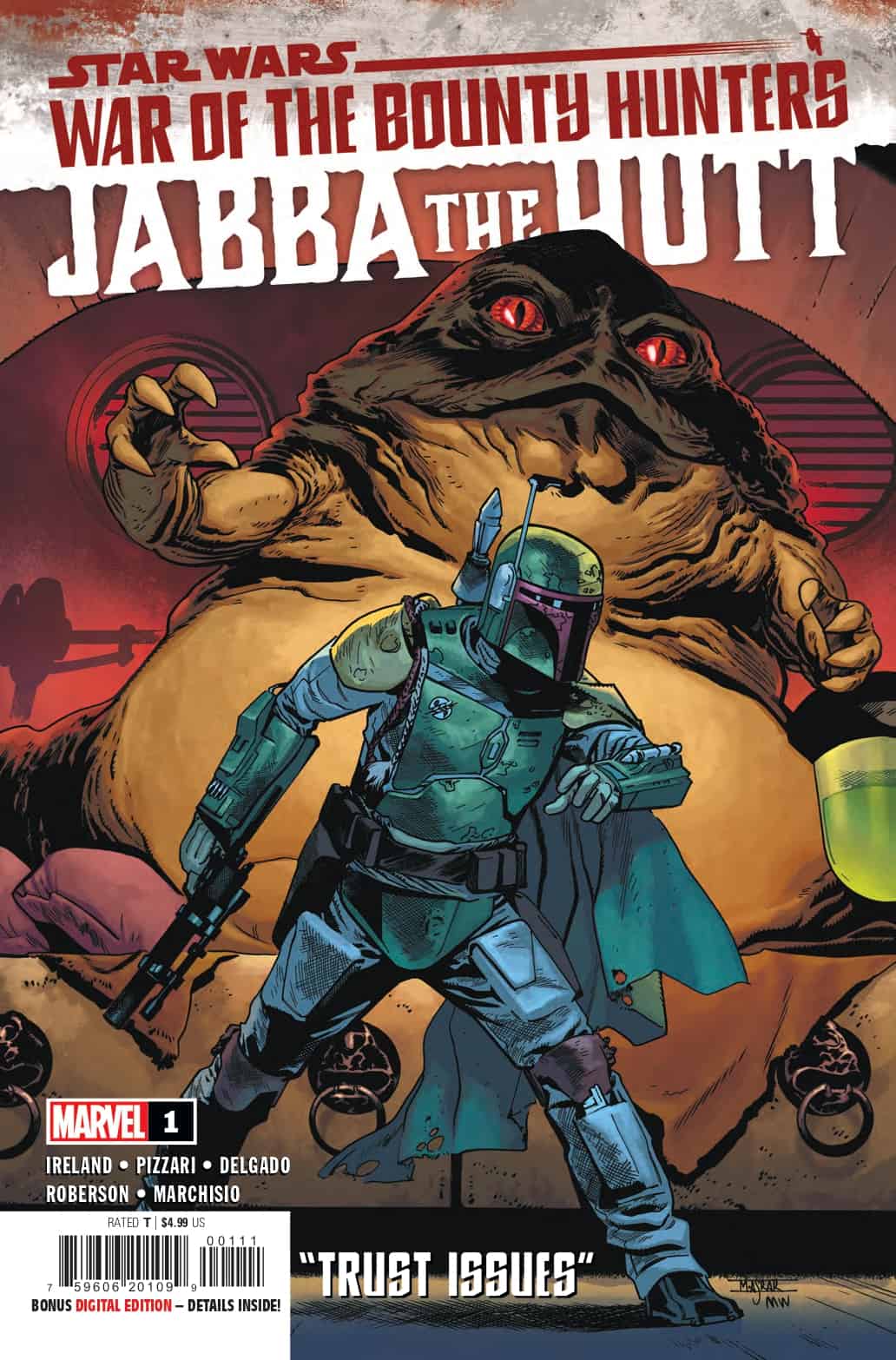 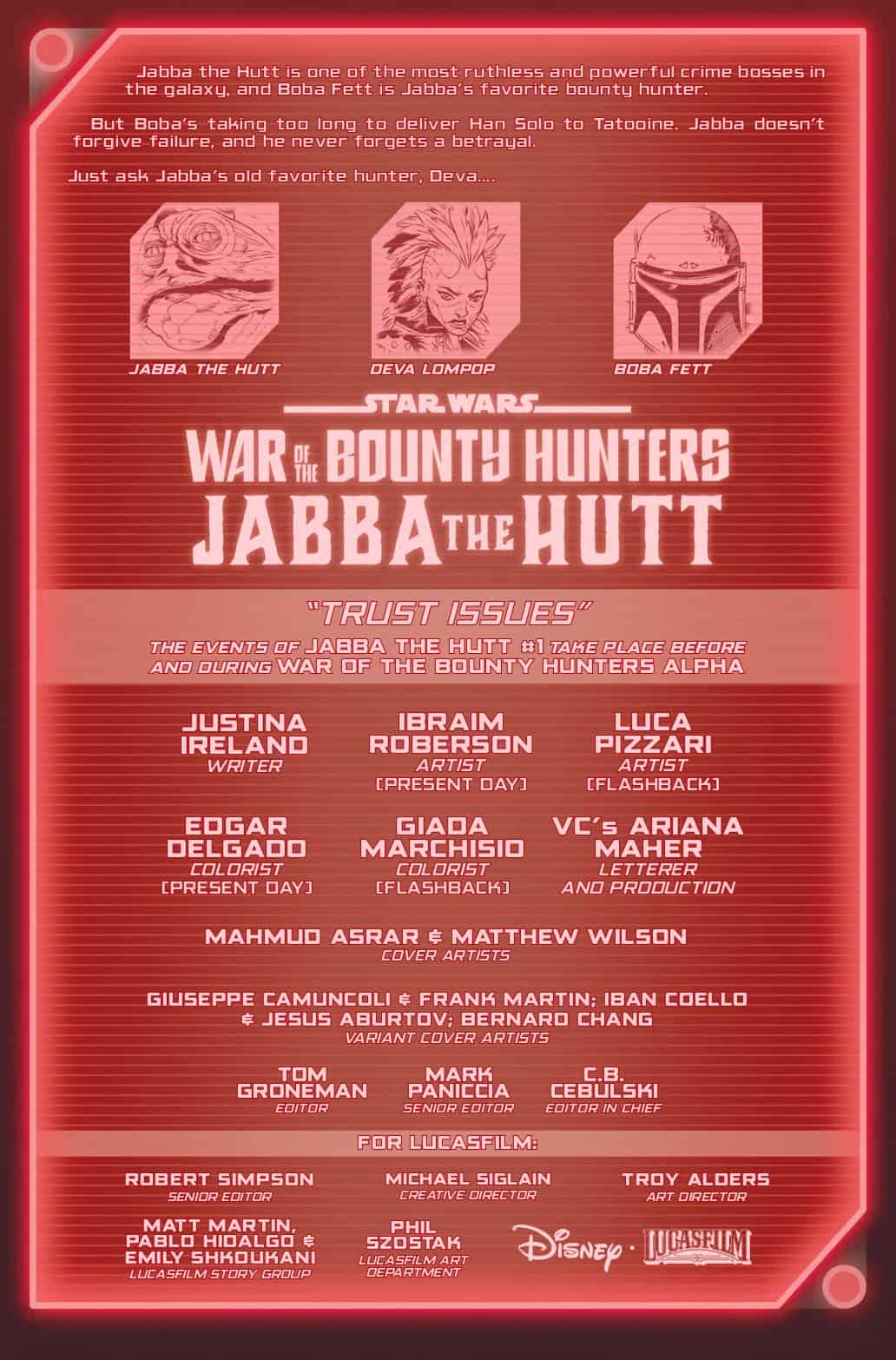 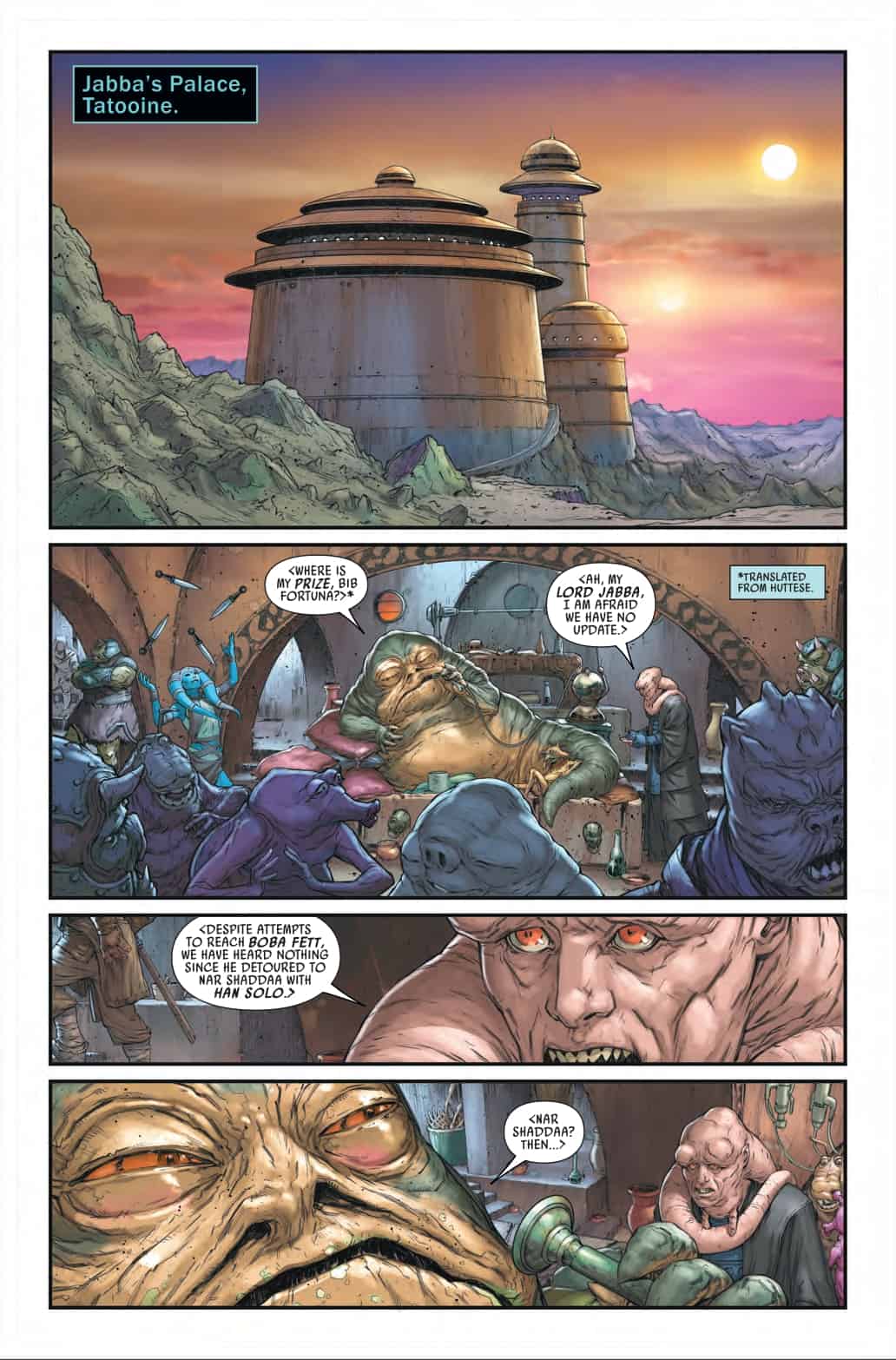 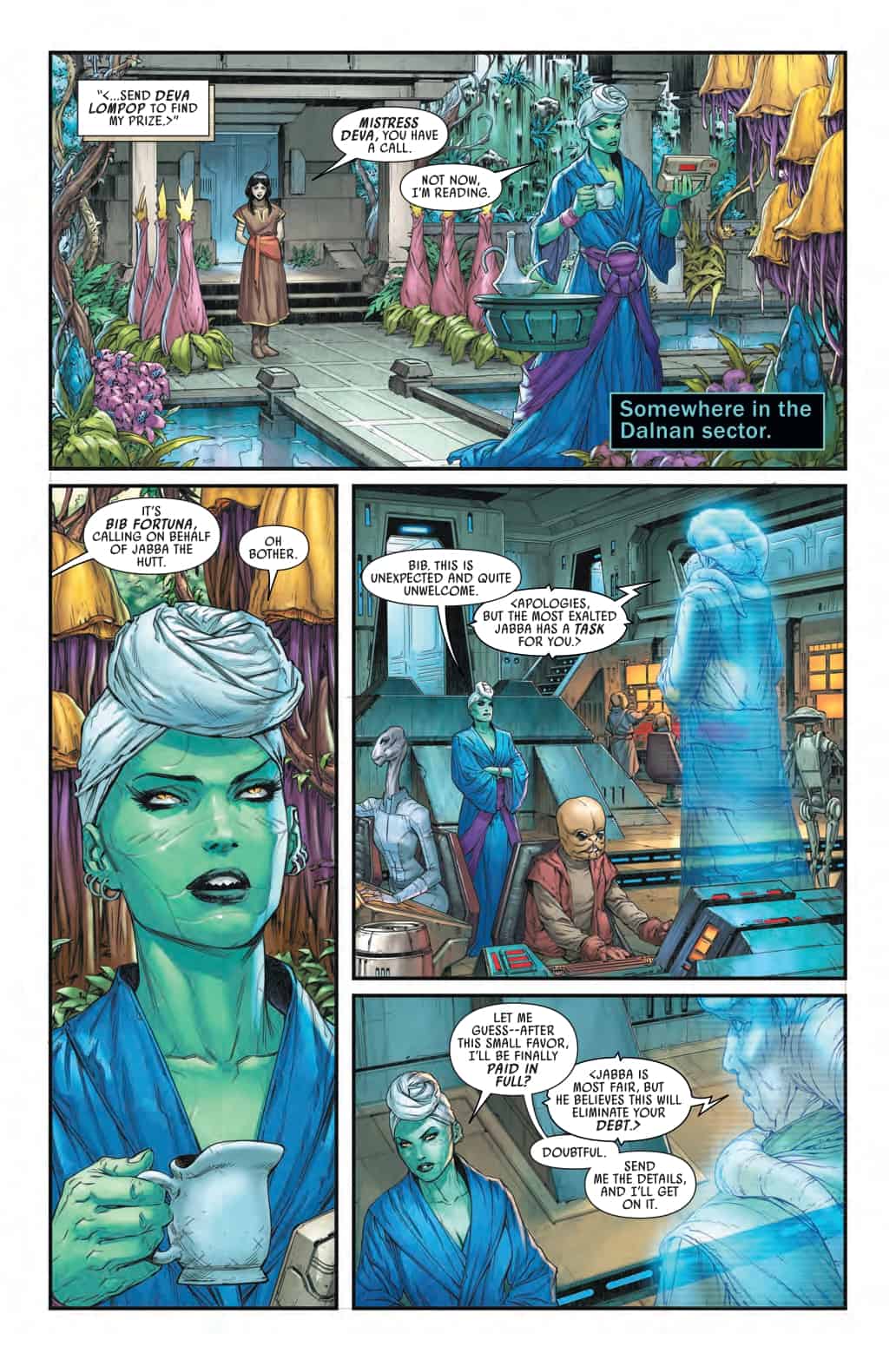 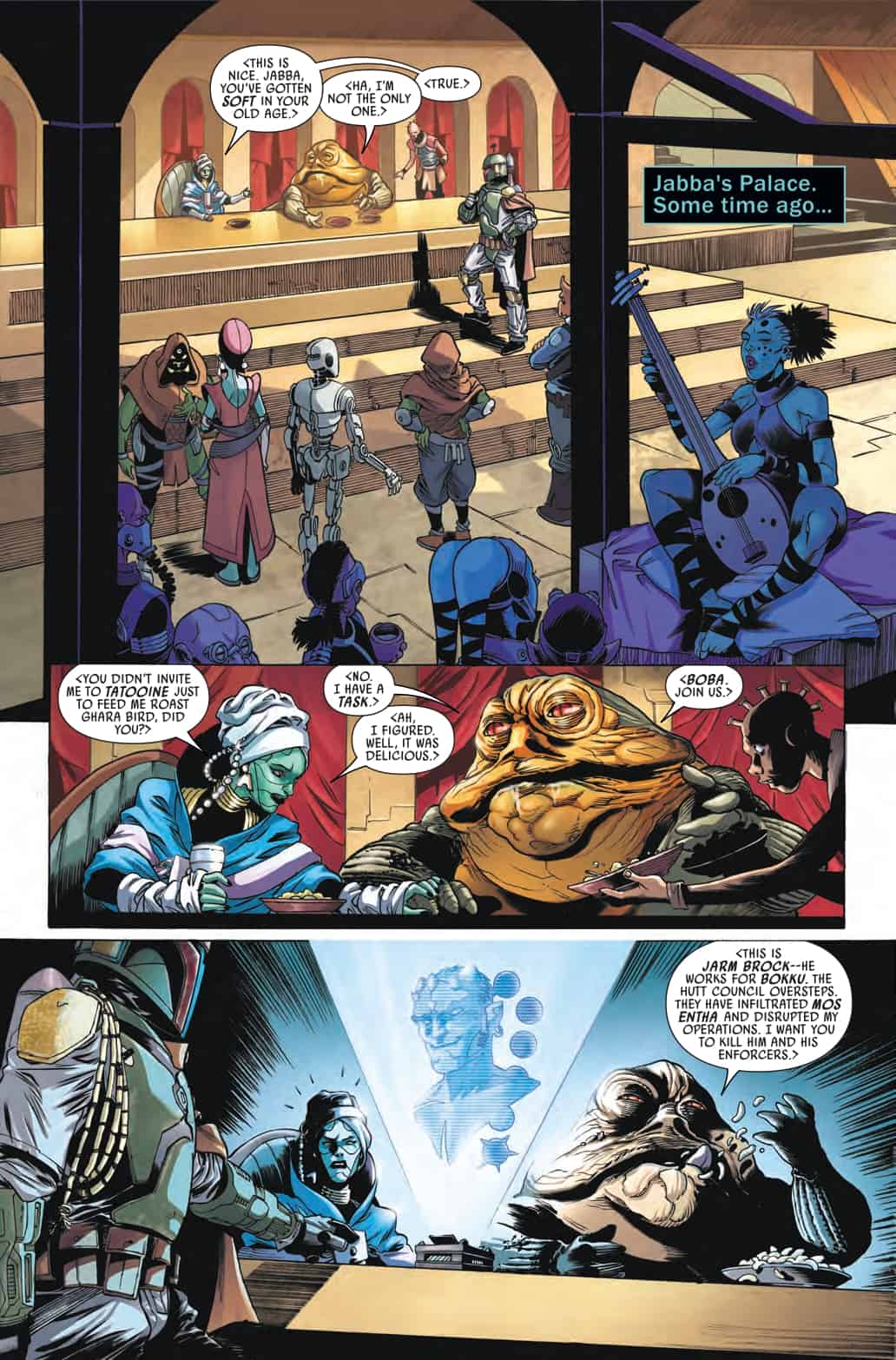 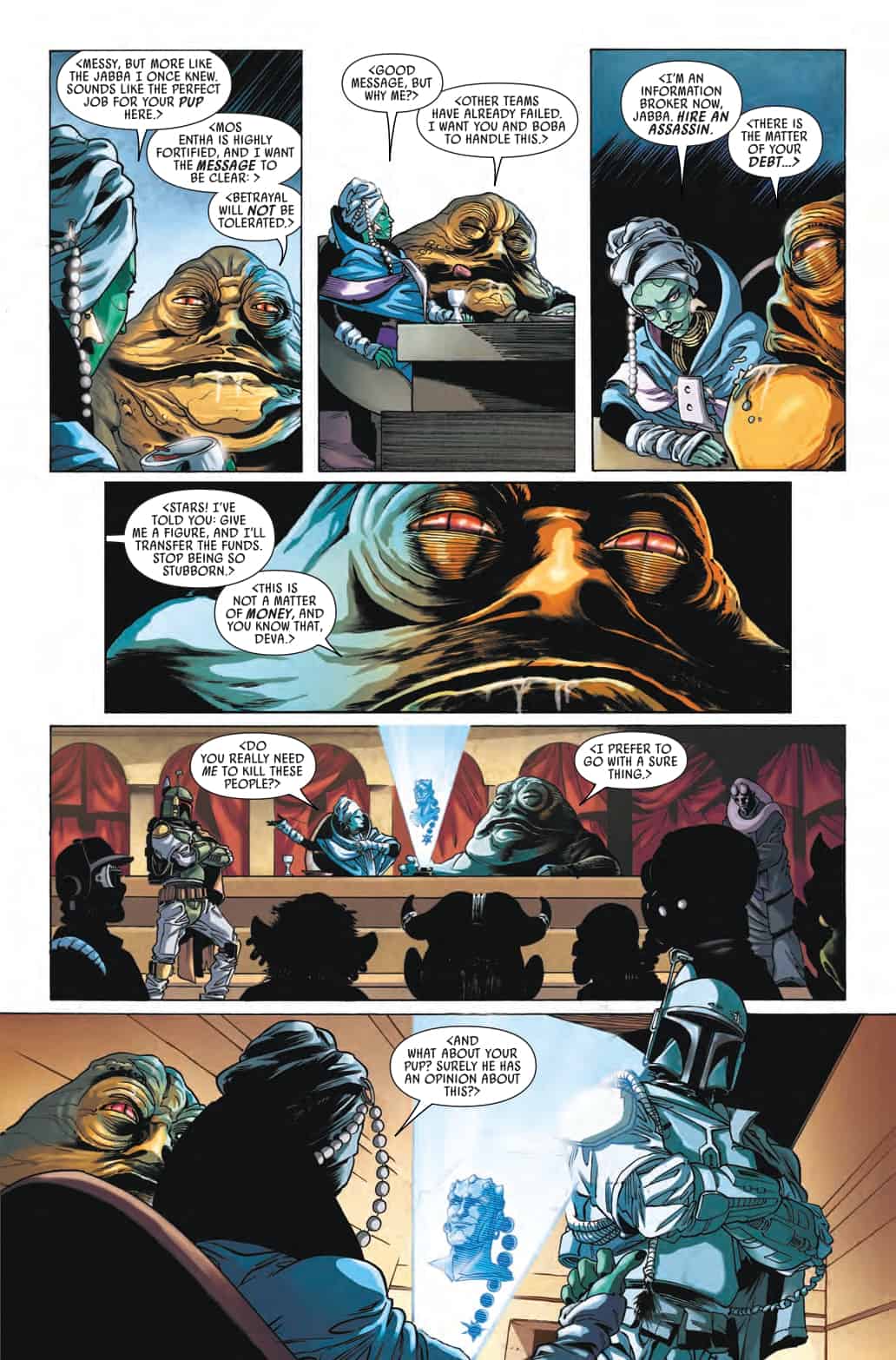 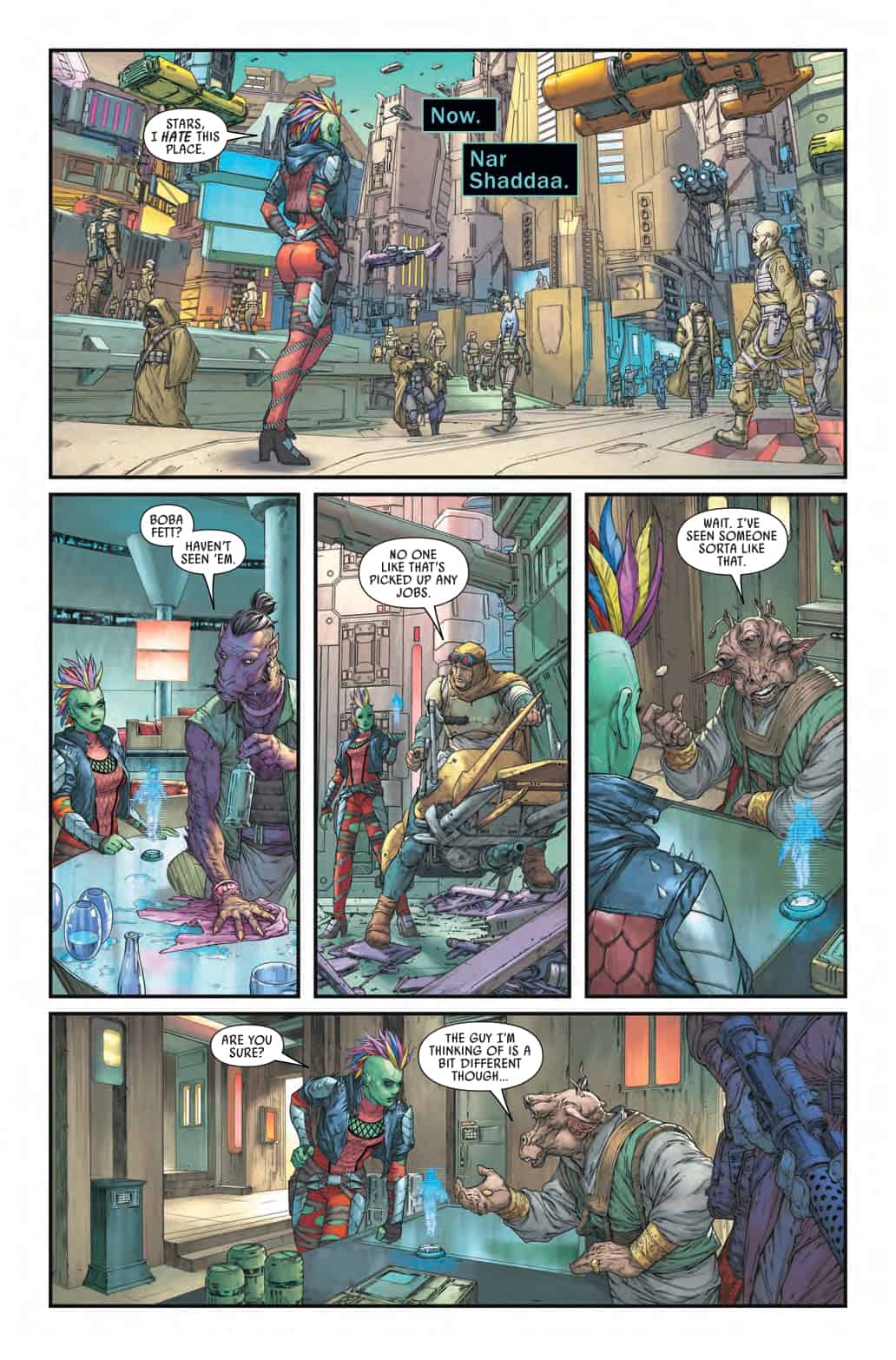