March 1941. Assigned to safeguard President Roosevelt during a fishing trip in the Bahamas, the newly commissioned Cap endures his baptism under fire – while a German U-boat (carrying the Nazi super-soldier called Der Wunderkrieger (or Wonder Warrior) heads for the island chain’s capital! His mission: to kidnap England’s once-king, the Duke of Windsor, and sit him on the throne of a defeated Britain! But others happen to be in that part of the Atlantic as well – the once-bitter rivals the Sub-Mariner and the Human Torch! 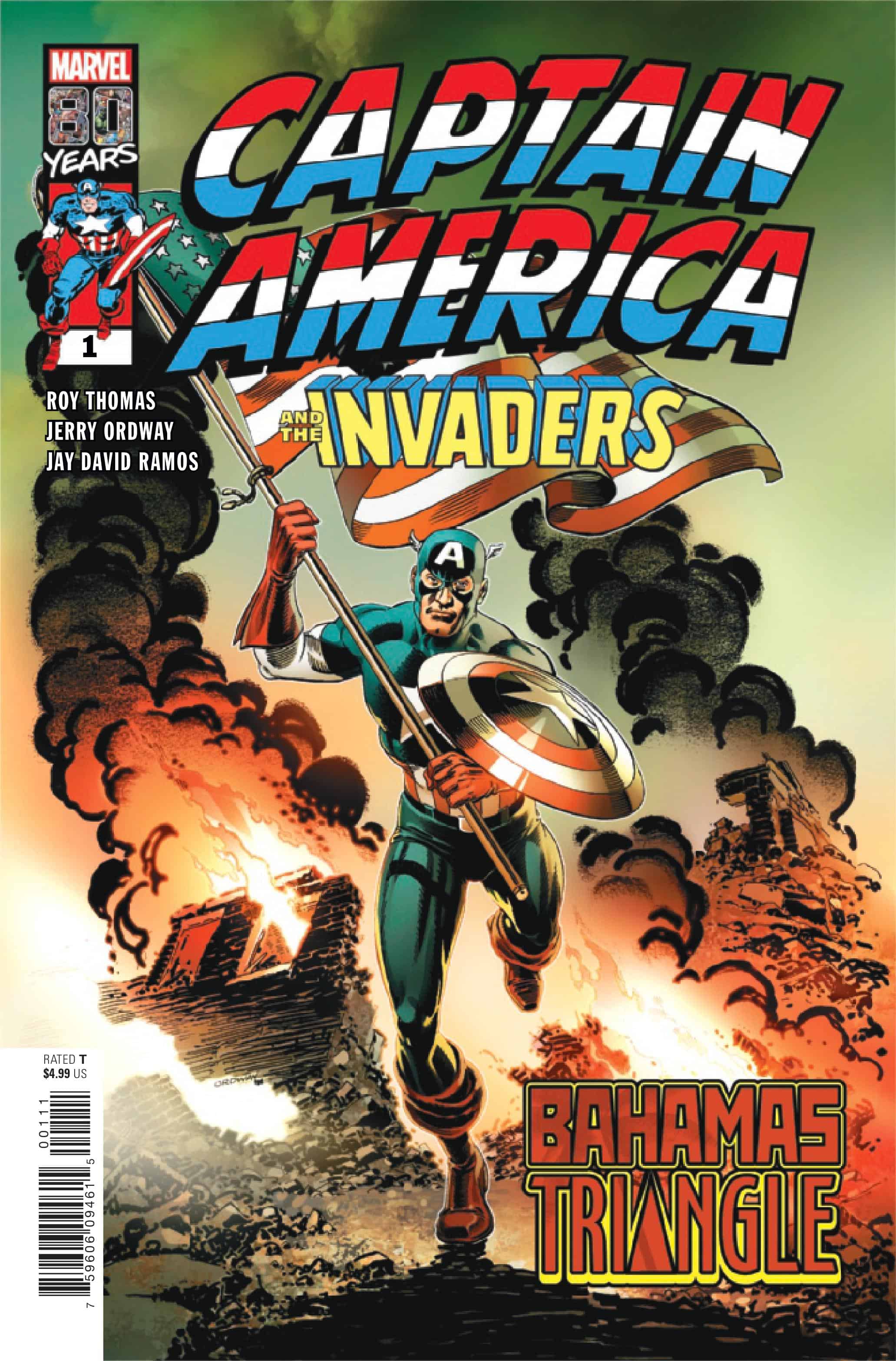 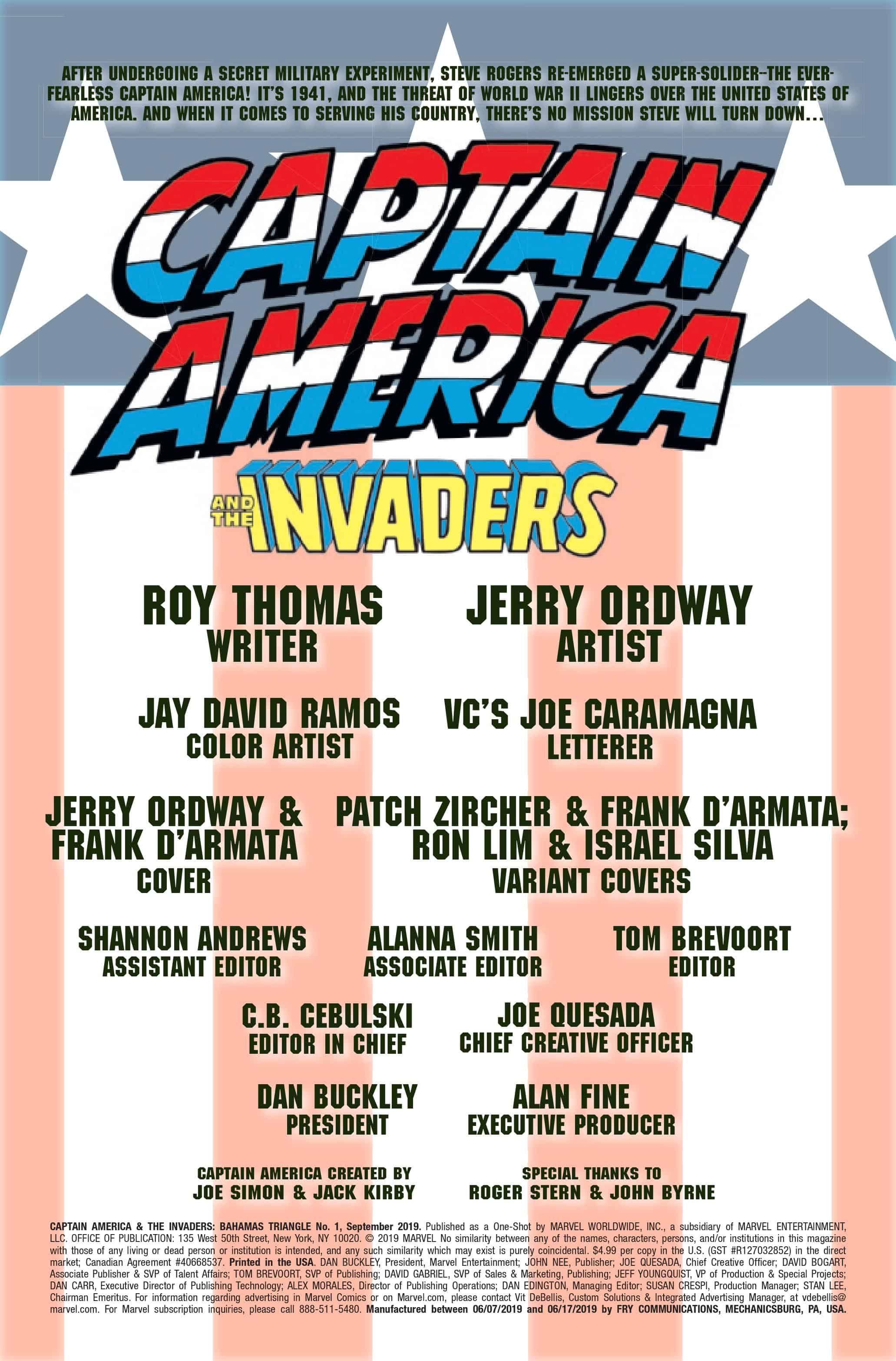 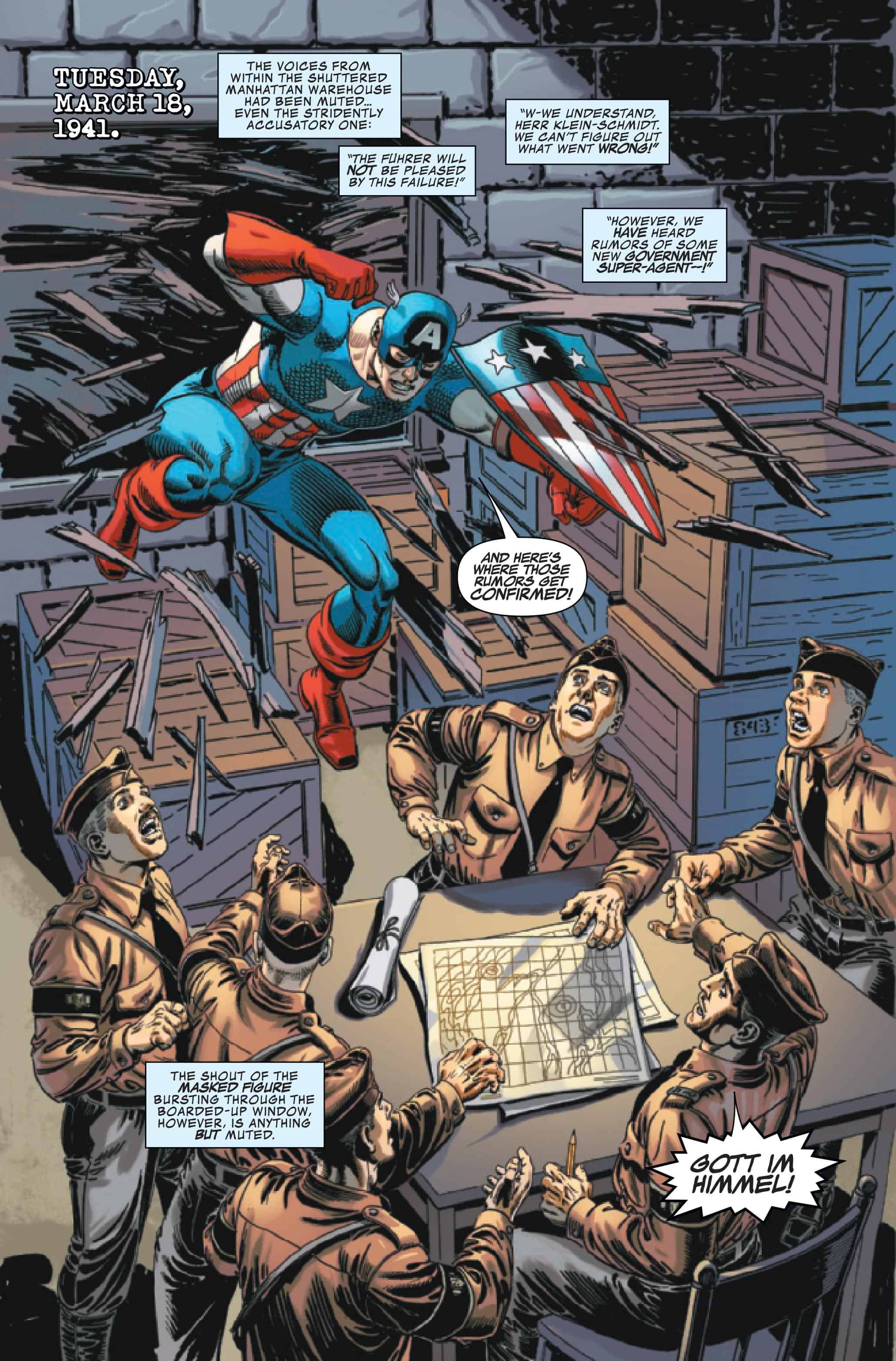 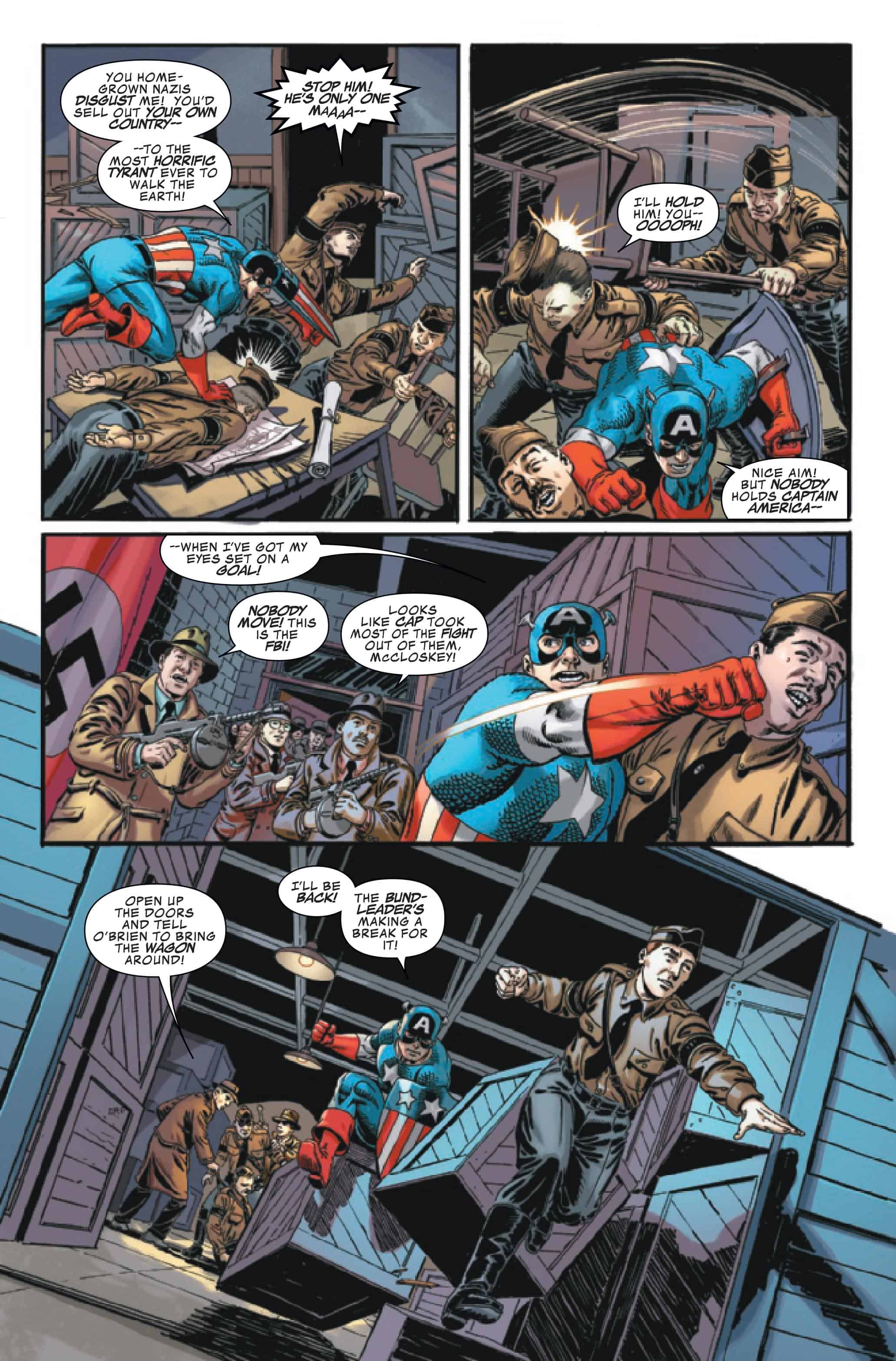 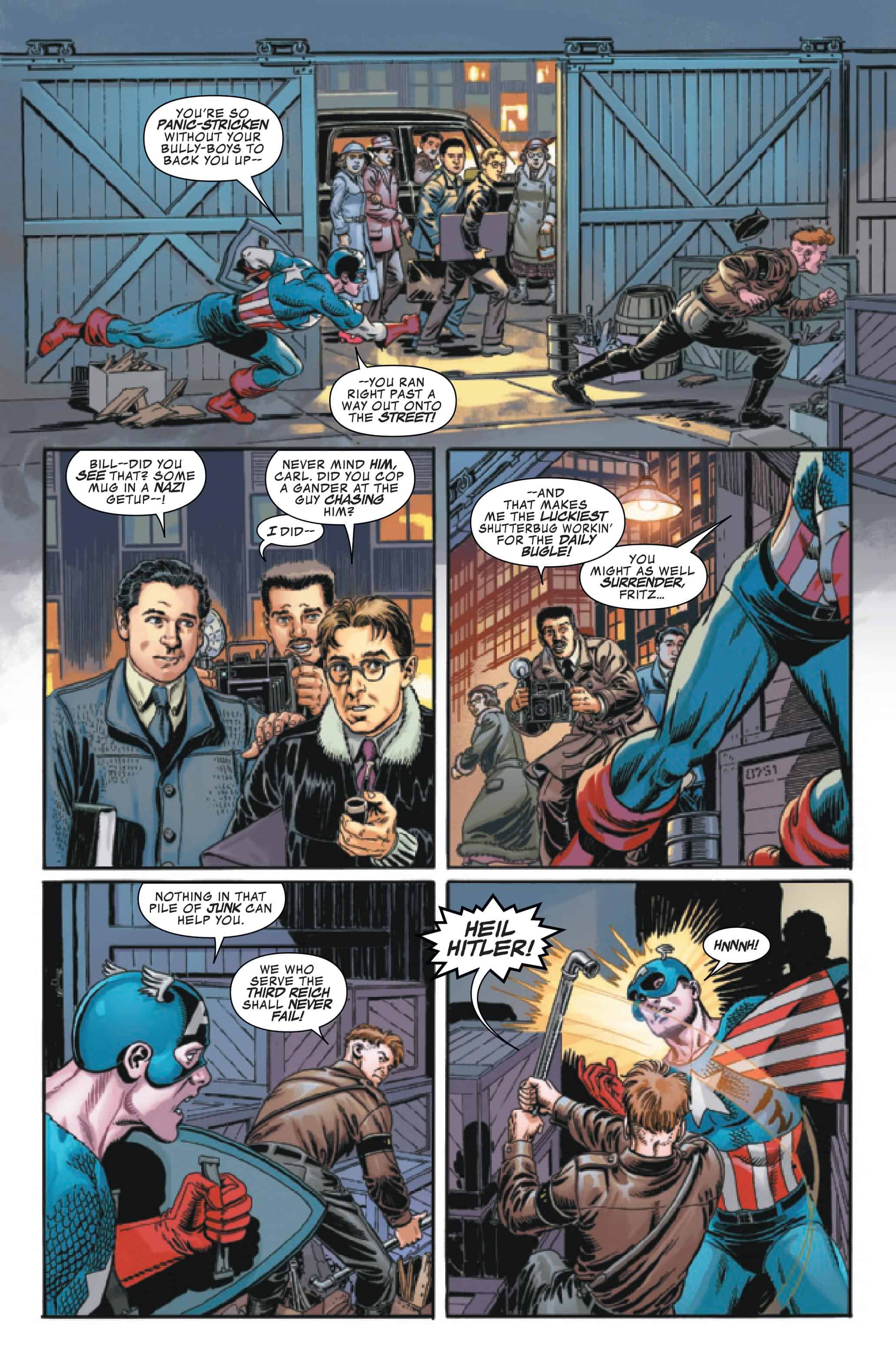 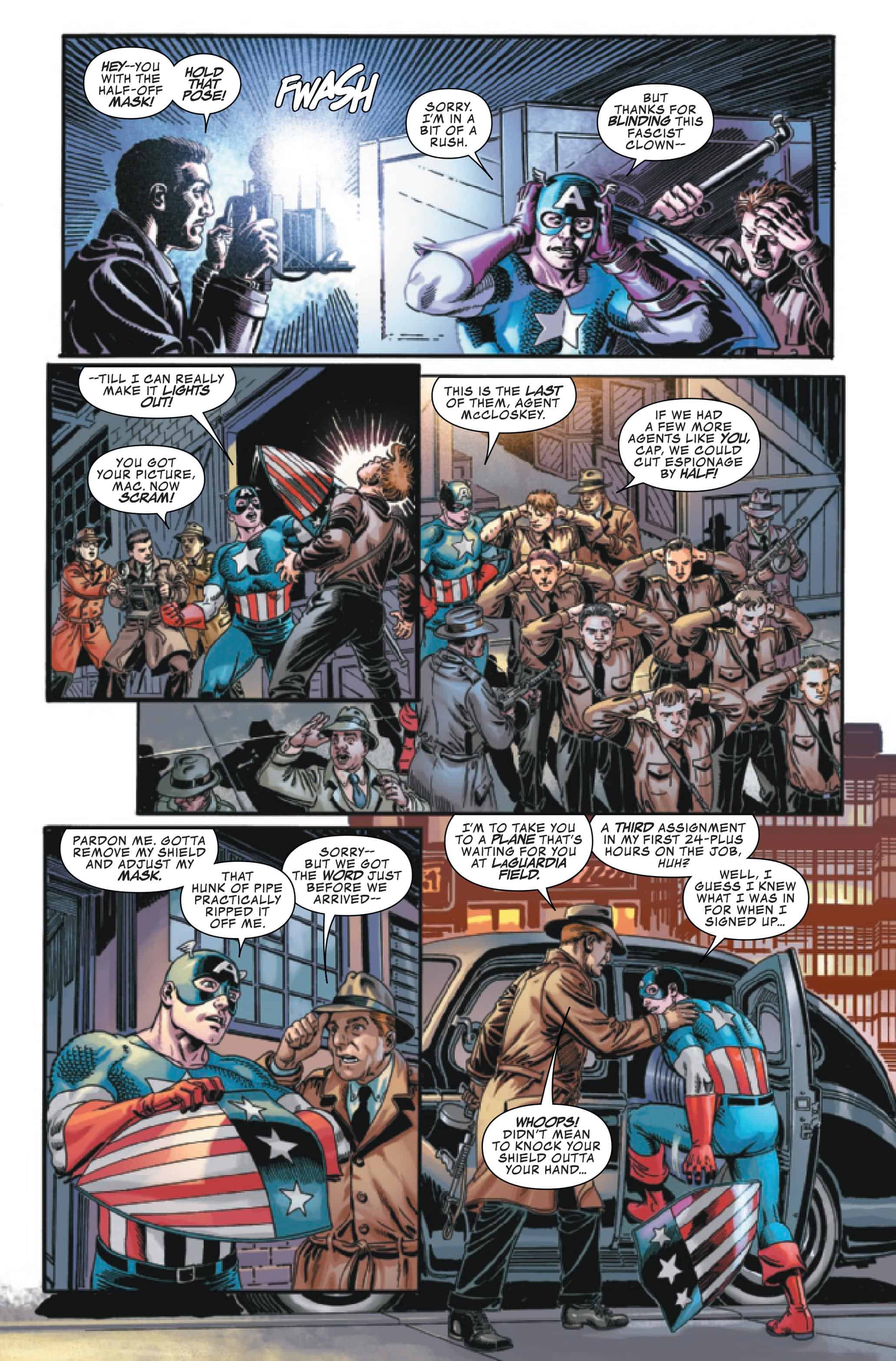 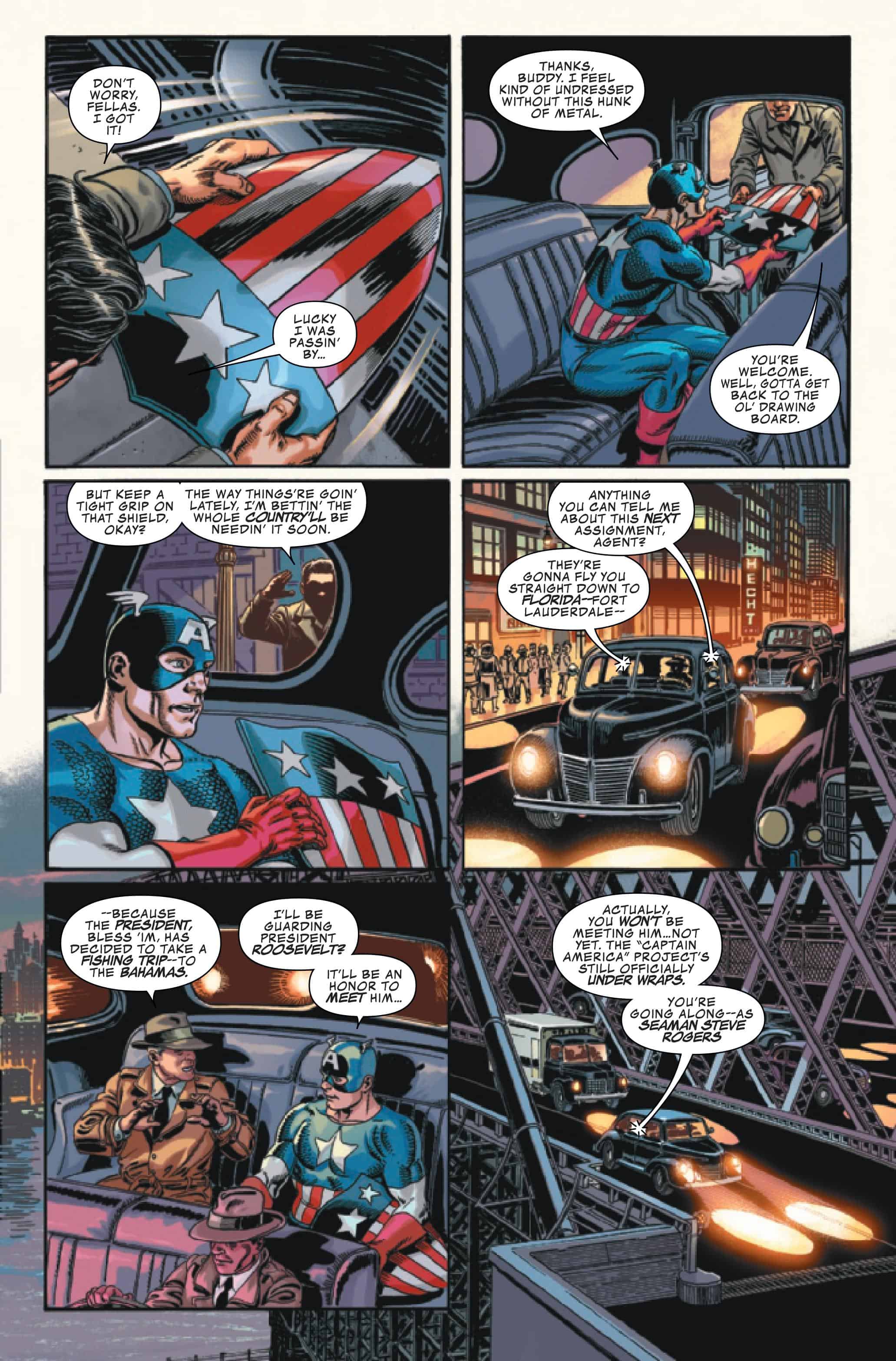