Since his first appearance in November 1941’s More Fun Comics #73, Arthur Curry, a.k.a. Aquaman, has defended the Seven Seas and the DC Universe itself from all manner of threats. On August 31, DC and Aqua-fans alike can celebrate the legacy of the Atlantean Sea King, with the release of the Aquaman 80th Anniversary 100-Page Super Spectacular.

In addition to a stunning cover by the iconic team of Ivan Reis and Joe Prado, the Aquaman 80th Anniversary 100-Page Super Spectacular will feature eight “decade” themed card stock variant covers, portraying the marine monarch throughout the years: 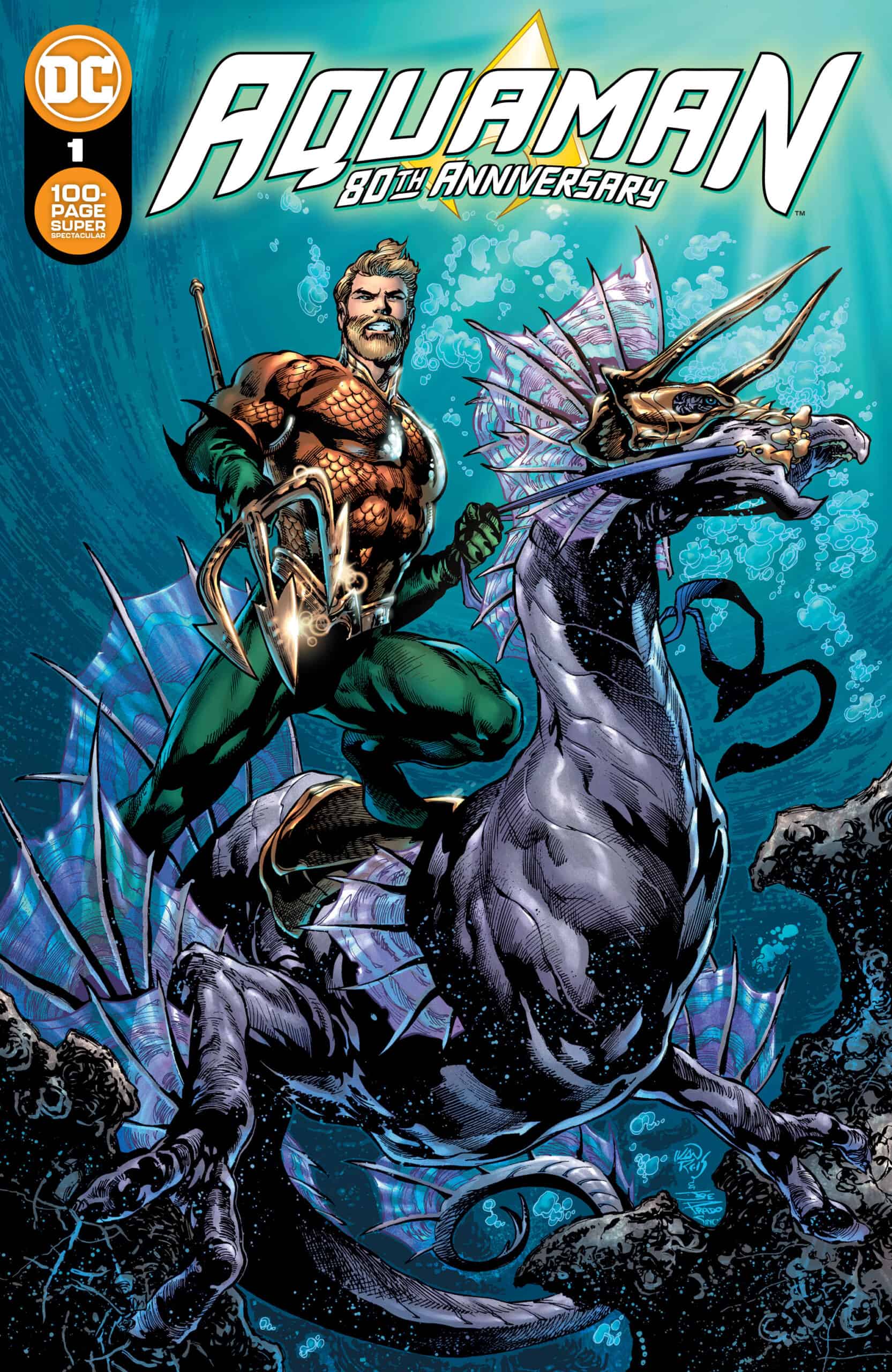 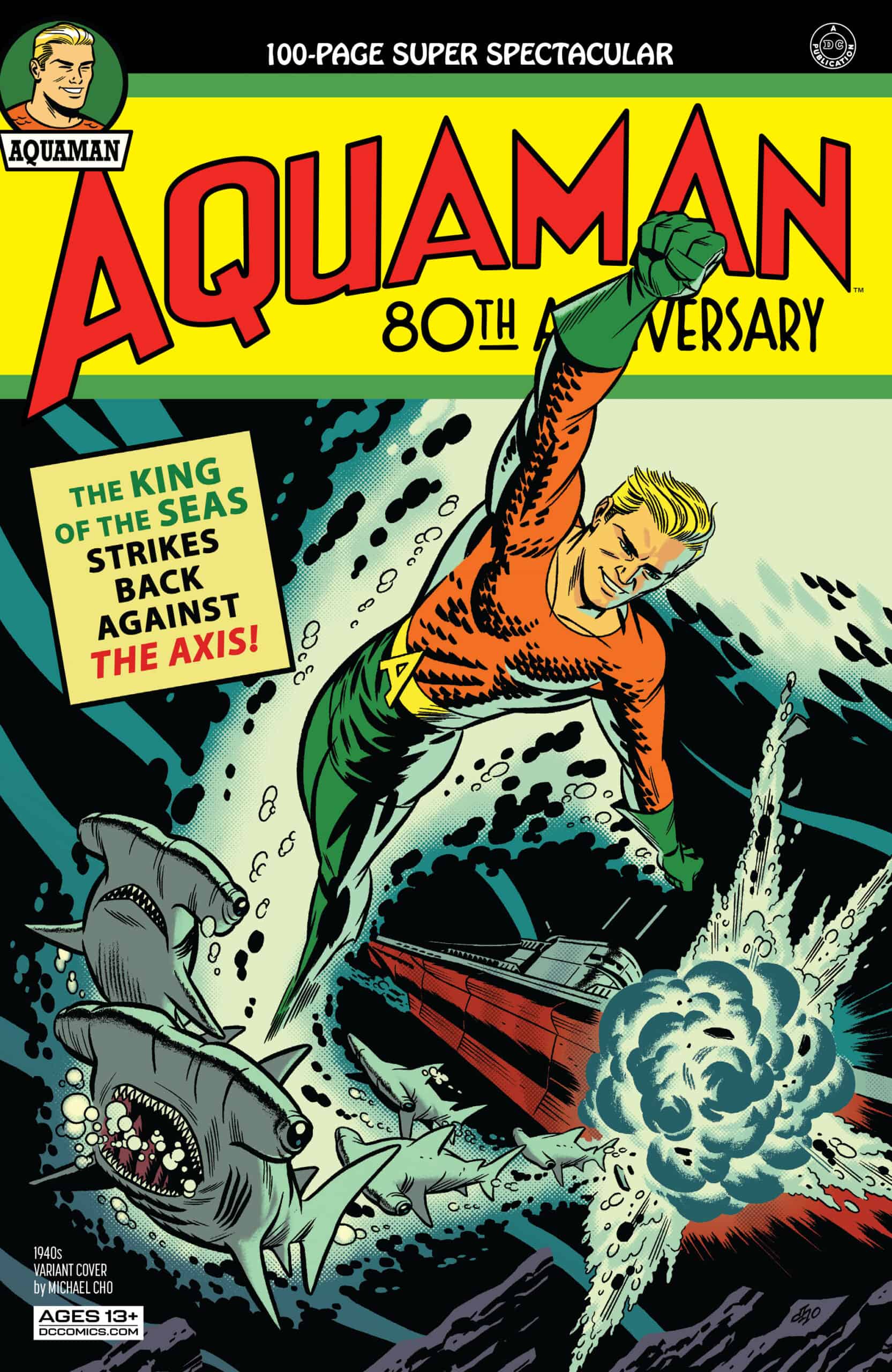 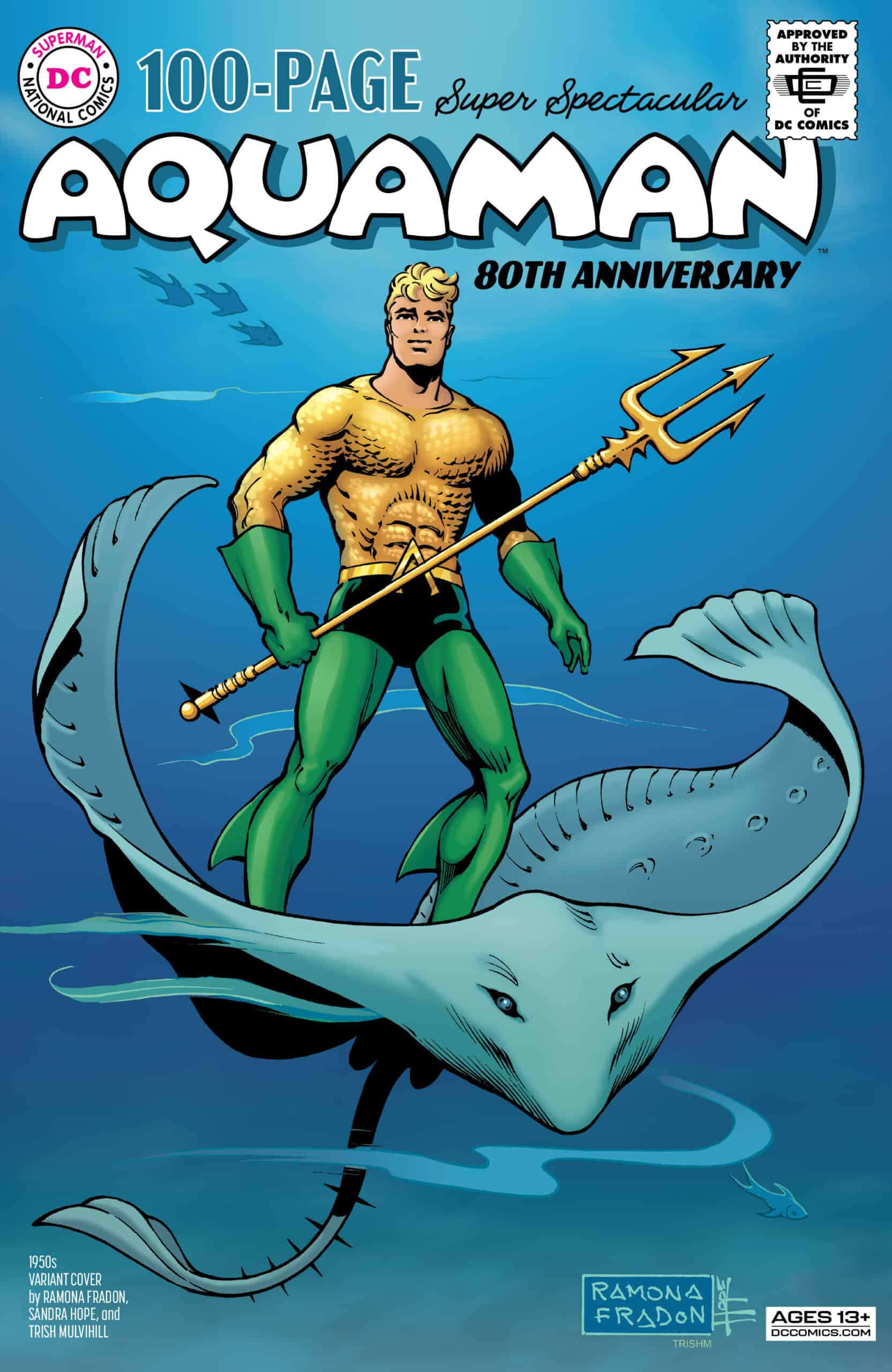 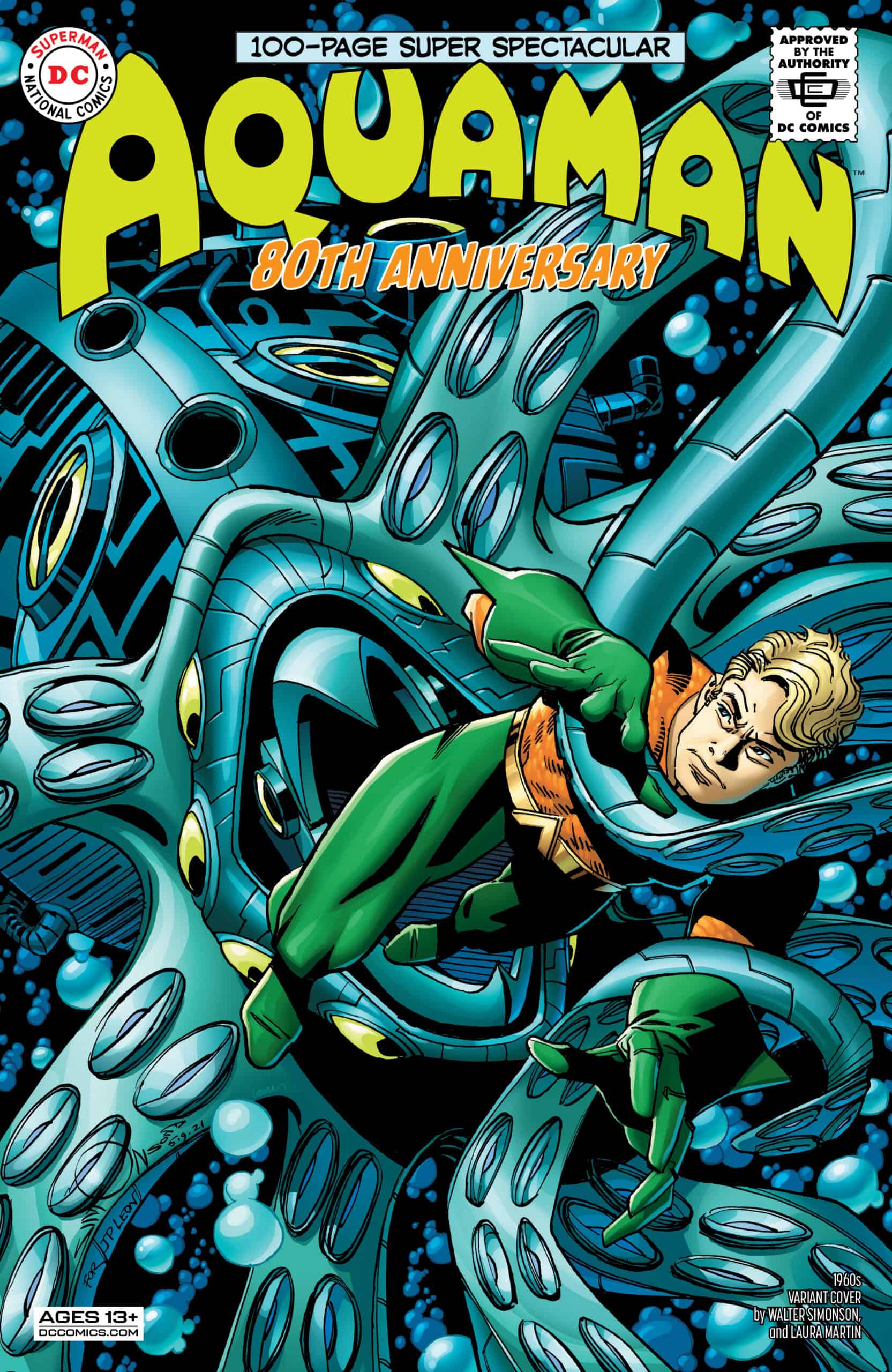 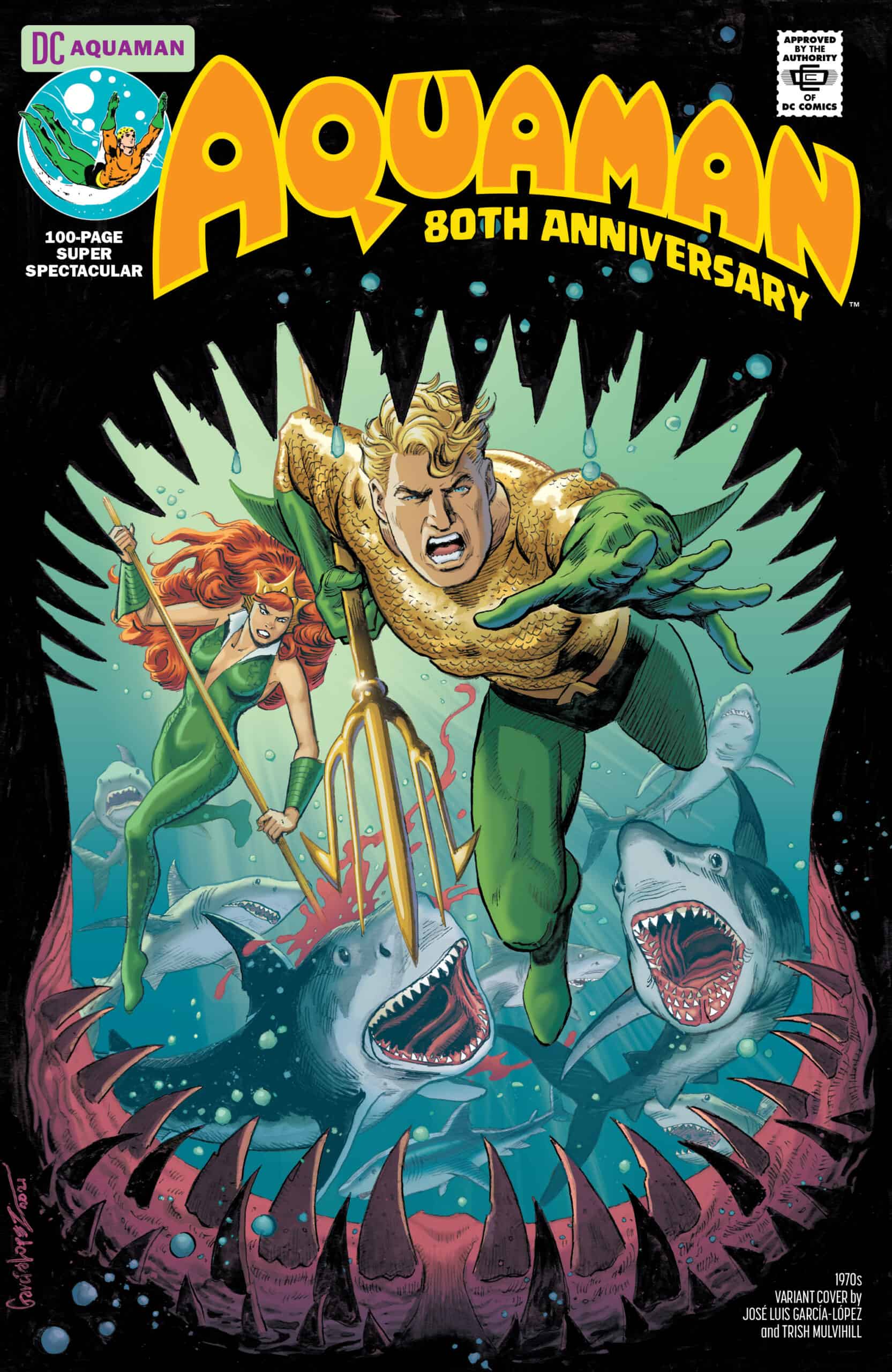 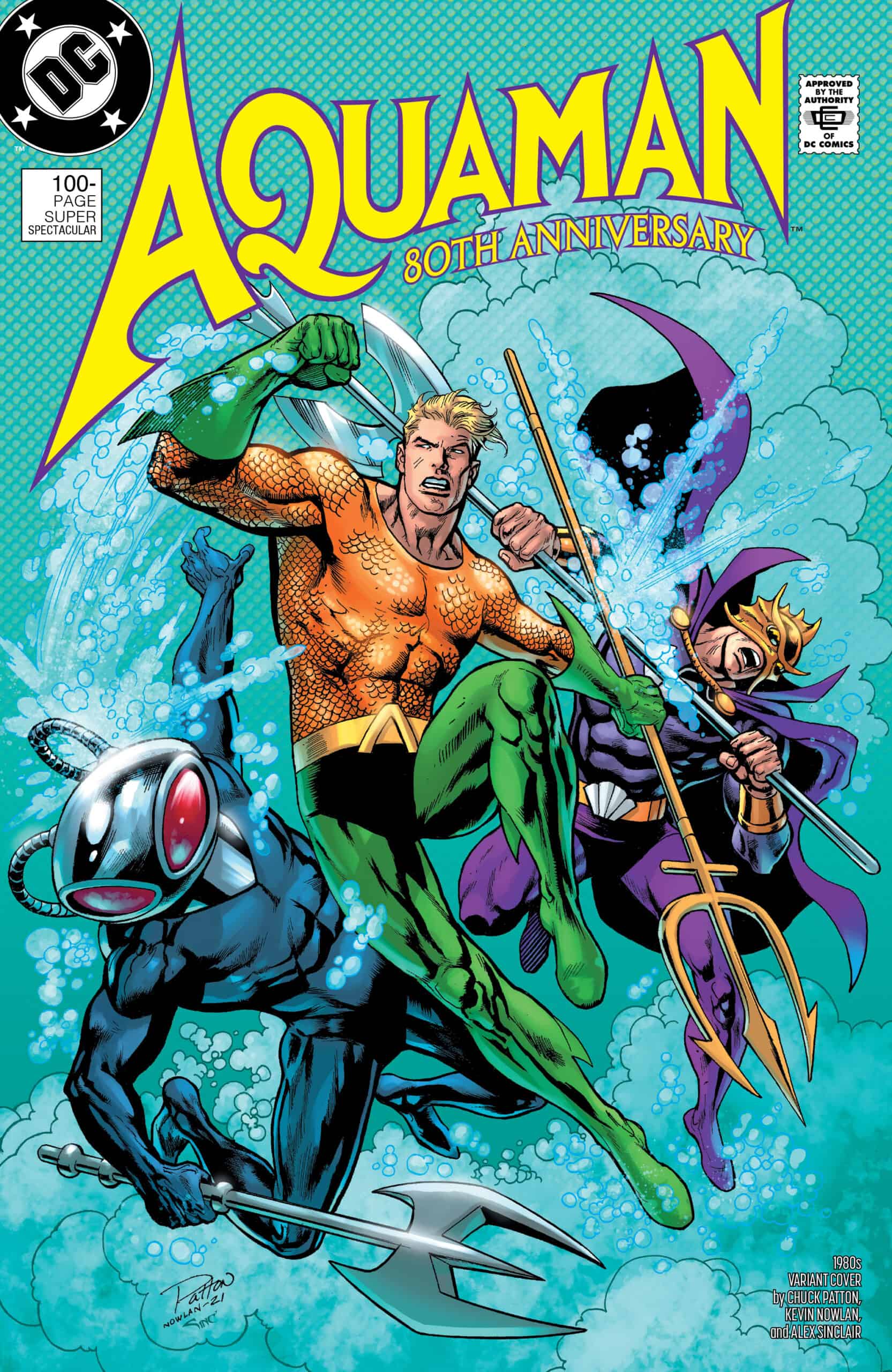 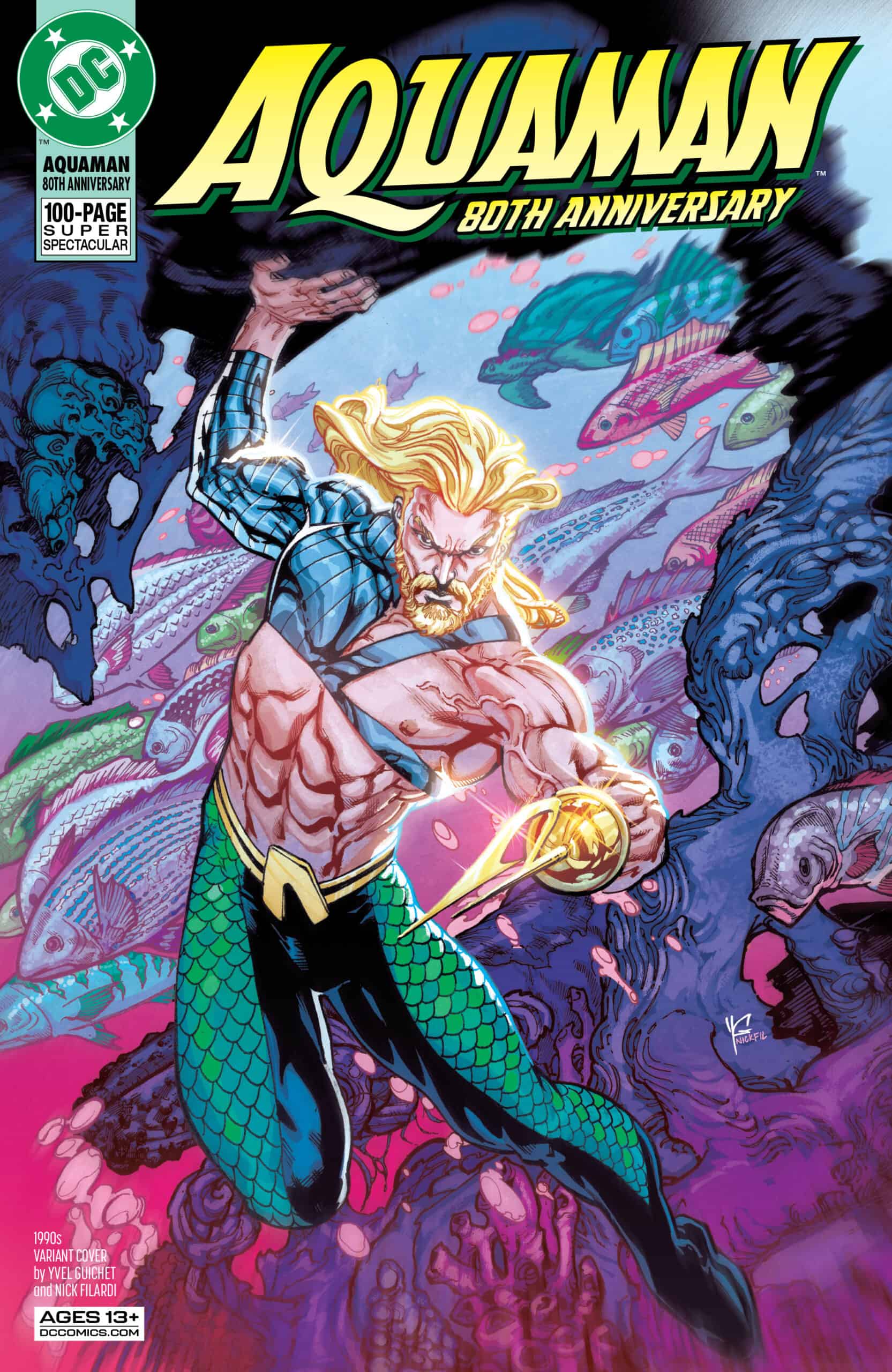 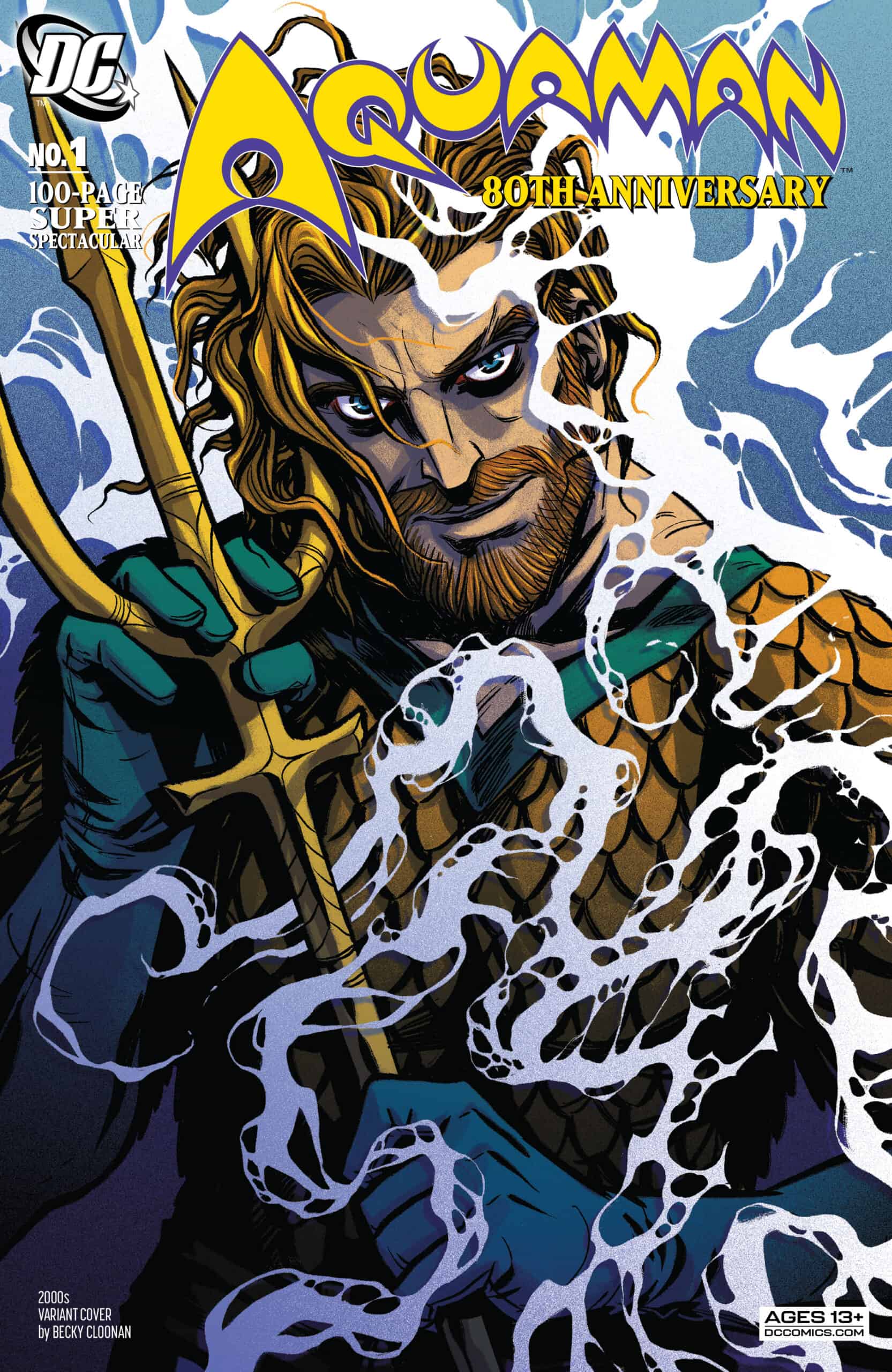 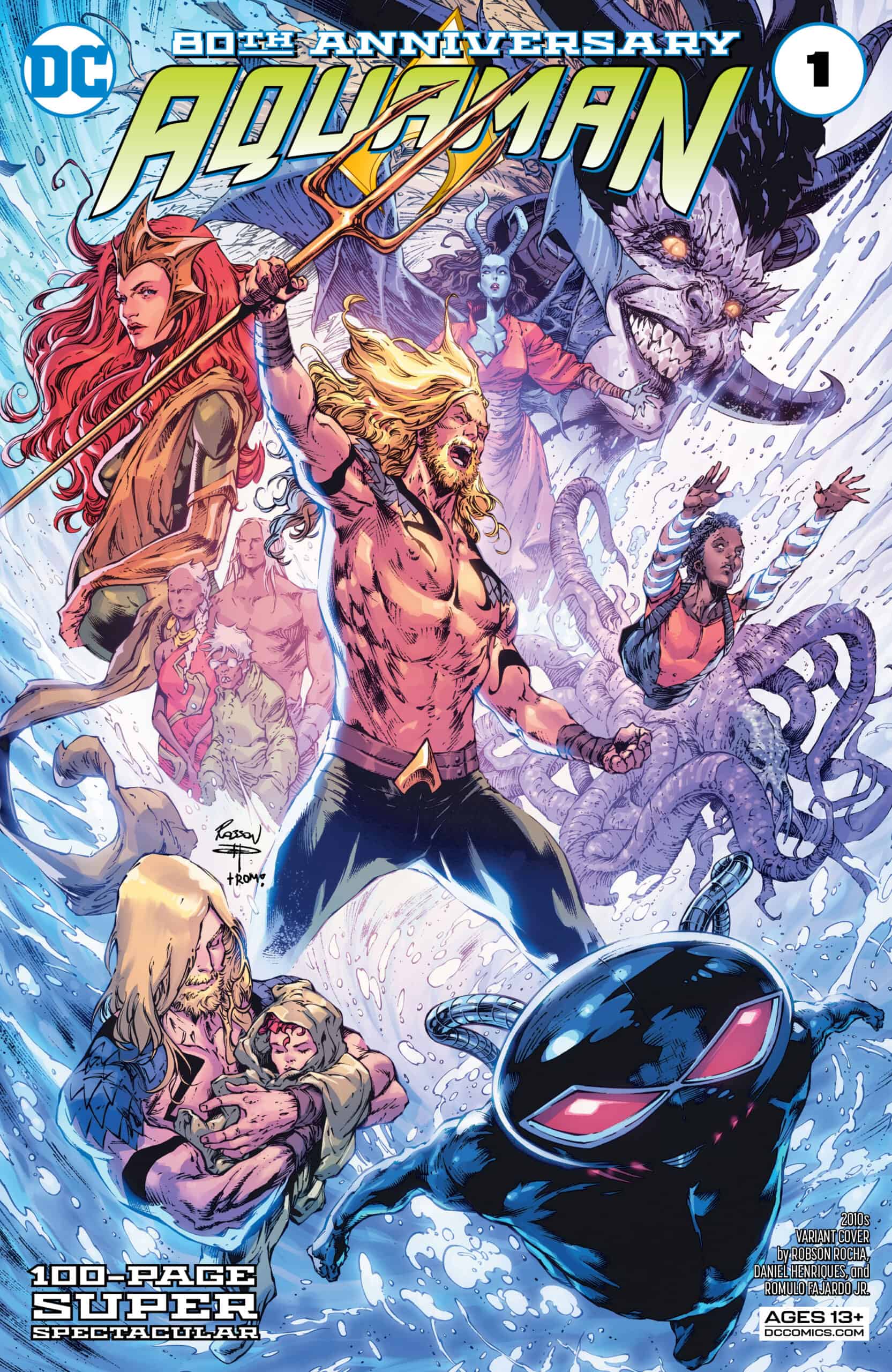 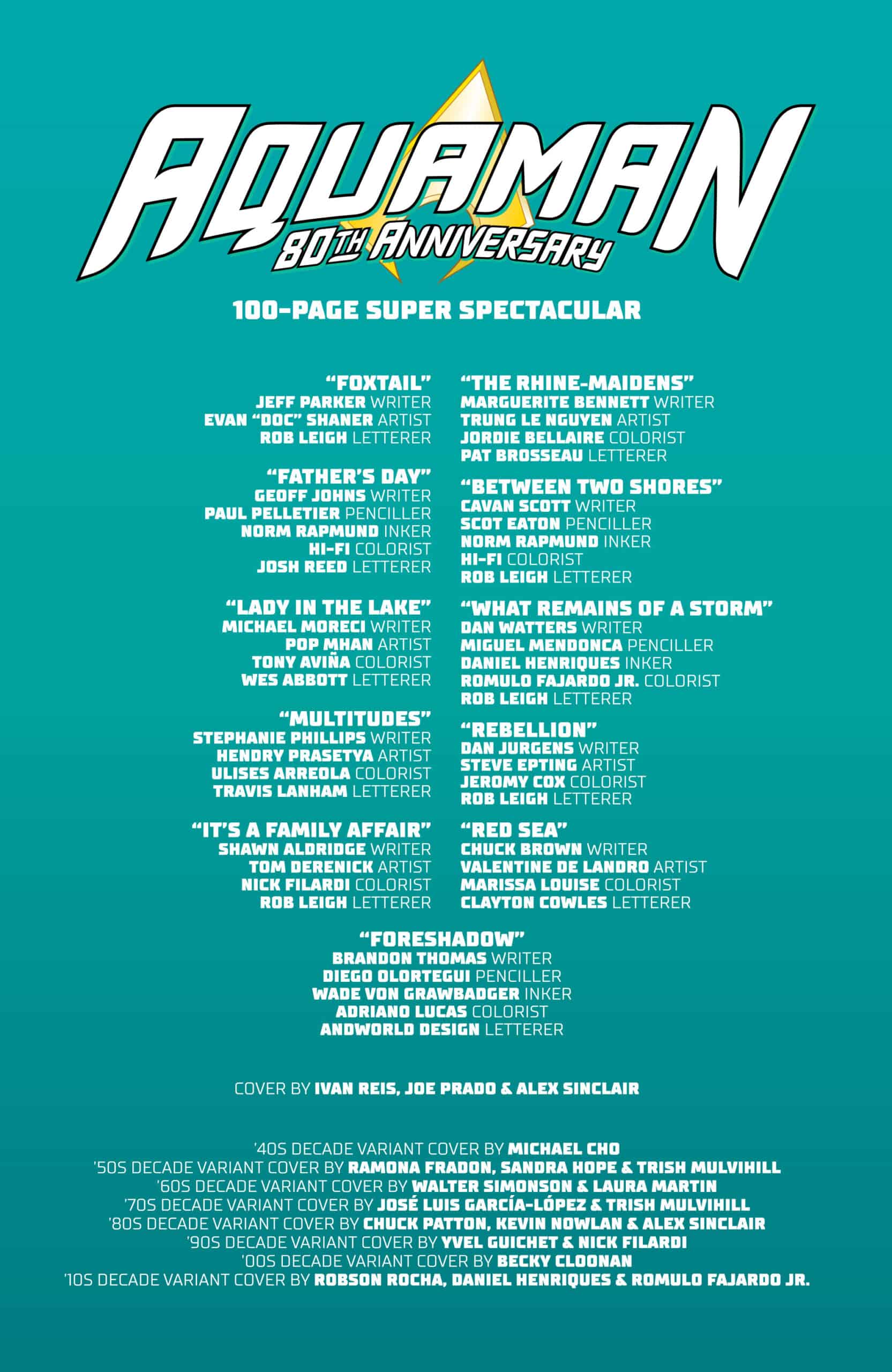 This all-star-filled anthology spans across the ocean king’s legacy, not just celebrating his own triumphs but also those of his greatest allies and enemies. The main cover version of this 100-page blockbuster is priced at $9.99, with each card stock variant priced at $10.99.

For the latest news on the Aquaman 80th Anniversary 100-Page Super Spectacular, be sure and check out the DC website at www.dccomics.com, and follow on social media @DCComics and @thedcnation