BATMAN: REPTILIAN #2 continues the dark and bone-chilling tale by comics legends Garth Ennis and Liam Sharp about what strikes fear into the hearts of those who terrorize Gotham? It used to be Batman, but something far more frightening than a mere man stalks the shadows—and it’s after Gotham’s villains.

How savage must a monster be to haunt the dreams of monsters? 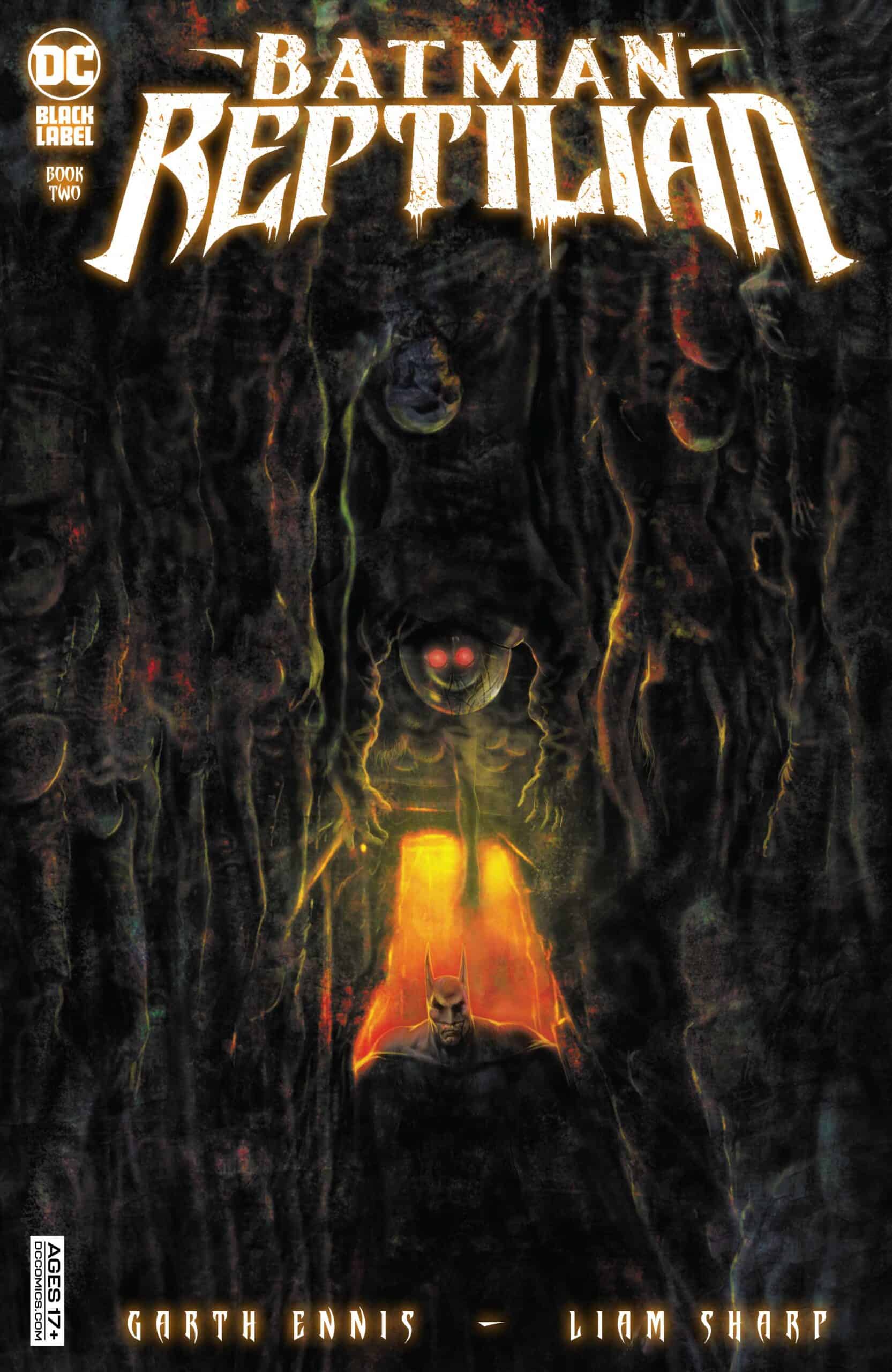 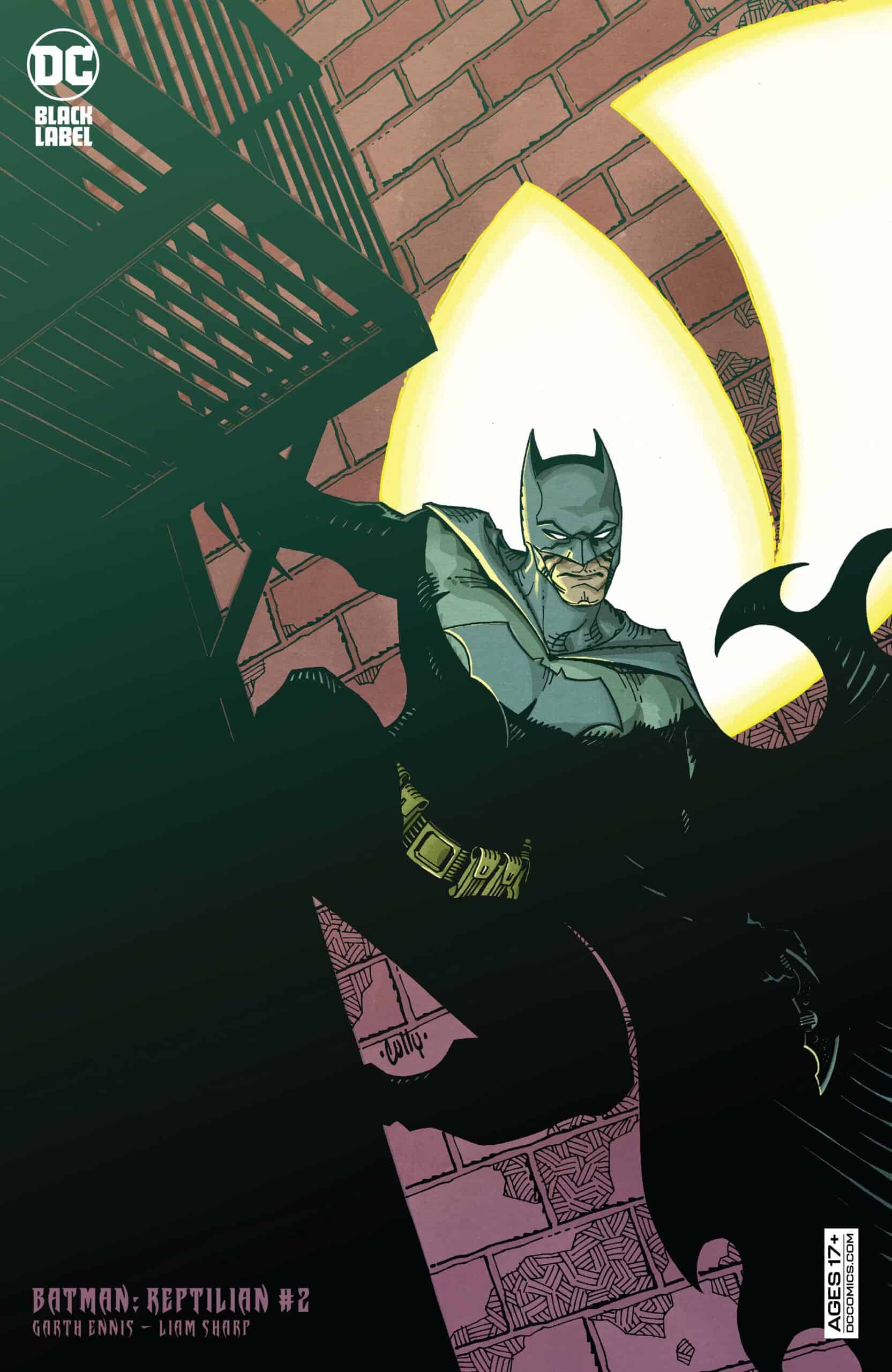 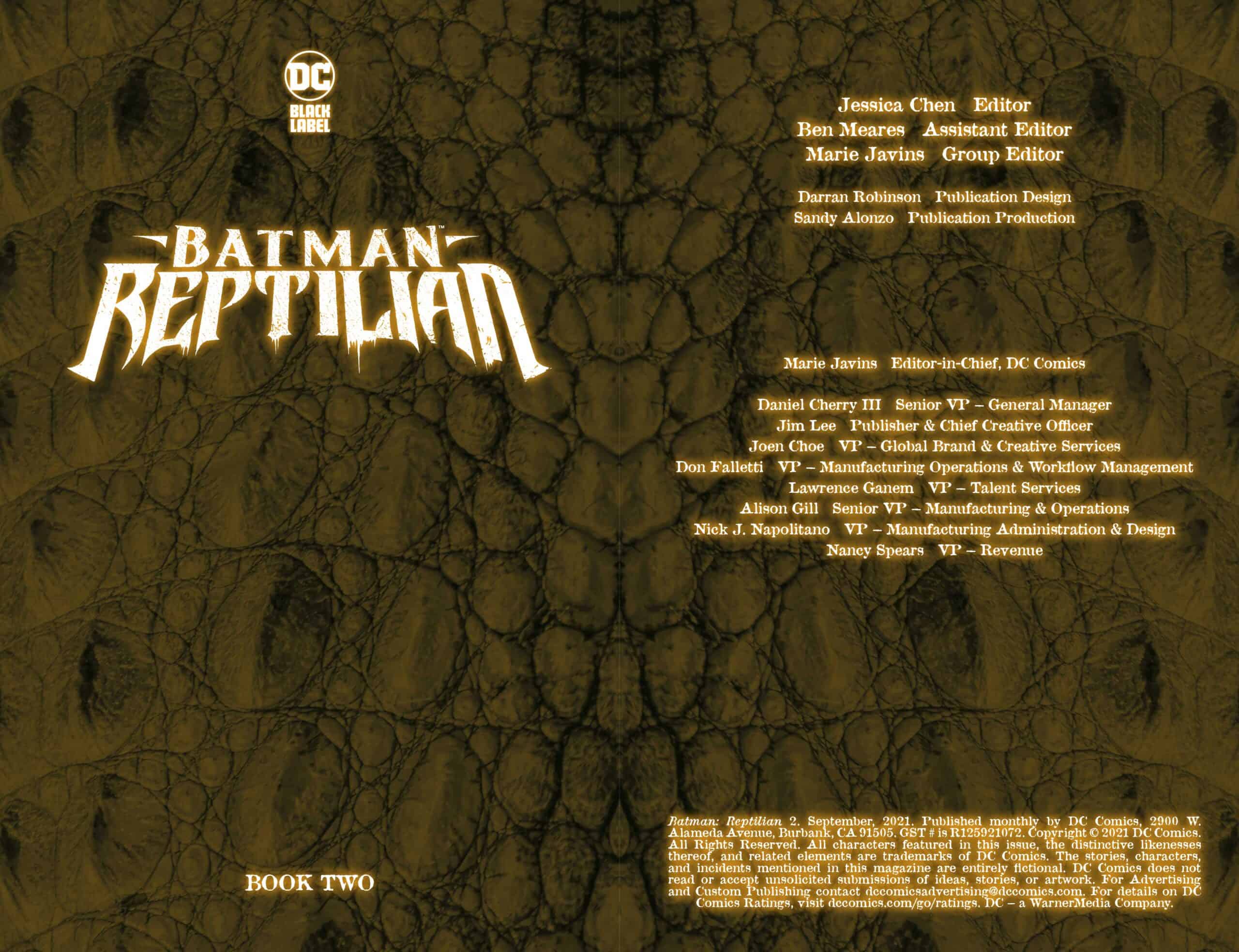 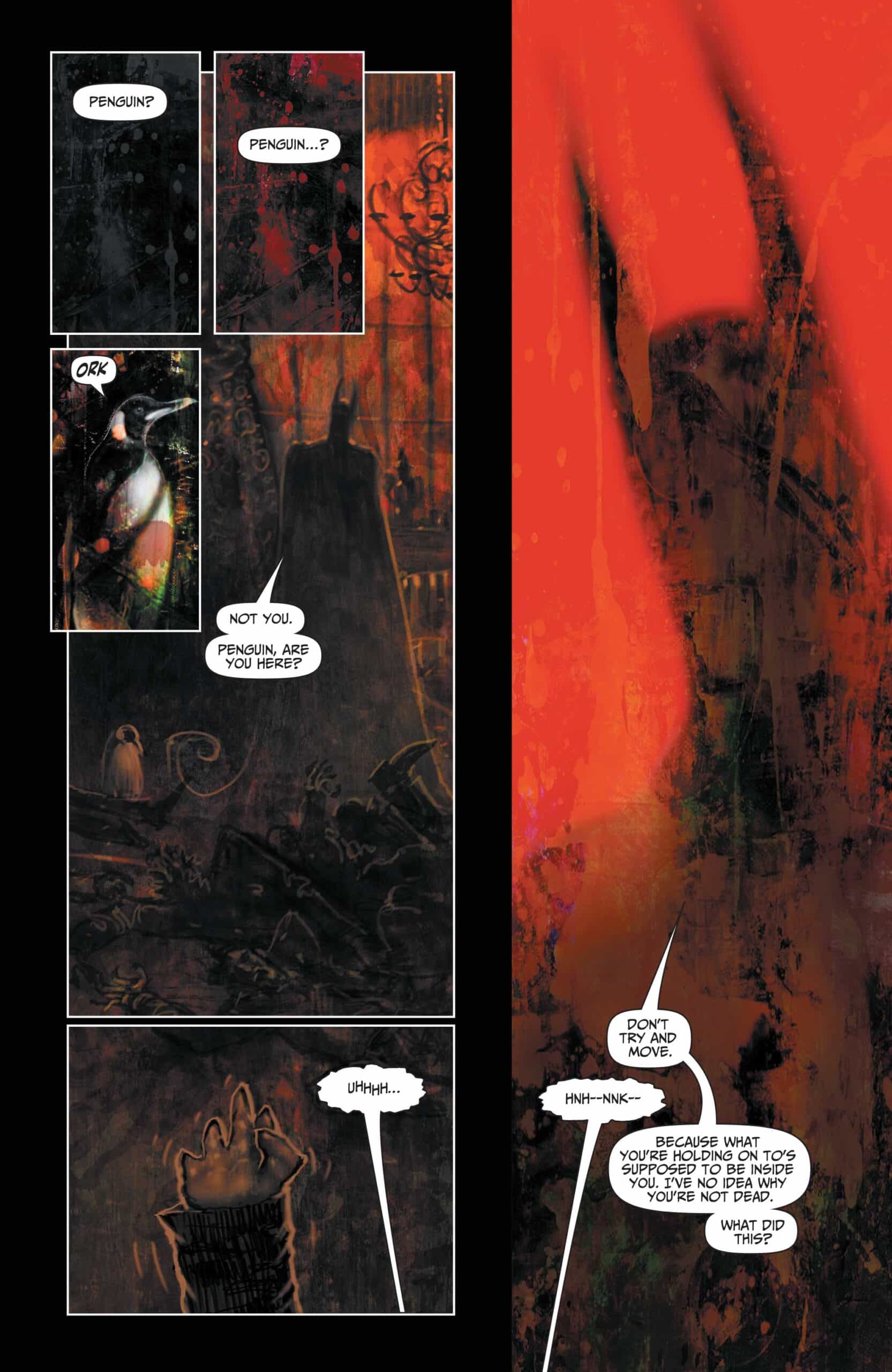 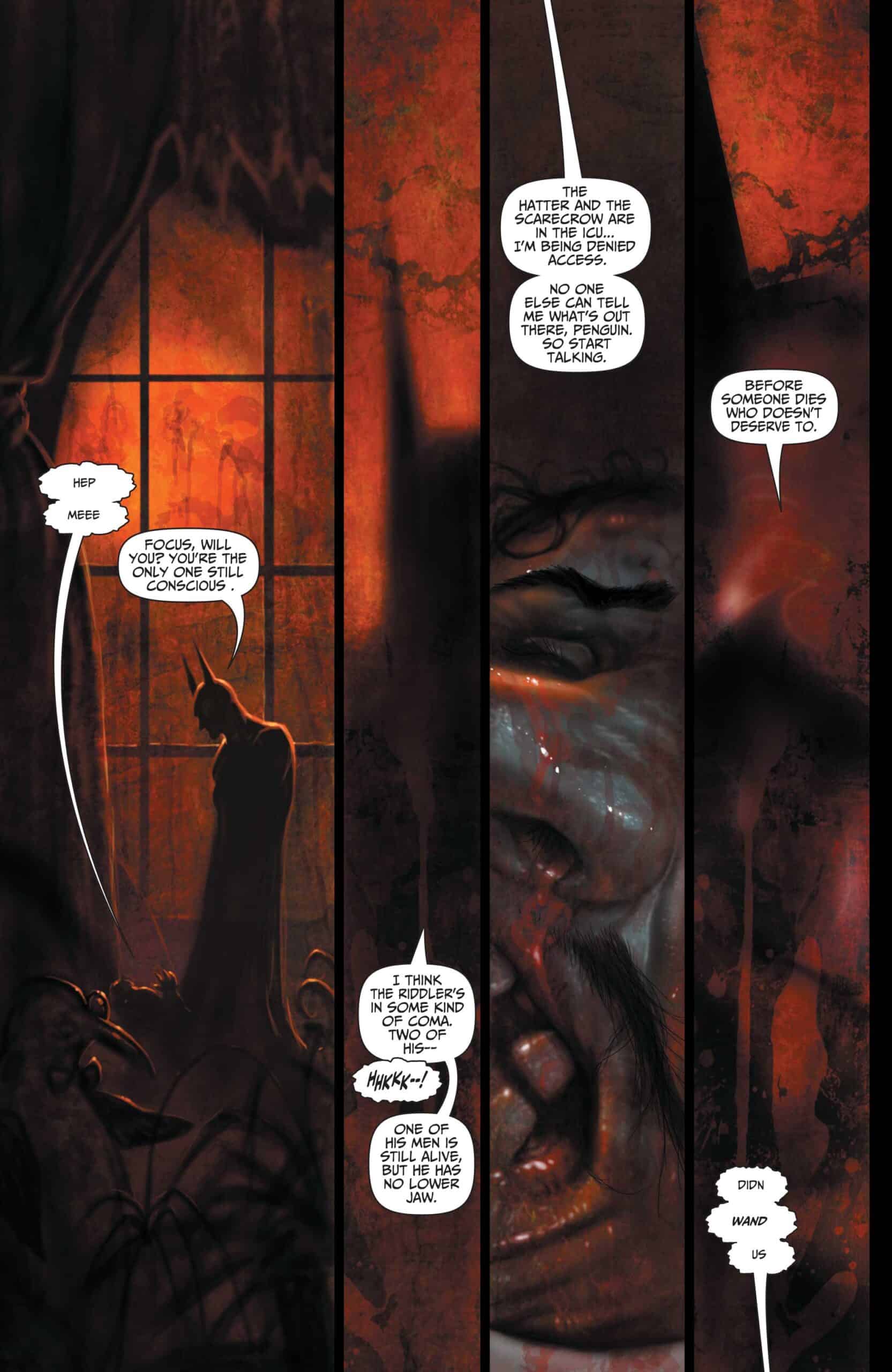 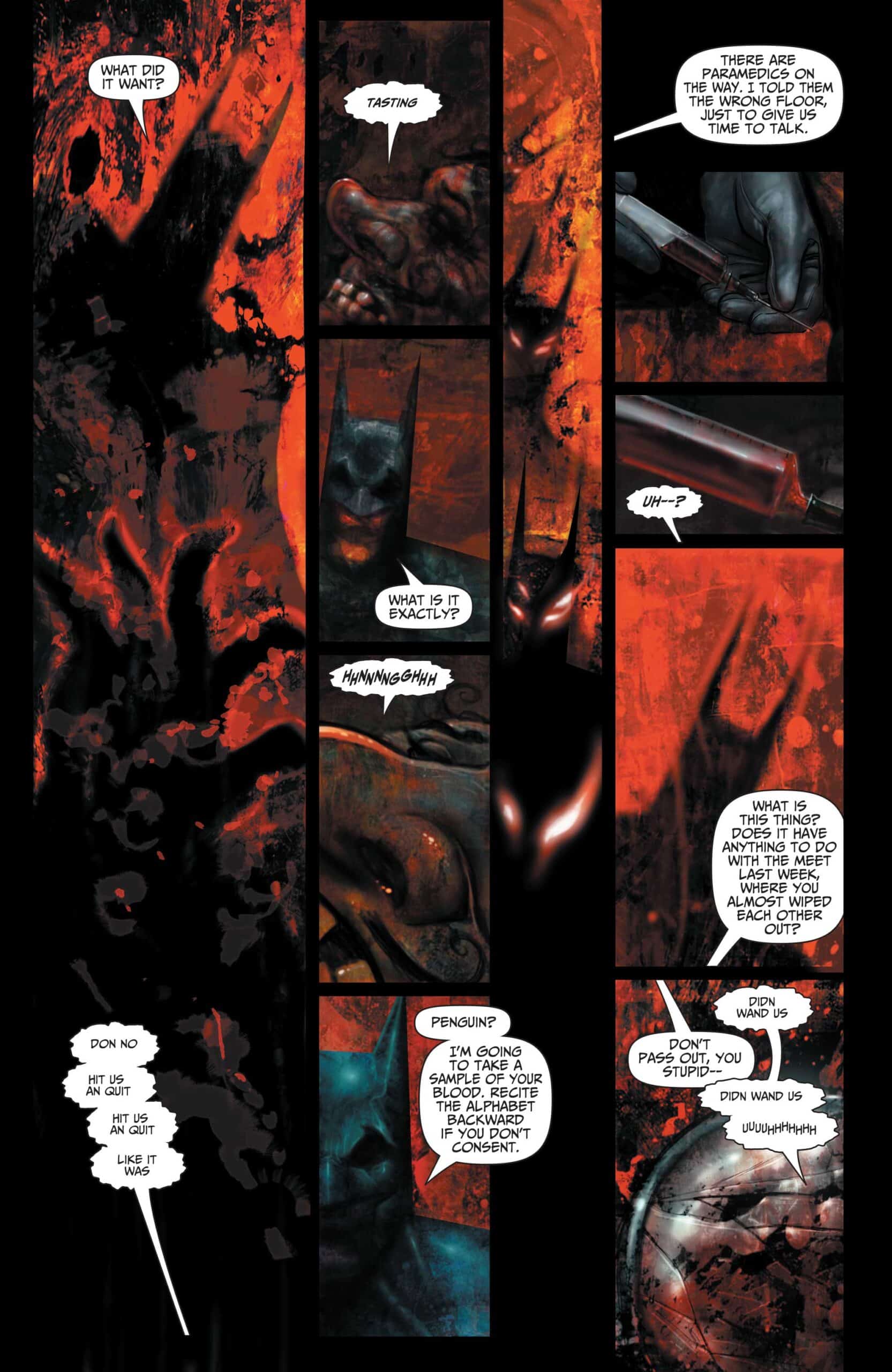 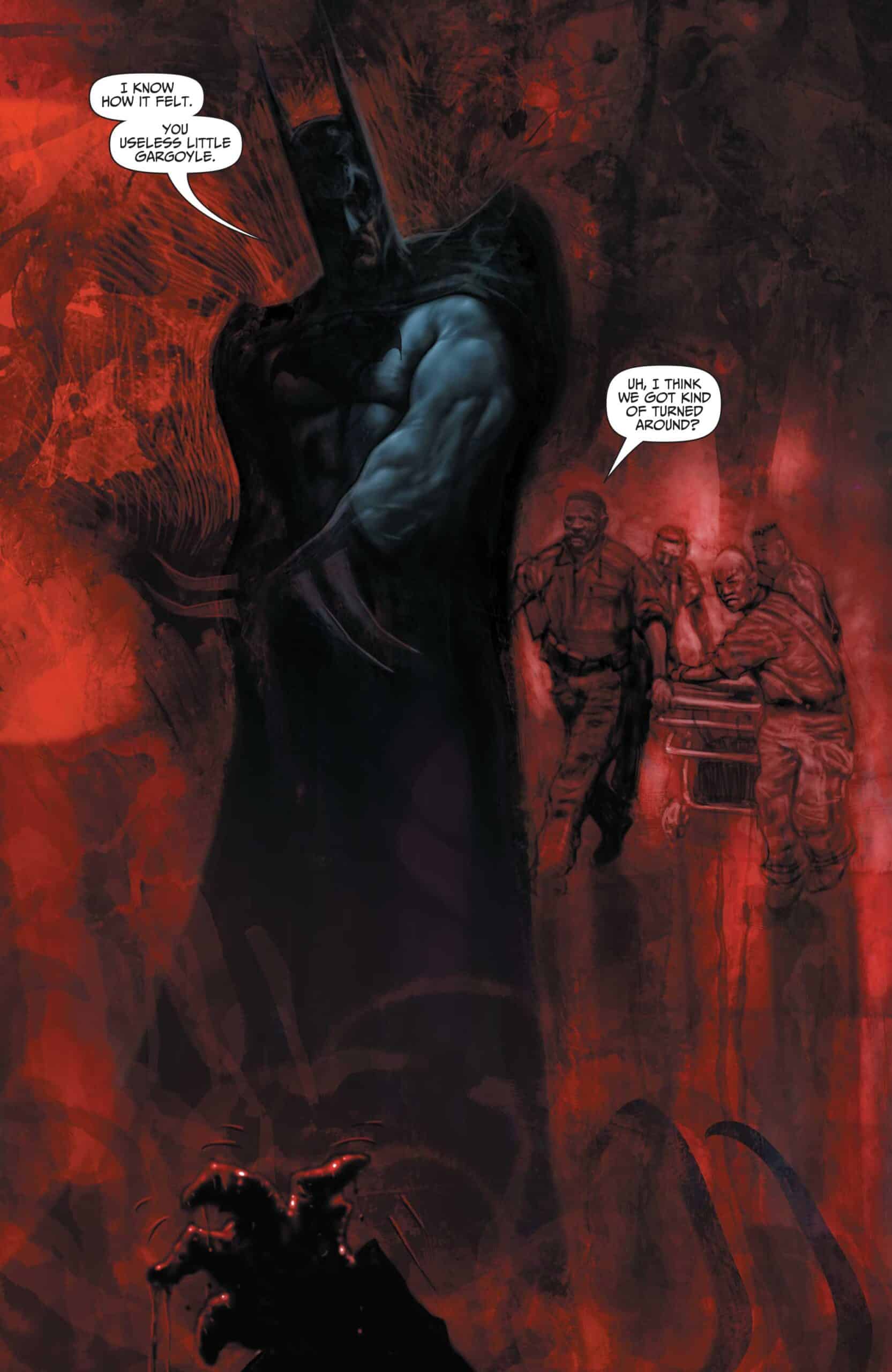 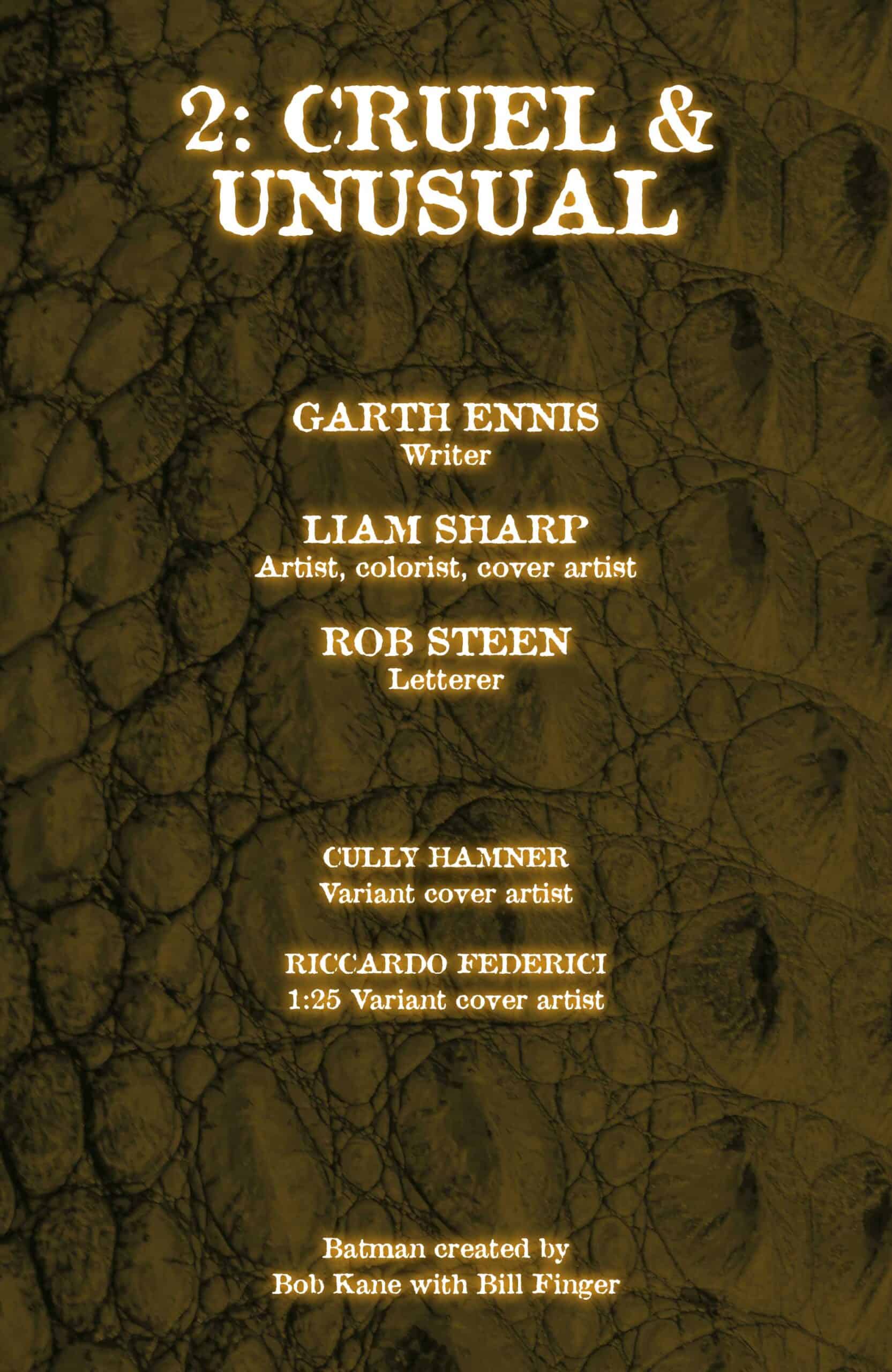 Batman hits the streets in search of the creature terrorizing Gotham’s underworld—and hits them hard. First stop is the lair of the Penguin, but Oswald Cobblepot is at death’s door (which is better off than the beast left many of his cronies). The mangled rogue has no answers for Batman, but his blood—and the surprising secrets that it holds—will send the vigilante ever deeper into darkness…

Batman hits the streets in search of the creature terrorizing Gotham’s underworld, when BATMAN: REPTILIAN #2 slithers on shelves Tuesday, July 27, 2021, from DC Comics.