At the end of World War II, Earth was invaded by giant mechanized parademons from a planet called Apokolips. Earth’s protectors, the Justice Society of America, were devastated, and with them, the age of superheroes came to an end and the era of the Mech began.

In the ensuing years, the world has stockpiled colossal battle suits piloted by elite warriors, waiting for the day Apokolips returns. But when Kal-El, the last son of a dying world, crash-lands in Metropolis with his own war suit, he’ll face down two of Earth’s finest Mech fighters, the Flash and Batman. 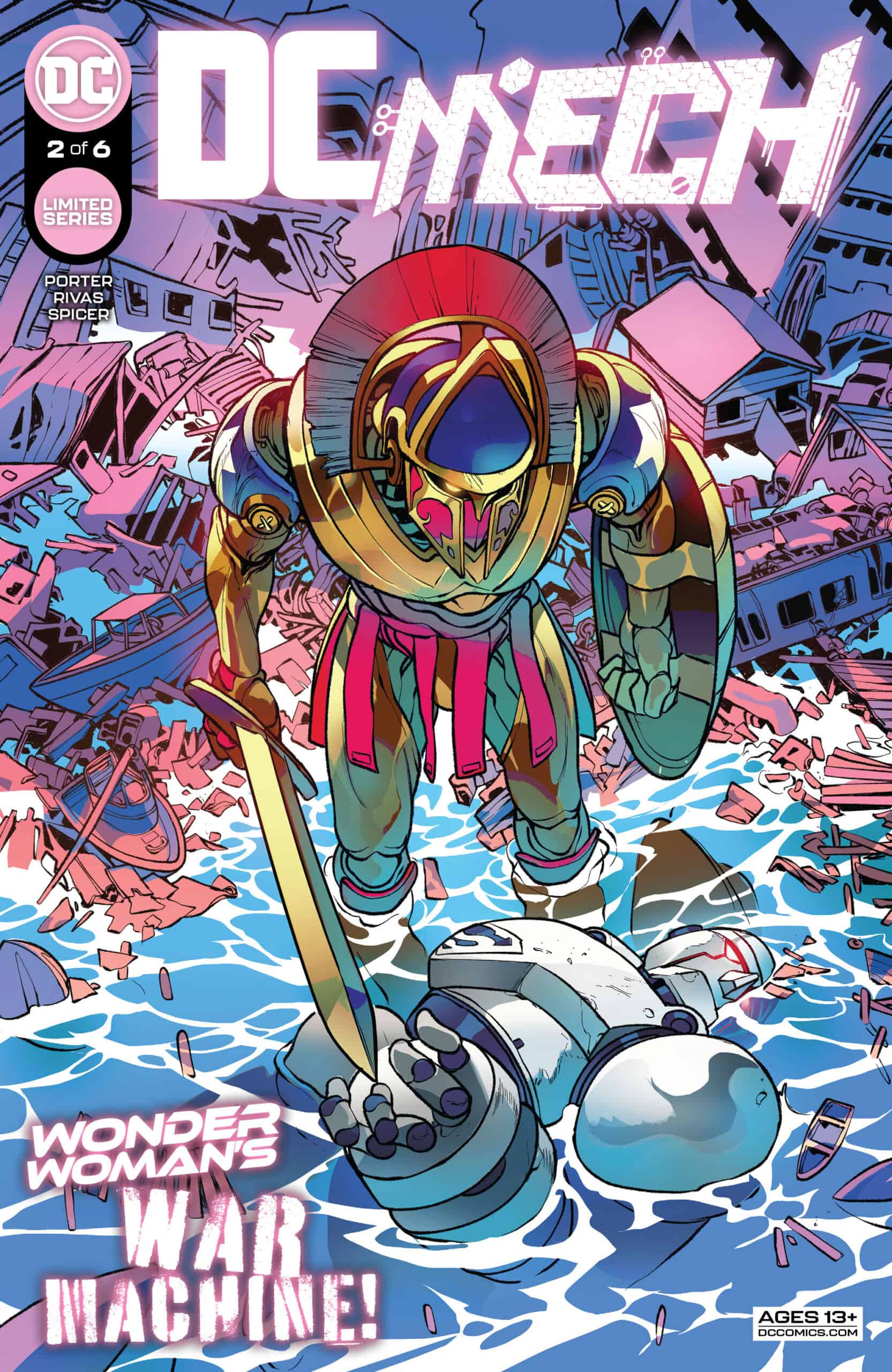 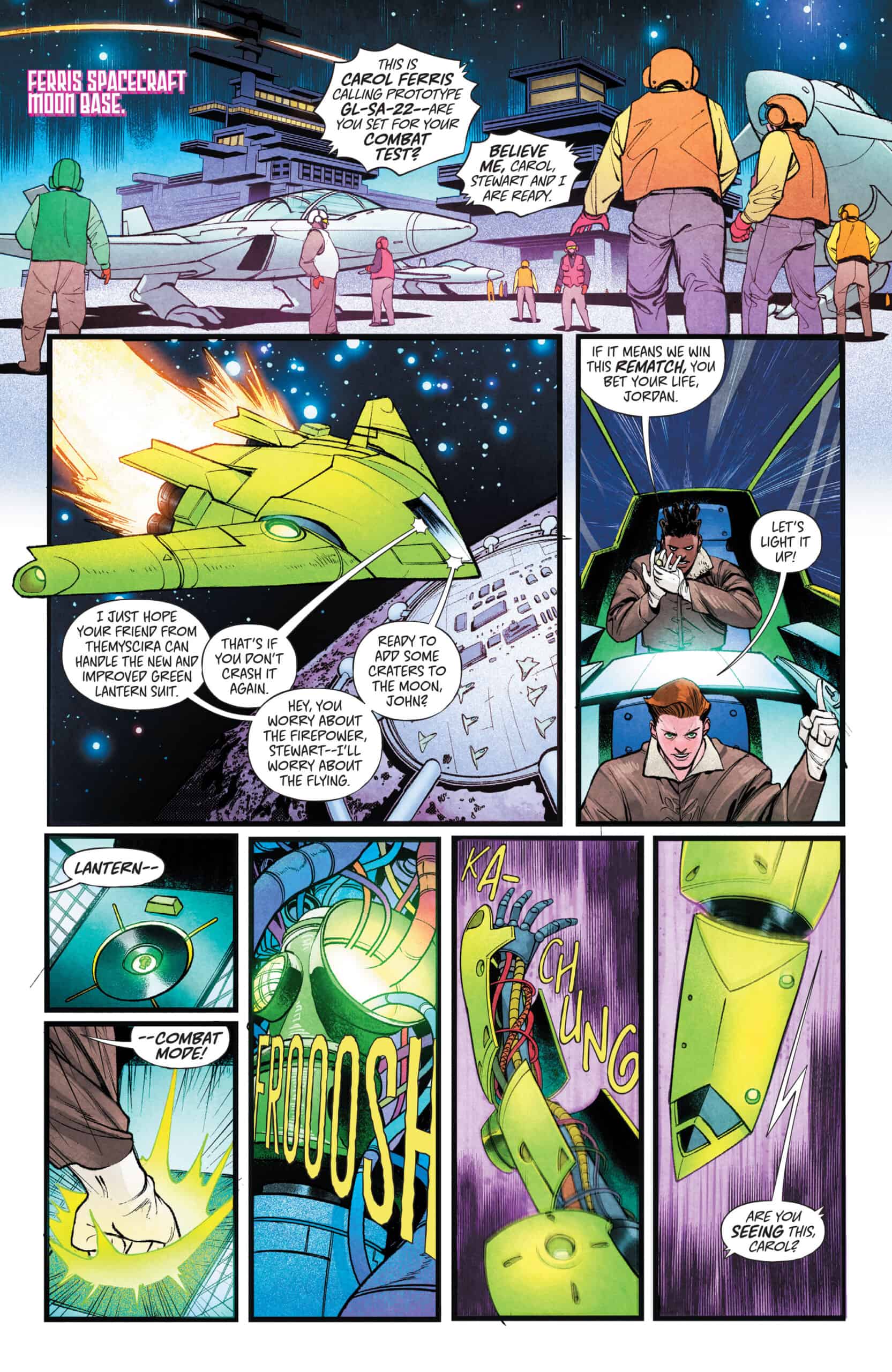 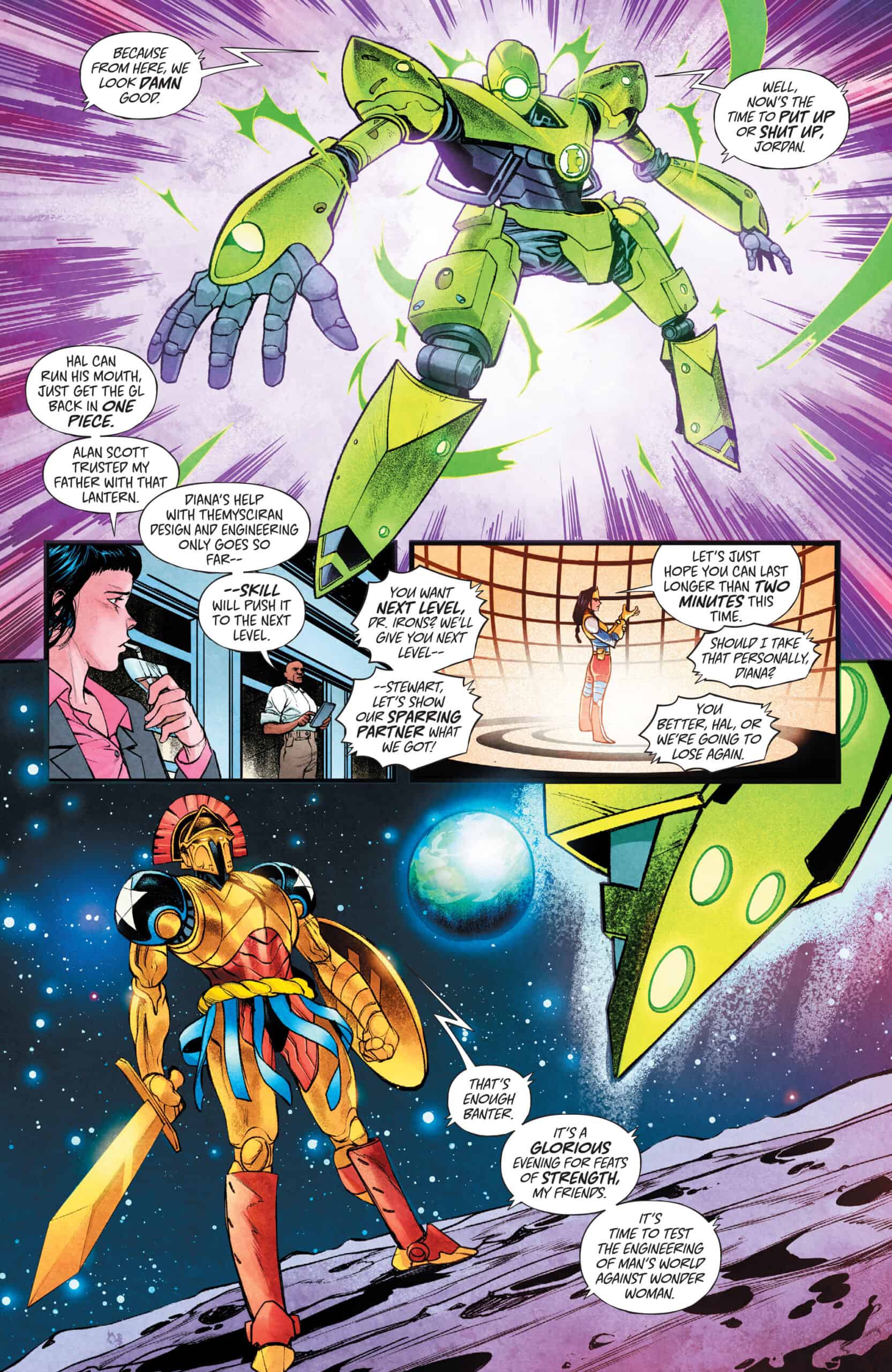 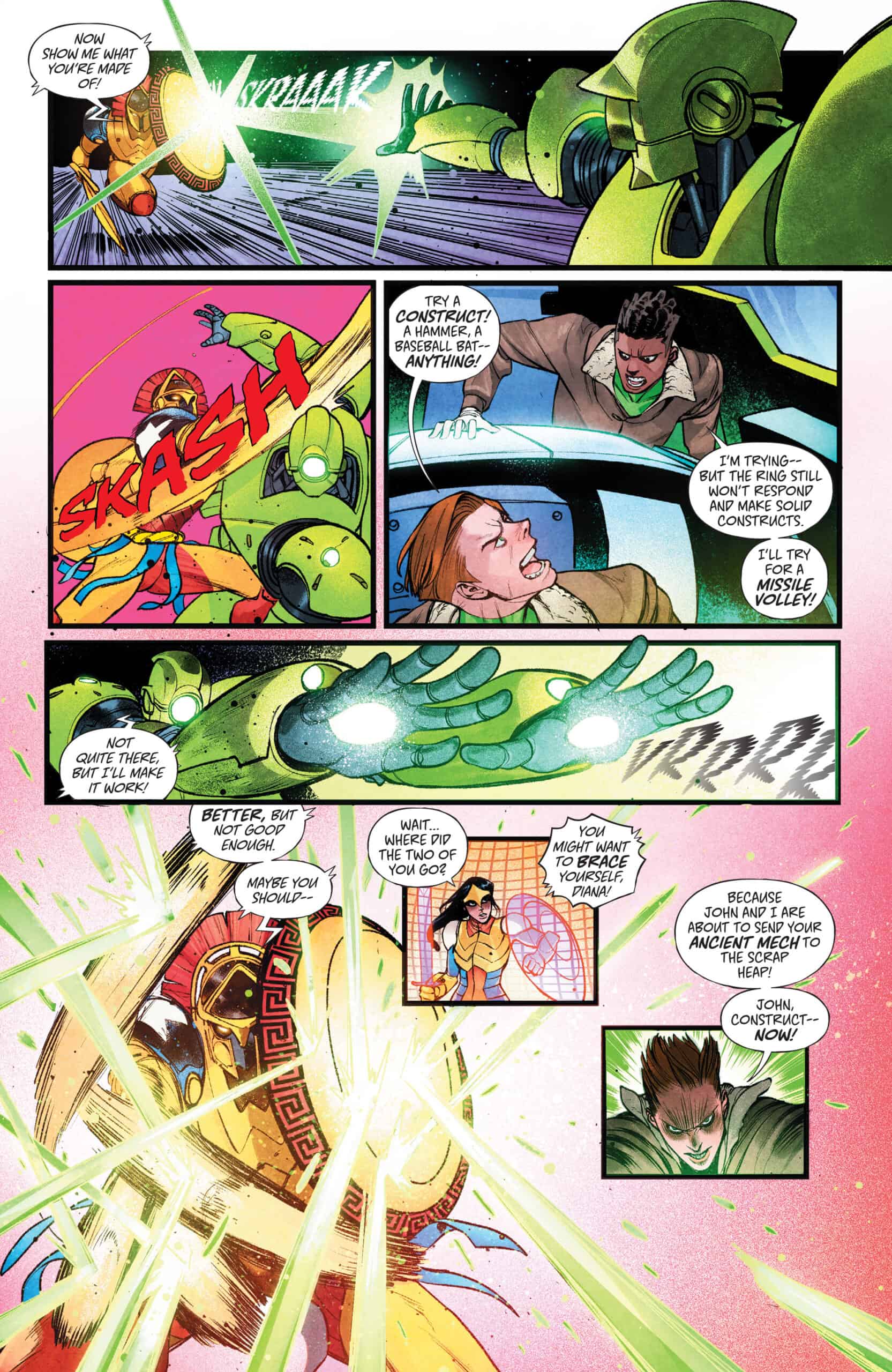 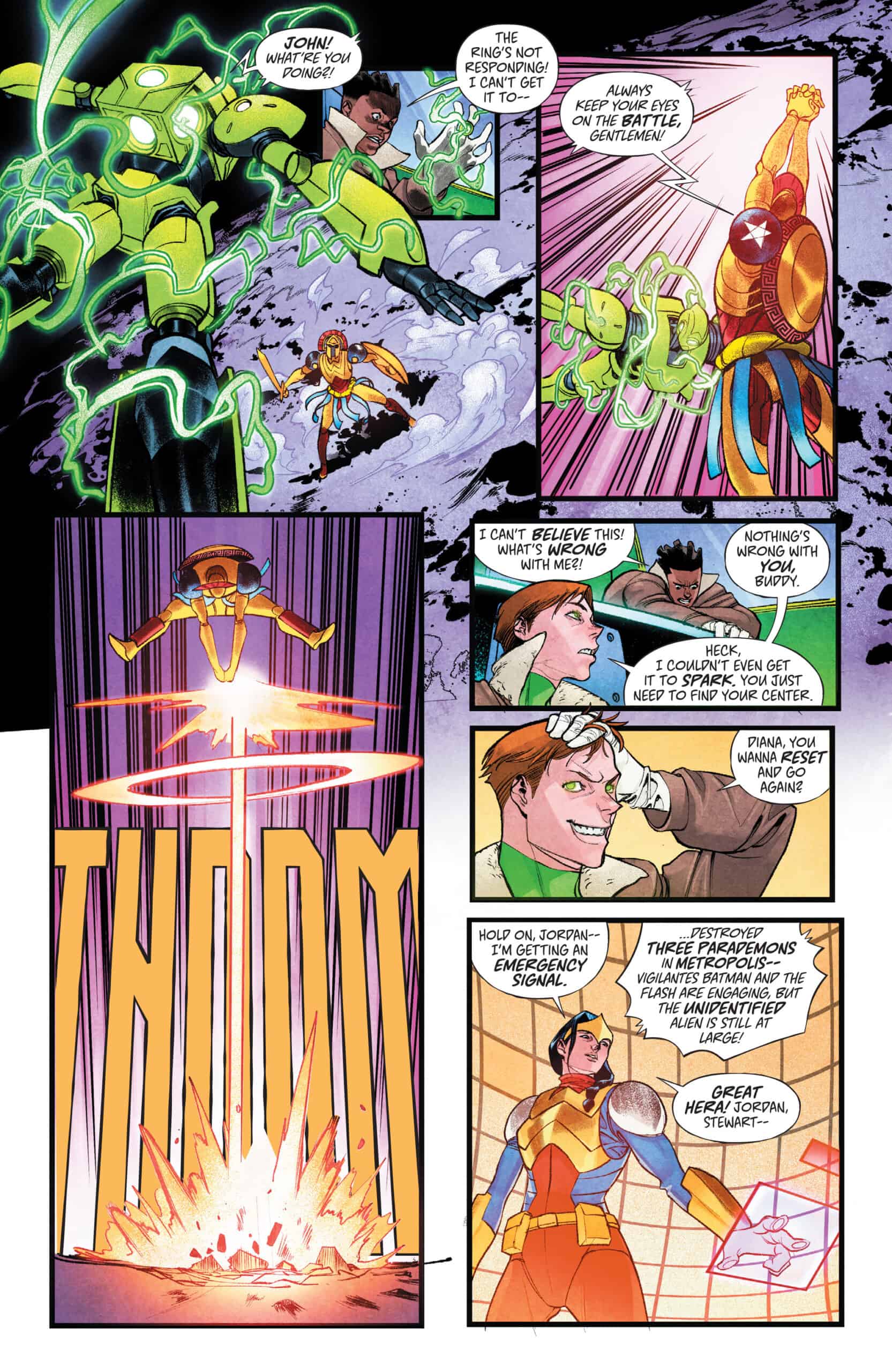 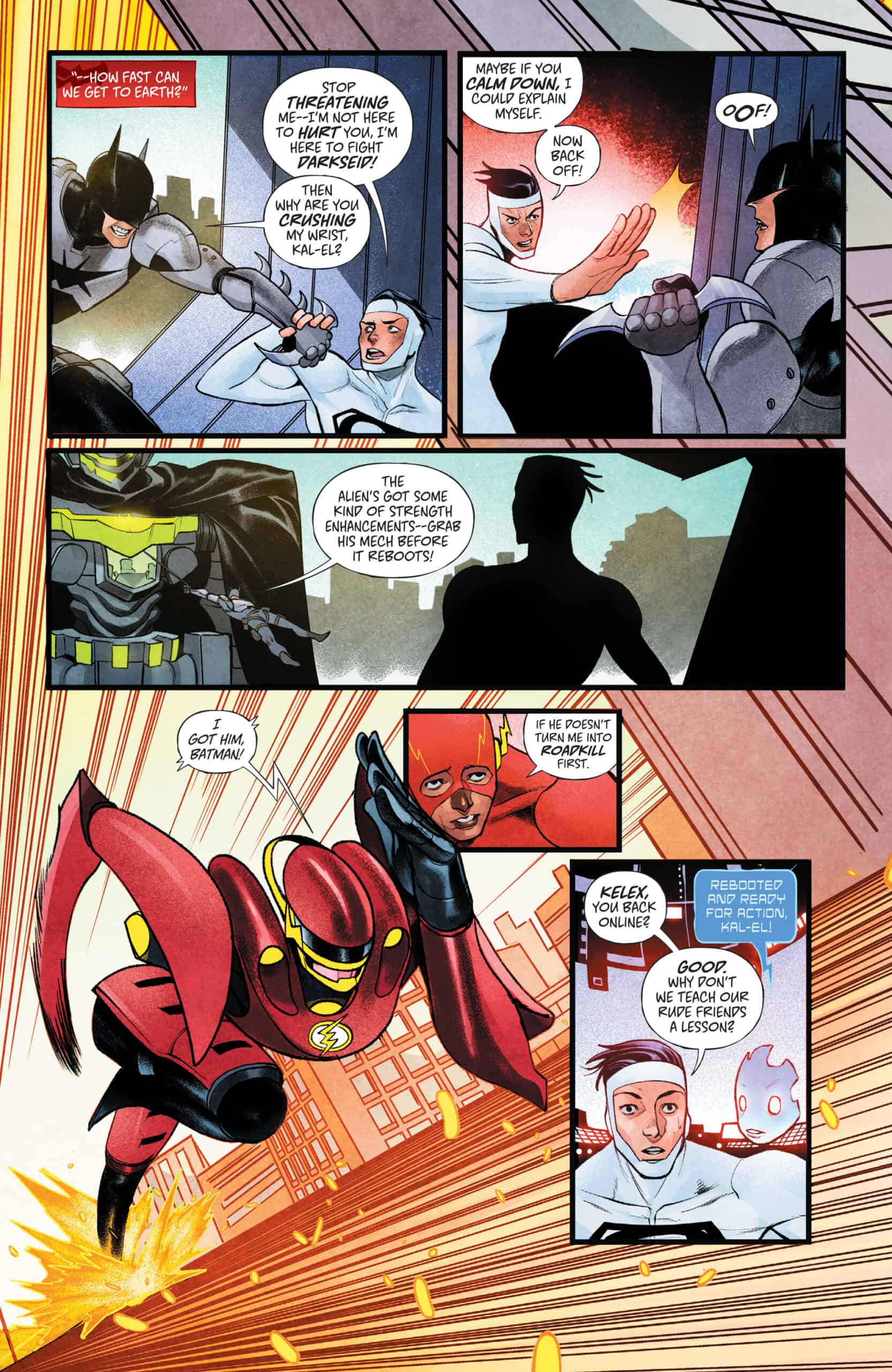 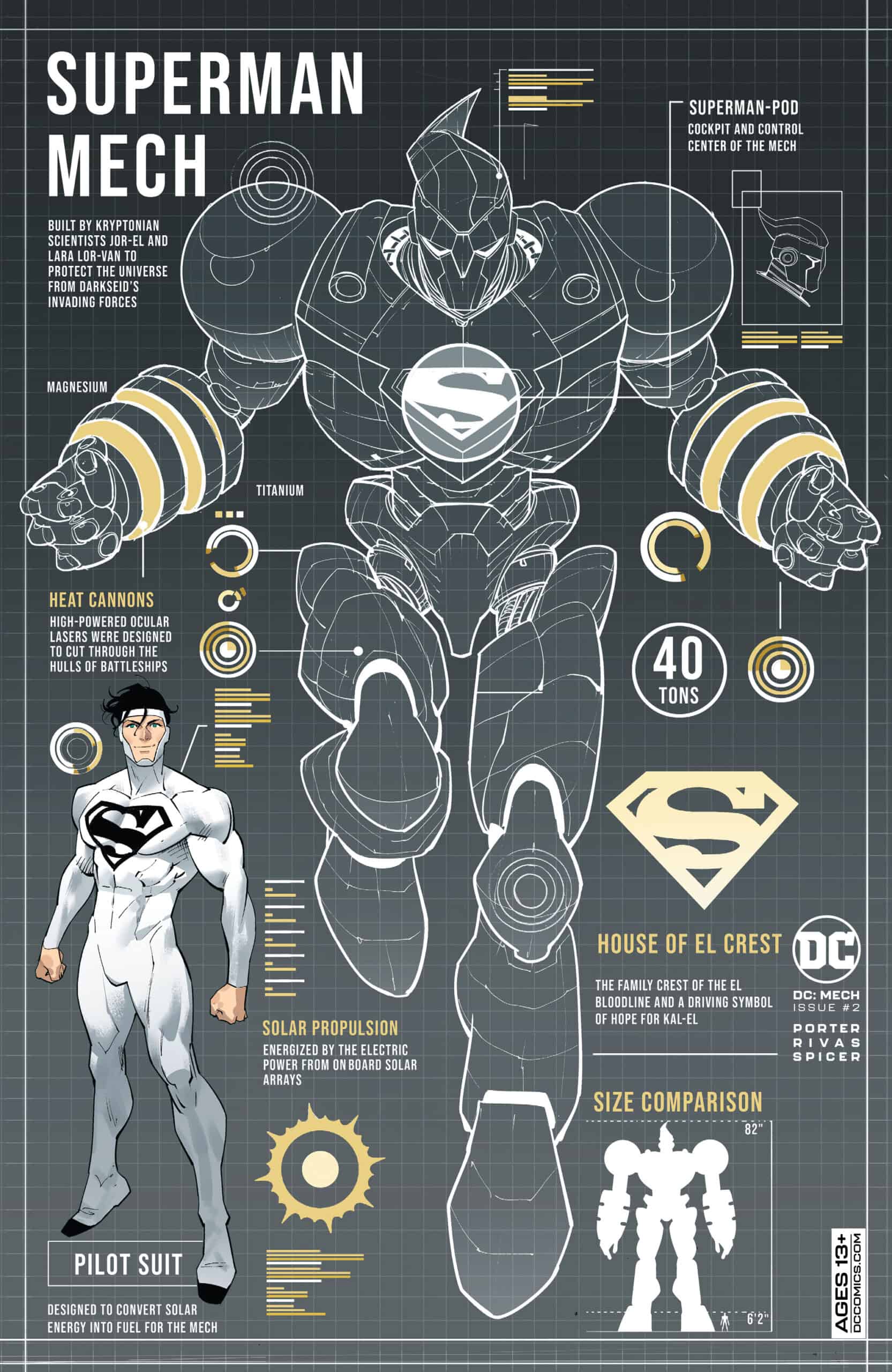 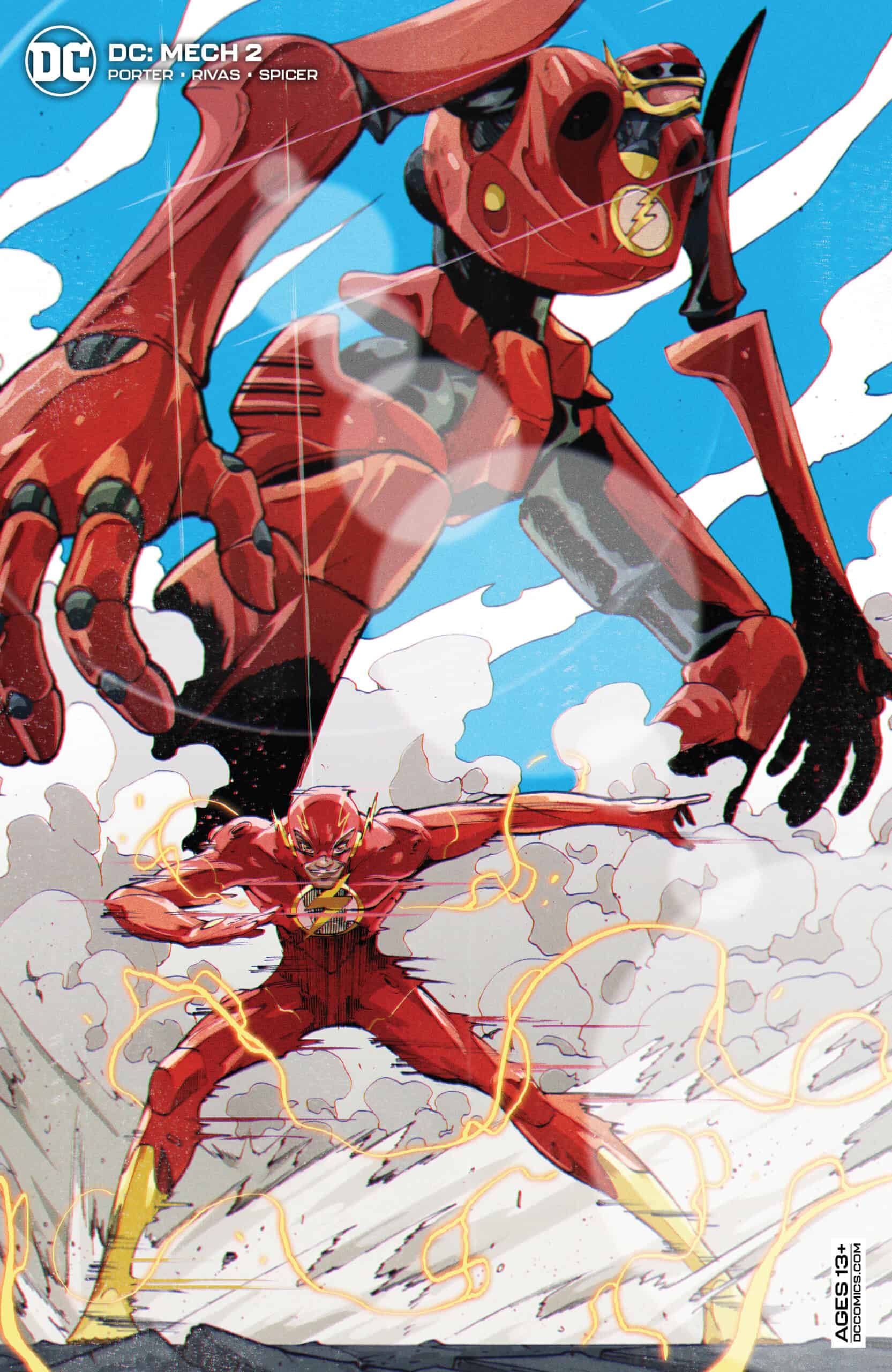 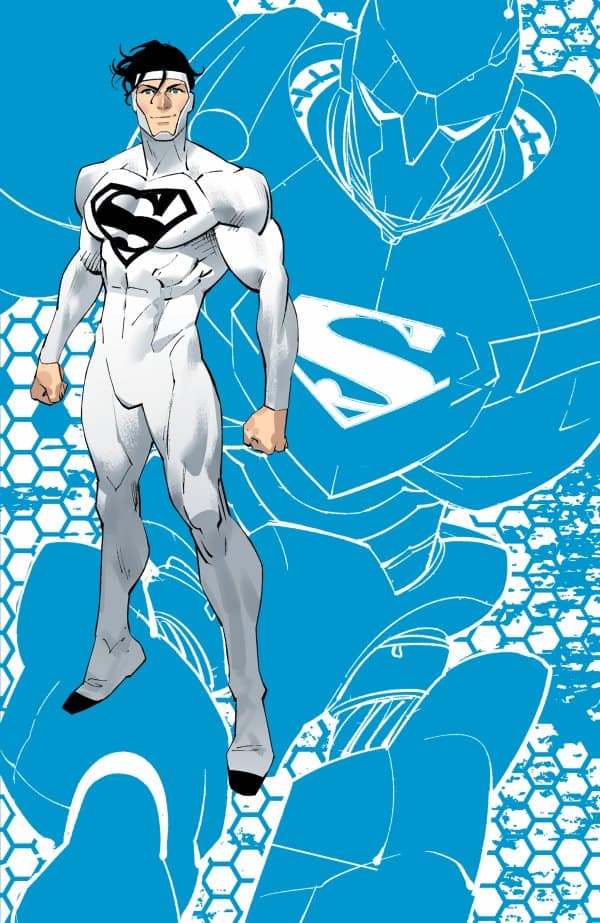 Wonder Woman and the Green Lanterns have arrived to help Batman and the Flash stop the invader from the stars known as Superman. The last time mechs from space arrived, they tried to destroy Earth—these heroes won’t let that happen again, despite Superman’s protests that he’s on their side. Hawkwoman, the war mother of Earth, will intervene to prove to Earth’s heroes Superman is on their side as Darkseid and Lex Luthor prepare their next moves in response to Superman’s arrival…