As Gotham’s Dark Knight of vengeance, Batman is seen by many (mostly criminals, let’s be honest) as judge and executioner of the city’s vilest villains. Well, it’s time for him to meet the Jury! In a last-ditch effort to avenge his daughter’s death, Mr. Worth has teamed with the Penguin’s criminal empire, the Party Crashers gang, and the Falcone crime family to form the kind of villain team-up that would leave a Boy Wonder sweating in his booties. Backup: Countdown to Task Force Z: Part One! Deb Donovan is on the trail of some weird happenings in Gotham…missing bodies from the morgue…tales of shady criminal activity the likes of which Gotham has never seen…and the person trying to keep her quiet is…Batman? 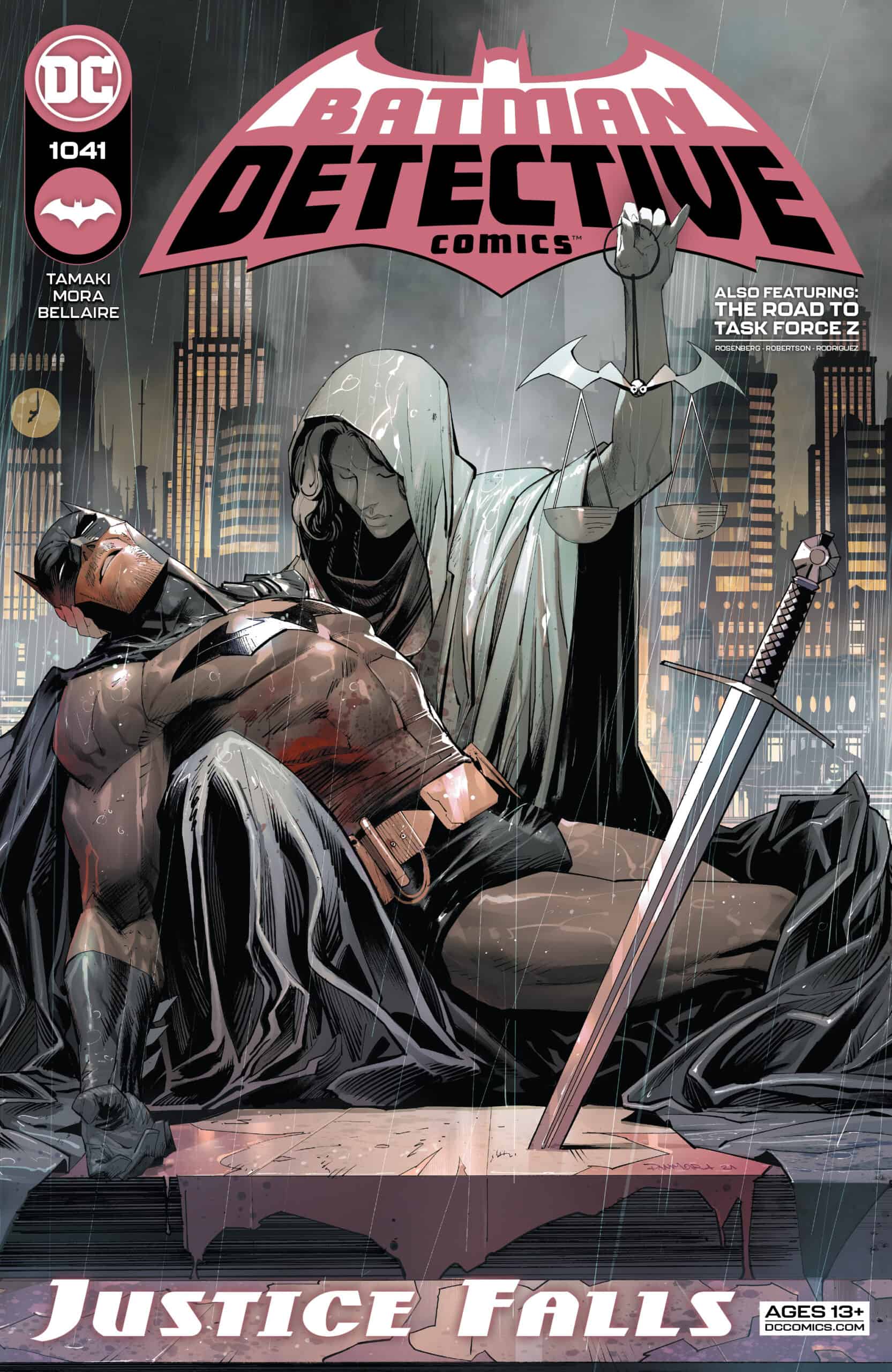 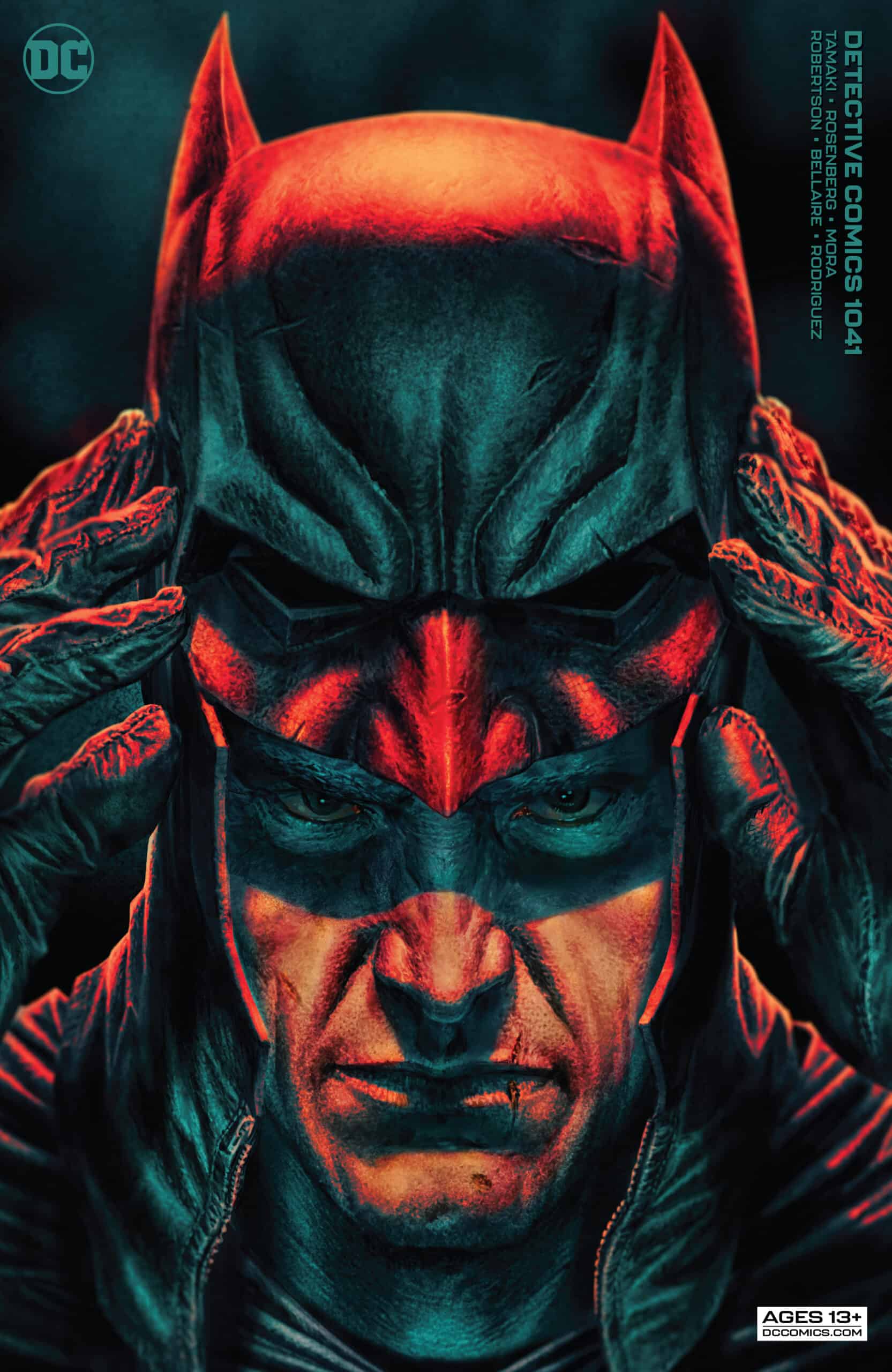 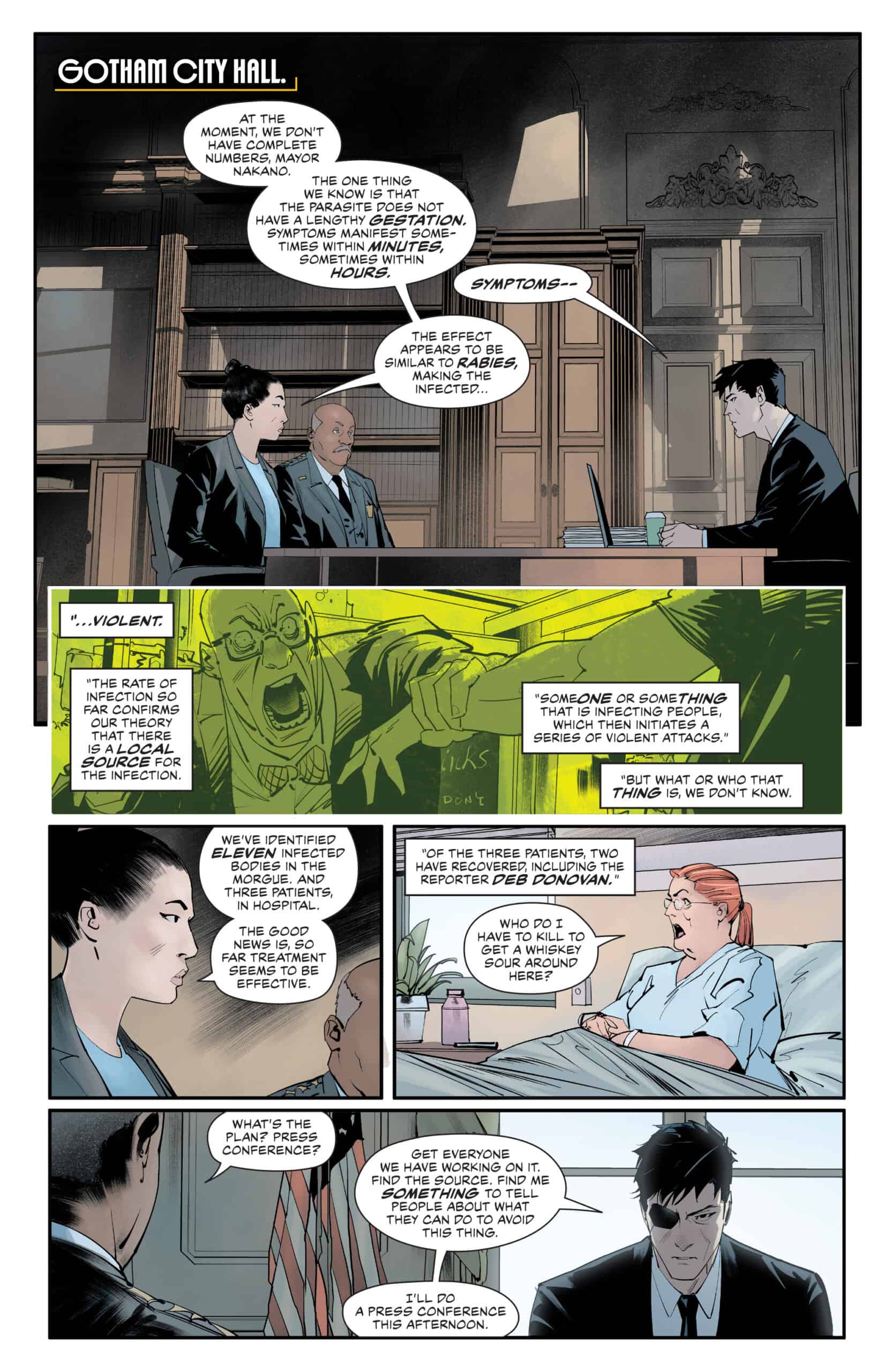 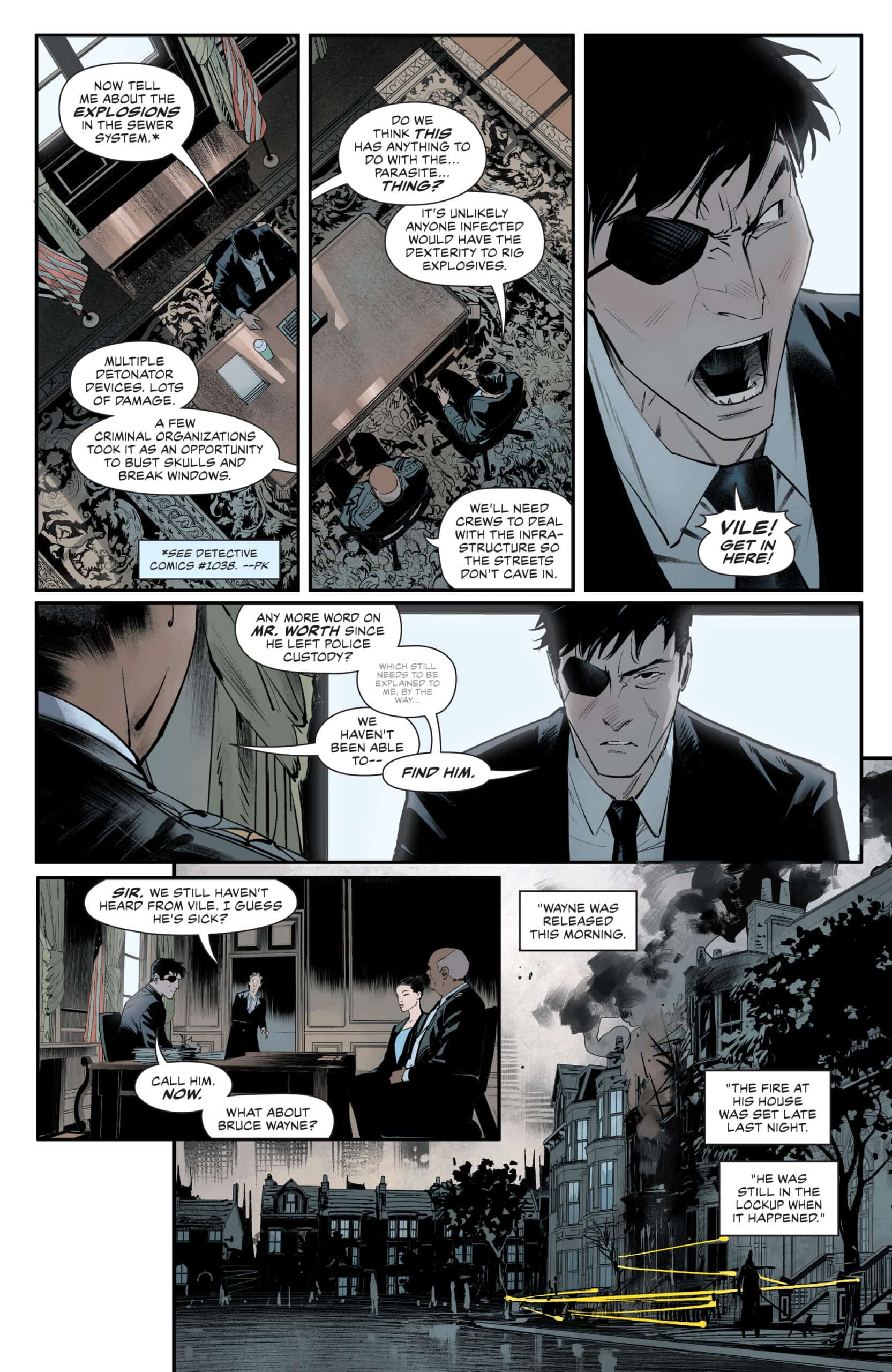 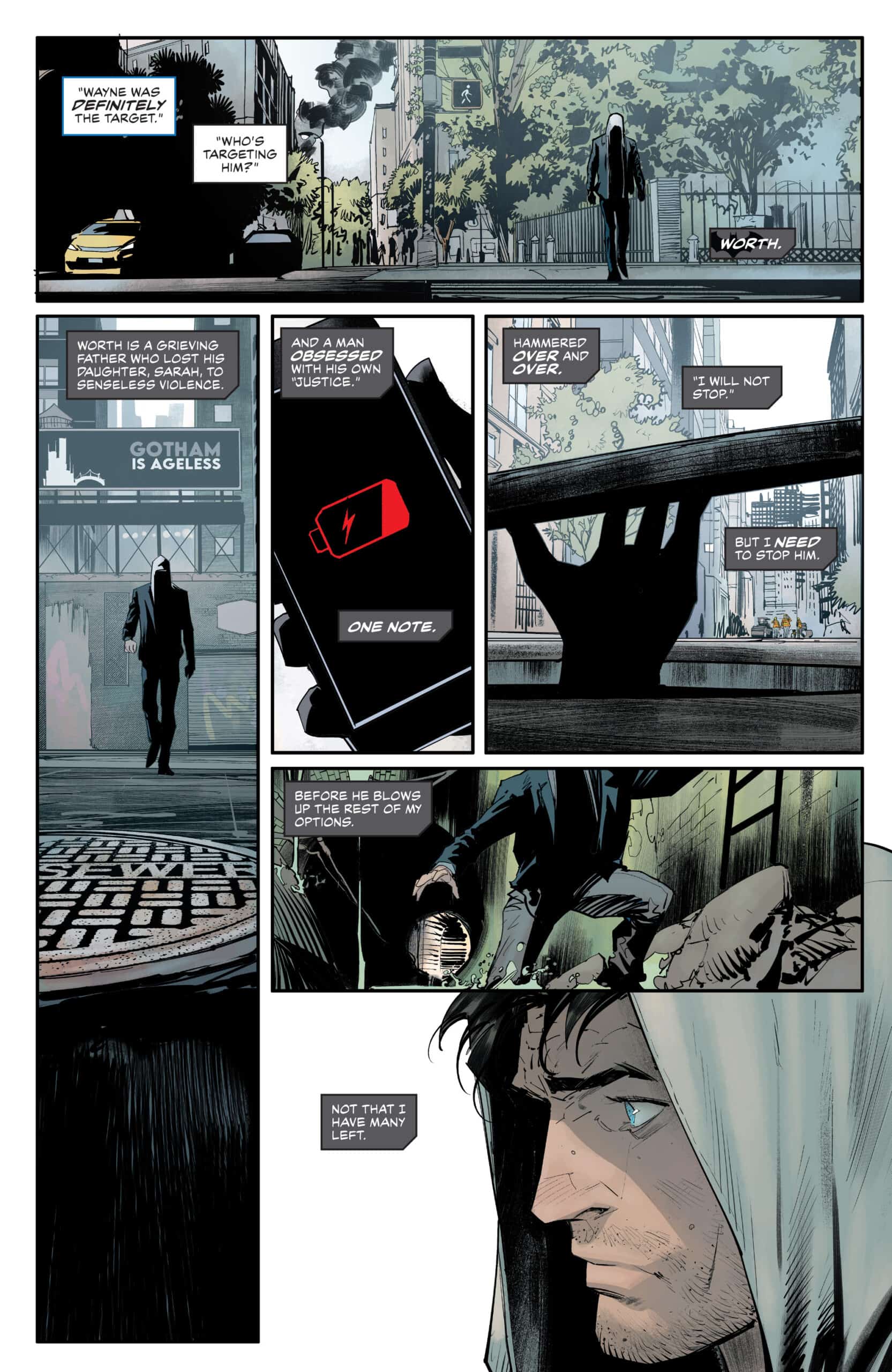