“The Tower” part two! The mysteries of Dr. Wear begin to unfold as a new doctor named Frow joins the staff of Arkham Tower. The Bat-Family tries to figure out the best way to infiltrate the facility, but someone may have gotten the drop on them…someone not unfamiliar with psychiatric facilities…one Dr. Harleen Quinzel, better known to you dear readers as Harley Quinn! Backup: “House of Gotham” part two! A boy’s parents were killed by The Joker, and he fell through the cracks of the system. Instead of being sent to a facility that could care for him and his trauma, he was sent to Arkham Asylum! Will the villains inside eat him alive or show him how to survive in a city ruthlessly overseen by Batman?? 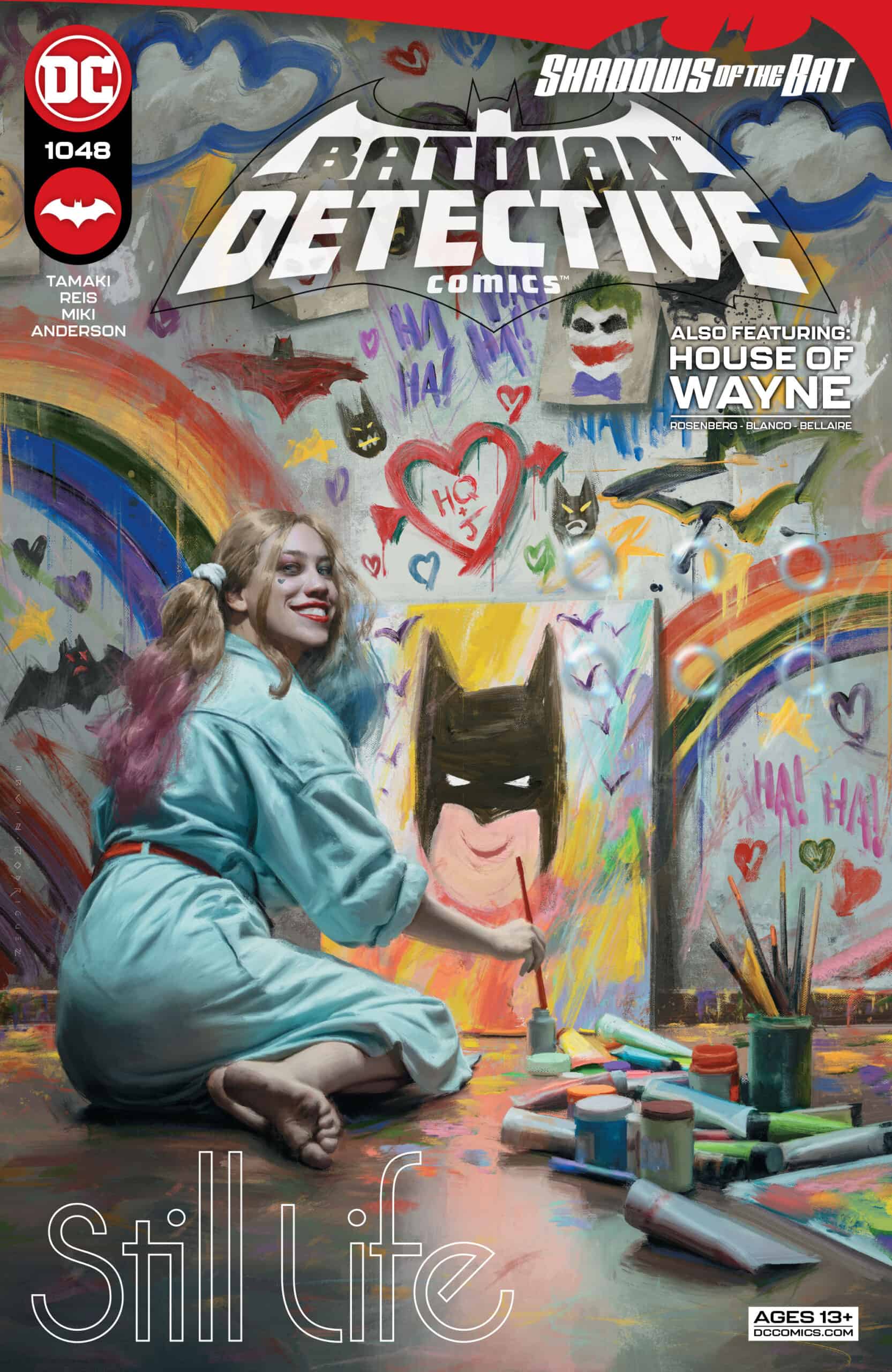 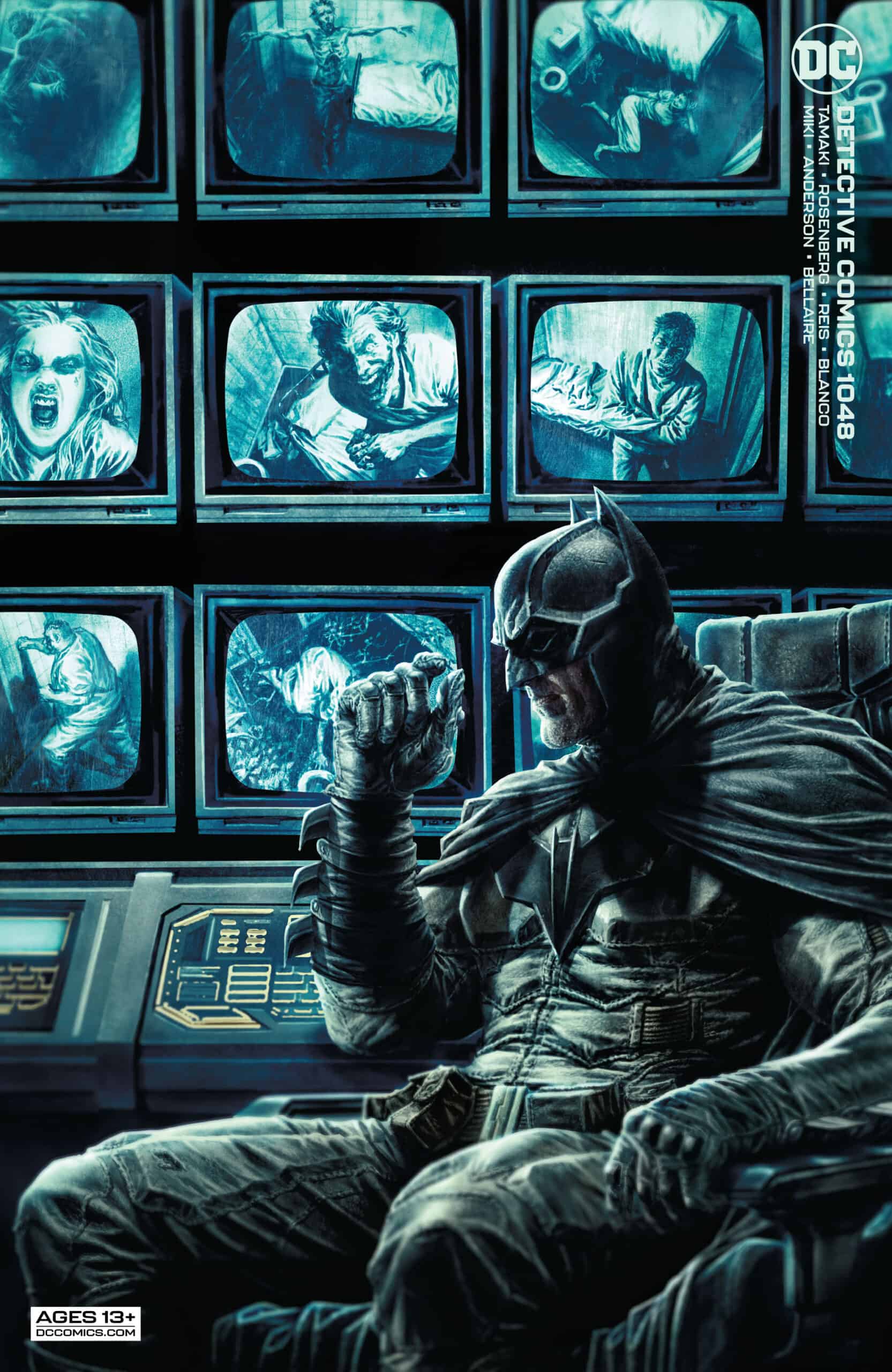 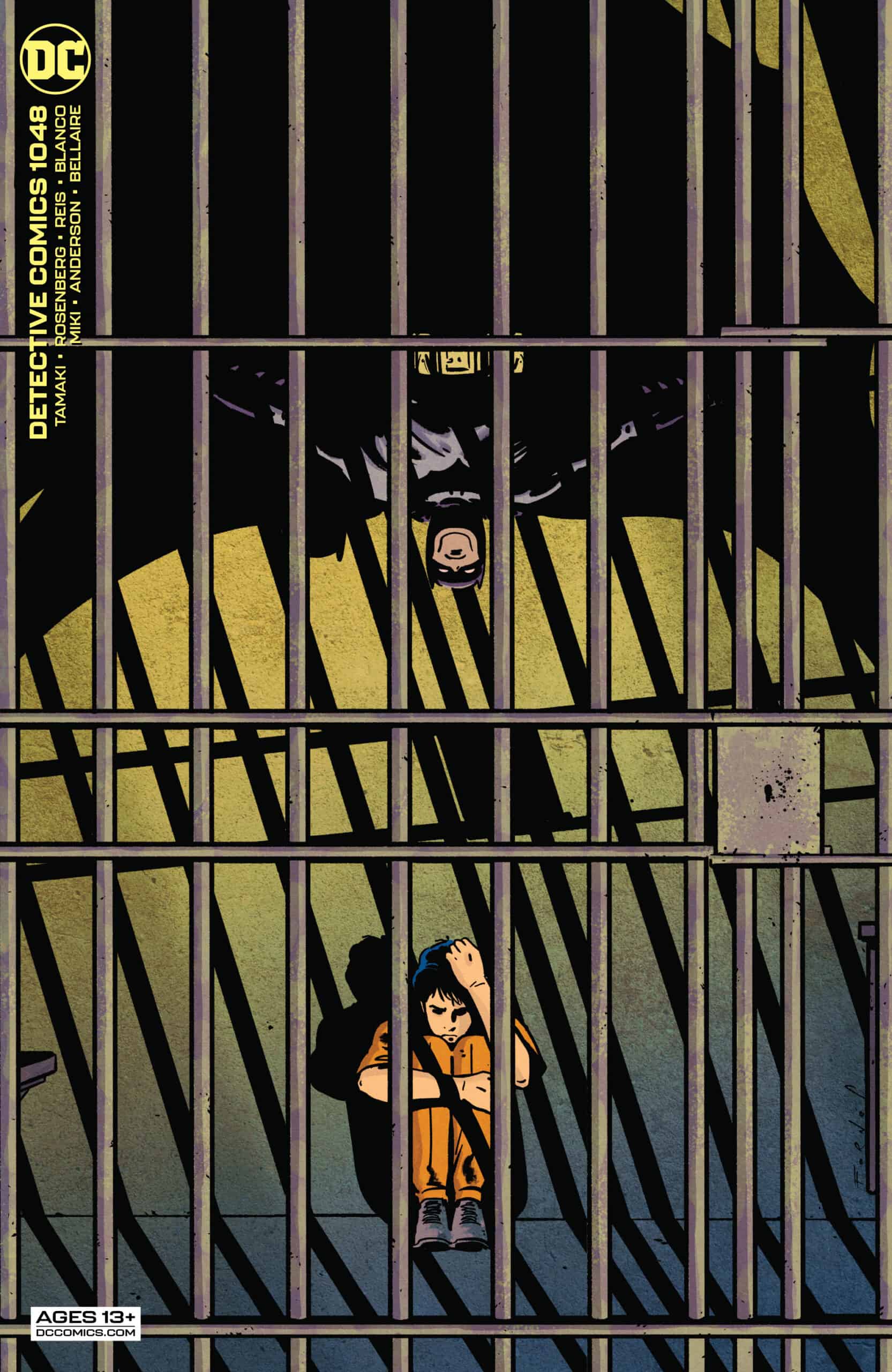 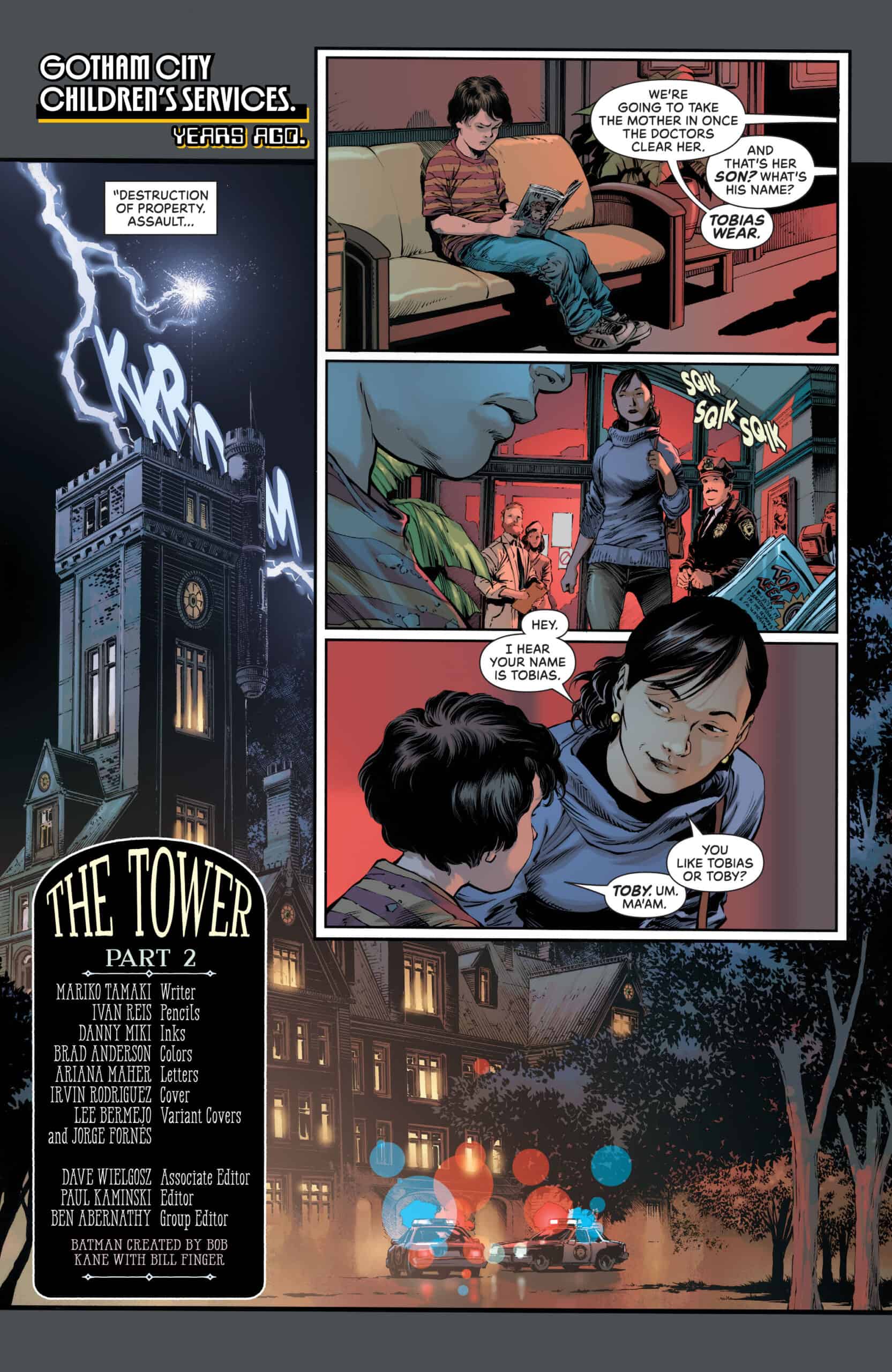 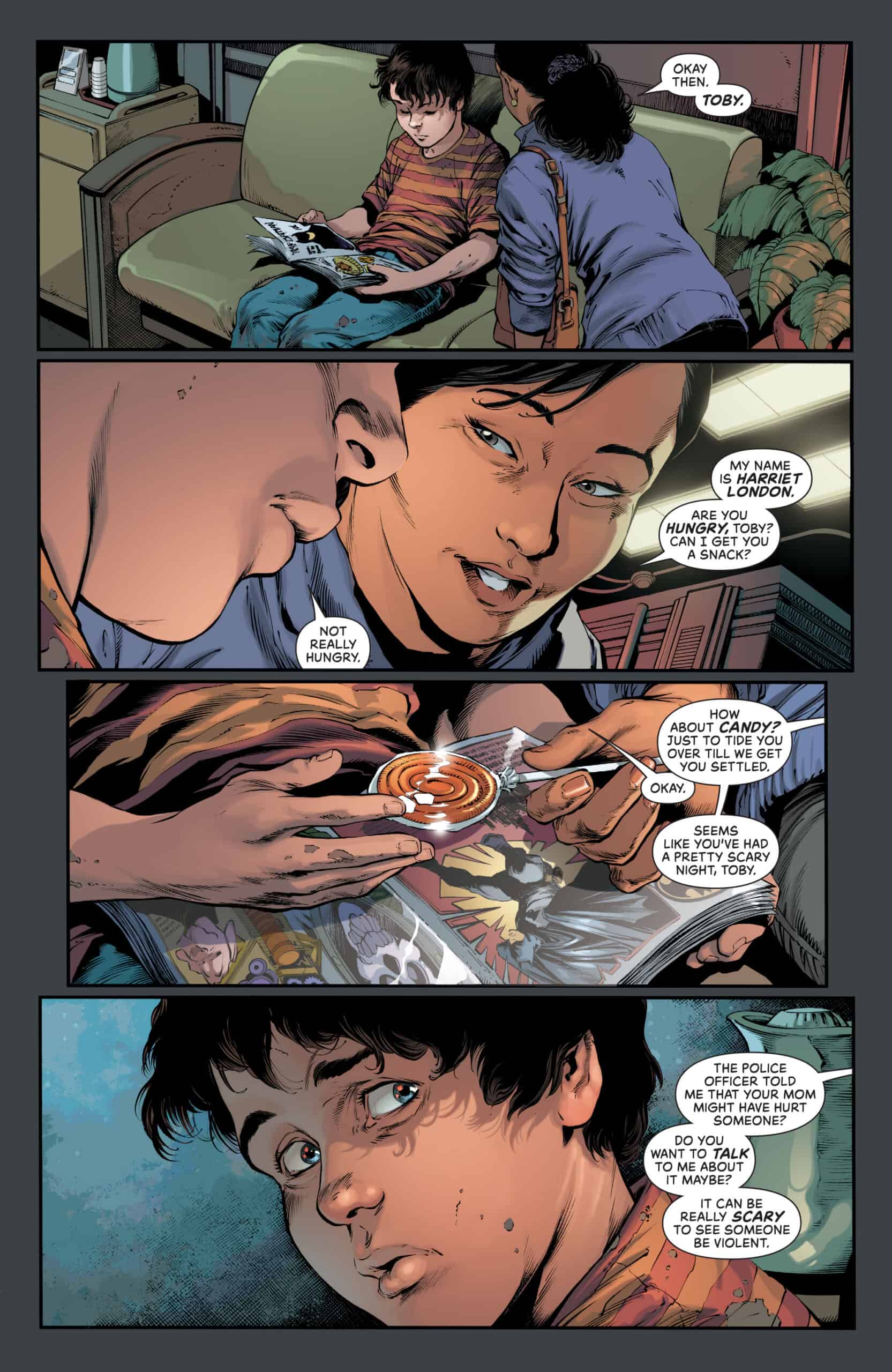 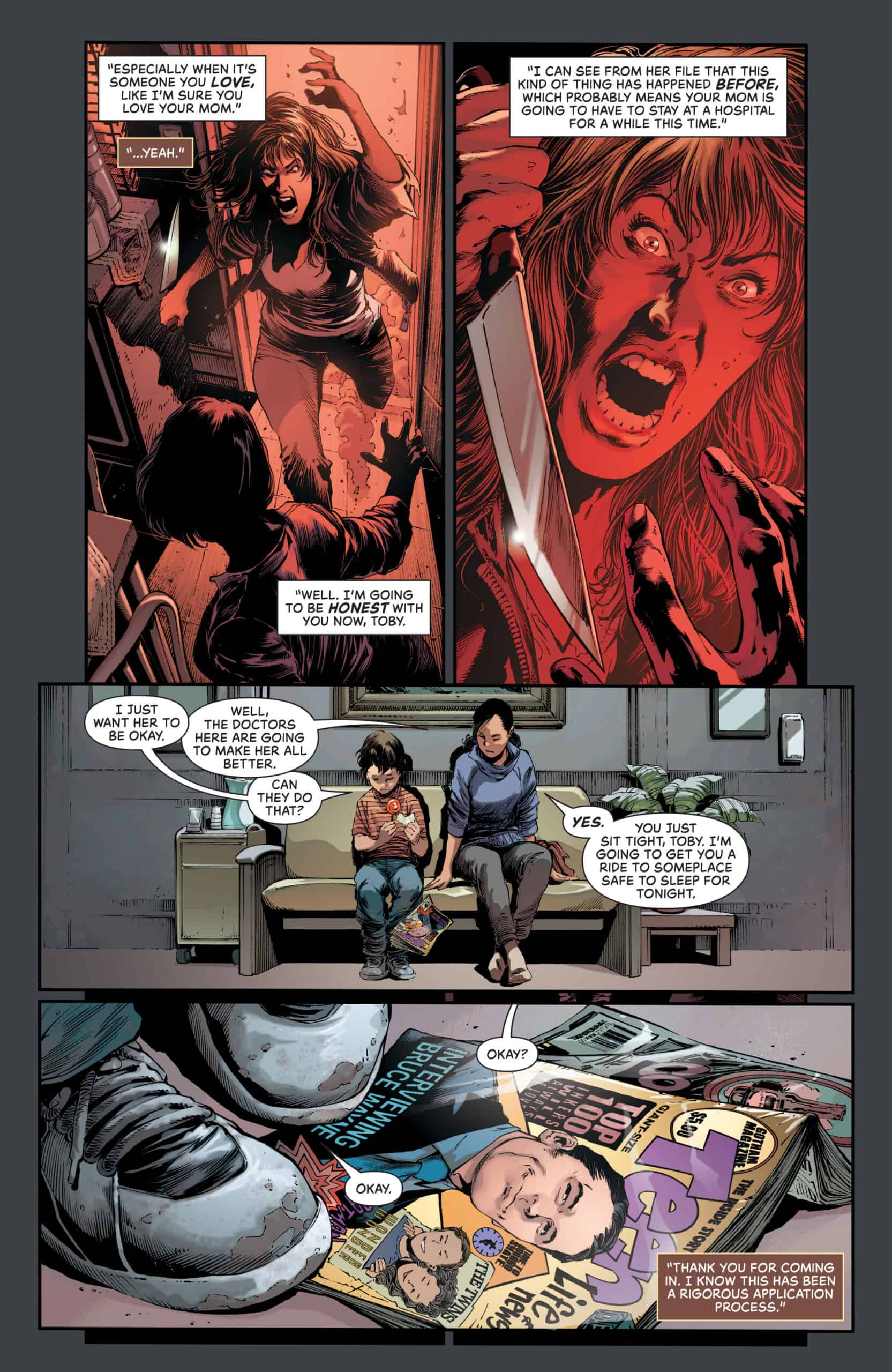 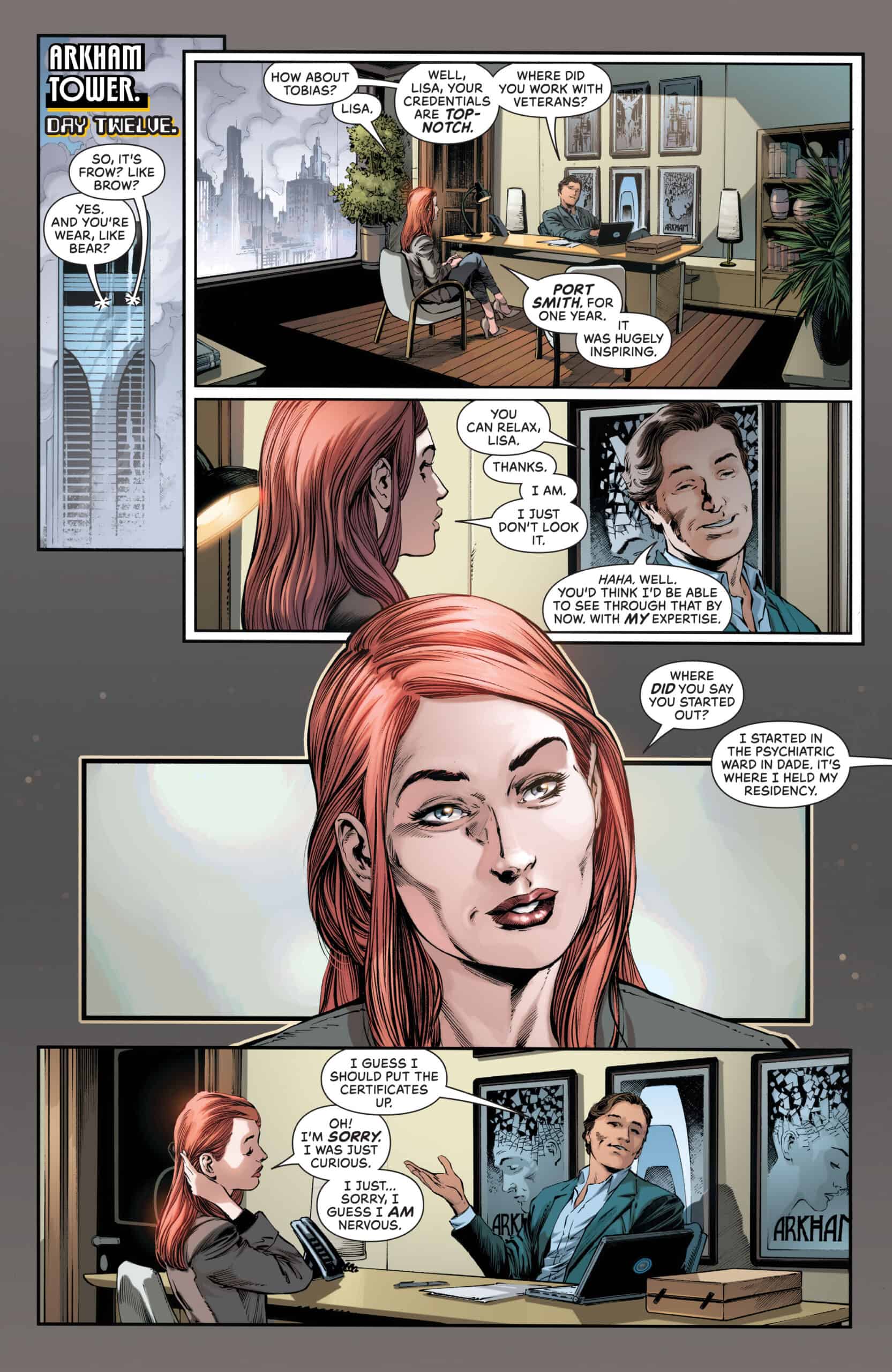 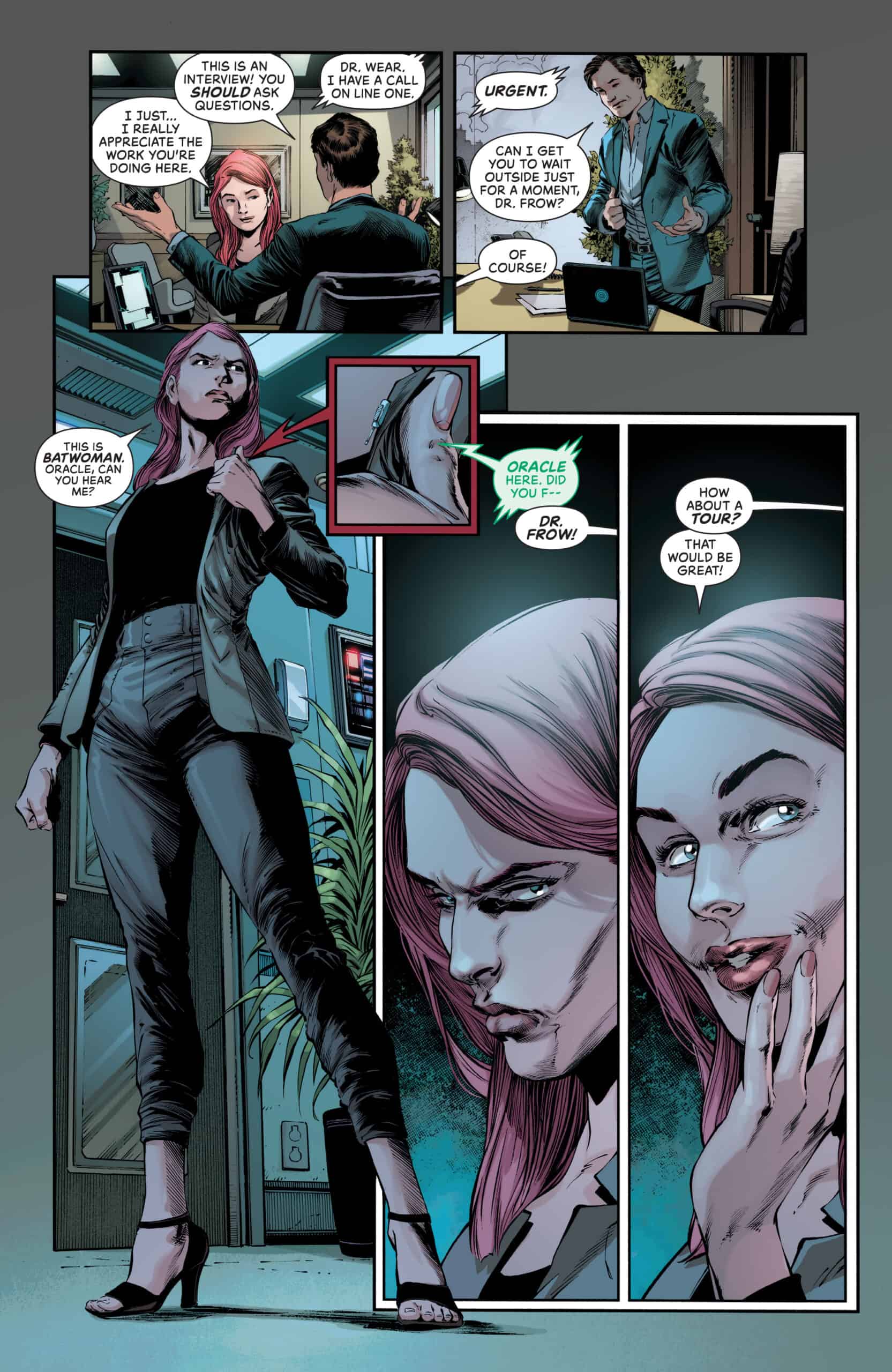