A Guardian of the Universe lies dead, and the universe teeters on the brink of war. As the summit of the United Planets and the Green Lantern Corps falls into chaos, an even bigger threat looms. With John Stewart reassigned to the role of an ambassador, a surprise appearance by one of the newest Green Lanterns may be all that stands between the Corps and oblivion. (Spoiler: it’s Far Sector’s Jo Mullein.) 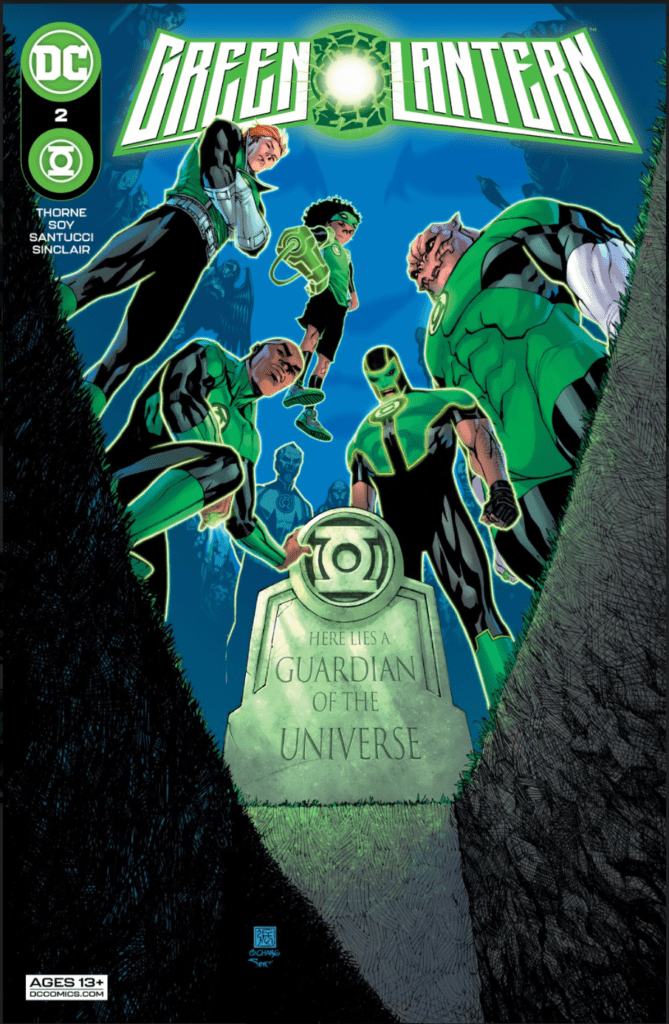 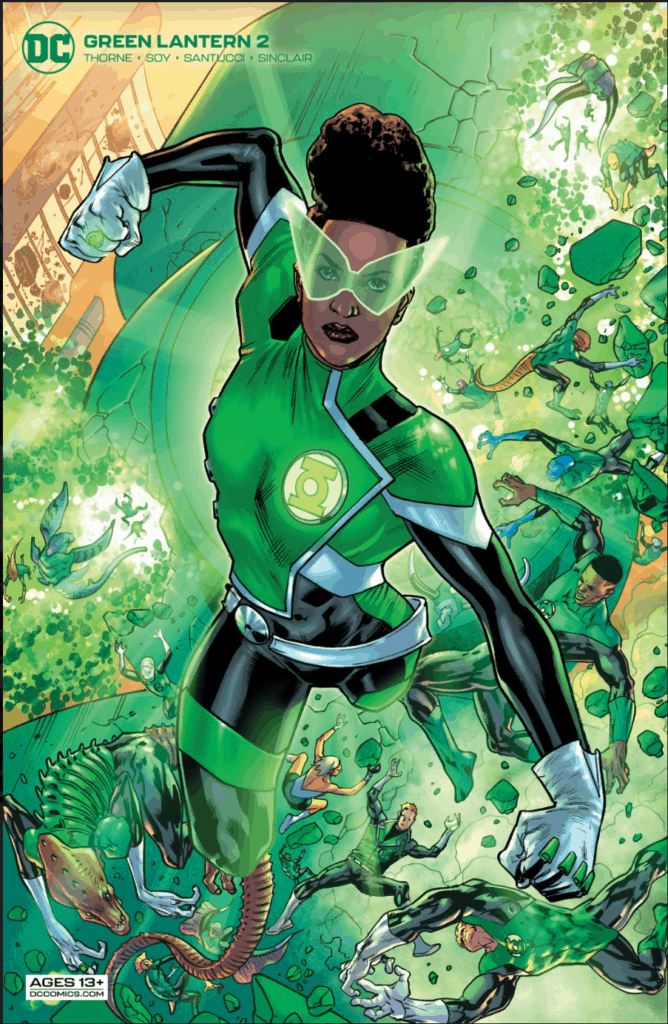 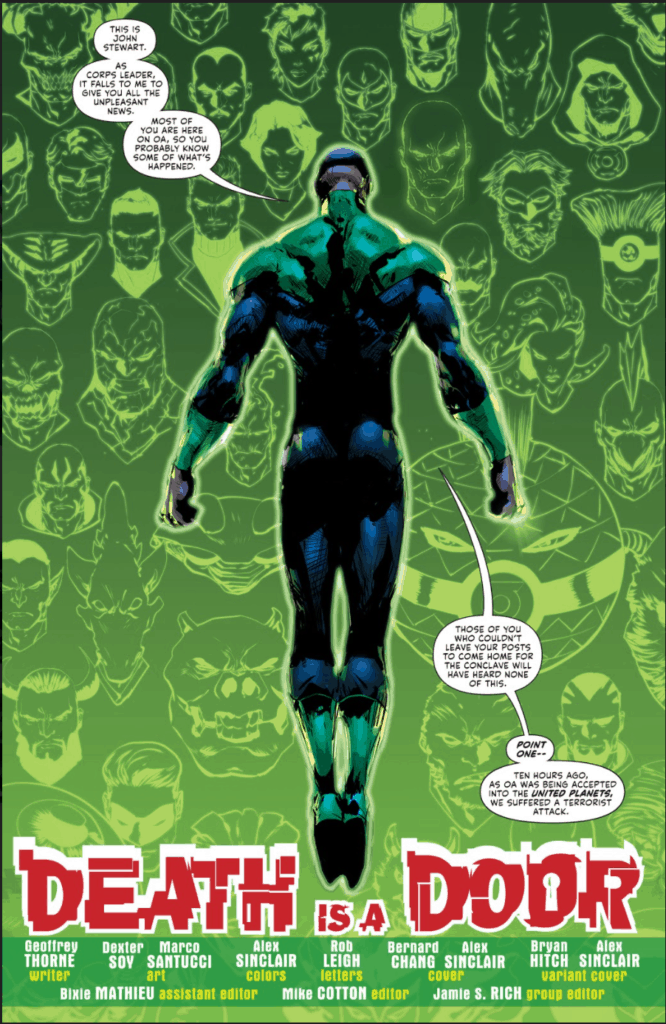 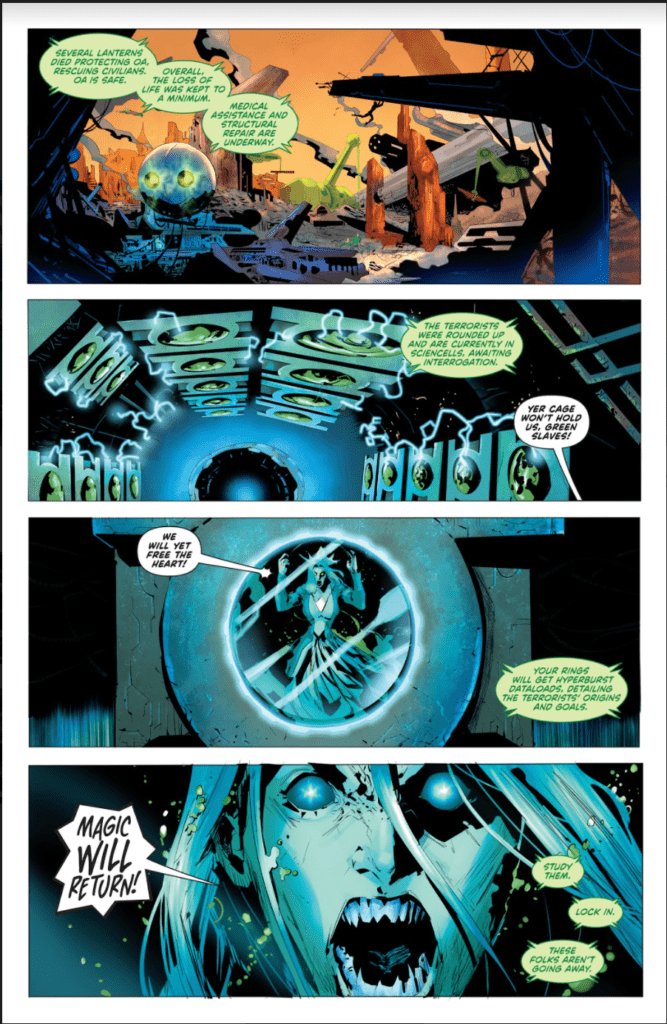 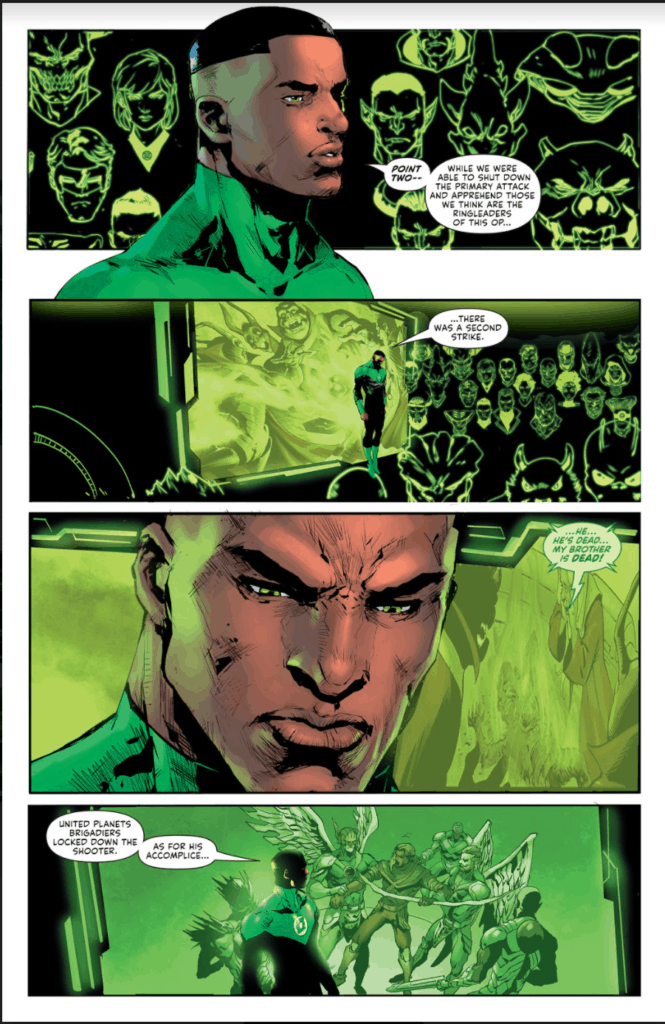