President Superman finds himself in the wrong world, and it isn’t looking good. Bones and Chase attempt to stop super-powered heroes and villains from crossing Multiversal lines. If they can shut down the President of Steel, they think that it will serve as a signal to all to not mess with Earth-0! This is only a distraction, however, as Injustice Incarnate begins to show them the worst the Multiverse has to offer, and only Flashpoint Batman is there to lend the heroes backup. 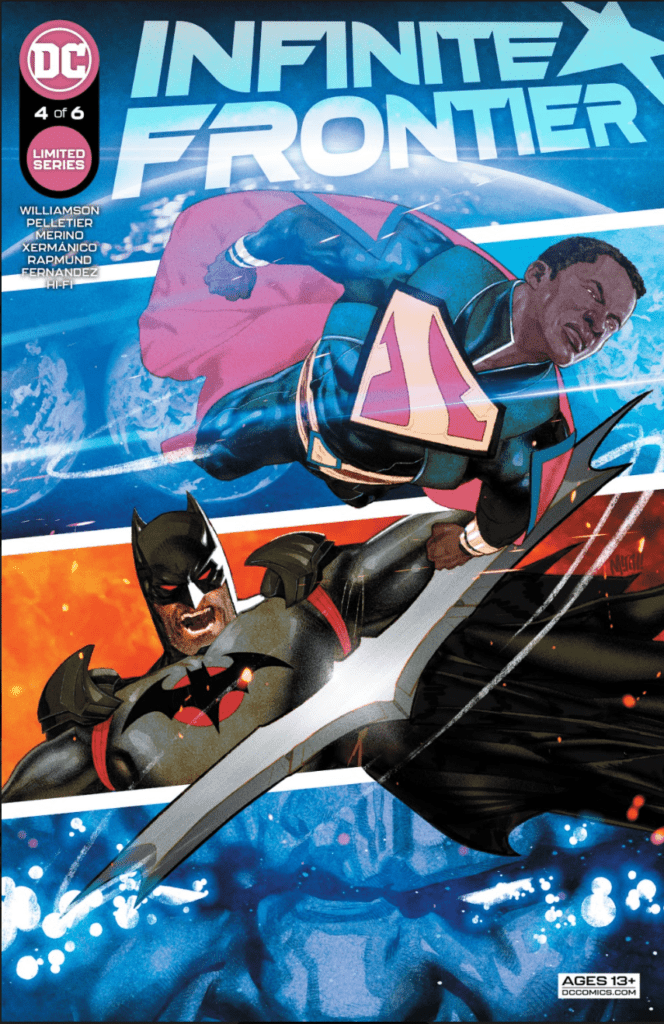 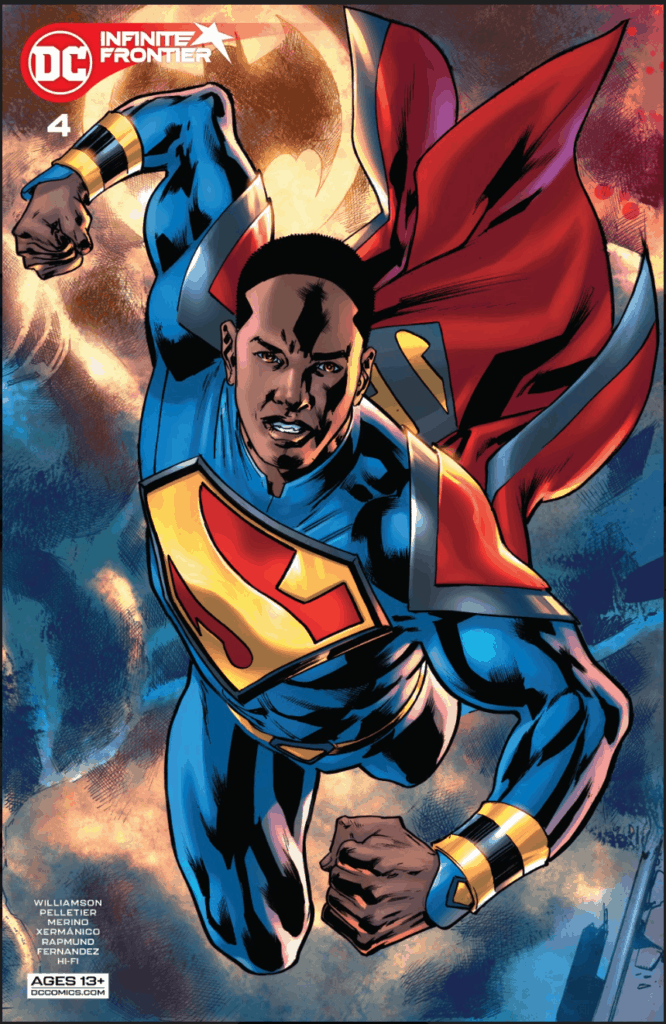 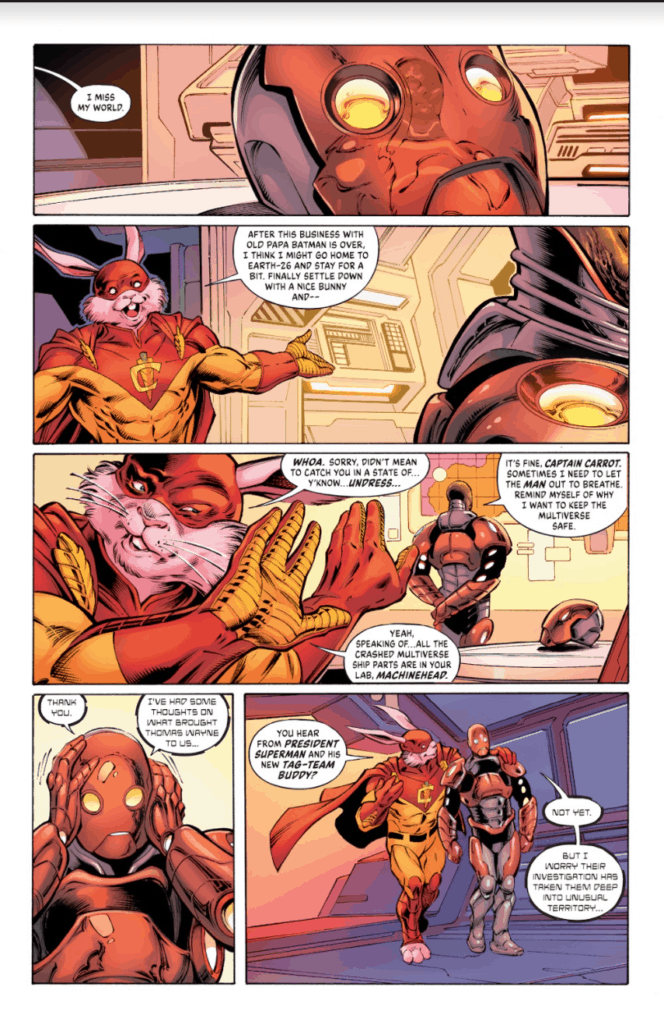 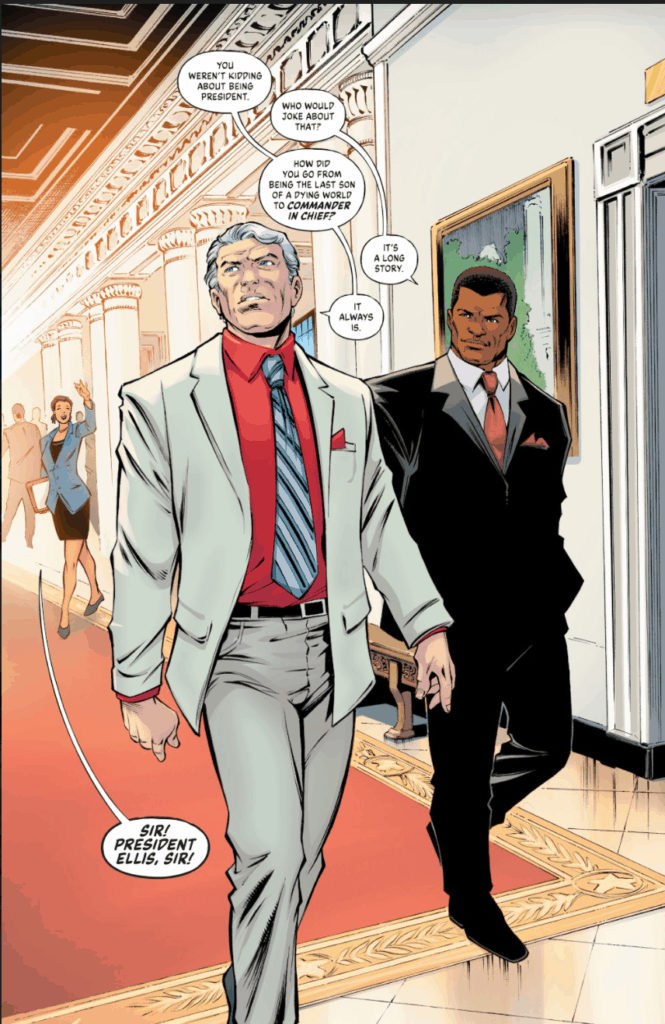 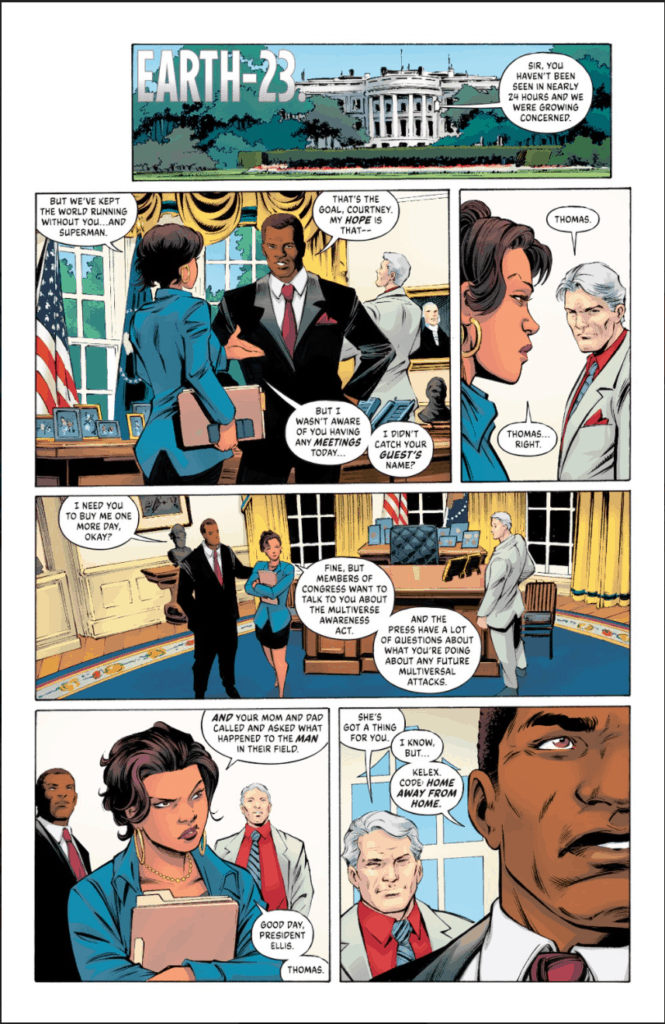 The future of the DCU is here! NOW!