The Trial of Naomi commences! After the shocking events of the last few issues of Justice League, the team is forced to confront its larger issues as a group and the responsibilities the League has to the world where they live versus the Multiverse at large. Guest stars galore as Justice League members from the past come to give guidance for the future. Naomi’s fate is revealed. Black Adam joining the Justice League becomes public, and the fallout is surprising. And what cosmic secret is Hawkgirl carrying with her? 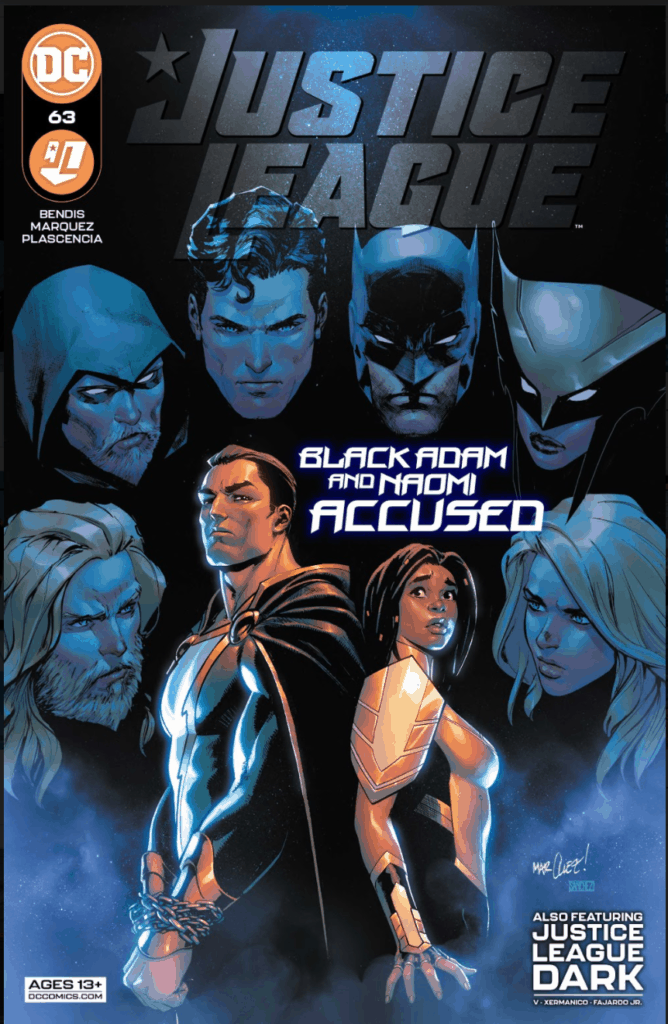 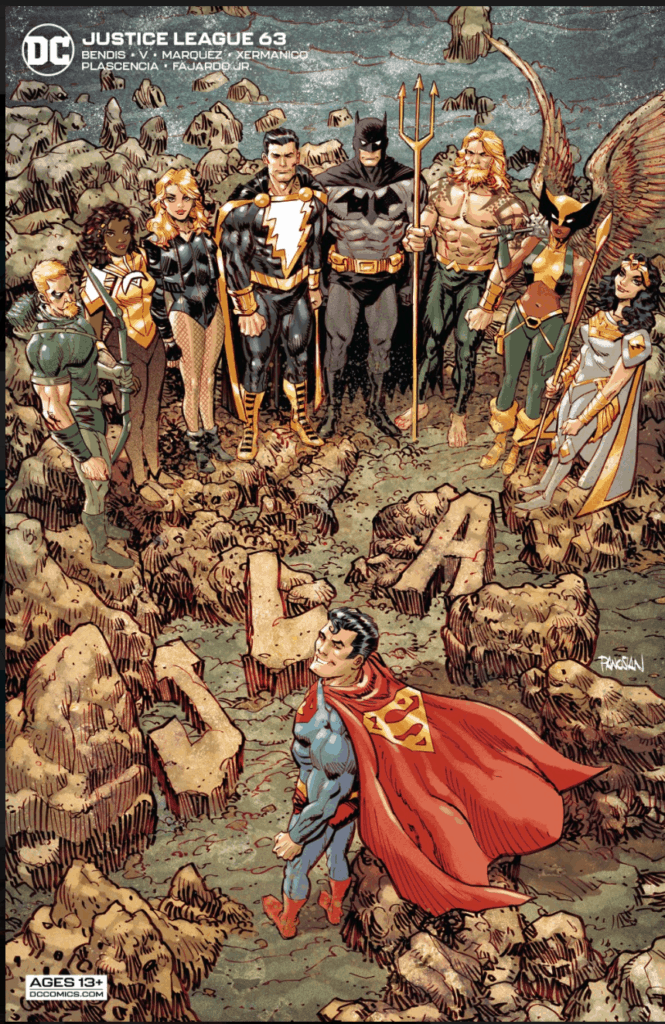 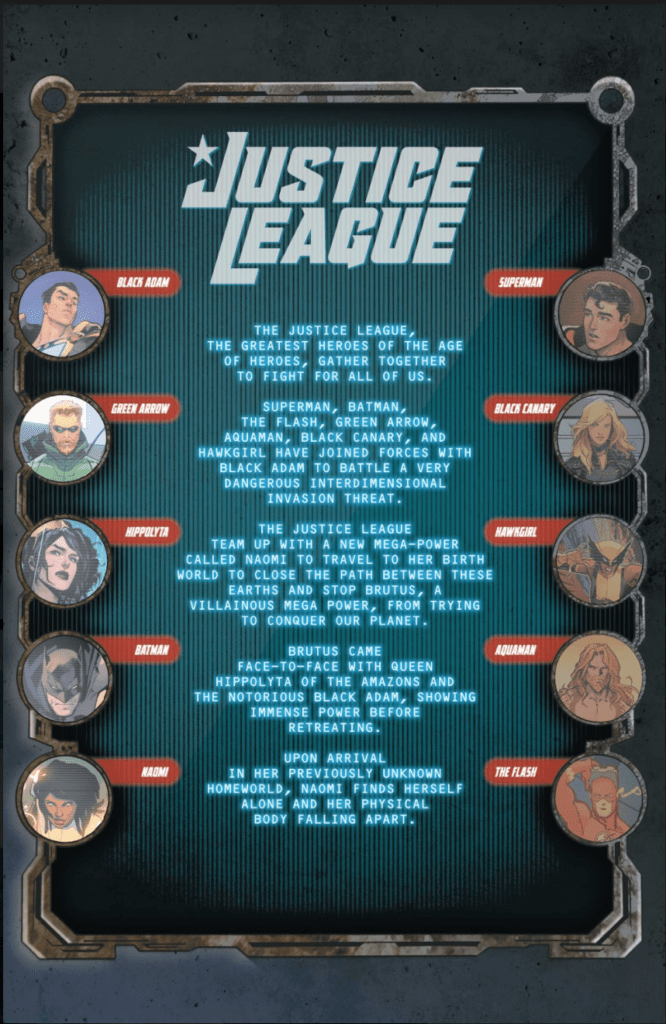 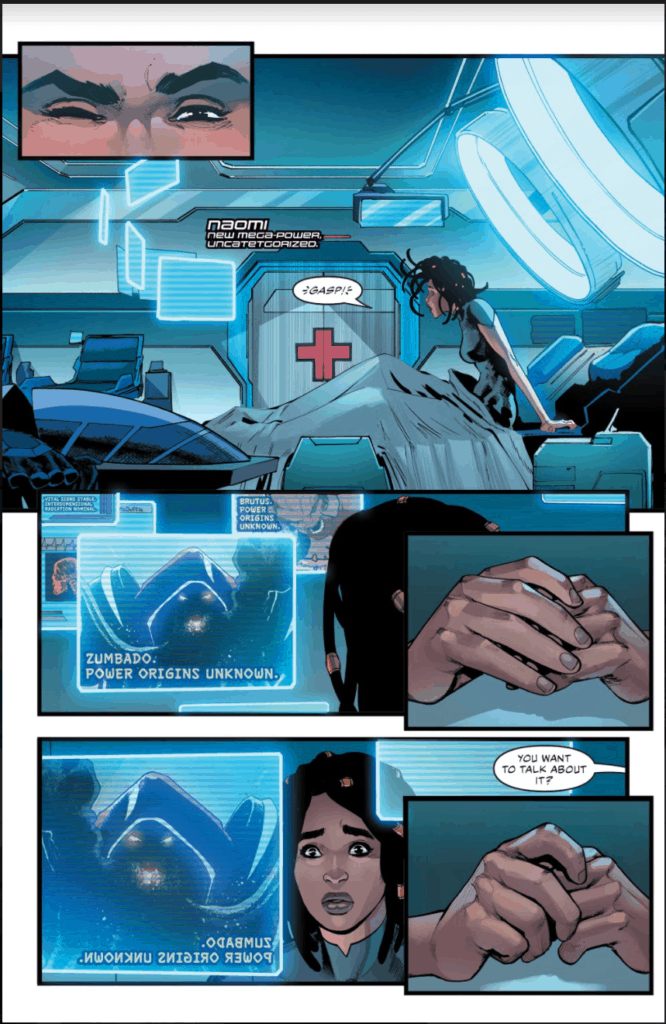 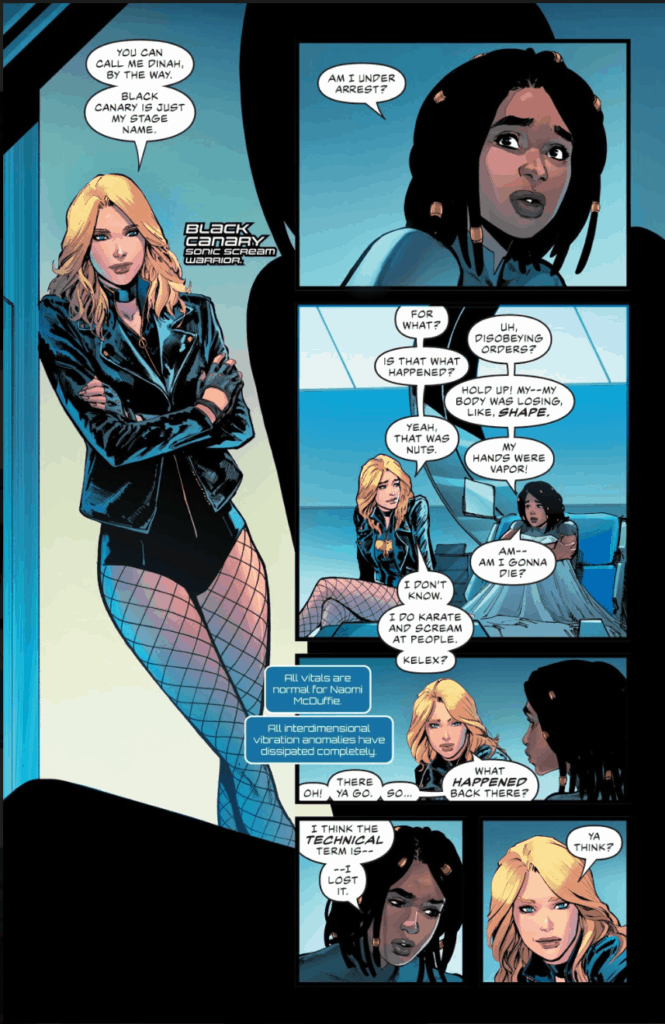 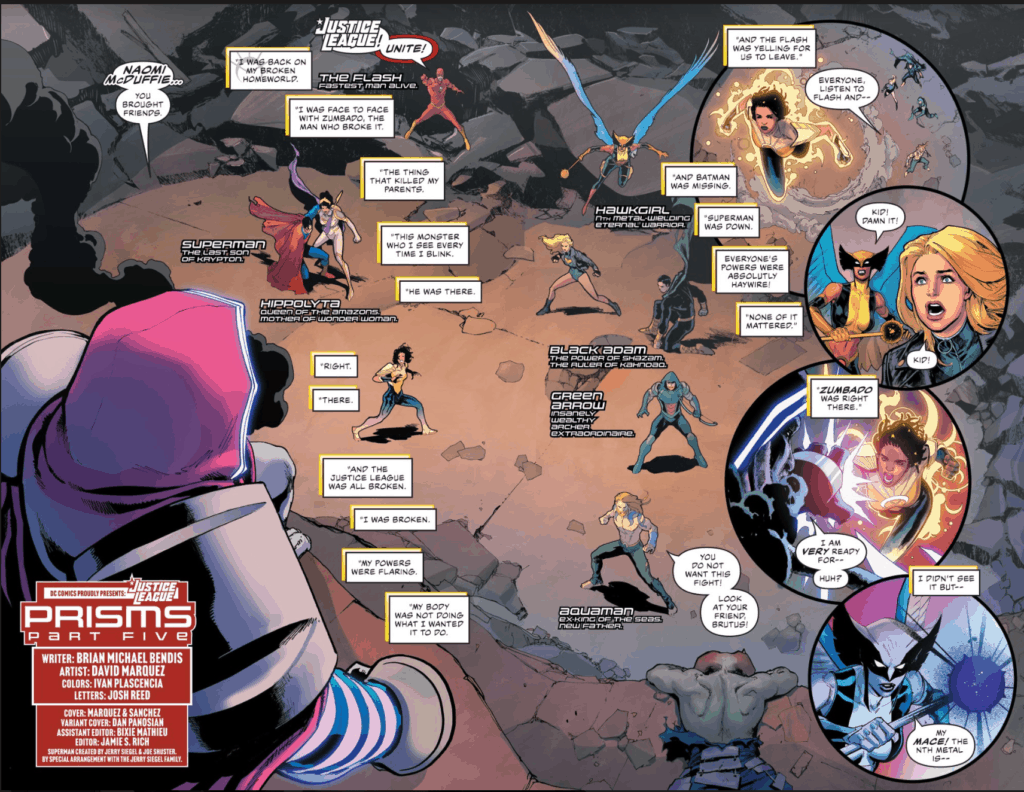 Meanwhile, the Justice League Dark must rely on the wit of John Constantine to make their way back to the real world, which is slowly losing its grip with Merlin ready to remake it in his image. Little do they know, a knight from the sorcerer’s past is the key to stopping him once and for all. Will she survive long enough to help our heroes? 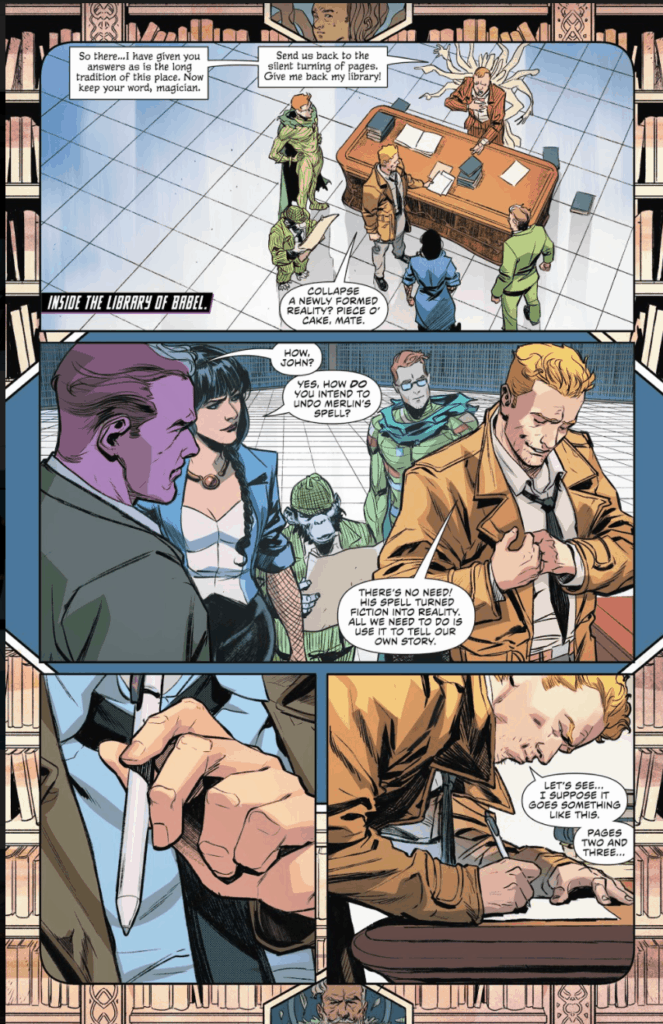 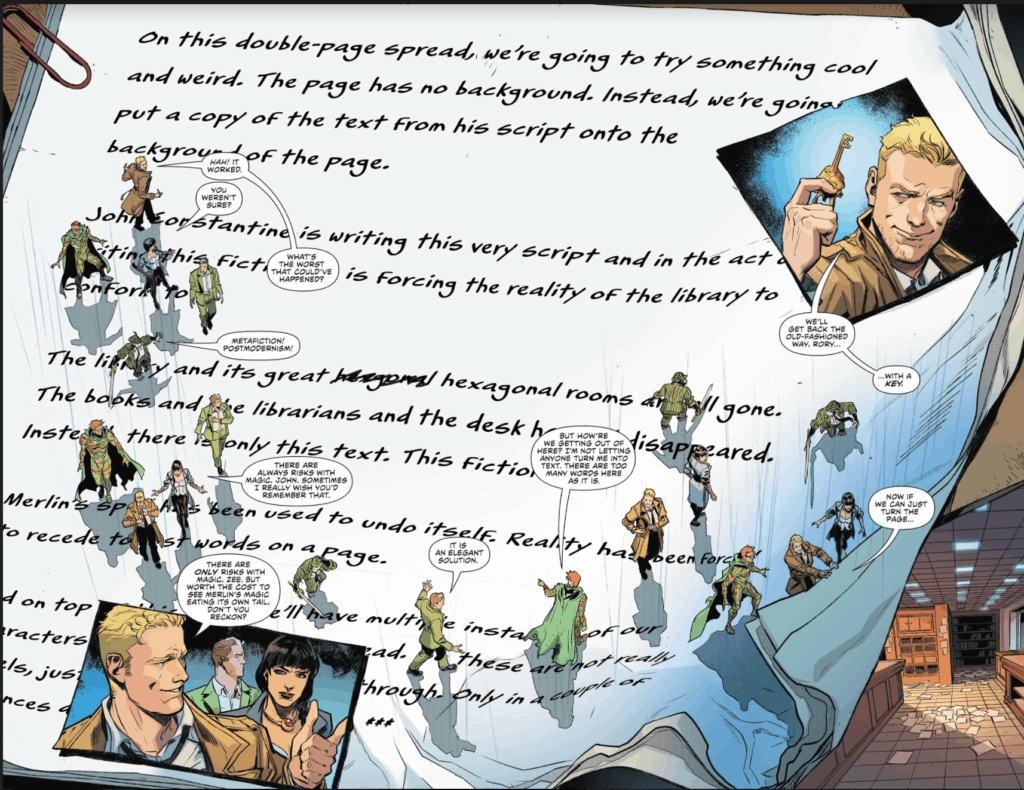 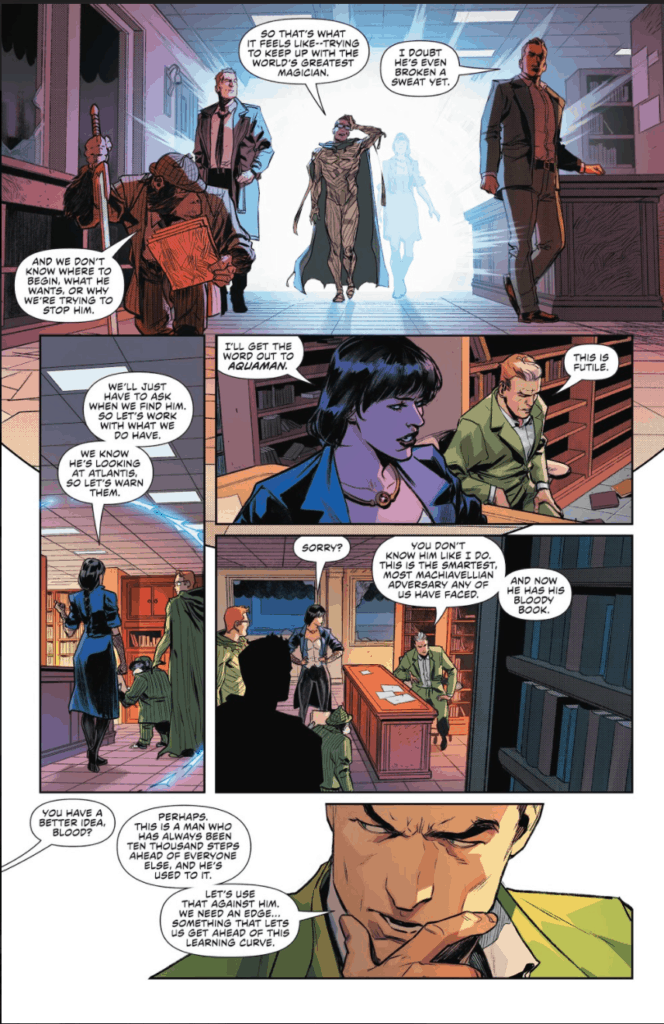 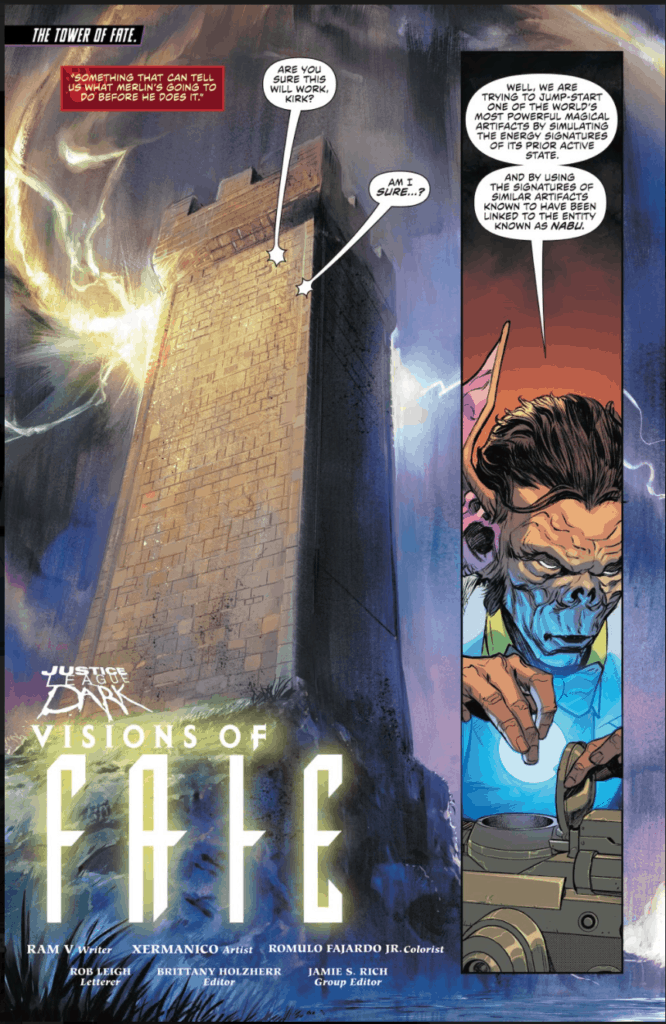