A story over a year in the making and set into motion with Infinite Frontier #0, Fear State begins! Batman played into the hands of the Scarecrow, who has unleashed a coordinated attack on Gotham City through his manipulation of Simon Saint and Peacekeeper-01. But there are other forces at work with the emergence of an Anti-Oracle spreading fake news across all channels and inciting terror and violence on the streets of Gotham!

Backup: Clownhunter has turned down help from Batman, Leslie Thompkins, the Red Hood, and everyone else who has offered it to him, thinking that he can handle being a vigilante on the streets of Gotham City by himself. But when he takes a shot at fighting the Scarecrow one-on-one, he’ll learn very quickly how much in this city he’s not ready for yet. NEW HERO – PEACEKEEPER X! 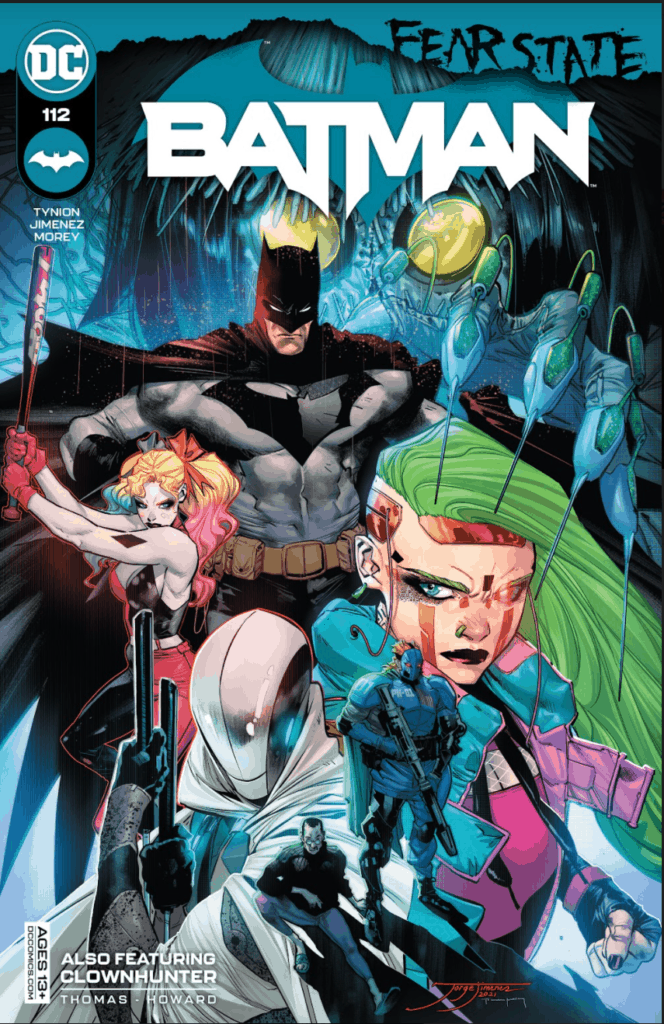 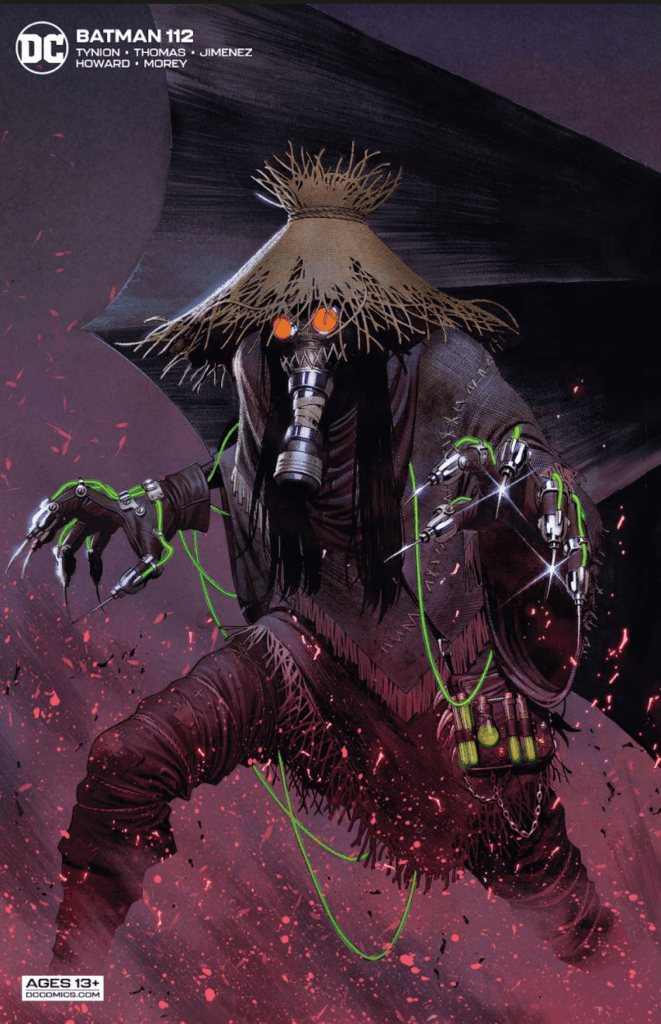 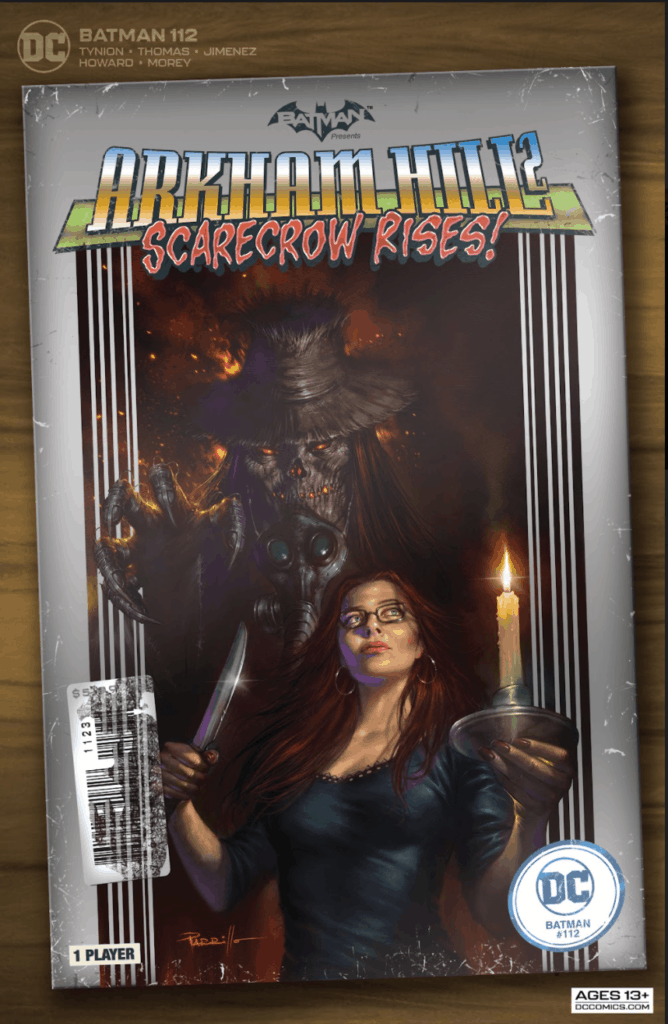 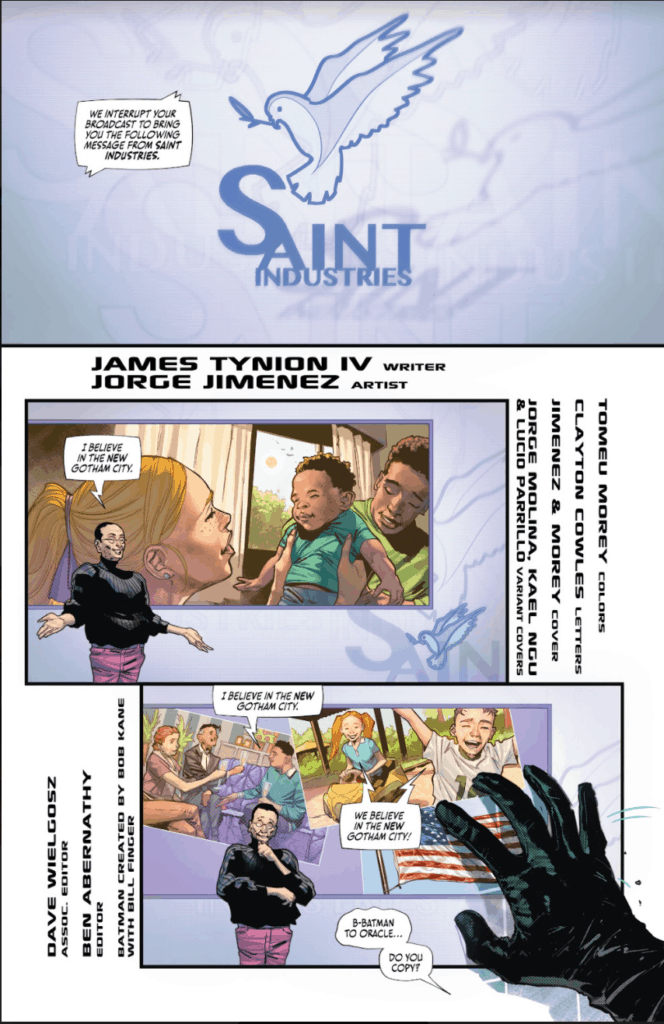 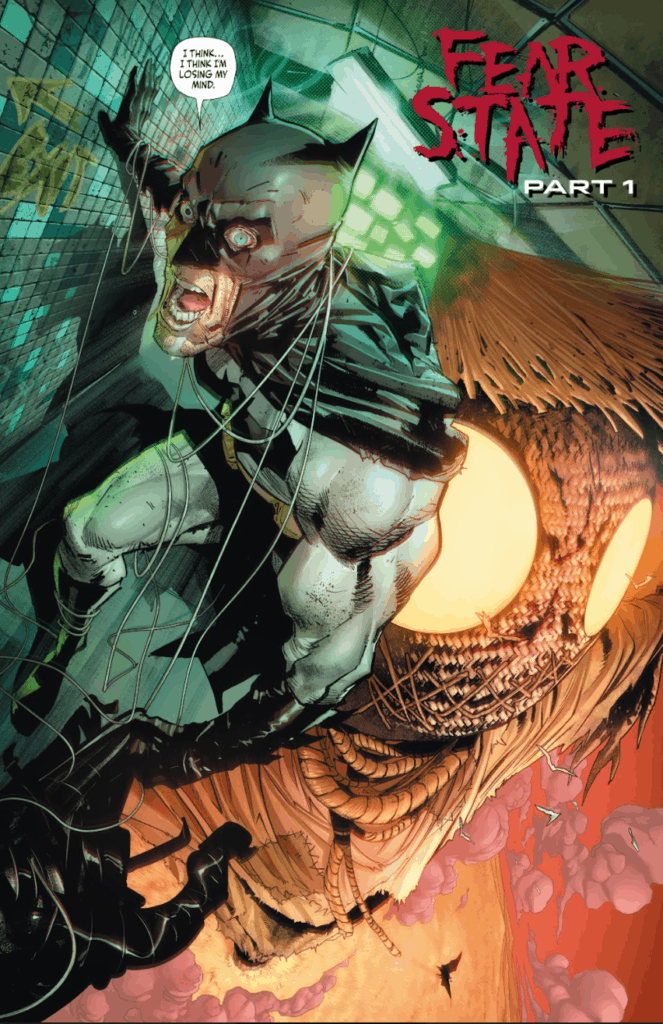 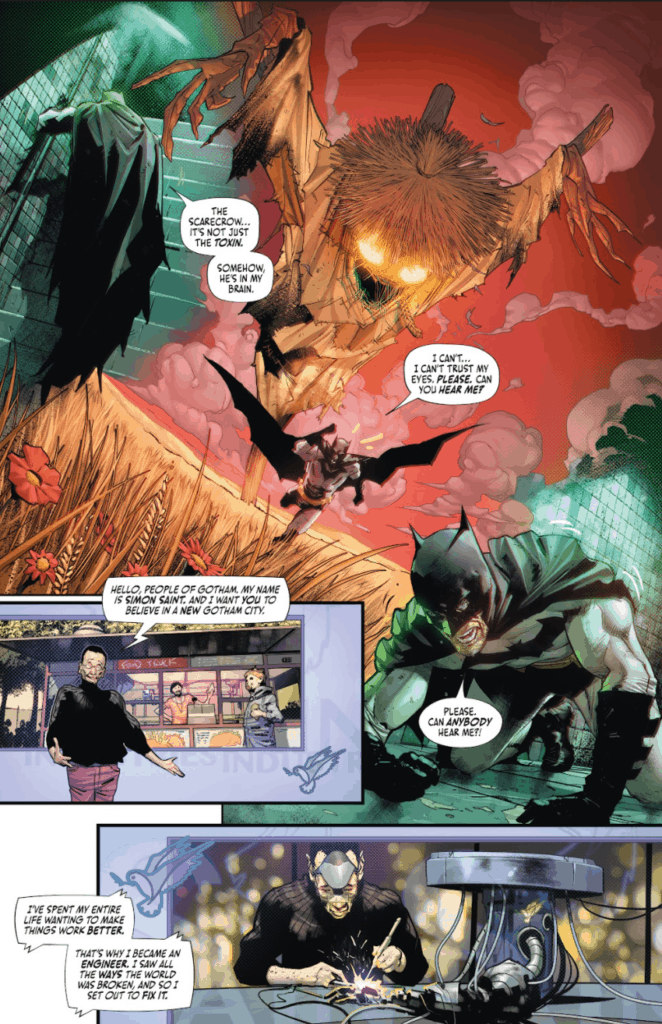 The FEAR STATE is here, and no one is safe!