Ghost-Maker reveals a dark revelation about his past connection to Jonathan Crane while Batman puts together the pieces of Scarecrow’s master plan. Using the Unsanity Collective’s technology, the villain plans to detonate a “Fear Bomb” in Gotham City! Backup: Clownhunter has been dosed by the Scarecrow with a deadly fear toxin and is now traveling through his greatest nightmare of Gotham City. Will the Clownhunter center himself and strike back at Scarecrow? Or will he succumb to all his worst fears?! 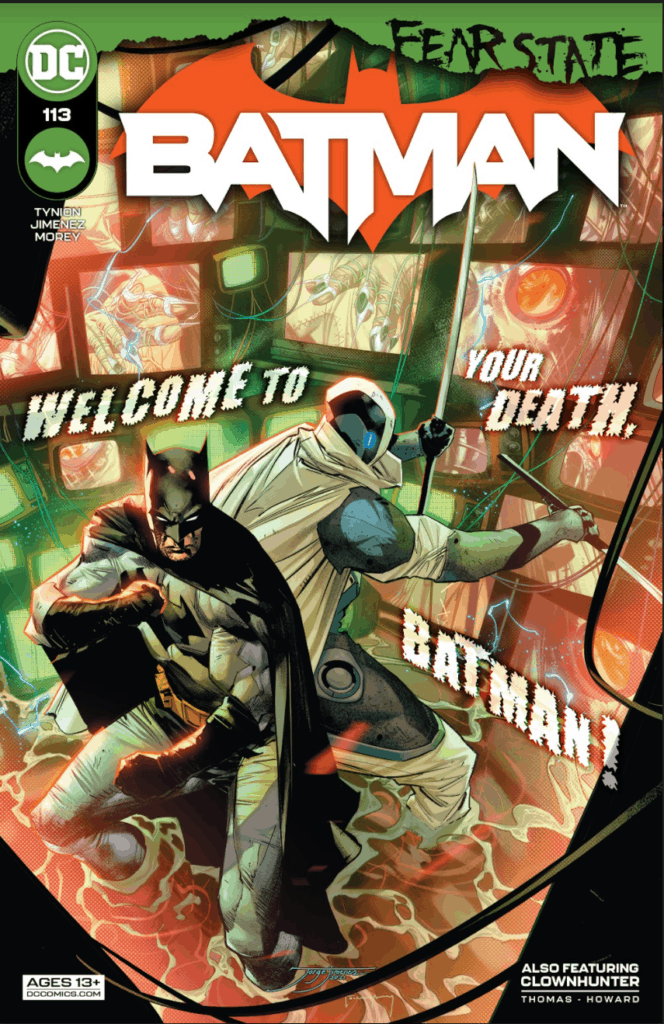 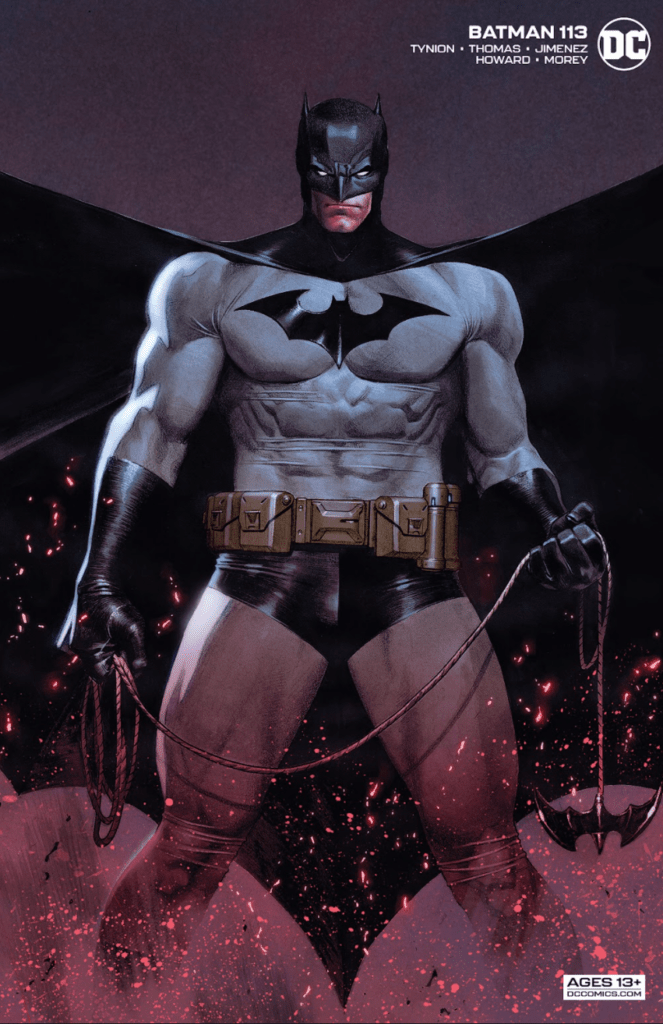 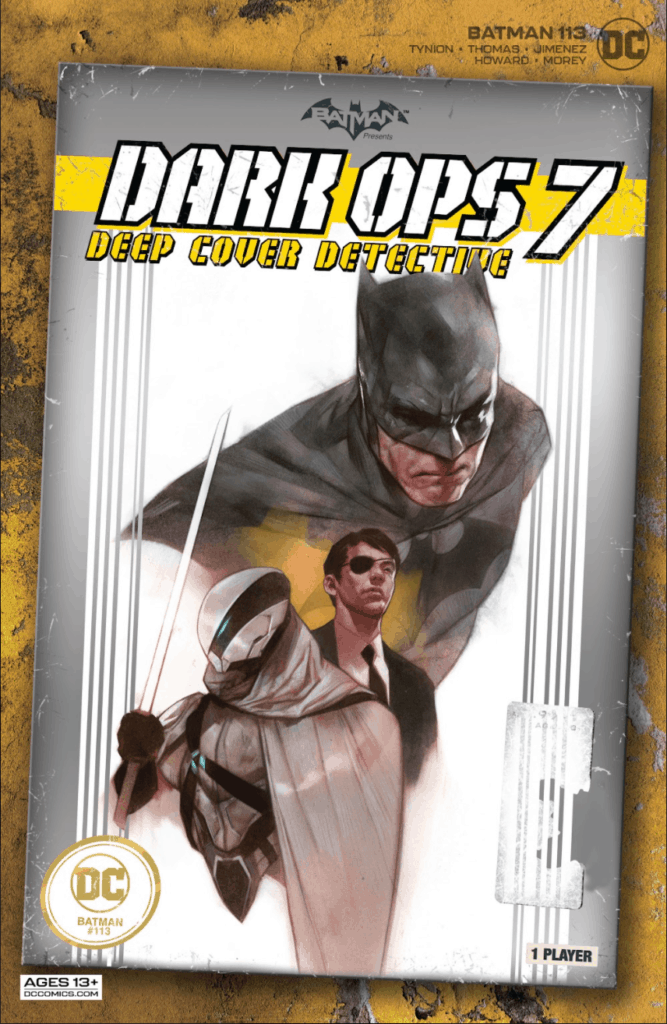 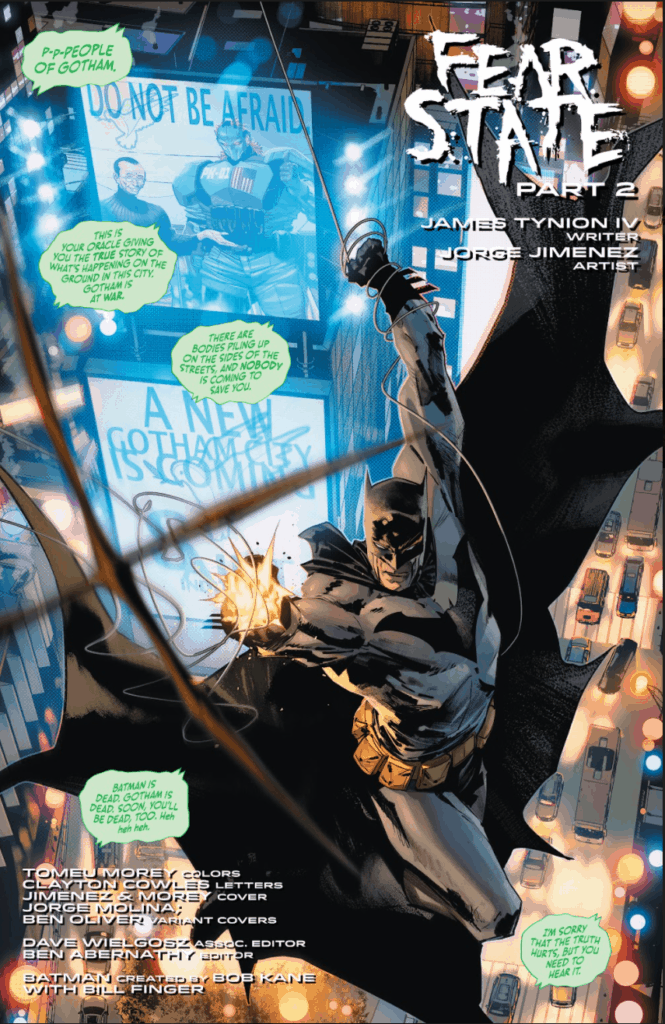 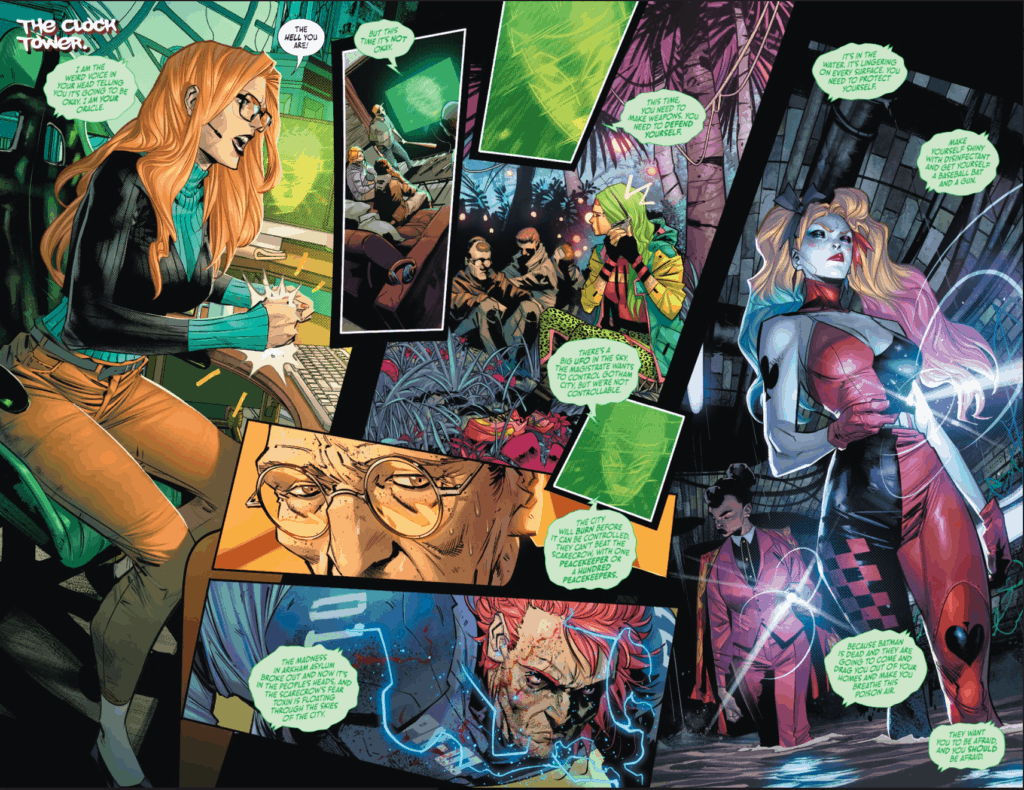 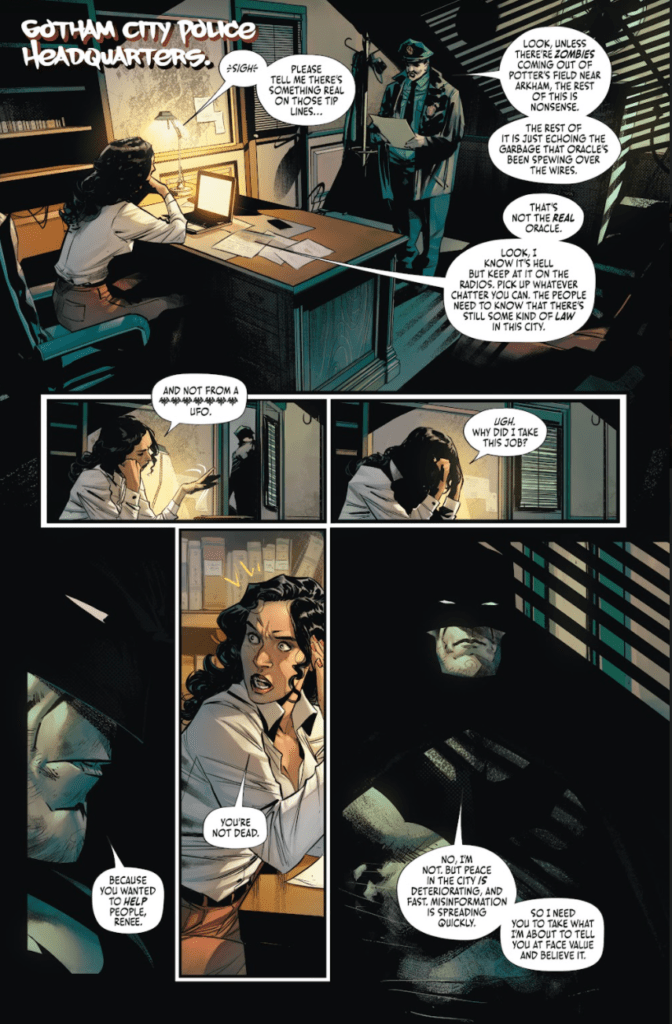