Two-Face has always been viewed as Batman’s most tragic villain. If only Harvey Dent hadn’t been scarred by acid, he could have continued his good work as D.A. in Gotham City and been Batman’s greatest ally and friend…right? Or has Batman extended Harvey Dent too much grace in his multiple attempts at reform? He’ll question himself as Harvey Dent is free once more, scarred but seemingly free of Two-Face’s influence. But…when it’s revealed Harvey Dent’s father has been threatened to be murdered on his 88th birthday, will Two-Face be able to resist joining the party? From the bestselling creative team of Mariko Tamaki (Detective Comics, Crush & Lobo) and Javier Fernandez (Nightwing, King Spawn)!

You can read Comic Watch’s most recent review of Batman: One Bad Day here! 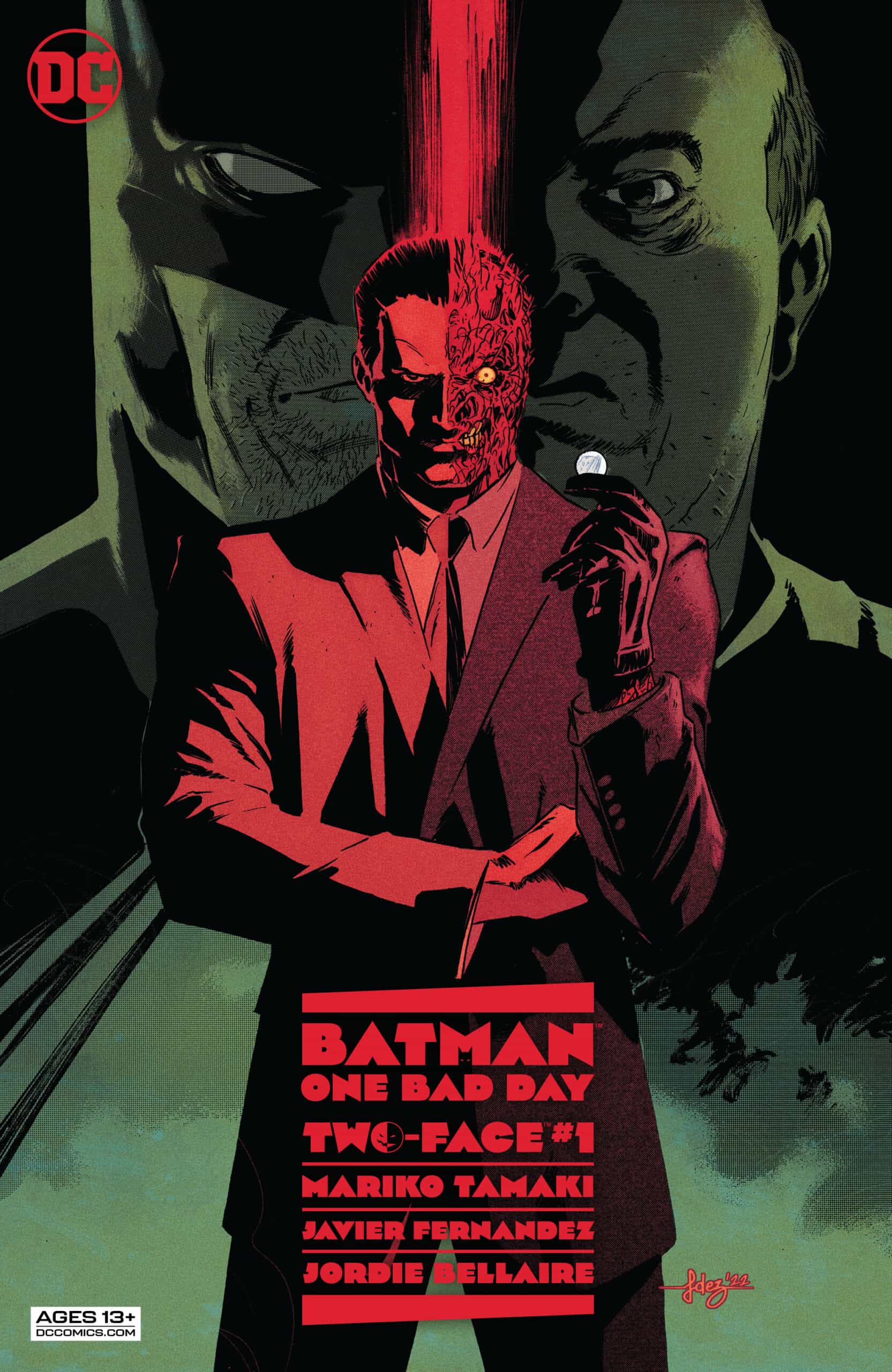 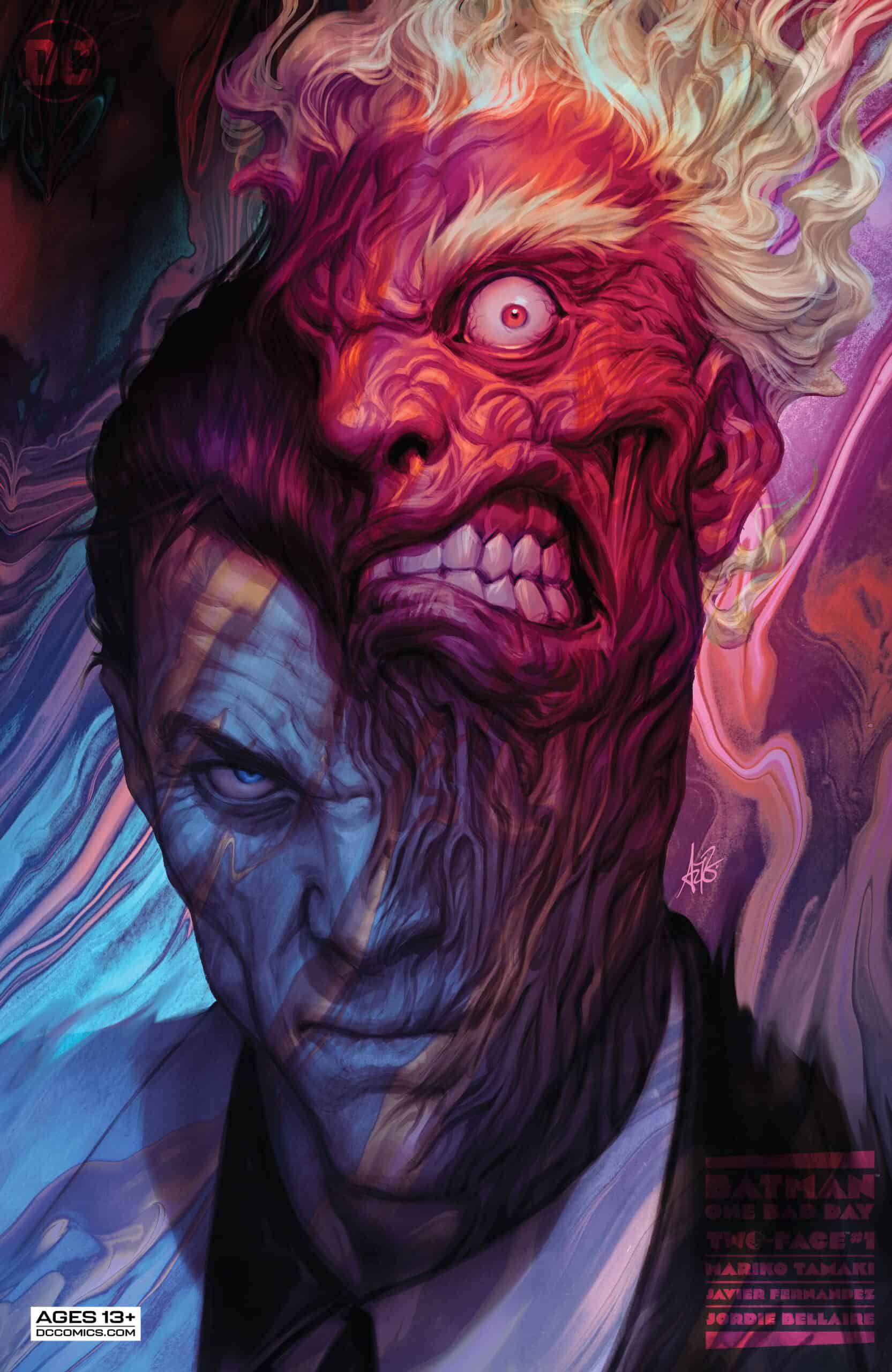 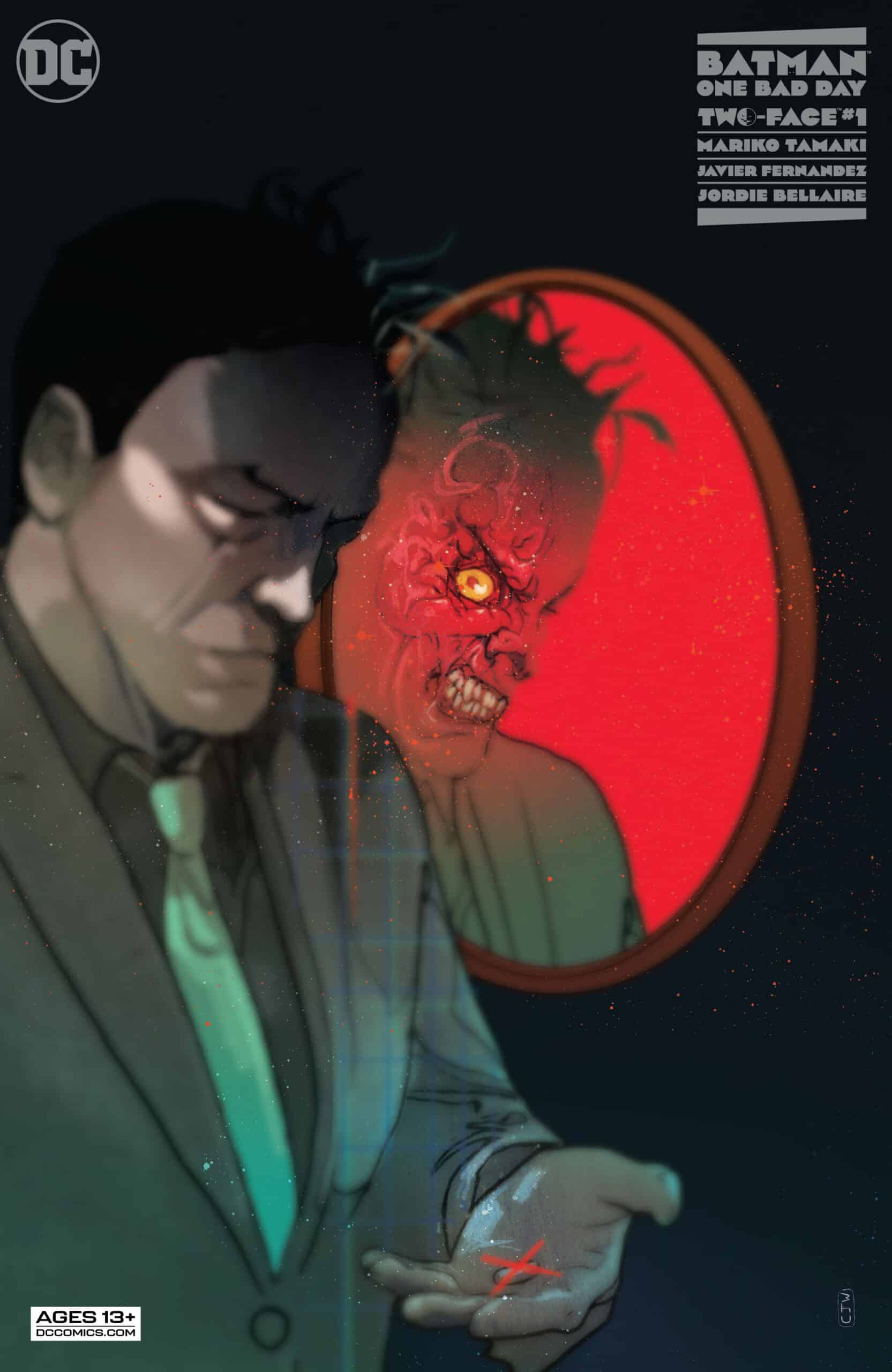 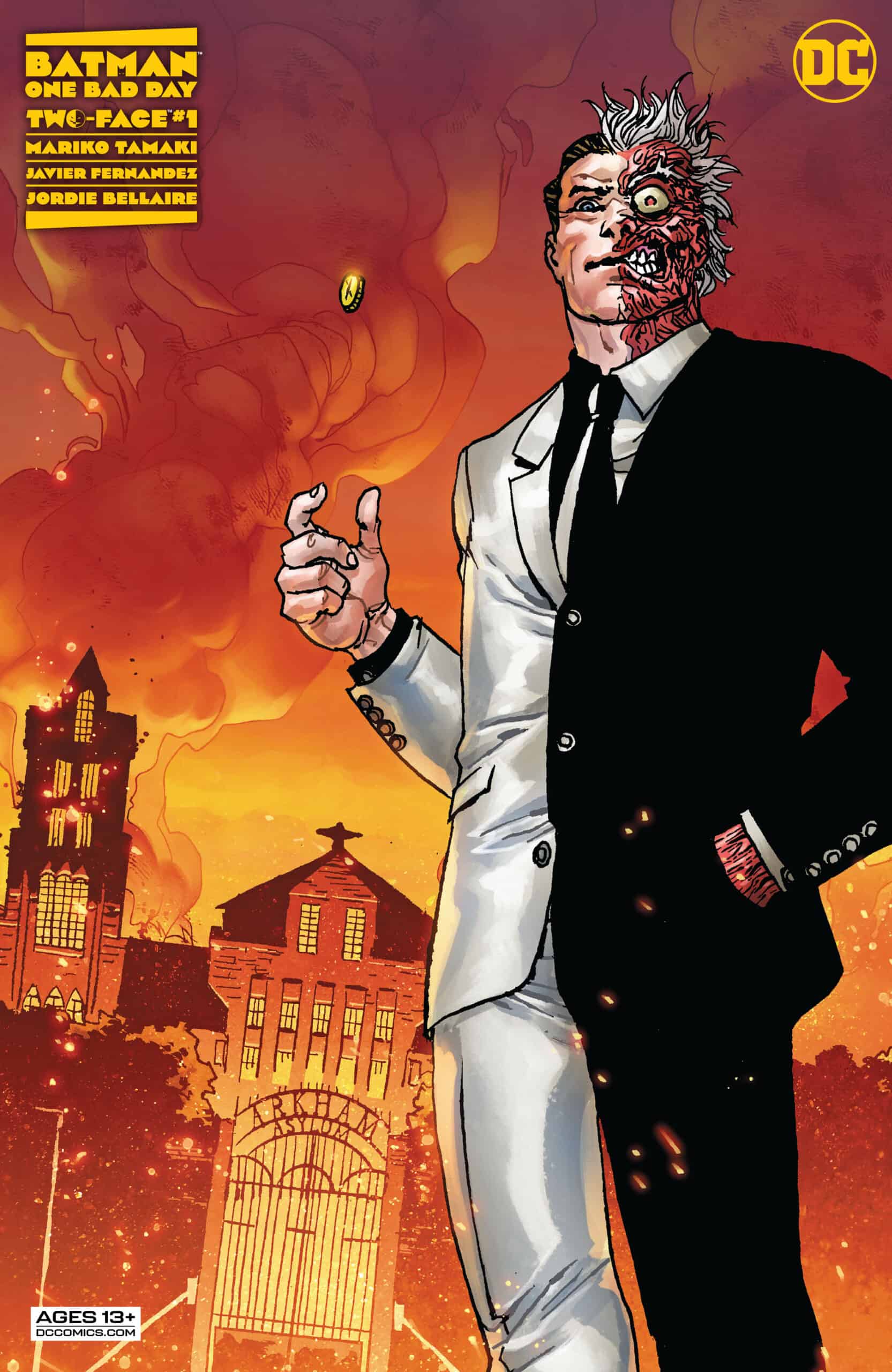 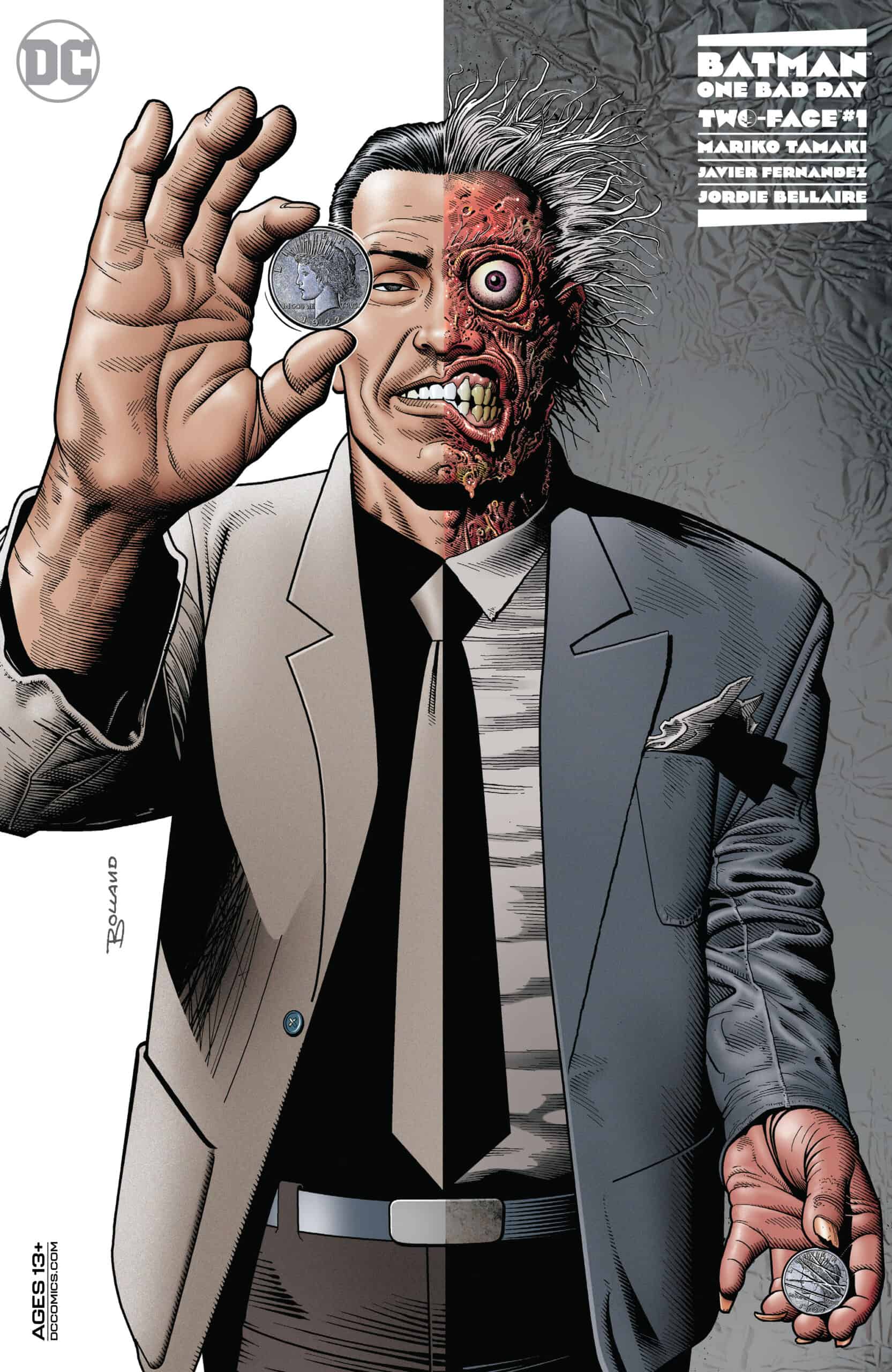 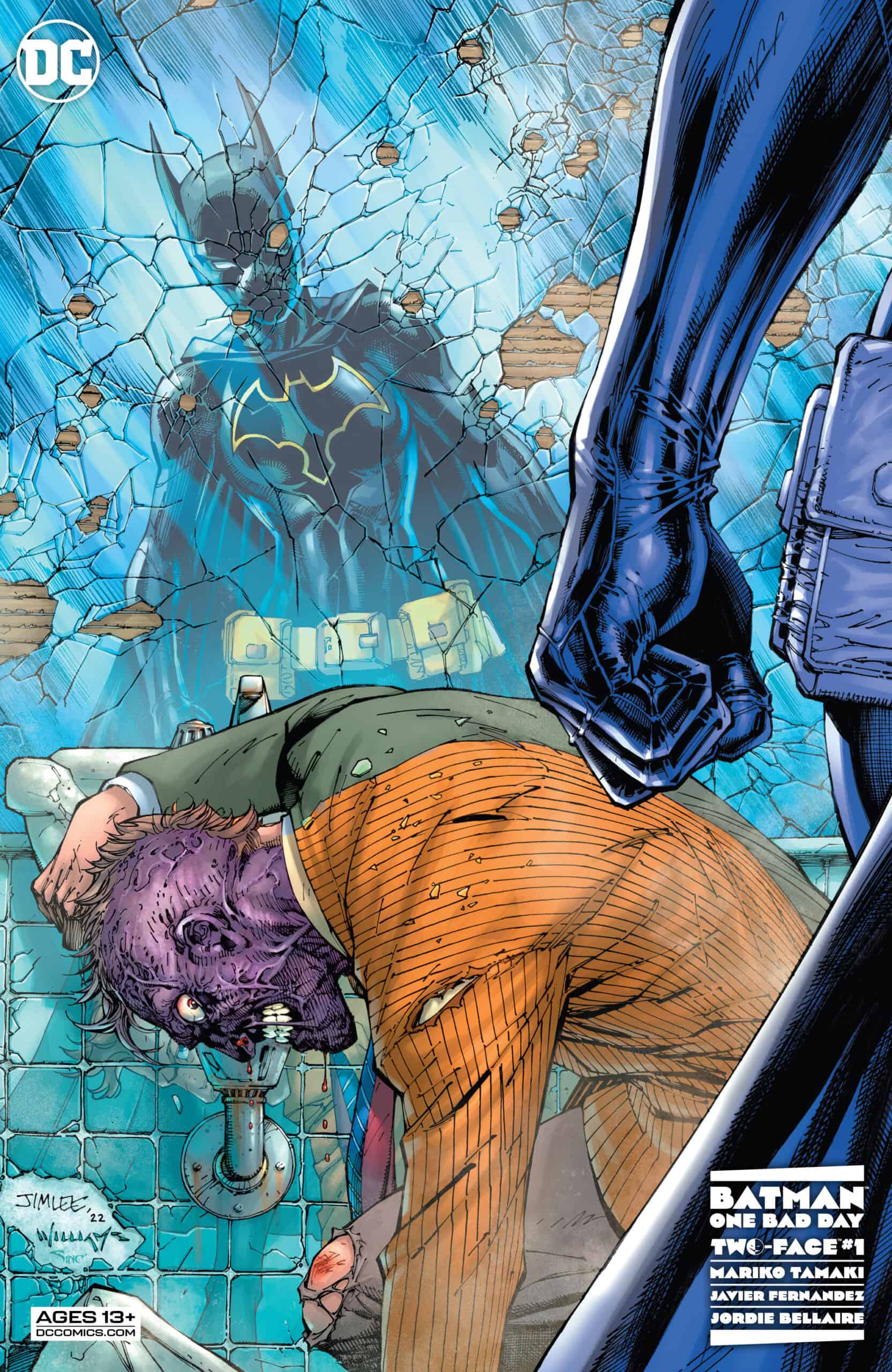 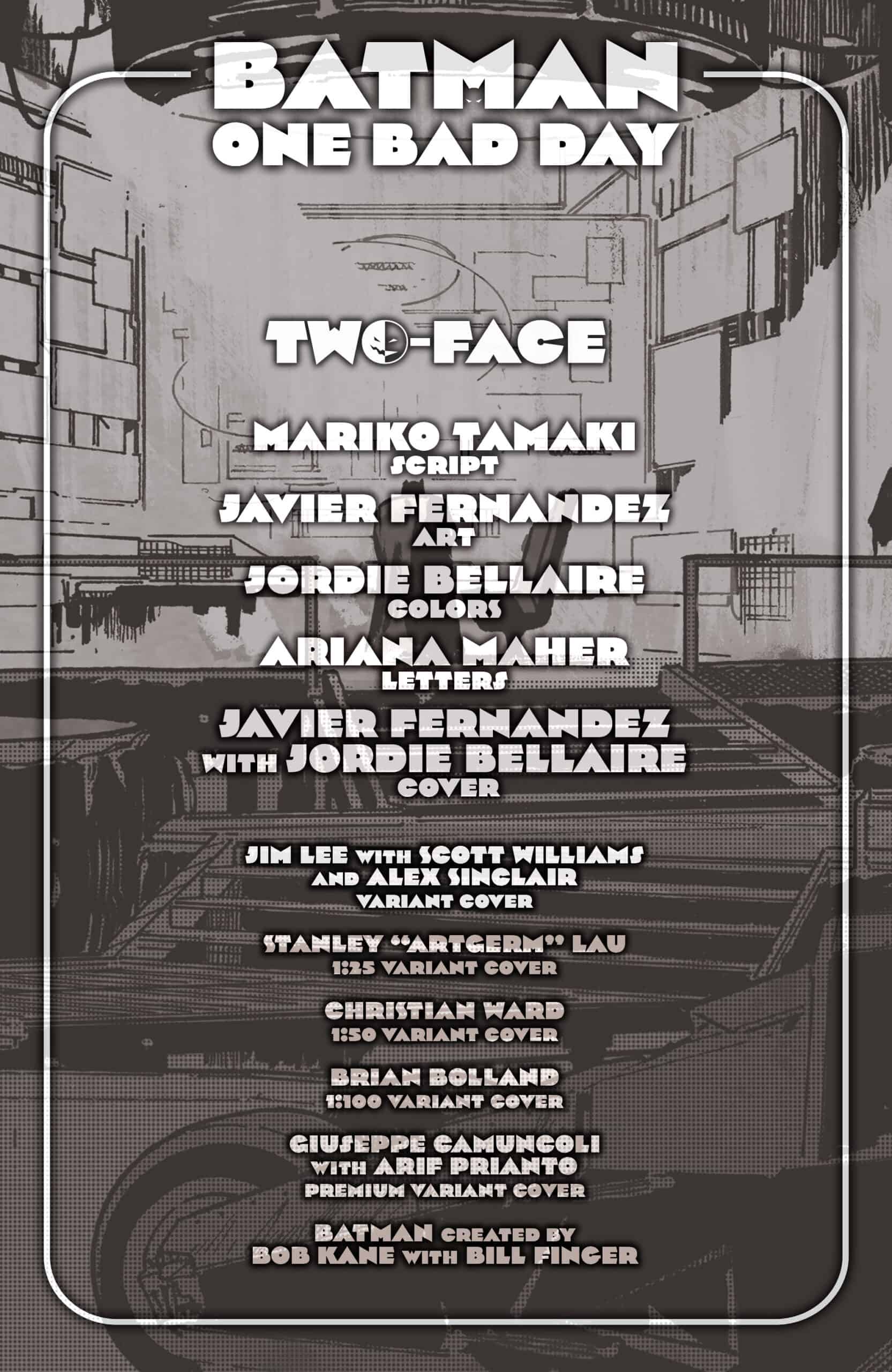 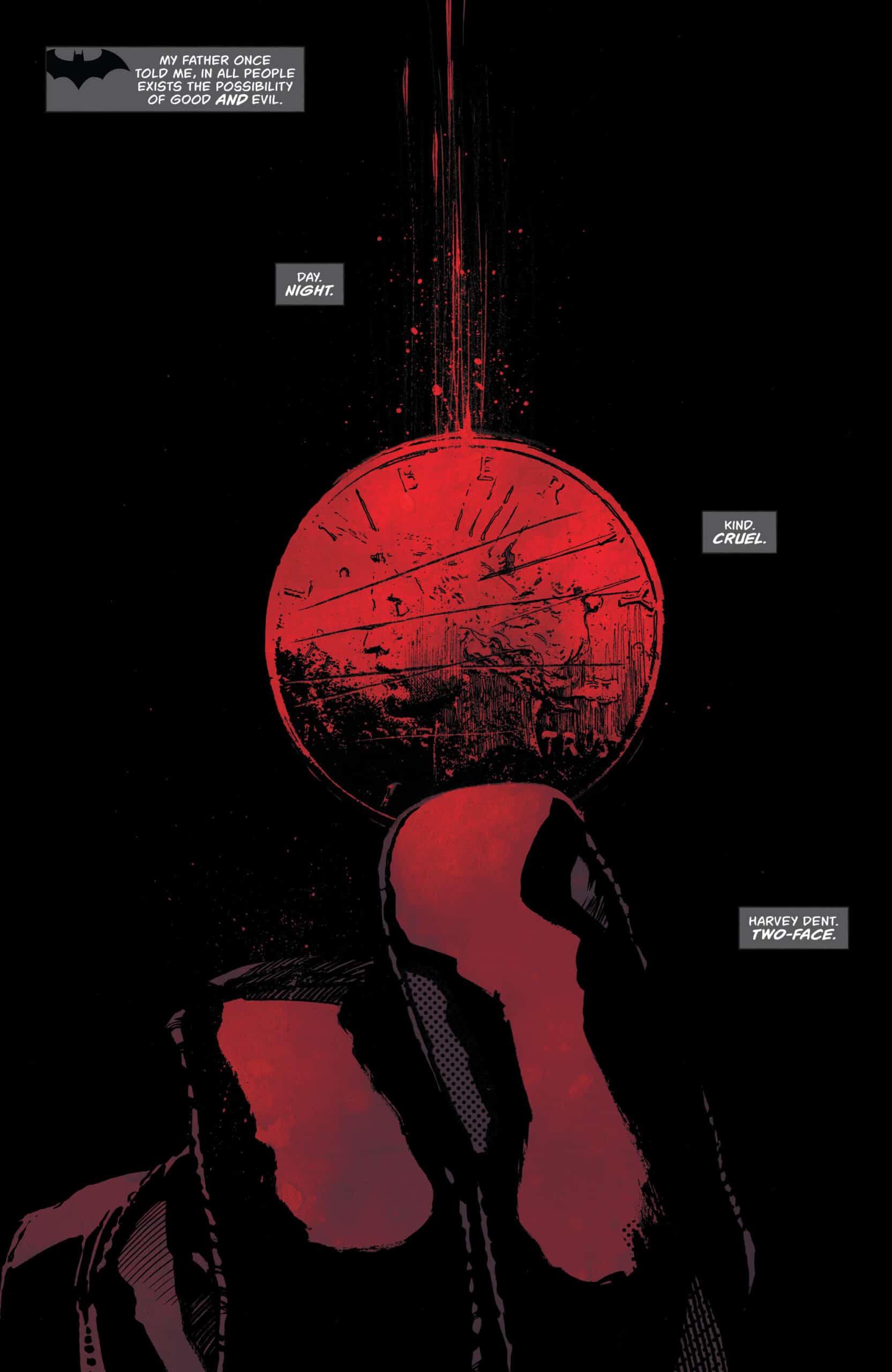 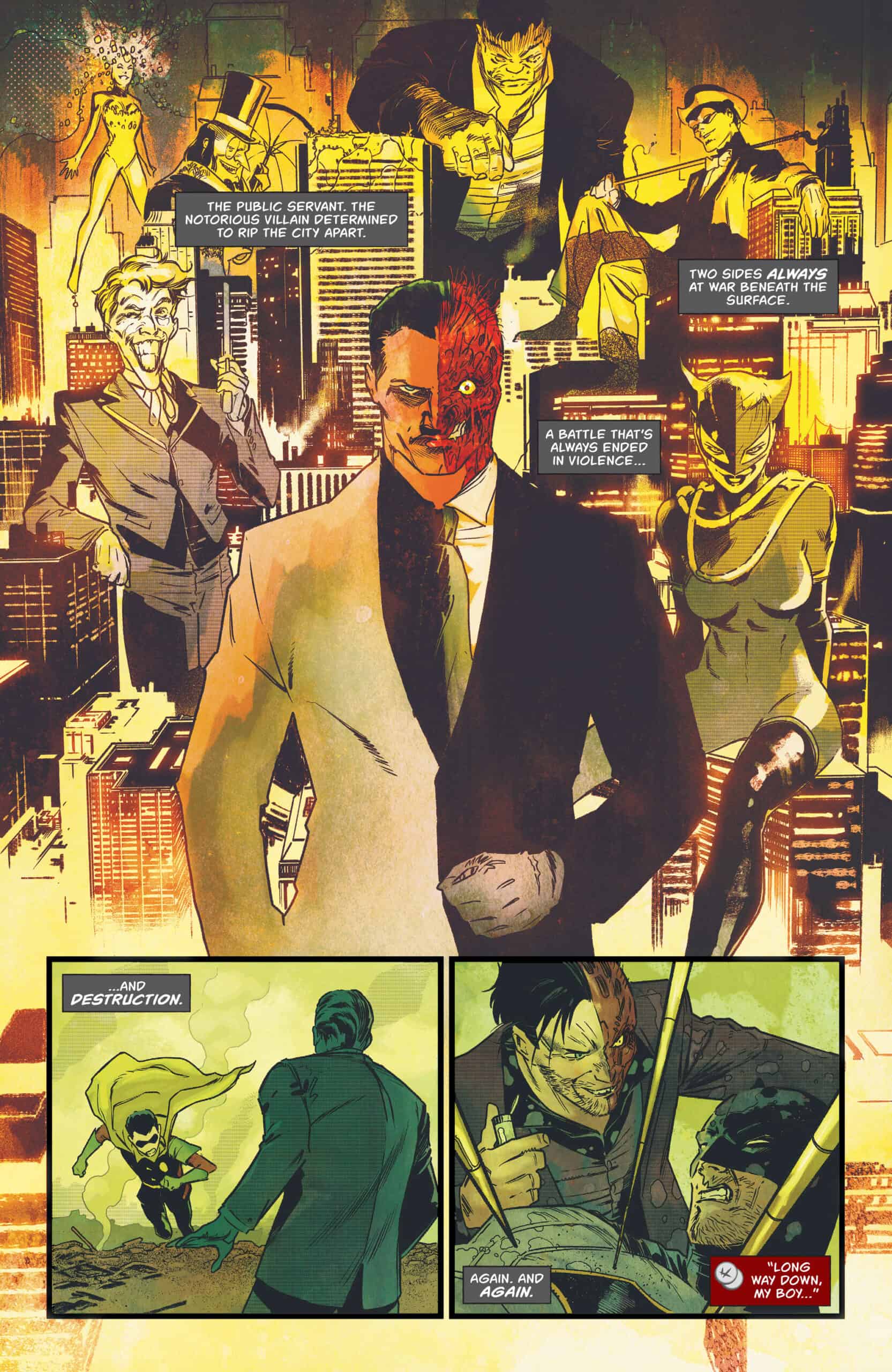 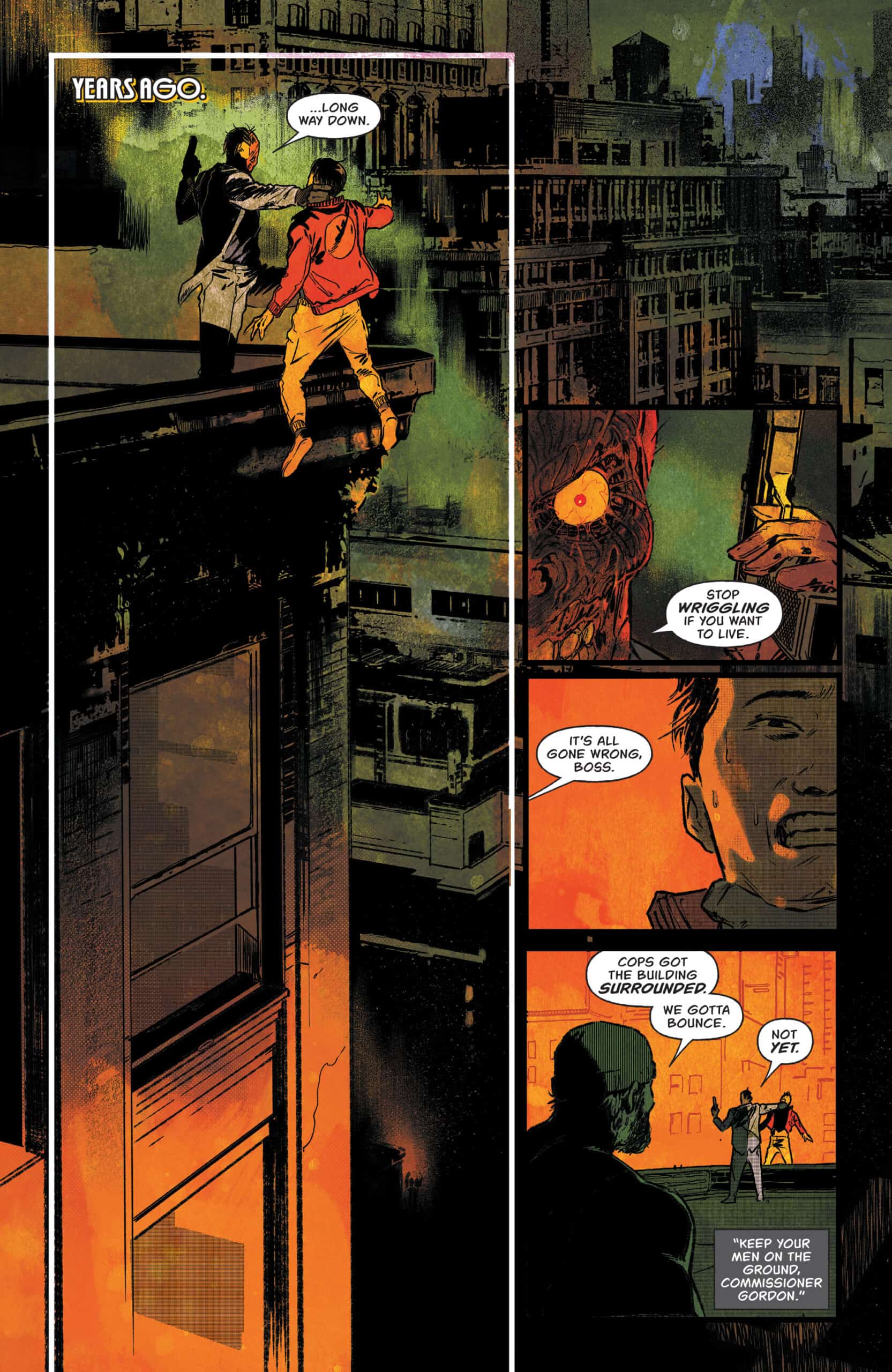 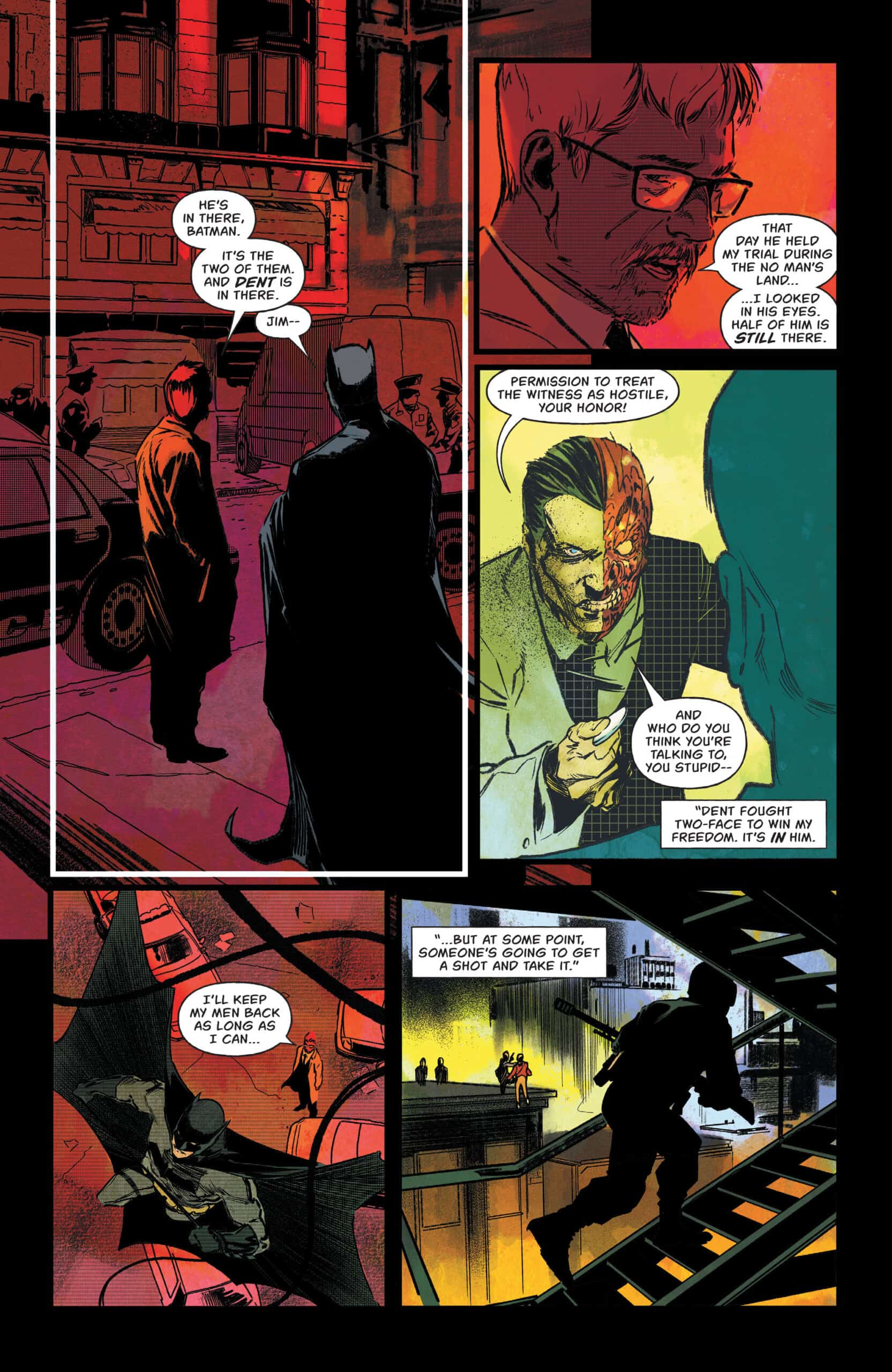 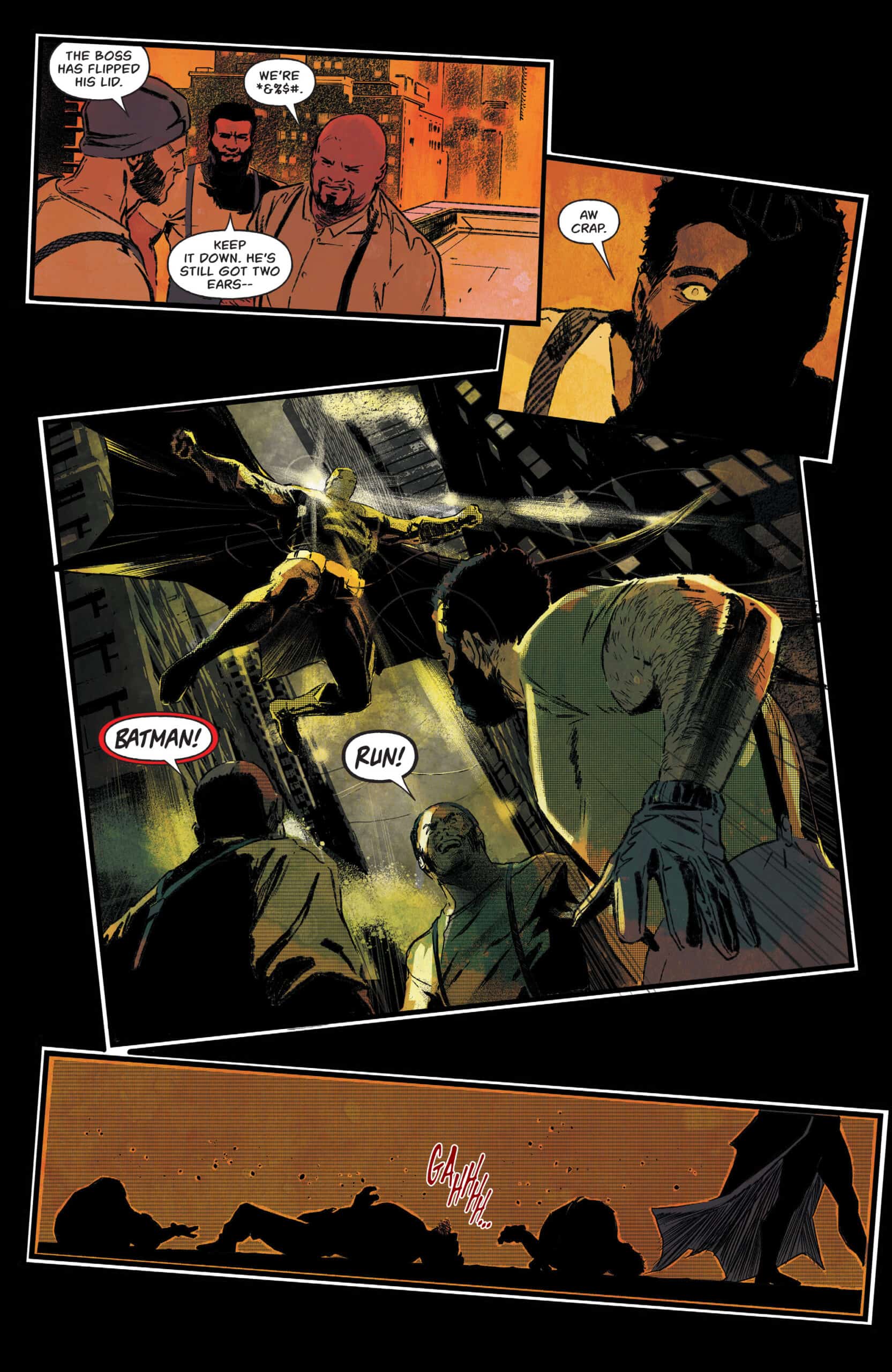