BATMAN & ZATANNA: Vita Ayala and Nikola ?ižmešija join forces to tell a story that will change Batman and Zatanna’s relationship forever. Every year the two have to come together to defeat an evil curse. This year they fail, and the world is in peril because of it.

HOUNDED: Ace the Bat-Hound, the goodest boy in the DCU, has his day in an epic story featuring many DC Super Pets, brought to you by Mark Russell and Karl Mostert.

WIGHT WITCH: Catwoman tie-in/“Fear State” aftermath! The mysterious relationship between Ghost-Maker and Wight Witch is revealed in all its horrifying glory here. 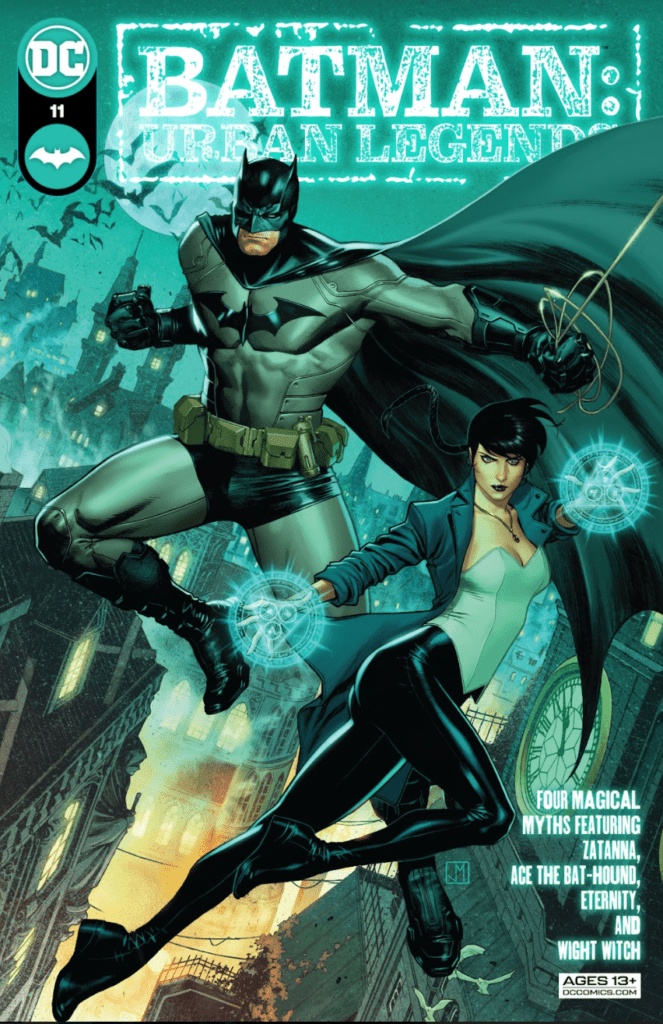 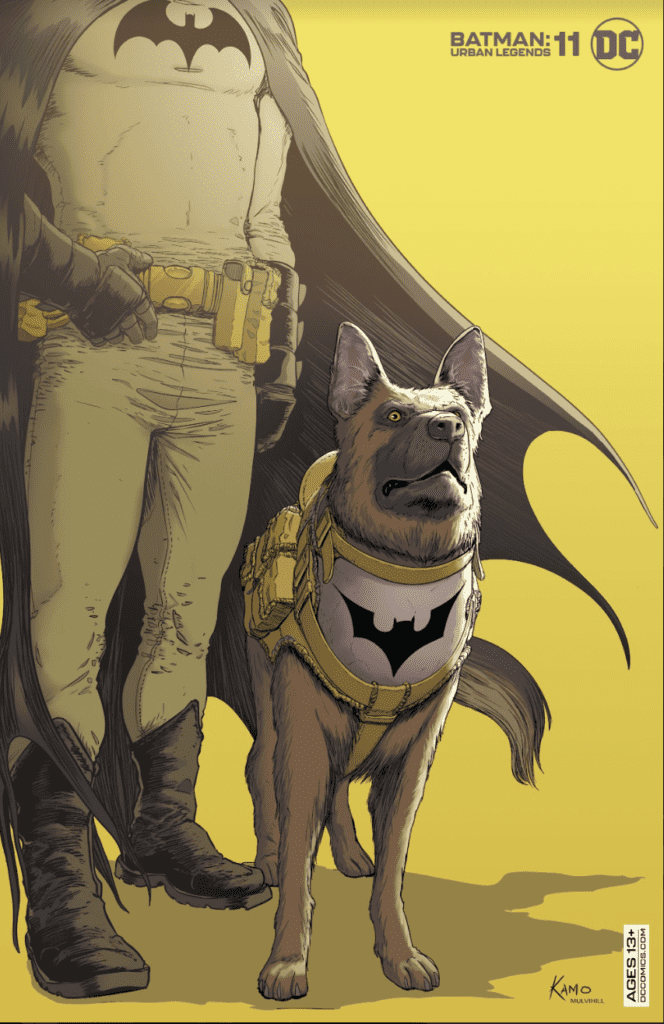 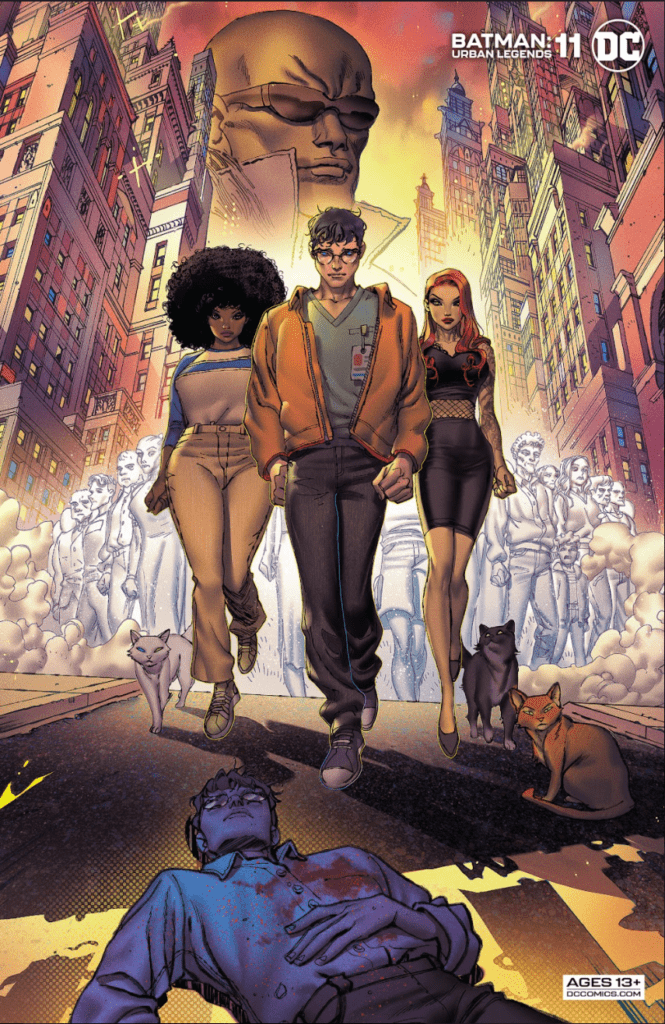 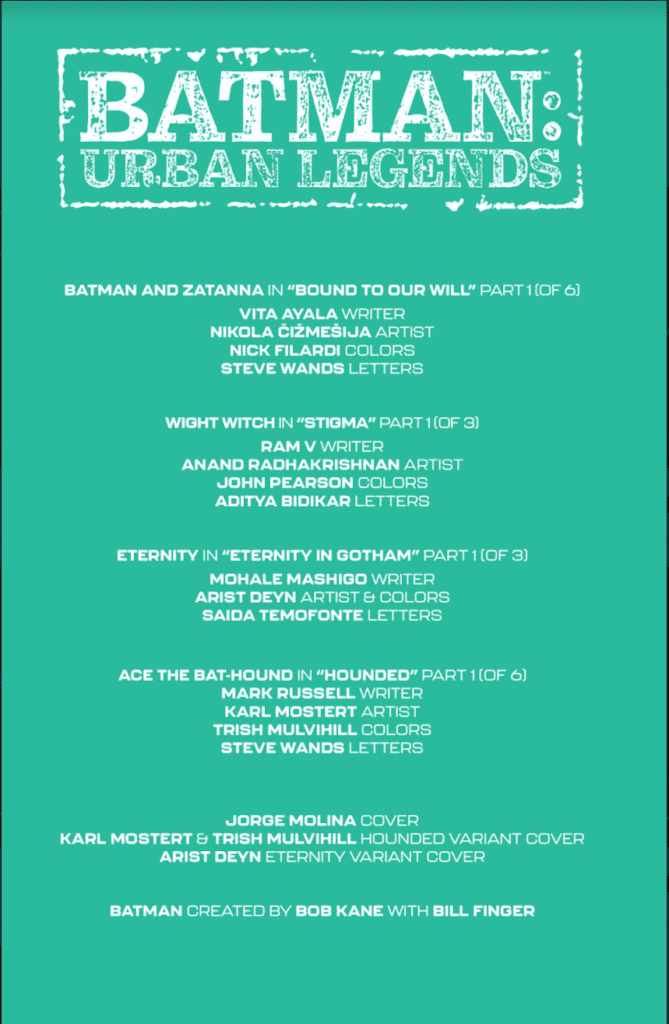 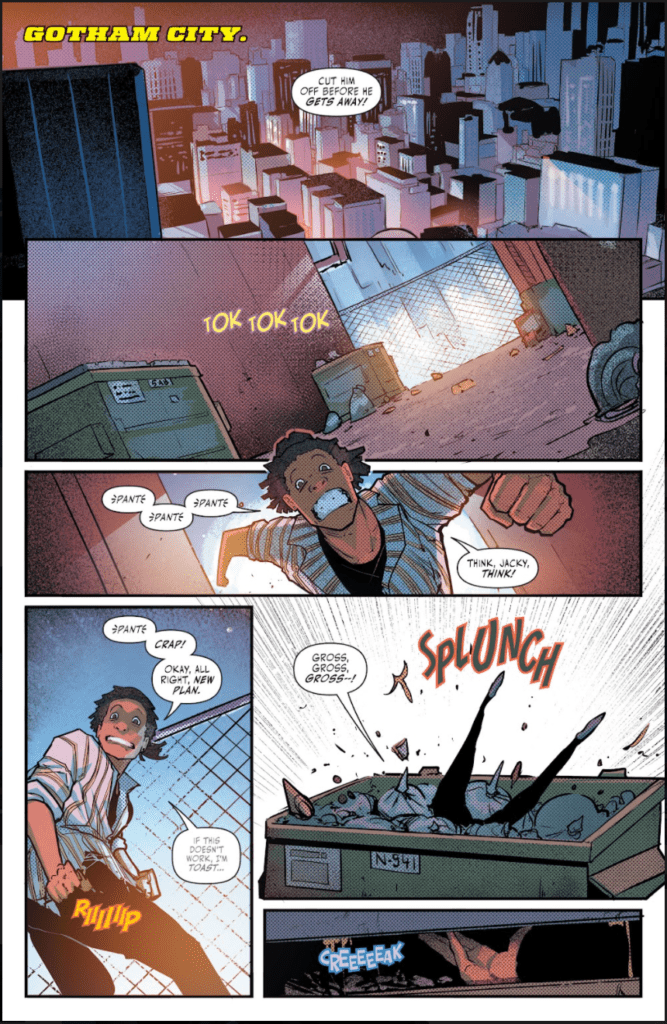 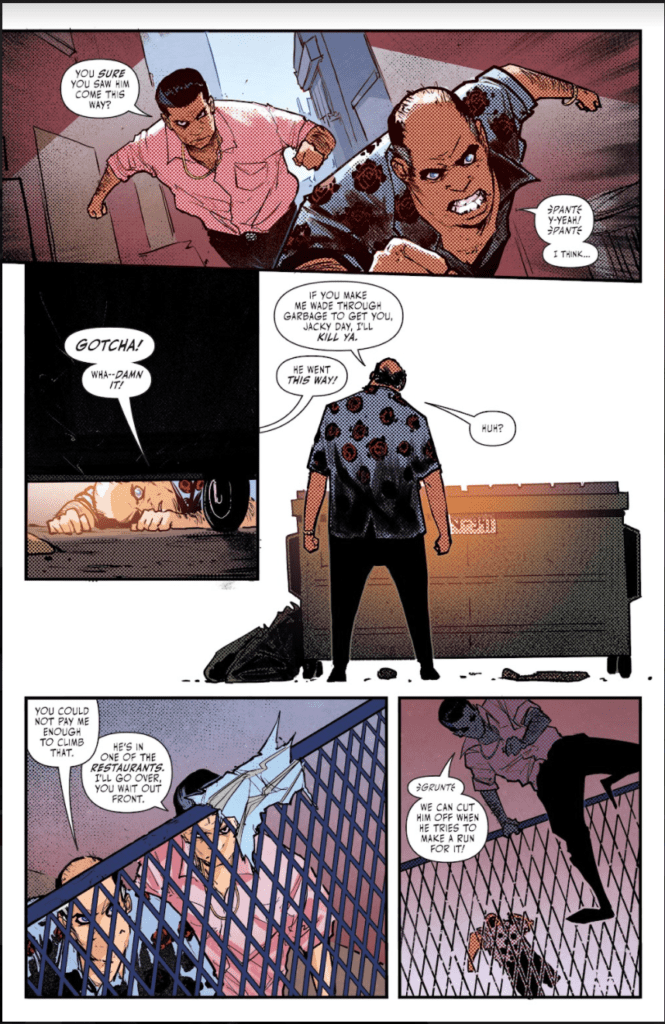 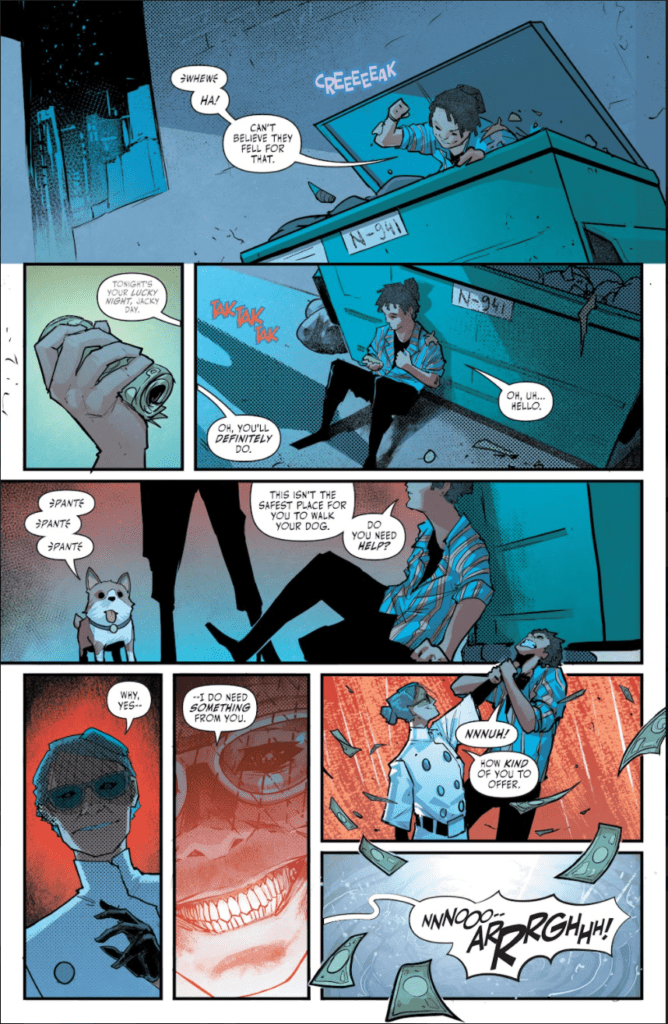 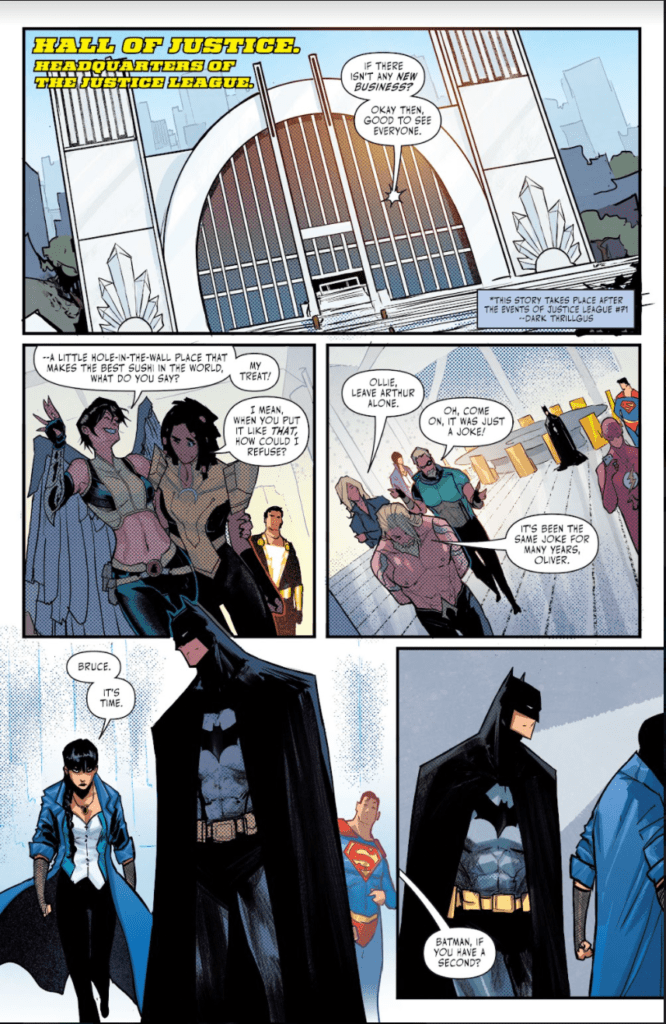 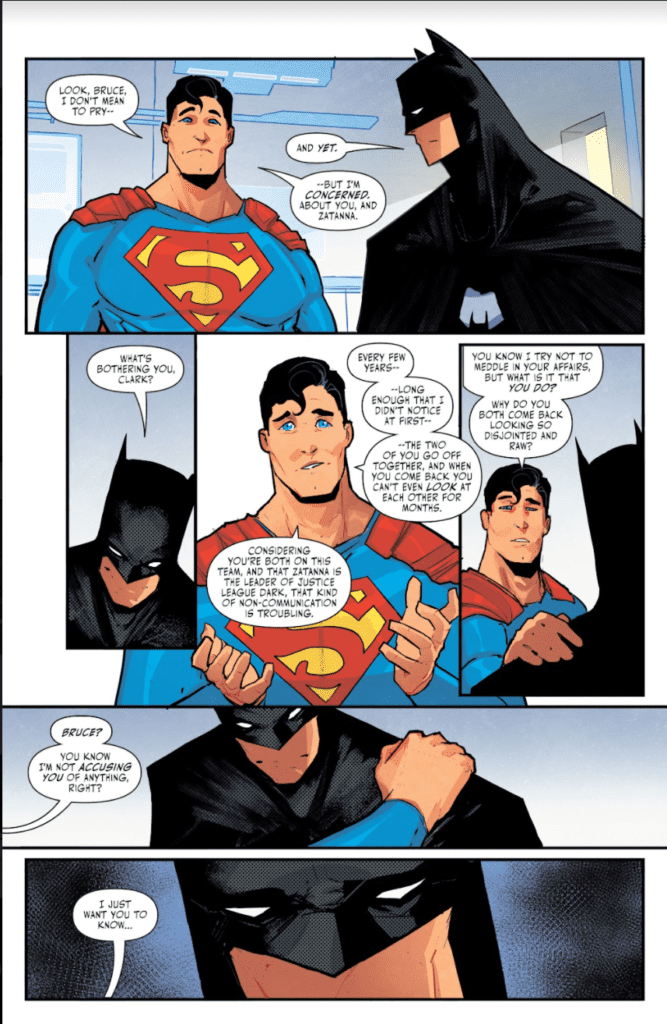