The Tower under siege! With their grand scheme crumbling around them, Dr. Wear and the mysterious Dr. Ocean have lost control of Arkham Tower to the patients it houses…who just so happen to be some of the most violent, murderous villains Gotham City has ever seen. The Bat-Family on the inside are in shambles: Huntress is wounded, Nightwing is carrying 175 pounds of smarmy jerk on his shoulder, and Dr. Meridian is incapacitated. Who’s left to save the civilian hostages from this nightmare? Hmm…wasn’t there a patient who thought she was Harley Quinn? Then, in “House of Gotham” part 9, the boy is growing up…and growing into the man that Gotham City has made him. Through the trauma of his time with the Penguin to the terror wrought by Azrael, a new mission springs to mind for this lost son of Gotham… murder. 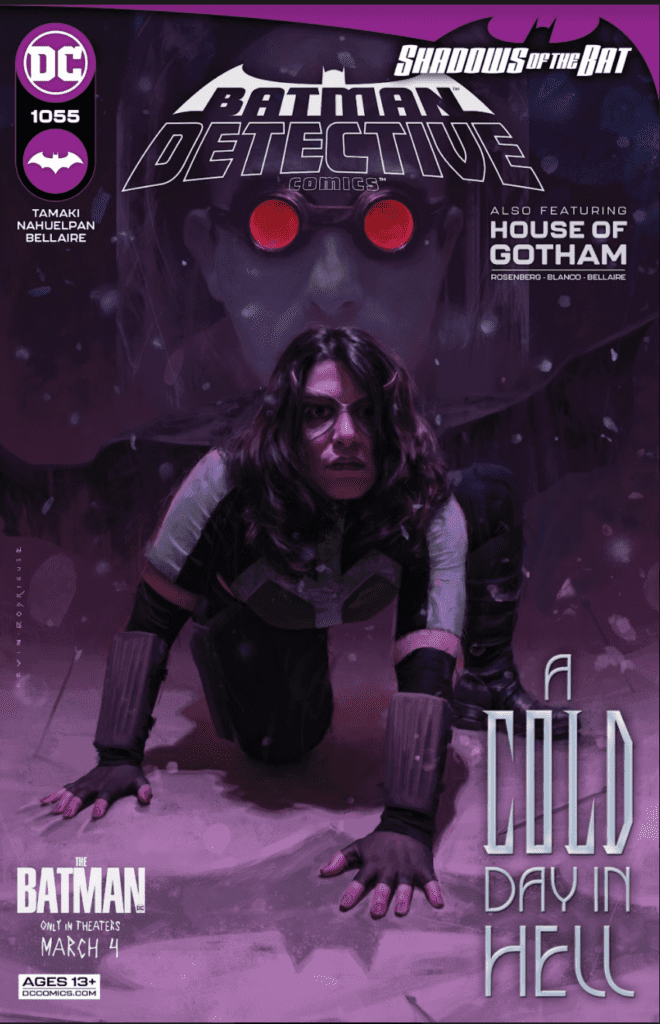 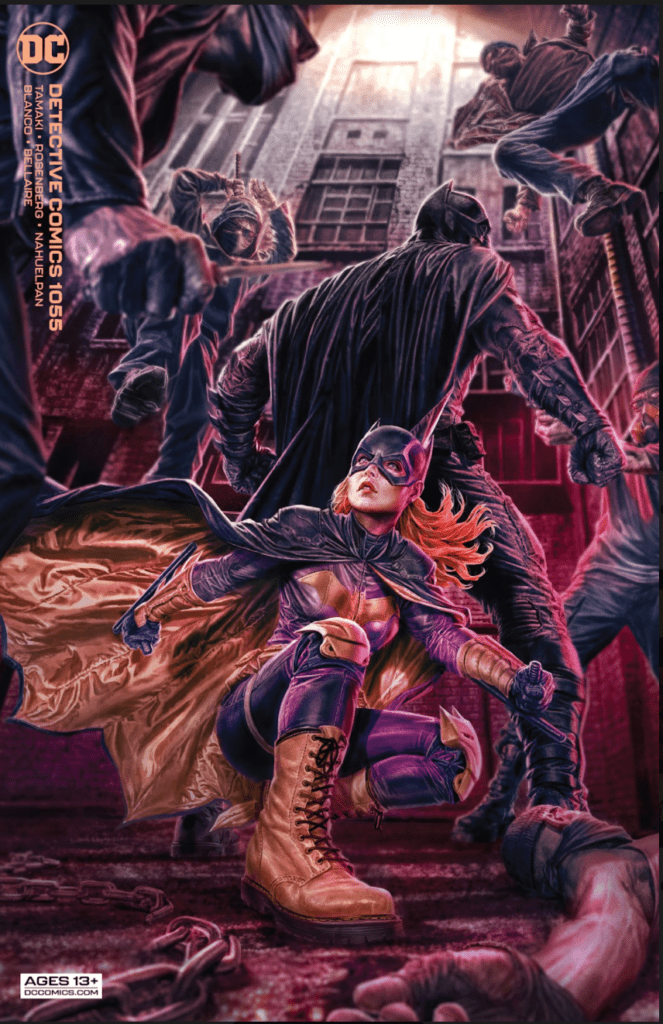 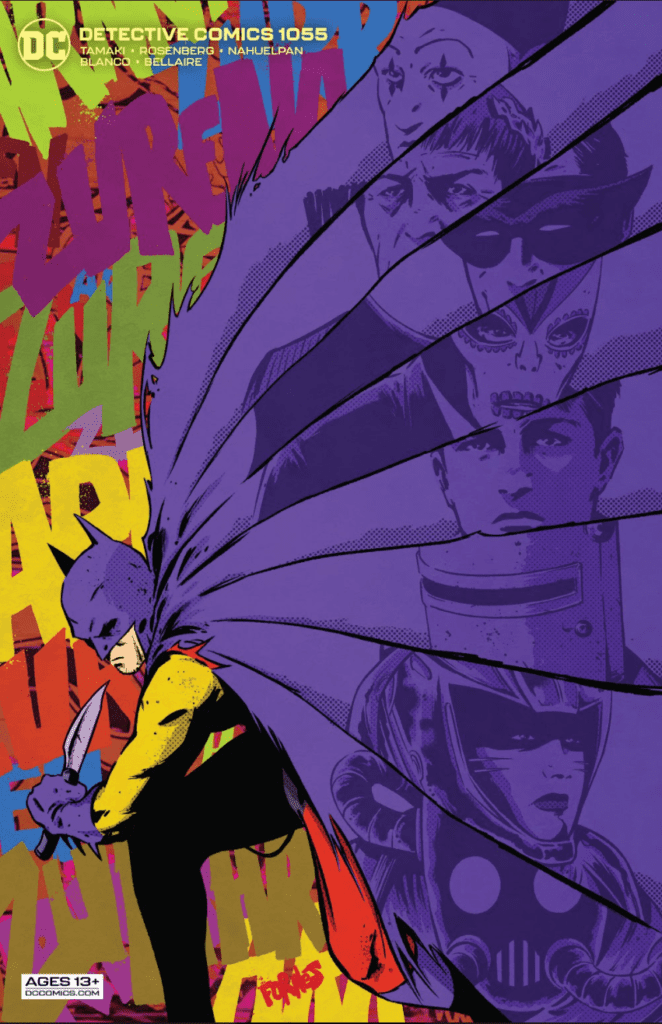 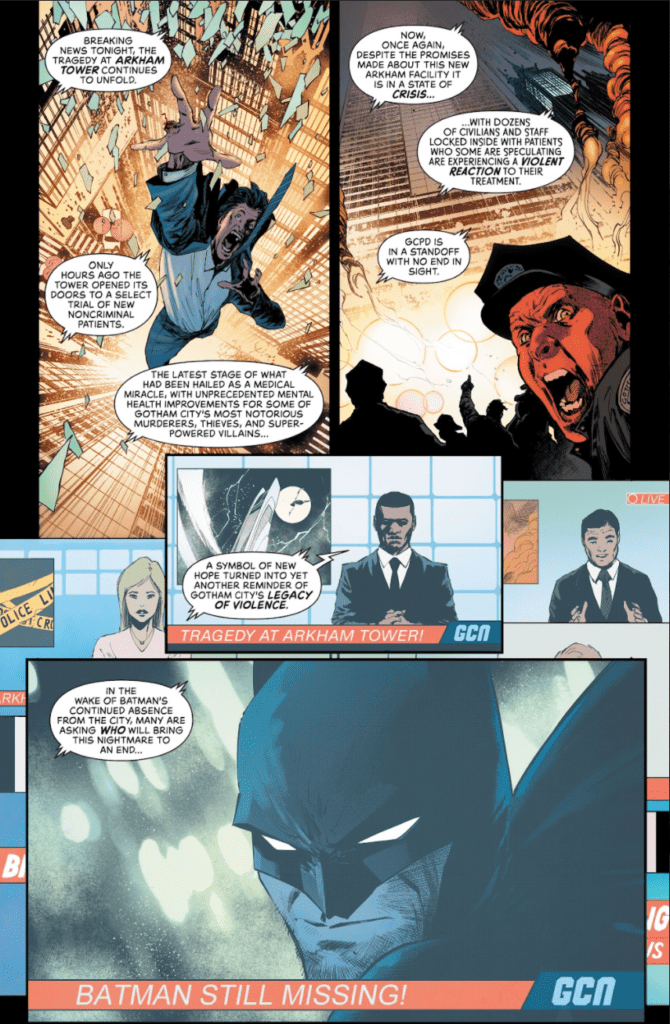 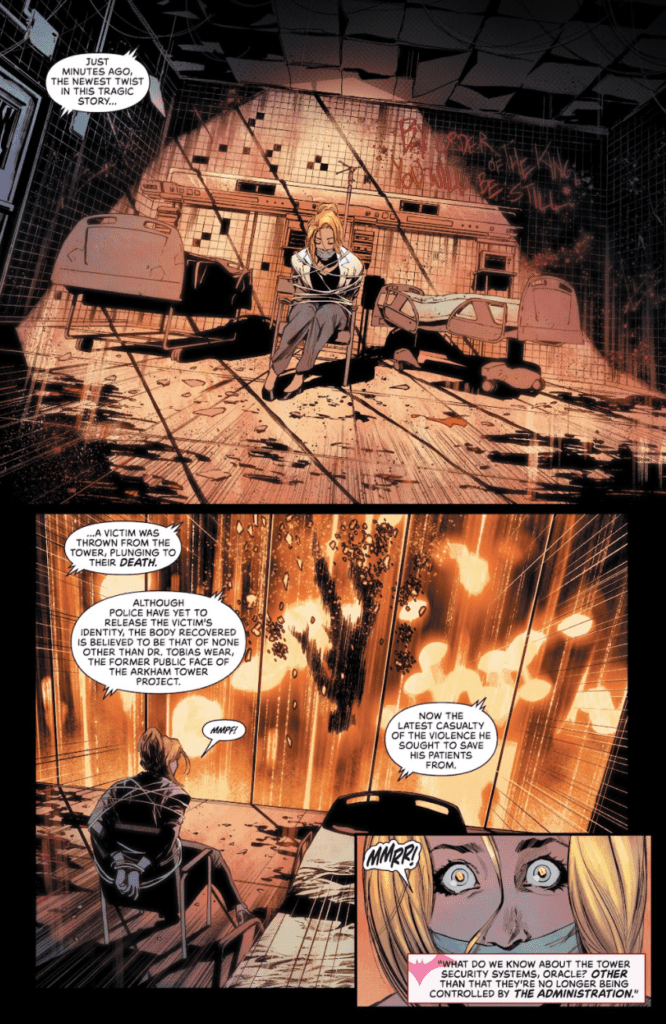 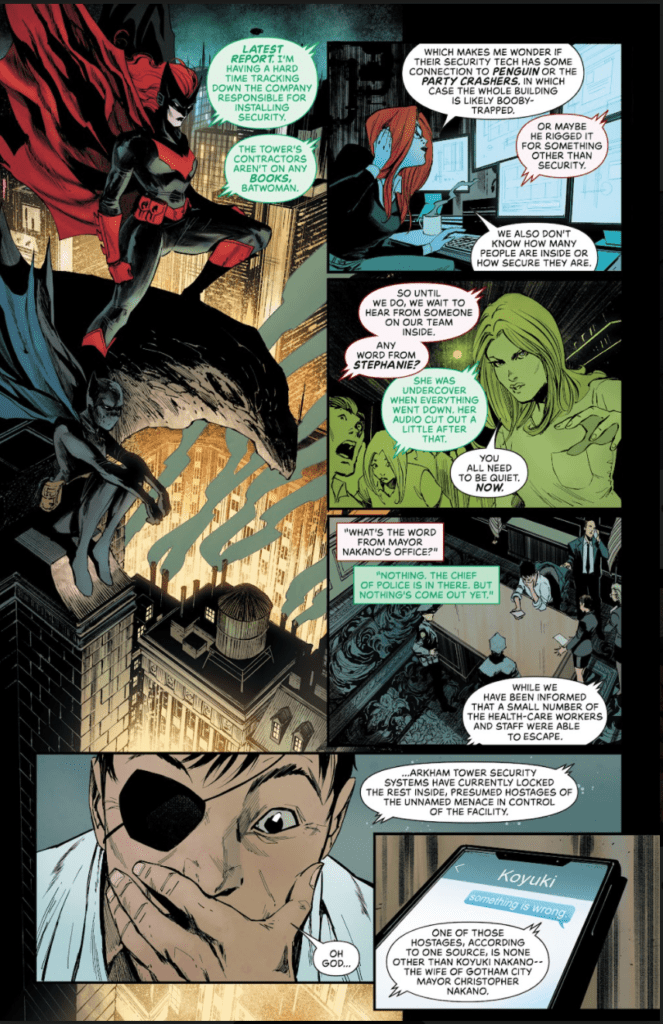 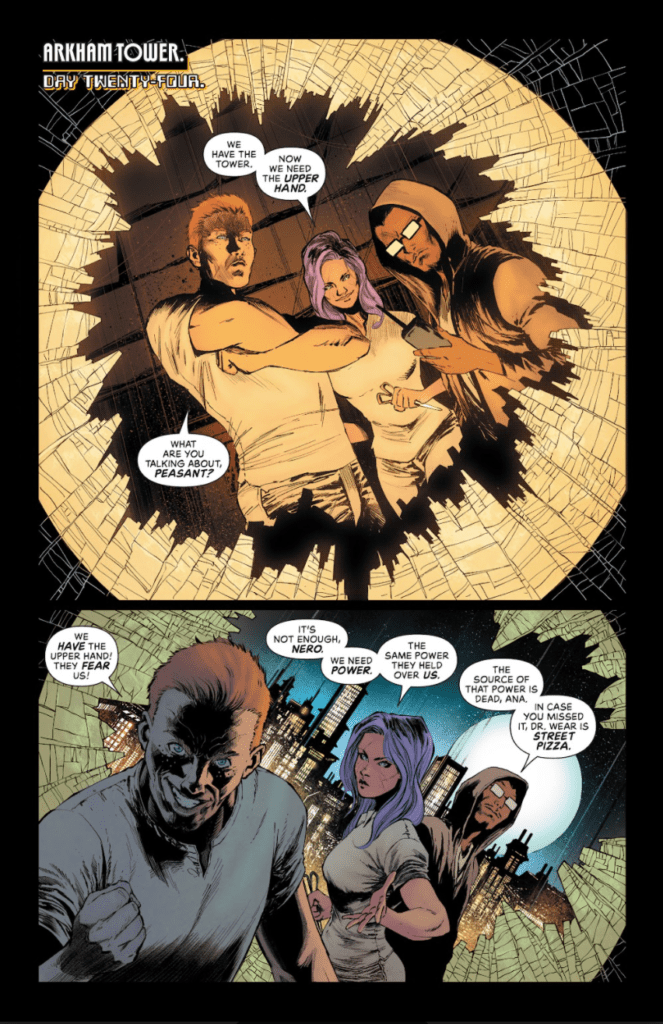 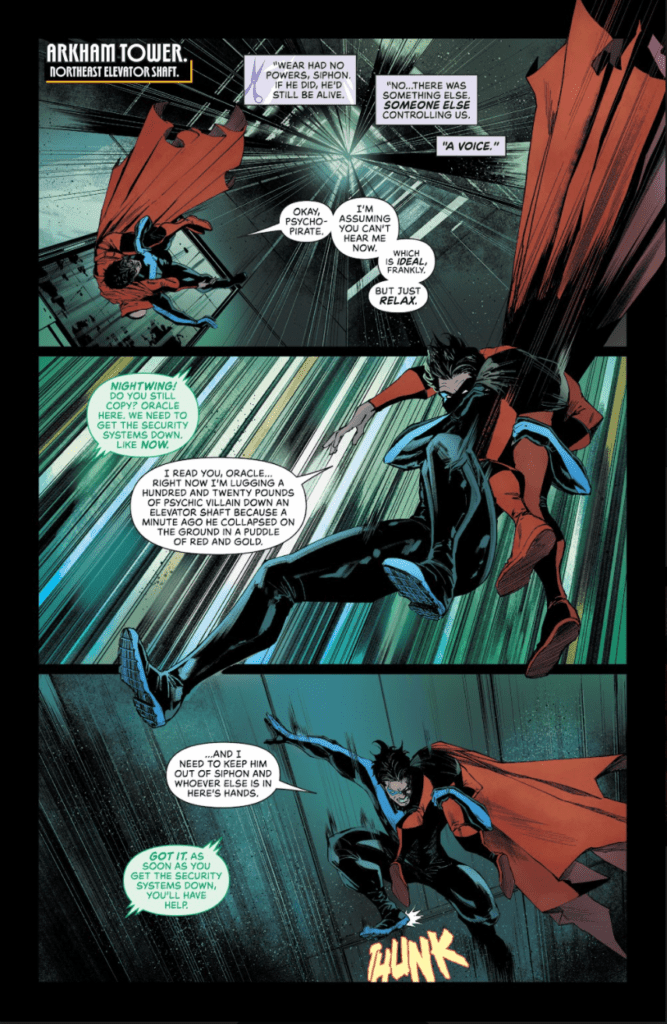 You can check out our latest Detective Comics review here!