Commanded by Luke Skywalker, Rogue Squadron tangles with the Empire in the Outer Rim, but the young Jedi has more than Imperial TIE fighters to deal with. New recruit Myra Chimor just won’t listen to orders. Can the hot-headed pilot learn how to fly as part of a team or will her need to go it alone lead to disaster? Cavan Scott joins Manuel Bracchi for the beginning of a two-part X-wing adventure, “SQUAD GOALS”!

Then, in “BUBO’S ADVENTURE,” by Anne Toole and Nick Brokenshire, Ree-Yees has lost Jabba the Hutt’s beloved pet, Buboicullaar! Explore every inch of the filthy Hutt barge with Ree-Yees as he races to find Bubo before Jabba can toss him off the ship! 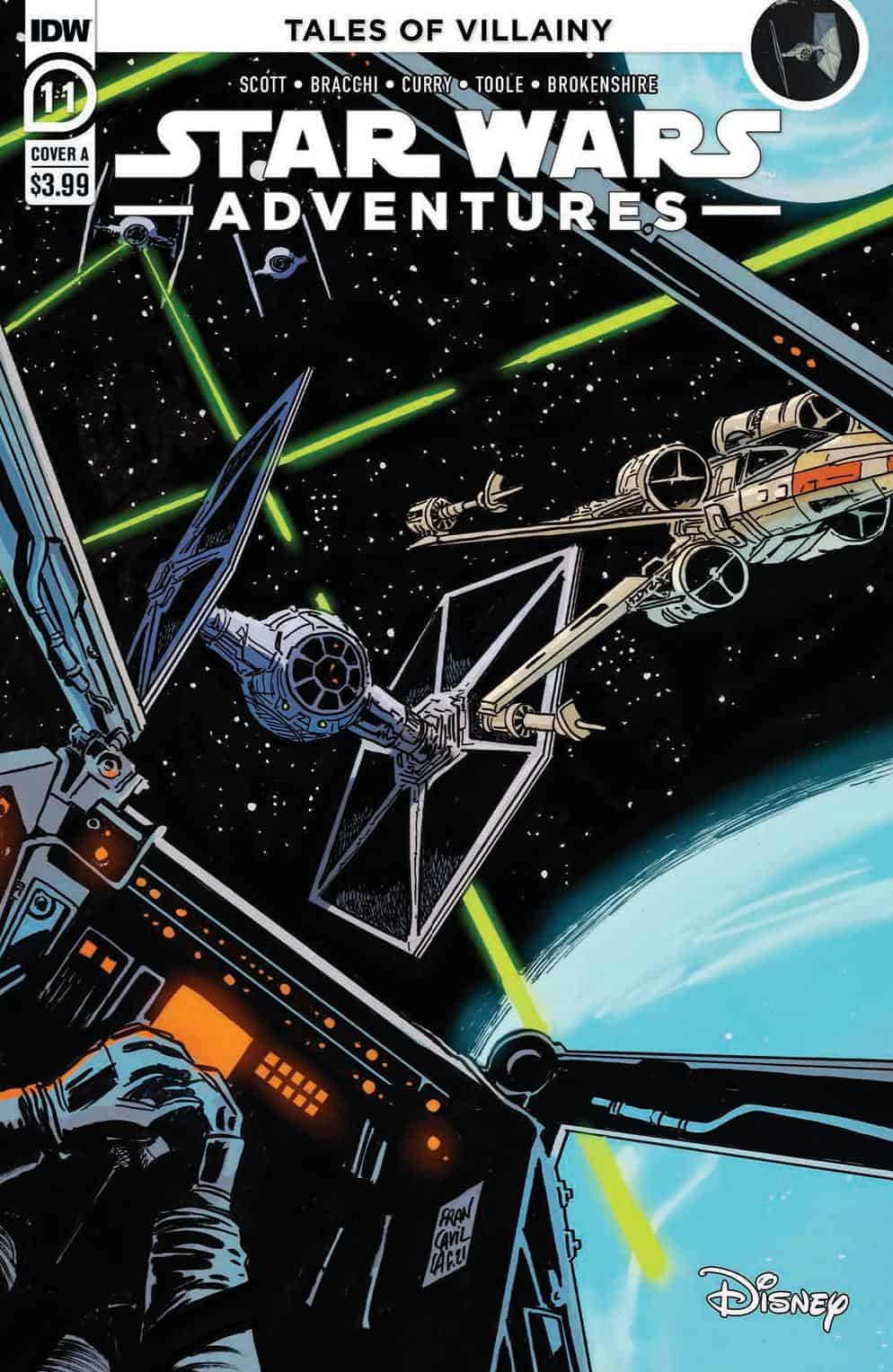 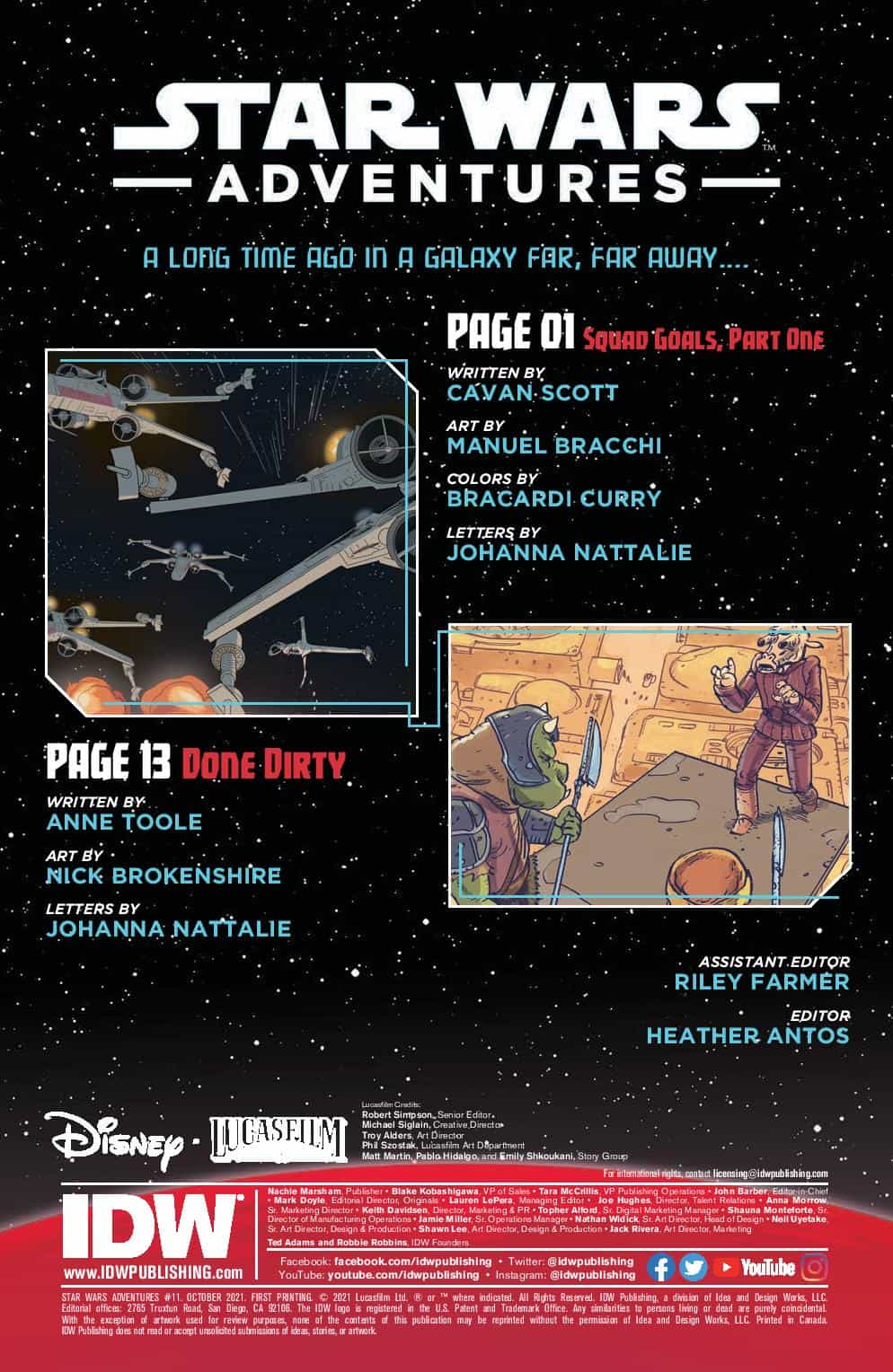 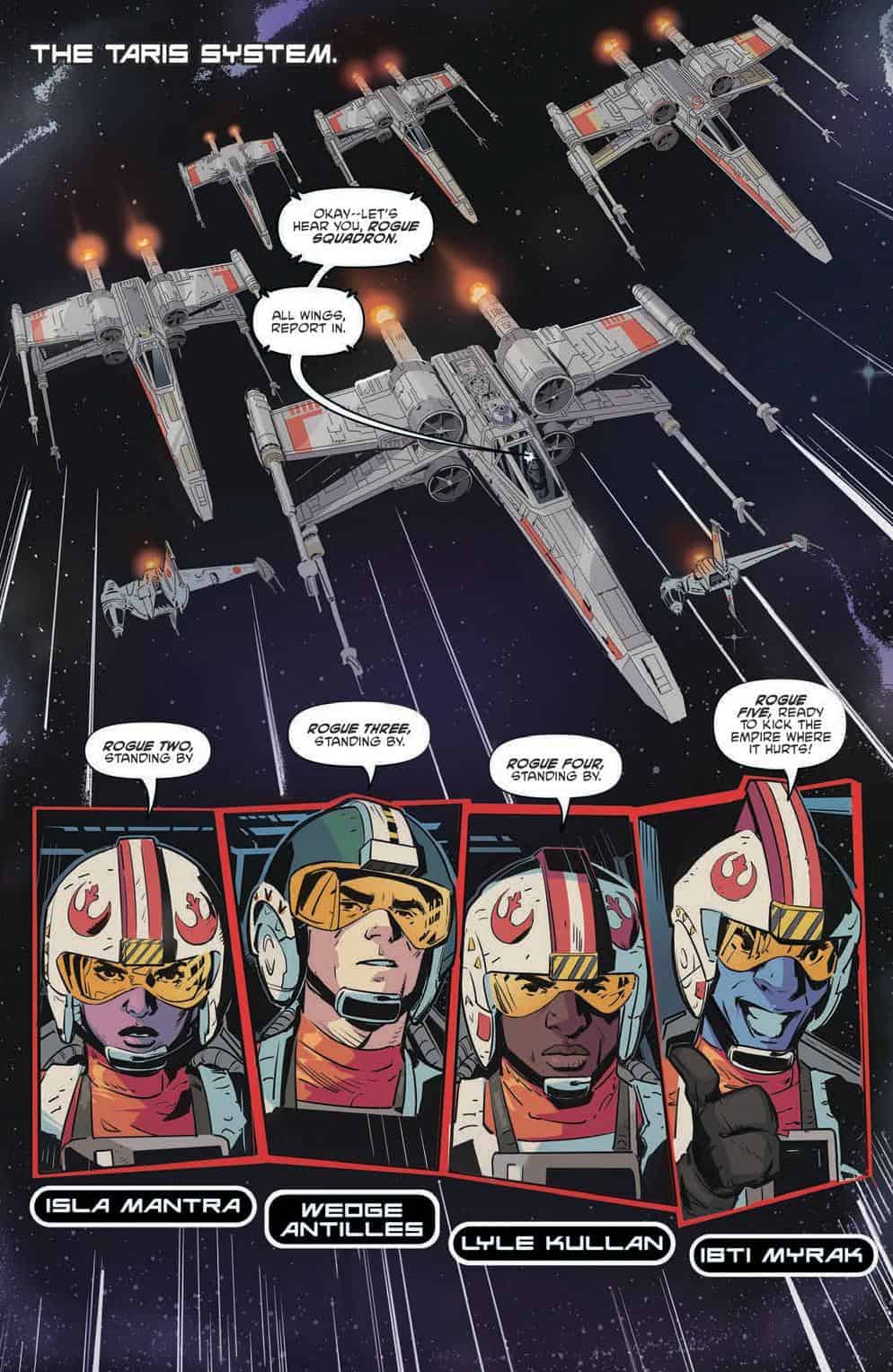 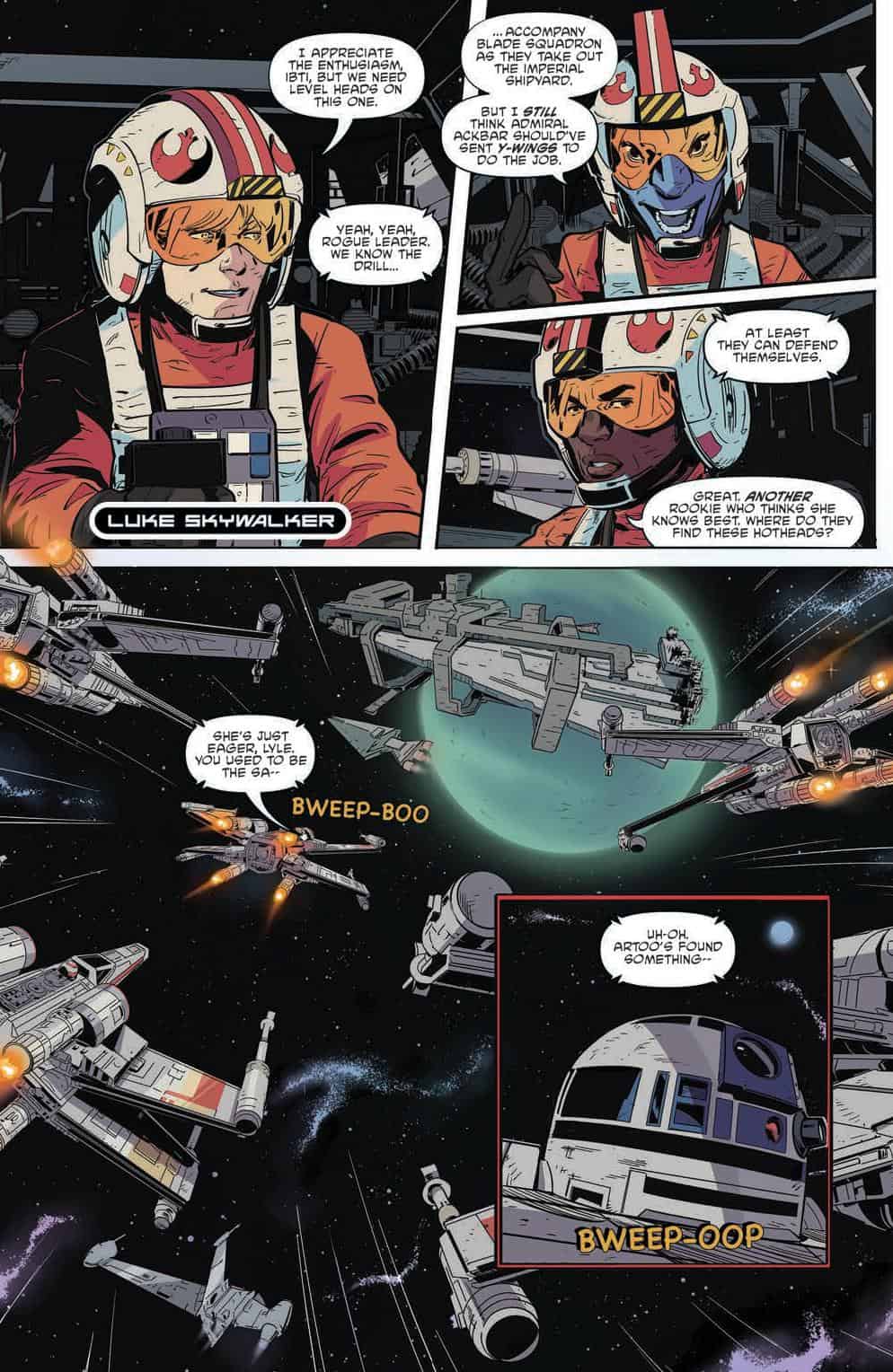 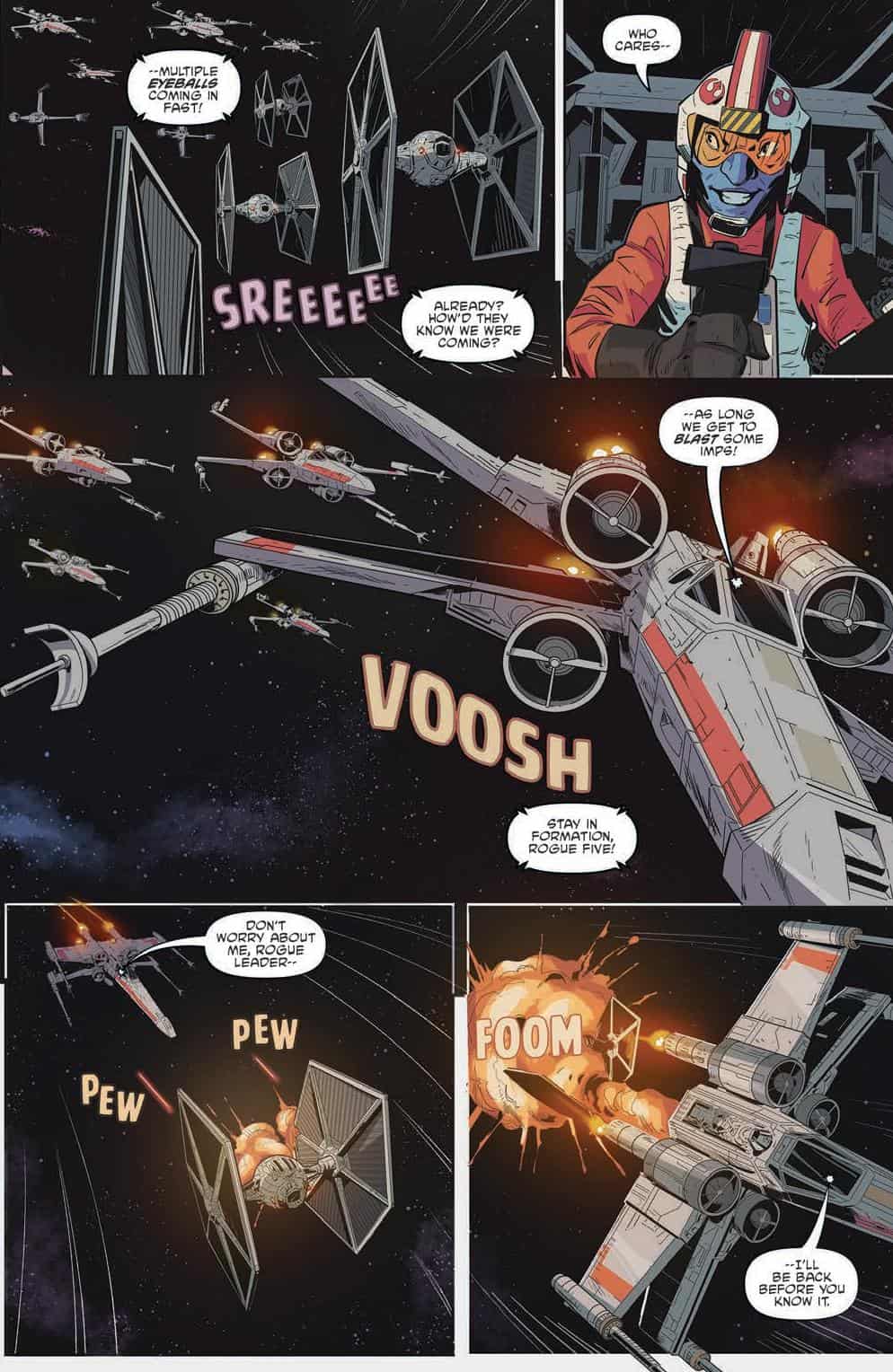 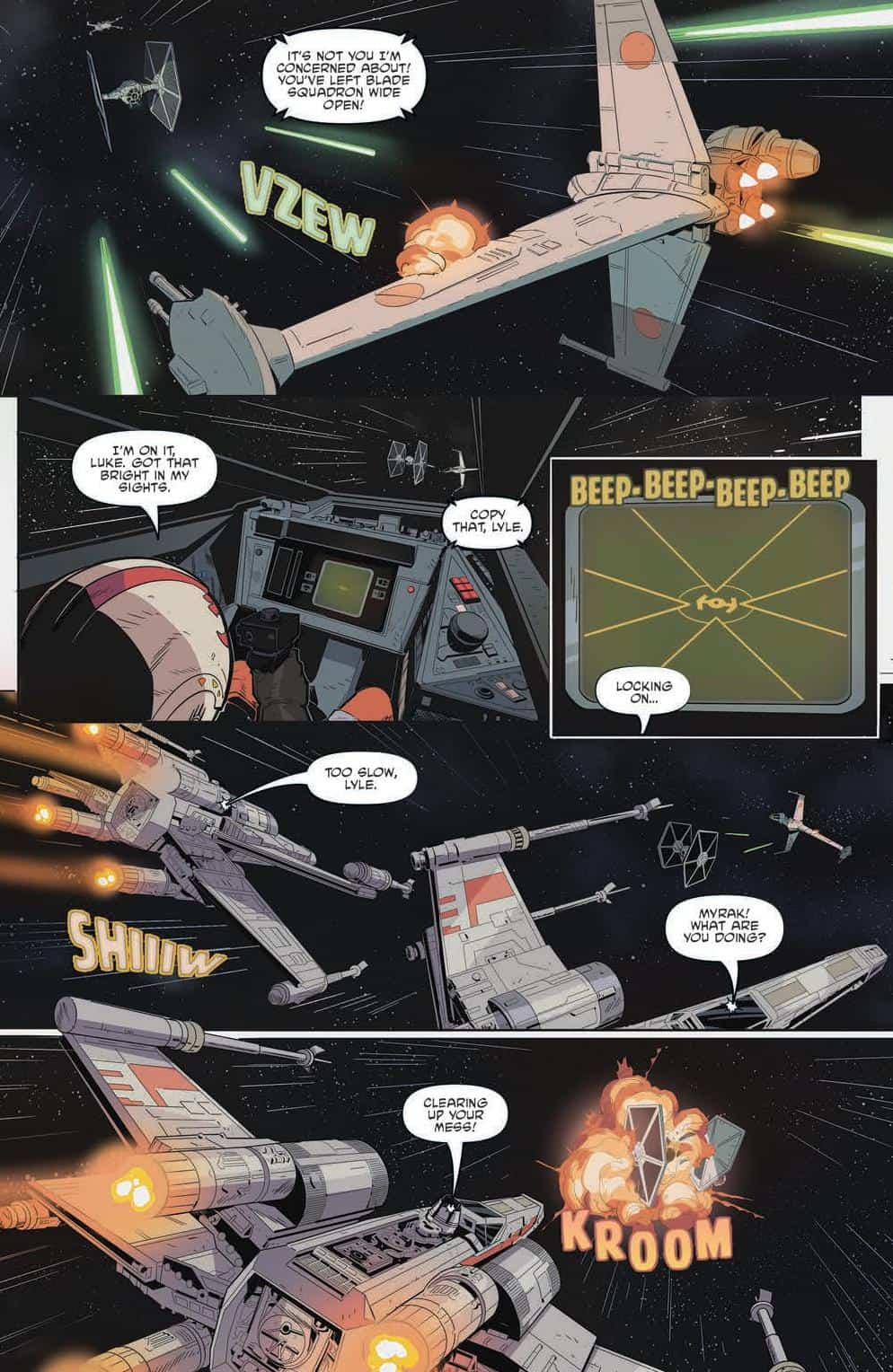 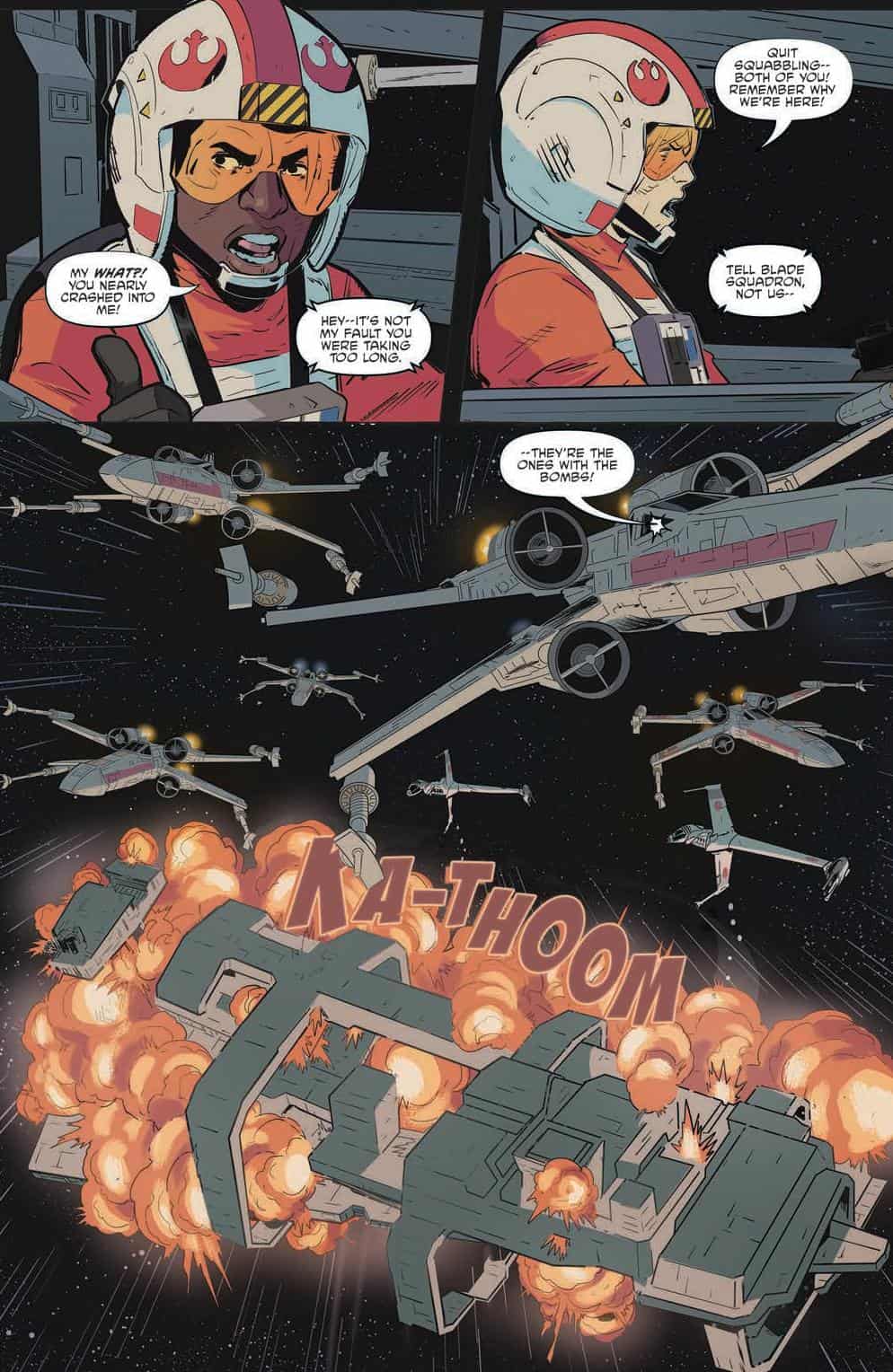