“Sea of Rust,” part one! Megatron has learned that his former mentor, Termagax, holds a key artifact that could tip the scales of the war firmly in the Decepticons’ favor, eliminating the Autobots once and for all. The first order of business, of course, is finding Termagax’s House, a mobile building on the run. And as tensions erupt between Megatron’s Decepticons and his old mentor, the Autobots put themselves in the crossfire! 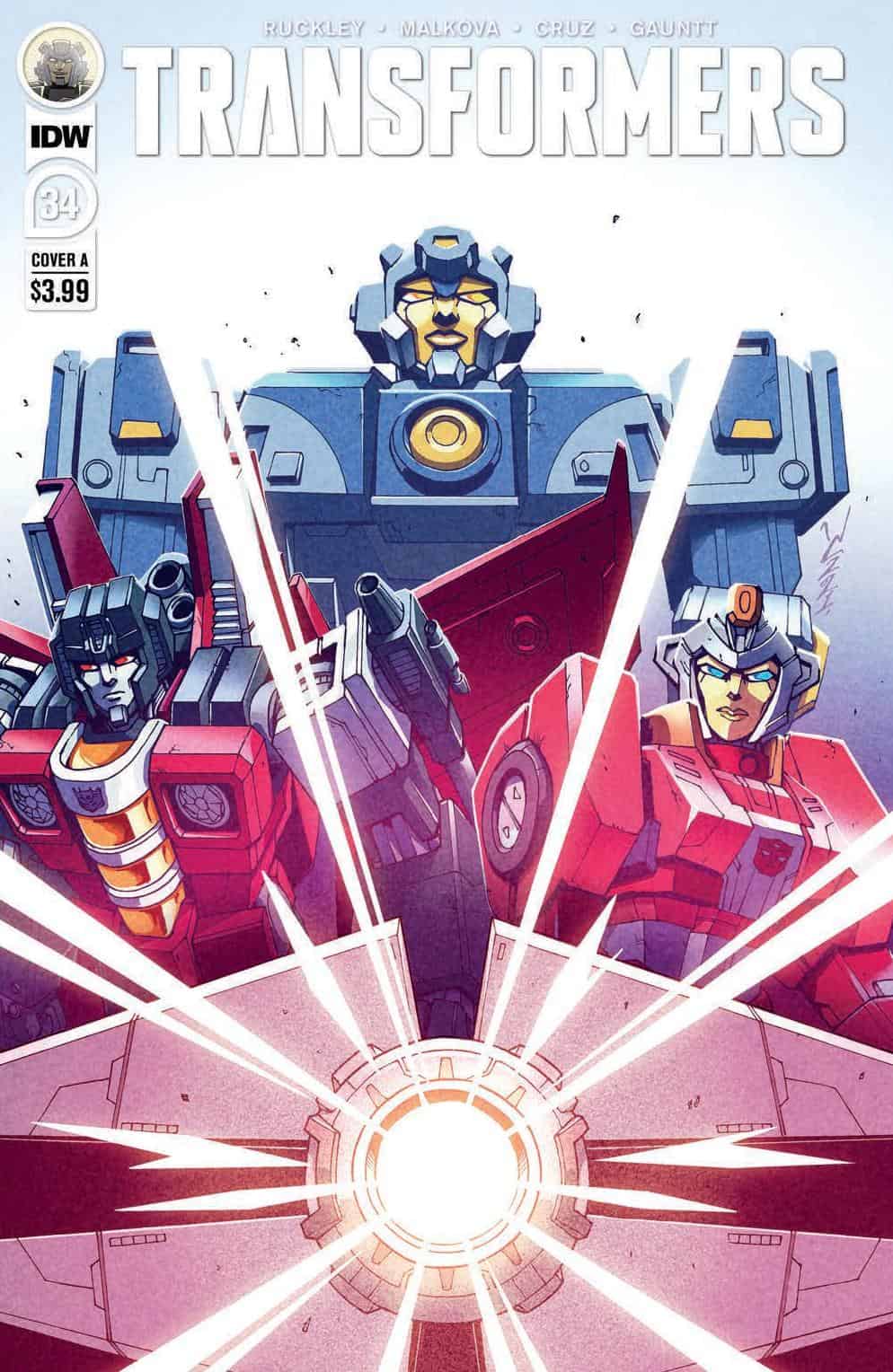 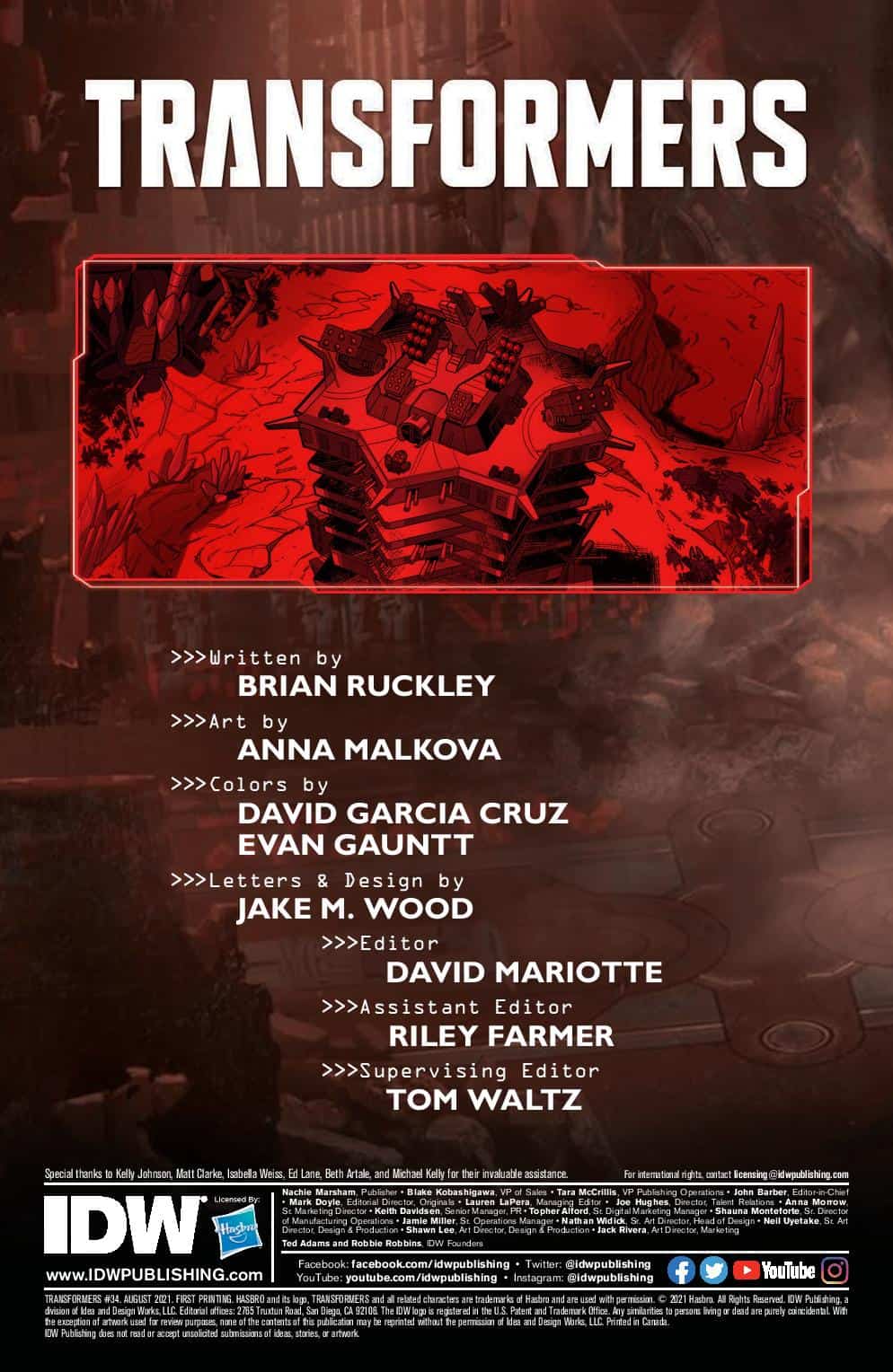 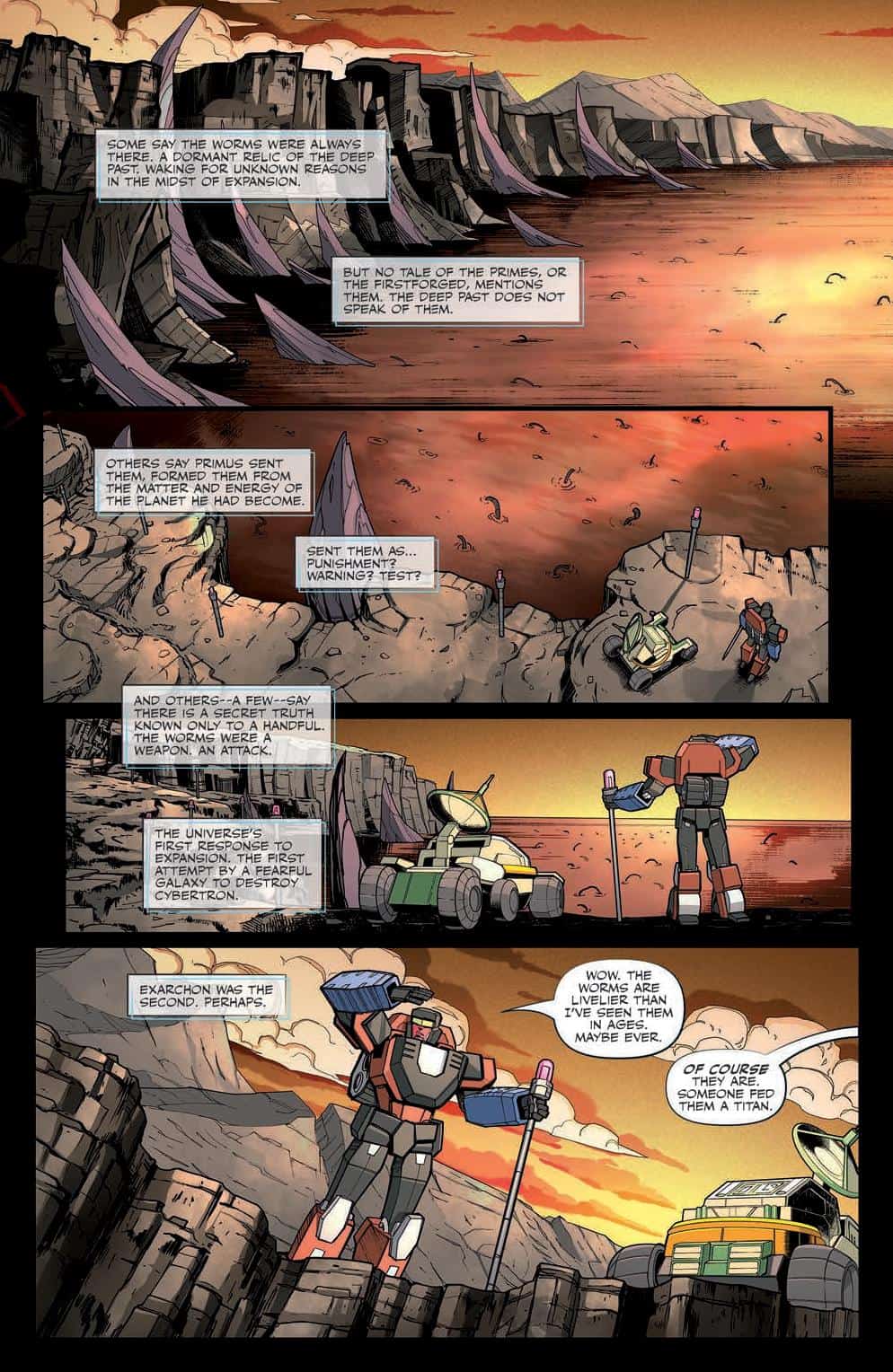 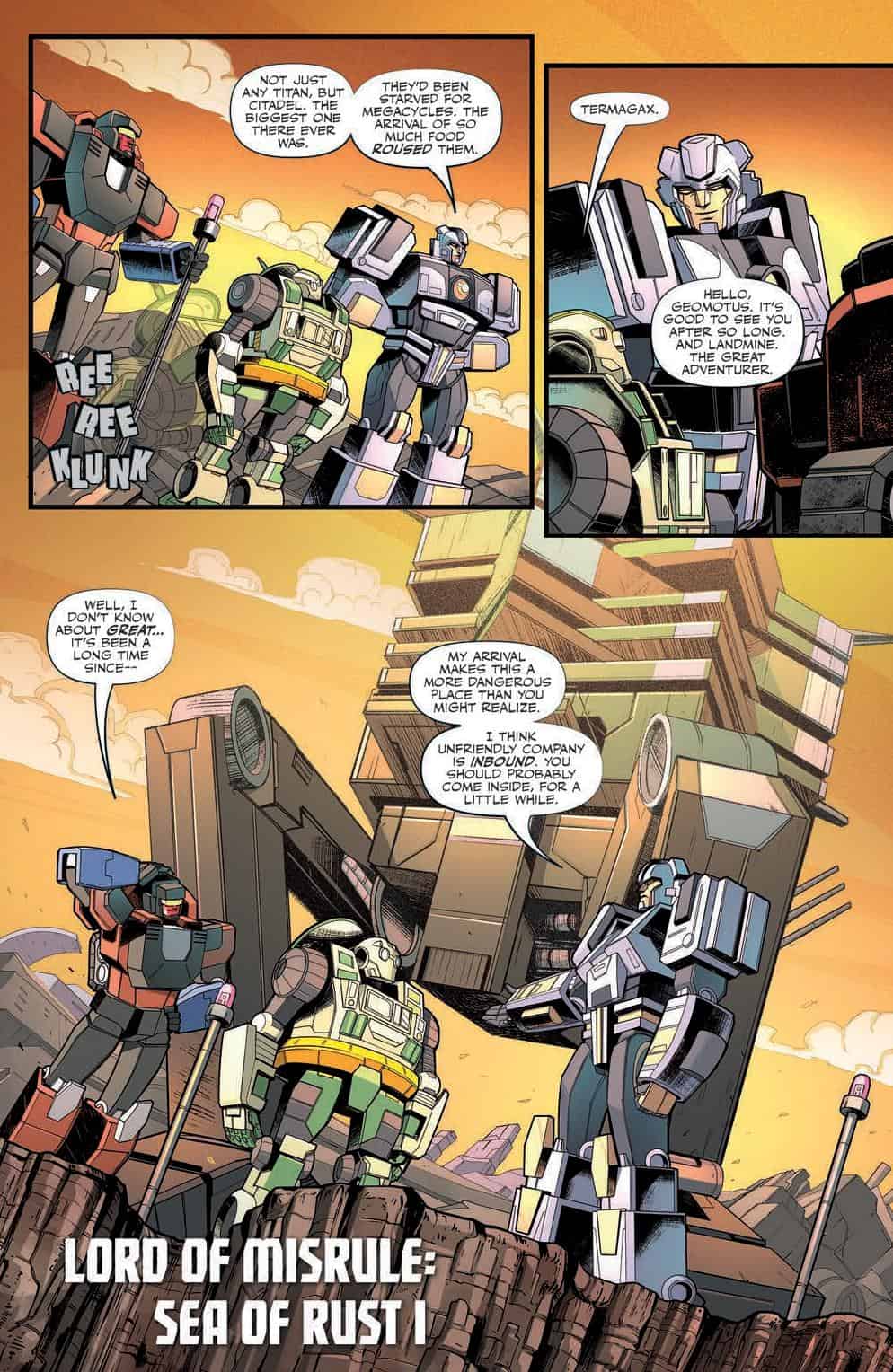 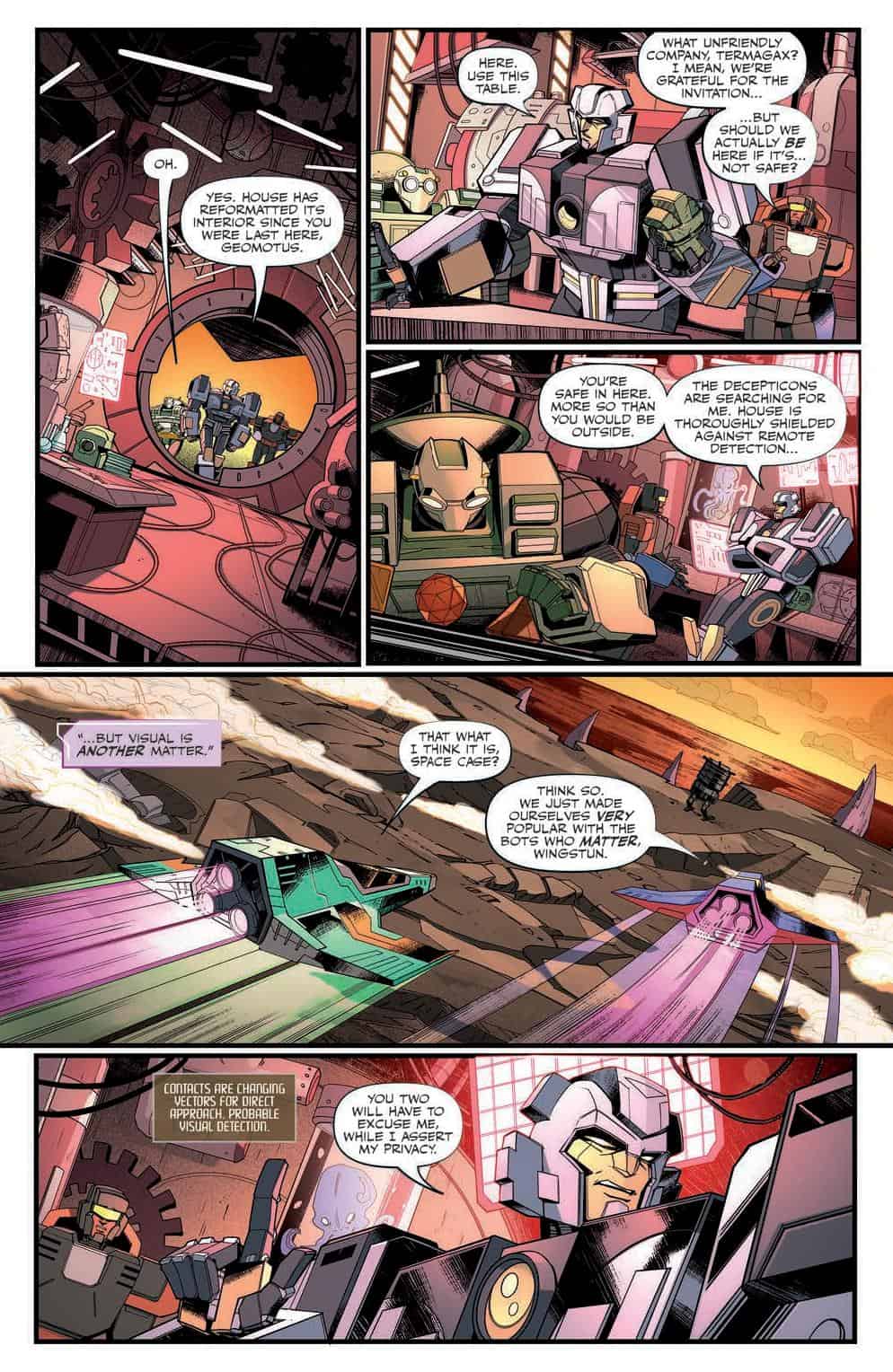 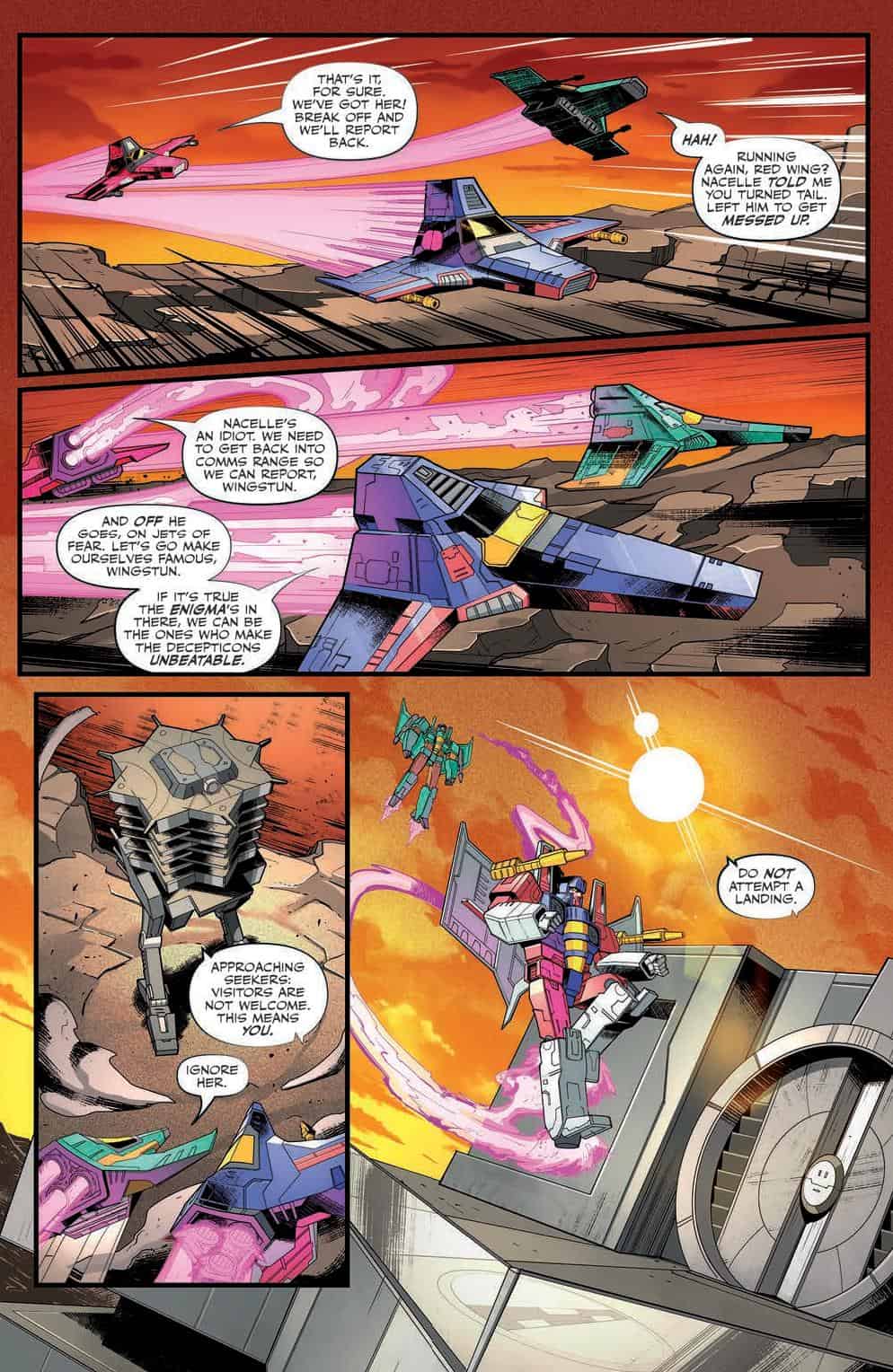 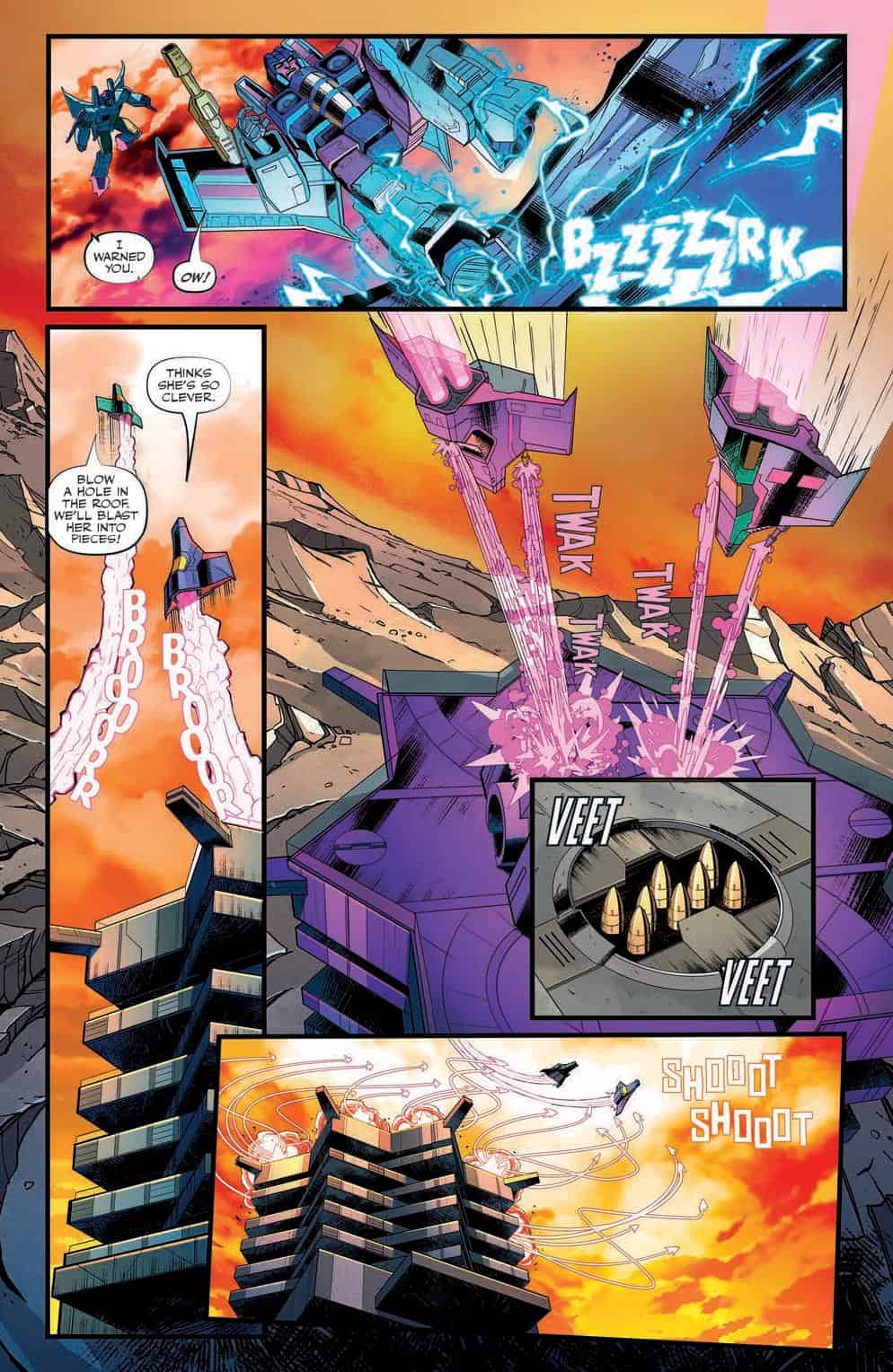