The story that gave a new meaning to the phrase “Avengers Assemble!” reaches its conclusion with AVENGERS MECH STRIKE #5. The Avengers have found themselves confronted with an unstoppable new menace: monstrous Biomechanoids, but fear not, True Believer, the Avengers aren’t so easily beaten — and when new threats arise, powerful new tools must be brought to bear as they suiting up in high-tech individualized armor.  Now ready for one of their greatest battles yet,  the shadowy mastermind makes the first moves in a deadly game of chess! 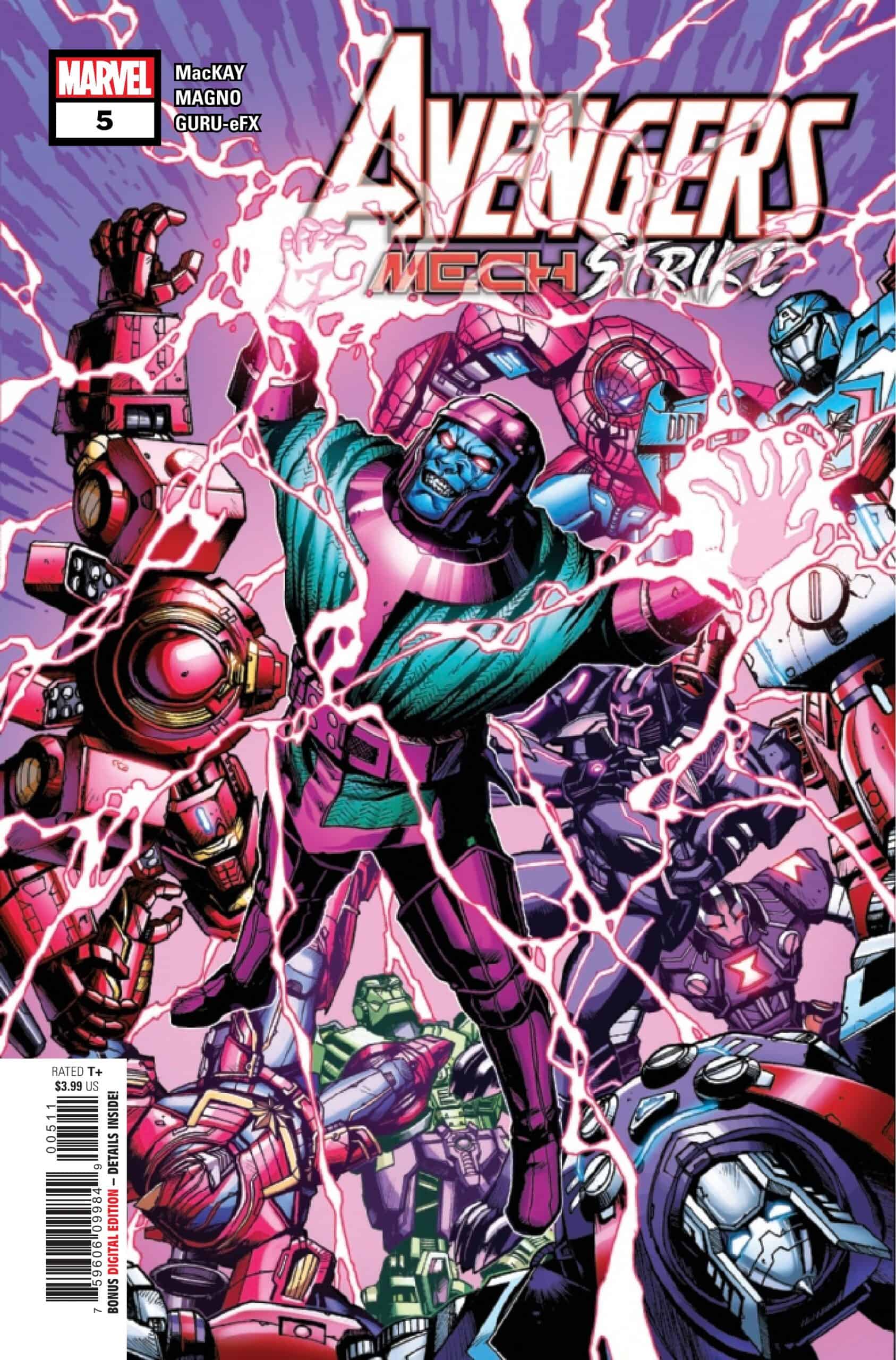 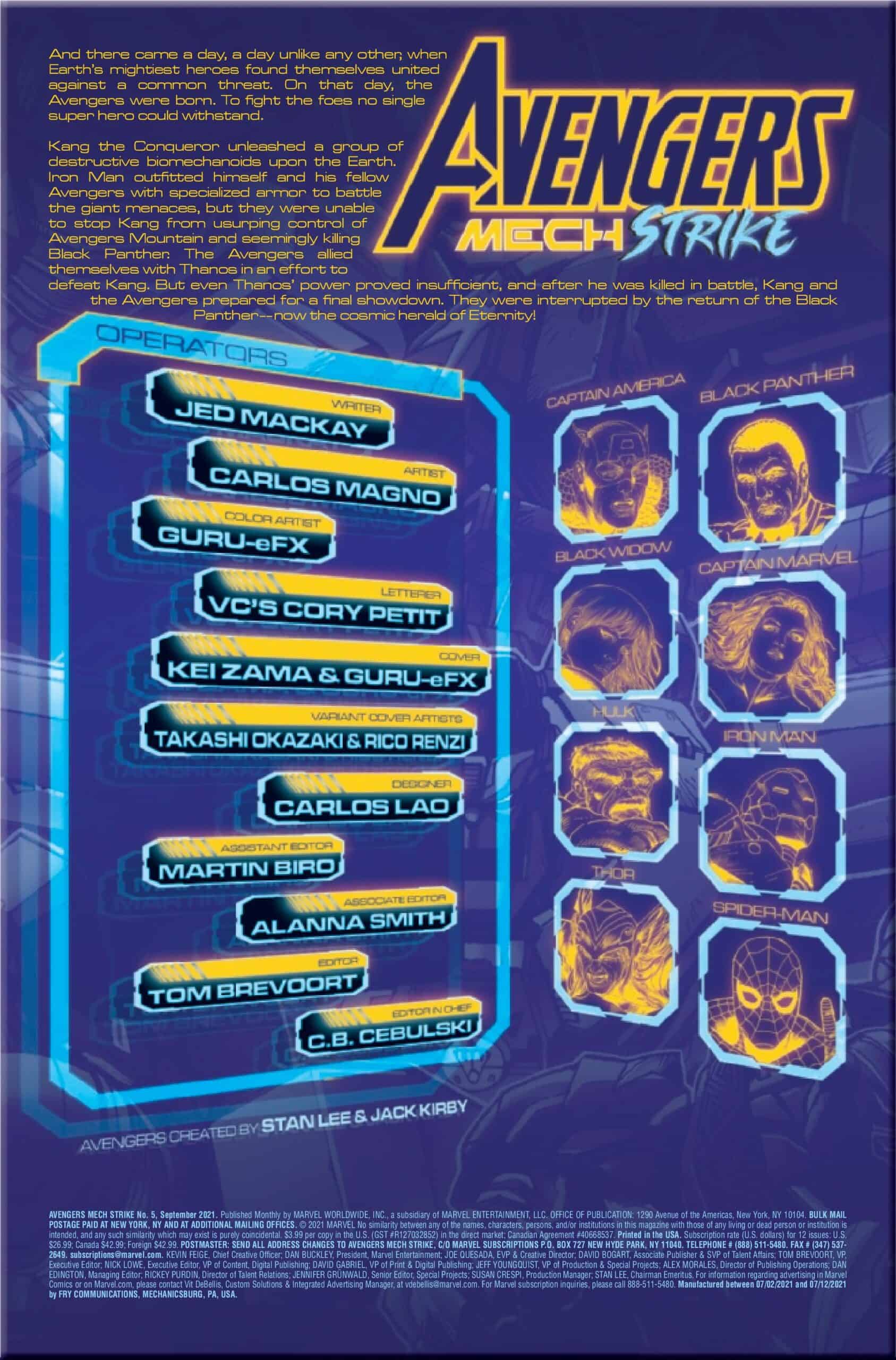 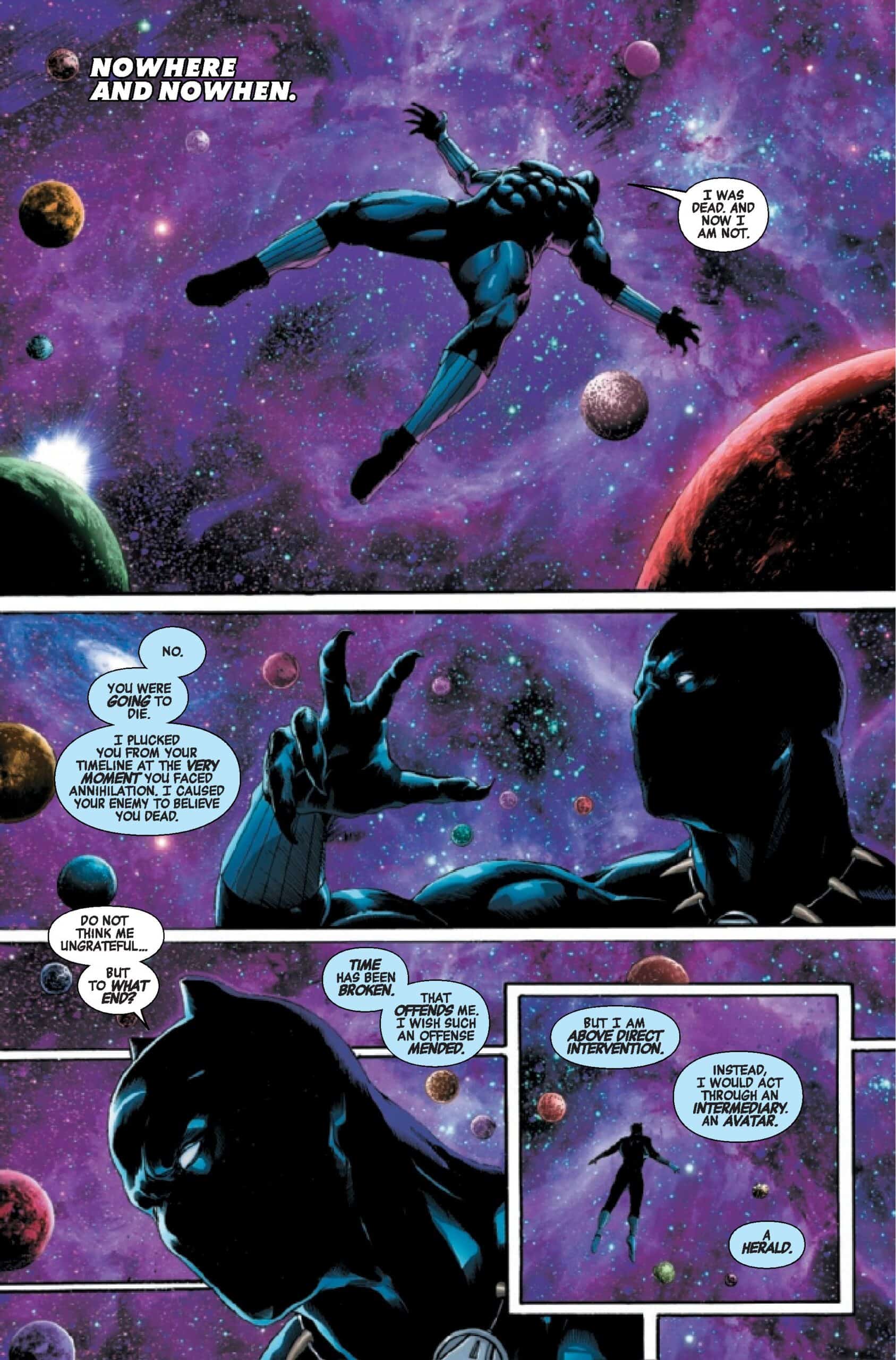 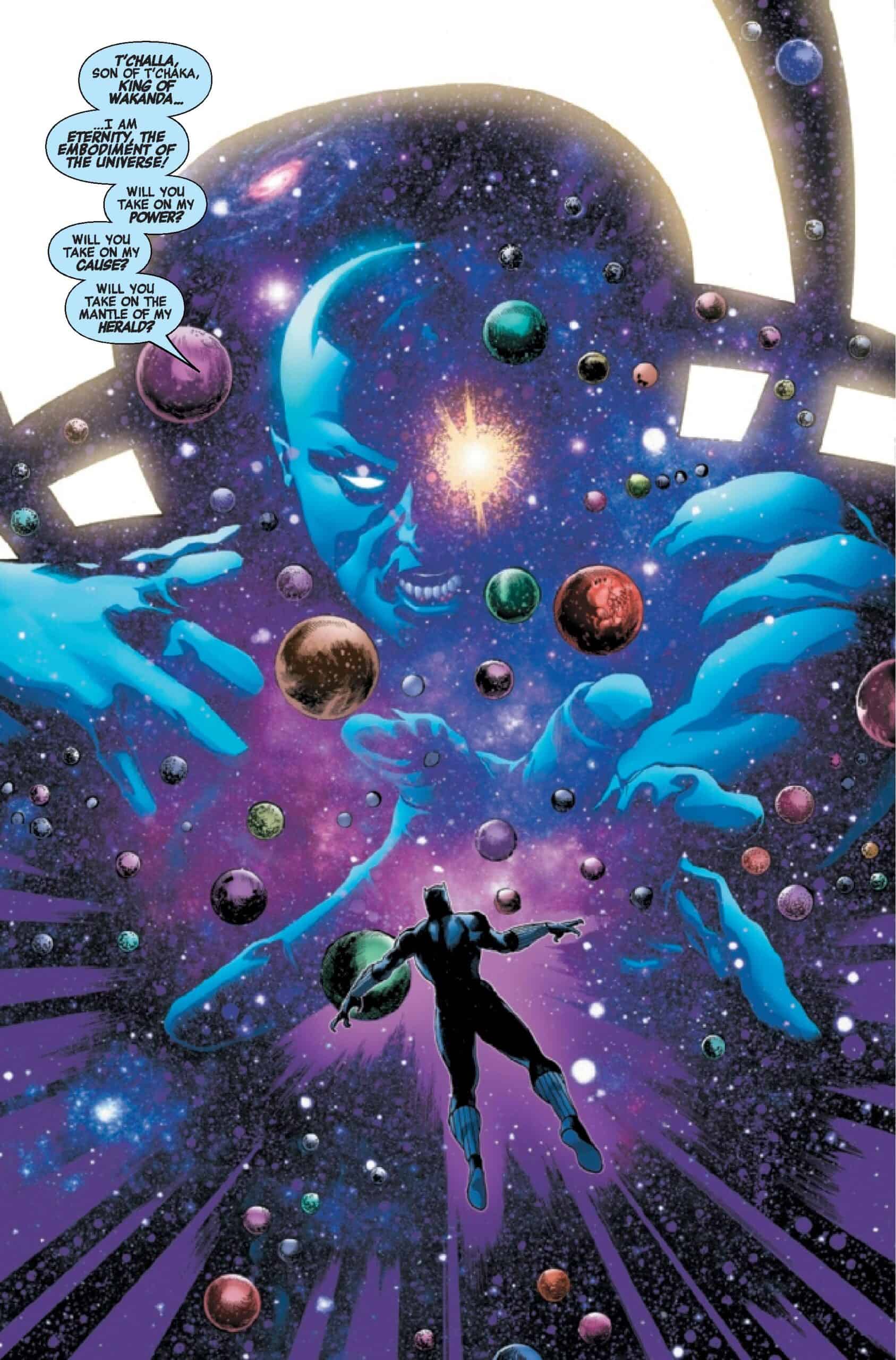 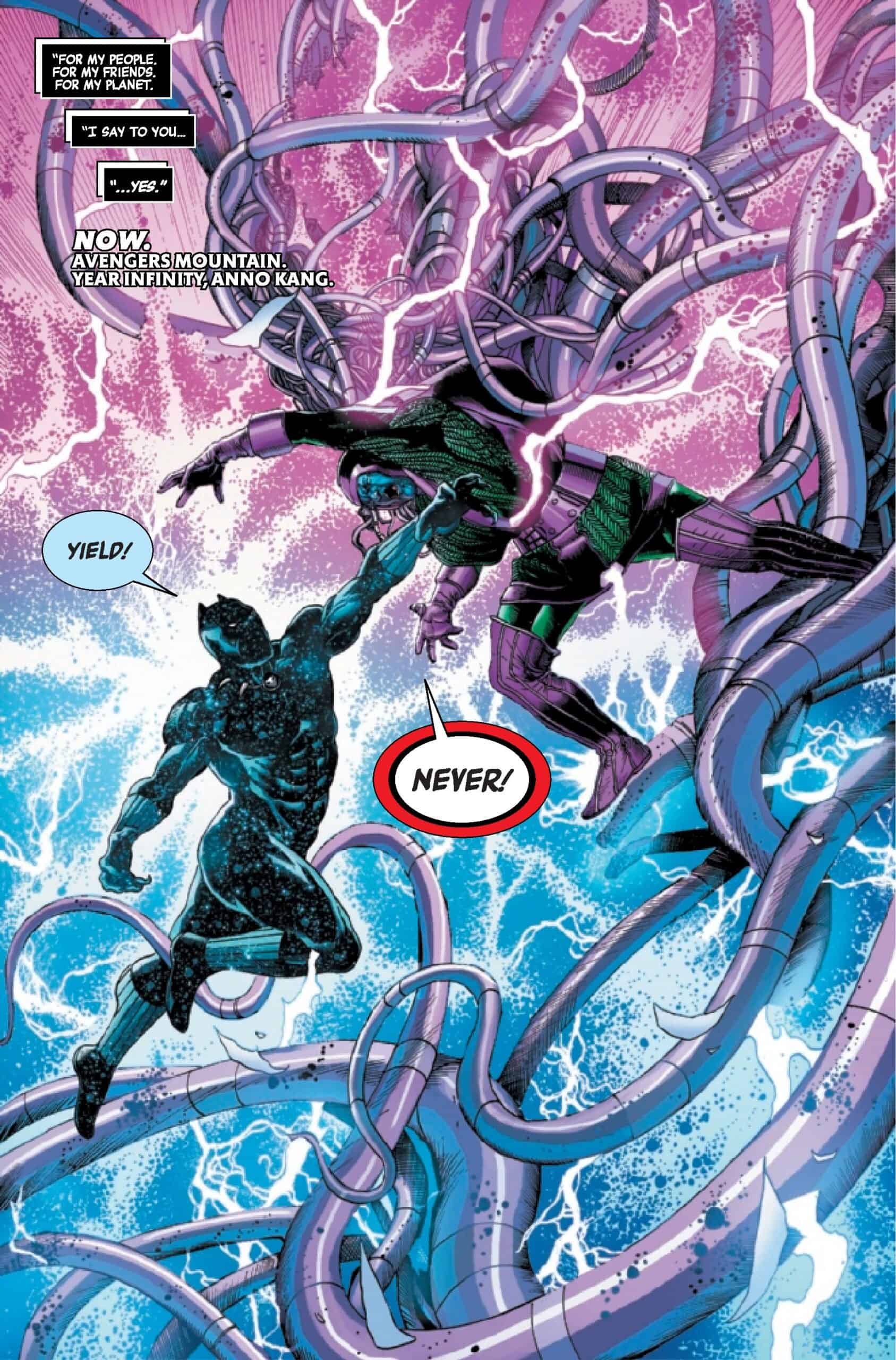 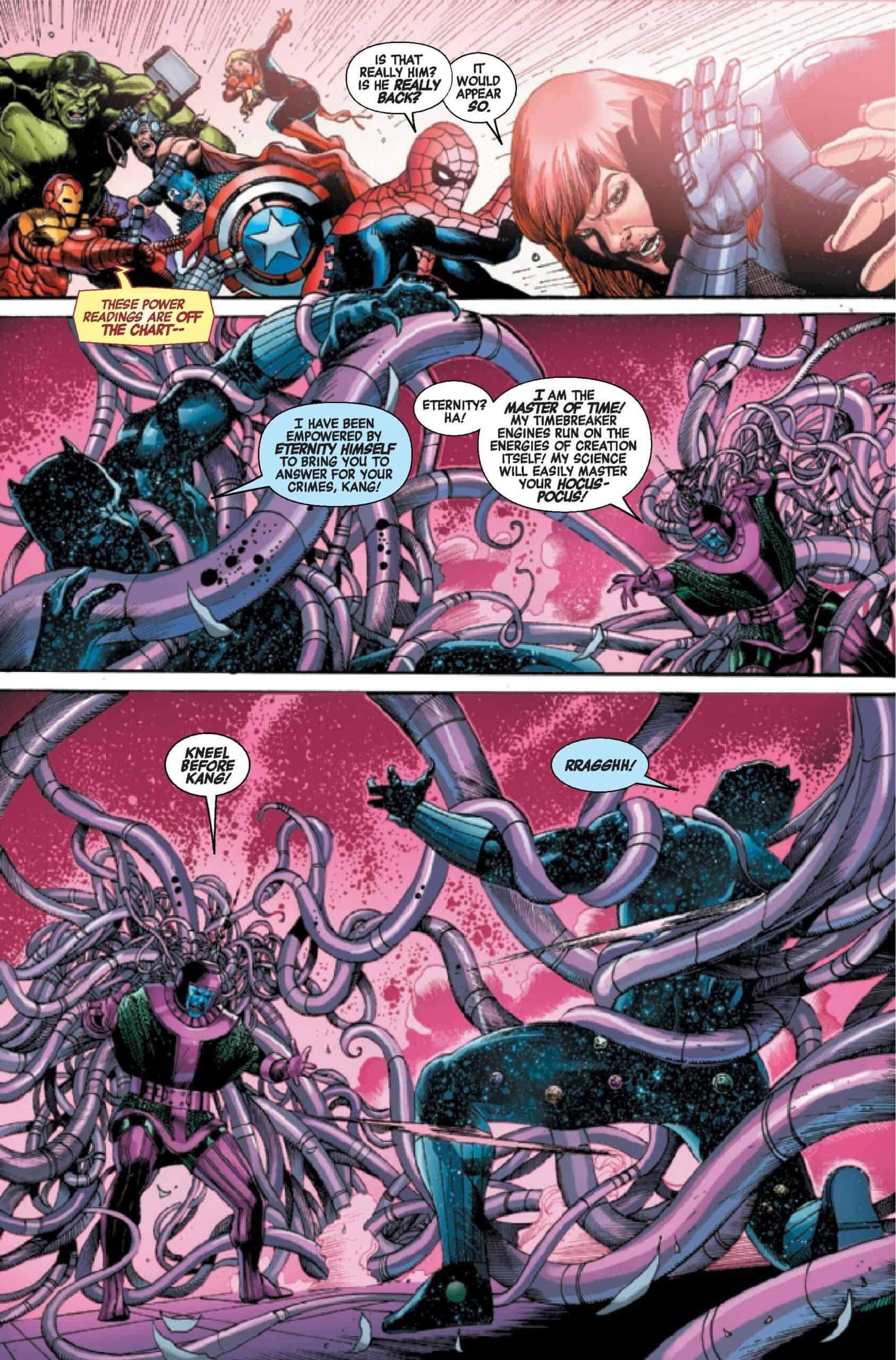 ONE WAY OR ANOTHER, THIS IS THE END!

The Avengers’ last, desperate plan lies in tatters in the face of Kang’s unbelievable power, but a surprise ally appears to give them a sliver of a chance! But Kang didn’t become the master of time itself by not having a few tricks up his sleeve, and, as they say, imitation is the sincerest form of flattery… Will the Avengers stop one of their oldest foes, or will ANNO KANG continue forevermore?

The Mech-Avengers make their final stand against Kang when AVENGERS MECH STRIKE #5, storms onto shelves and digital platforms, Wednesday, July 28, 2021, from Marvel Comics.