The Wastelanders saga continues as WASTELANDERS: STAR-LORD #1 picks up following the events of Star-Lord’s solo Sirius-XM podcast drama, as he continues to assuage his guilt for being off-world during the calamity that has become of his home planet. 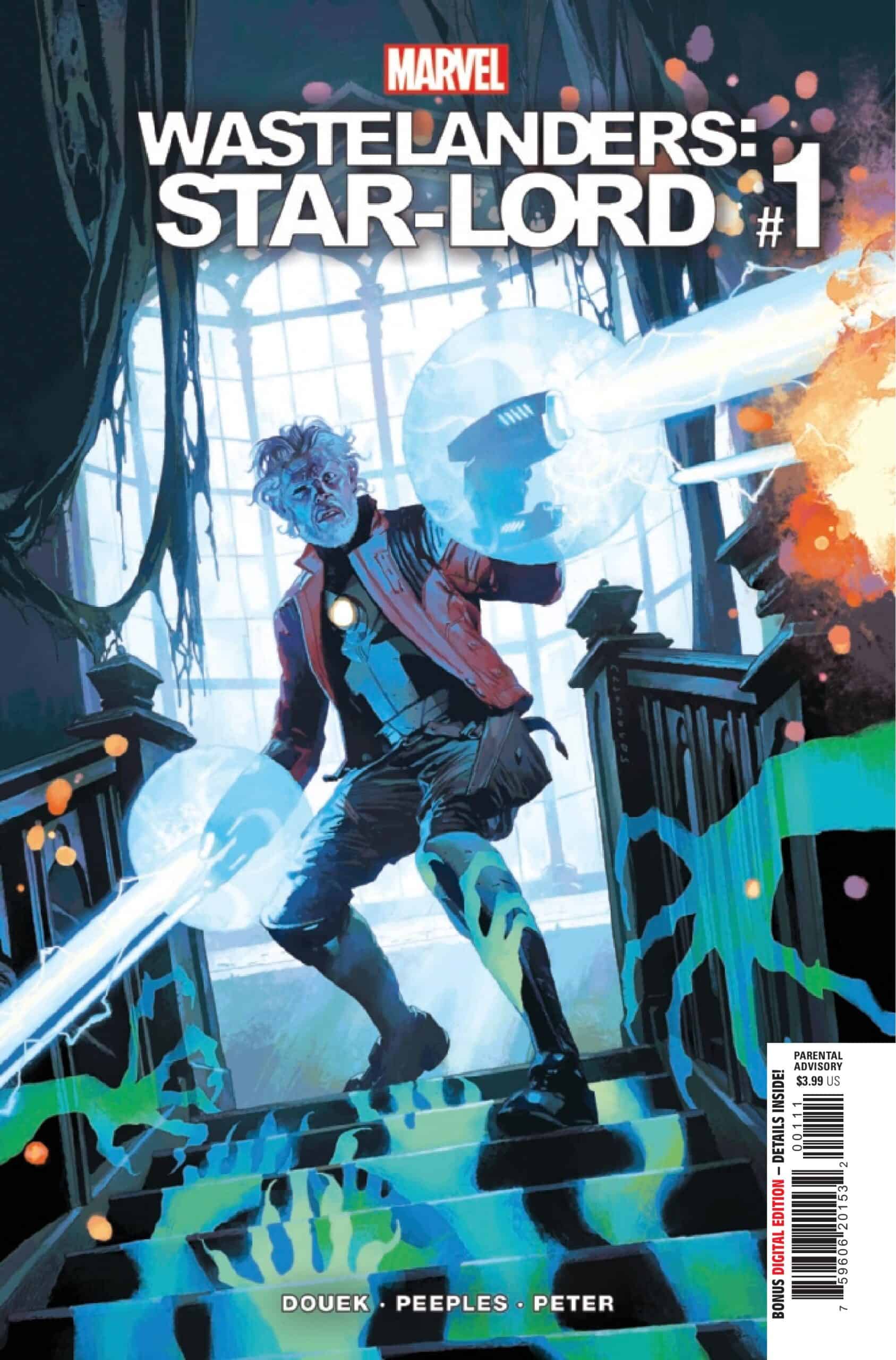 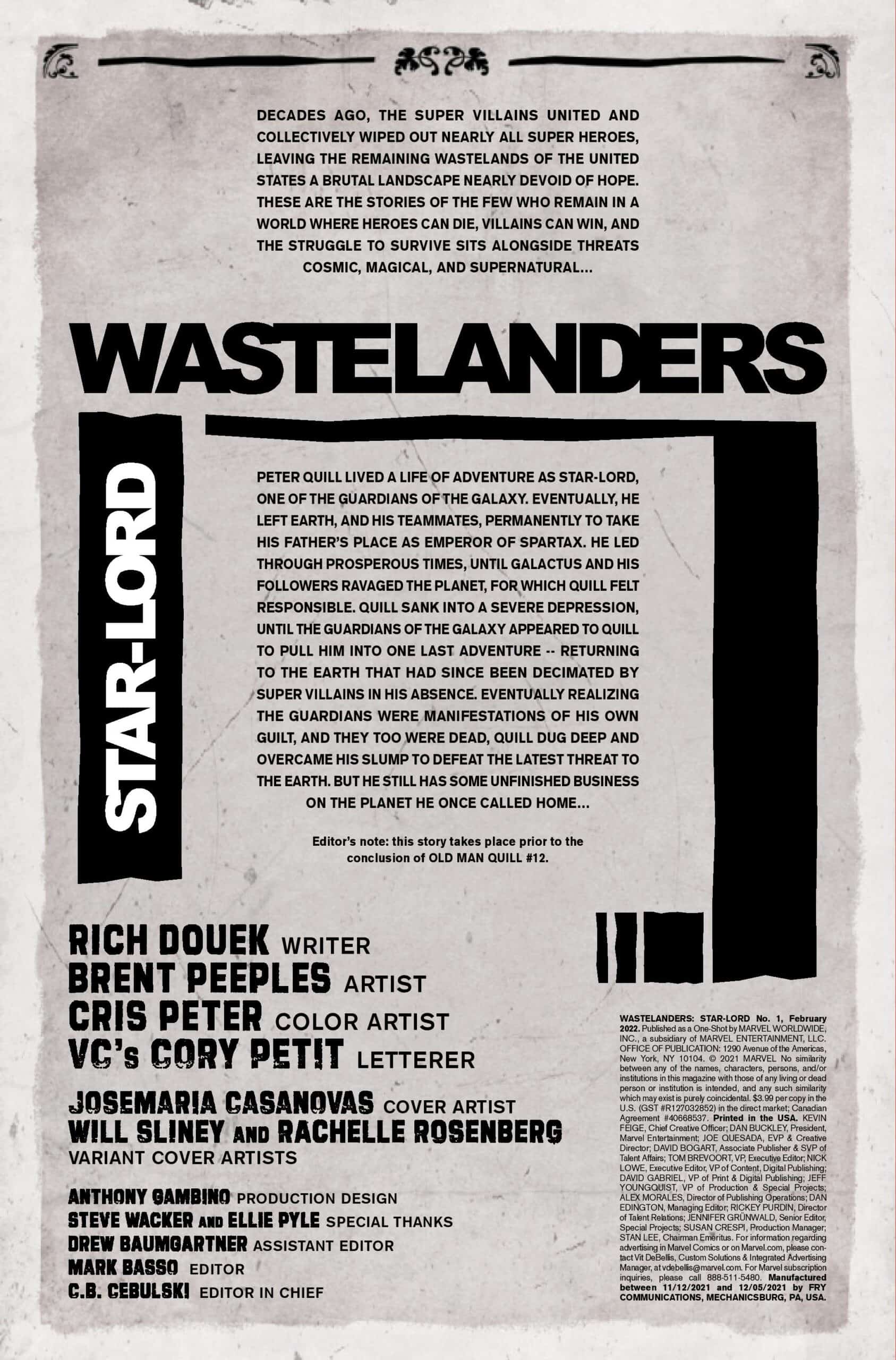 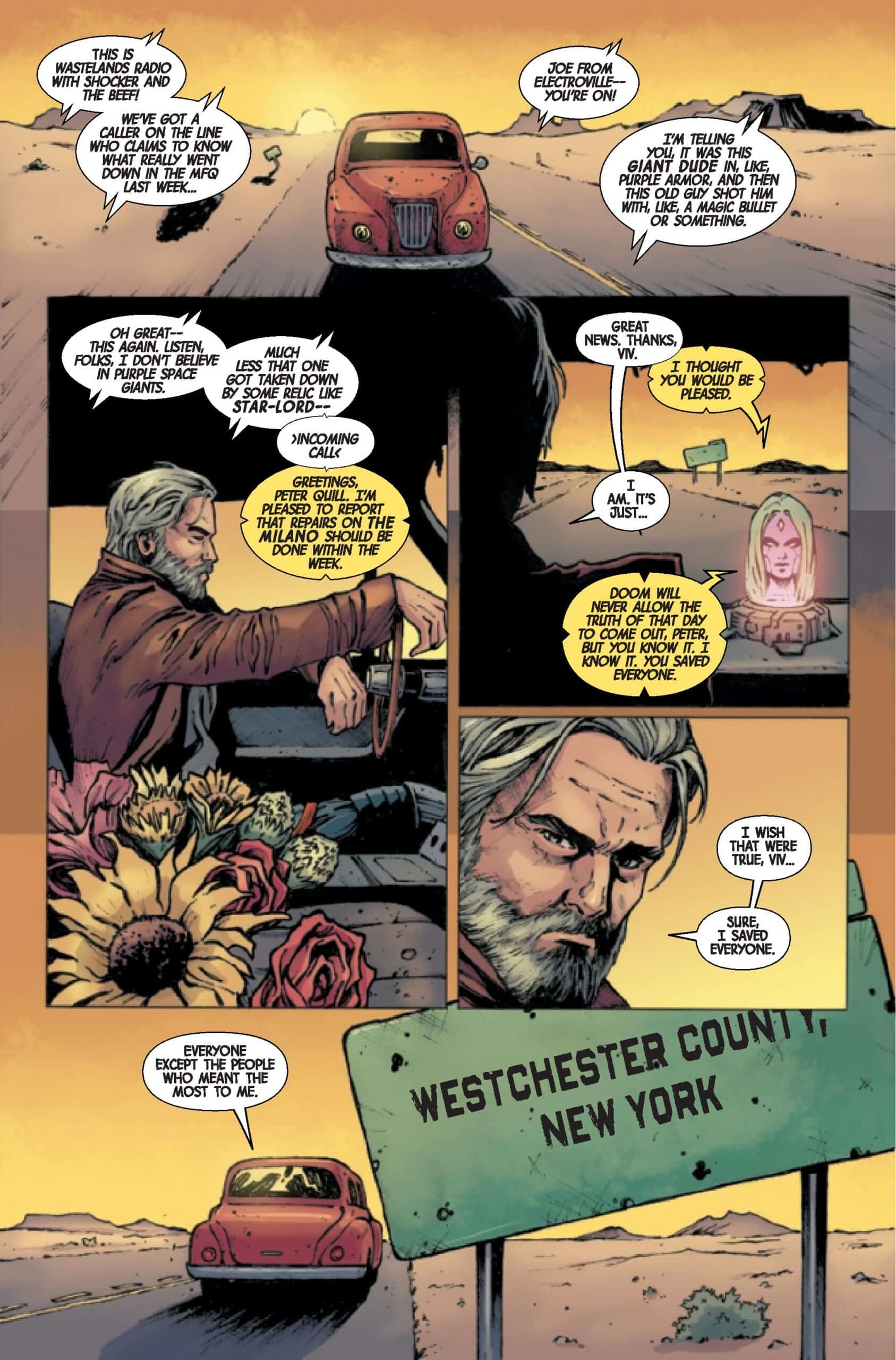 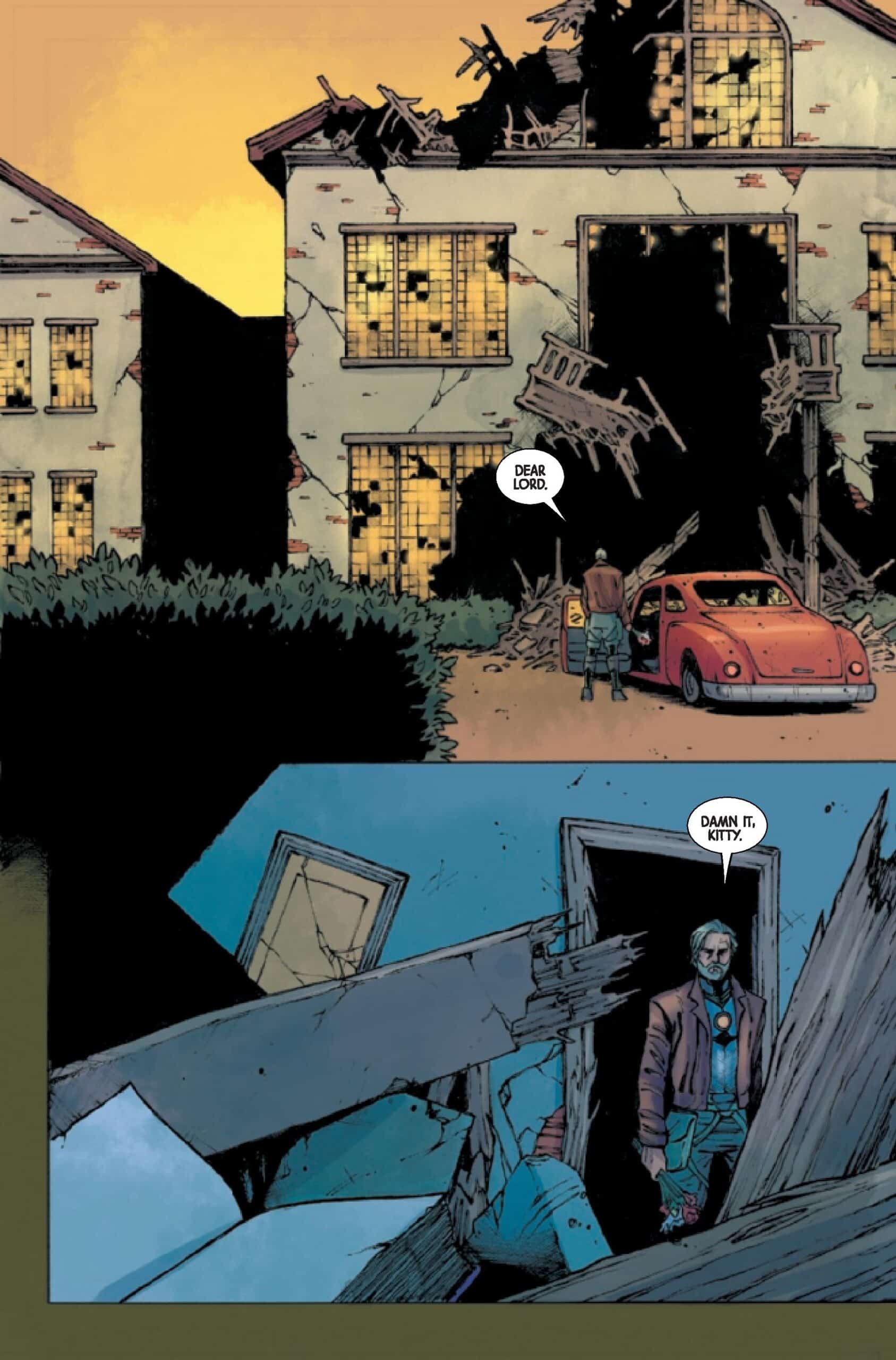 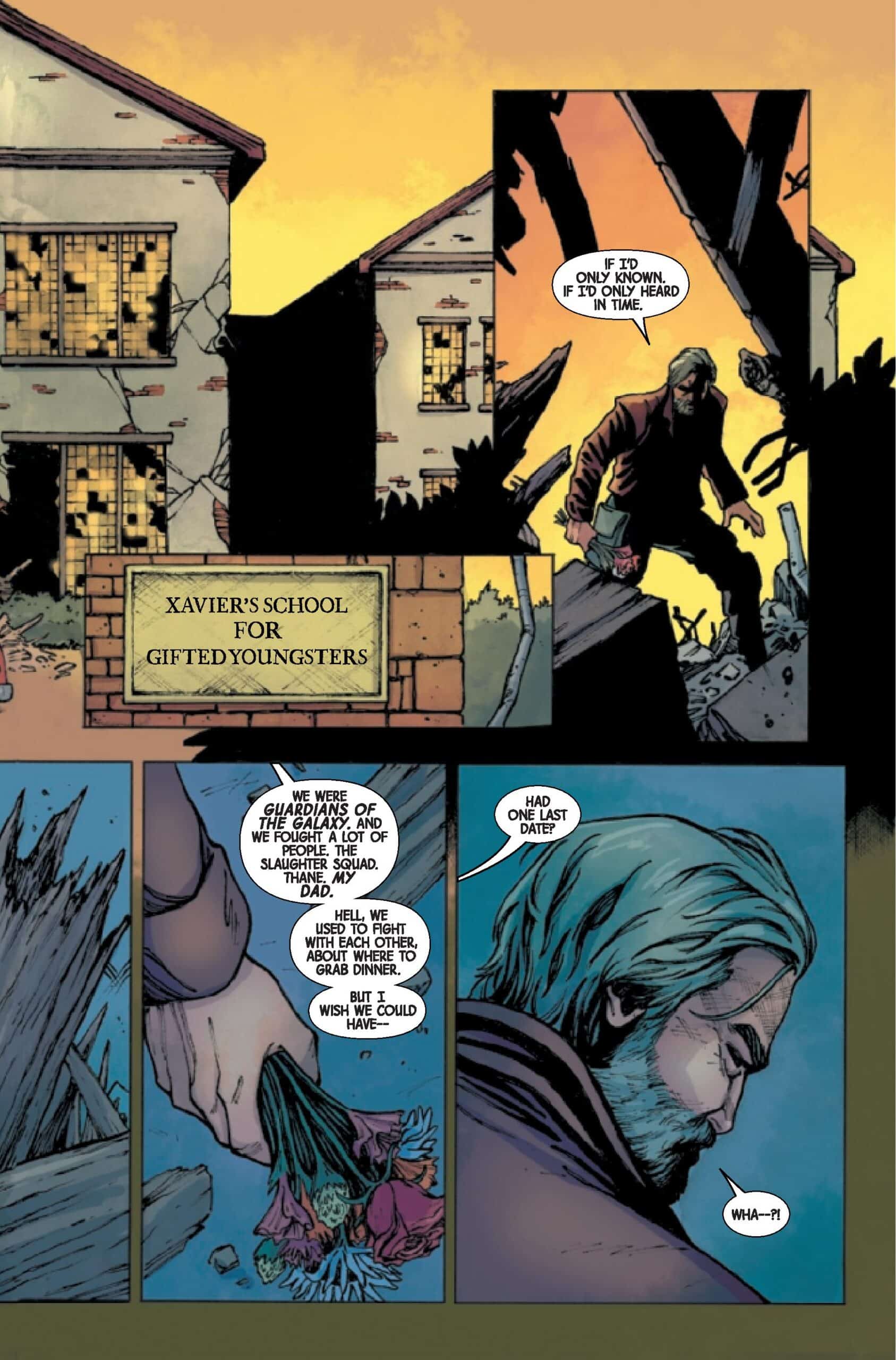 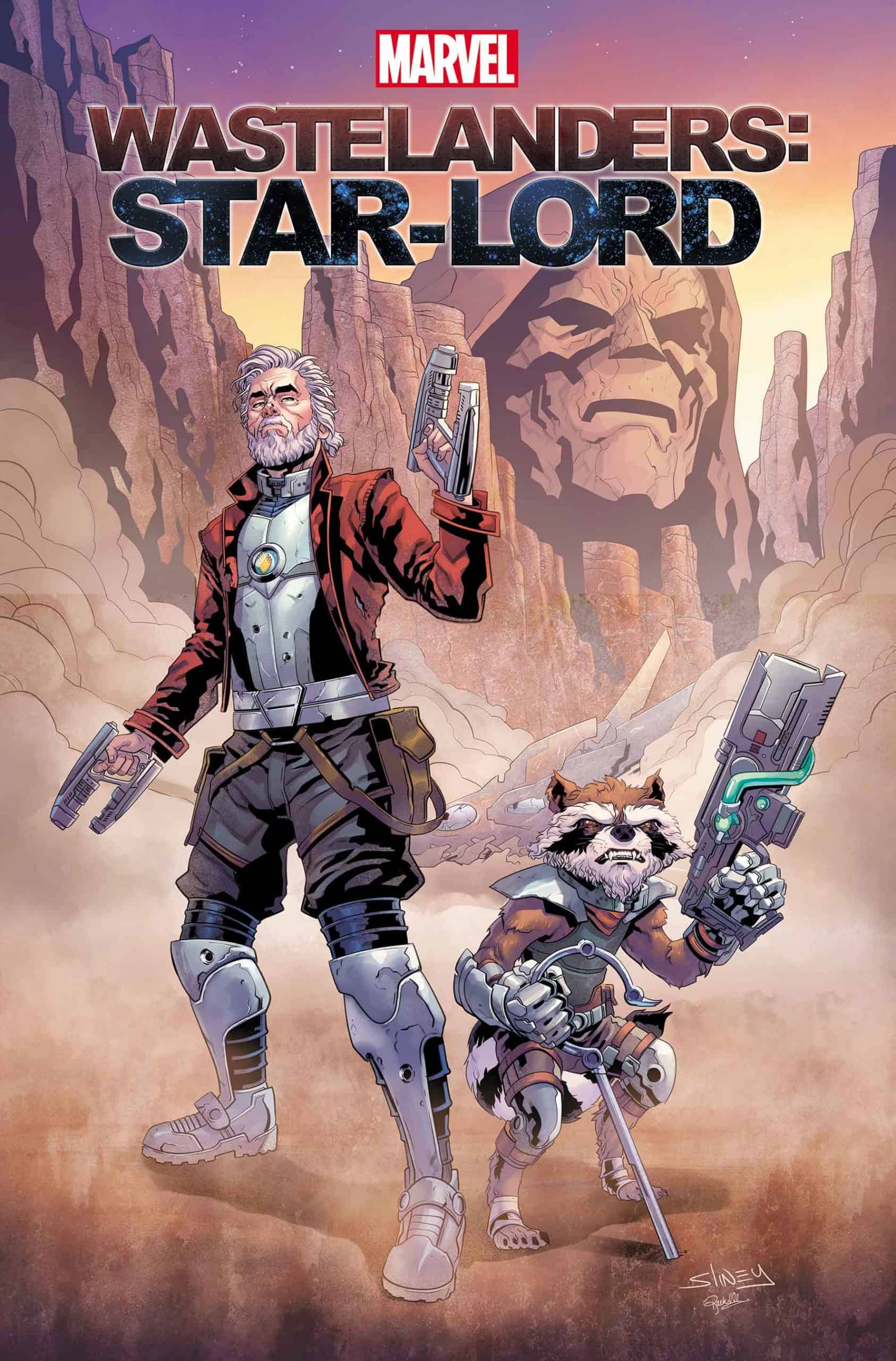 Peter Quill Haunted by his Past

The legendary STAR-LORD has fallen on hard times. With the GUARDIANS OF THE GALAXY disbanded, PETER QUILL returned to Earth to find it a wasteland unlike anything he’s seen across the stars—heroes dead, villains in power. While he’s taken out one threat, others remain in the Wastelands, and Star-Lord’s own desire to assuage his guilt for being off-world during the calamity will land him right in the middle of another! Will Quill overcome the MYSTERIOUS FORCE waiting for him at the site of his lost love’s death? Or is she not really dead at all?

Peter Quill aka Star-Lord has no trouble finding more trouble following his adventures in Marvel’s podcast series in WASTELANDERS: STAR-LORD #1 on shelves and digital platforms on December 29, 2022, from Marvel Comics.