WAR FOR THE WASTELANDS! Tony Stark, the Invincible Ant-Man. Robbie Reyes, a Ghost Rider unlike any other from across the multiverse, still changing, still becoming what he was always meant to be. A Deathlok who refuses to die. A brutally two-fisted Wonder Man. A half-built Vision. The Infinity Thing. Together, they’re all that passes for Earth’s Mightiest Heroes on a world overrun by the Black Skull. But on this day, a day unlike any other, they’ll have to be enough. 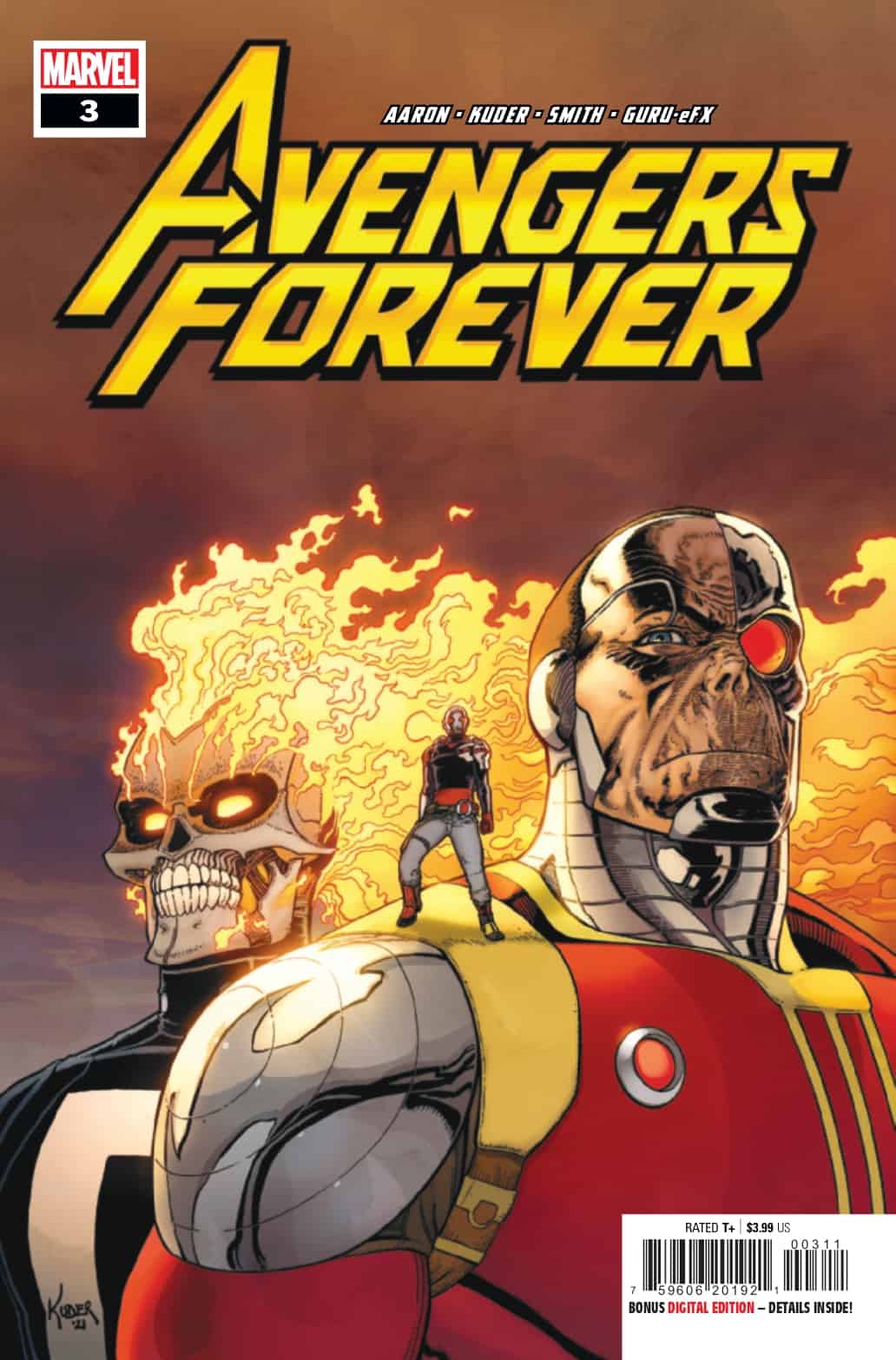 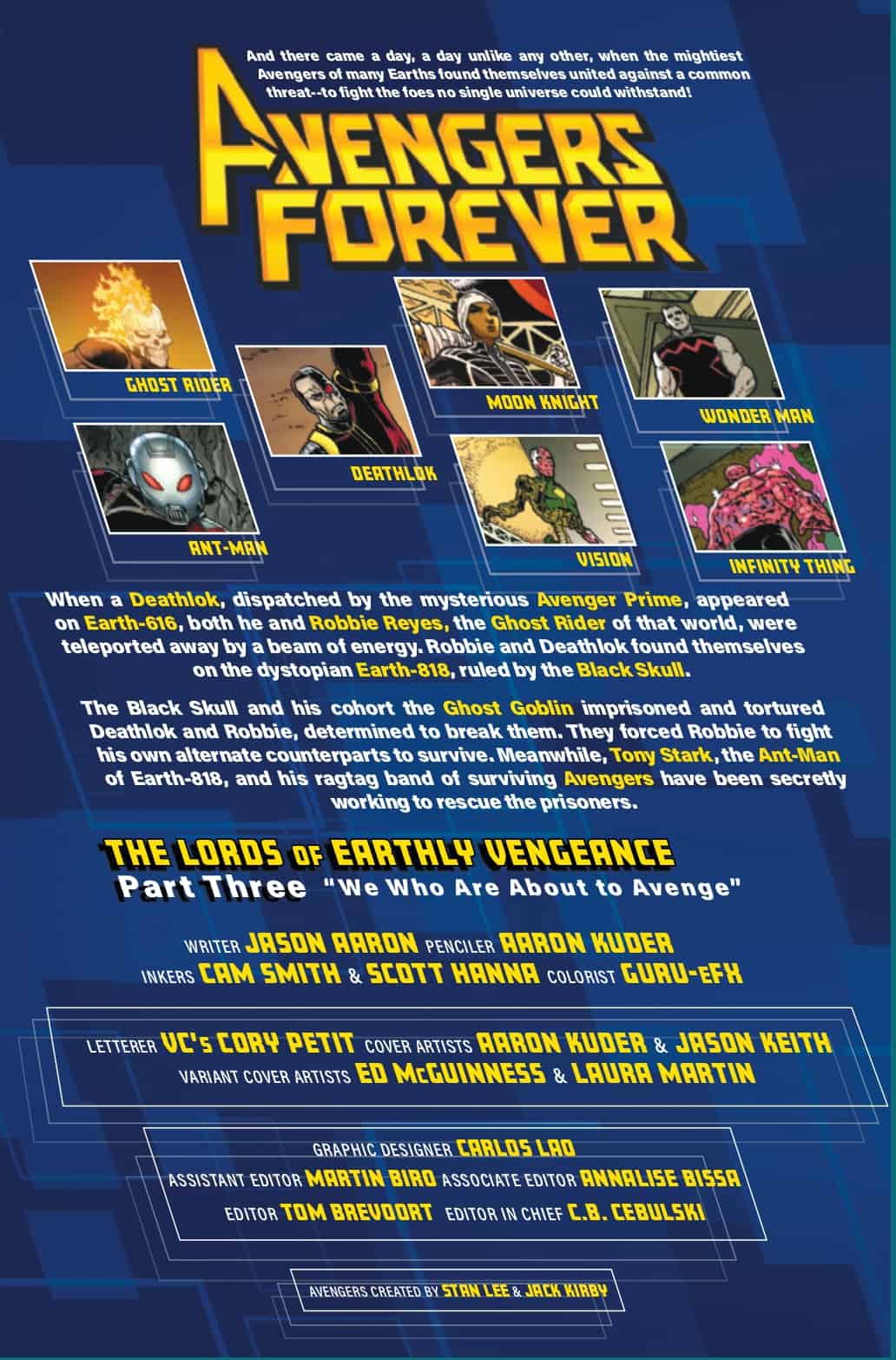 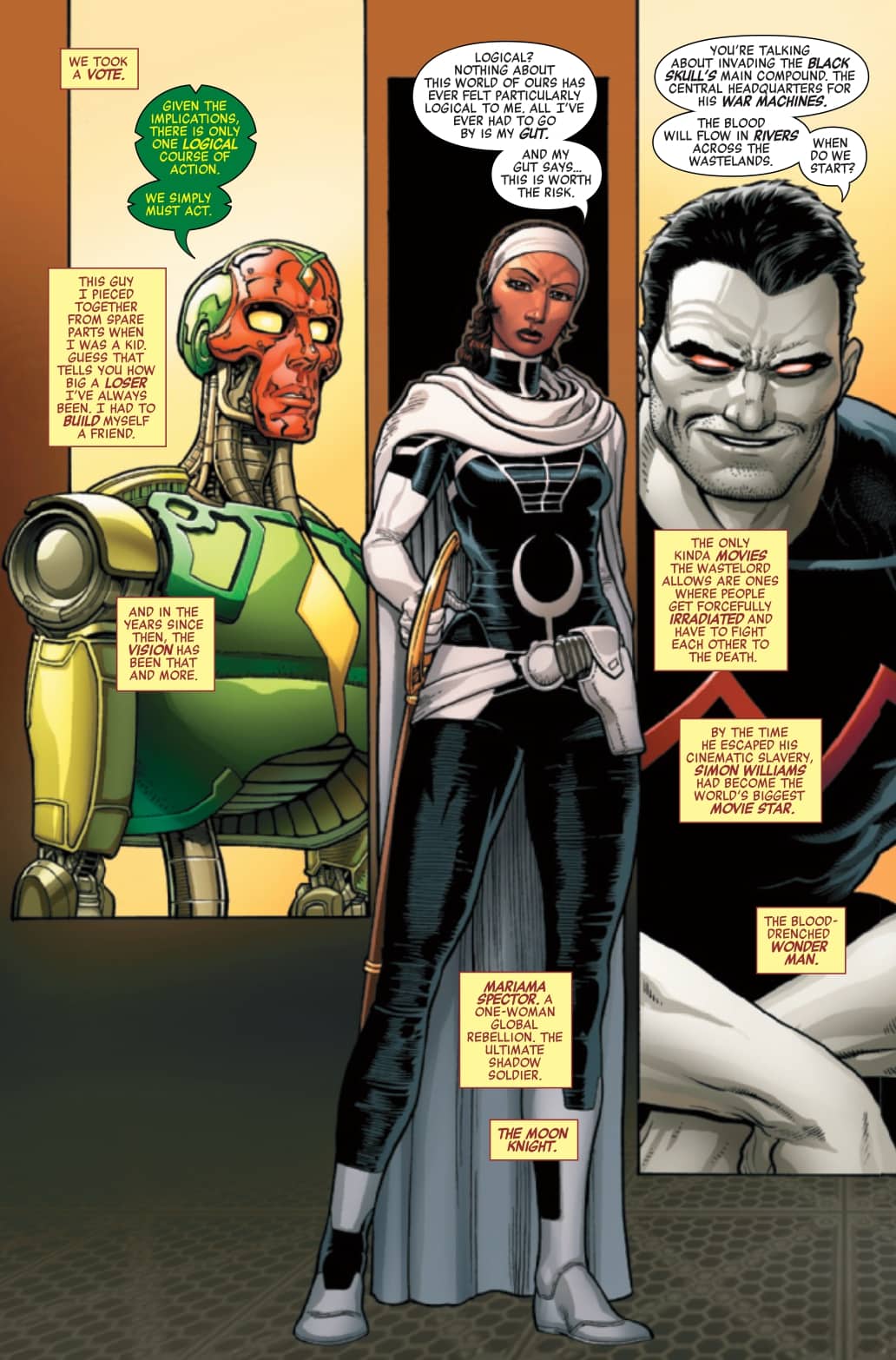 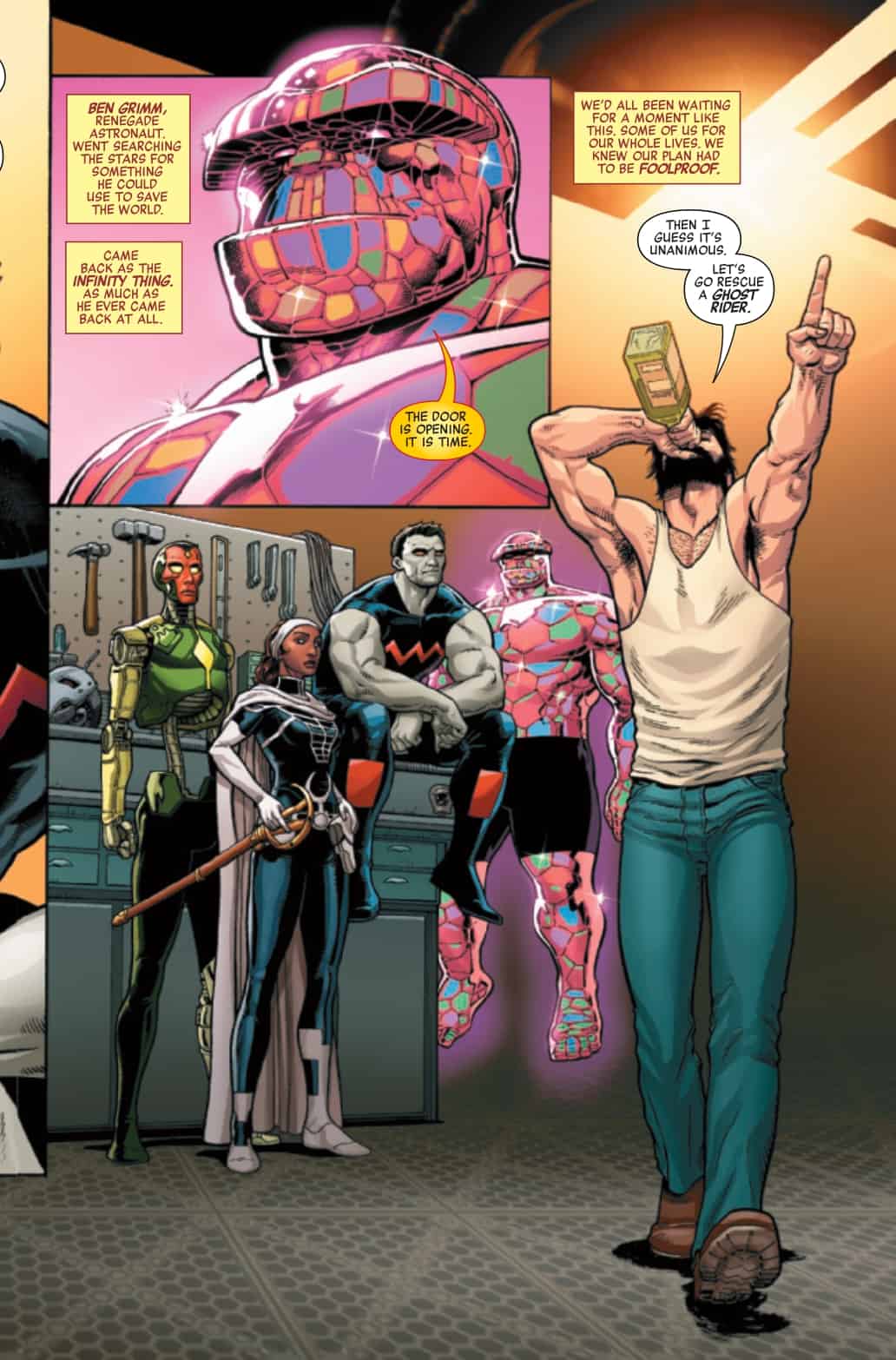 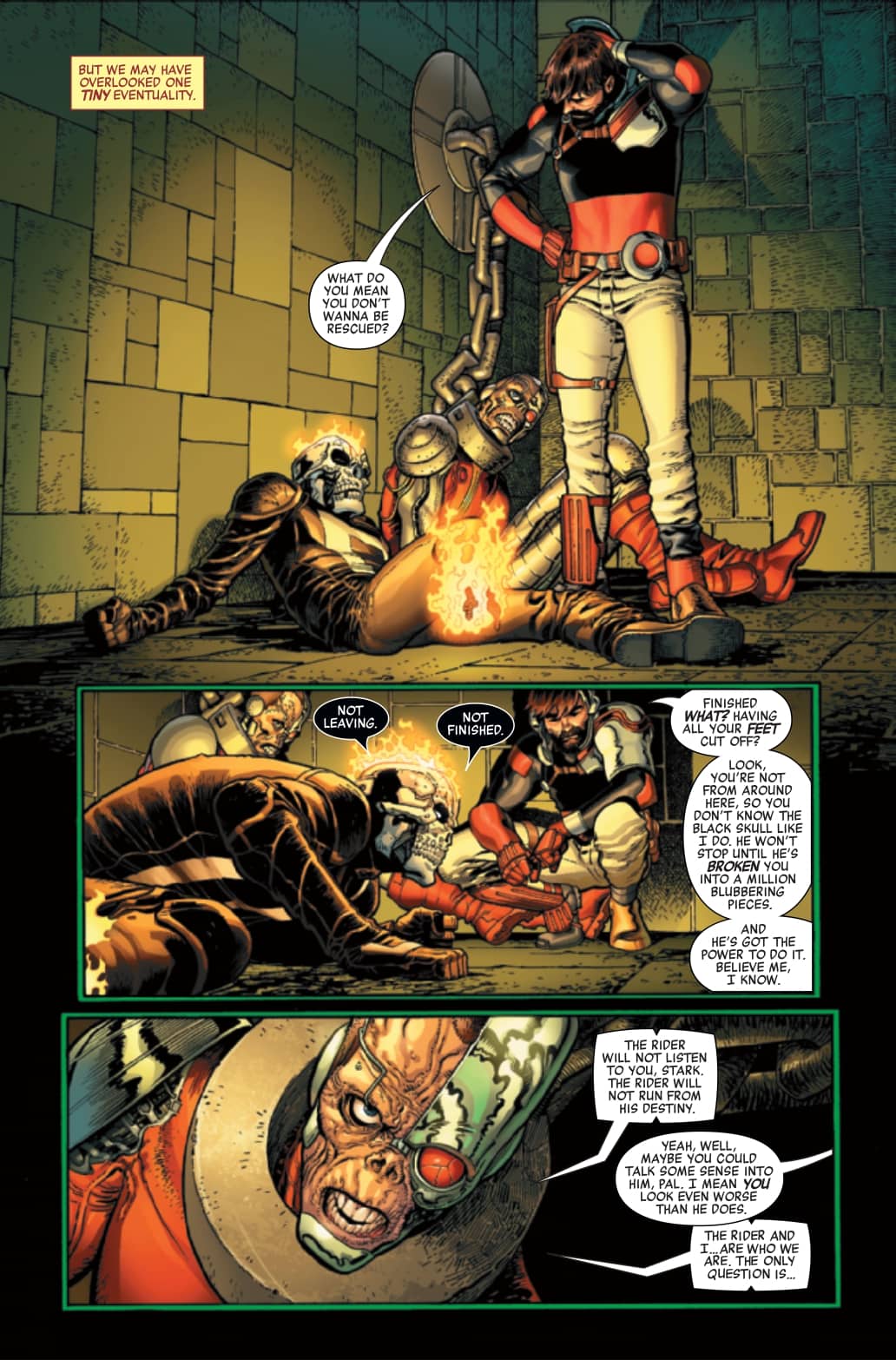 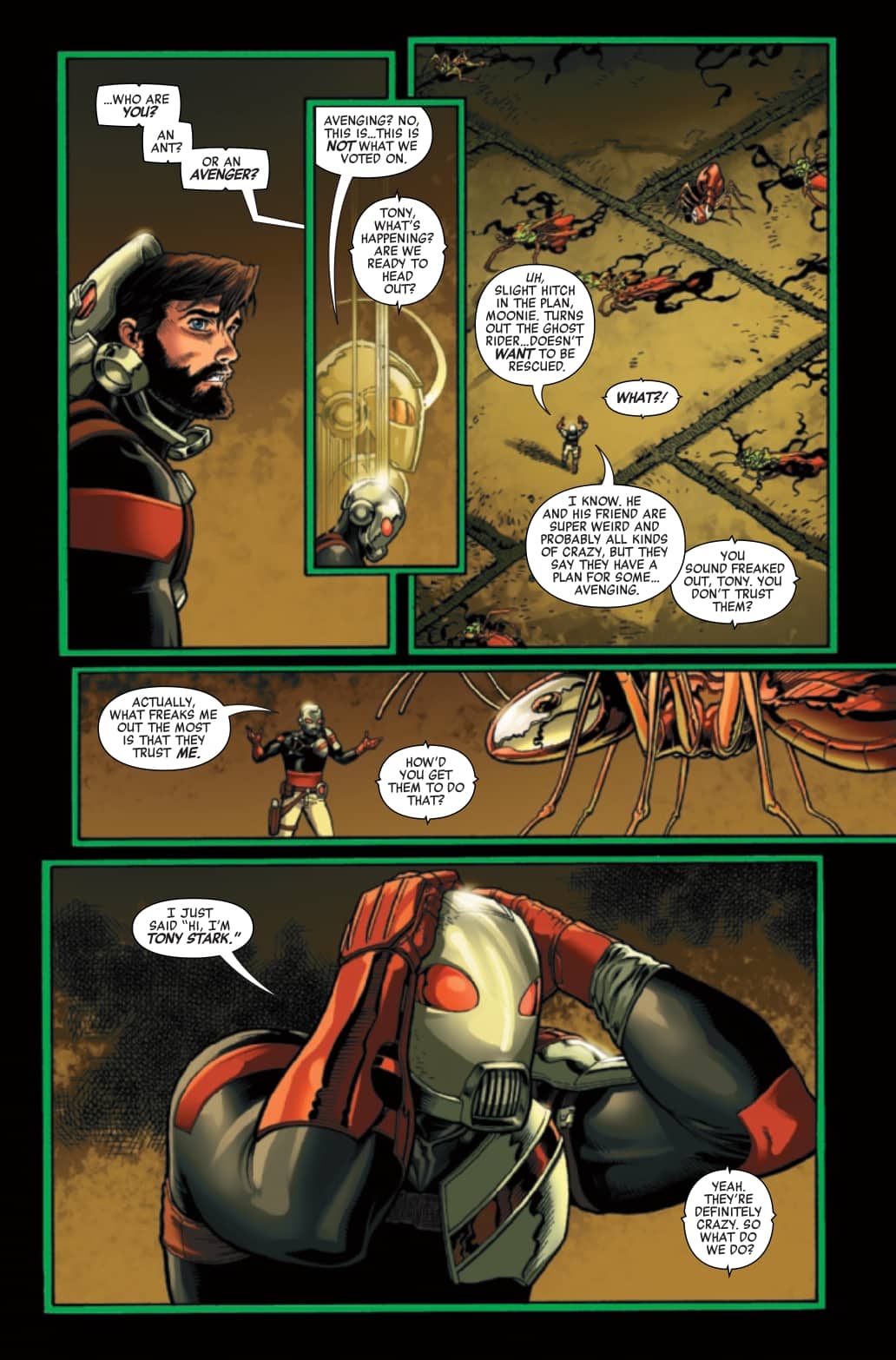